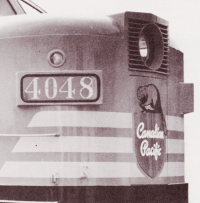 Here is another First Generation Diesel-Electric manual. A nice illustration of a hostler's station (for B units) is included. Where helpful, illustrations have been enlarged and repeated after their original pages of text.

Consider the employees using these manuals. They had Company and/or manufacturer training ... and trips with manufacturer representatives on board for the earliest runs. However, these employees were accustomed to steam locomotives.

An unusually friendly and welcoming subheading under Throttle Handling (Page 23) ... is 'How it Works' ... as if this were a new household appliance! "Hey kids, do you know how a spin washer removes excess water?"

Having written that, I checked the Operating Manual for the M-630 and M-636 (printed Jan 1970 - 19 years later). One comma was missing, but the 'How it Works' paragraph is identical!

... A great amount of care probably went into the language used in the manual to keep it economical, clear and simple - to ensure the workers would successfully adapt to the new power, and so more units would be purchased from this particular manufacturer.

Contrast this to the legendary (perhaps imaginary) railroader culture of steam: 'If you don't know what a[n unlabelled] lever, valve or gauge does, you don't belong in my cab!'

Some railroaders contemptuously likened first generation diesel operation to driving a bus. The cab was nice and clean and sealed from the weather. The potential human-searing and human-rending brute forces of the beast were generally sequestered within castings and behind cool-to-the-touch shiny painted sheet metal. And lo and behold! ... at the end of a run, you were still relatively clean!

... This idyllic state probably lasted for a few years - maybe until the first photos of primitive mainframe computers bumped the photos of early diesels from 'Annual Report Service'.

As the units aged; as their frustrating idiosyncrasies became known; as they began to leak fluids and ring bells; as the different locomotive breeds fought with each other (if they could be mu'd at all) ... engine crew members found a new and slightly different calling from their steam predecessors. The honourable professional badge of getting dirty at work returned.

If you are invited to run a nice clean 'bus', enjoy it while you can.

While the engineer concentrated on staying on schedule; grabbed stripped and pitched order hoops on the fly; then modified his previous mental map of the train's meets; noted the lead engine numbers of all trains encountered and observed all 'signals displayed' by them; made up time; watched everywhere for fusees and flags; looked back for hotboxes; guarded against low air and high speed; whistled from the post for every crossing until fully occupied; kept the day's new slow orders in mind; watched for trackside Company Officials hoping to delight the crew with the surprise of a friendly wave and a later note of thanks for a job well done; made unofficial modifications to speed limits to avoid stalling or doubling on grades when over tonnage - yet again; tried to determine which distant flickering star in the Yard Constellation was associated with the life of his own trainman and the possible loss the engineer's pension ...

While these and a few other things were occupying the engineer on a typical day ...

Perhaps he had some confidence that his defective, idling unit - four locomotives back - would be deliberately brought back to life at exactly the right moment ... and that it would pull for at least a few minutes before failing again ... so the train's ascent of the ruling grade could be made.

Before train-to-wayside radio everywhere, with only a paper operating manual (like that which follows) and on-the-road experience as resources ... locomotive failures were often being fixed at essential times without stopping trains.

... Those 'redundant diesel firemen' were still making their trips while waiting to be 'set up' as engineers ... and they were doctoring failing units to prevent on-the-road delays. 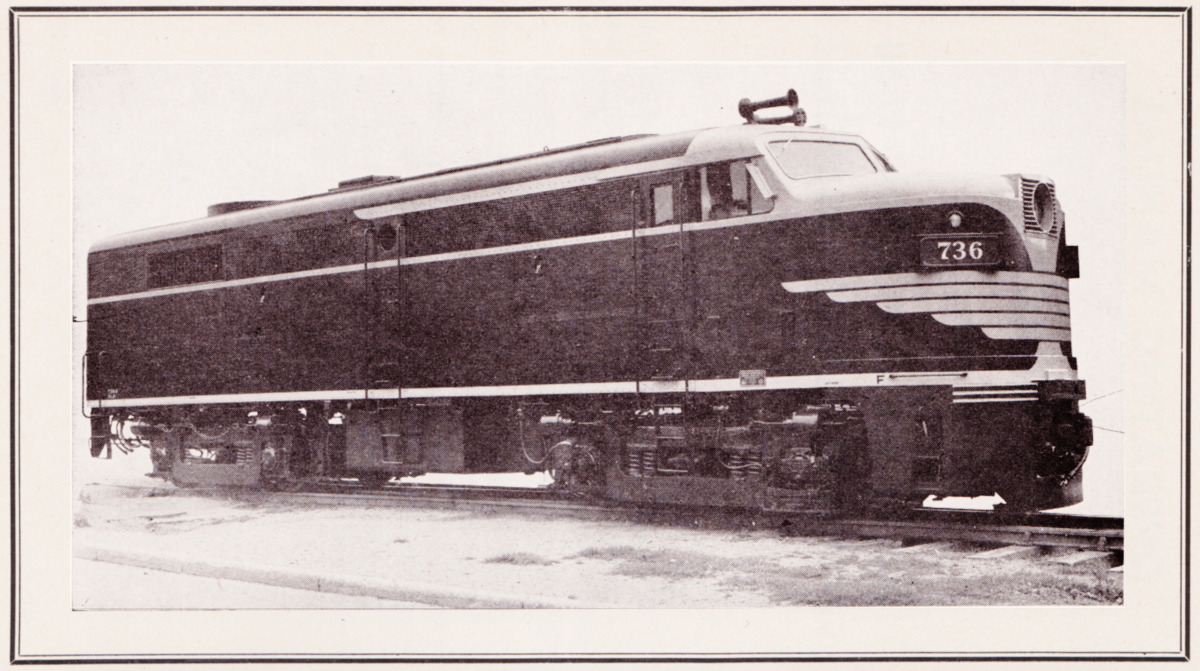 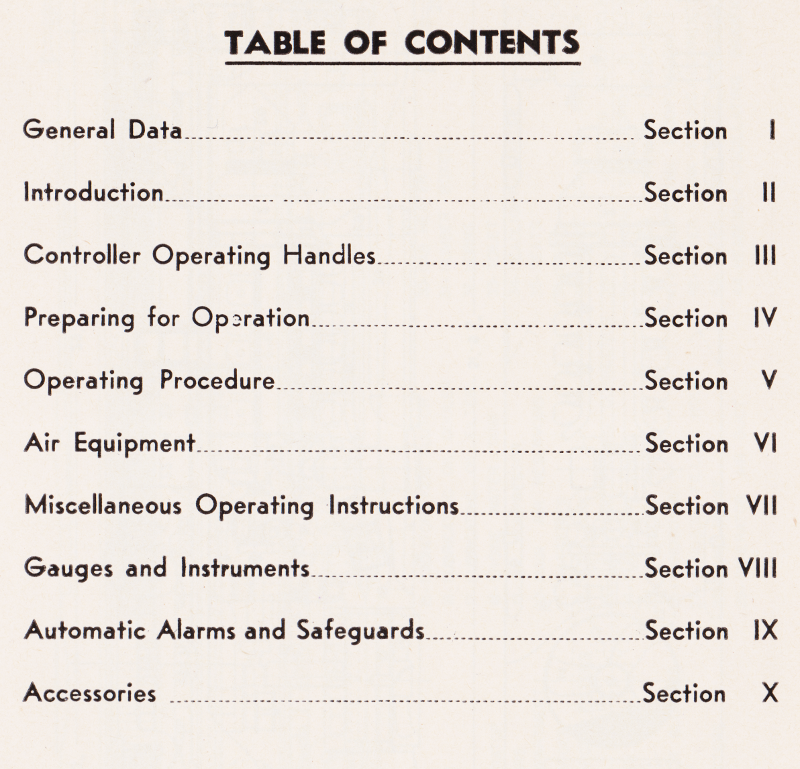 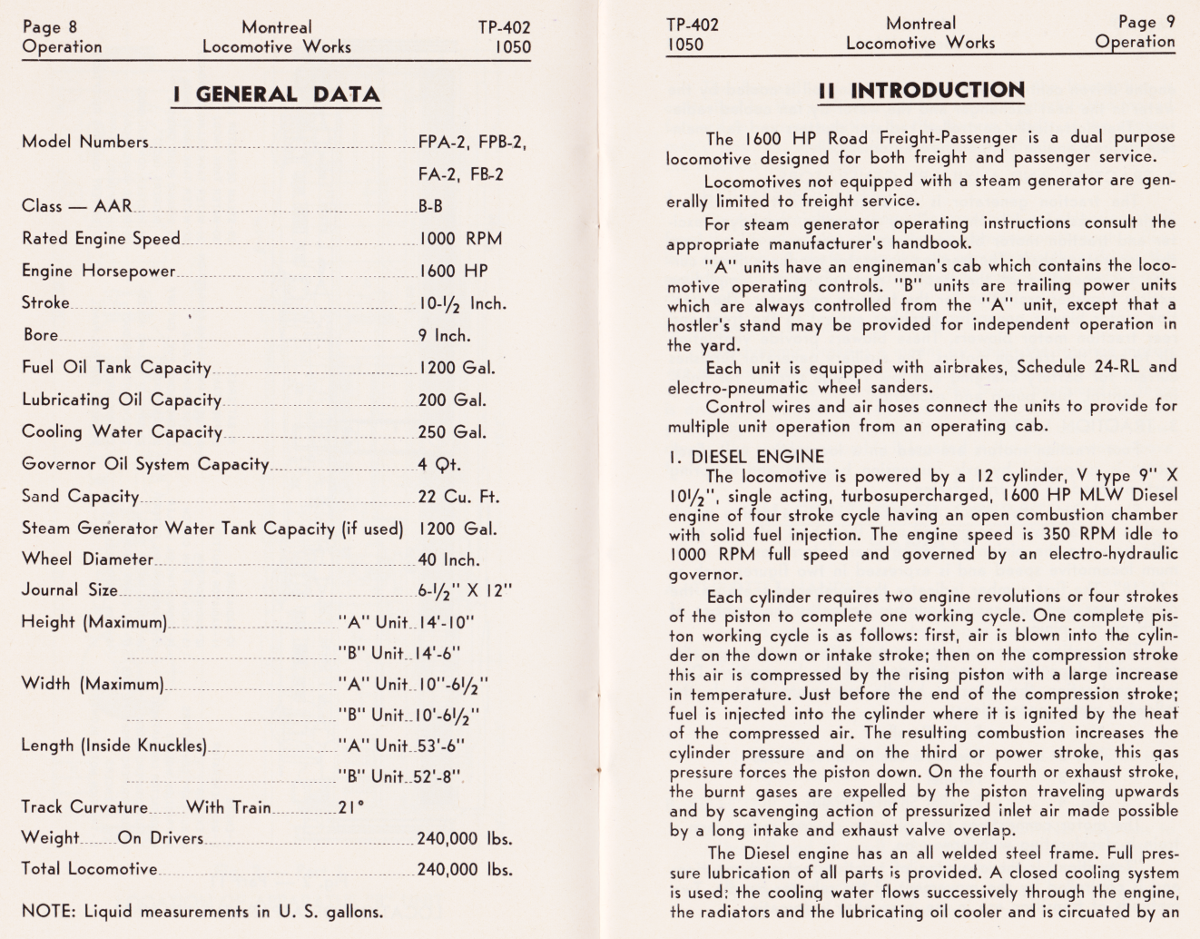 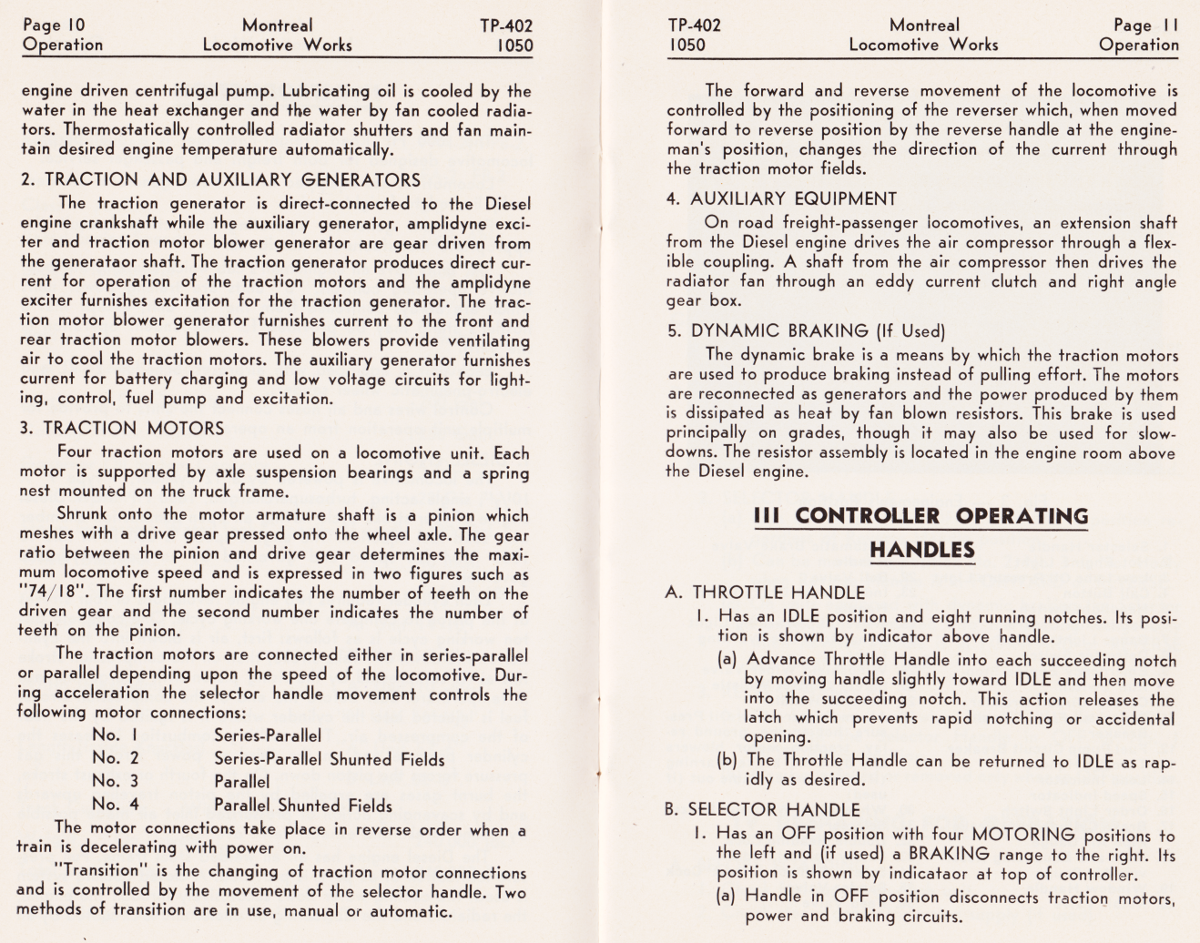 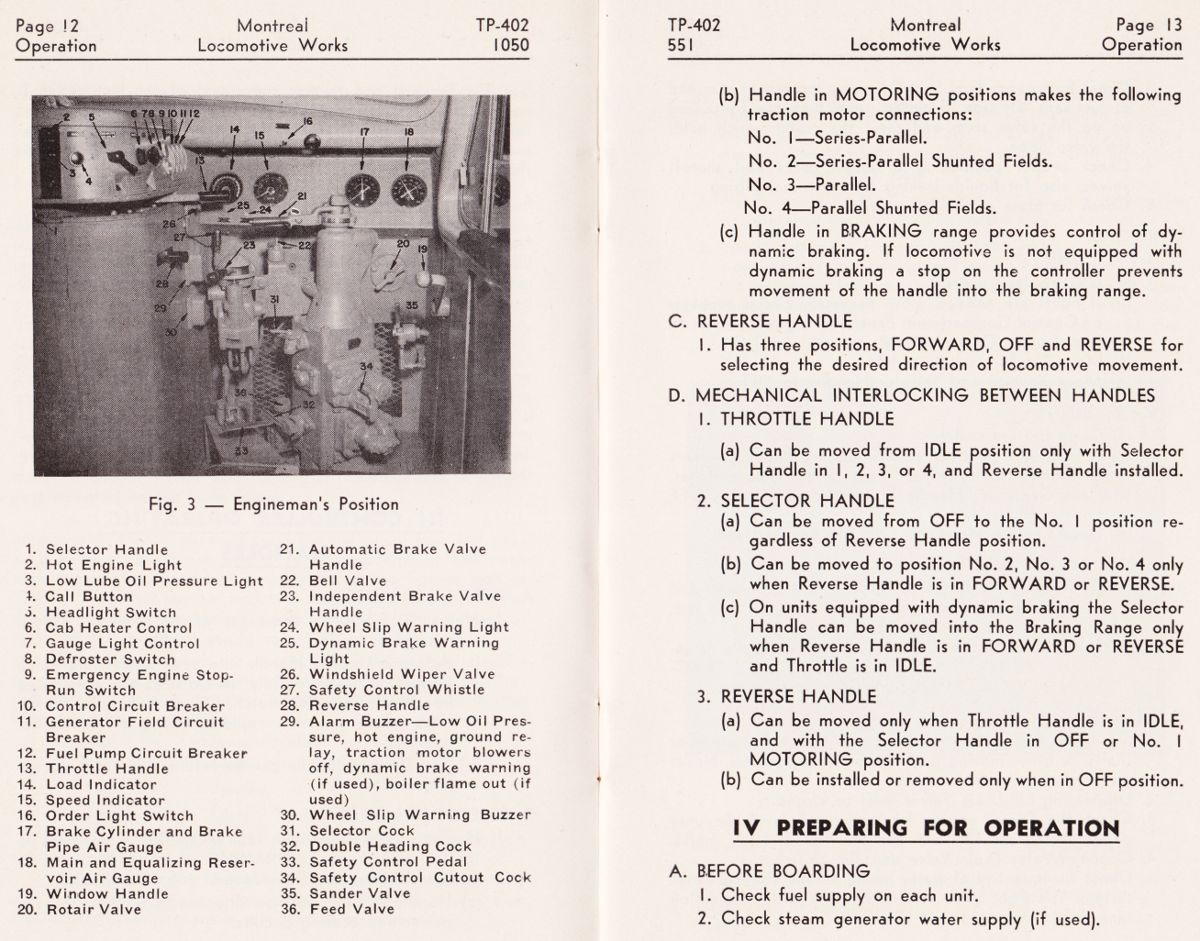 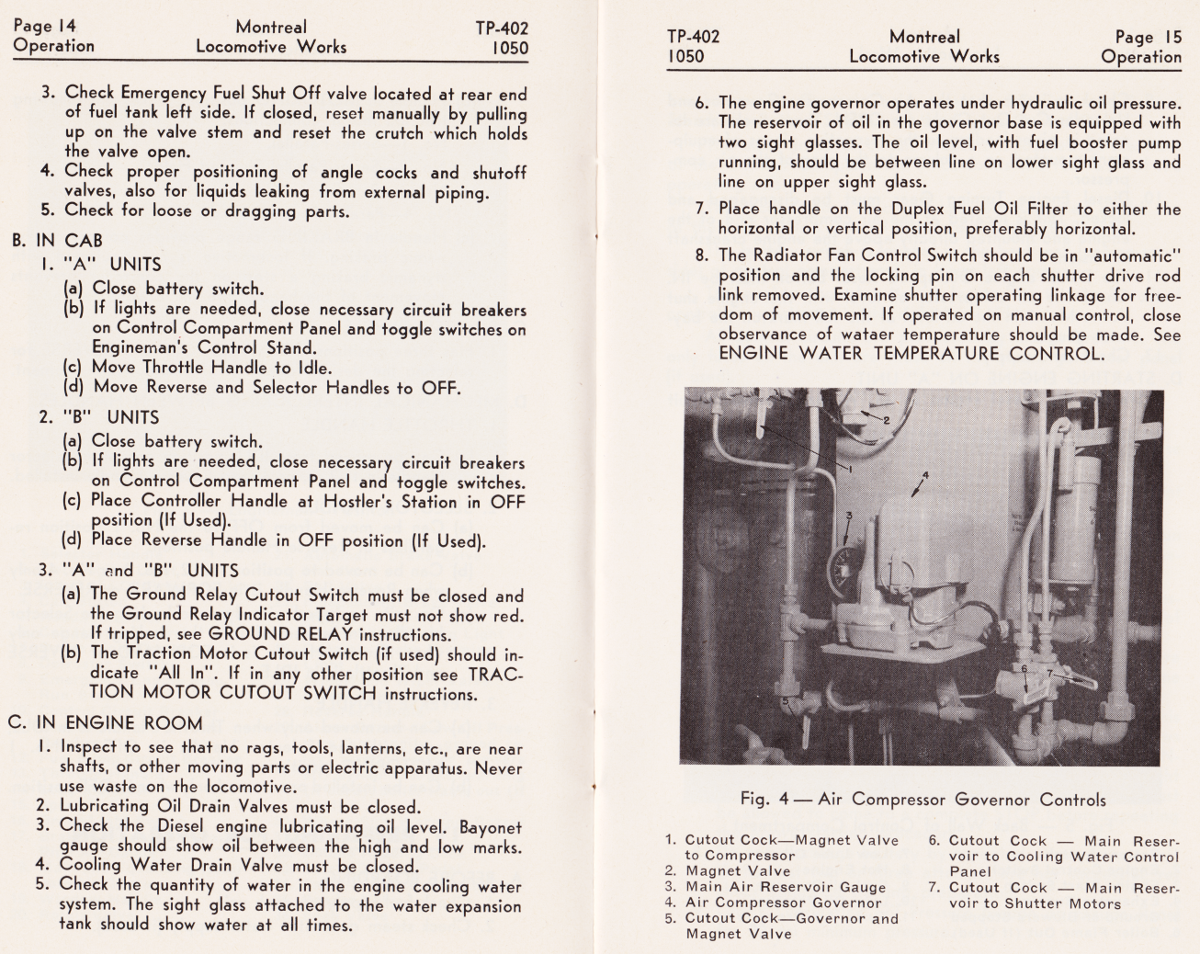 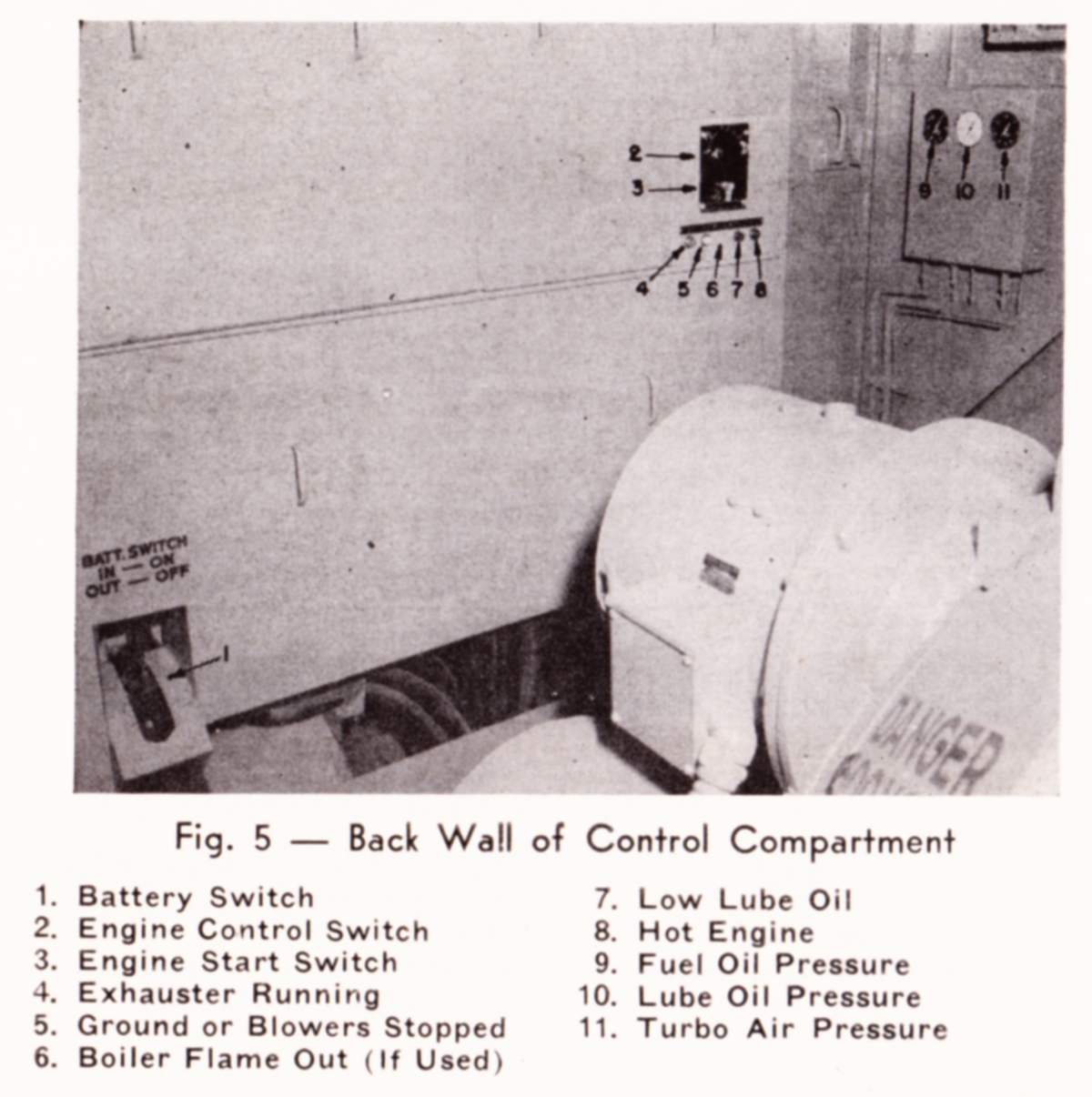 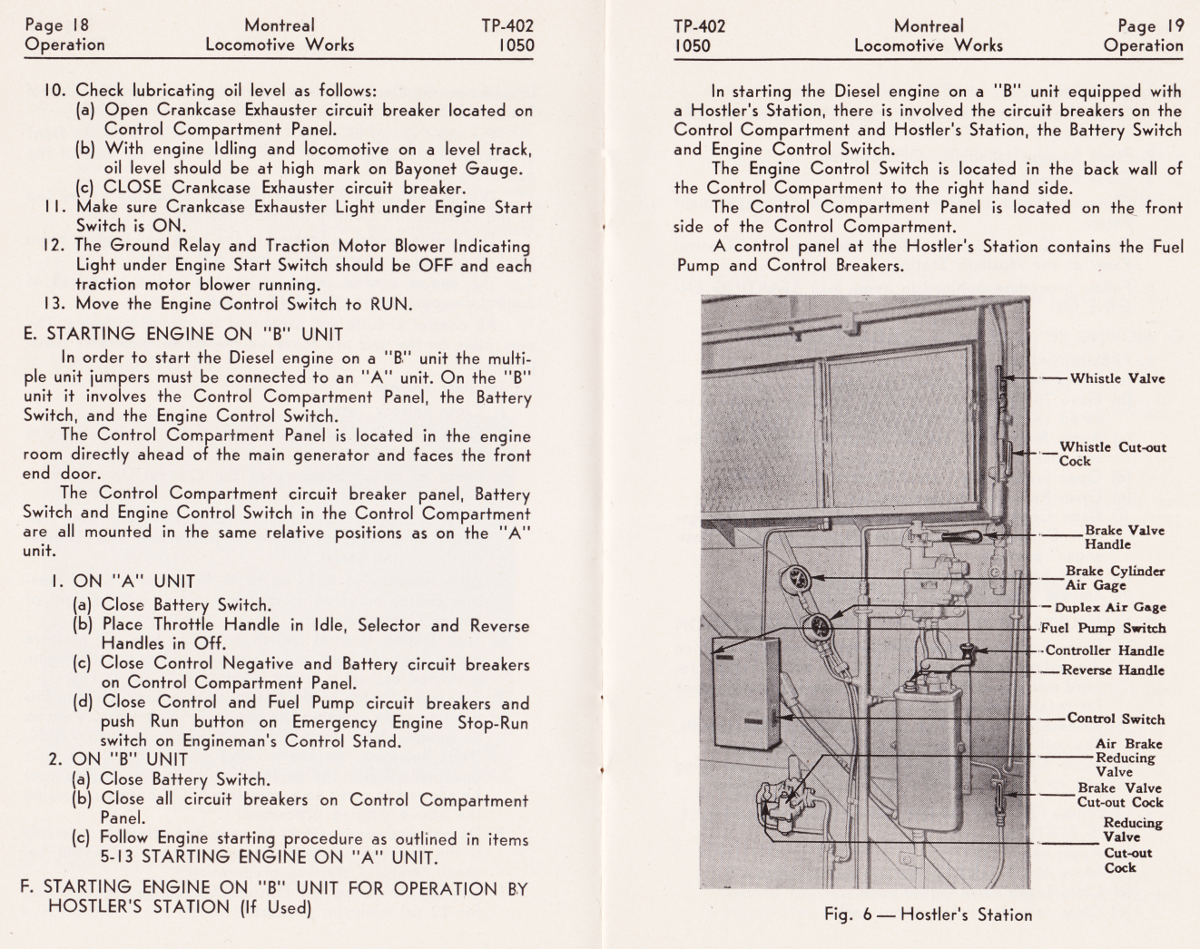 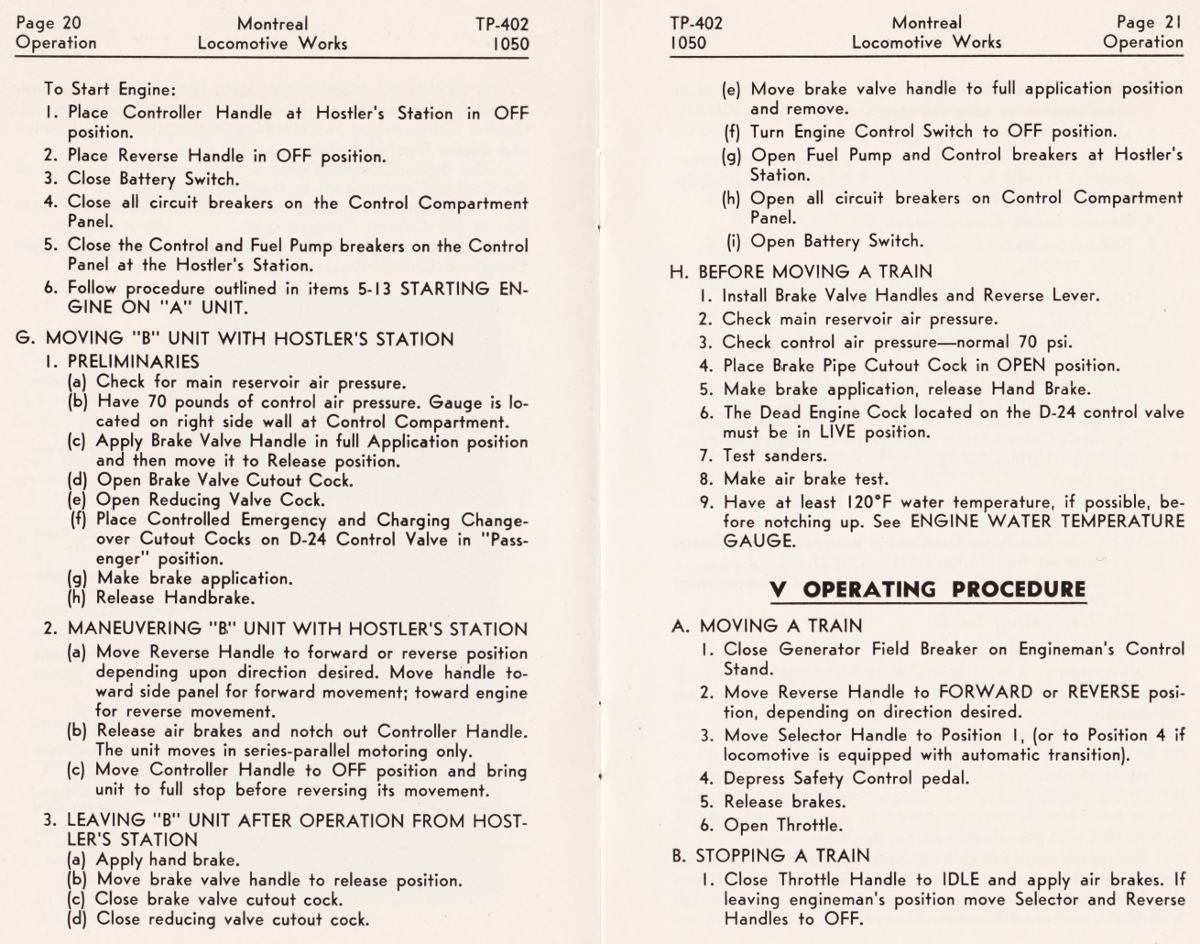 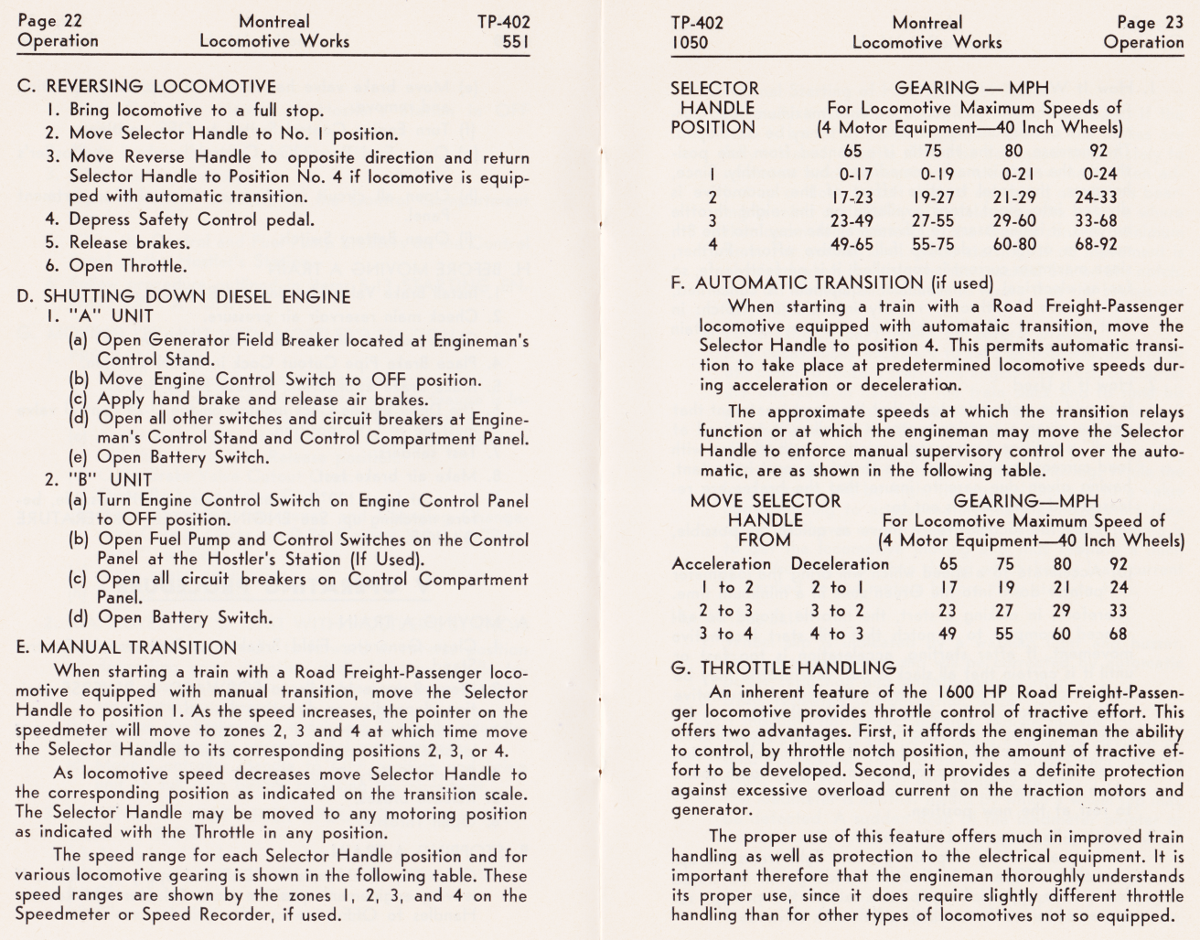 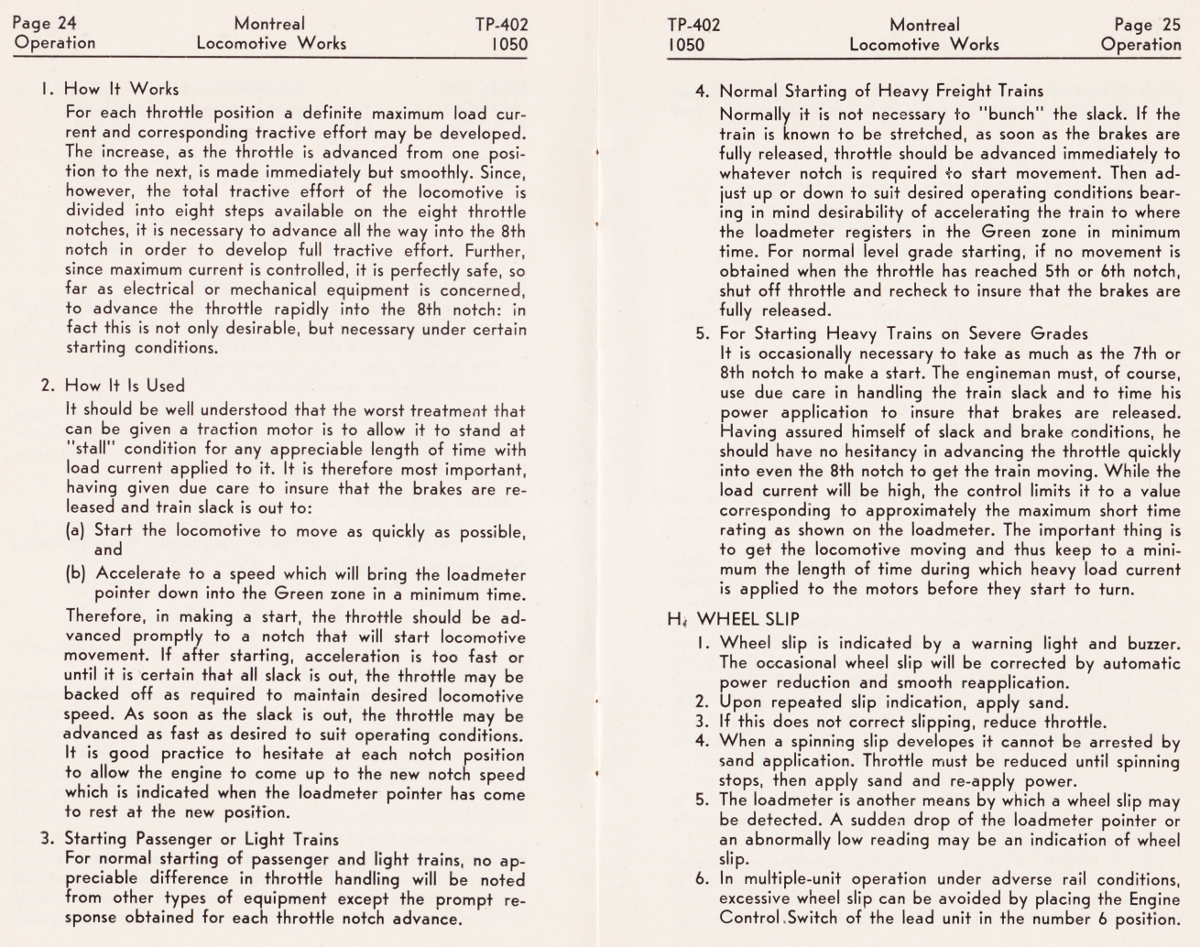 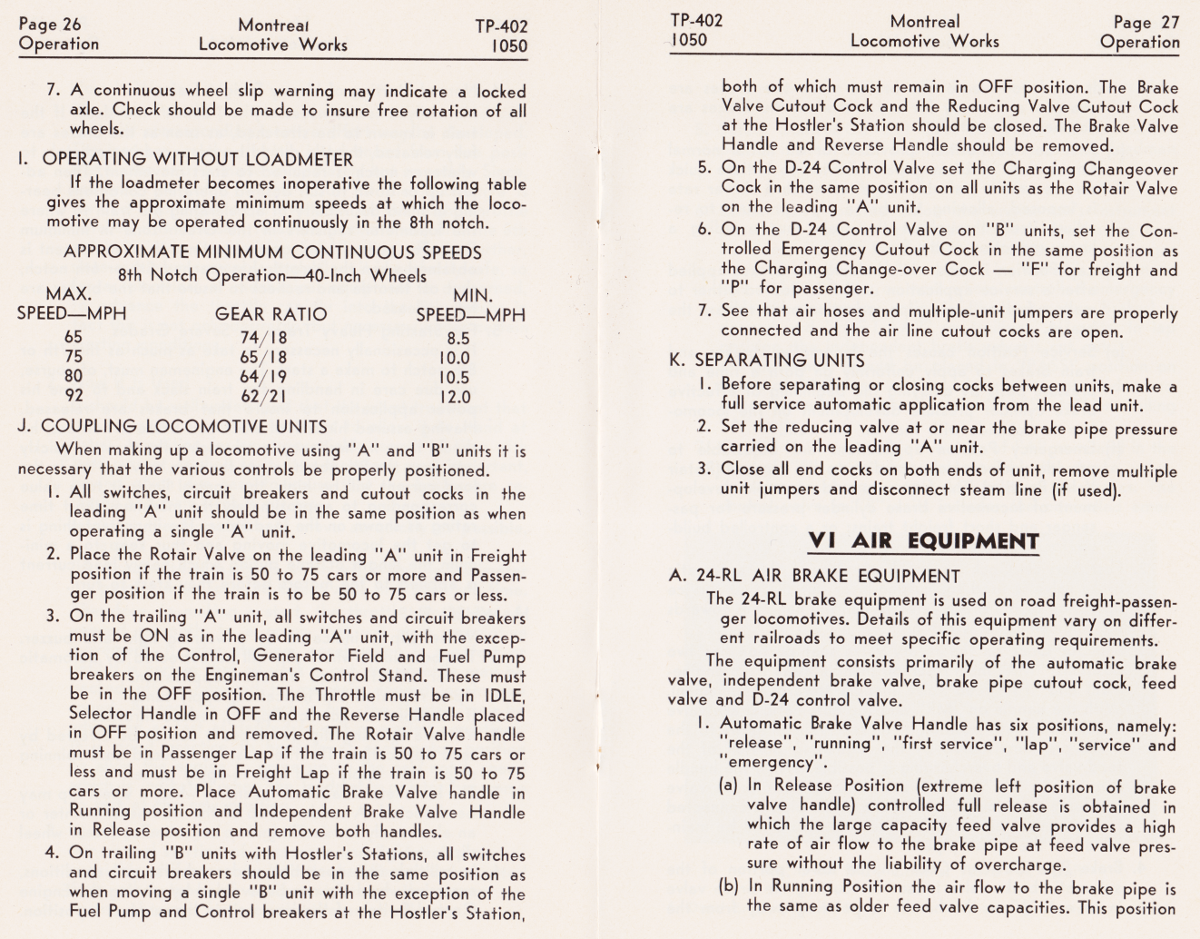 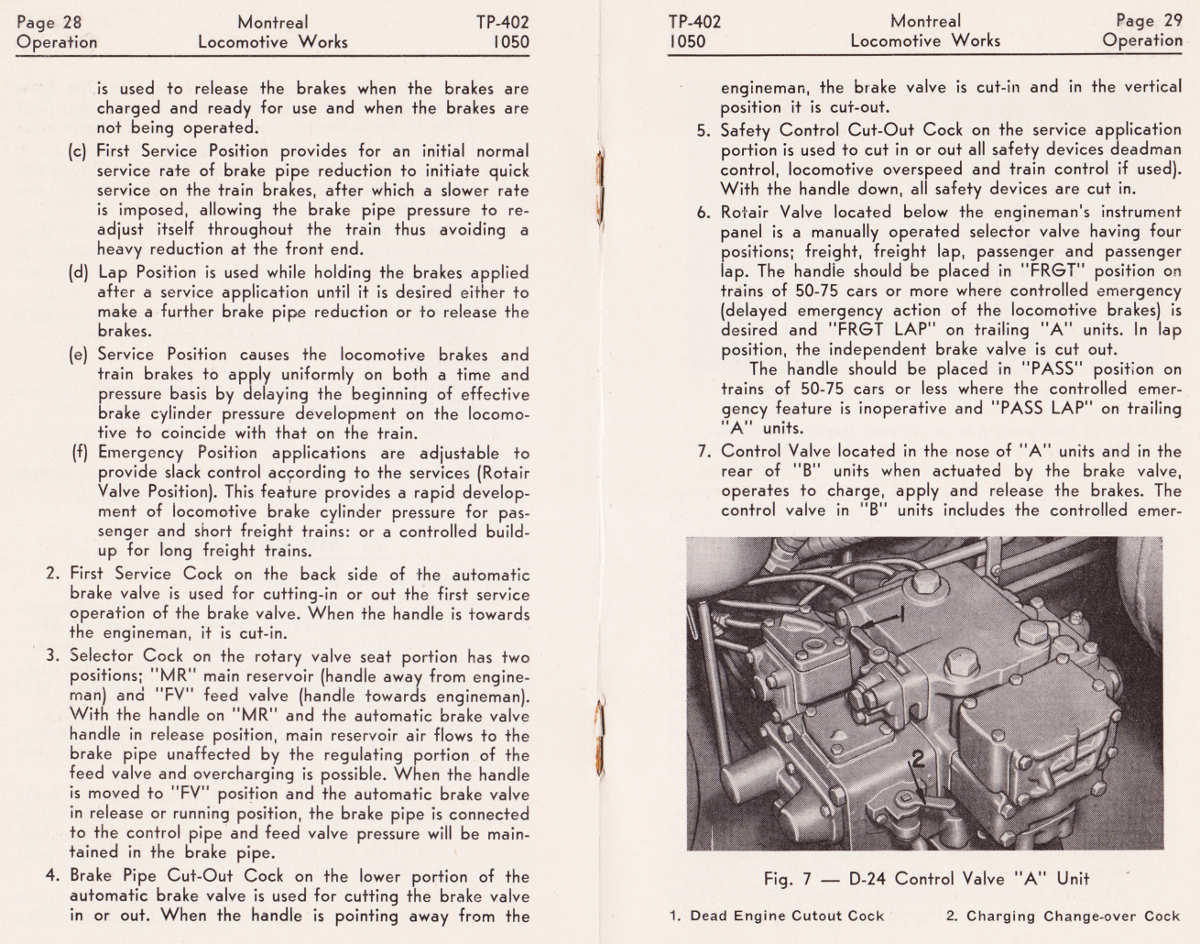 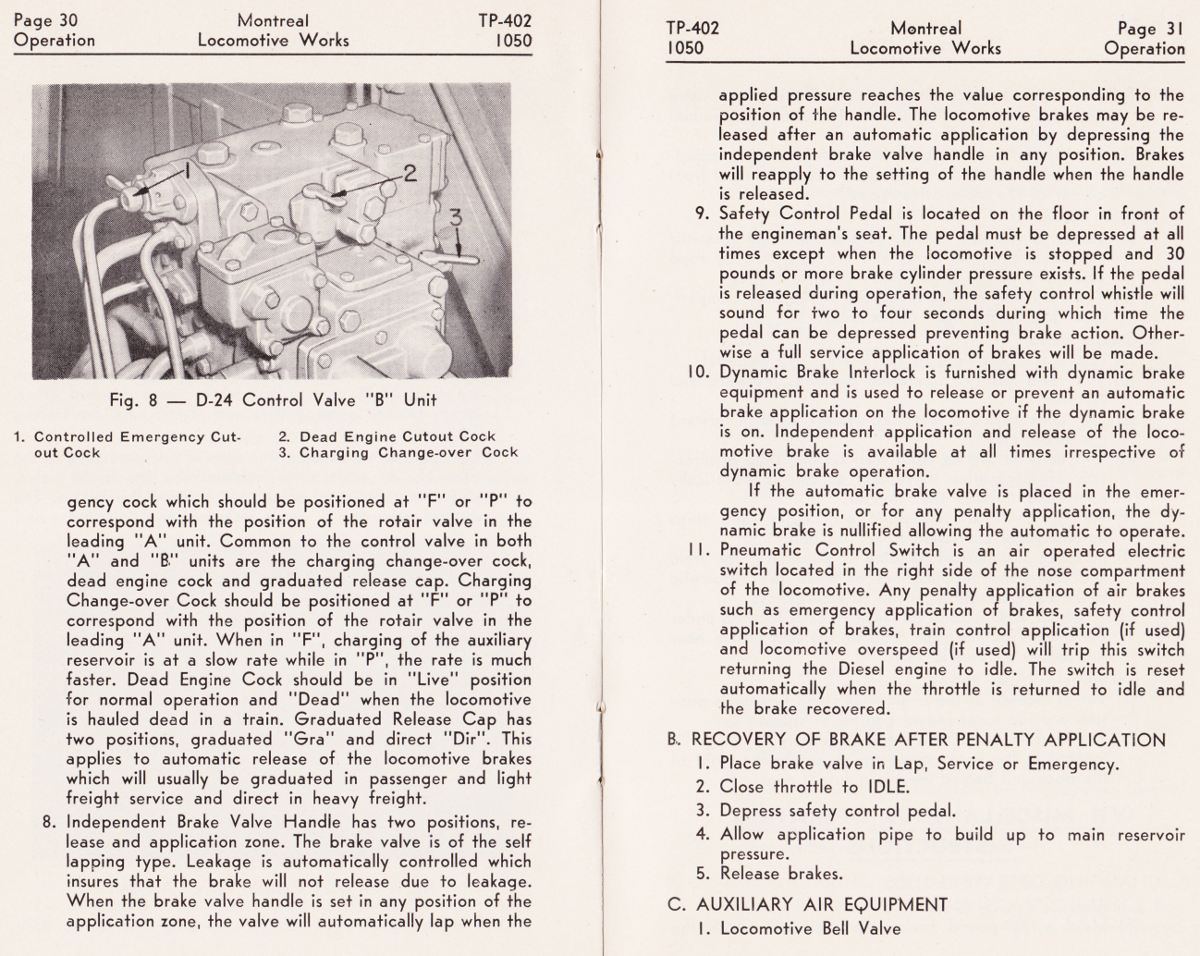