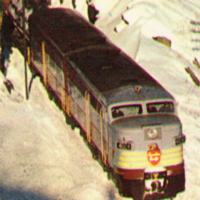 Here is Part 2 of the FA-2 operating manual. Whether you want to deal with a ground relay or bring a unit back on (the) line for the ruling grade, you're sure to find the index at the back quite handy for all your on-the-road troubleshooting.

Rolly also had a story relating to these units in their old age ... 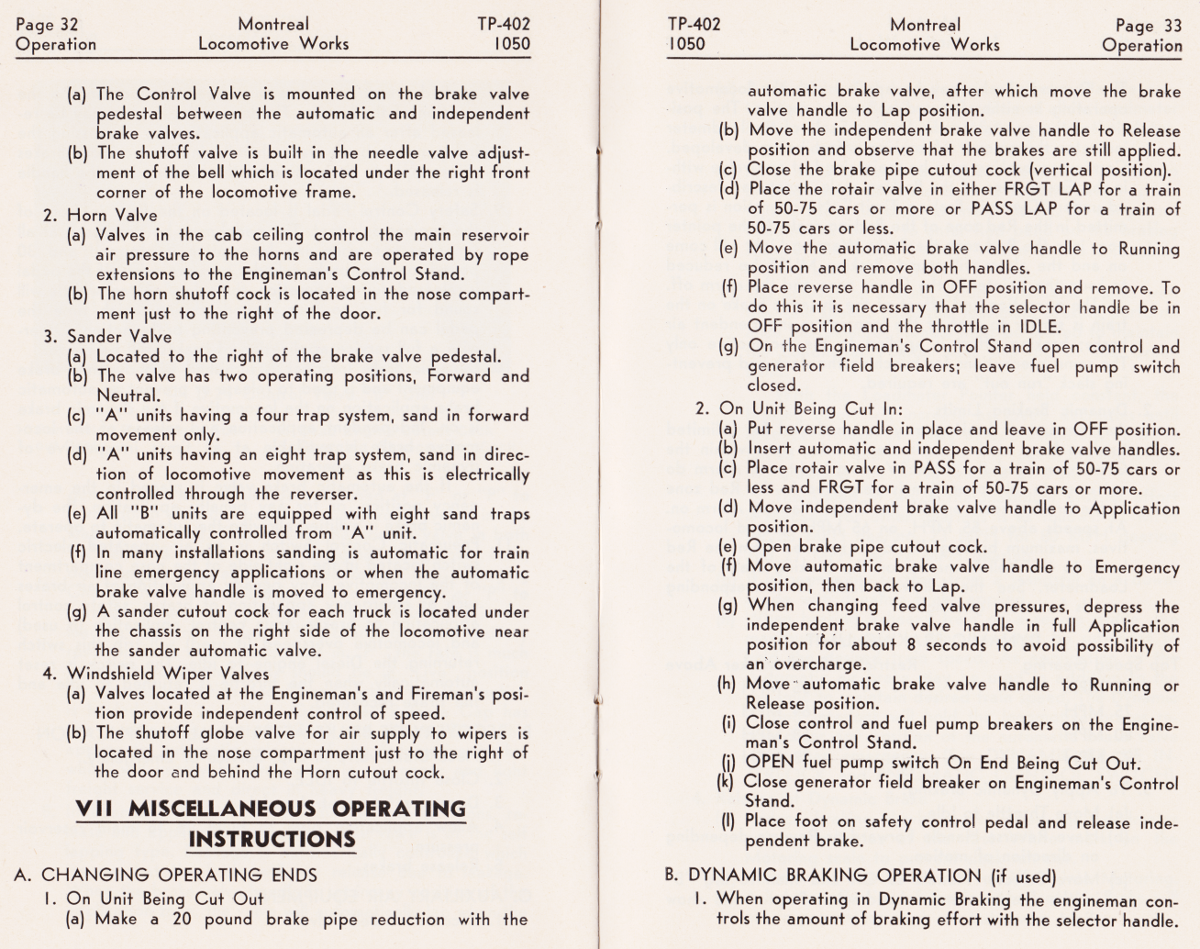 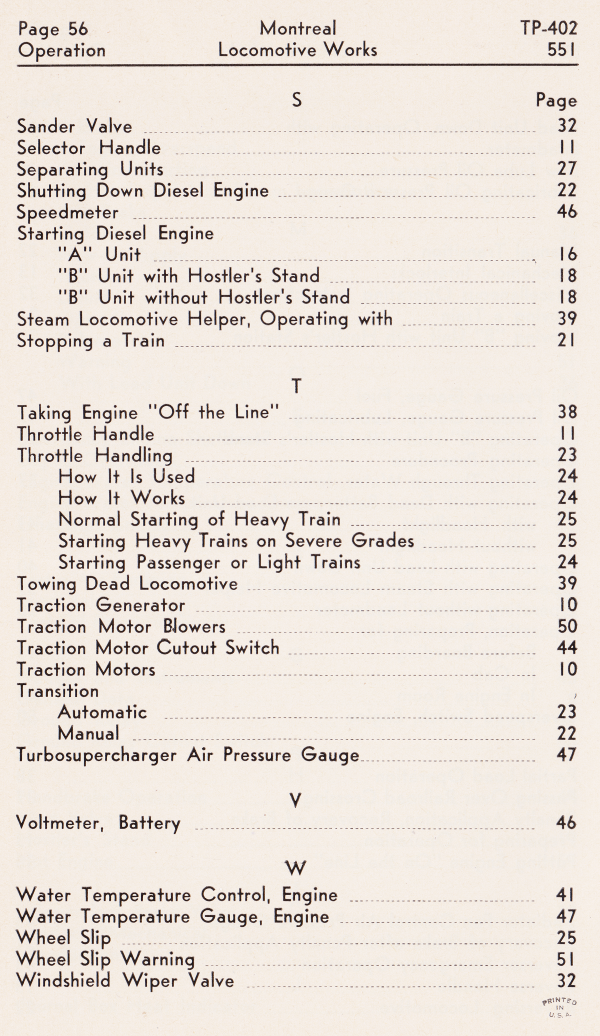 Waiting for Nicholas Morant to get his photo, a westbound led by an FA-1 is photogenically waiting at Jackfish Tunnel. In the cab there seems to be the period's normal staffing complement of the engineer, fireman and headend trainman. The snow in the knuckle pocket speaks to the snow and drifts met on the way ... there are very few road crossing snowplow windrows to be encountered on this section of the line. The telltale over the second unit deserves to be noticed as well.

Looking very closely, the van and locomotive are so perfectly positioned. This might be a coincidence, because one wouldn't expect a train length to be custom-designed for a photograph. If one wanted to get the power and the van precisely in the right spot, one could always spot the van, cut the train behind the tunnel, and then spot the power.

Living in a Small Railway Town Pictured above is Nipigon in an undated Oakman postcard photo. At the top of the photo, the track leads eastbound. The fill of the former Canadian Northern line to today's Thunder Bay can be seen at the right margin.

In 1977, I encountered some full carbody bell-ringing B units still in service along here. As an inexperienced spareboard trainman, I was quickly briefed by the engineman on what to find and what to do when I got back to the offending unit. If no significant grades were ahead, the unit might just be taken off line to silence the bells. The ones I walked through had portholes, so I assume today that they were F7B's.

In the mid-1990s, Rolly told me a story of a slightly earlier time - probably the early 1970s - when he was running an eastbound freight which was put in the siding you see here at Nipigon. I just double-checked and the departing freight was sitting on a grade - consistent with the story.

The first time I was told this story, I think we were looking at a book with photos of FA's in it - identical or similar to the subject of this manual. That is why I am including it with this post. Rolly pointed to the units and noted that he had some of these 'old cows' in his locomotive consist.

... So the time has come to head east and Rolly was having no luck getting his train to move. Maybe the journals (as applicable) were too cold, maybe the units were 'tired' and no longer capable of their rated horsepower, maybe a sander wasn't working properly. There are so many possibilities.

Just like an engineer is singled out when a knuckle breaks ('bad train handling') he feels singled out when he can't get going ... the dispatcher wonders what his failure is. In answer to one of my train handling questions, Rolly once told me you don't have rush in and try to stop right at the light (as long as you clear) ... but when you get your light "Get goin'!" as Rolly put it.

In great frustration, and as a last resort, Rolly probably used the steam era practice of starting the train one car at a time - by reversing to gather some coupler slack before pulling forward. I emphasize he had great frustration with the 'old cows' which were incapable of doing what CP Power Control promised they could do. And he was trying to start on a grade and on a long, mainly gentle, curve which probably added a bit of extra 'wheelage' to his challenge.

I am being conservative in remembering these details ... I think his last effort at "hogging her out" resulted in 3 broken knuckles and 1 broken drawbar. The Master Mechanic was in the neighbourhood and he made a courtesy visit to the cab: "You've made a hell of a mess, Rolly!"

Here was a unique aspect of living in a small, remote railway division point ...

Rolly's spouse Theresa went to the Schreiber station (division headquarters) on the following payday to pick up his cheque.

The clerk looked through the envelopes and told Theresa there was no pay for Rolly.

She was very puzzled - there must have been some oversight?

The clerk replied: "Rolly has to pay for the damage!" ... paused to let the joke sink in ... then he handed Rolly's pay envelope to Theresa.