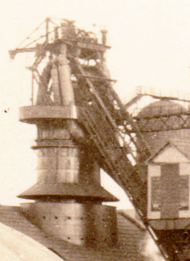 Here are a few old postcards.

Except for the card of the Packard plant, the first few are 'linen' postcards. They were so named because the image texture resembles linen. Cheaper inks could be used with these cards. These linen cards have no image description on their reverse sides.

The first example shows some kind of printing or production problem. One might expect such 'wear' in the postal system - however, this card was never mailed. 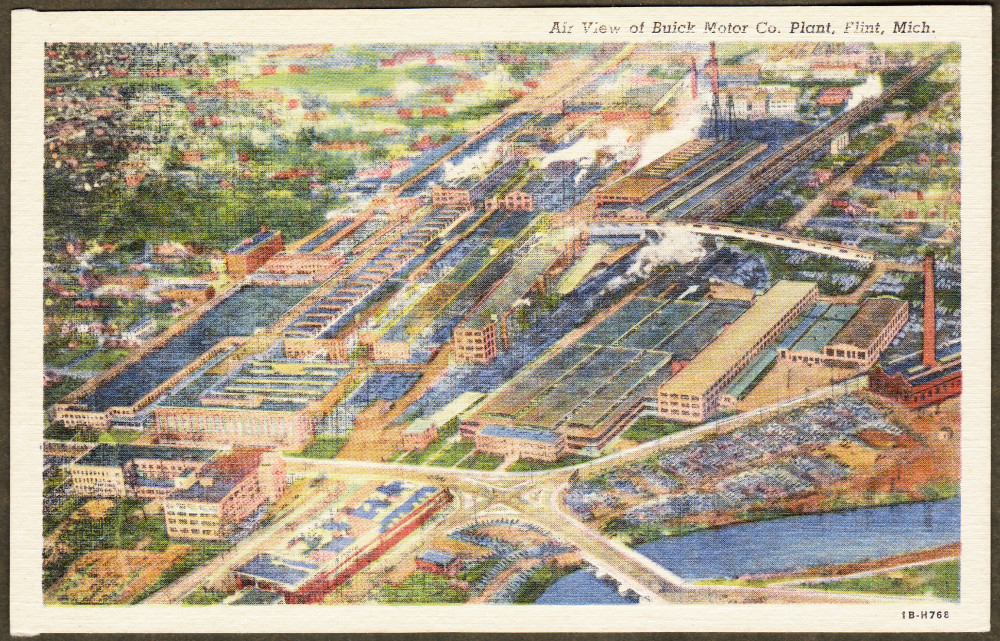 If there is a theme with this post, it is smokestacks and auto manufacturing in Michigan.

The maps below show the rail system near the three locations pictured:
Detroit, Dearborn (just to its west) and Flint - near the north east corner of the map.

The map above is from 1928, and electric interurban lines are shown with a dashed line.

The map below is from 1912, and electric interurban lines are shown in blue. 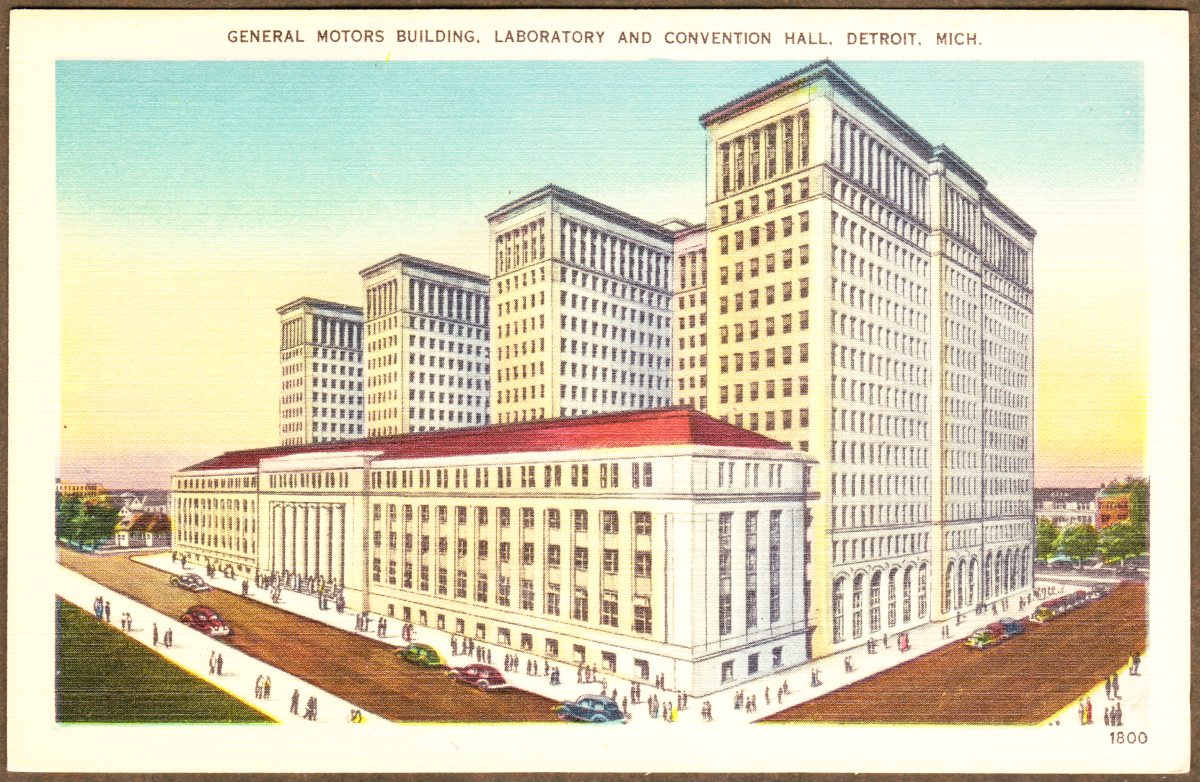 The Detroit map, below, from 1923 is split horizontally to provide the highest resolution possible.

The map above is interesting primarily because it shows the locations of railroad lines.
You will notice the city limits and some street names have changed since.
The scheduled water routes do not include the speedboat crossings after the 18th Amendment to the US Constitution. 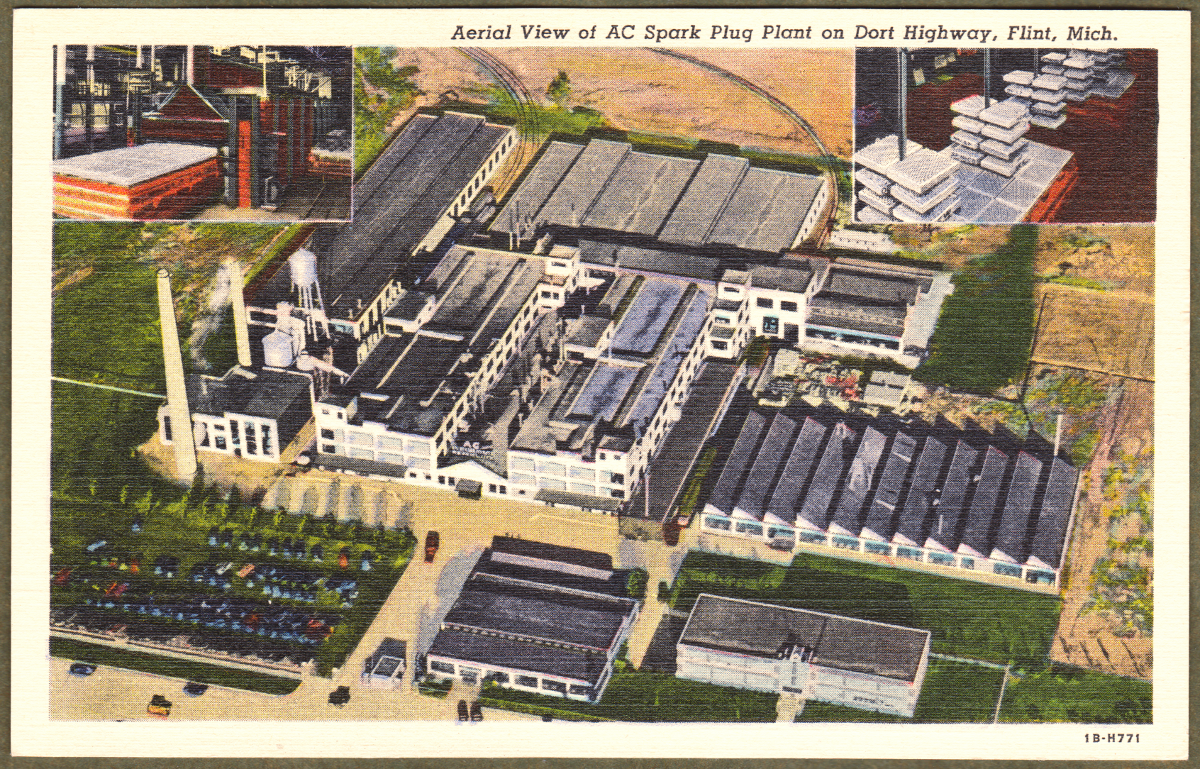 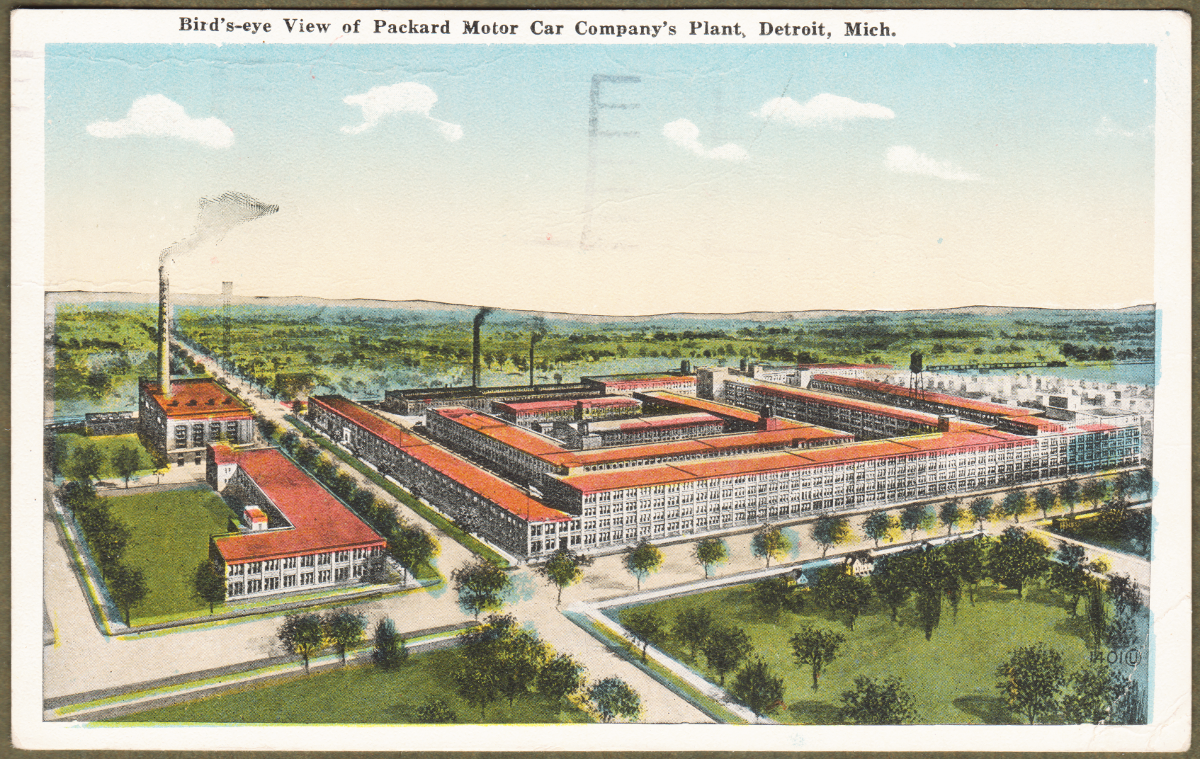 "The Plant of the Packard Motor Car Co
The illustration on the reverse side shows a bird's-eye view of one of the largest
Automobile Factories in the world, and is one of the industries that has made Detroit famous."
This card was mailed from Walkerville in 1925. 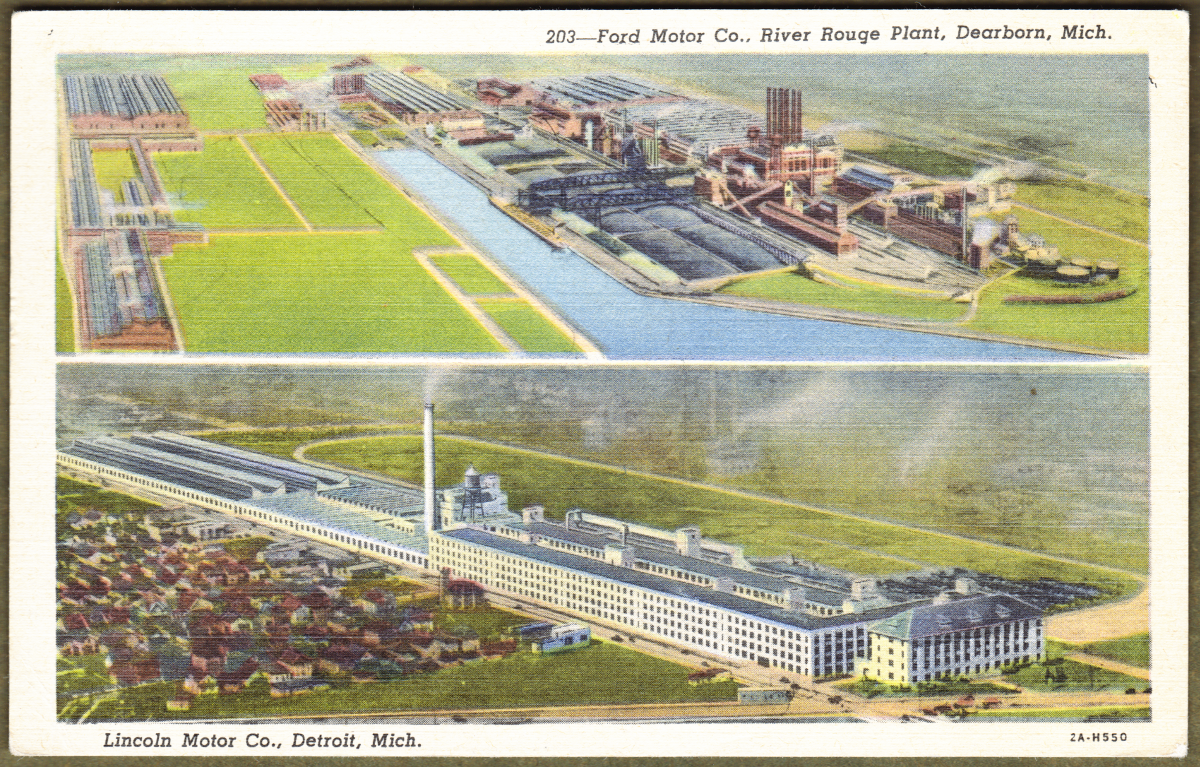 The last two cards are unused and show the advantages of acquiring 'real photo' postcards.
The location is Dearborn, Michigan. 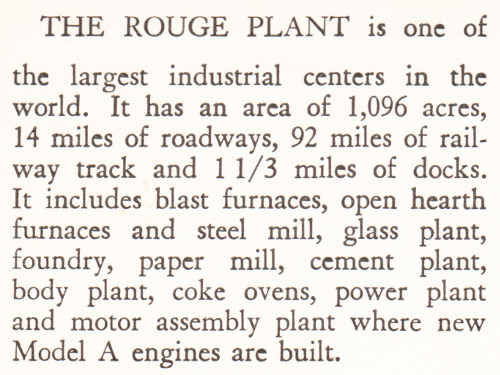 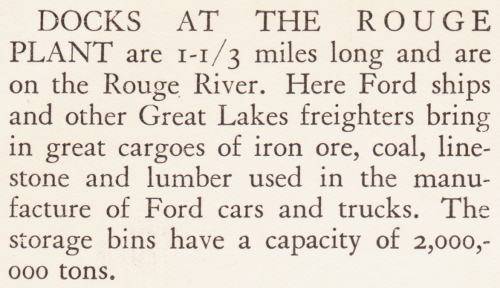 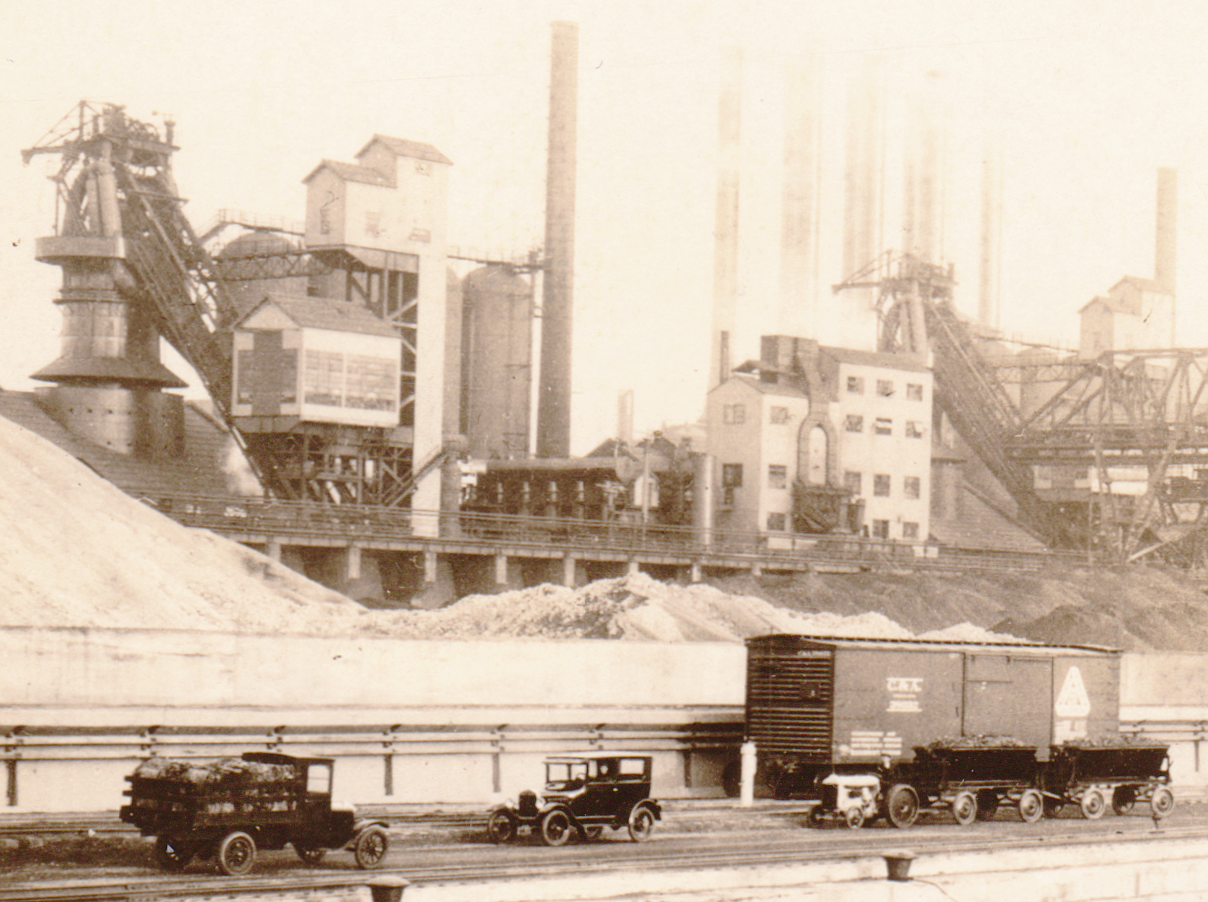