The Delaware and Hudson in Recent Memory 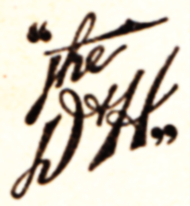 This post looks mainly at the Delaware and Hudson Railroad Corporation (1930) in recent memory.
However, older references are included for historical perspective
and this account also tends to be personalized.

If you are interested in this railroad, you should purchase: In 1887,  here is how the railway was listed in the Official Guide.
The canal was in operation until 1899.


Originally, the company was established to transport 'stone coal' - anthracite - from the area near Carbondale, Pennsylvania to New York City.

Typically, anthracite's carbon content is over 90%. It is ignites with some difficulty, burns with a blue flame and requires a draft from below to burn. It was more likely to be used in a residential or urban setting where its clean-burning qualities were worth the extra expense. While some steam locomotives burned it, you'd be right in assuming our Canadian steam locomotives - with their orange or yellow fires - were generally fueled with softer, cheaper coal.

In the original D&H charter of 1823, the enterprise was empowered to connect the Delaware and Hudson Rivers by water - in other words some kind of lake-river-canal combination. You can see the downstream canal outlet on the 1887 map below - at Rondout on the Hudson.

This account quickly goes off the rails as I introduce one of many personal perspectives. In the 1960s, we didn't aspire to visit the Canadian Railway Museum or Exporail or St Constant ... we wanted to visit 'Delson'. From an early age, we were informed that this was a railway contraction of the name 'Delaware and Hudson'. Through the ages, my father seemed to have a particular interest in this railroad and in recent years I have developed at least three conclusions to explain his interest. 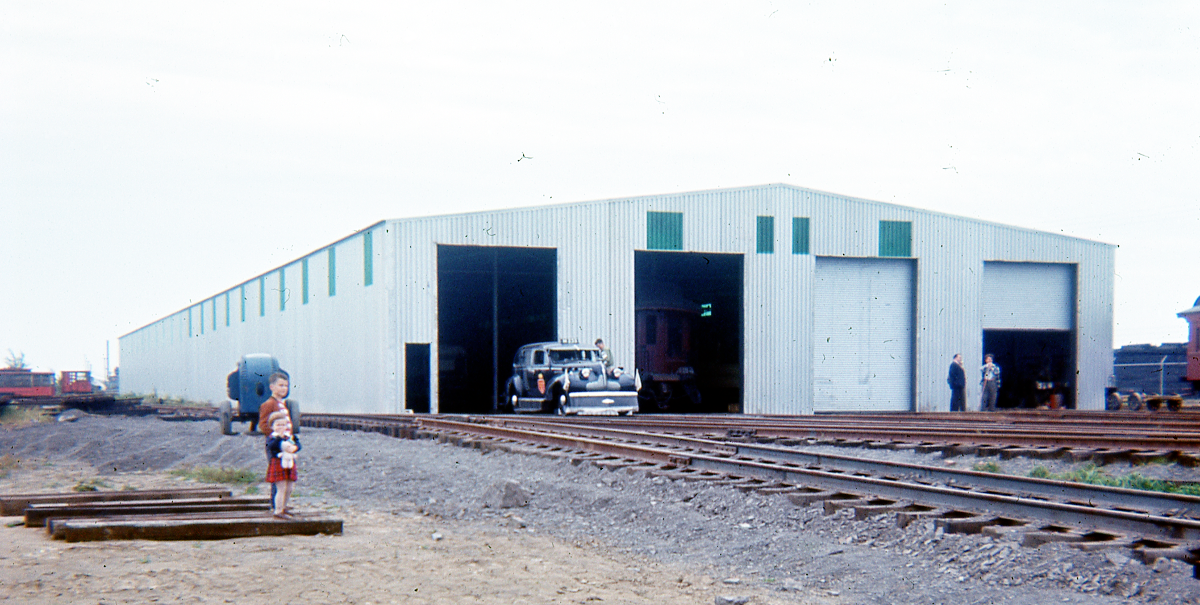 September 27, 1964 at Delson.
I believe we were visiting cousins at Vercheres overnight.
The newest member of the family did not attend.

From this map published in the Canadian Rail, above, you can see the interchange of traffic which could take place at Delson. The corporate data below explains the identity of the third railway at Delson.


Poking around to find a map of the Delaware and Hudson 'railway territory' into Delson,
I almost missed another area of D&H territory (in 1915) to the east which I had not known about.

Our cousins in Vercheres were living on land which was once 'D&H territory' !


The handy chart which came with that map gives some statistics on the D&H assets.

It turns out that the D&H had hopes of transporting and selling anthracite in Canada AND in eventually reaching the north shore of the StLawrence for the purposes of carrying paper and pulp for import into the US. If you only consider the use of newsprint around New York City in 1900, you can imagine the volume of traffic.

The 1887 Official Guide pages, above, stated that the D&H is 'The New Canada Shortline' and by the early 1900s, it was hoped that this would go beyond forwarding passengers from New York City to the 'Paris of the North'.

Quietly, the D&H had bought up struggling/bankrupt lines such as:


Some of the lines, above, actually mopped up the bankrupt assets of others on the same list, but we can never get enough of those overly-optimistic late 1800s company names and what their promoters promised they would achieve.

The D&H wrapped up all these fish and they called the bundle the Quebec, Montreal and Southern Railway in 1906.

It was in 1907 that the D&H purchased the Napierville Junction Railway.

You won't believe what happened next! ... It turned out that the railway network in this part of Canada was ... overbuilt. While the D&H wanted to run right along the shore of the St Lawrence ... a little to the south were the almost parallel lines of the Intercolonial and the Grand Trunk. The D&H would not have been able to run the Quebec, Montreal and Southern system profitably.


The president of the Delaware and Hudson who had put together many expansion projects such as the Quebec, Montreal and Southern - David Willcox - was succeeded by the Leonor F Loree in 1907. Loree inherited a railroad with lot of debt.

To understand him, first and foremost, Loree was an 'engine guy' ... and many experimental designs were tried during his tenure to improve steam locomotive operating efficiency. When coal has been so important in a railway's history ... perhaps its leaders may be tempted to stay too late at the steam engine party. Loree left the job in 1938.

... The handwriting on the wall with the wisdom of hindsight: It had been back in 1925 that the CNR had run a diesel-electric from Montreal to Vancouver in 72 hours.

This class of engine was designed and built by the D&H shops in 1929 during the Loree era.


The streamlined appearance was enhanced by putting items such as the power reverse gear, dynamo and air brake compressors between the frames and under the boiler. Pipes and other fittings were placed under the boiler jacketing in this hybrid which combined English styling and North American operating practices.

If you were the person, in winter, servicing the air pump or generator under the boiler ... or diagnosing steam leaking from a pipe hidden under the streamlining jacket ... you might have a different perspective about the actual elegance and efficiency of all this streamlining.


I think my father really grew to like the distinctive English styling of some D&H engines.

He also probably liked the D&H because his father was a school principal who was taking an advanced degree from Columbia University in New York. As a teenager, my father made a few solo trips in the summer on the D&H to see the great sights and attractions of New York.

My father used and preserved the following public timetable of the Delaware & Hudson.
You'll notice a few pencilled engine numbers on the covers. 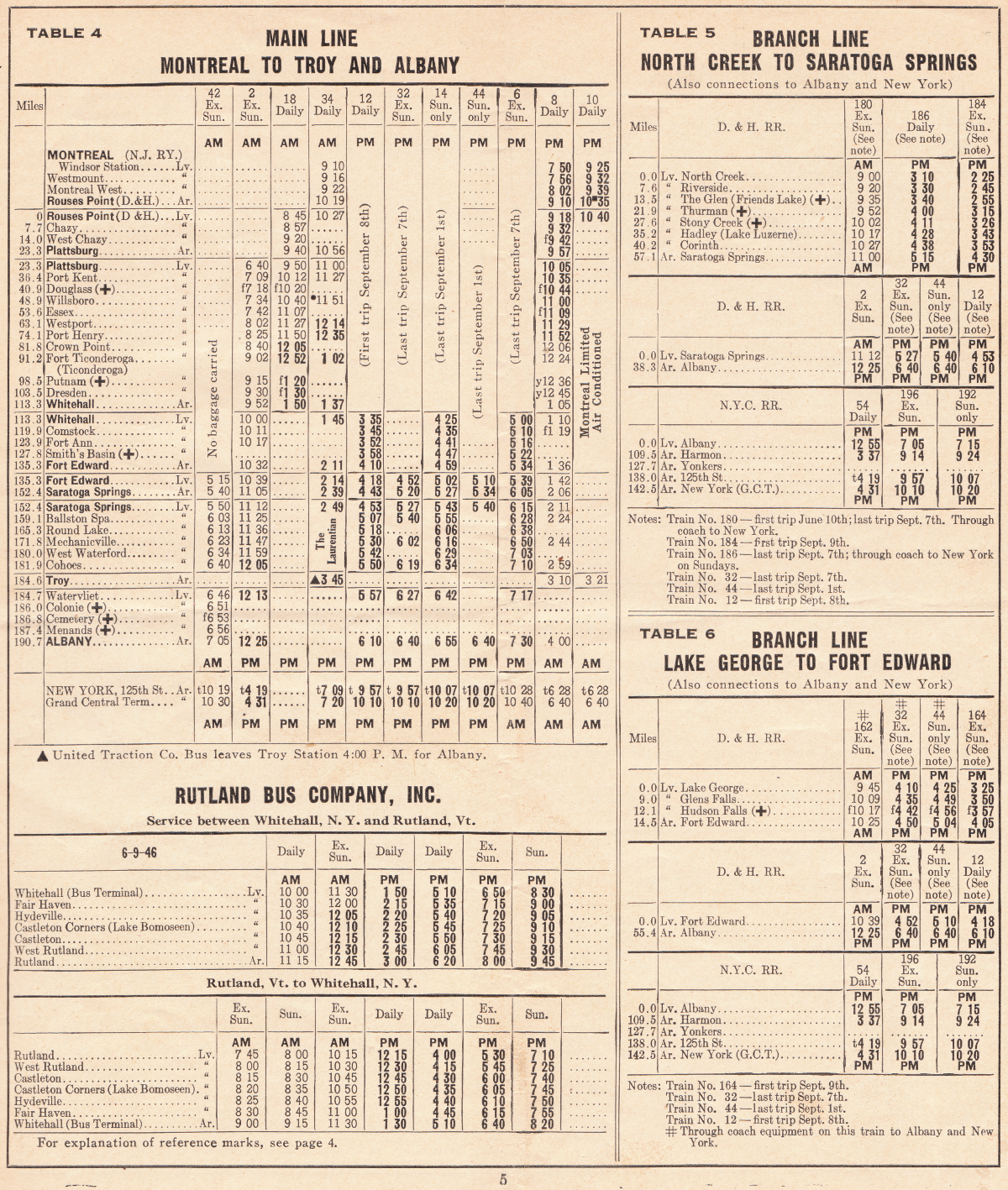 In the map above, Carbondale (where everything began for the D&H) is now barely visible
... it is just to the north of Scranton. 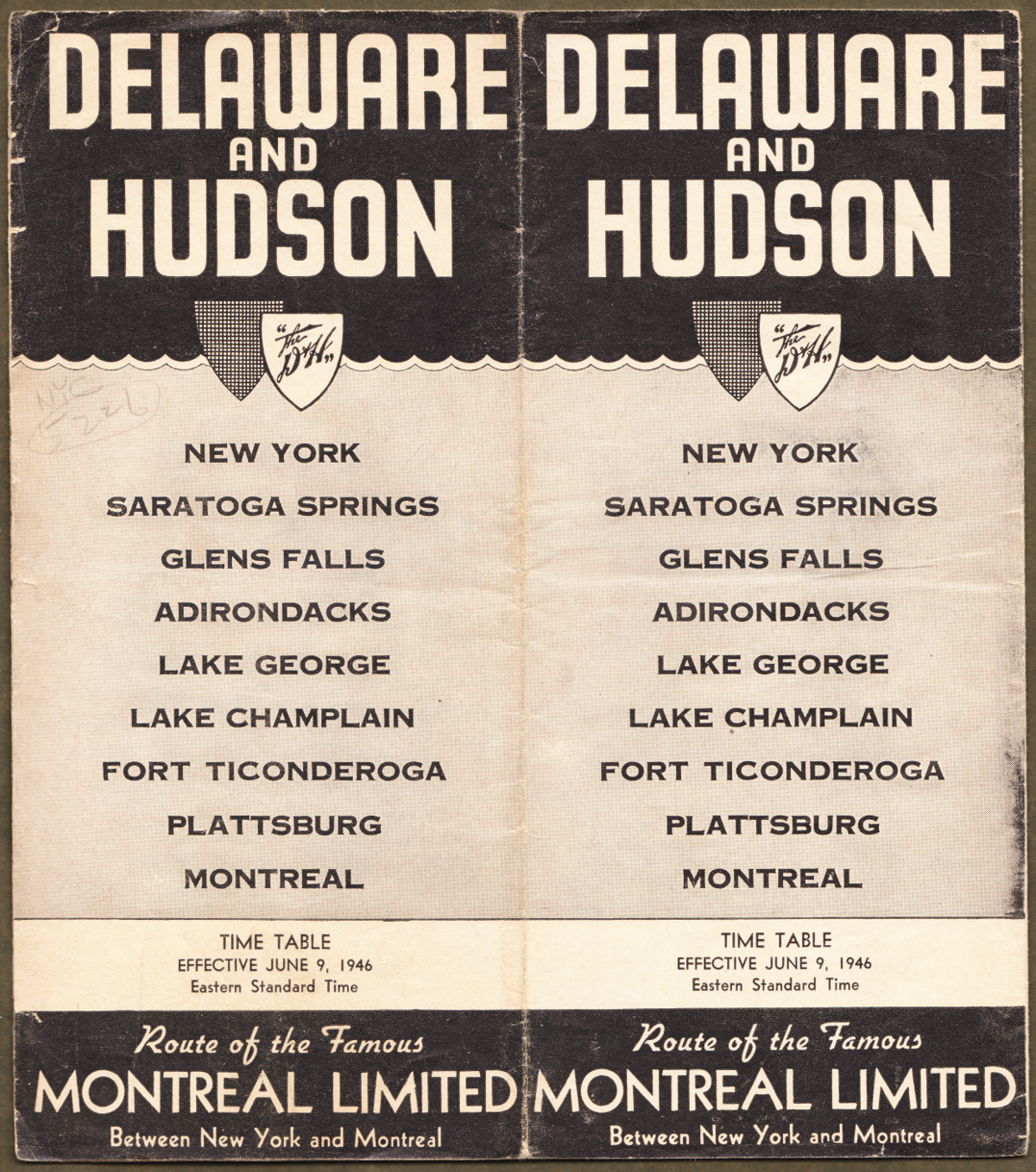 After Expo 67's great season during the year of Canada's centennial of confederation, there was an effort to keep a 'fair' going in those buildings - which were only designed to last one season. But the magic was gone.

A similarly dreary product must have been the warming over of the 1939 World's Fair in New York. I don't think my father visited it, but he preserved this pamphlet.

You can usually find a PBS-style documentary using home movies from the 1939 effort on YouTube to better understand the themes presented at this fair. 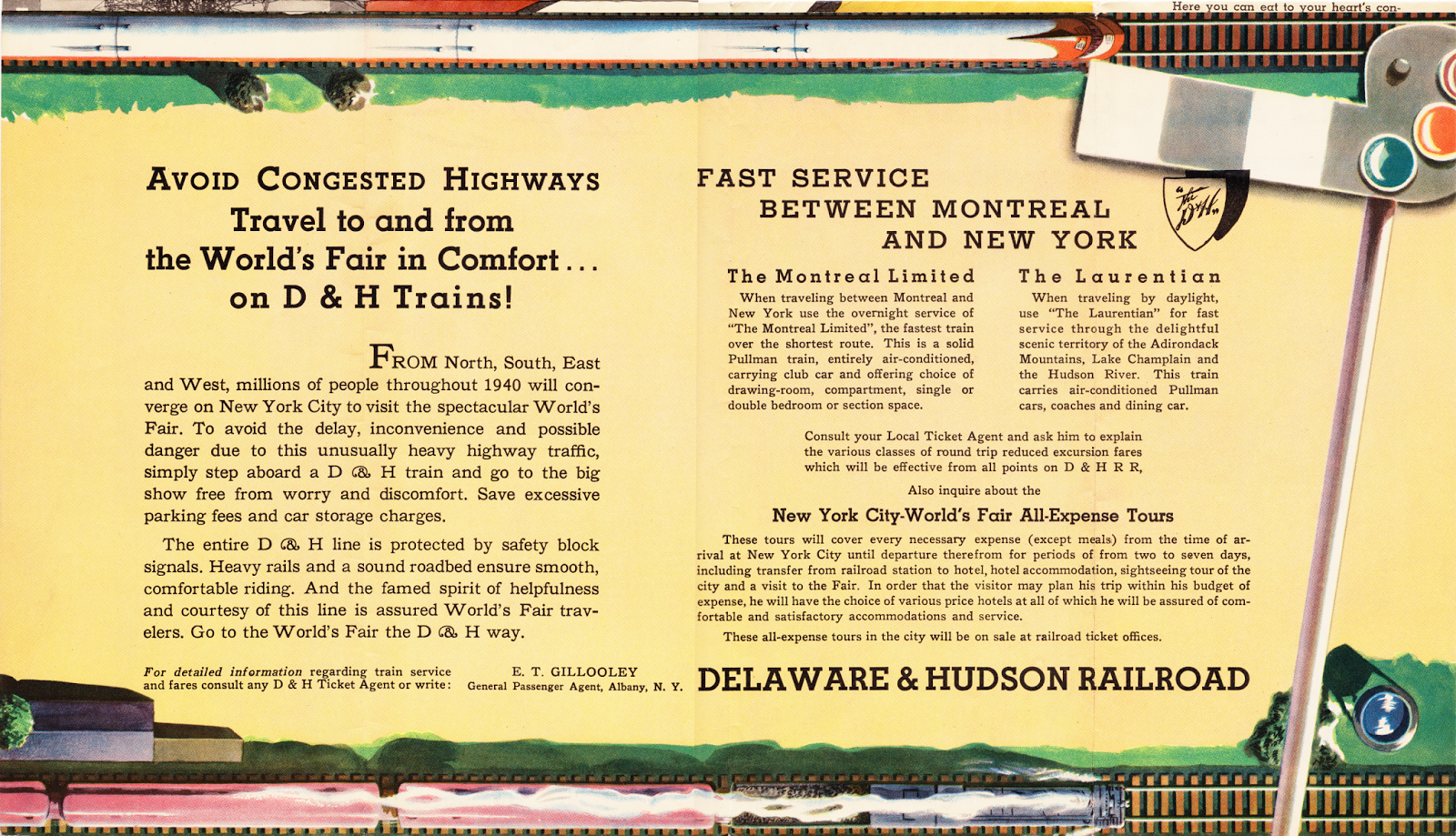 re: Peace and Freedom.
After Pearl Harbor, Canada declared war on Japan half a day before the US did.

Delaware and Hudson in Montreal - Snapshots On a morning in June 1961 a D&H train just out of Windsor Station
crosses Elmhurst Avenue at Montreal West.

My father photographed the train again during its station stop at Montreal West.
The consist had a wide variety of equipment.