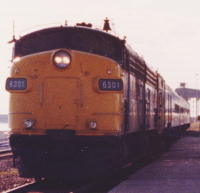 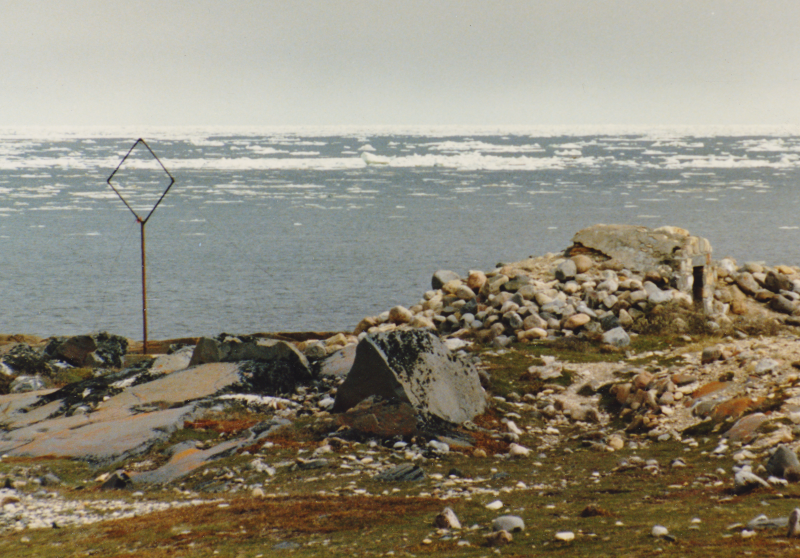 At Cape Merry (named for John Merry, deputy-governor of the Hudson's Bay Company, 1712-1728), the door at the right led to the powder magazine for the Cape Merry cannon battery - constructed in the late 1740s. The frame at the left is a benchmark for dredging of the harbour.

Unless otherwise noted, black and white images and diagrams are from: 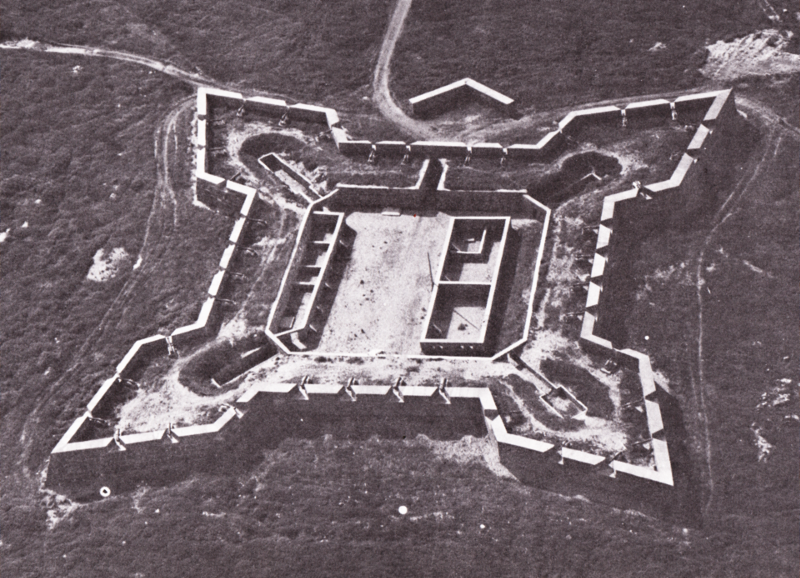 Above, Fort Prince of Wales in a partially restored state in the 1960s. 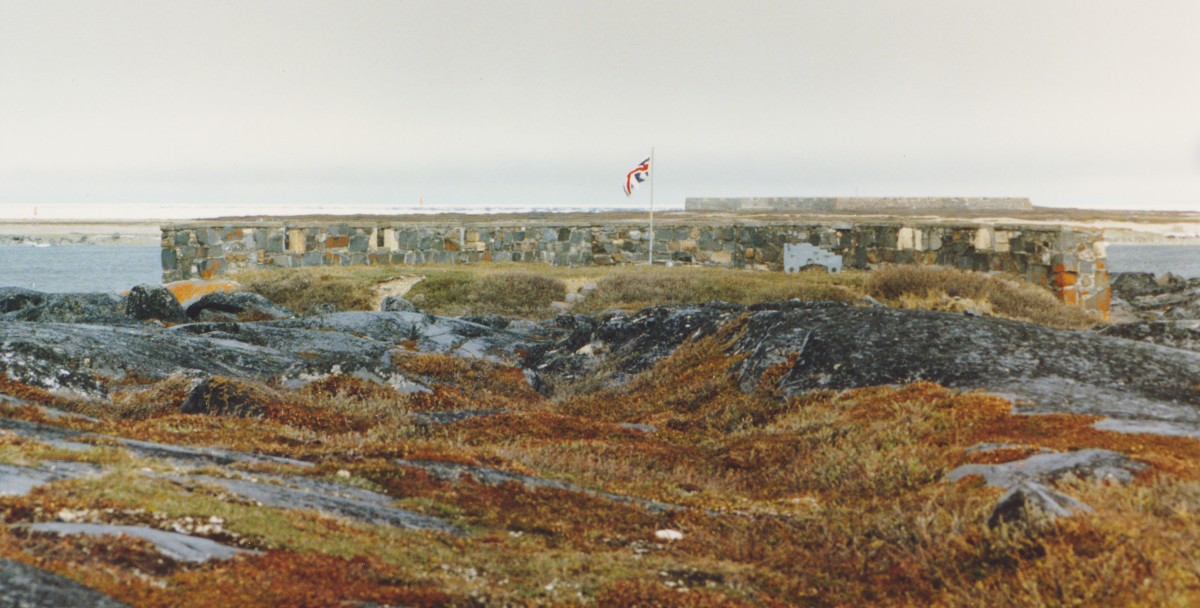 The map above comes from a self-published local history of Churchill's long period of human settlement. 'Fort Churchill V' marks the location of the large American military base which was operated by various American and Canadian units between 1942 and the mid-1960s. At a local museum we were told that during the World War II 'boom years' there were about 7000 people on the US base and about 4000 residents at Churchill itself.

The MacIvers were a couple who trapped in the area and spent their vacations 'down south' researching local history. I asked about the MacIver name because I had seen an employee timetable with a station named 'MacIver'. This may have been a flag stop near their trap line. ... The museum interpreter replied that she had applied to the Geographical Names Board of Canada to name a place after them. As a result, a lake on their former trap line was named MacIver.

Above: Angus and Bernice MacIver in the 1960s. 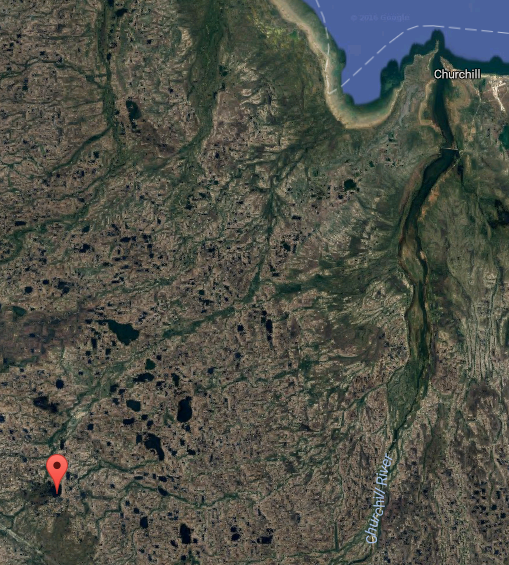 Some Local Details from the Royal Commission 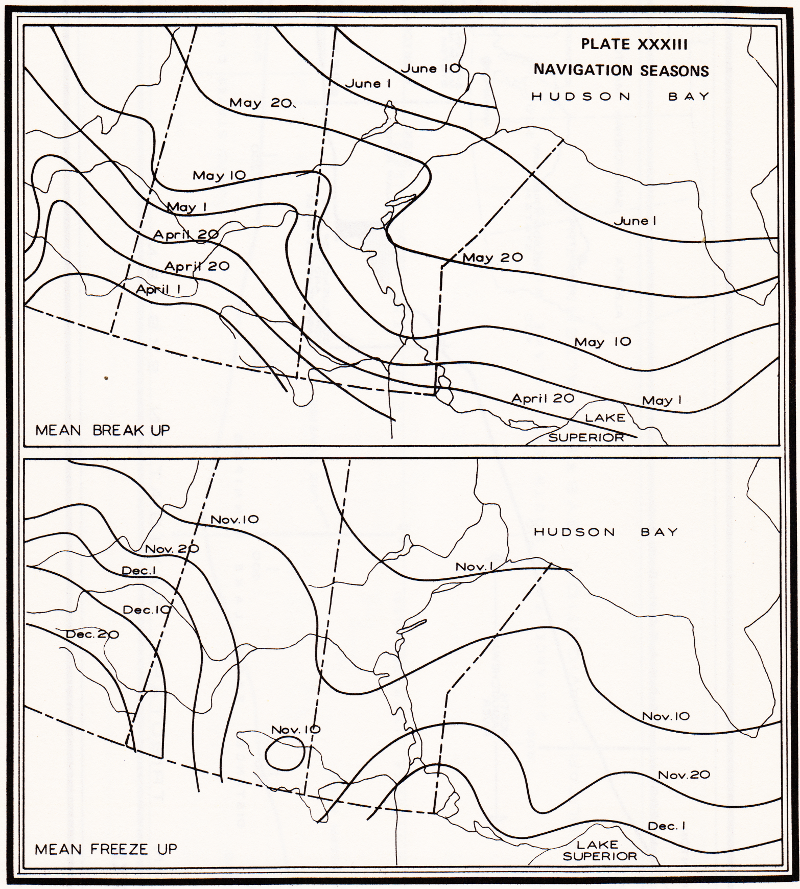 The isotherms on the map above show how Hudson Bay affects local land temperatures.
You can also see how short the shipping season is on average. 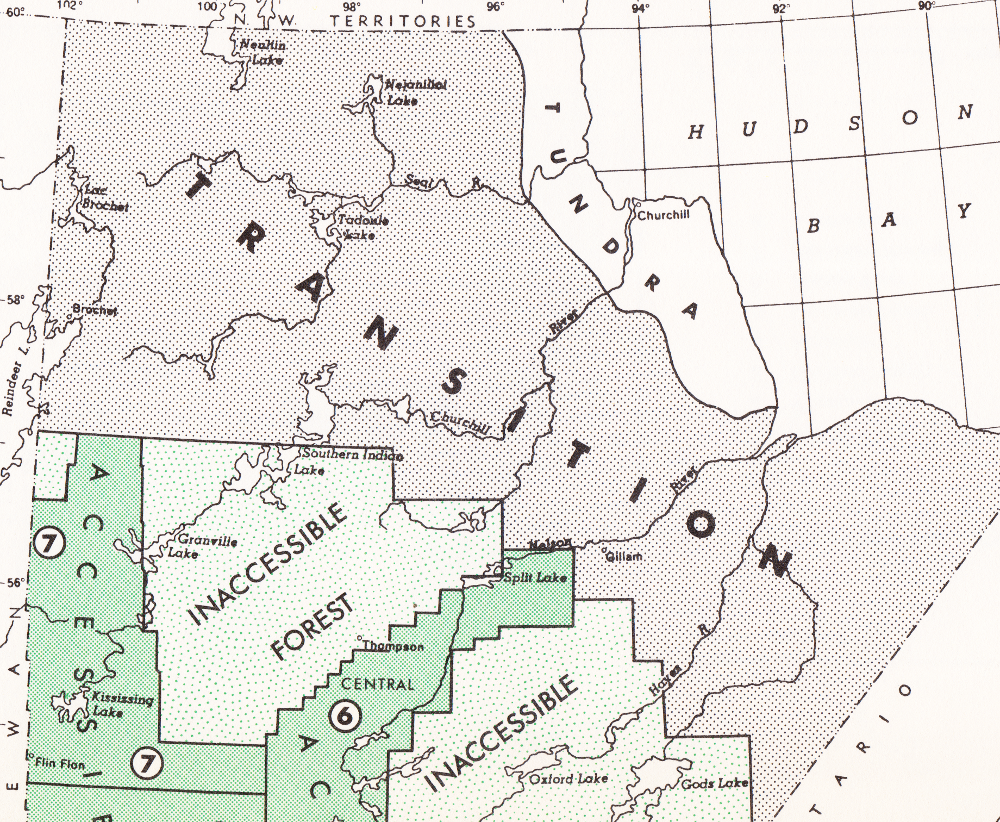 Whether it be tundra or taiga, here is a map of 'Forest Inventory Sections' near Hudson Bay.

Detail on the Port of Churchill in the 1960s


In 1987, we were told that 15-25 ships were docking there per season with the port's financial break-even point being 18 ships. The terminal elevator operators came from the southern prairie provinces. Two barges and a tug boat were used to supply local Inuit settlements with fuel oil, etc during the shipping season. The Montcalm is a Canadian Coast Guard ship. 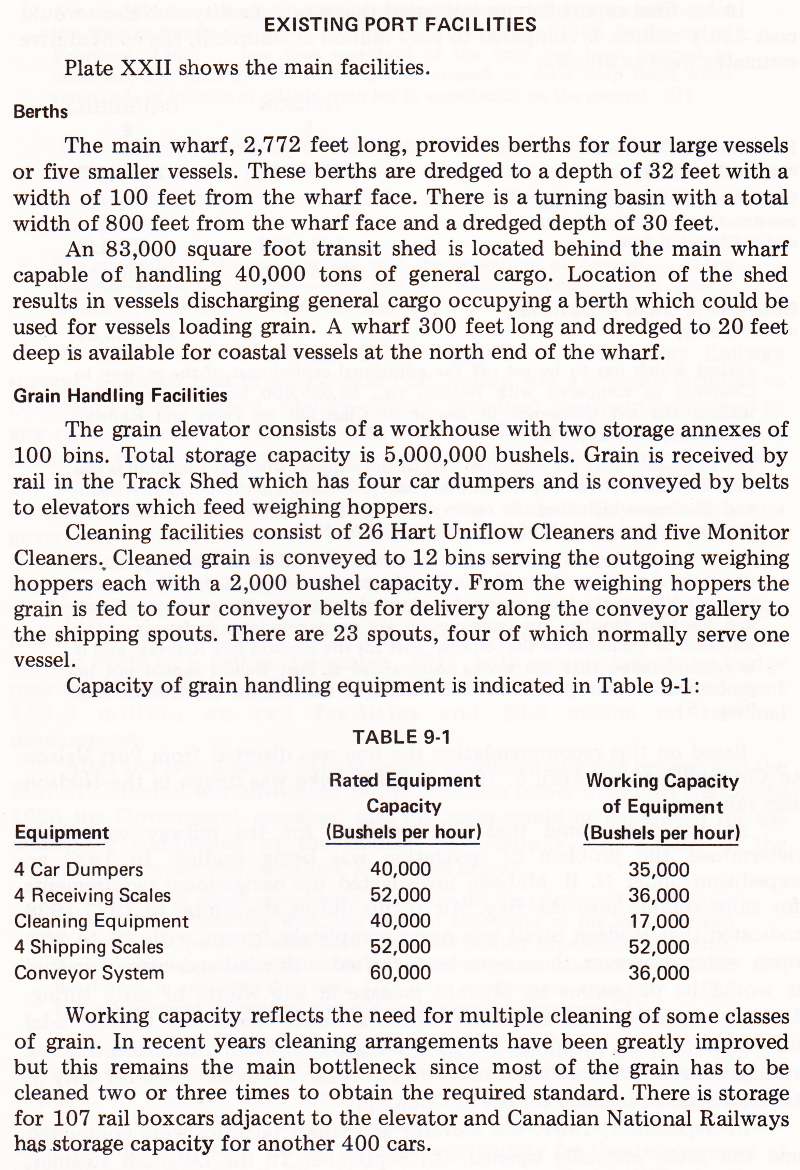 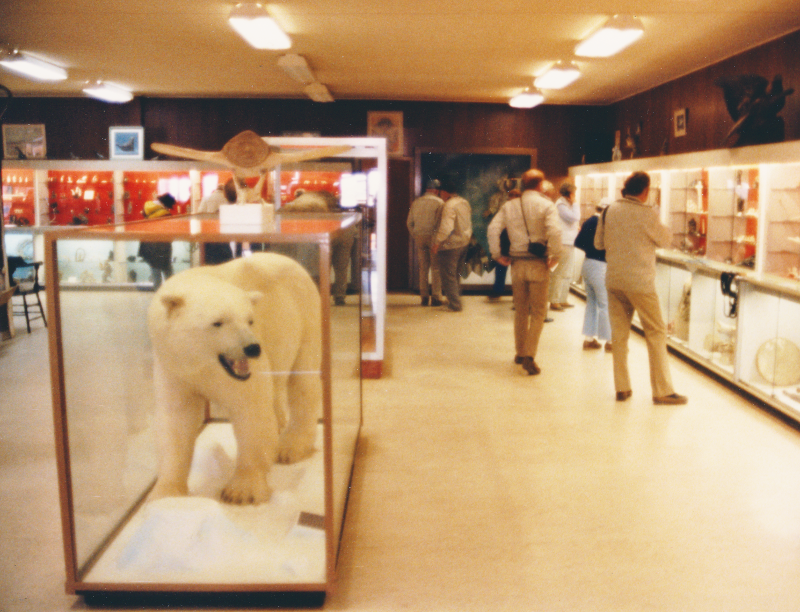 This shows part of the 'Eskimo Museum' which was set up by the local Catholic diocese
to preserve and display carvings and other art and artifacts of the area.

This is our tour gang with our brand new school touring bus.
The facility here is used for holding local polar bears
who become 'too friendly' with human habitation ...
until the ice forms and then can depart to hunt for seal.

Pens inside are designed to accommodate mother bears and cubs.
Some of the barrel trap trailers can be seen at the left.

In 1987, we were told that 80-120 cubs were born annually in the denning area located along the railway, 40 miles south of Churchill.

Our tour ran from about 09hr until 17hr.
The other photos below were taken between about 19hr and 20hr.

The Churchill station is at the extreme left.
To the right is the informal settlement along the Churchill River estuary known as 'The Flats'.
Originally, its residents were mainly local aboriginal people, including 'Metis'.

Two flatcars form the piggyback ramp at Churchill.
The second one is blocked-up on sections of ties.
The provincial highway ends at Thompson - where these special TOFC cars are lifted and set off.

An auto transporter appears above in 1987.
Below is a section from the 1969 Royal Commission report about transporting autos
to Churchill and other settlements along the railway. 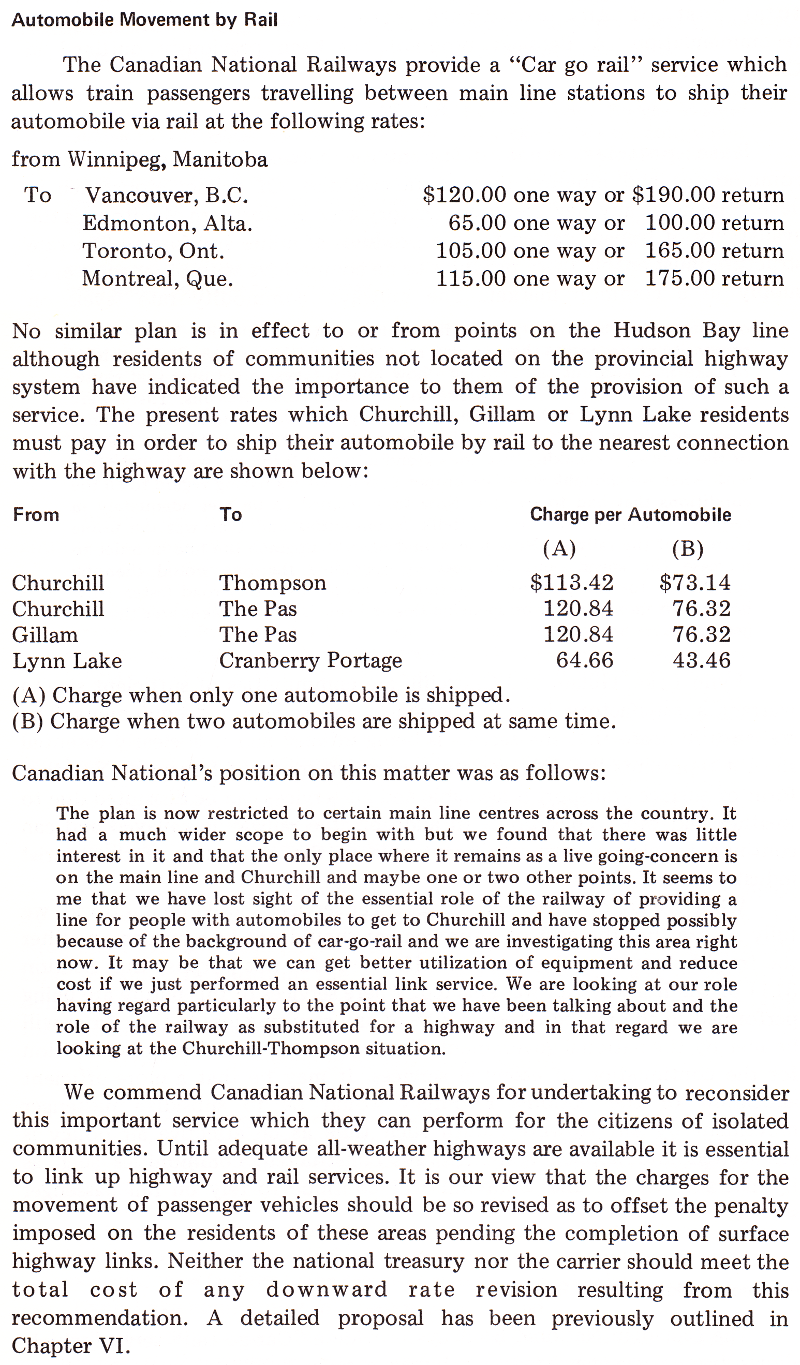 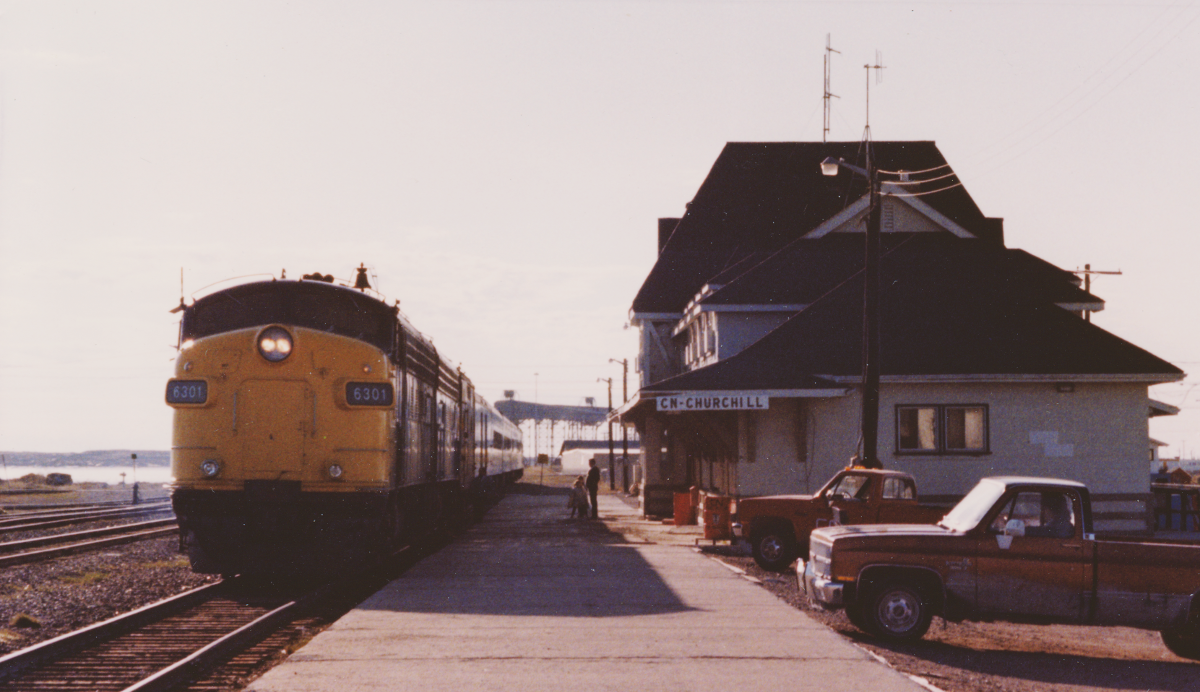 Anywhere else, our consist would be complete and ready to go.
However, there is still some work to do ... ... some detail of the rear of the station. 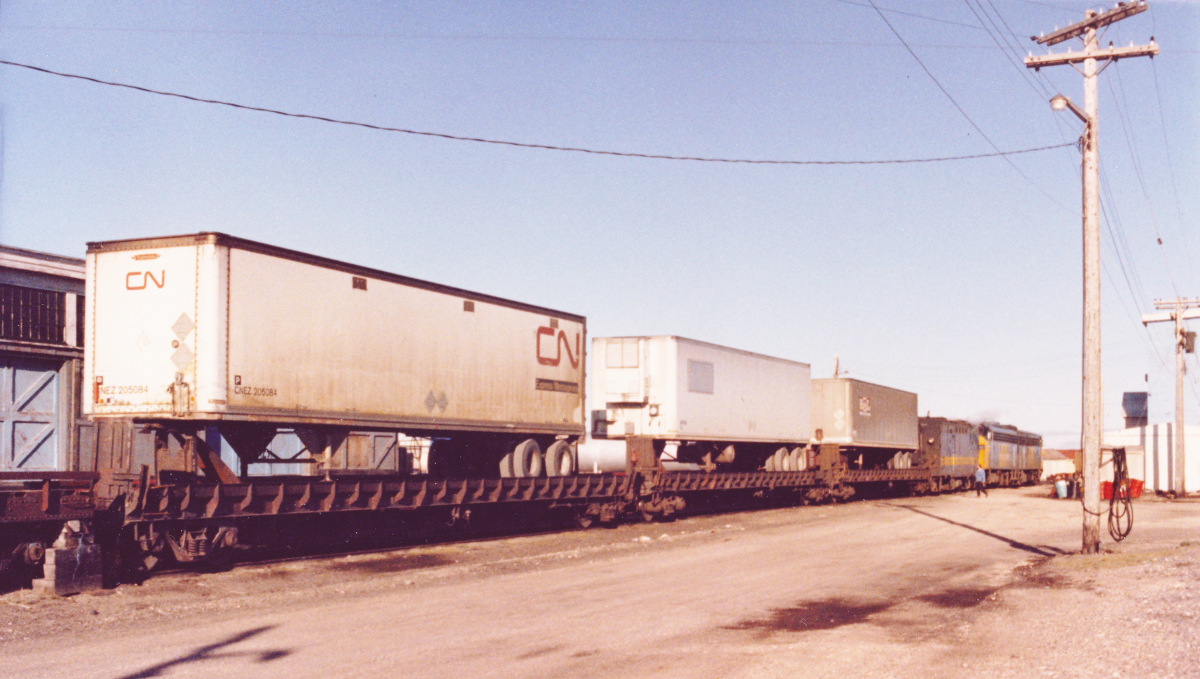 The conductor who joined our train at Thompson,
whom we code-named 'Cornelius' (as in WCvH)
leads the movement back to the train - we will be departing very soon.
You can see the steam connections beneath the flatcars to supply train heat.
We boarded around 2030hr for the return trip to Portage la Prairie.

As we prepare to depart, here is the 1969 Royal Commission section about Churchill
- from the Executive Summary. 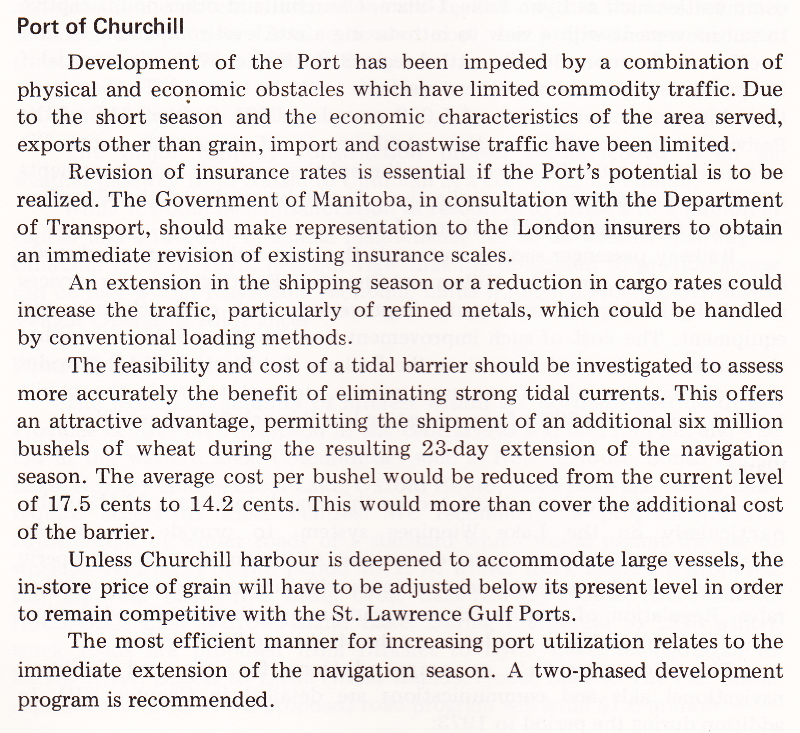 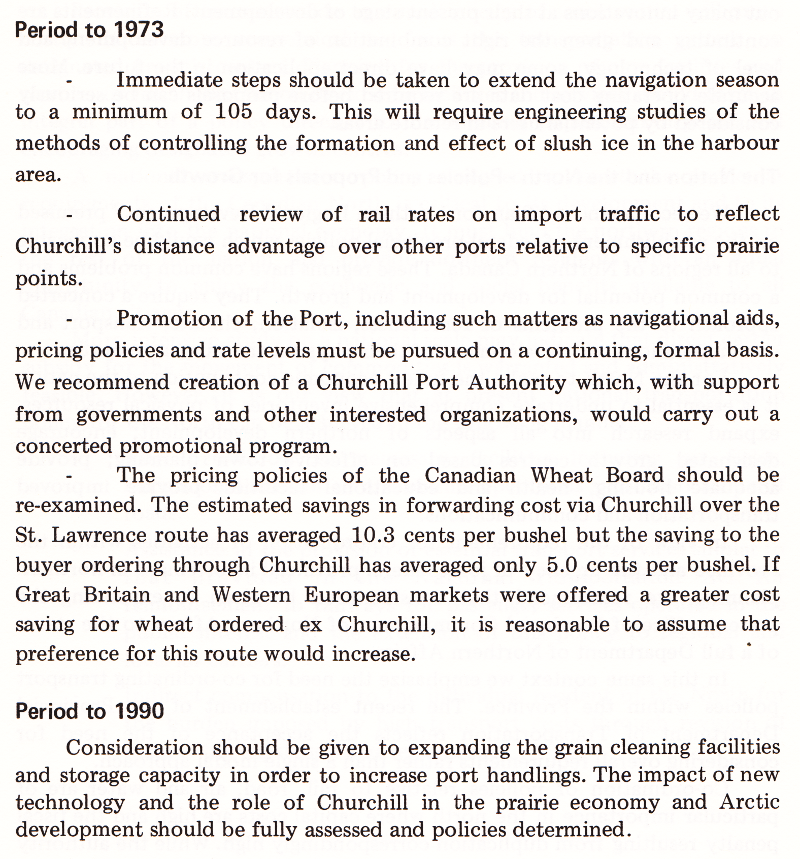