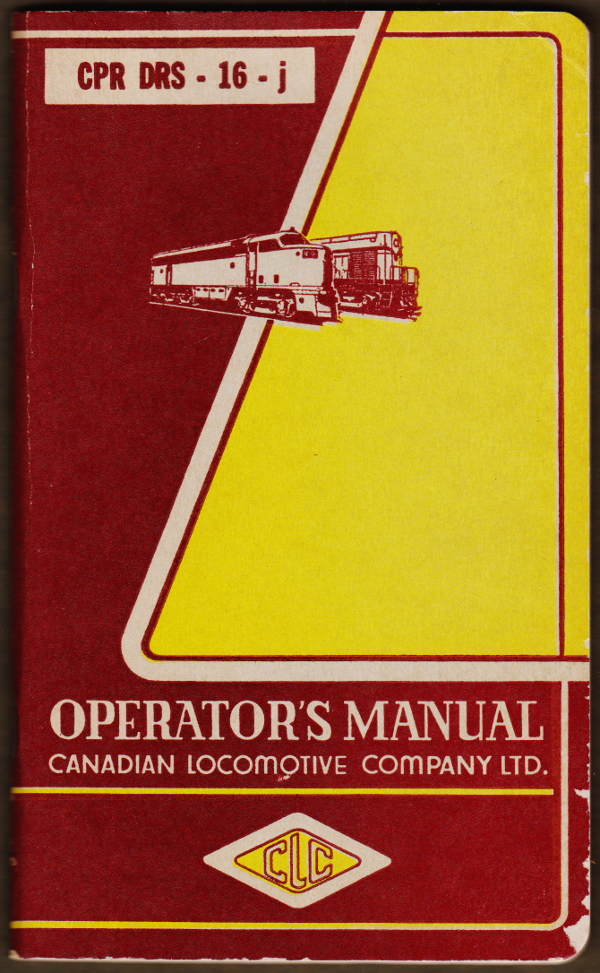 We had 'our own local' locomotive builder here from 1850 until the 1960s. Barriers to entry into this industry were lower in the beginning as early steam locomotives were relatively simple machines. They pulled relatively light wooden rolling stock in short trains and there was probably a steady demand for most railway equipment during the great railway building boom in North America between, let's say, 1860 until 1930.


Similarly to how the internet is a 'disruptor' today for many older industries such as newspapers ... the diesel-electric locomotive was a disruptor for locomotive builders, railways and railway employees - beginning in the 1940s.

Diesels were more efficient, more complicated and required much less maintenance on a daily basis. By the time diesels became powerful and reliable, railway network mileage was already in decline - due to more efficient road-building technology, free modern freeways and the popularity of internal combustion vehicles. Thousands of semi-skilled workers were thrown out of work by diesels ... and of course that's why buying them to replace steam was so attractive to railway management.

Perhaps following the example of automakers, the operator's manual became an important document for this sophisticated new form of railway power. While operating them was as simple as driving a bus to veteran steam engineers, new knowledge and new skills were essential to avoiding locomotive failures on the road and expensive damage to this unfamiliar new equipment.

The foreward of this artifact from March 1957 reads:

This booklet was written to provide concise information on the operation of DRS-16-j classes of Diesel-Electric Locomotives built for the Canadian Pacific Railways [sic] by the Canadian Locomotive Company.

Since information, to be of any value, must be readily available, the booklet has been designed both as to contents and size with the needs of Operating Personnel in mind. The information contained covers diesel engine and locomotive operation, as well as trouble-shooting information on minor and easily remedied operational faults that might occur 'on the road'. 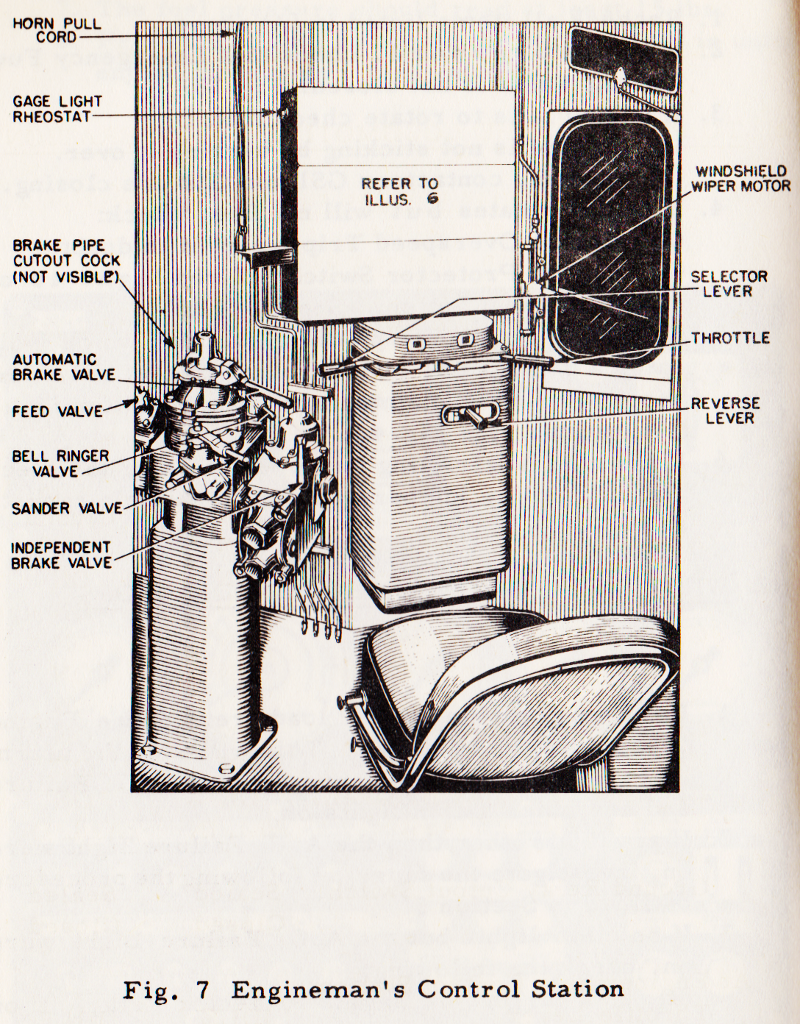 While the engineer's view of the track ahead on many of the new locomotives seems very limited, it was no worse than the view down the boiler of a steam locomotive. The view was never obscured by swirling clouds of smoke and steam as was the case with steam locomotives, particularly in winter. 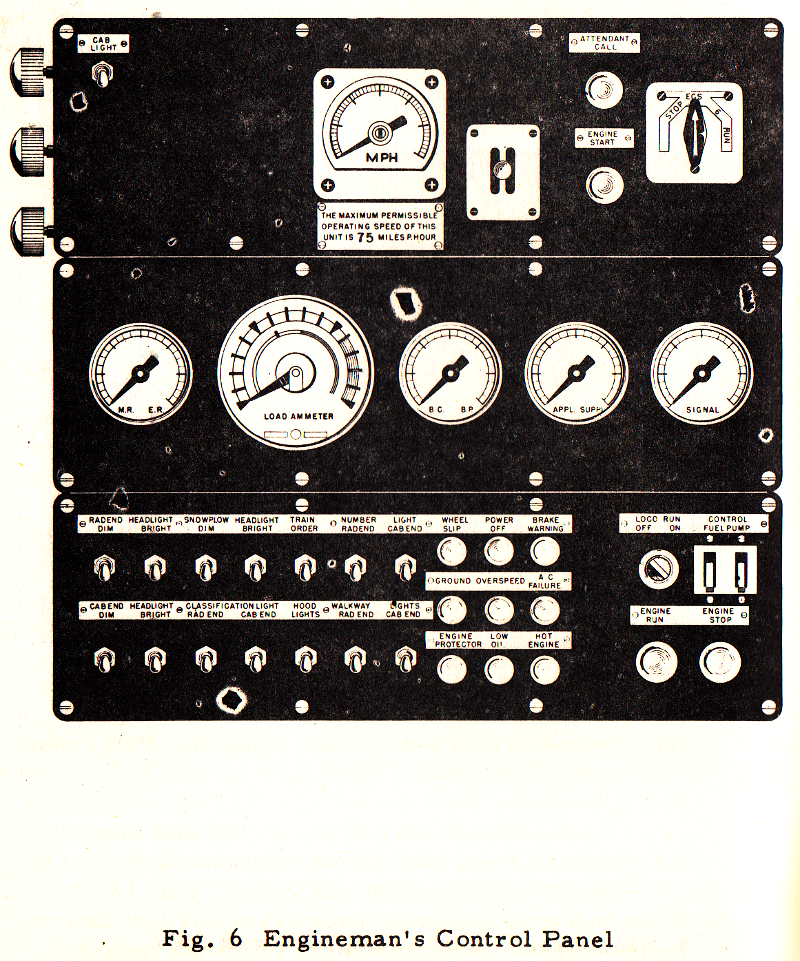 Although detailed manuals exist for steam locomotive appliances such as feedwater heaters, stokers and air brake equipment, I have never found a steam locomotive operator's manual per se. The International Textbook Company of Scranton, Pennsylvania sold a very wide variety of courses for private study by railway employees. These explored common and generic aspects of steam locomotive equipment and operation.

Railways were proud of having their own design shops and specifications. Most employees were trained by their railway over years and decades to assume assignments of greater and greater responsibility.

.. So in this traditional railway culture, if an employee didn't know what an unlabelled valve or gauge on the boiler backhead was for, he probably shouldn't be there. A new spareboard fireman (apprentice) was introduced to the skilled work of steam locomotive operation as if he was entering into some medieval craft guild by the engineer (master) sitting on the seatbox to his right.

.. But because expensive diesel locomotives were designed by a manufacturing company in a contemporary 1940s culture, the builder's professional engineers probably saw the obvious advantages in labelling equipment for a literate workforce and in providing a 72 page manual such as this so workers would know how to avoid and solve problems on their own.

With this completely new technology, no one could have previously received decades of diesel locomotive apprenticeship. In this era there was not today's 'roadside assistance' via a radio connection with experienced locomotive troubleshooters - engine crews were on their own. In another Canadian Locomotive Company publication, this particular line of locomotives was described:

In its line of Consolidation diesel road locomotives, the Company presents an entirely new concept of diesel locomotive design - locomotives so highly versatile and widely useful that they will deserve to be named after their famous steam-drive prototypes first built by the Company in 1886.

Powered by any one of three Opposed-Piston diesel engines - 1600, 2000, or 2400 horsepower - Consolidation locomotive units can be combined to make locomotives with ratings from 3200 to 9600 horsepower. Each can be equipped with any one of six gear ratios, a total of 78 different locomotives from only one basic unit. This makes possible an infinitely more efficient selection of the exact type and size of locomotives to suit the operating conditions of any road.

The space-saving Fairbanks-Morse opposed piston engines (above, in cross-section) were powerplants with proven reliability in US diesel submarines extending back before US involvement in World War Two. However, they were unique to Fairbanks-Morse (and its Canadian licensee - CLC) in a railway locomotive application.

When the Consolidation line of locomotives did not sell well, a model was designed which - seen in hindsight - bridged the gap between First Generation and Second Generation diesel locomotives.

Legendary, and often beloved and mourned by rail enthusiasts, the 1953 Train Master was a six-axle locomotive of 2400 horsepower. In a January 1996 article in Trains magazine, a concise epitaph was written for the locomotive - 'Too big, too early, too different'.