How to Travel by Train 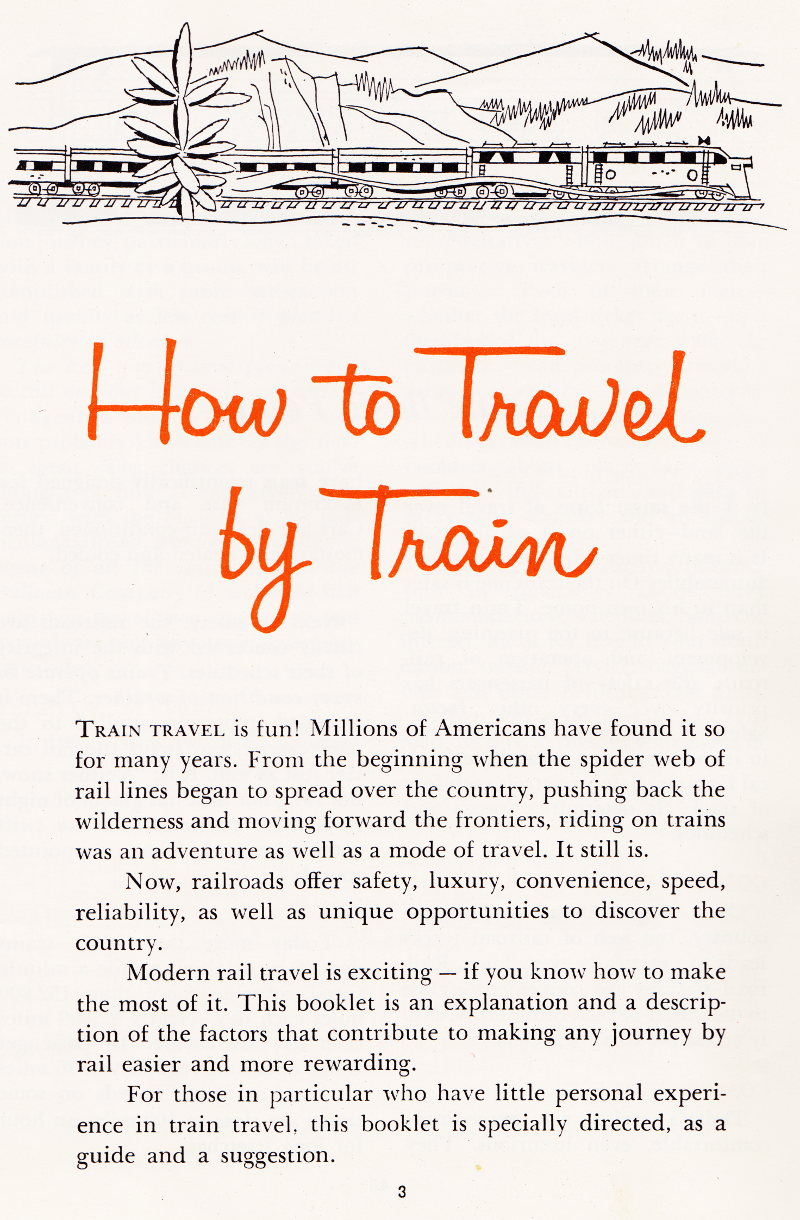 This particular undated booklet was probably issued in the late 1950s. It was published by the Association of American Railroads, based on an earlier edition by American Car and Foundry - a builder of passenger cars, among other things.

In 31 pages, it tried to cajole the freedom loving, car driving public back into long distance sealed traintubes. Its target audience was probably affluent white adults of the 1950s - whose only parentally-arranged childhood railroad trip had resulted in a coal cinder in the eye.

Above, in the illustration, there seems to be a steam trainline leak under the locomotive pilot.
Below, the bearing on the leading axle of the coach seems to be experiencing a 'hotbox'. 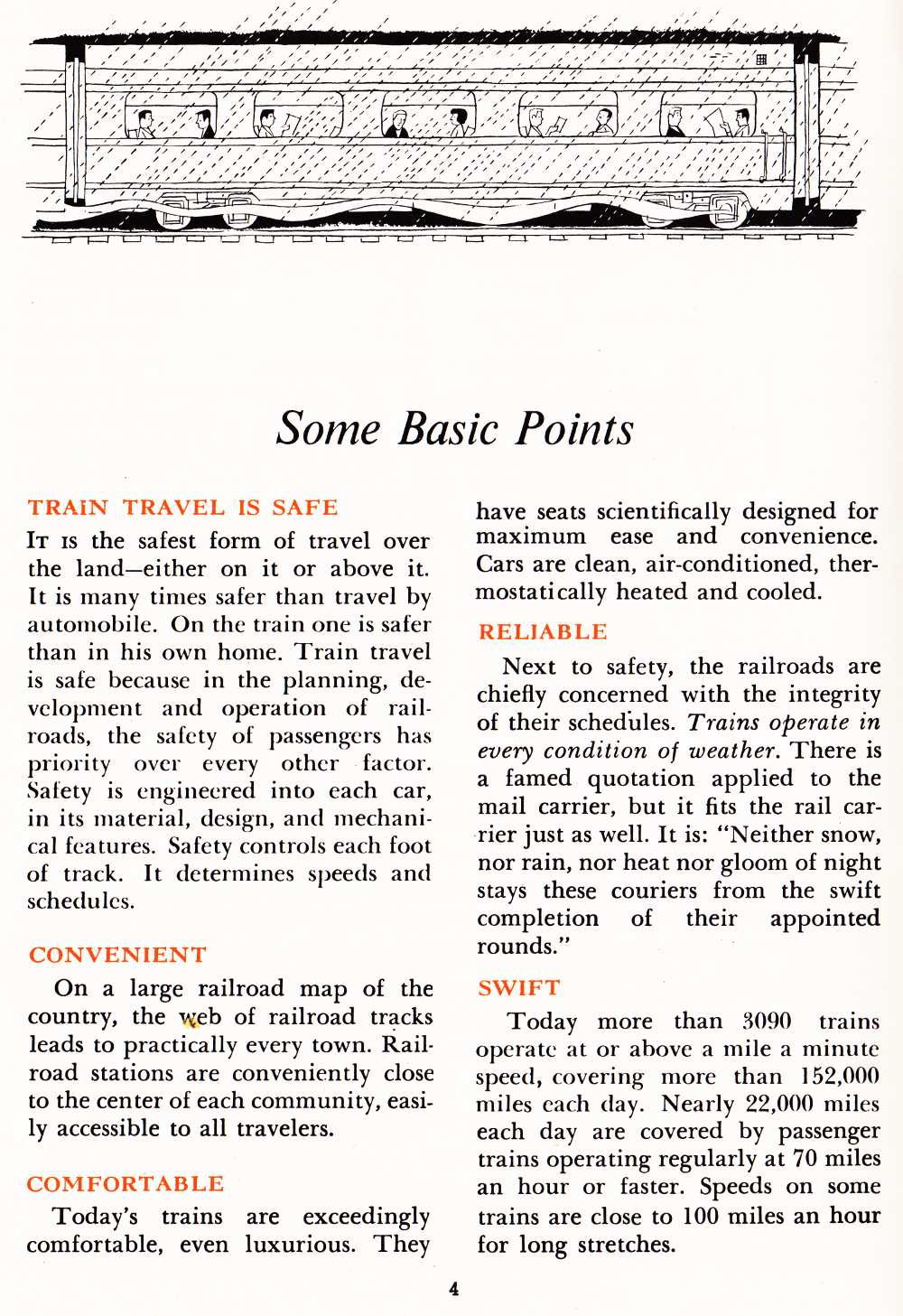 The train statistics above are interesting to consider half a century later. 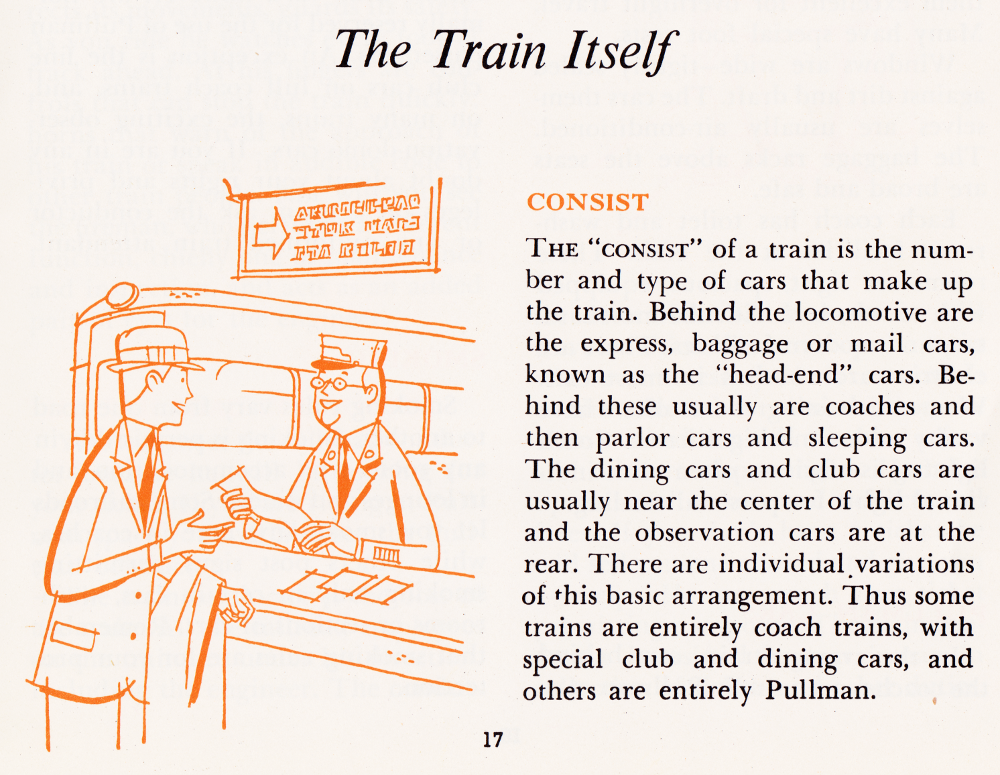 How could a society be so familiar with road travel that travel by rail was a mystery?

In considering 'history' ... the answer seems to be that rail passengers had only been borrowed from the road for about six generations.

First Class carriages of the Liverpool and Manchester Railway, 1830
Many features of road travel can be seen:

* Each passenger car is composed of three mail coach bodies mounted on a platform.
* A vestigial driver rides the first 'coach' in the position usually occupied by the driver of horses.
* Baggage is carried on the roof.
* Coaches display the company's name, with the centre coach body bearing a unique and jaunty name.

At the red tailend, on the mail coach, proper, rides the post office guard in a red coat. He is probably equipped with a standard issue brass 'post horn' which he will sound on the approach to the next station - the fore-runner of the Rule 14 (m) of The Standard Code of the AAR.

What is missing above is the practice of allowing British mail coach passengers to also ride outside the coach, i.e. on its roof.

Meanwhile in the United States ...

... I spoke too soon.
The Americans are riding 'outside' at this same point in rail history. 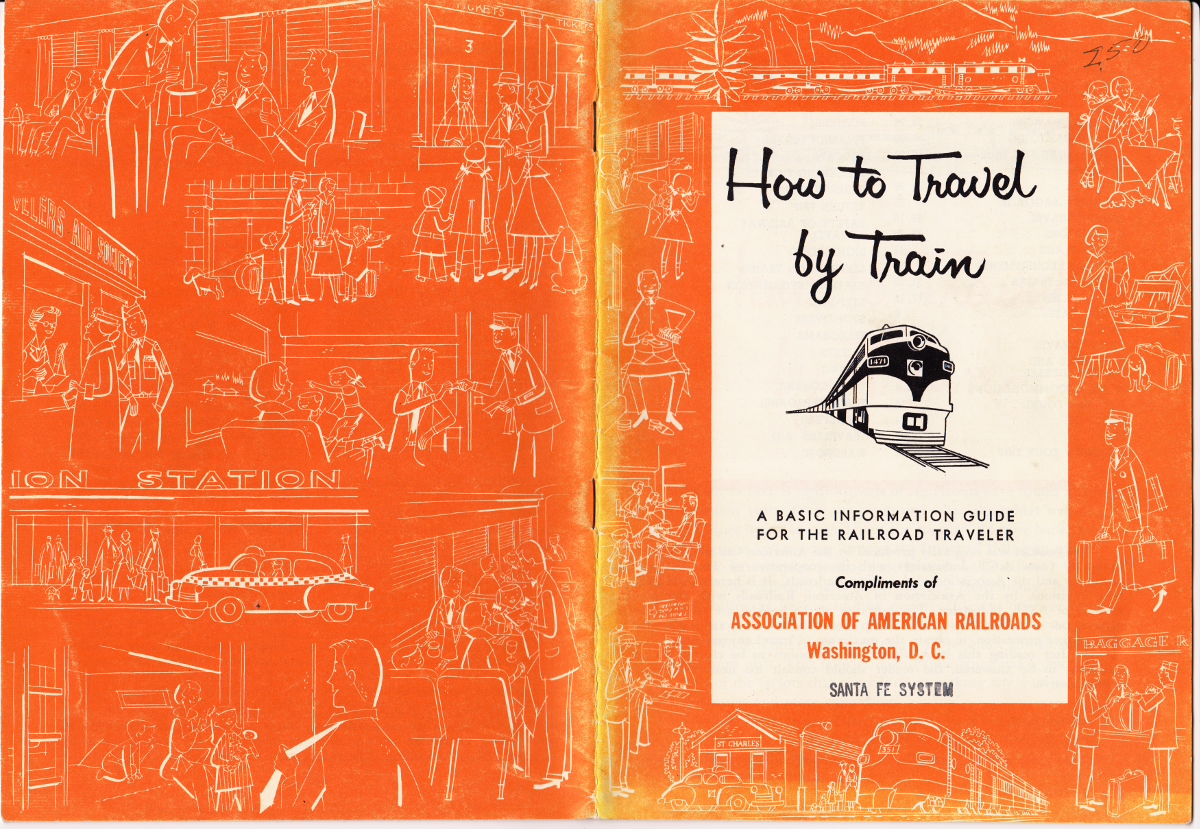 Here is the cover artwork of the 1950s booklet.
Every single person is smiling.