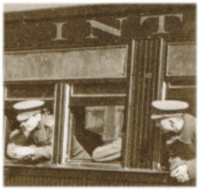 How do you organize the movement of Canadian troops by rail? A simplified consolidation of the regulations and best practices (a 'how to' for young officers) was in print beginning in 1880. My water-damaged copy was printed in 1914, before/as the world was blundering its way into war. Many other interesting practices and procedures are covered. I have only extracted the section about the transportation of troops.

In the course of the usual tangential researching to satisfy my curiosity and to avoid error, I discovered an interesting series of facts connecting Lord Strathcona with the modern Middle East. The information is related to developments in transportation and is centred on the period of the Great War ... so it is included as a digression. Hopefully, you will find it interesting as well. 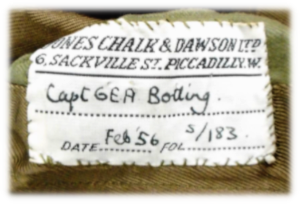 'According to the internet' this label was attached to a piece of military clothing auctioned in Bancroft, Ontario in 2018.
(see the embossed stamp on the title page above). 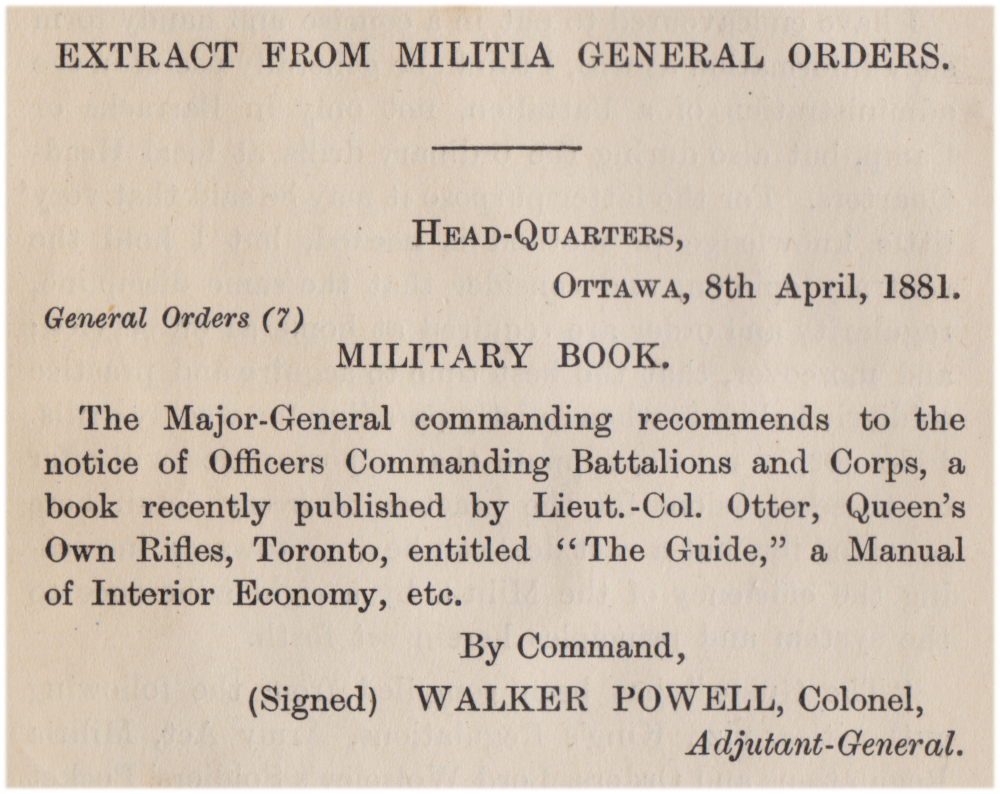 from the Wikipedia entry on: Donald Smith, 1st Baron Strathcona and Mount Royal:

'He raised Strathcona's Horse, a private unit of Canadian soldiers, during the Second Boer War, and became one of the leading supporters of British imperialism within London. After the end of the war, he was appointed among the members of a Royal Commission set up to investigate the conduct of the Second Boer War (the Elgin Commission 1902-1903). He was involved in the creation of the Anglo-Persian Oil Company, of which he became the chairman in 1909. Lord Strathcona subsequently used his influence to make the company a major supplier of the Royal Navy.'

[Persia: later, more commonly called 'Iran']
*  *  *
A Digression on Lord Strathcona's Royal Navy Petroleum
Subsequent to Donald Smith's activities, the British government purchased 51% of the Anglo-Persian Oil Company in 1914. The Canadian Pacific steamship Empress of Britain 1905-1924 (i.e. renamed Montroyal in 1924) was converted to oil-firing in 1919.
... You can draw your own conclusion whether Donald Smith (1820-1914) saw oil as the fuel of the future for the CPR fleet.
The first trials of oil-firing for warships began with the 'torpedo boat destroyer' HMS Spiteful in 1904. Winston Churchill became First Lord of the Admiralty in 1911 and was involved with the change from coal-fired to oil-fired British warships.
Coal has 50-75% of the energy density of oil ... AND ... refueling in port with oil was faster and much less labour intensive. Coal had to be moved by hand multiple times as it made its way up from the supply barge, down into the bunkers (in which it was regularly trimmed by hand to maintain the ship's balance), out to the fireroom floor, and then into the fireboxes. Spontaneous combustion of coal was also a problem while it sat in the bunkers.
From 1912, all new British warships were designed to burn fuel oil.
The HMS Queen Elizabeth was the first British dreadnought battleship propelled by oil-fired steam turbines.
With the increasing strategic importance of oil in mind, it was necessary to acquire reliable sources of oil and a network of oil refueling stations wherever the Royal Navy expected to be active, viz. 'this vast empire on which the sun never sets' - that was written by George Macartney in 1773.
The map showing the location of known petroleum deposits in 1915 will help illustrate the calculations of the Royal Navy. Coincidentally, some of the CPR cargo ships requisitioned by the Admiralty during the Great War were converted into oil tankers.
... continuing with Persia/Iran ...
In 1952 the democratically-elected prime minister of Iran (Mohammad Mosaddegh) nationalized the Anglo-Persian Oil Company's local assets. In 1953, the CIA and MI6 staged a coup to depose him. The descendant of Donald Smith's Anglo-Persian Oil Company was renamed the British Petroleum Company in 1954.
Initially seen as a harmless, young figurehead monarch in the wake of the coup, the Shah of Iran consolidated his power as an autocratic ruler who was friendly to US and western interests as the 1950s drew to a close.
End of digression on Lord Strathcona's Royal Navy Petroleum
*  *  *
Back to transporting Canadian troops in 1914 ... Apparently, the 'colonial' Canadians were judged by Kitchener not to have the training necessary to properly integrate with British forces in battle, so they trained and drilled on the Salisbury Plain during the first winter of the Great War. Their habitat became a sea of mud as the result of unusually heavy rains. Proper heating equipment was not available for these soldiers living in tents and the cold rains and mud made everyone miserable and/or sick. Getting into battle was soon expected to be a better existence than continuing to live on the Salisbury Plain. 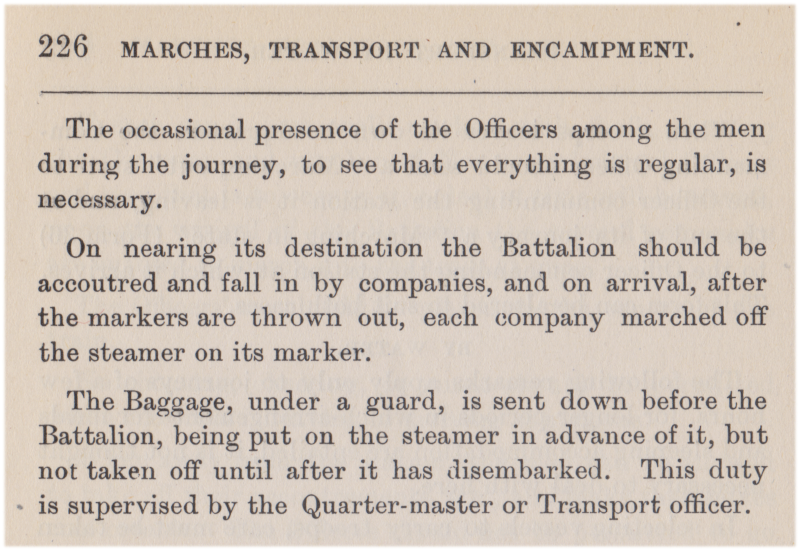 End of the section from The Guide.
As Canadian troops approached the trenches of the Great War, their transportation would often change from standard commercial railways to military narrow gauge railways which were designed to support the front lines. Commodities carried included ammunition - especially large quantities of artillery shells, food, barbed wire, lumber, fodder and bedding for draft animals and other supplies and equipment.
Specialized Canadian military units and personnel were sent over to become involved in the building and operating of many of these railways ... and simpler human and animal-powered tramways as well.
Many Canadian civil engineers and workers were familiar with the techniques used in building railway lines across muskeg, as Canada's railway boom had been in full swing as the war started. It was a relatively simple matter to transfer these railway-building skills to the poorly drained sea of mud near the front lines.
Posted by David J Gagnon at 21:11
Email ThisBlogThis!Share to TwitterShare to FacebookShare to Pinterest
Labels: Canadian Armed Forces, Canadian Militia, Donald Smith, HMS Queen Elizabeth, Lord Strathcona, map, petroleum, railway, soldiers, steamships, transportation, World War One
Newer Post Older Post Home