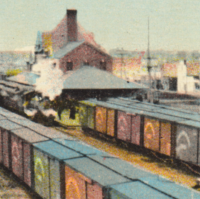 ... Working toward a classical definition. 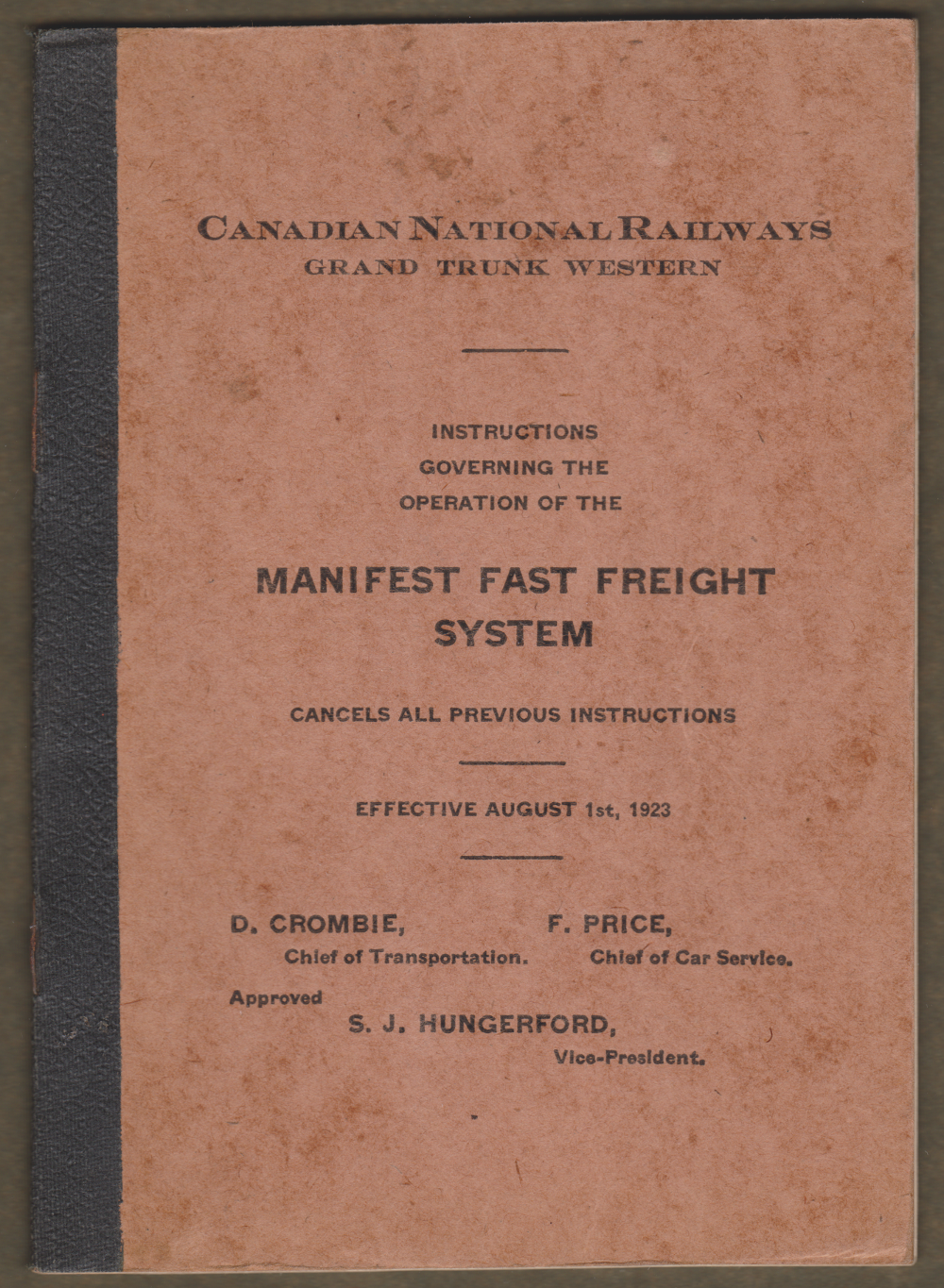 What is a manifest freight train?

From the Wikipedia Glossary of North American Railway Terms:

A freight train with a mixture of car types and cargoes. Also known as a Mixed Freight Train.

Manifest
Paperwork describing the contents of a car or detailing a single shipment. Also, a freight train carrying goods not hauled in unit trains or intermodal trains.

... In 1706 the word manifest was being used to describe the list of cargoes carried by a ship, and by 1869 its use had been transferred to land use, as an alternate to “waybill.” You can see, therefore, that over the years the use of the word developed. By 1929, its use in the expression “manifest freight” distinguished such trains from other types such as way freights, tank trains, and so on. Presumably the manifest freight had with it (in the caboose) a complete manifest of what was on the train, car by car.

Considering the August 1923 date of the artifact, most readers will already recognize that these Manifest Fast Freight System procedures were developed because of the need to reorganize the operations of the several railway lines nationalized and consolidated under the new Canadian National Railways management structure.


The contents of the CNR booklet follow to its conclusion on Page 18.

Then, additional contemporary references are presented to help explain some railway practices. 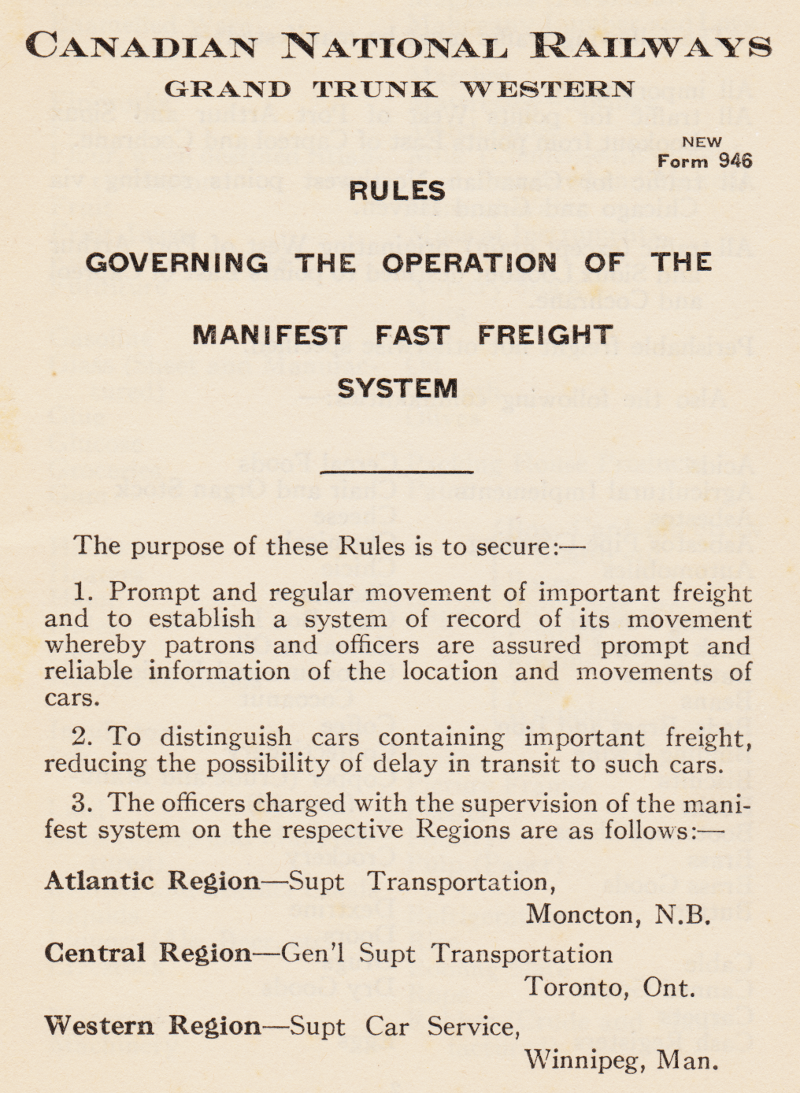 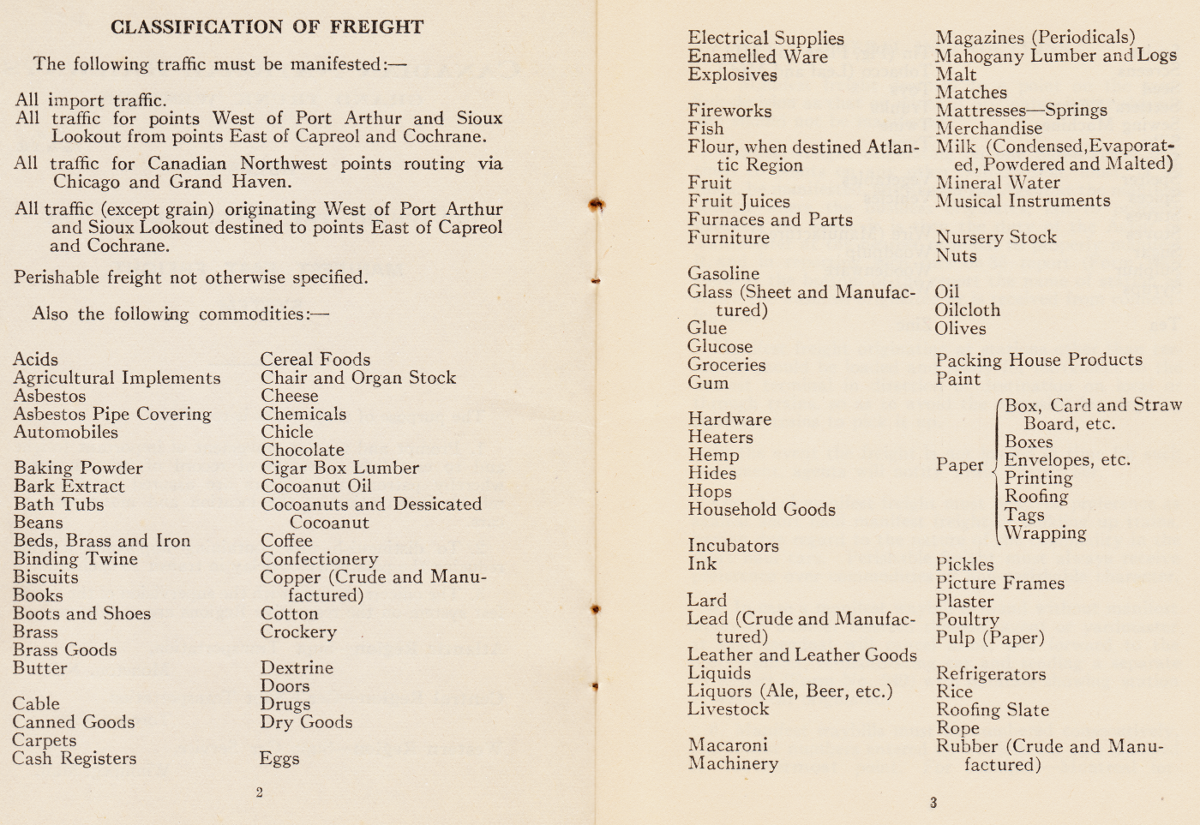 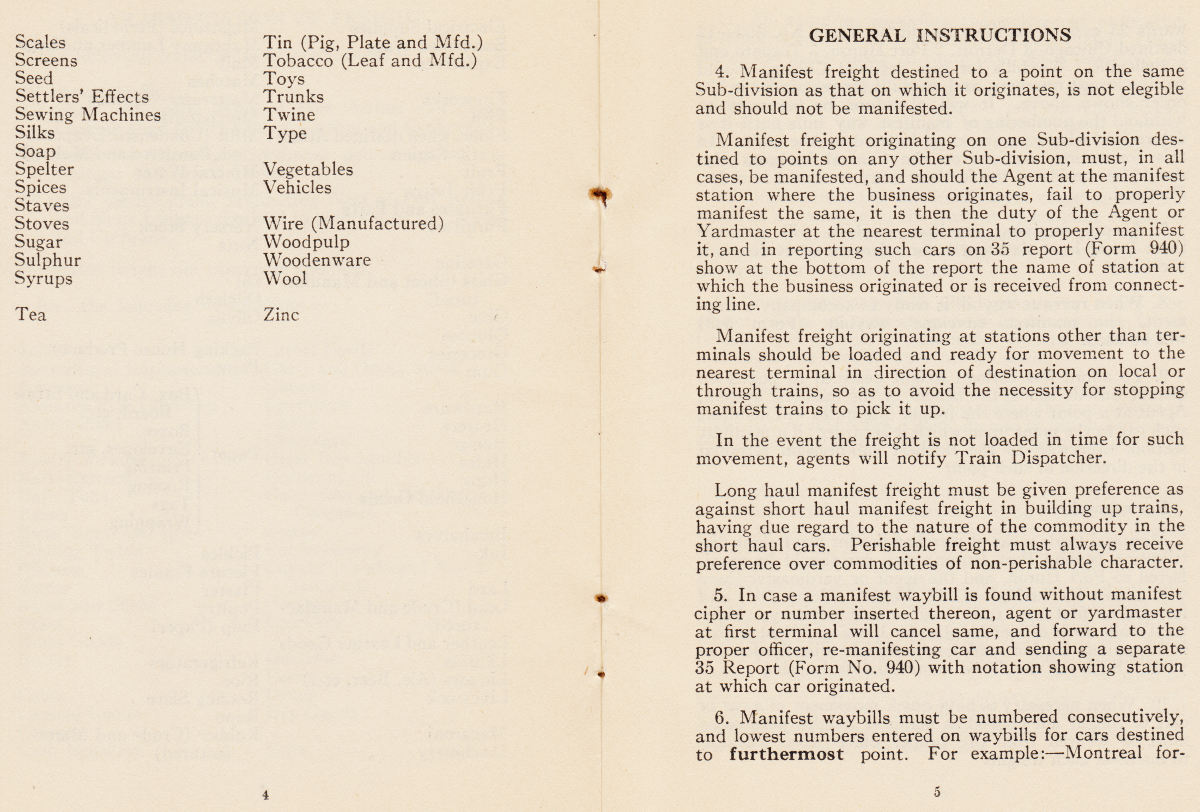 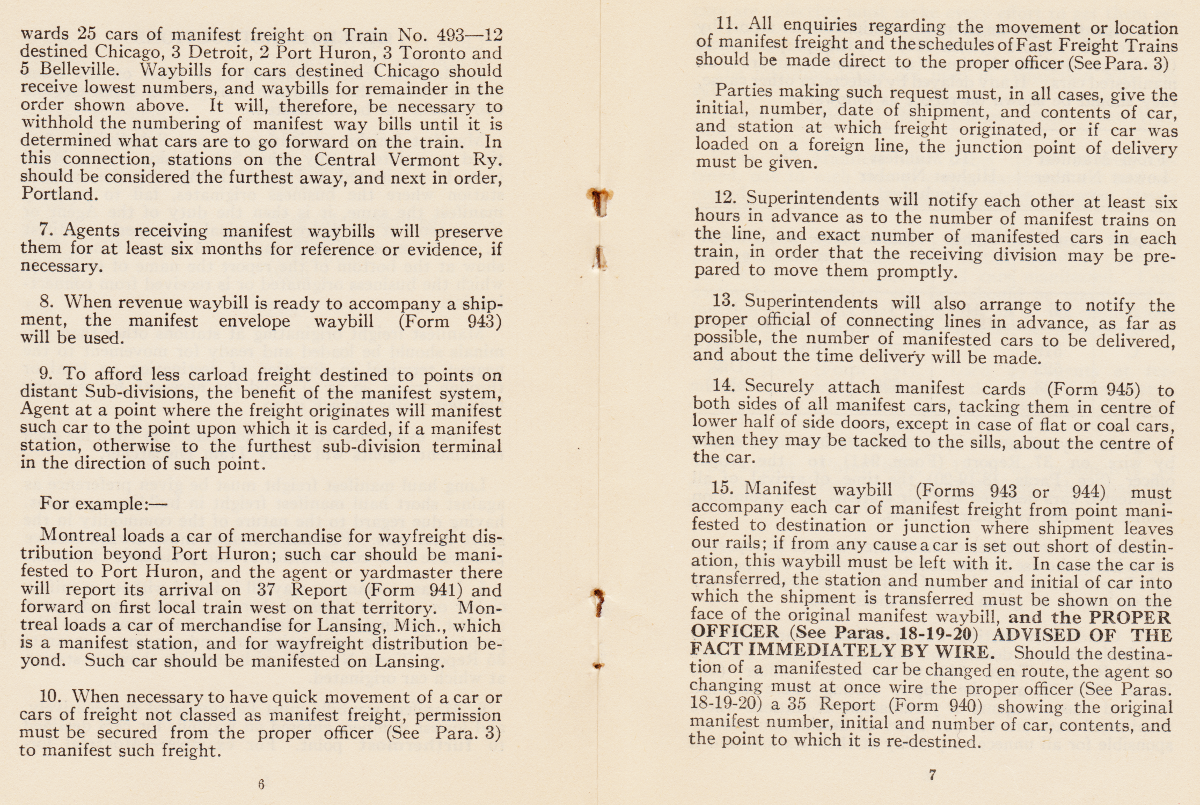 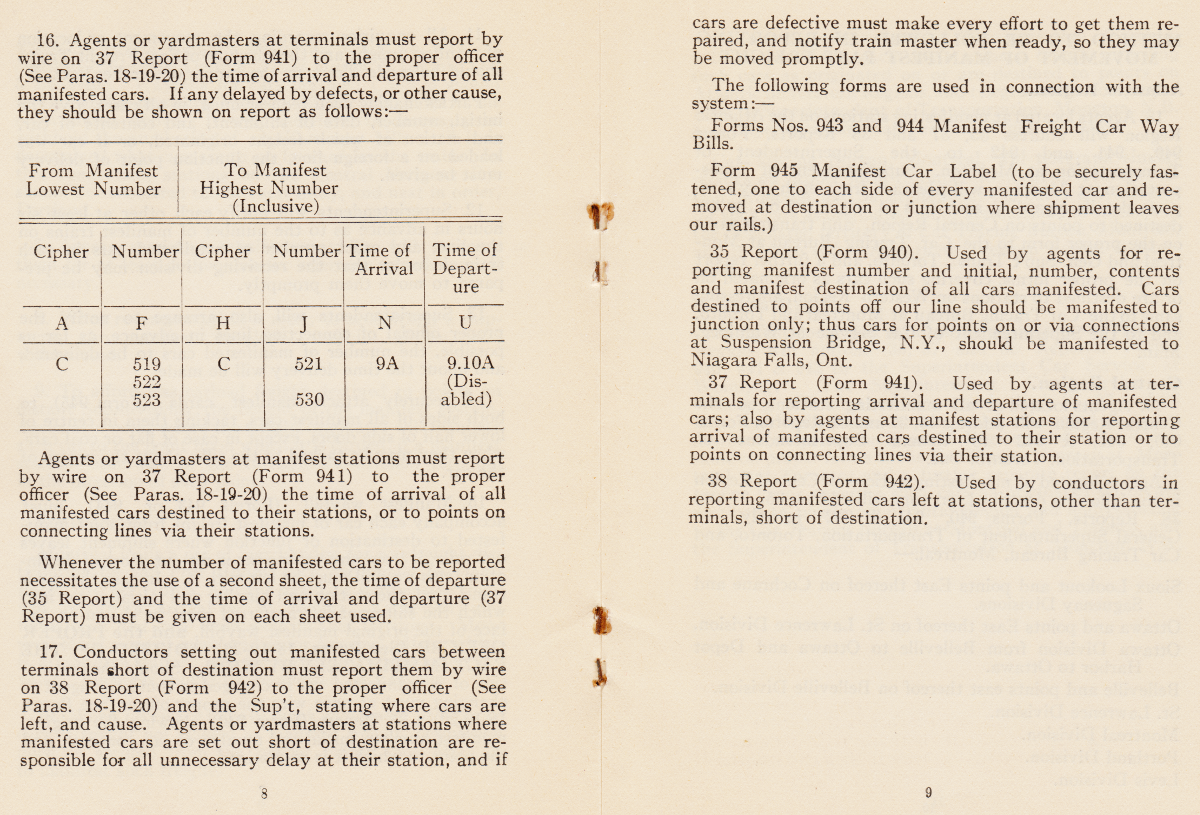 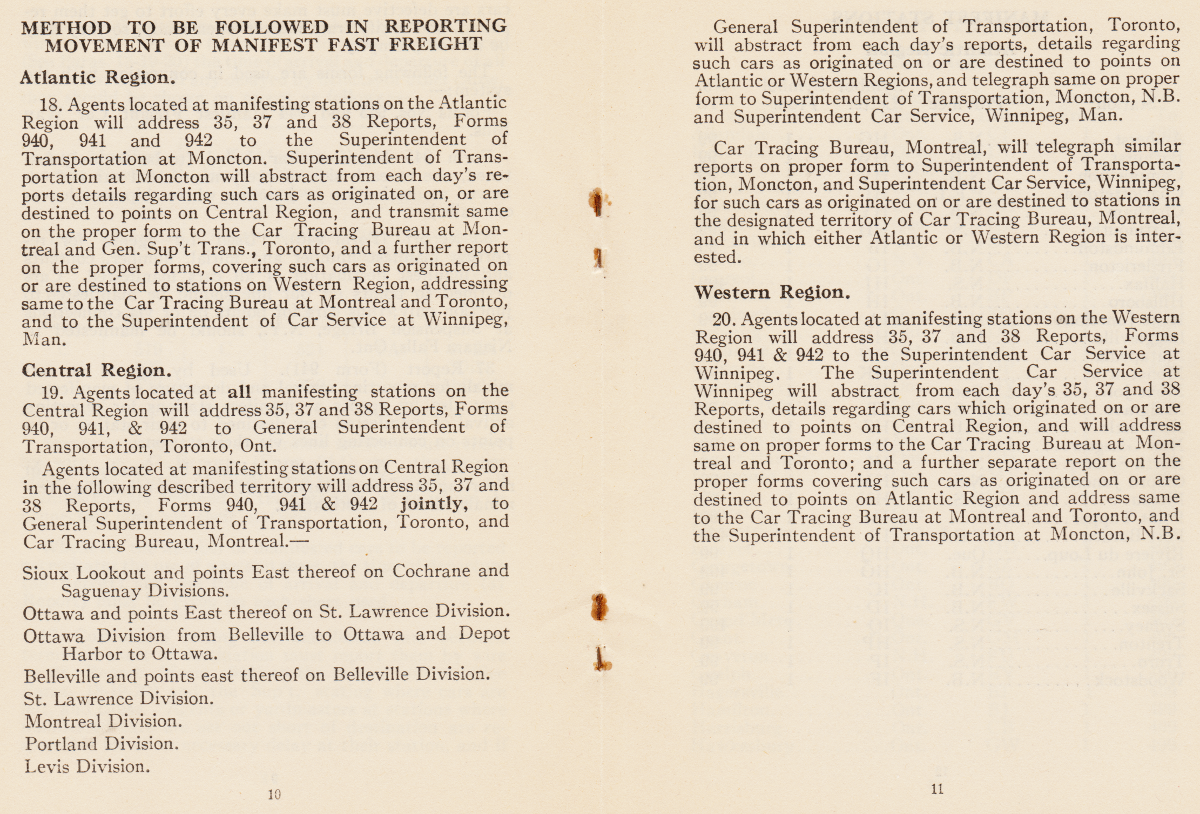 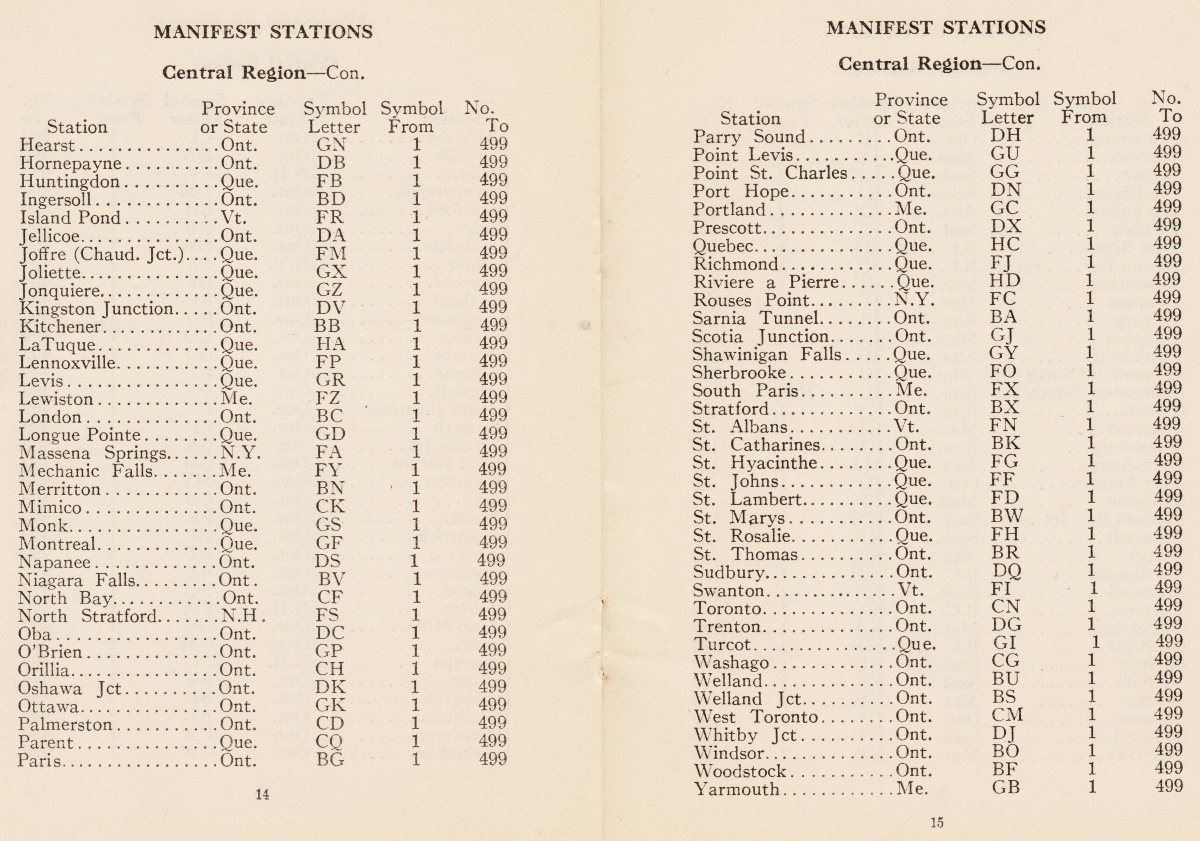 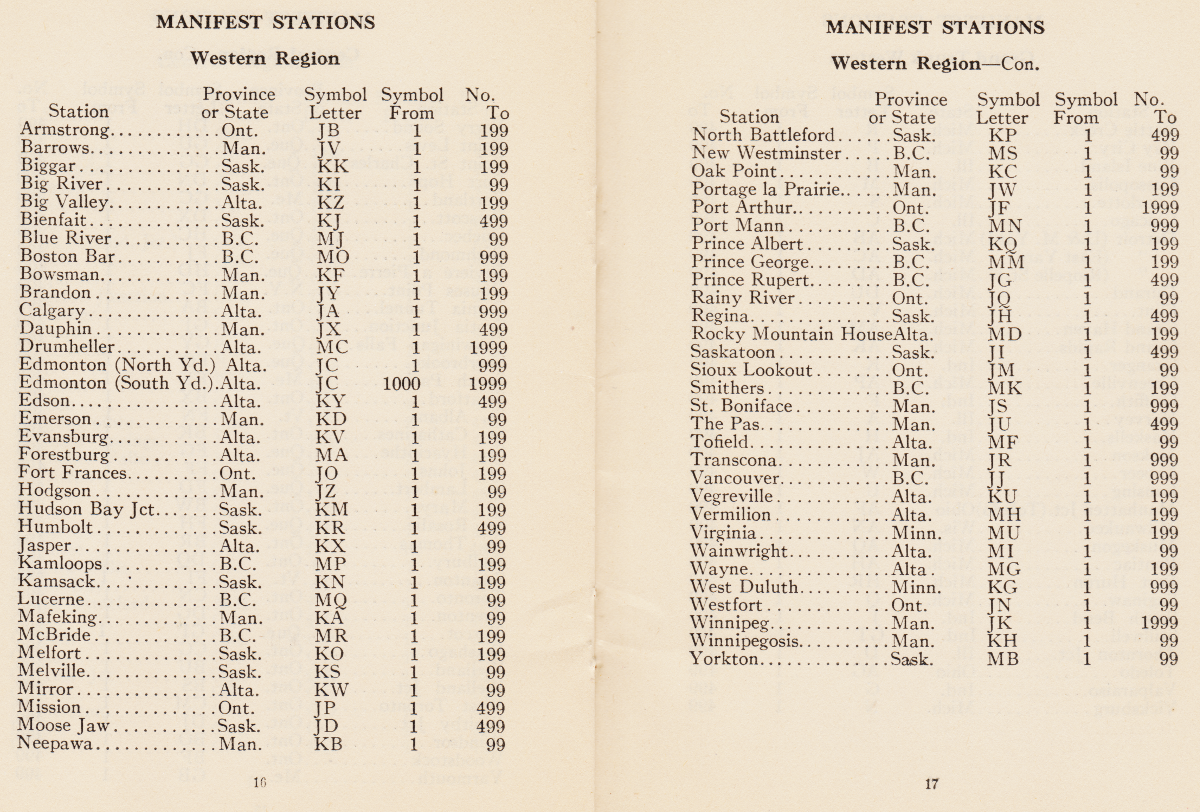 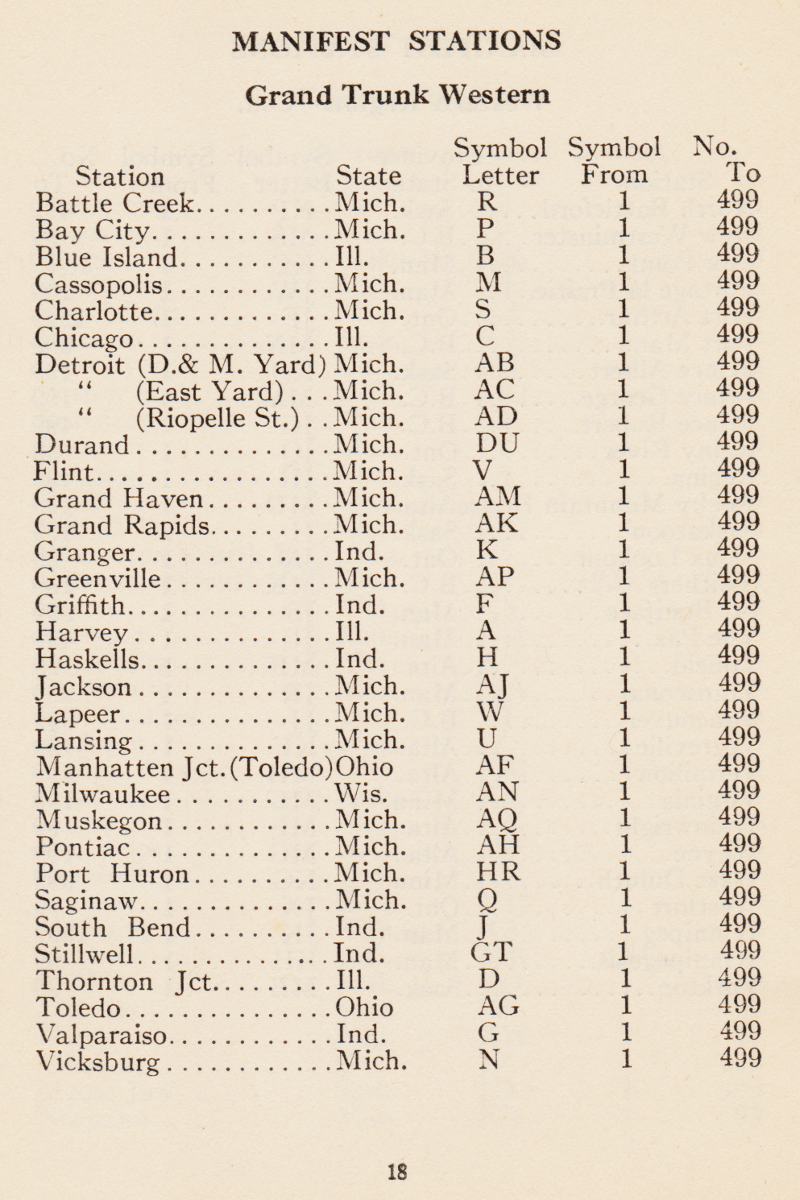 
As the CNR booklet outlines, the 'symbol' - the station code (Amherst, Nova Scotia HG) and its consecutive waybill number (1-99) - are written on waybills.

See below: If the numbers 'reset' at 1 at the beginning of each month, that helps explain why the high volume terminals have a larger range of numbers than smaller stations such as Amherst.

And the CNR book states that when an agent is writing up a group waybills, the lowest number goes to the farthest destination. So perhaps as a scaled-down example, on September 1, 1923, the agent for Amherst has 4 cars to write up for destinations in BC, Manitoba and Ontario:

If the agent has these cars in his yard and a westbound can only lift 2 cars. The lowest numbers depart with that train.

Back in the age of paper and telegraphs, the CNR system was designed to provide a 'near internet' level of information accessibility - so cars could be traced rapidly and efficiently by management ... and so workers involved in the process of handling the data and the cars could help meet the CNR's goal of reducing the possibility of delay for cars containing important freight.

End of The Science of Railways text.

I still wanted to see "Manifest Freight Train" used in a sentence.
On archive.org I found this book:


Dr McVey (1869-1953) was an economist and university president ... that information comes from his Wikipedia page.

At the bottom of page 224, he gives his opinion on the most economical kind of freight train. It is the Manifest Freight Train. 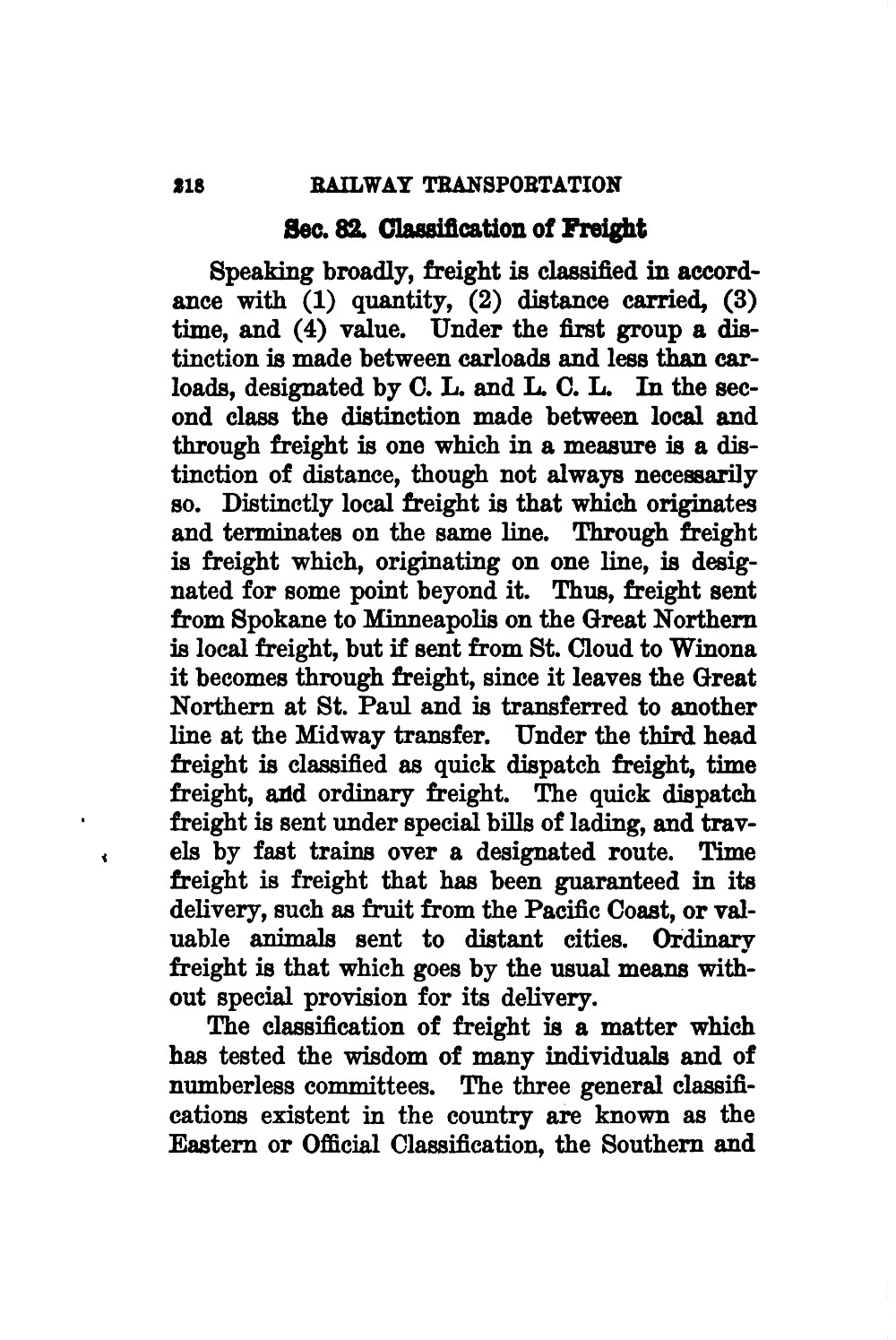 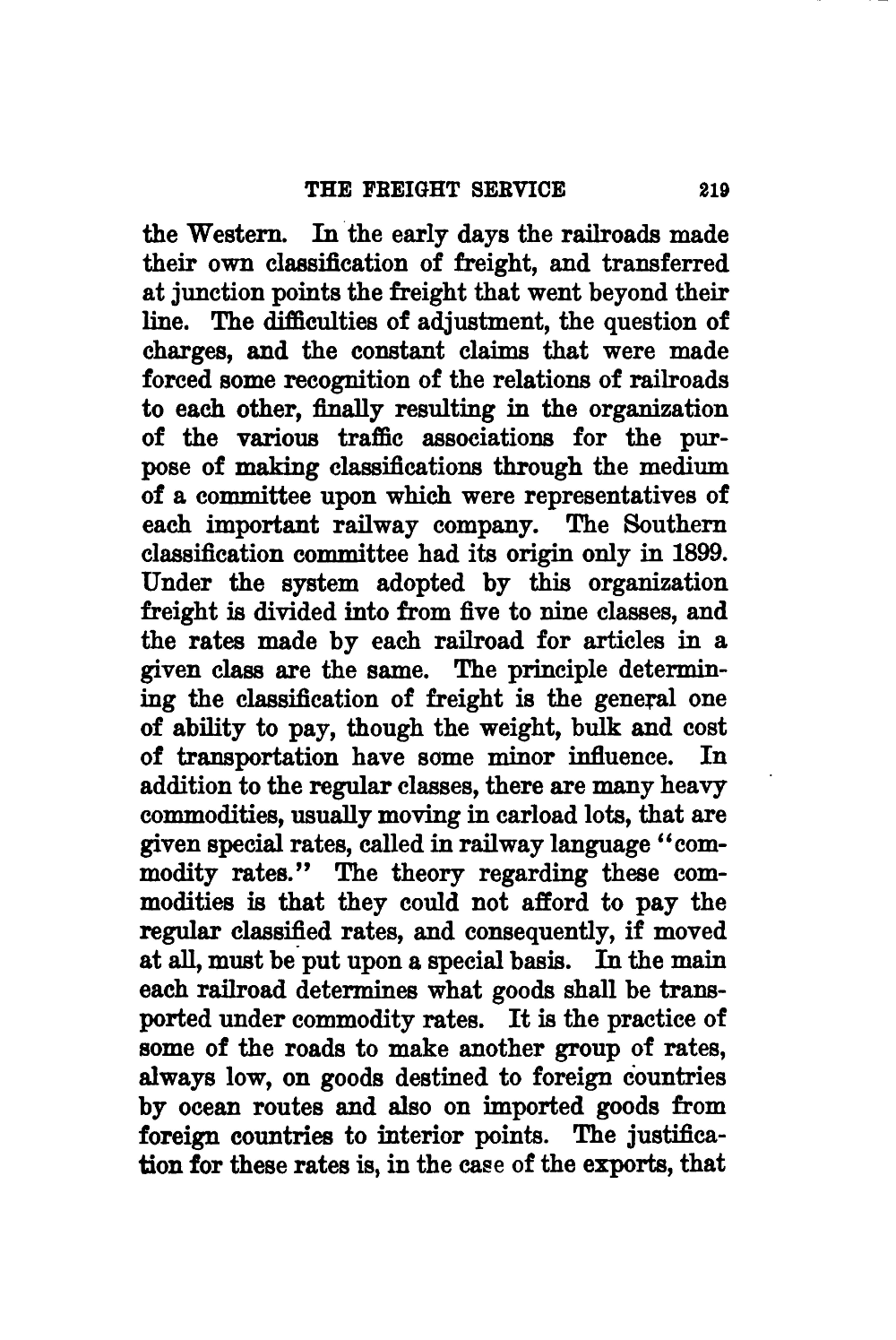 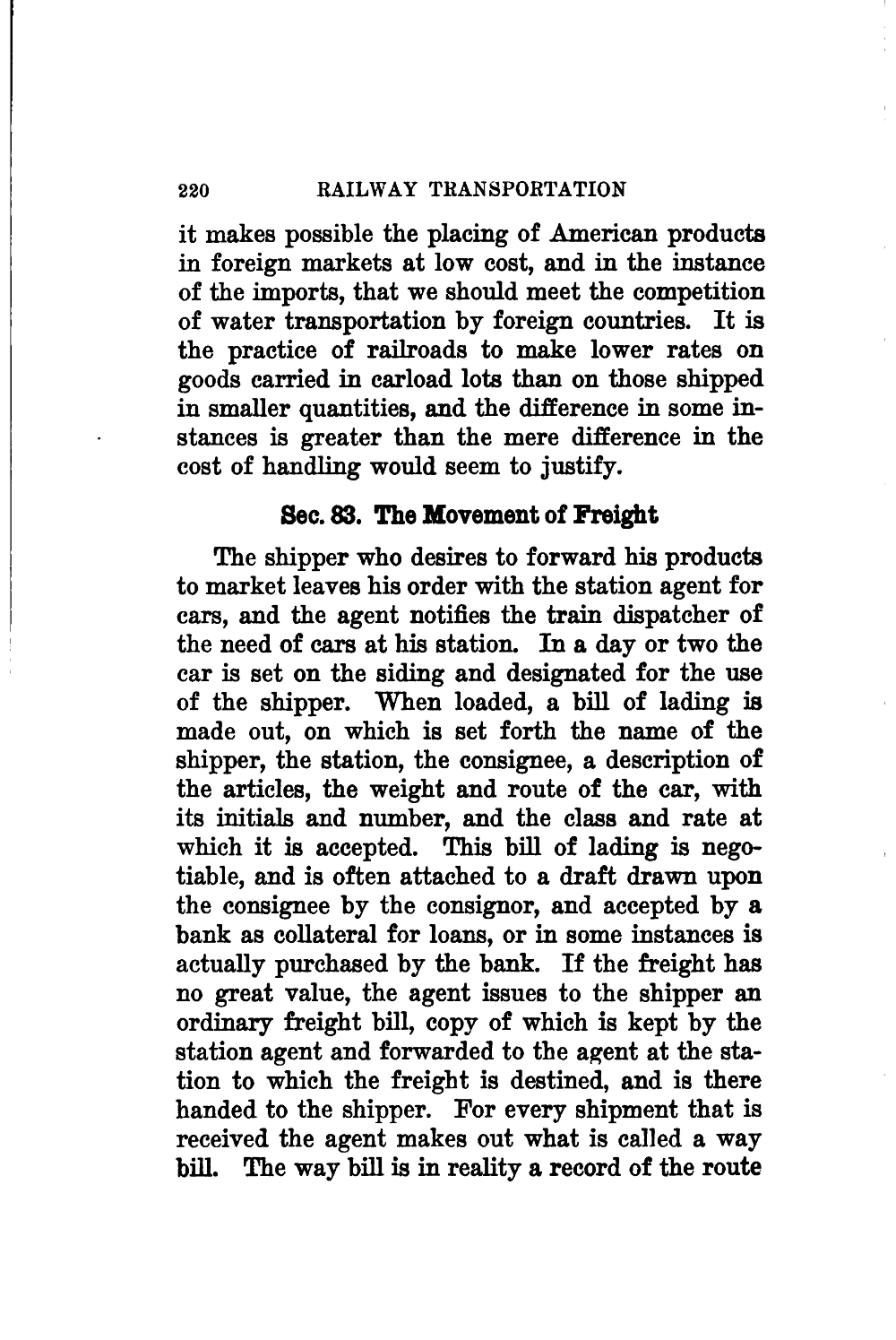 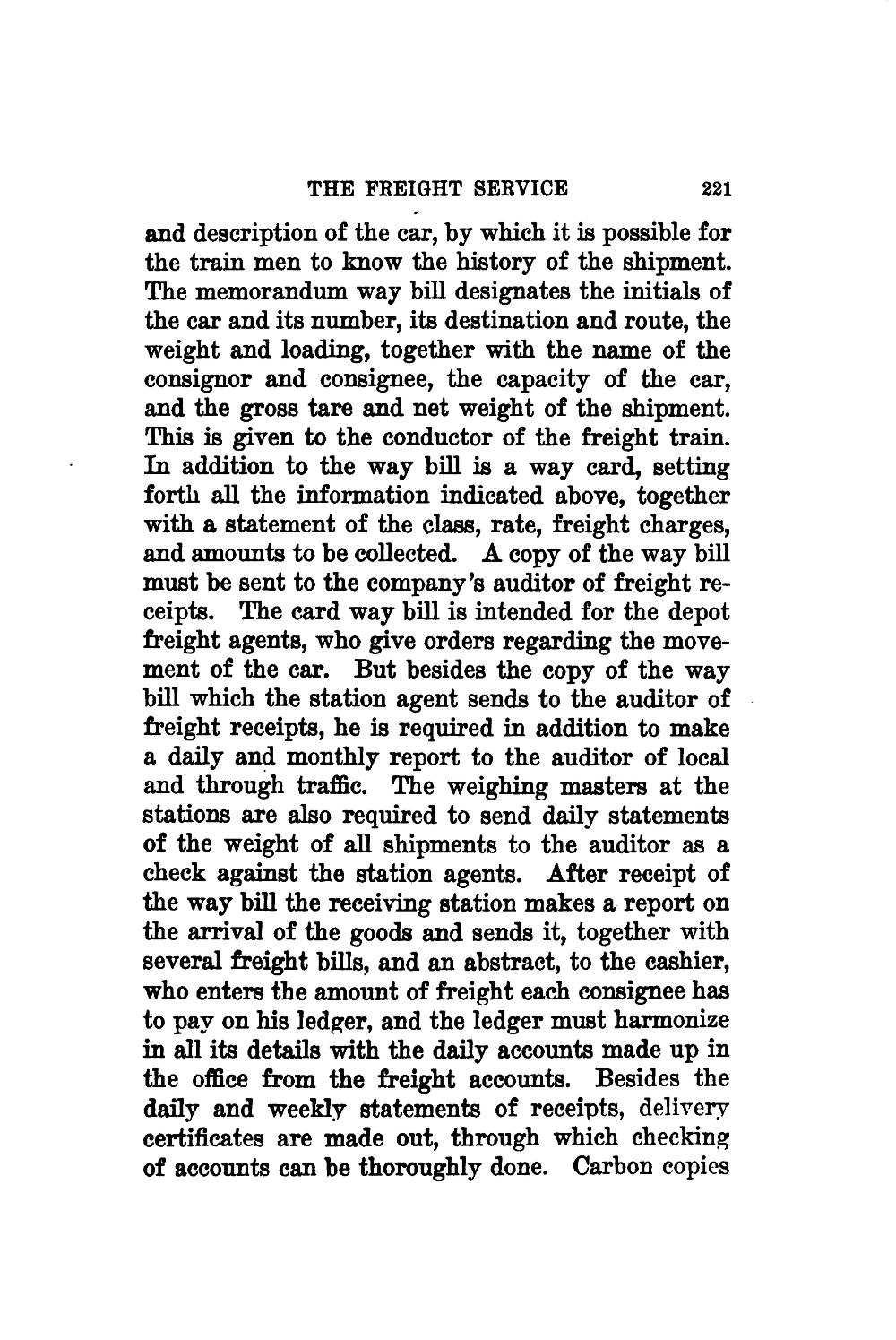 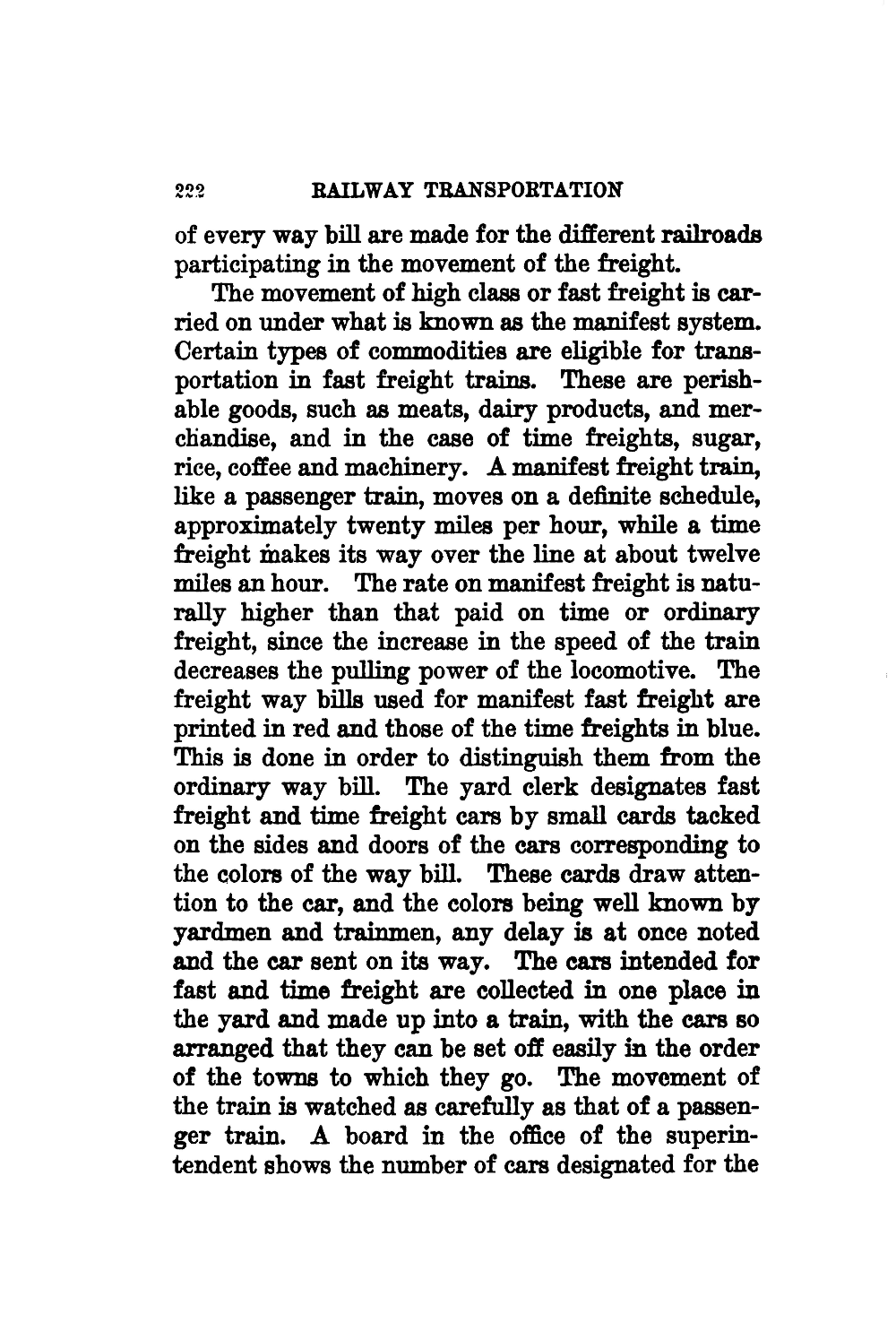 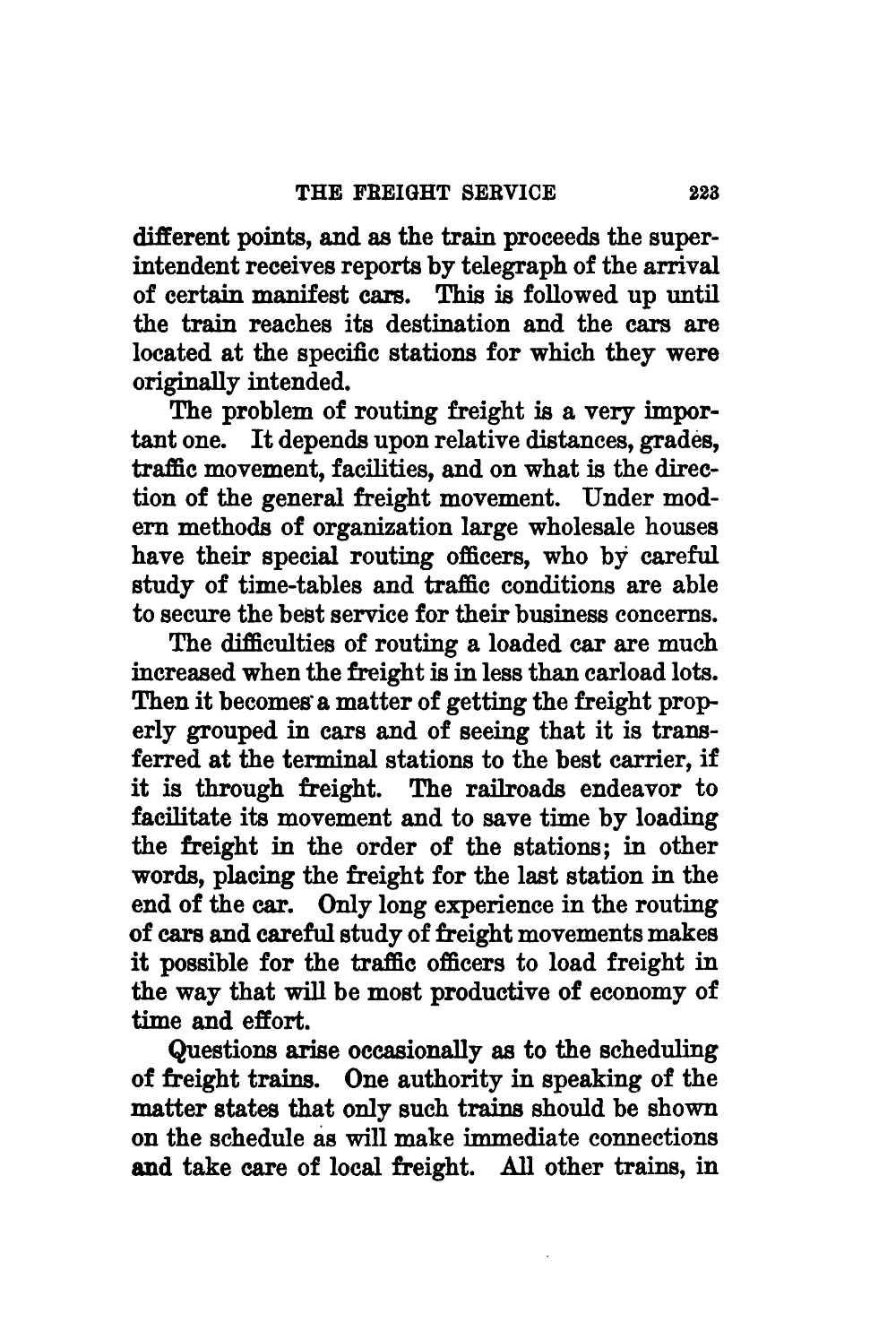 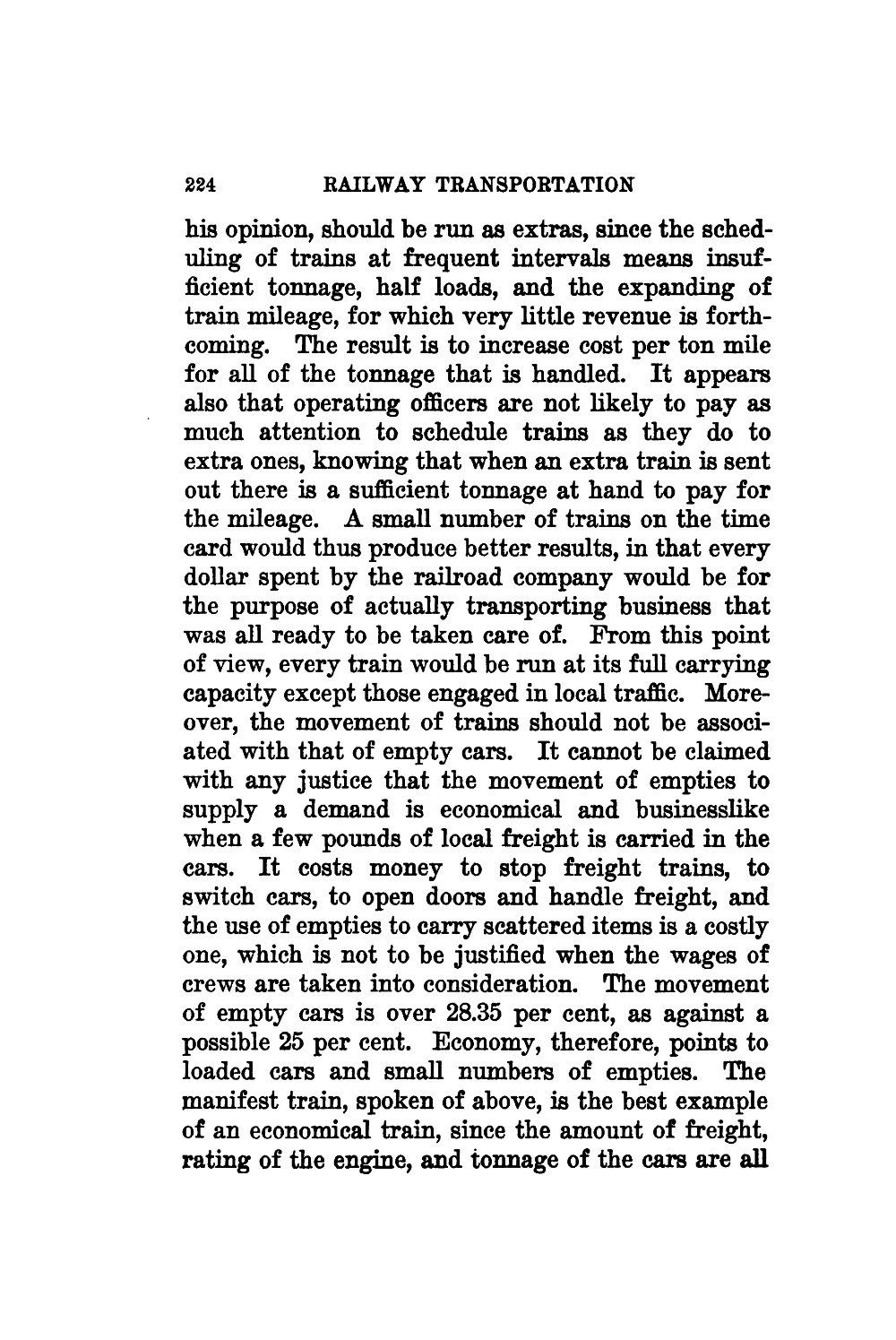 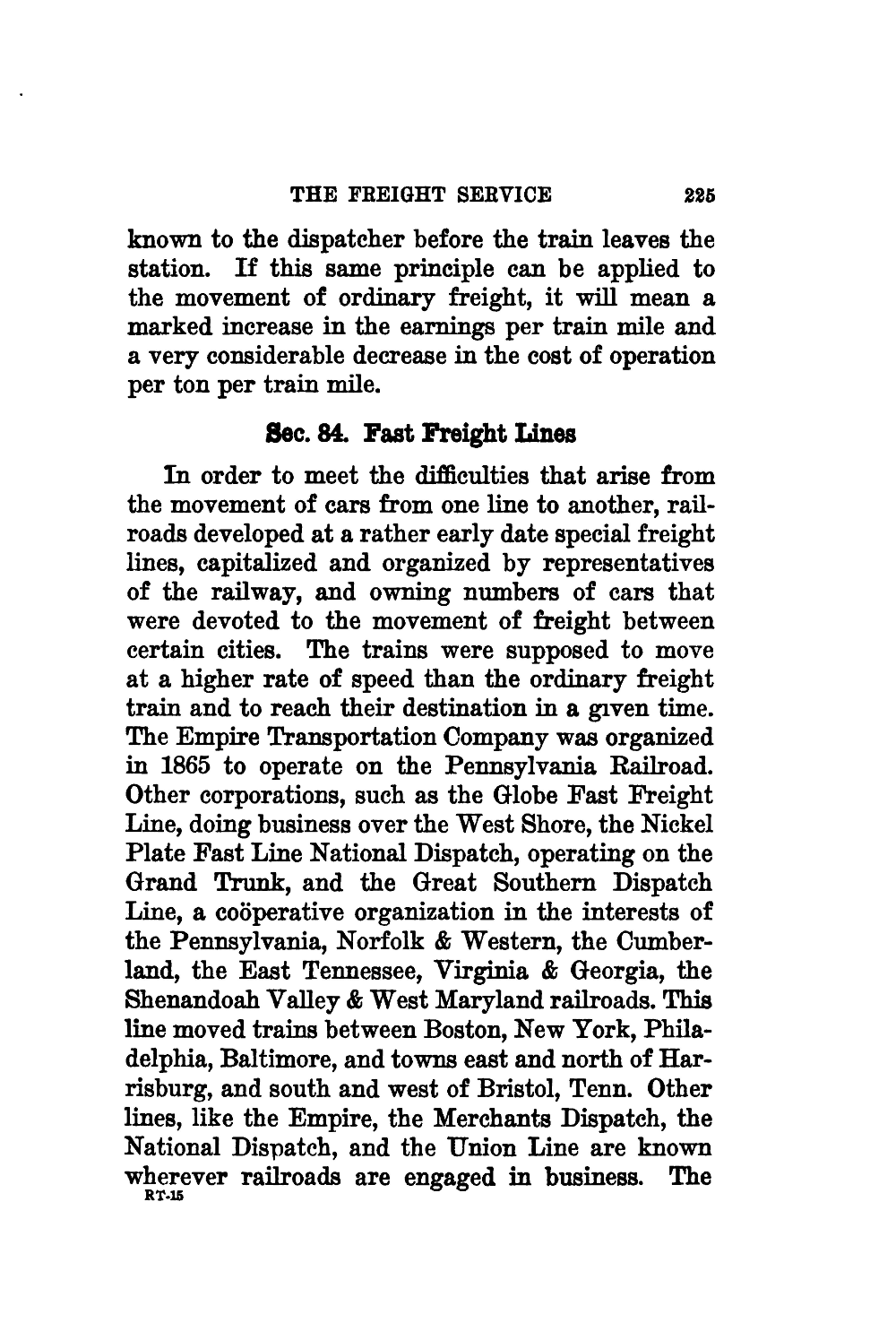