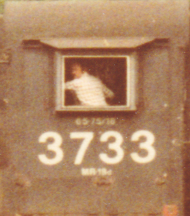 On a humid, overcast summer afternoon in 1981 or 1982 we were down in Brockville to find some railway activities to photograph.

Way back then, A Trackside Guide to Canadian Railway Motive Power by Earl Roberts (1982) had just been published for the first time. This booklet represented a major advance and it was a valuable reference for Canadian railway enthusiasts. The first edition was 55 pages long.

Today, this publication is known as The Canadian Trackside Guide. 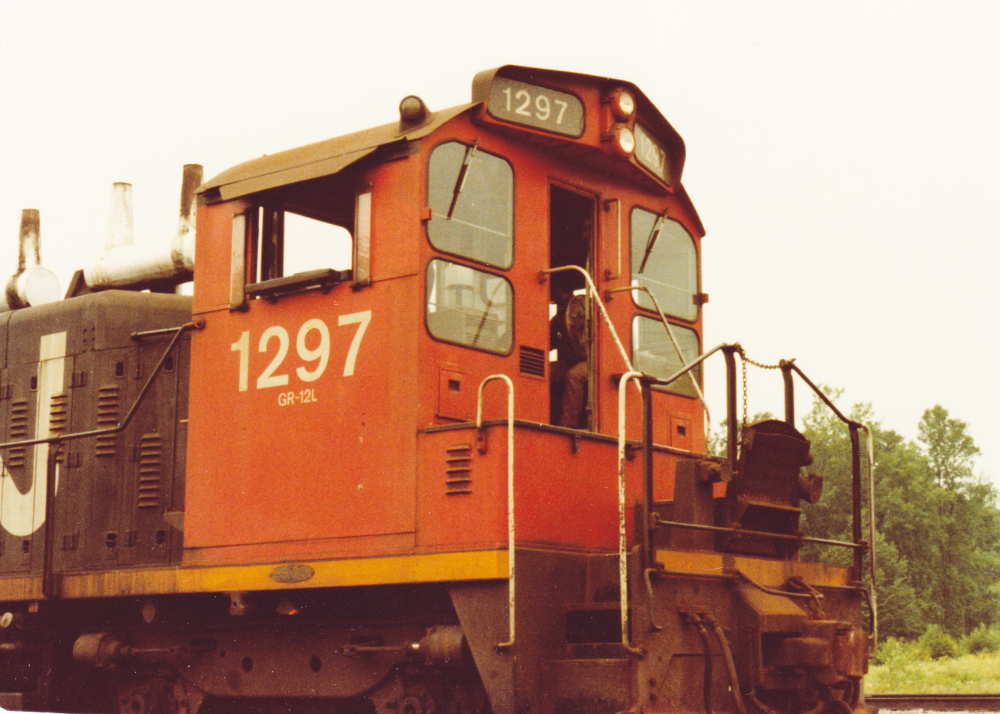 The 1297 was built by EMD in 1958.
I had never noticed the rooftop class lights by the number boards. 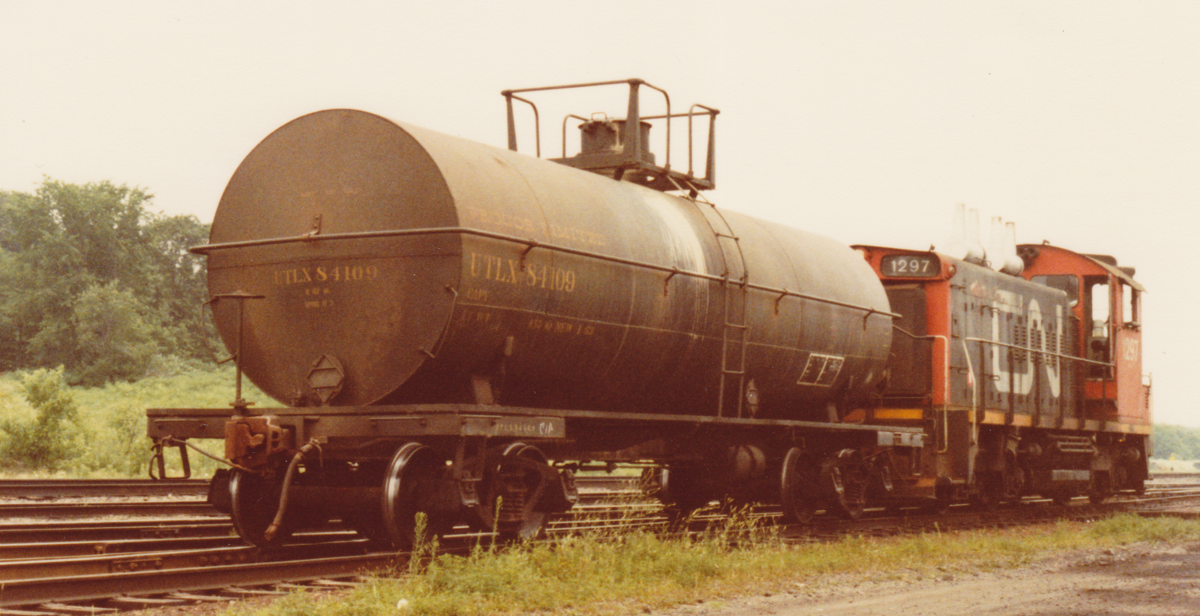 A westbound VIA train passes through the east end of the Brockville yard.
To see more of the yard, just scroll right. 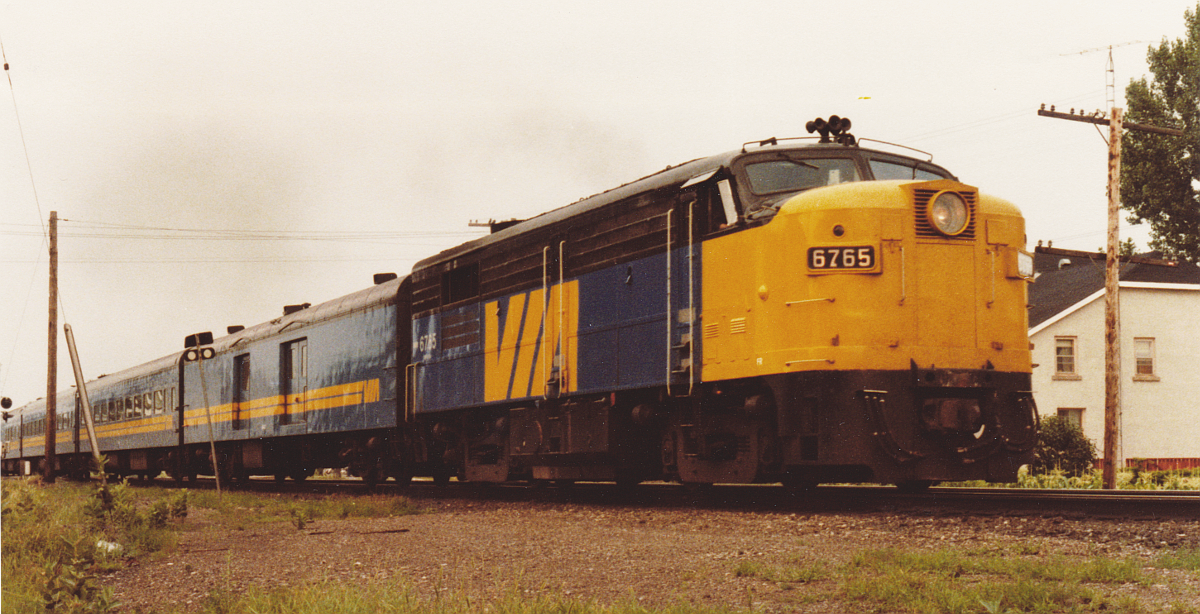 A westbound VIA is leaving Brockville. 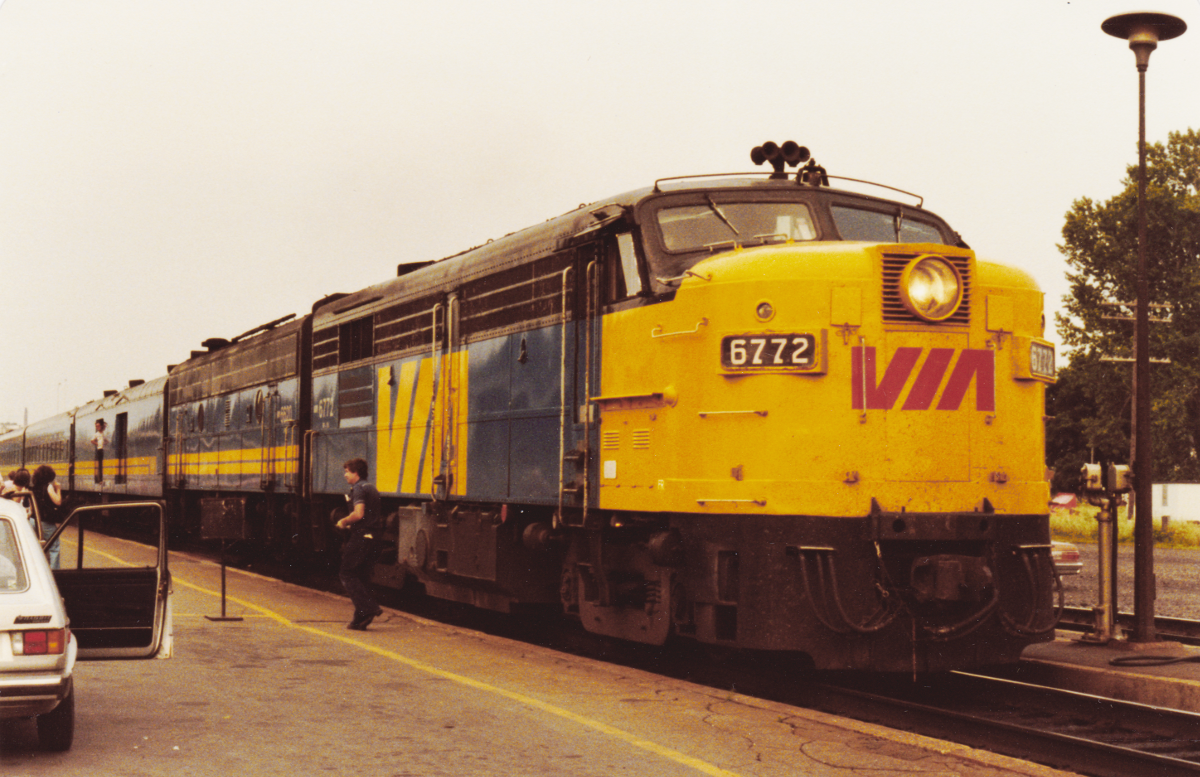 Another VIA westbound is arriving at Brockville.
The second engineer has just dropped off. 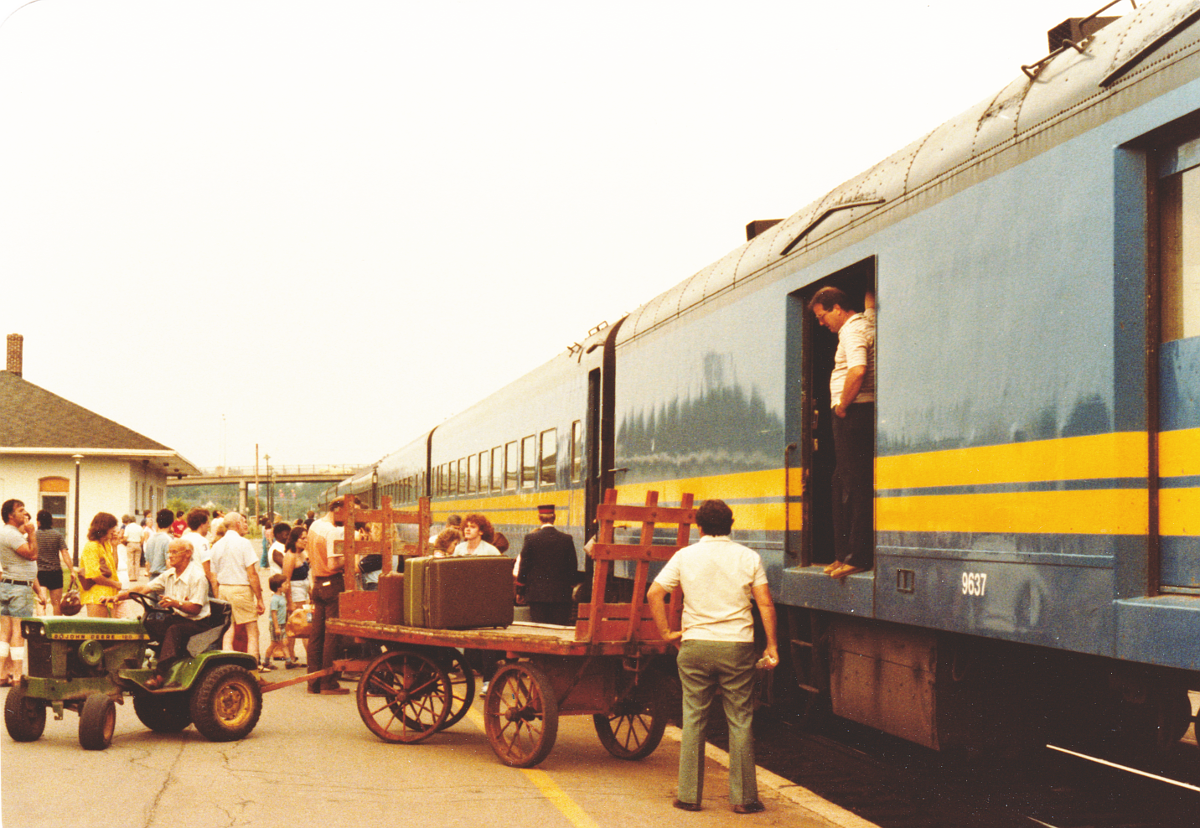 My manual Yashica FX-2 also picked up the headend activity.

I understand that the baggage car position during this era was held by a fully-qualified
train crew employee - who also had enough seniority to bid on and obtain the position.


If you consider the operating realities through most of Canada, keeping a fully-qualified person here during the age of steam made pretty good sense. In a case where a passenger train experienced an equipment failure, etc, on non-ABS track before radios ... it was probably best to keep both the engineer and fireman with the steam locomotive. If providing flagging protection for the headend had been necessary, the baggageman could have been employed to flag there or to flag adjacent main tracks if there had been a derailment.

I worked really hard to make a case for the rules-qualified baggageman.

At the particular moment, circa 2000-2002(?), when VIA went to the 'flight attendant' model of on-board staffing for 'The Corridor' - in which only those in the cab had operating responsibilities ... I was riding back from a CP Annual Meeting in Toronto (way back when the conglomerate and/or railway still had their meetings at the Royal York). One year, they brought a locomotive simulator to the hotel to provide demonstrations of the technology - but I digress ...

Back to the VIA train, Toronto to Kingston ... The conductor union rep in our car - who had just been told of VIA's change to passenger train staffing - was rather ... upset. He spoke of just being told they 'weren't needed' anymore and this loud dissertation continued on down the track.

... The fact that the engineers were willing to go back and heft baggage was key to VIA's implementation of the new staffing plan at that point.

A few years prior to that event ... after a through VIA train made its last intercity stop at Kingston, an engineer would routinely radio back to needle his boss and the rest of the train crew ... 'Sit back ... relax ... and enjoy the rest of your ride.' 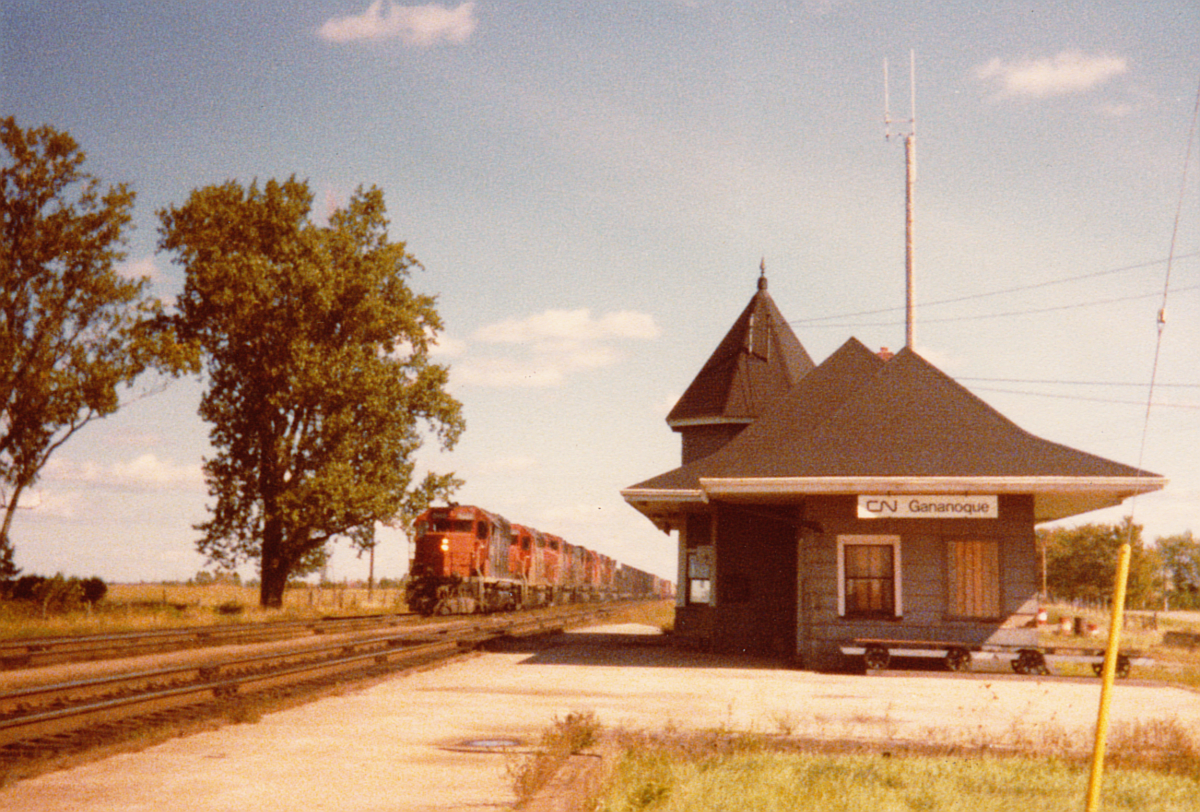 I kept a point-and-shoot Vivitar 110 flash camera in the car for quick trackside use.
With some sun at a good angle, it produced a nice result at Gananoque with this westbound.
I think some rounded-fuel-tank MLW 6-axle units are along for the ride.
The radio elements on the station aerial predated the modern steel tower equipment.

Six days into Lester B Pearson's time as Canadian Prime Minister,
while John F Kennedy was the US President and not long after Cuban Missile Crisis ...
CNR put out this employee timetable.

This was only three years after the end of steam
and many of the railway's features had not yet been scaled back.

Both Belleville and Brockville were engine crew change points.