Boston and Maine in October 1954 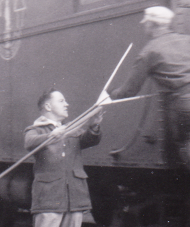 In 1954, my father travelled by rail with a couple of relatives from Lachute, Quebec to visit a cousin in Greenfield, Massachusetts. Back in the 1950s, there was a post-war shortage of labour, and workers could cross the border with relative ease to meet the demand.

Initially, cousin Gerald MacAdam had a gas station in Greenfield. Six years later, I was around when we visited him and his family at Shelburne Falls, Massachusetts. To see the latter encounter - involving more Boston and Maine scenes - follow this link to my family history blog. Naturally, there are other railway subjects to be found there as well.

Here is a quick 1951 overview of the operations of the Boston and Maine ... 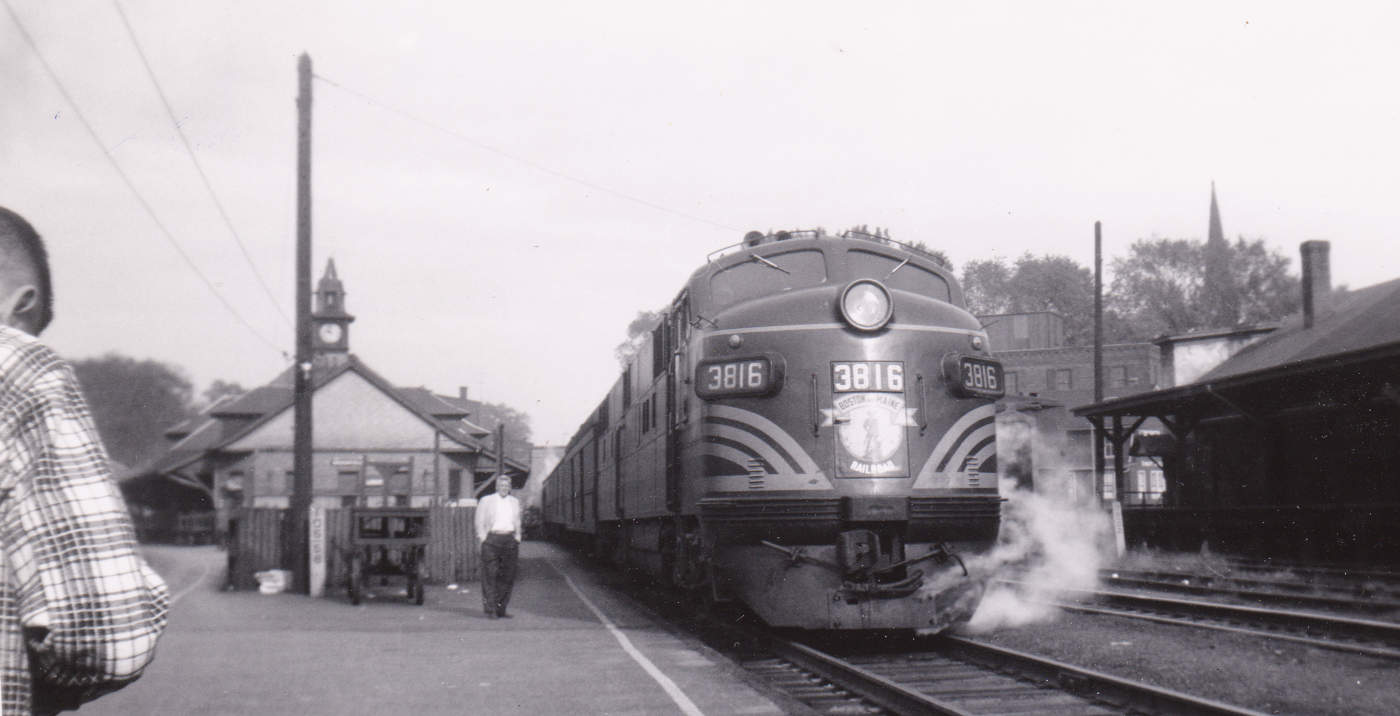 Bob MacAdam takes a photo with his box camera.
His father, Stewart MacAdam, stands beside an eastbound passenger train,
led by B&M 3816, an EMD product of 1948.

I have reproduced selected pages of my father's B&M public timetable. The cover documents the confusion produced as Massachusetts and New Hampshire extended their Daylight Saving Time. The need to 'standardize' time - precipitated by the development of railways - is a favourite subject on this blog ...

A system of standardized international time zones had been agreed to in 1884 by many countries - thus eliminating the solar/railroad company timekeeping mess described in other posts. Three decades later, during the Great War, nations such as Germany (Sommerzeit), Britain and the US had to monkey with the system circa 1916 ... by instituting a 'daylight saving' time.

I think this was an offshoot of 'Taylorism' thinking - the idea that you could optimize humans' performance and behaviour like they were little machines. Humans will turn on their incandescent lights, put coal into their furnaces and ride the electric streetcars to their jobs at the local steel mill when they choose. The silly fiction of Taylorizing humans' energy consumption through Daylight Saving Time fiddling has continued into this century. But I digress ... 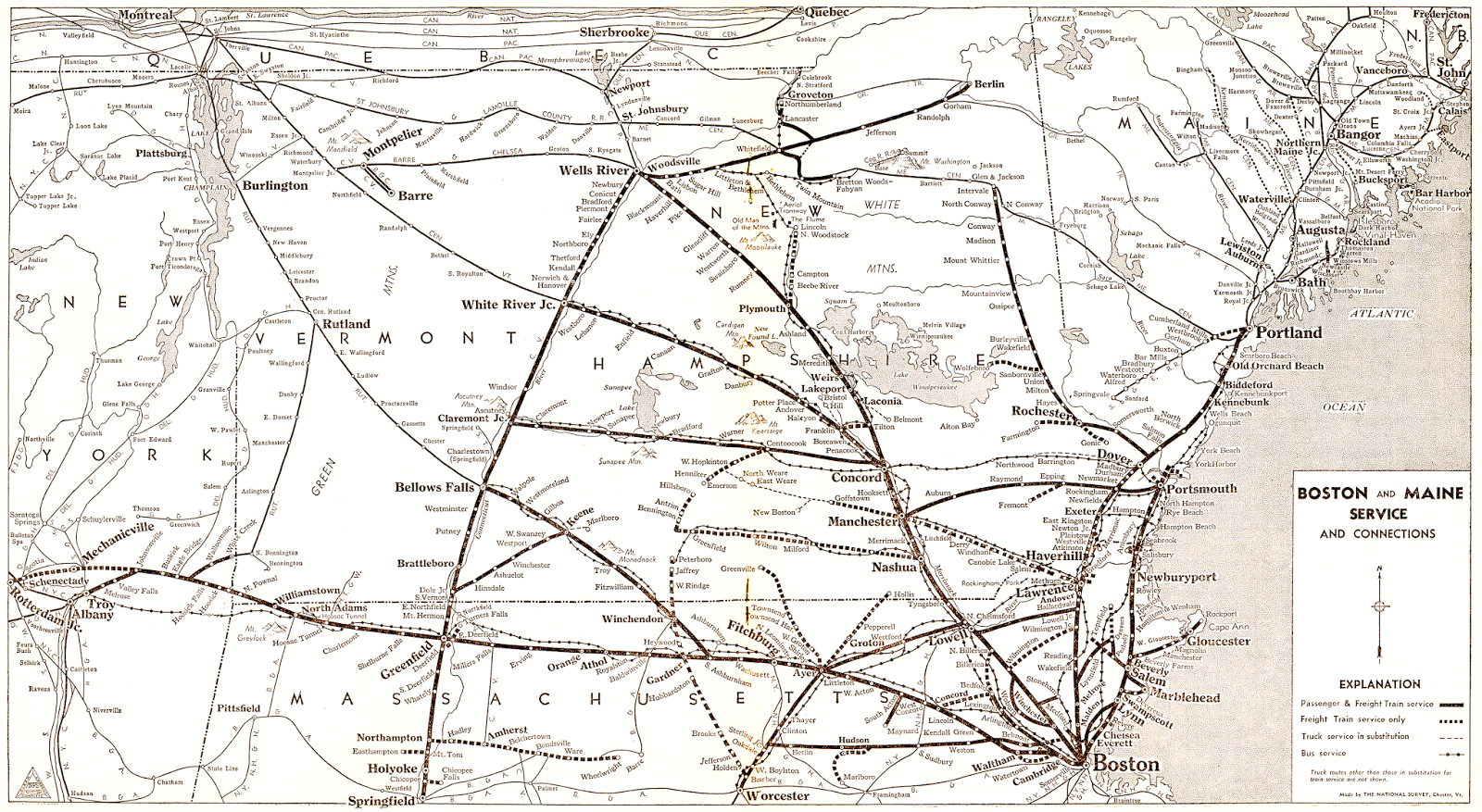 The map above is reproduced in two sections below, so you can make out some of the tiny print.
... The central brown staple area (above) can help you find your target on the enlarged sections. The section describing the equipment used on all trains on the system is reproduced below. This Boston and Maine timetable includes a remarkable number of connections
to other transportation systems in Canada - including to PEI and Newfoundland.

The pages with tables for Canadian points are reproduced in full.
In one case, a page of US tables is reproduced because it displays
reference marks for Canadian tables on the following page. My father's photos from Greenfield, Massachusetts in October 1954 continue ... 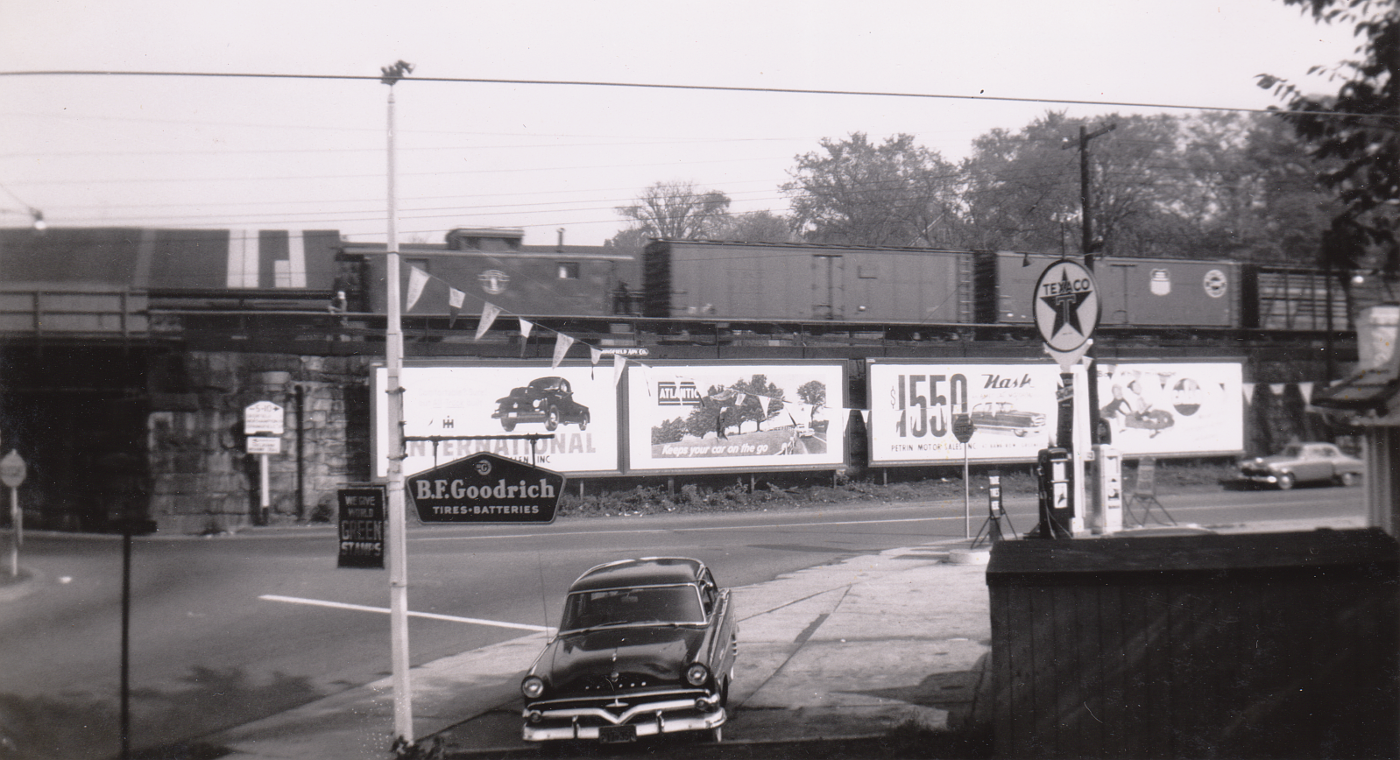 An eastbound freight is seen from Gerald's house ... overlooking his service station. 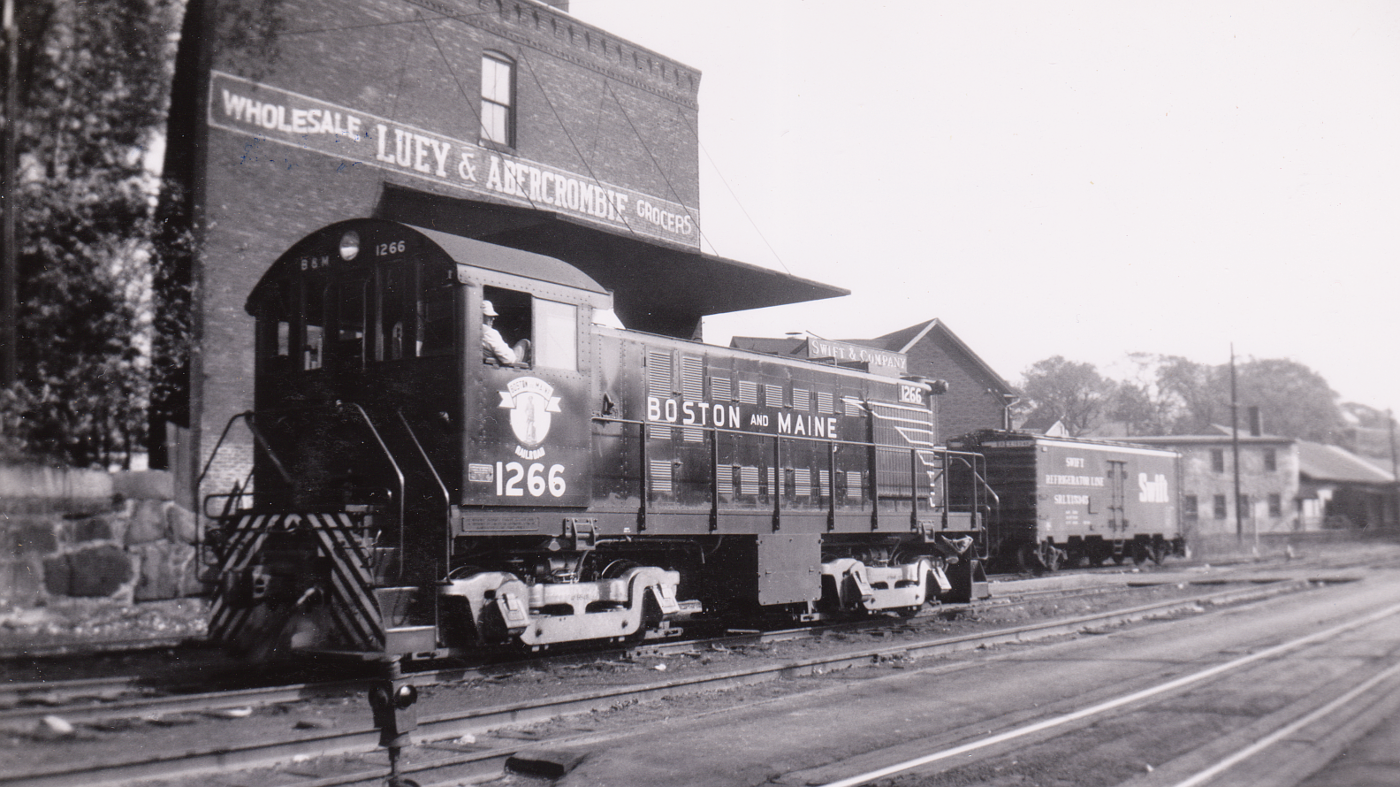 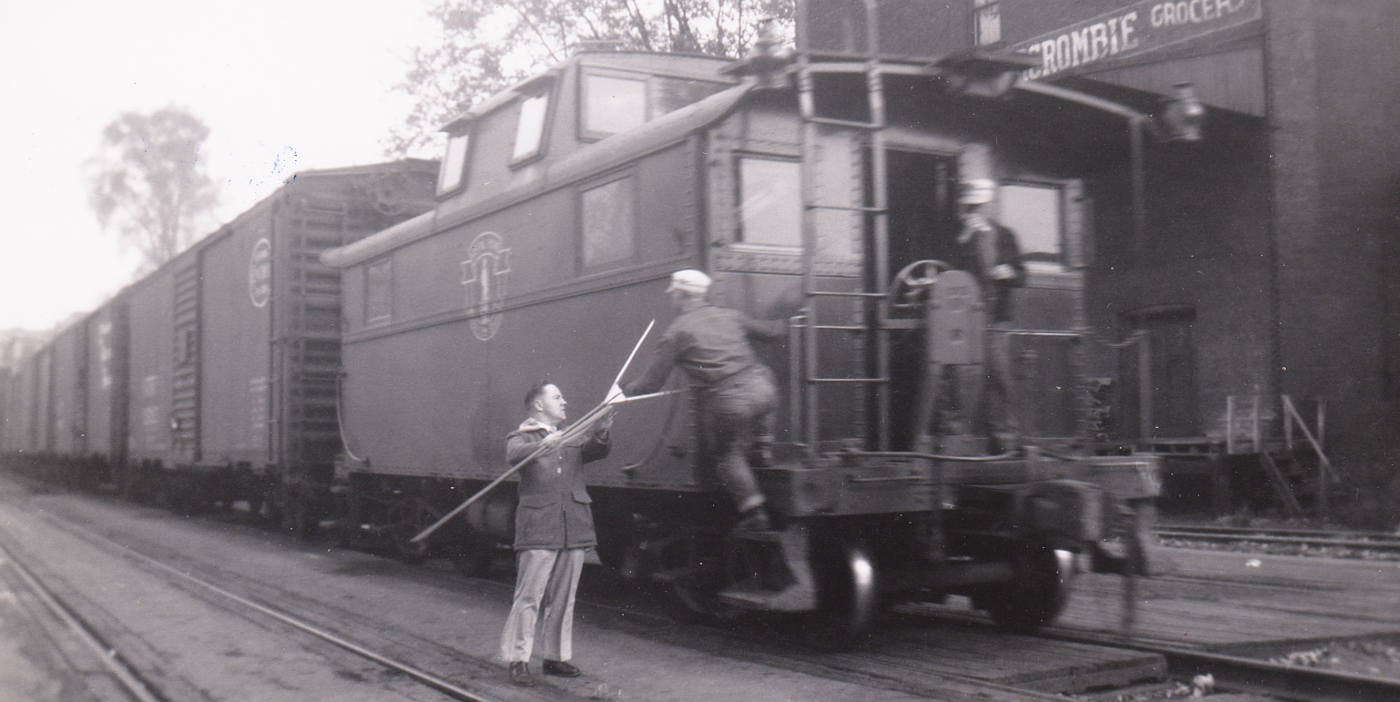 Orders for a northbound freight.

A recent post about Greenfield, B&M and the Vermont Central.