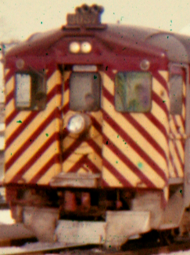 This series on the Budd Rail Diesel Car begins with the first half of a 1955 operator's manual. 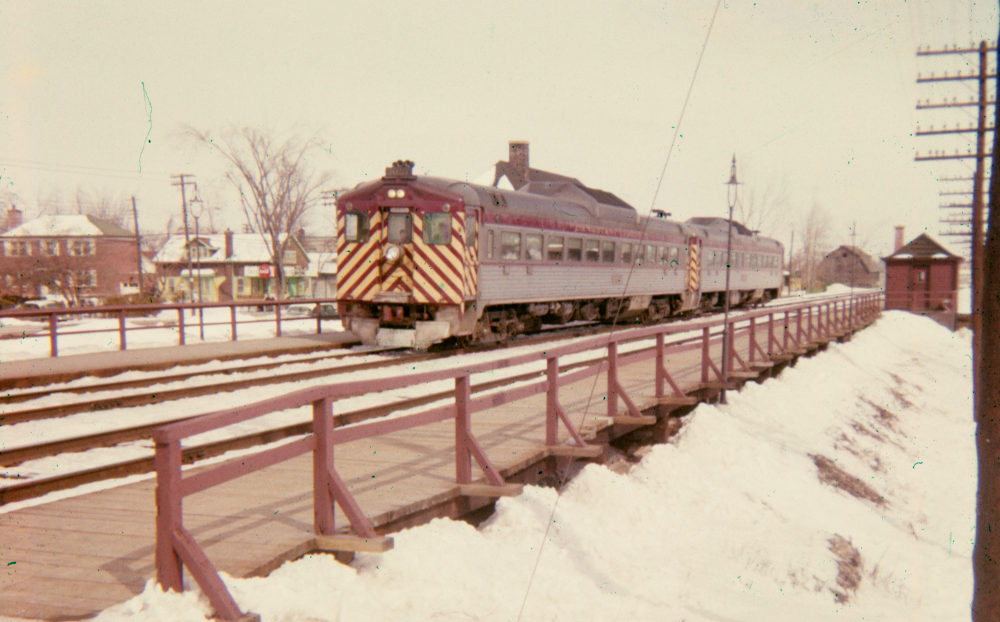 Living in Montreal with its abundant public transportation, my parents (and their parents before them) didn't own a car. Their first purchase was a Volkswagen Beetle (in 1962) ... actually, so was their second, and so was their third. Thereafter the Beetle was discontinued in Canada as its innovative engineering no longer met safety regulations.

Before 1962, for trips to visit my grandfather at Lac Saguay, or to visit relatives at Lachute, a CPR 'Dayliner' was the rail transportation vehicle I experienced most frequently. The old Ektachrome slide my father took at Valois in 1961 shows the Dayliner as I knew it. The striped pattern and the Mars light - both used to help prevent crossing accidents - caught my fancy. Notice above that the CPR has apparently supplemented the solitary engine crew member with two other 'crew members' - one of 'non-regulation' height. Unauthorized cab rides could begin and end in a non-conspicuous manner aboard an RDC.

Like the VW Beetle, the RDC was a product of its era and it came along at just the right moment for its purchasers. You already know the 'railroad story' of the 1950s and 1960s:

Here is a dispassionate, contemporary summary of RDC technology.

With bus motors arranged in pairs under each RDC car, you had an authentic 'bus experience'
... as the sounds, vibration and smells (including cigarettes) of an intercity bus trip were all there.

To be sure, this Budd Company photo shows an extreme example of the scalability of the RDC ... lots of demand - long train ... slow day - short train ... engine crew required: 1. In the cab you likely see one or more Budd Company trainriders - probably with manuals and tools aplenty to ensure that everything performed well - or was fixed as quickly as possible.

Anecdotally, the CPR did run some long RDC trains in commuter service on Montreal's west island. I took the slide above during the spring of 1969 - probably on a weekend. This was a short midday train outside of the usual commuter rushes. The latter were often handled by conventional equipment, featuring solitary F-units which were pushed into the short time without mercy in their sprint from 48th to 40th Avenue Lachine. It was quite dramatic to watch and to hear.

For future urban archaeologists: The CPR commuter station above was reached using a pedestrian overpass to cross the CNR tracks - it is the vantage point for this photo. To cross what today is known as Autoroute 20, the commuter, or eleven-year-old with a camera, pressed a simple 'Walk' button and this operated normal traffic lights to stop traffic in both directions. During this era, this four-lane highway had normal intersections with 40th and 48th Avenues in Lachine. There were also 'honour' newspaper boxes at these intersections for The Gazette. CFCF and CJAD traffic-copters patrolled overhead with traffic advice 'hits' being broadcast over their respective AM radio stations.

The first section of the Budd Operator's Manual follows below
to give you some details about this equipment's design and operation. 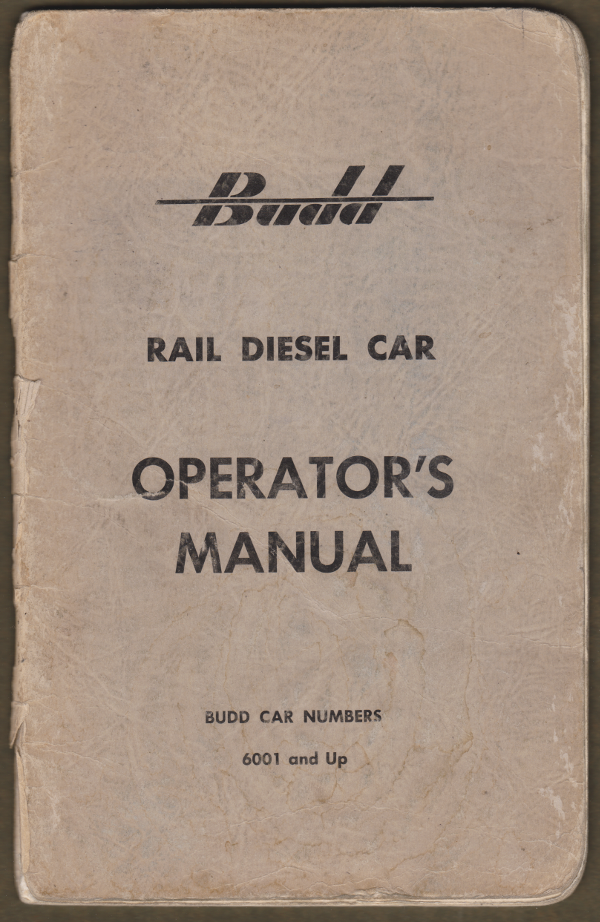 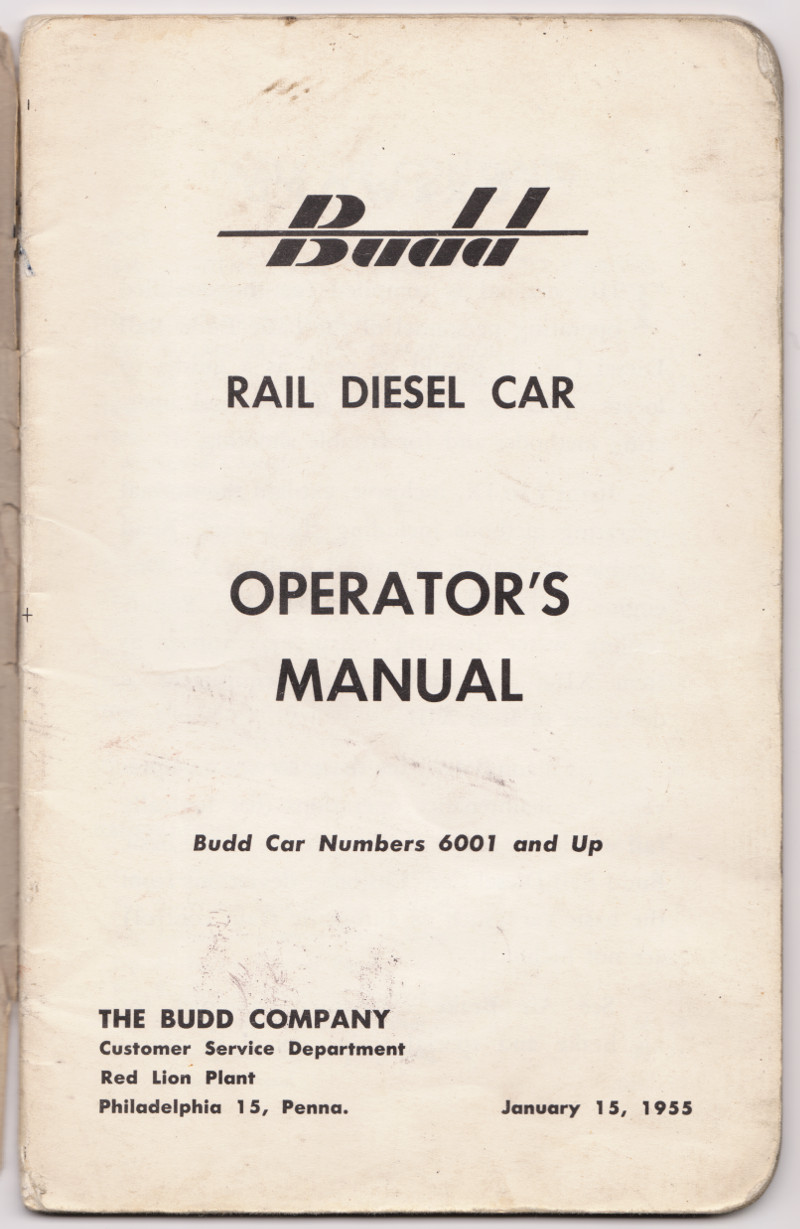 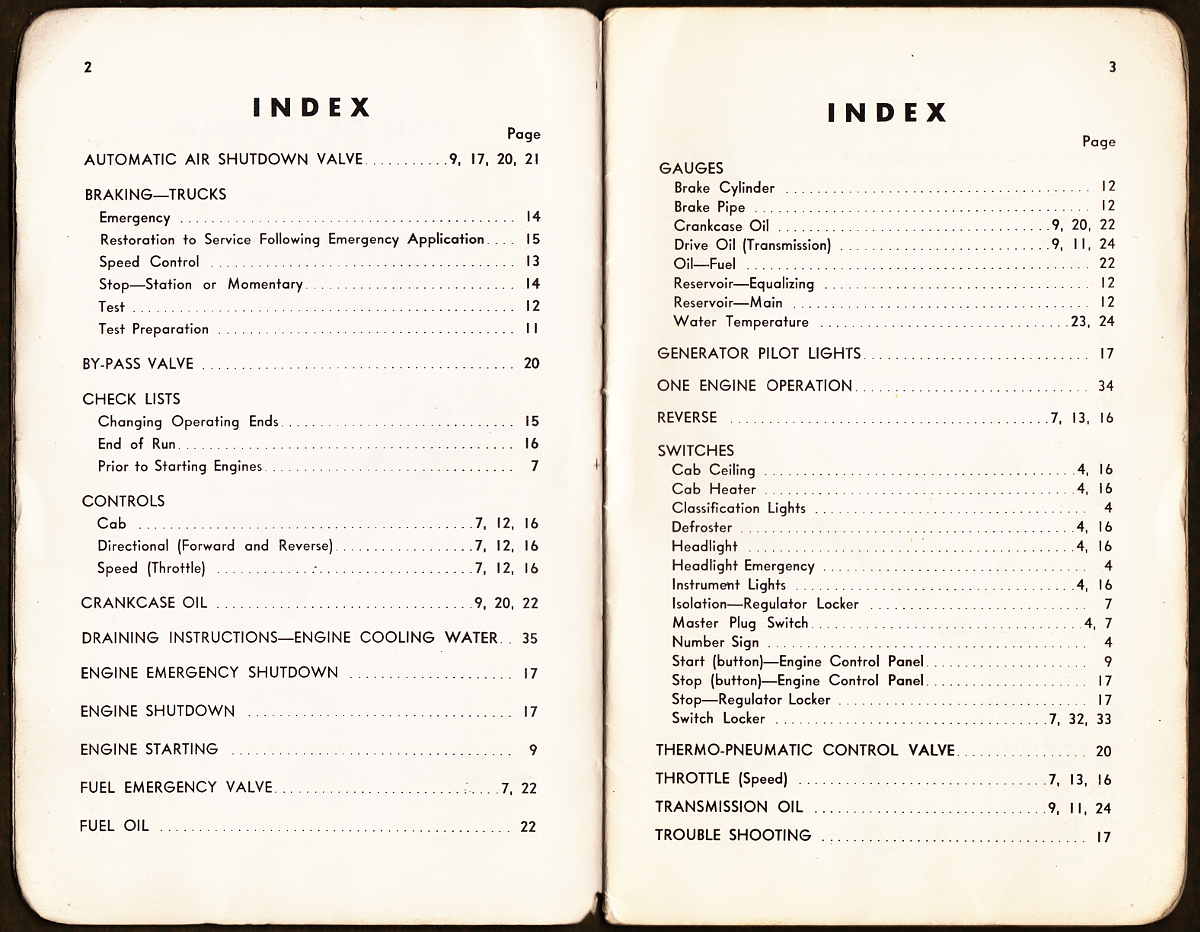 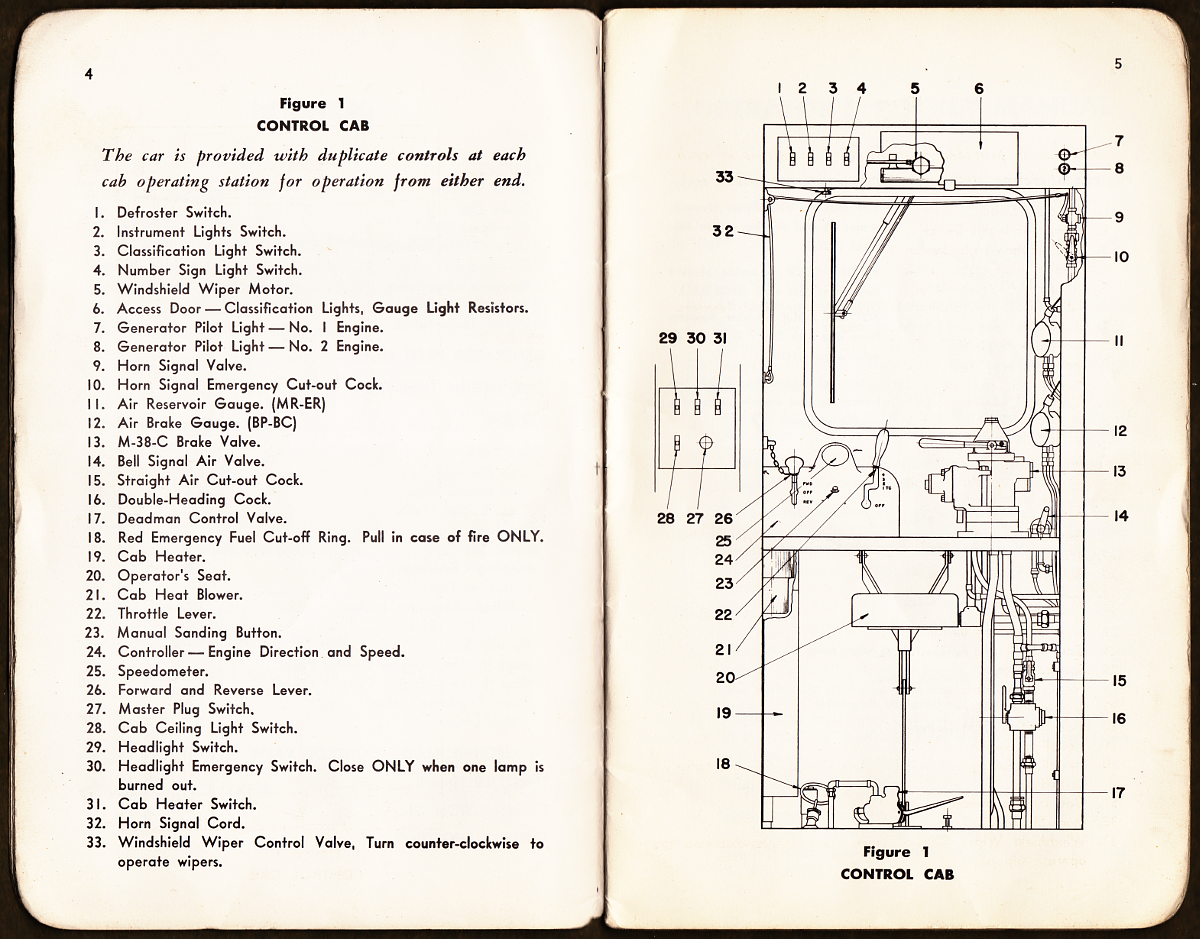 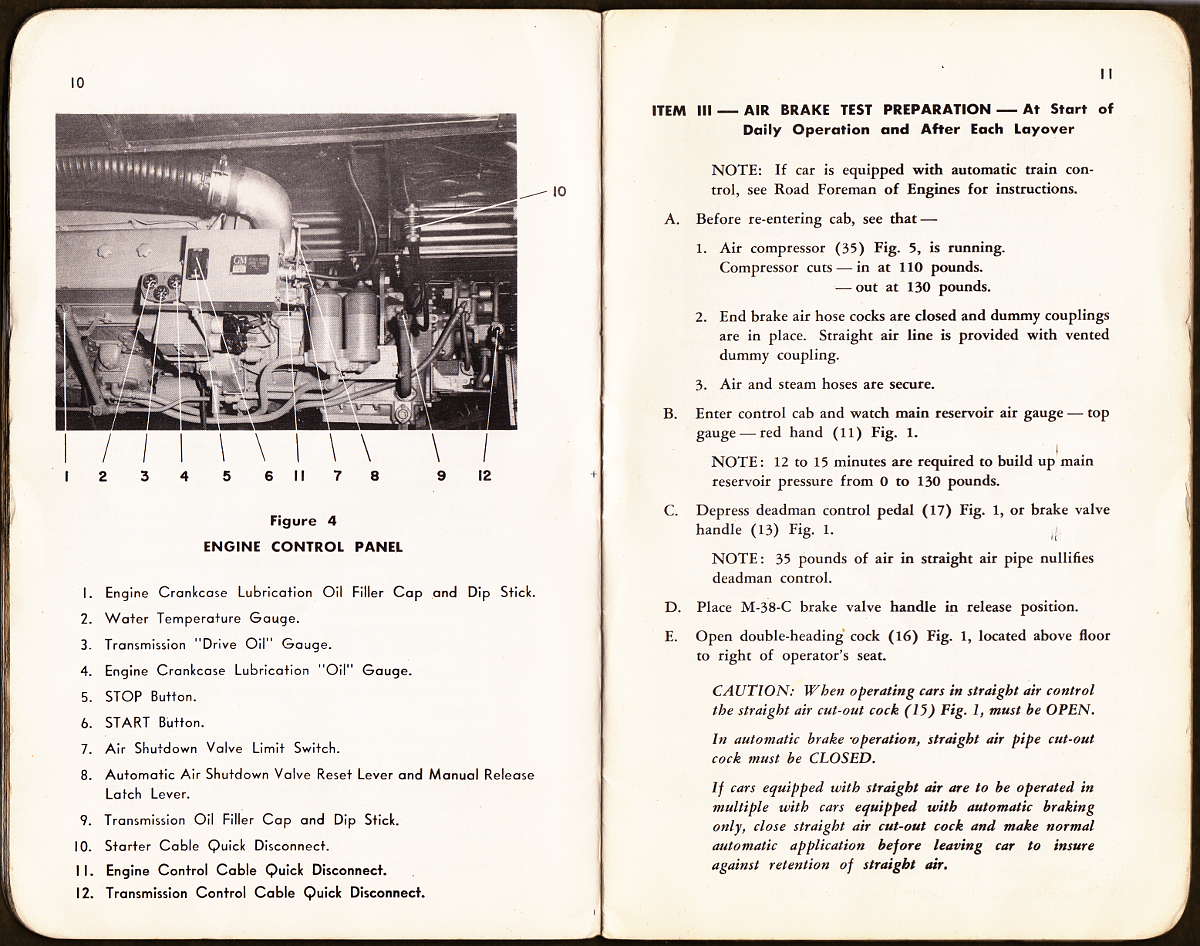 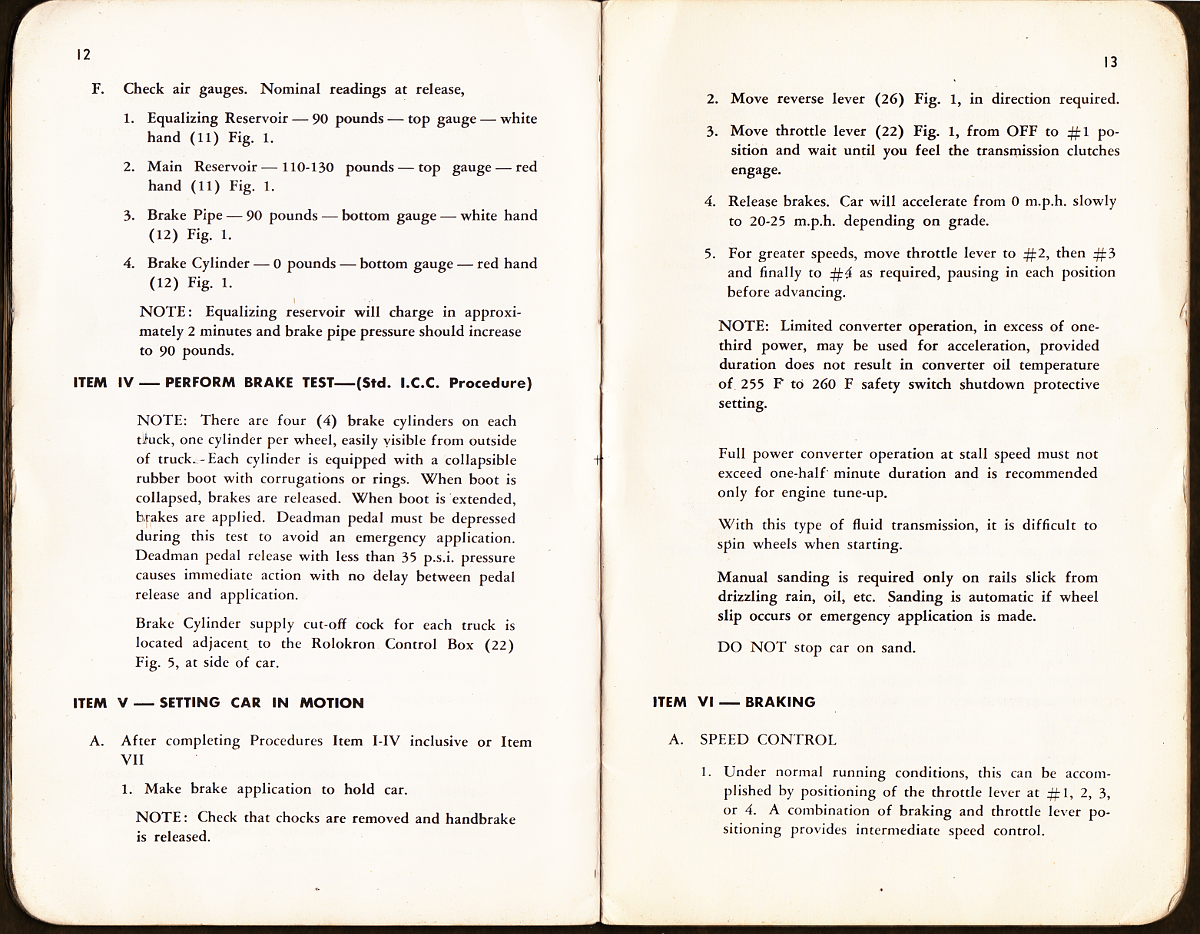 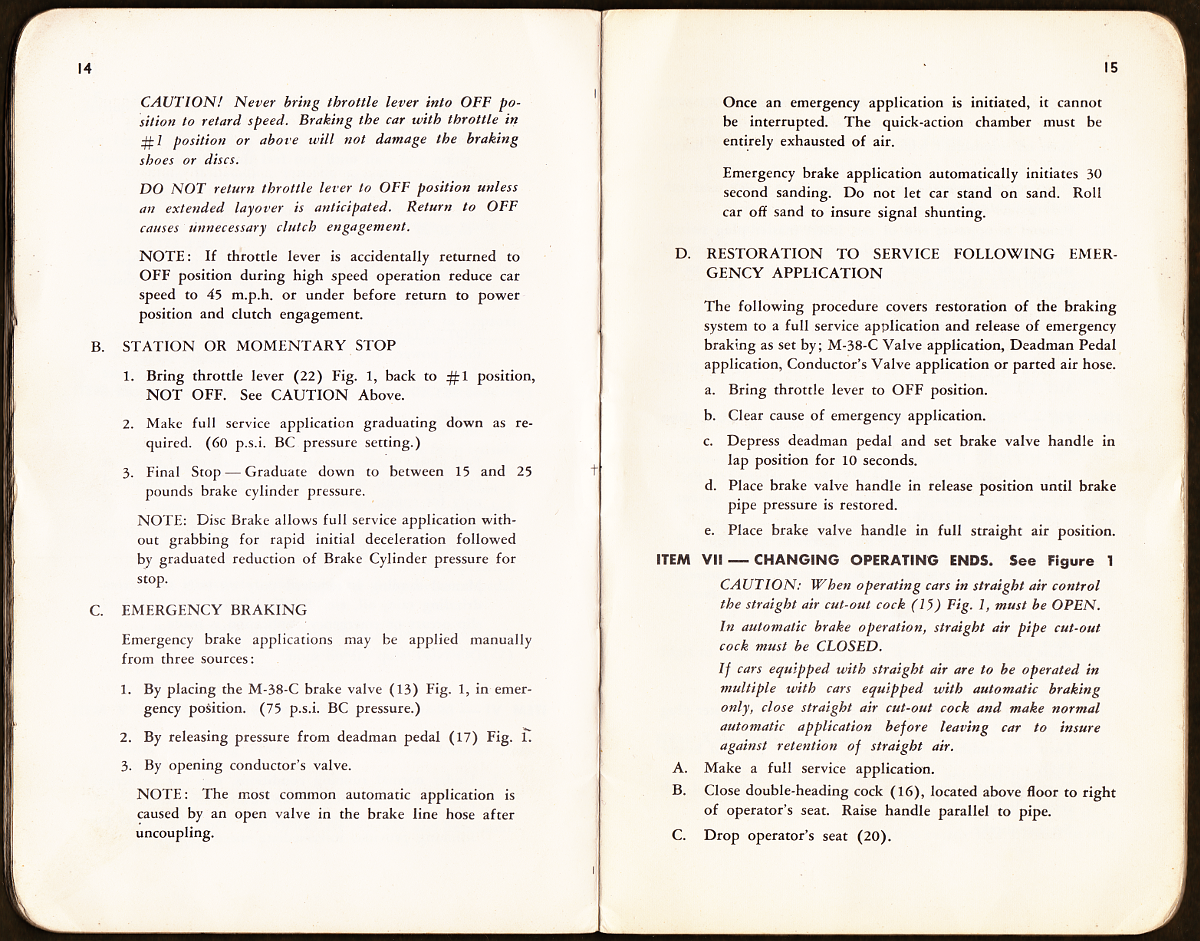