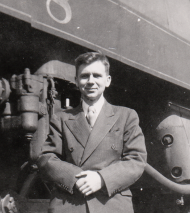 My father's September 1950 'Third Vacation' while working for the CPR (at this point in the office of the Auditor of Passenger Receipts) took him across Canada via the CPR, and down the west coast to Portland, Oregon via the Great Northern.

My last post 1984 On the Canadian, Dawn to Dusk looked at our trip segment from Kenora to the Broadview Sub.

This post looks at my father's 1950 trip over the same line, except that it takes a 'pure' CPR route through Winnipeg and out to Portage la Prairie.


In later years, my father expanded on some of his original photo book notes. Here is his added detail - for those curious about his trip and for family members looking in. The brown discolouration comes from his original public timetable and I have included a couple of pages from it at the end of this post. 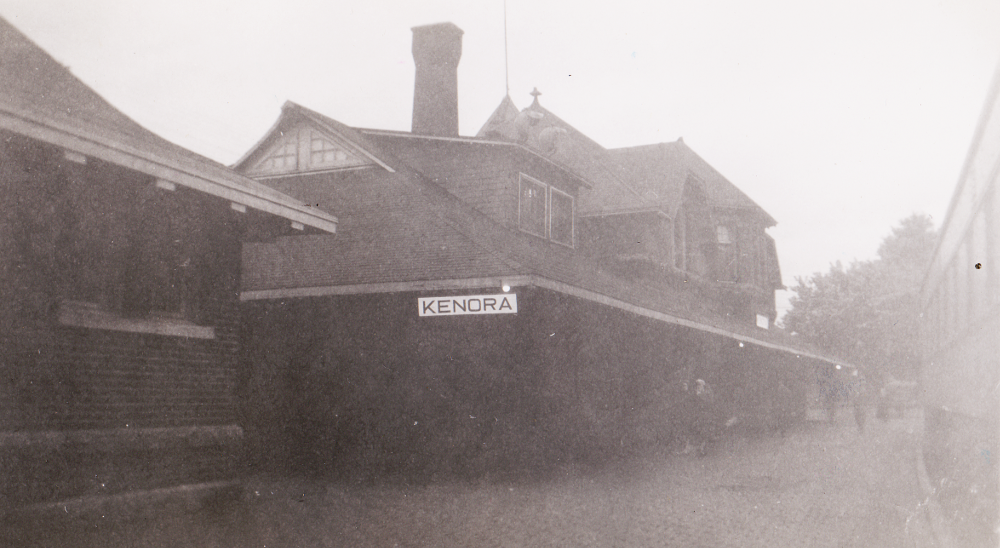 Kenora.
The two shielded lights on the station's shed dormer are interesting.
The camera lens tends to 'fisheye' and darken the photo corners.

The day starts in semi-darkness with overcast skies.
But then ... the weather changes ... 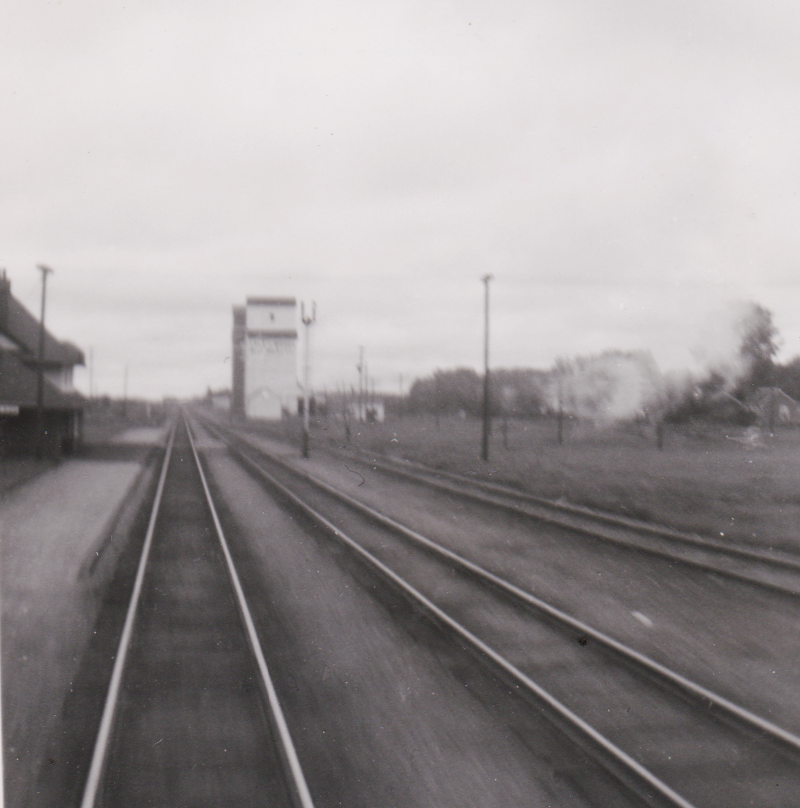 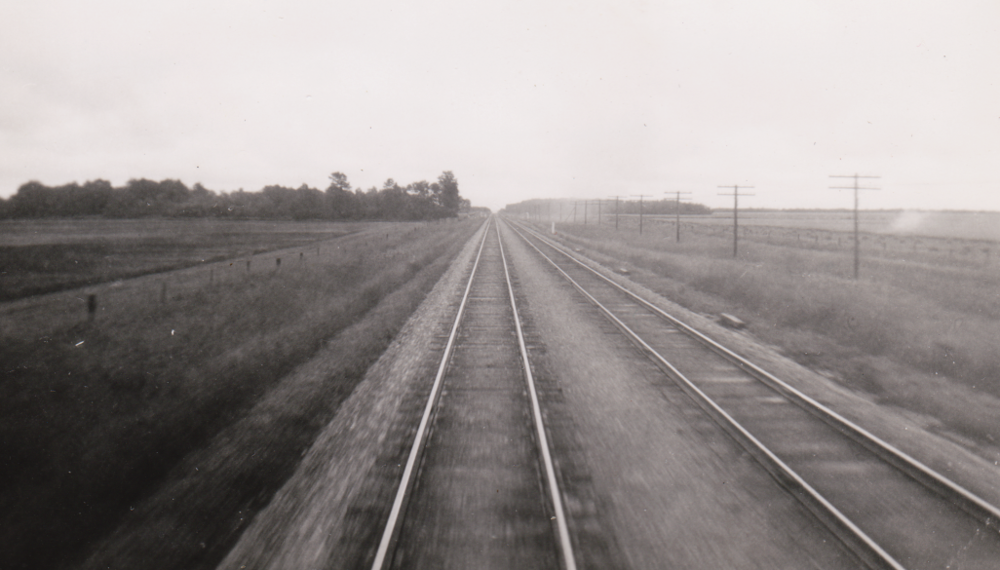 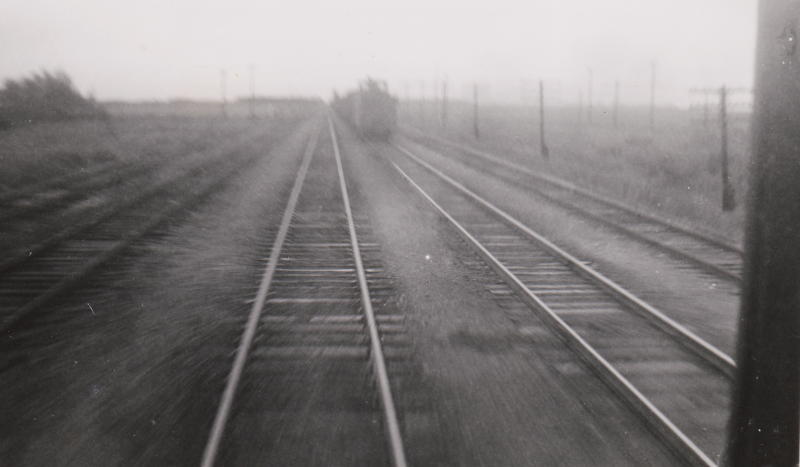 Above: Coming into Portage la Prairie.
The CNR, with its water tank and coaling tower is across the field.
A locomotive is probably reversing in the yard.

The sheaves of grain are stooked for drying in the foreground.
This may take a while as the it seems to be raining here as well. 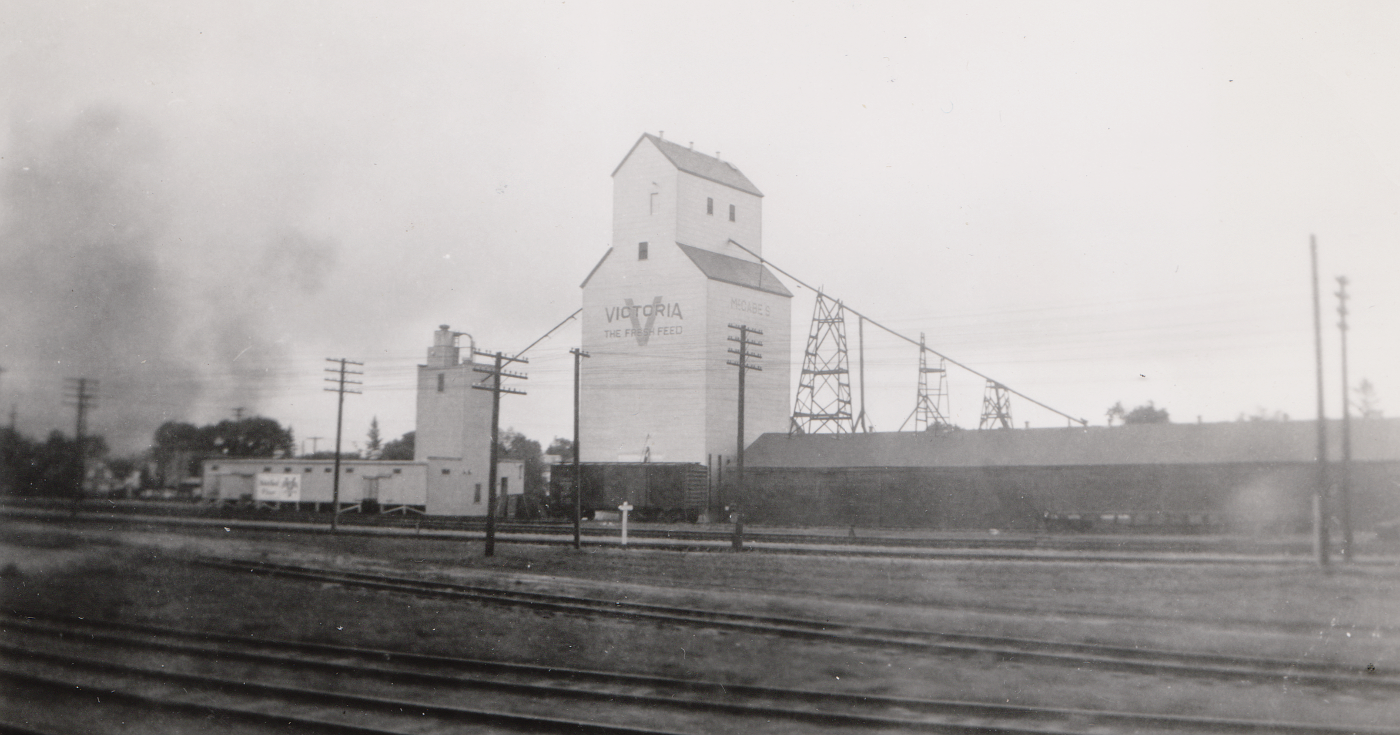 Here is the west end of Portage la Prairie near West Tower.
The train has just stopped at the CPR Portage station.
Accelerating, and with a signal to cross the diamond, black smoke is generated.

Beyond, are the former ways of the
Canadian Northern, Grand Trunk Pacific and a Great Northern branch.
Notice the extensive annex to the right of the grain elevator. 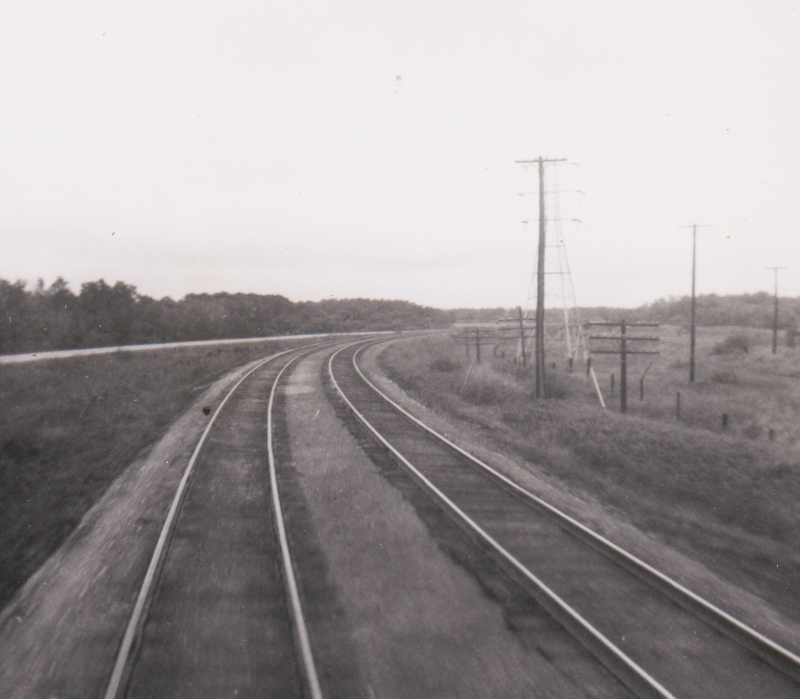 Sidney, Manitoba.
And another eastbound freight. Carberry, Manitoba.
The train order signal is set at stop for the next westbound.

Brandon, Manitoba.
I think this is St Mary's on Assiniboine Avenue.

Some lubrication for the rods.
Some water for the tender.

On the engineer's side, a conference.
The left side lubrication operations are now close to the piston. At the left, you can see the box camera lens-edge losses.
The CP Express trucks are lined up for loading.
Two tractor tires on wheels sit on a wagon.


I suspect those are silver propane cylinders lying on the wagon ... a worker can be seen using the time-honoured process of wheeling the cylinder along on its base, while using the protective valve cap as a handle. 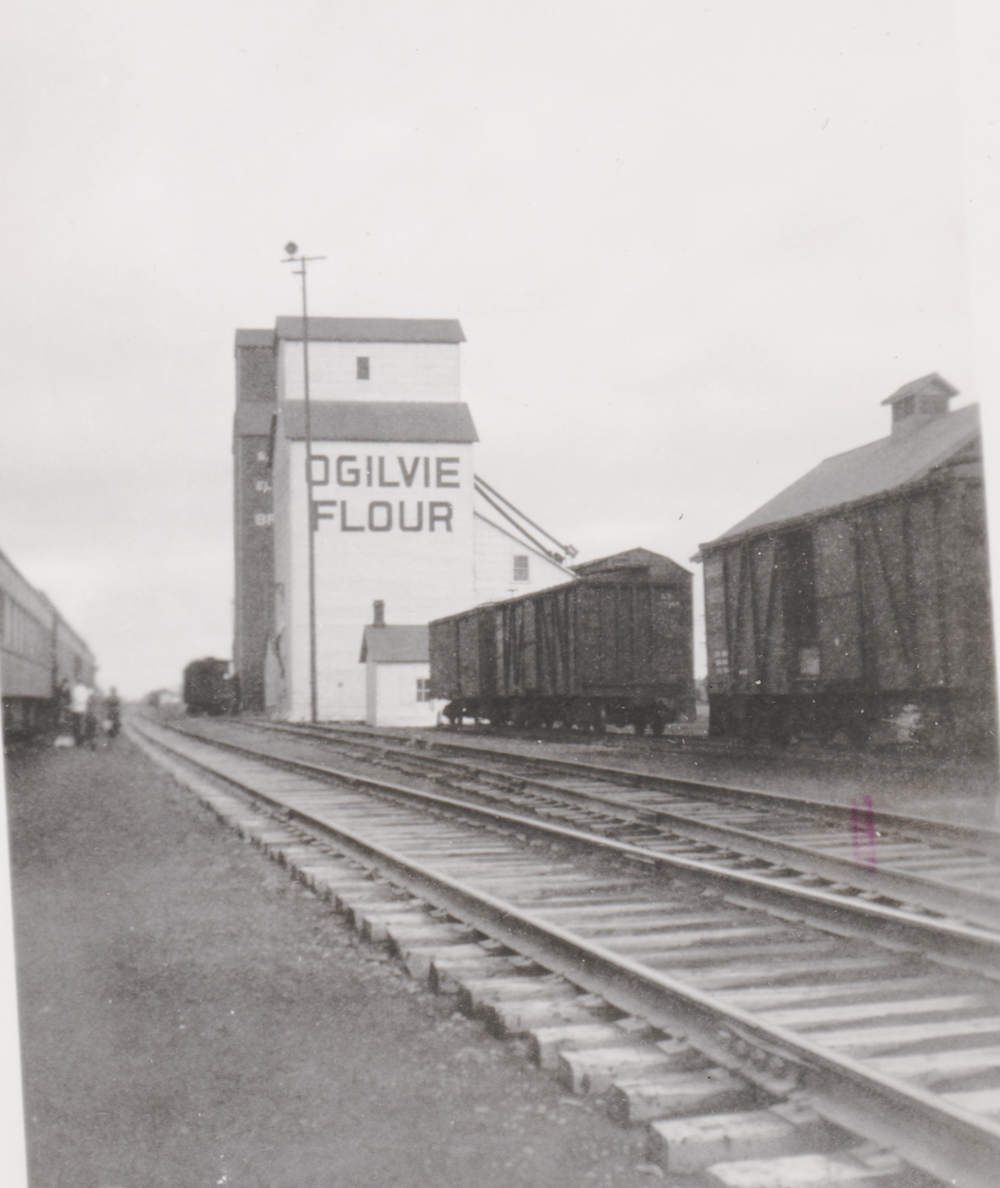 The day ends at Broadview, Saskatchewan.
These grain elevator leads and the station (behind the camera) are on the south side.