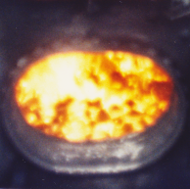 ... There never was a John Henry-style duel between a locomotive fireman and 'the steam stoker'. 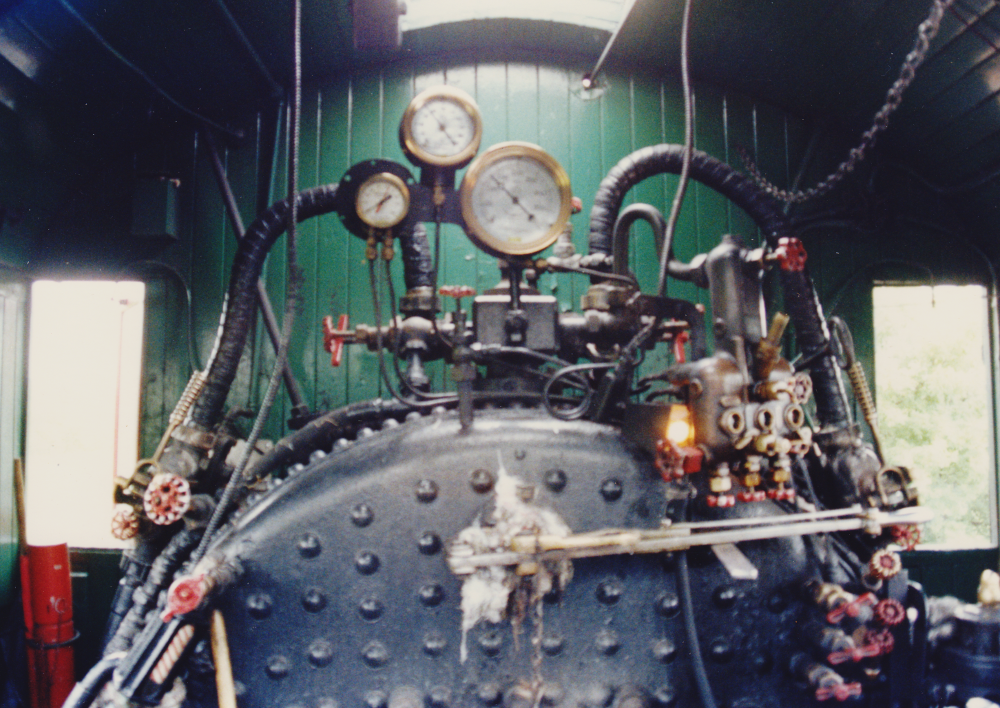 In July 1991, these photos were taken inside the cab of Manitoba's Prairie Dog Central's 4-4-0 steam locomotive ... which was of 1882 Dübs and Company, Glasgow, Scotland construction. During the Grosse Isle stop, they were kind enough to give passengers some time in the cab and I was rushing so the photos don't fit exactly together. Looking at the top photo, we can reflect on the idea that - like old cars before the 1970s - you can pretty much figure out what function each piece of technology here does. Notice the ever-present cotton waste tucked between the throttle and the backhead.

... Probably, most features shown here were not on the original locomotive as delivered: coal fuel, the flagging kit, the red patented circular valve handles, air brakes, anything electric, the type of sight glasses used - most of these items improved safety or crew efficiency. Certainly, there would have been a 'tallow' pot on the shelf over the firebox door to lubricate the running gear at stops. 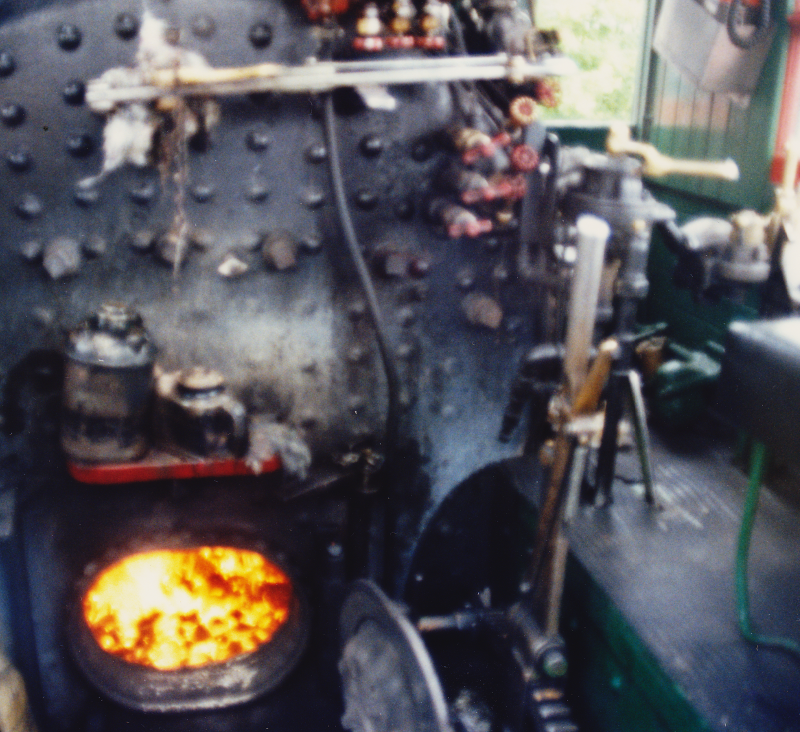 On a nice summer day such as this, it would be an agreeable job to perform most of the 1890s-era fireman's duties ... including correctly spotting fuel in the firebox. With a railway-wide coal logistics system established, coal would be the preferred fuel. To ensure the most efficient use of coal, you'd spread it evenly over the grates, and you'd anticipate the engineer's demands for steam. When not stoking or surveying your fire, you'd also keep the firebox closed.

Back then, your branch line train would be slowly rocking its way along its appointed schedule.

... However, the serious railroading - which paid the business's bills and produced a profit - was being done with larger and larger engines hauling longer trains faster. The technological race was to evaporate more and more water into hotter and higher pressure steam - and to wring as much energy as possible from that steam before it was exhausted out the stack.

One of the lessons of the Industrial Revolution was that machines do many things better than people. Some fireboxes would soon be longer than a fireman could effectively throw the coal ... and many a firebox, on a hard-working engine, would soon burn coal faster than a human fireman with a shovel could be expected to supply it.

A year after our Dübs 4-4-0 was built, this singular engine came into the world. El Gobernador, built in-house by the Central Pacific, required the strengthening of the railroad's trestles before it could go out on the road. It never did operate far from Sacramento, where its rigid wheelbase was periodically brought out and operated on mainly tangent track as a curiosity. A rarity in prototype, I found photographs of this engine in many of my 'generic railway books' of bookstore origin.

For illustrative purposes related to our story on the necessity of mechanical stokers - this coal-burning engine often required two firemen. Even so, it was suggested that 'all of Hell couldn't keep her hot'.

The first mention of mechanical stokers I found was circa 1900.
The reference refers to stationary steam engines, such as those used in power plants.

I haven't tried writing to the American Stoker Company for the 'breaking news' image of the latest stoker design.

As the text suggests, the [stationary] steam engine fireman will be able to spend his time and energy more profitably elsewhere.

In its North American railway application, mechanical stokers will free the fireman to spend more time doing things like being the second 'lookout' on the track ahead for wayside signals, other rail movements and obstructions on the road ahead.

However, in places like Britain ... shorter coal-powered trains would dart around on perfect permanent ways between urban centres well into the North American diesel age - fired by hand. One reference commented that right up to the end of steam, large European engines requiring coal stokers usually used machinery of American design.

In circa 1900 Canada, heavy trains, often of commodities, were dealing with grades which were not economically engineered-away. With this need to produce steam 'in bulk', stokers would be very desirable to have in larger engines.

As a generality, it seems that 1920-1925 marked the point when reliable mechanical stokers were commonly available for North American steam locomotives.

Manufacturers' manuals didn't exist for specific steam locomotives 'brands'. Self-study through correspondence courses was one well-developed option for engine crew training and advancement. As well, your railway would conduct your apprenticeship and examine you in writing or orally before promotion to key functions.

However, patented locomotive sub-systems usually came with their own instruction manuals. 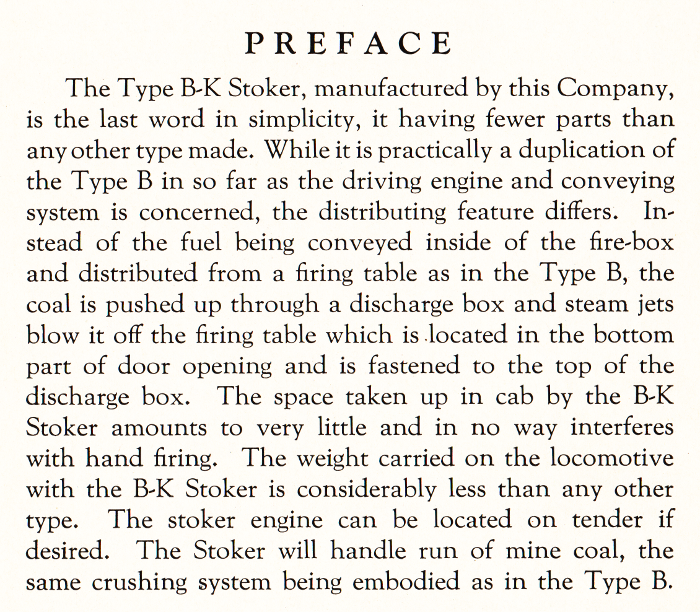 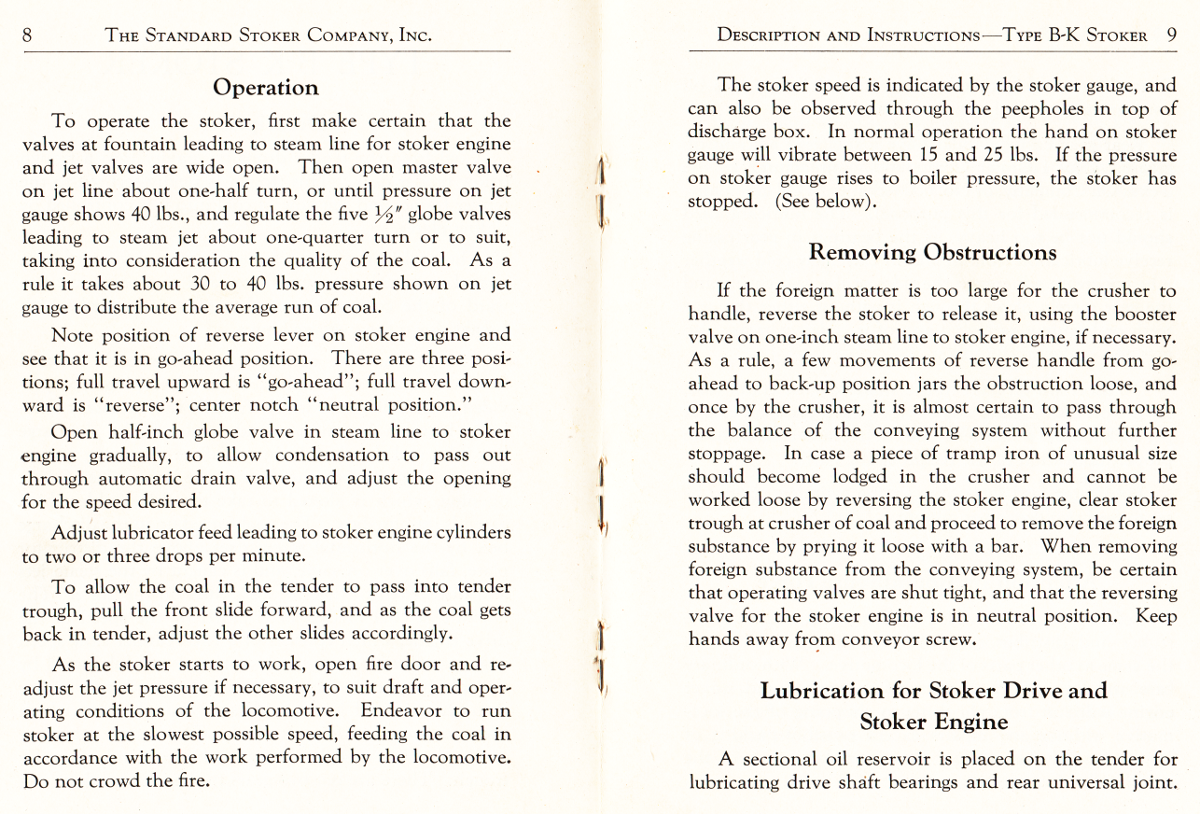 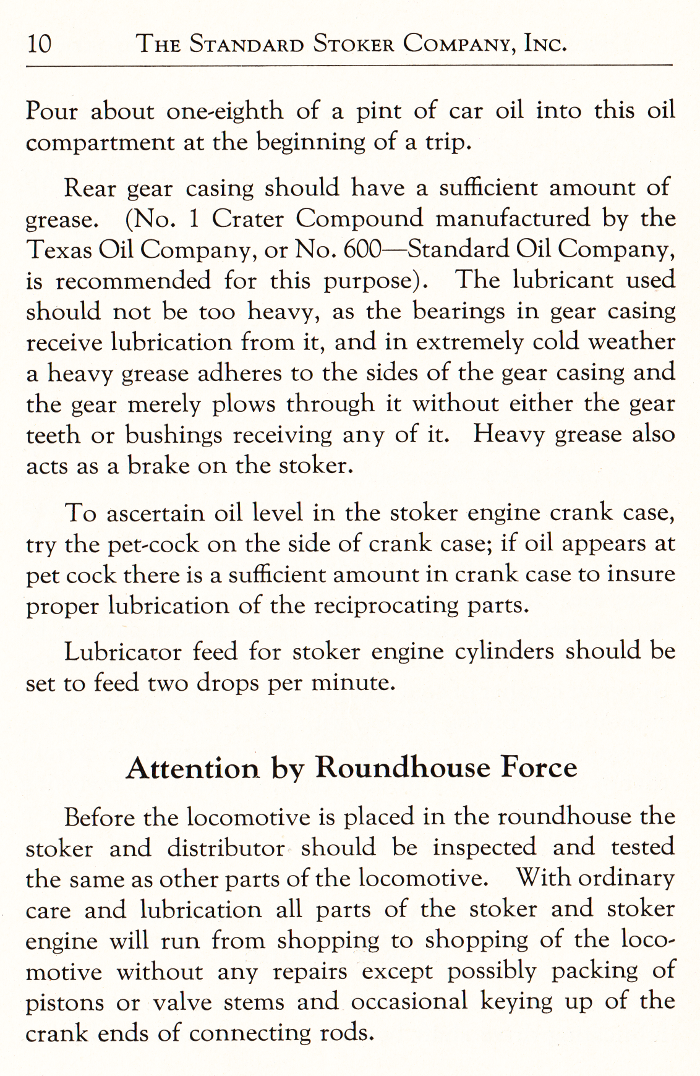 The next two images come from a self-study book published by the International Textbook Company of Scranton. After an explanation of the rationale for stokers, a nice diagram follows. Schematically, it shows how steam provides energy for the system and how the various geared components are linked to the power.

Here is a manual for a duplex stoker. 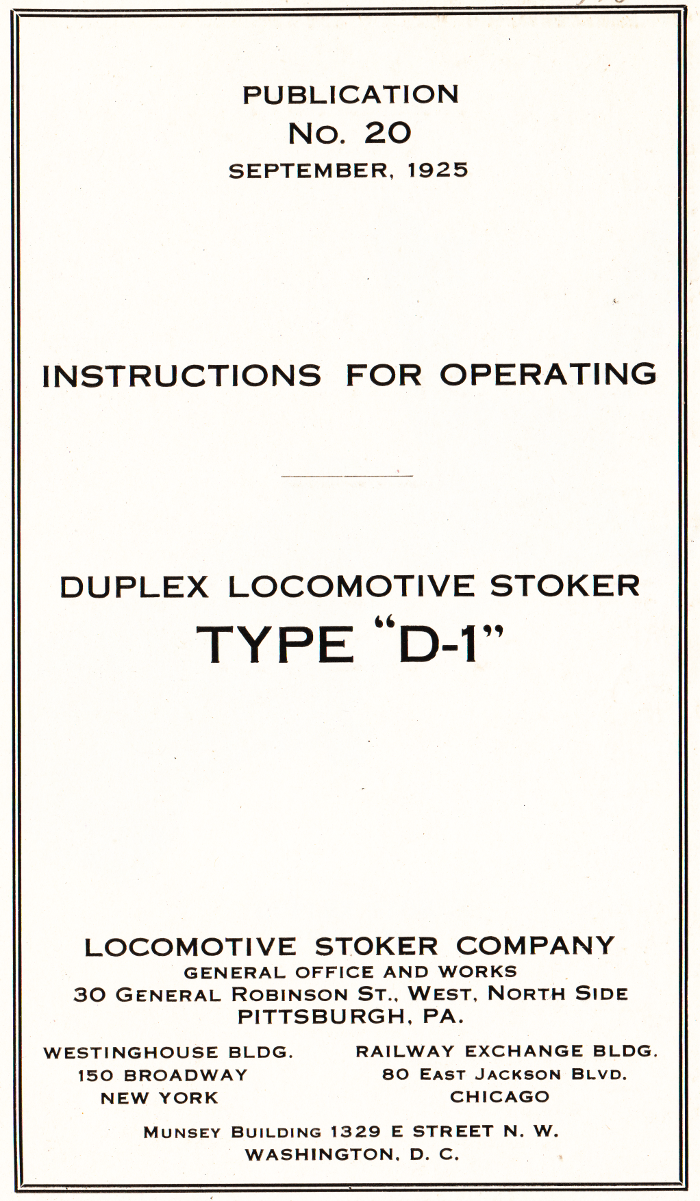 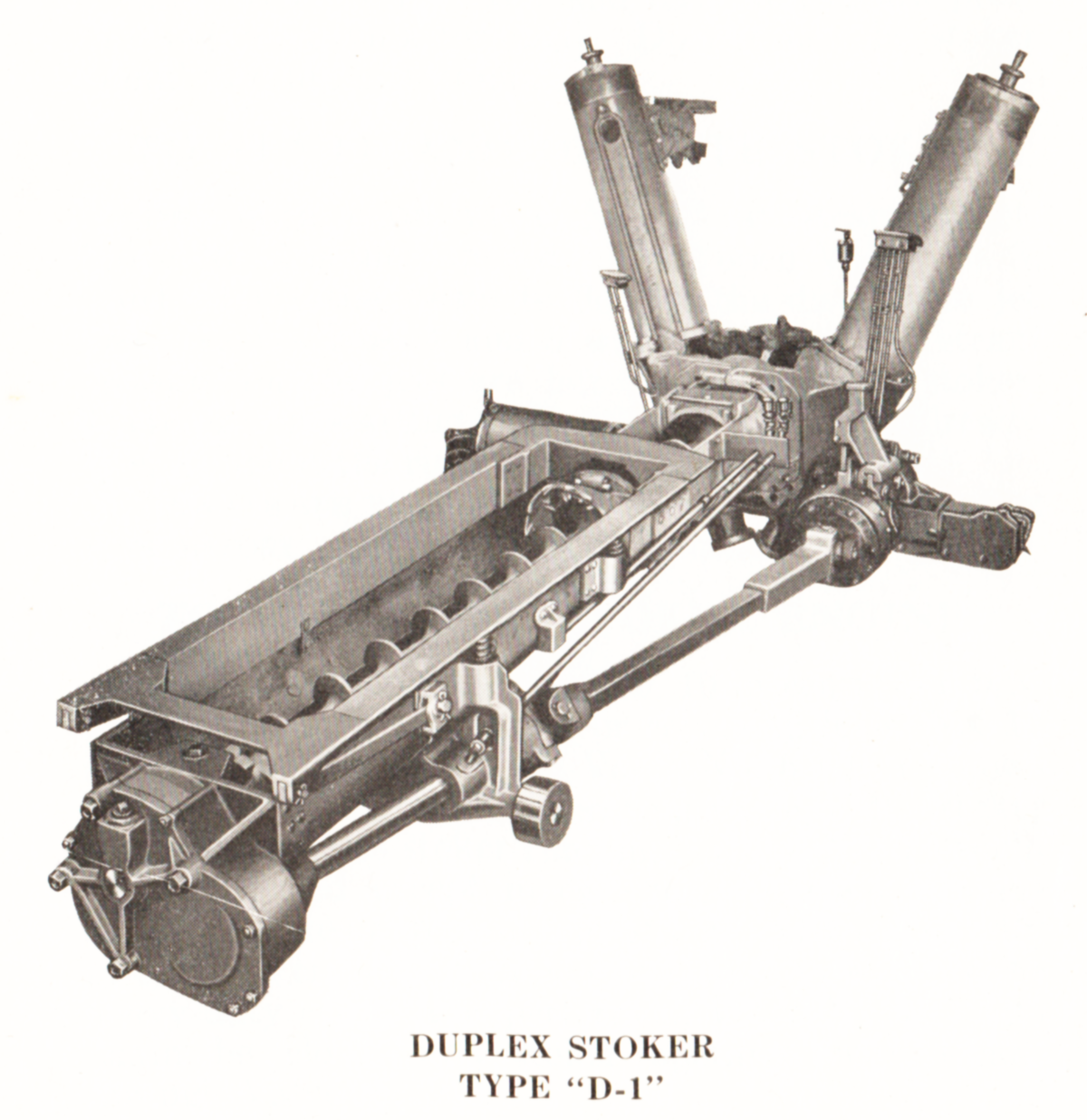 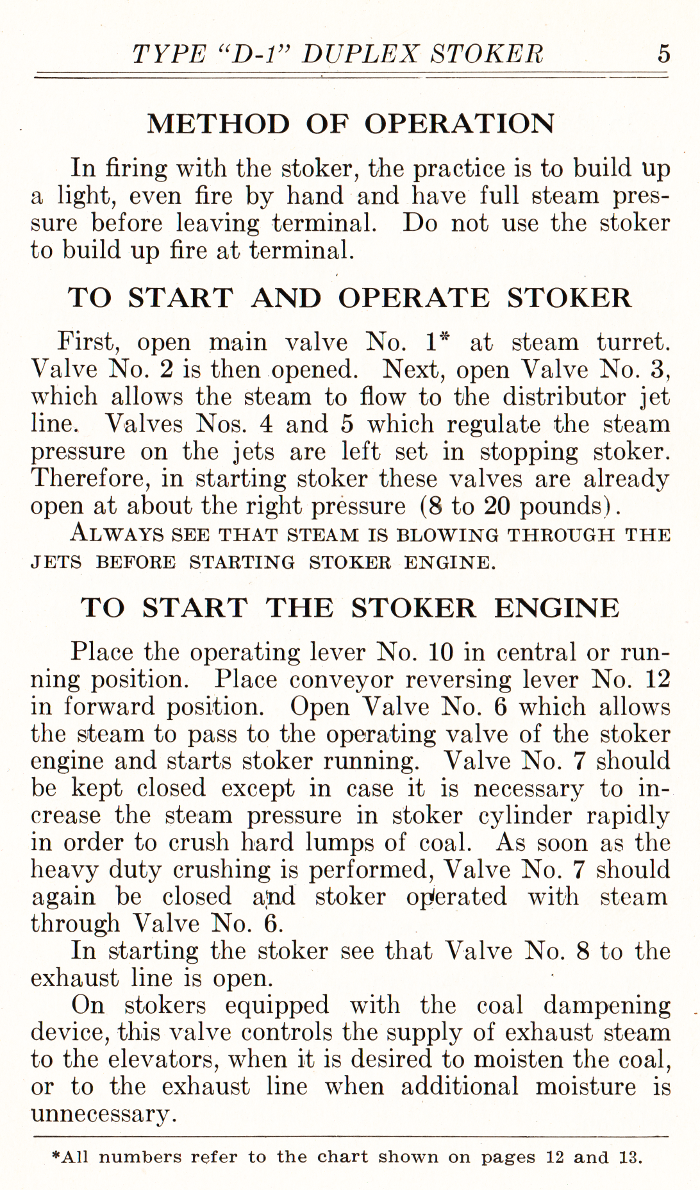 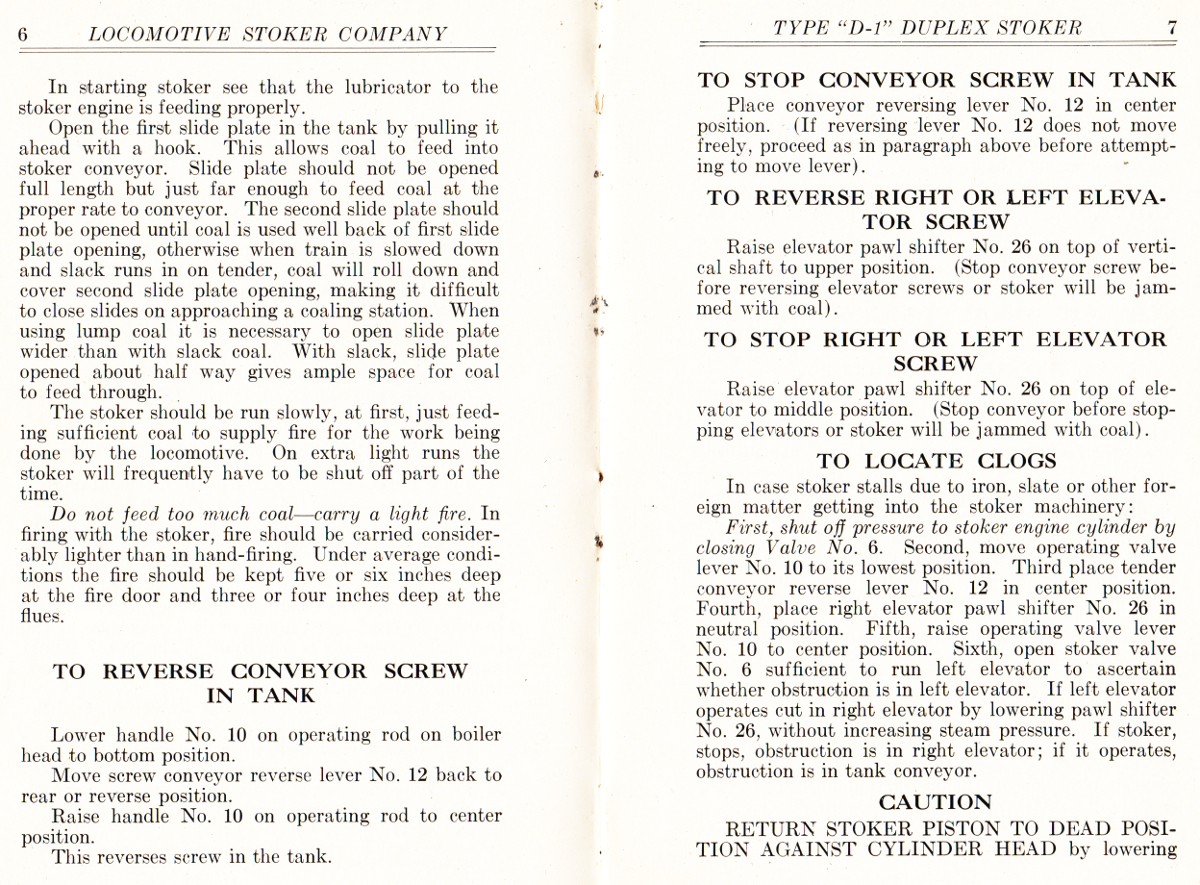 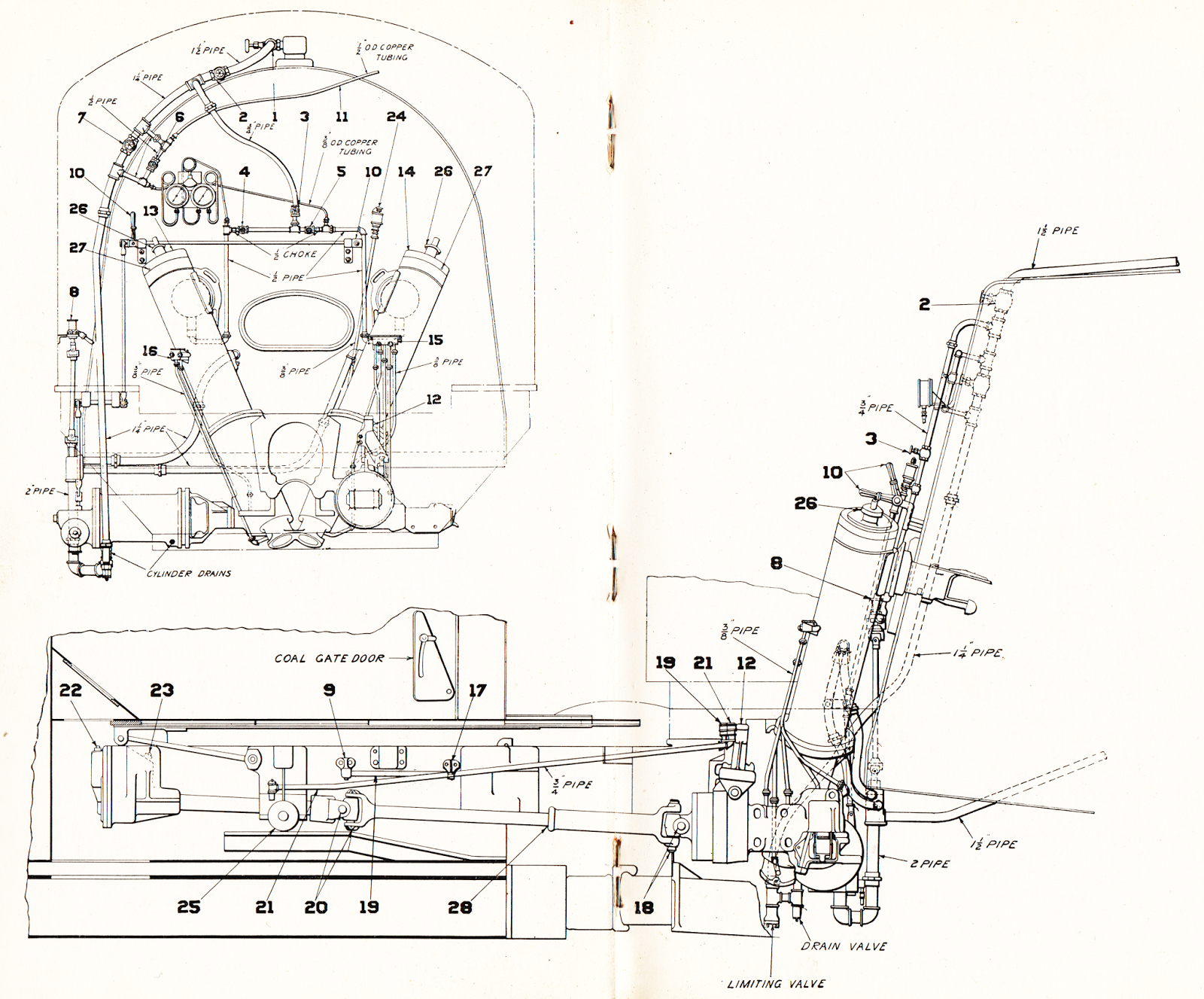 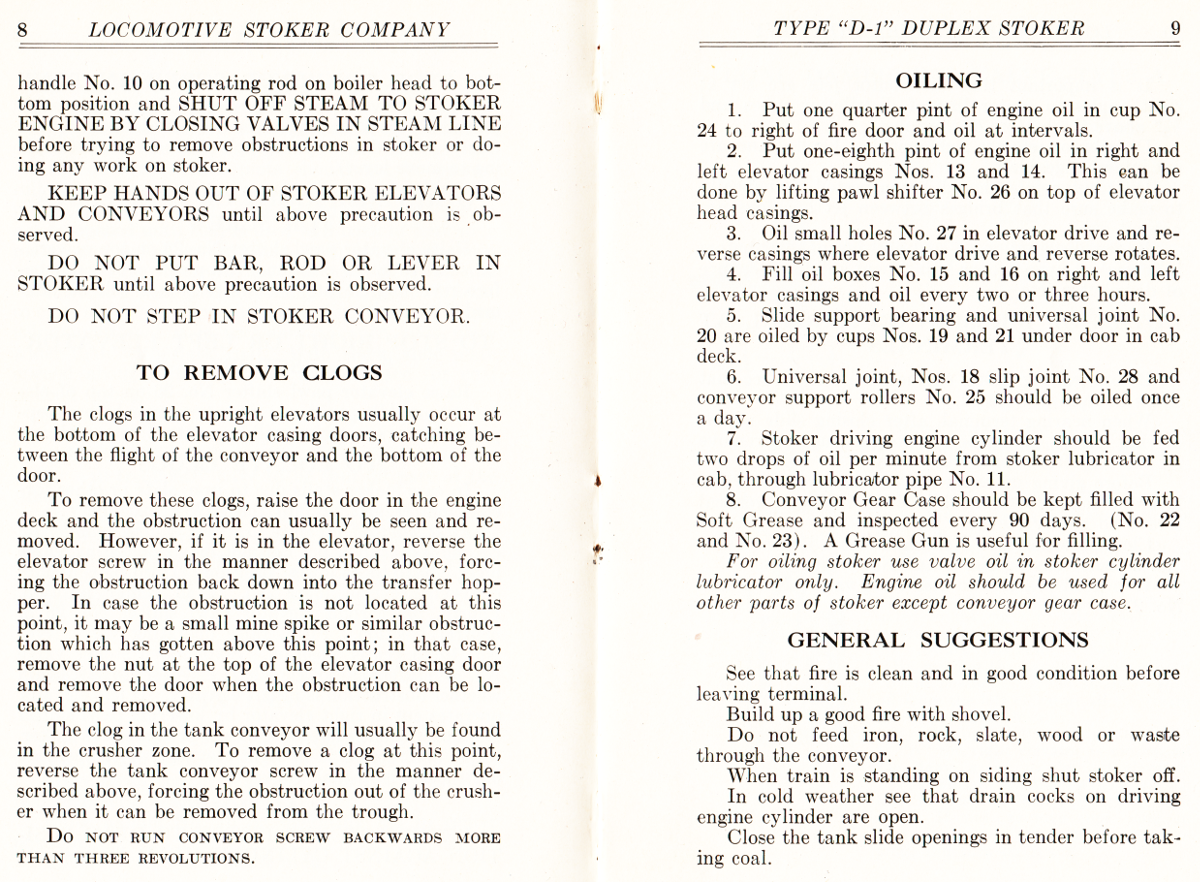 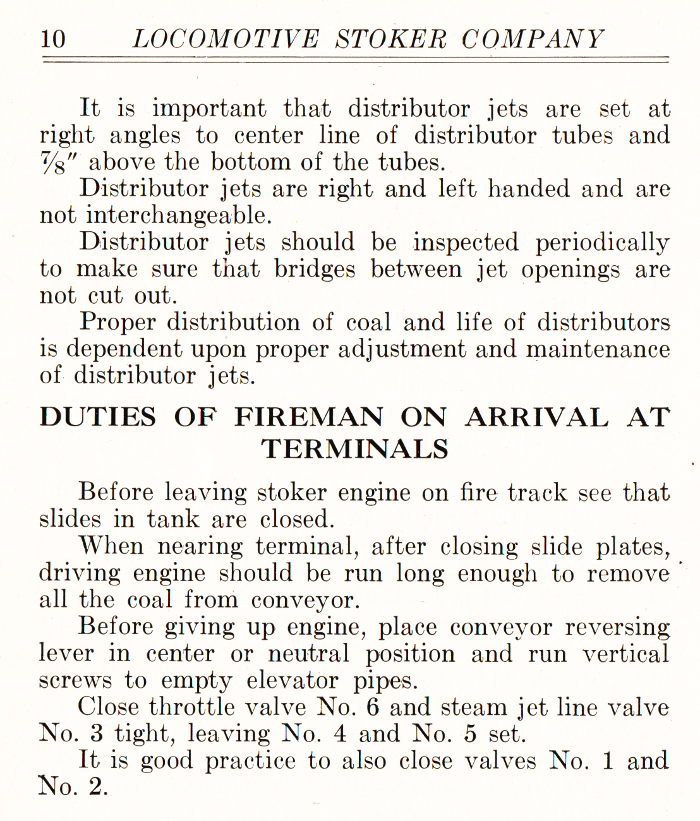 Comprehensive fold-out diagrams at the end of the Duplex manual give further diagrammatic views and detail. Steam Jets to Replace the Fireman's 'Throwing' the Coal Forward

... from another manufacturer's illustrations ...


If the locomotive was working hard ... with the exhaust forcefully sucking combustion air up through the fire grates ... small coal particles might be sucked out of the firebox before they could be burned. ... This escape of fine coal around the arch is mentioned in the second image below.

Again, from the self-study textbook.
A fine pair of diagrams show the stoker articulation points between the locomotive and tender.

Above, the auger is b5; the drive shaft is c3; the removable segmented auger cover to gravity-feed coal to the auger is e1.

Below, the coal passes through b; the drive shaft is at e.

"Not Exactly As Illustrated"


Above: An undated photo taken at a shop facility of the New York Central. The adhering grime - the result of years of use with coal and with the prescribed lubricants liberally applied, contrasts with the fine illustrations of the manufacturers above.

The stoker conduit under the cab floor is seen at the right. At the left, the photo flash illuminates the end of the auger, protruding from the tender.