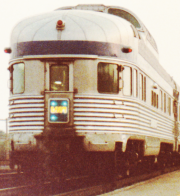 Here are many things you will no longer see in Kingston. 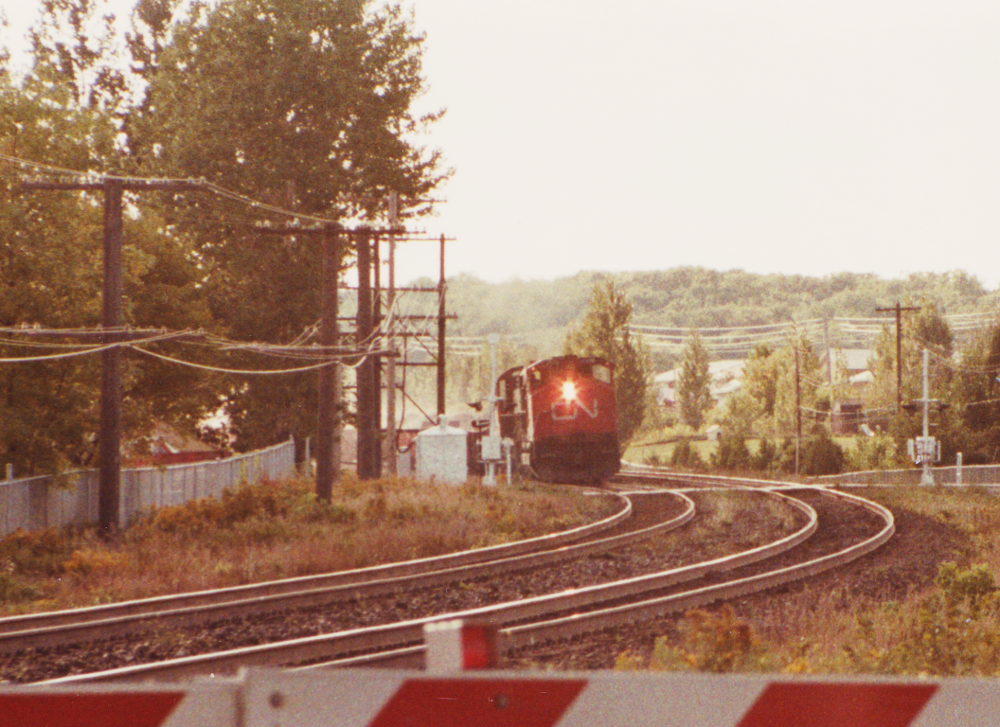 Conveniently located near an approach-lit intermediate signal, Hillview crossing provided a quick place to stop and view trains on the way home from work. It was the original crossing at Collins Bay. The distant crossing just to the west - at Collins Bay Road - is now the only crossing which remains here. In the past, the sharp curve and two crossings for which to observe and whistle, kept engineers busy.

An enduring attraction for engineers, descending to the level of this bay on Lake Ontario, is 'drawbar hollow' - farther to the west.

On a similarly beautiful afternoon, I stopped here on the way home from work. An eastbound - like this one - went into emergency as it passed. The train's tailend rolled by ... but without its caboose. After puzzling over this for a few seconds, the answer could be seen, arriving from the west. Led by some gondola cars came the tailend section of the train.

Somewhere in overlength Rule M is the warning about expecting 'the movement of trains, engines or cars at any time, on any track, in either direction'. 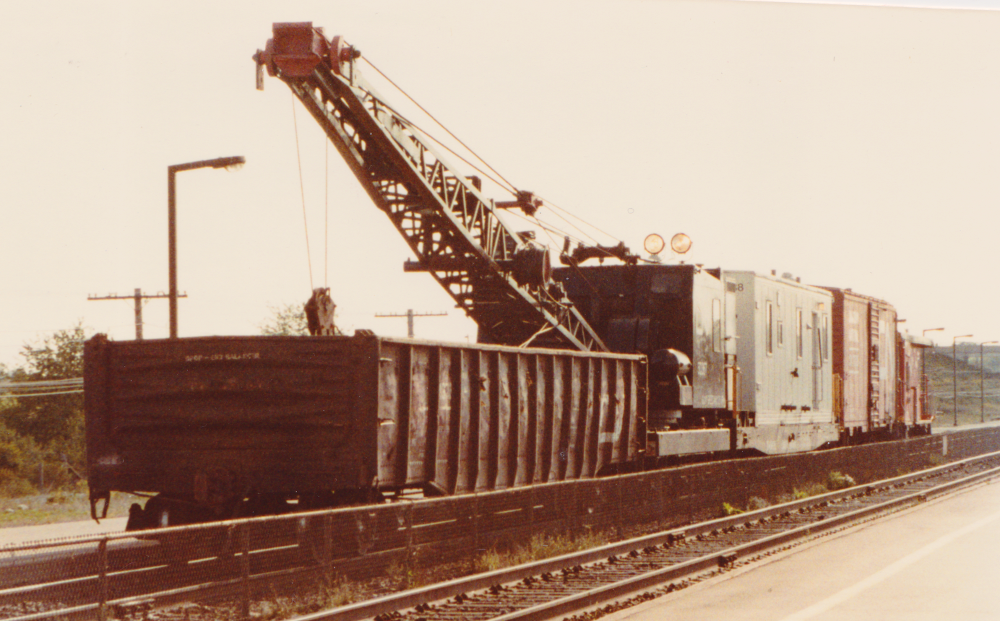 Seen during the early afternoon at the Kingston station is this self-contained old-tyme consist. 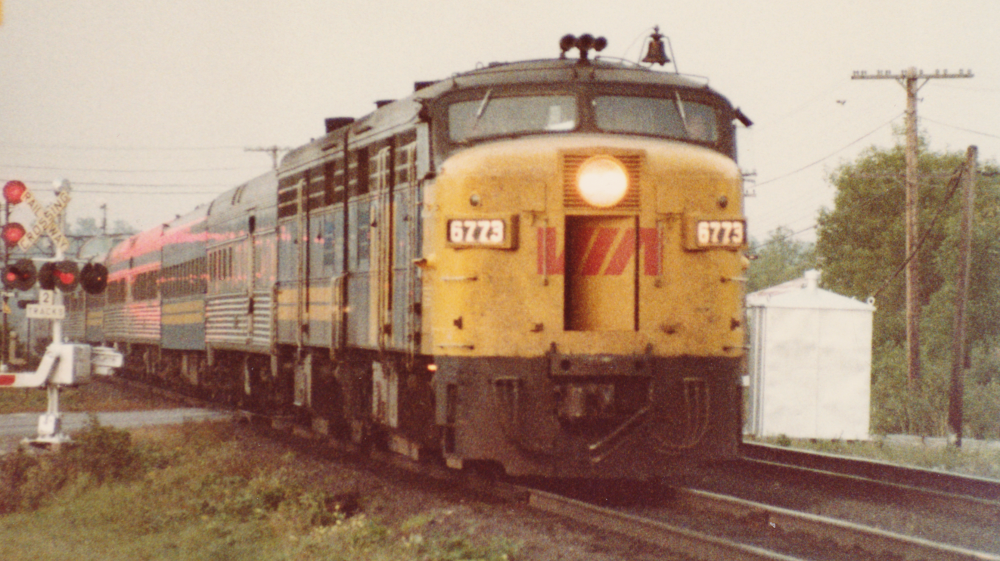 As the sun sets in the summer warmth and humidity, Train No 1 arrives at Kingston.
The headend crew is operating their air conditioning tonight. 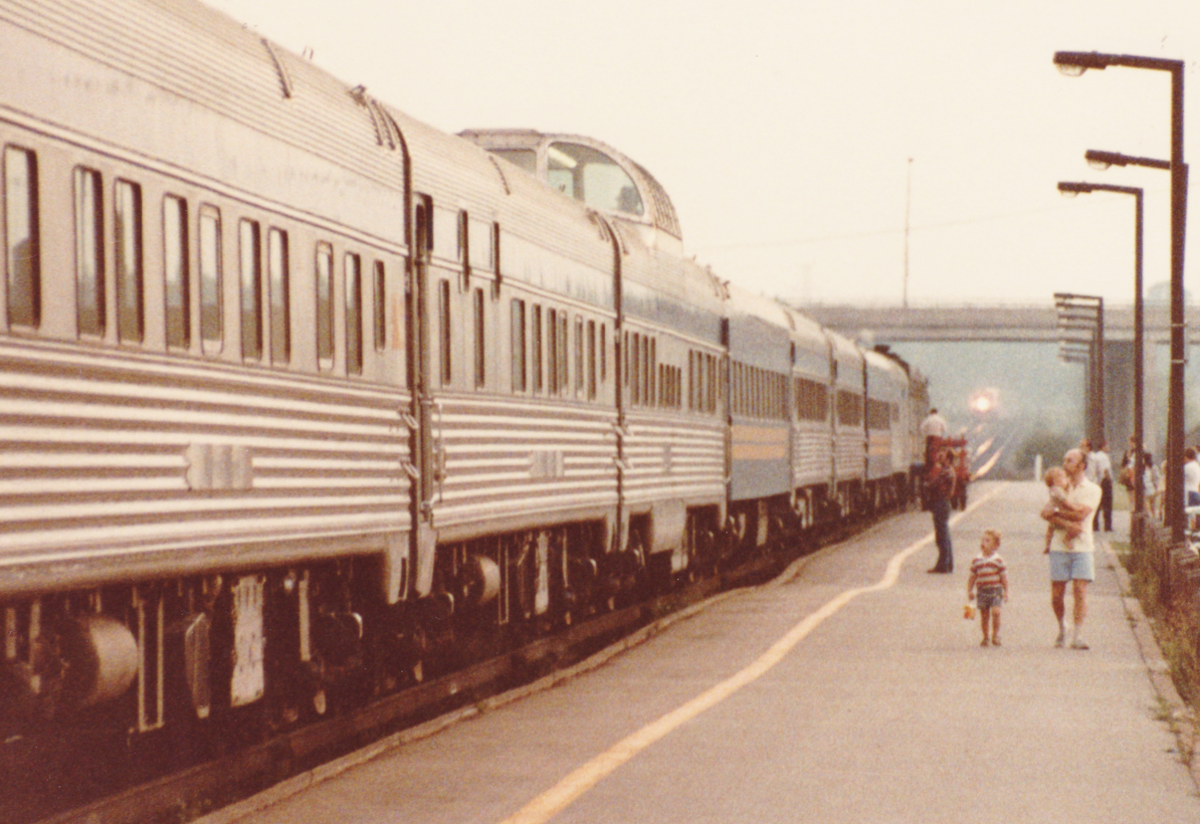 As regular train watchers survey No 1, modern No 46 arrives.
To quote another regular watcher, as he left:
'You see one, you've seen them all'. 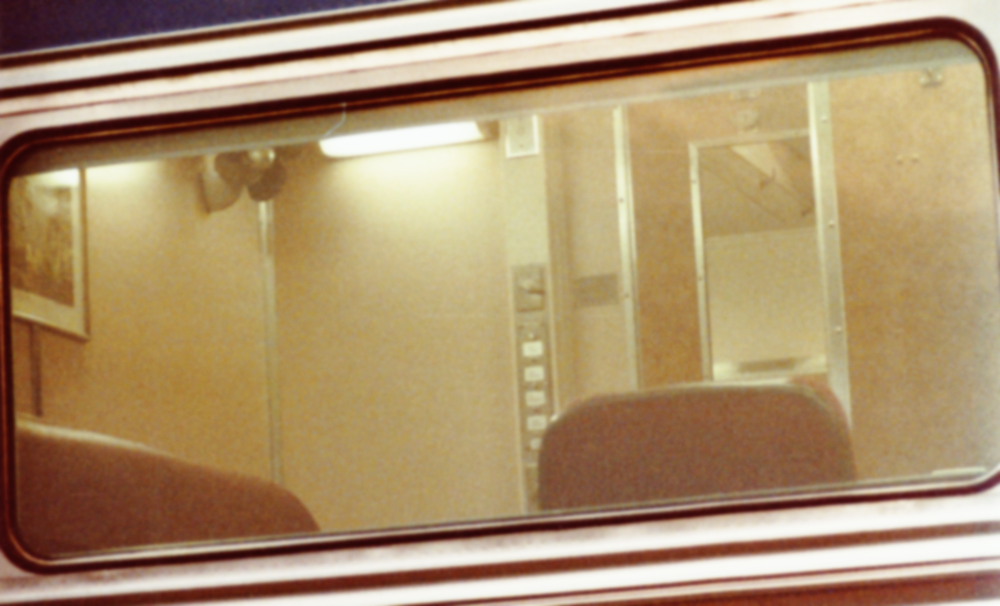 Rare at any time.
I think I have photographed the elusive drawing room. It's dark and grainy, but fewer and fewer solar photons are
refracting their way through the layers of glass of the long lens.

With only the soft whoosh of compressed air, the tailend cars will begin to move.

If one imagines a barking, whistling, driver-slipping machine - hammering out soot and cinders on the headend ...
it is readily understood why the higher-priced accommodation was placed at the tailend ...
way back when summer climate control was provided solely by opening windows. This is what the cab activity looked like on another evening.
Below is a view inside the cab of a similar model. 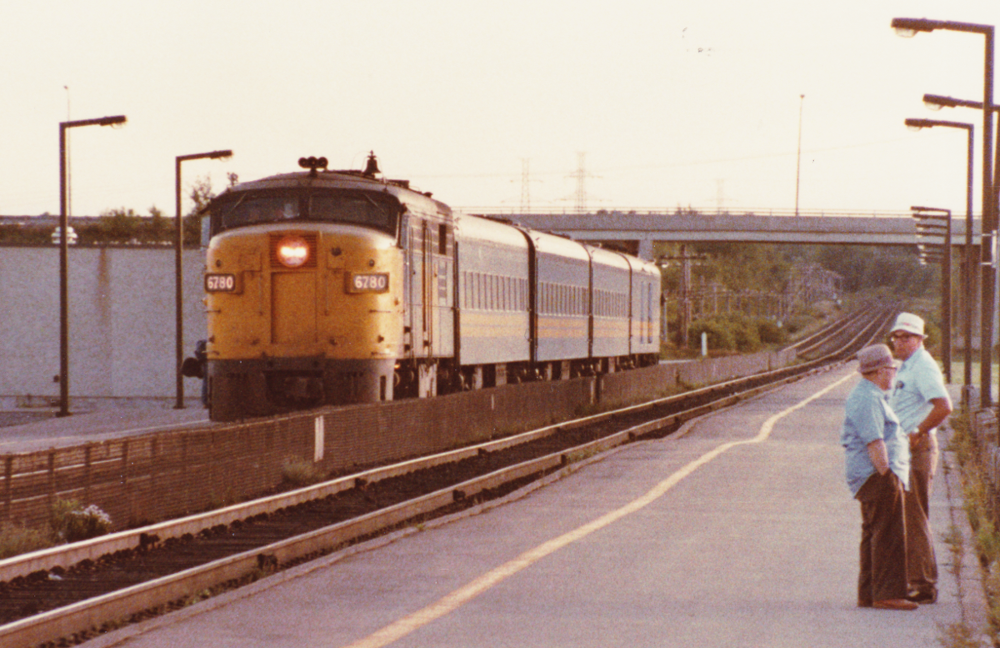 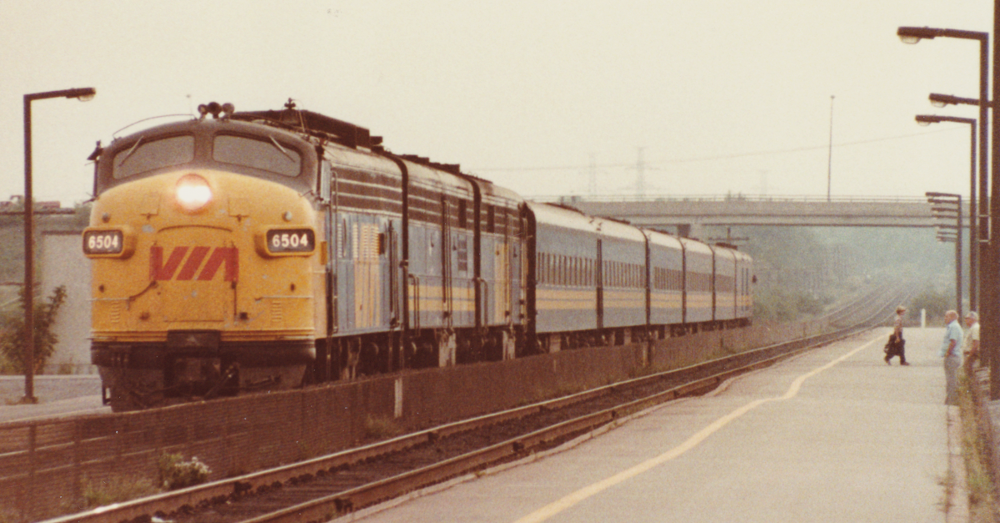 Above, may be No 56 on an equipment-balancing evening.
(or No 68 on a low-traffic night) 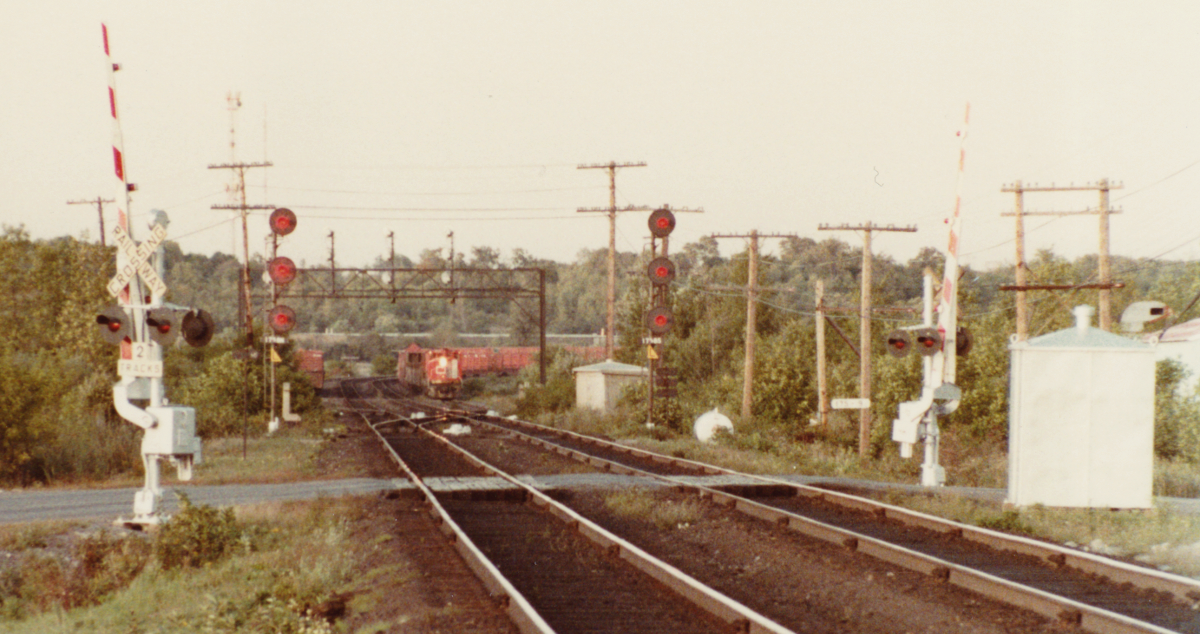 Before every single Chief Executive Officer was 'exceptional' ...
and before rail CEOs received more 'free' stock options to get rid of 'unproductive' rail ...
Queens had tracks 1, 2, 3 and 4.

Train 318/317 was a regular visitor to Track 4 - usually with local work to do in each direction.
Tonight's consist includes some welded rail cars.

He's lined, and probably waiting for No 69 to clear the block (just guessing) ...
and 'getting his light' will start the crossing protection. 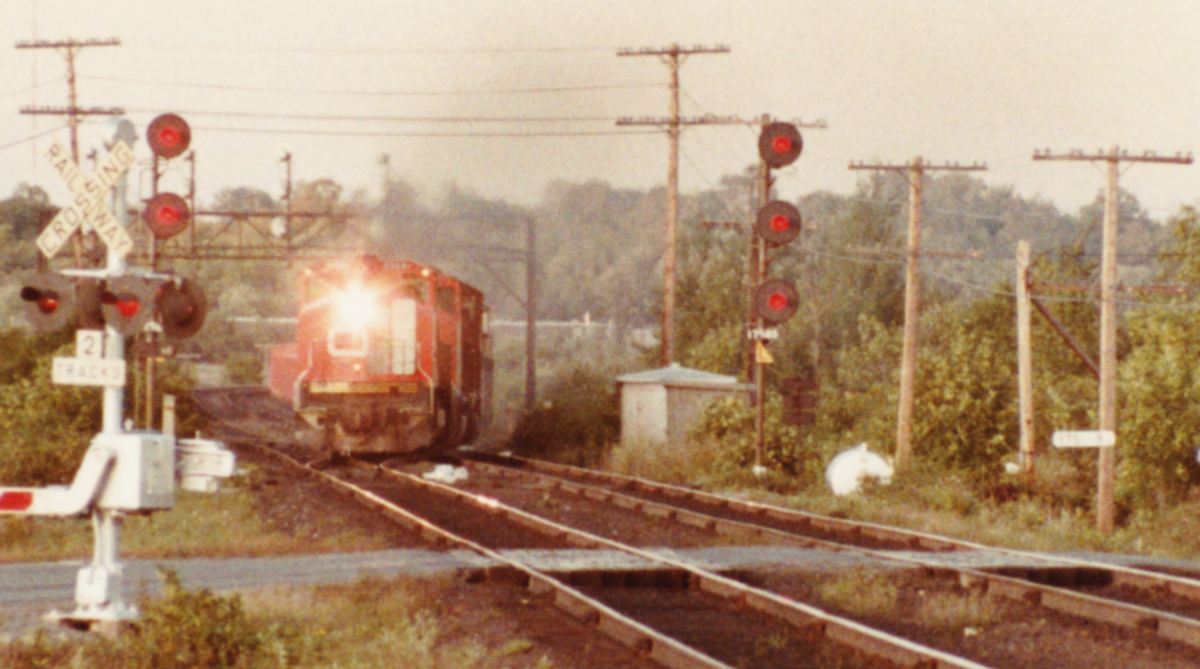 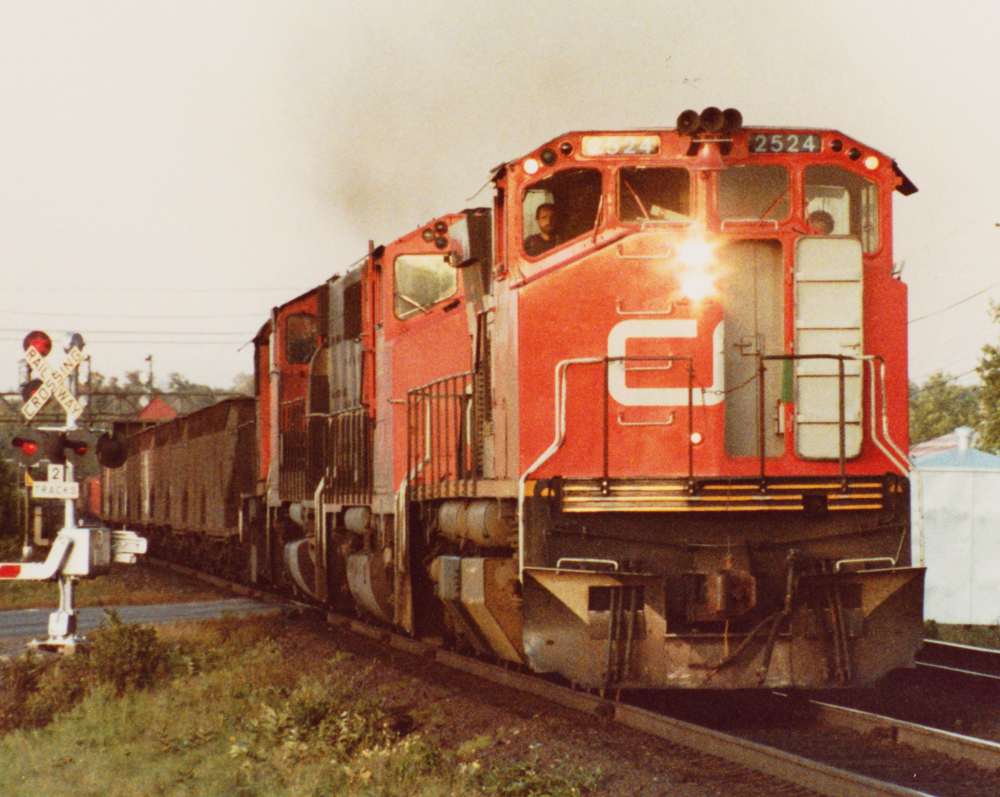 By this time in the evening, the mosquitoes were becoming quite persistent.

But a good time had been had by all those congregating at the east end of the parking lot.