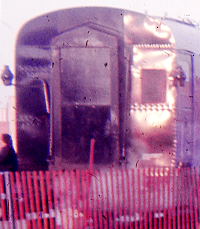 This last post about the Confederation Train
looks at our two encounters with the train
and some records made by others. 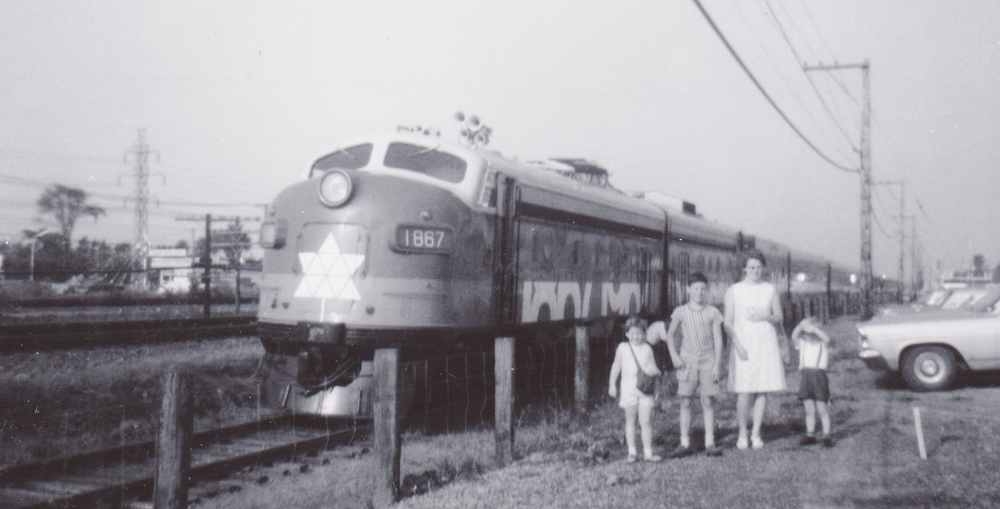 The date of our first encounter with the Confederation Train is lost to history. This is probably early in September (perhaps Sat Sep 2) and as close to daybreak as possible to avoid the crowds.

This is at Dorval looking west. Today's Autoroute 20 is beyond ... across both sets of tracks. The CPR is closer to the camera. Montreal's main airport is to the camera's right. This back track lines up with the straight section of Cardinal Ave. The parking lot is probably that of today's Dorval commuter station.

As described in the other sections, this must be either a Motive Power Attendant
... or a well-dressed thief stealing the CNR's precious gaskets and valve packing.

Looking way down the train consist, almost all the passenger cars visible here are for museum support and staff accommodation ... The museum entrance would have been 7-8 cars back - near that structure.

Another photo shows the line of people forming along the sidewalk of Cardinal Ave. I remember there being a wooden walkway 'bridge' to convey visitors across the ever-present railway ditch. On the left railing of the 'bridge' was a button, with an invitation to press it. So we did - a few times. Nothing. It was only as we left that spot, as the line advanced ... that we noticed there was a correlation between pressing the button and the sounding of the 'O Canada' whistle on the 1867 ... the whistle bells were facing away from us and they were about 8-10 cars away.

... Located midway between departing DC-8s and 707s ... and a four-lane freeway ... this 'O Canada' was not a 'railway whistle - prohibited on Montreal Island, except to prevent an accident' ... it was just museum advertising. The loud ambient sounds probably prevented us from noticing we were operating the whistle sooner.


So far, this series of posts has taken little note of the reason for the creation of the Confederation Train and the Caravans ... a quick tour through Canadian history ... from ancient landmass to the space age. The exhibits were state-of-the-art 1960s museology.

The idea was for people to look ... then KEEP MOVING. Often multiple car-lengths of visitors were lined up and waiting in the heat, cold or pouring rain.

The CNR must have subsidized some of the 'other costs' as part of its Centennial role as 'The People's Railway'.

If you'd like to see a nice collection of 'newspaper quality' black and white photos of the Confederation Train exhibits. You should check my link following the next two samples. I have reproduced a couple in low resolution to get you interested ... 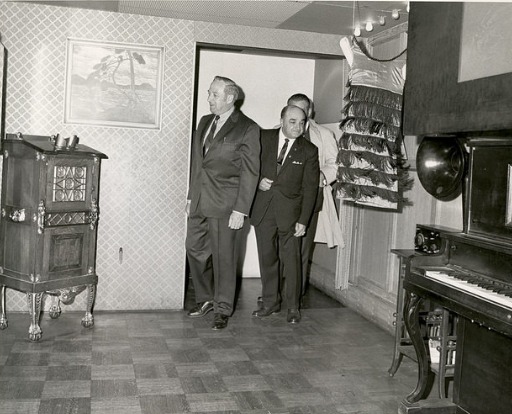 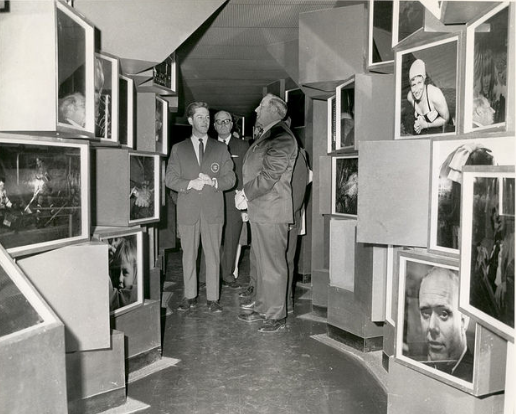 My spouse remembered seeing the Confederation Train on the Kingston waterfront. My brother subsequently found the photo above. The former Kingston and Pembroke station is to the camera's left and this park was once a railway yard. The tall building is Kingston's Holiday Inn - built on the pier of a demolished grain elevator. You will notice again the use of snow fence for crowd control.

A few years later, we were aboard the footplate of Alan Pegler's Flying Scotsman locomotive which was displayed at this location. It was touring North America with its train of British passenger rolling stock.

Wouldn't you know it? ... The Confederation Train version of history was controversial!
I found a few references to the following event during my research.

Here were some of the risks inherent in presenting
a quick 'common' account of our Canadian history in the 1960s ... 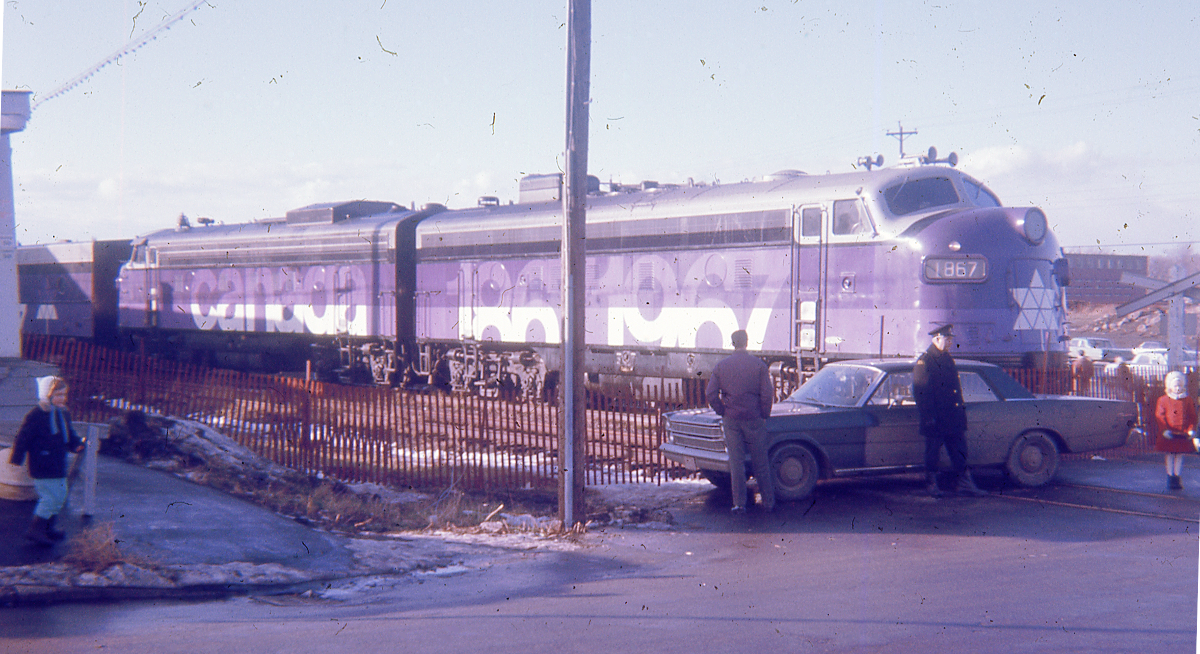 An officer, who may be a member of the Lachine city police force (then again, the shoulder flash could well be CN Police), maintains his cold and lonely vigil at the headend of the train. An unmarked (except perhaps for police garage brushmarks) cruiser stands by.

The wooden snow fence seemed to be the universal crowd control medium across Canada. At the right, in red, is one of thousands of kids who posed in front of the power. Consider the site preparation for this stop. At the left, a sibling leaves the temporary washroom facilities. Power and street lighting for the area is supplied from the new wooden power pole. 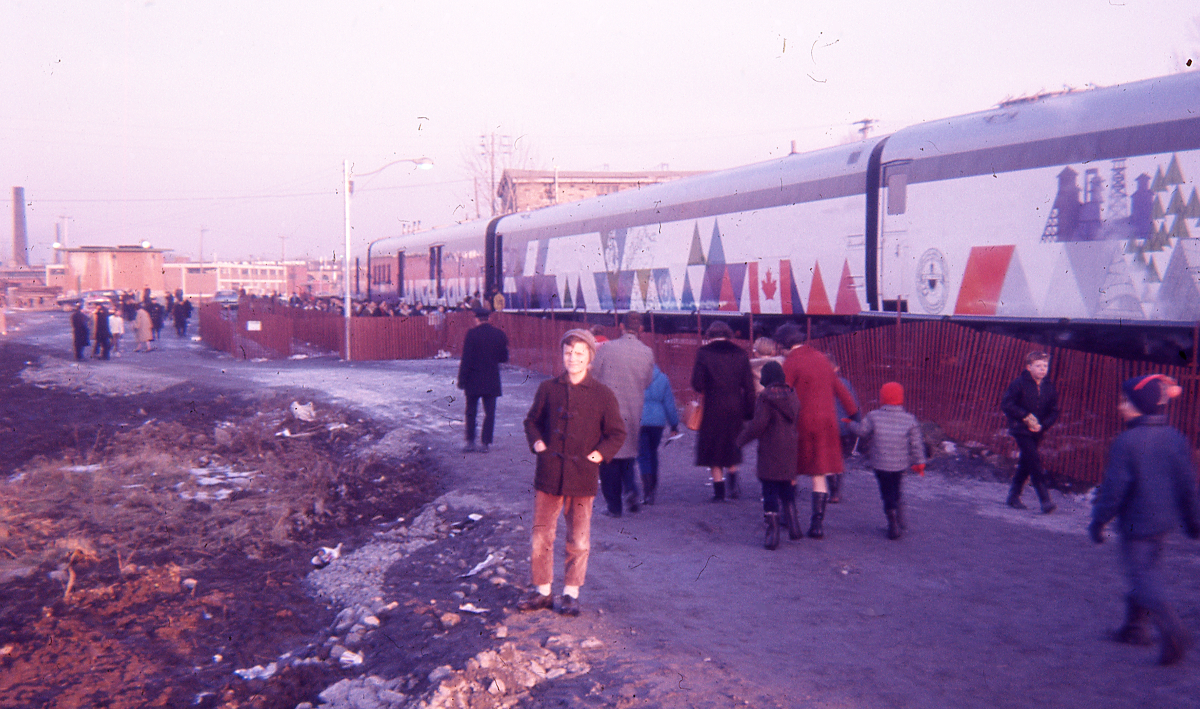 Above, about two car-lengths of visitors are in line and boarding the first exhibit car. They will continue through the museum toward the sun and the tailend of the train. Grading, lighting and fencing have all been set up along the Lachine Wharf Spur. In the foreground, evidently not trusting the efforts to keep patrons high and dry, some Anglokid seems well-prepared for any flooding. 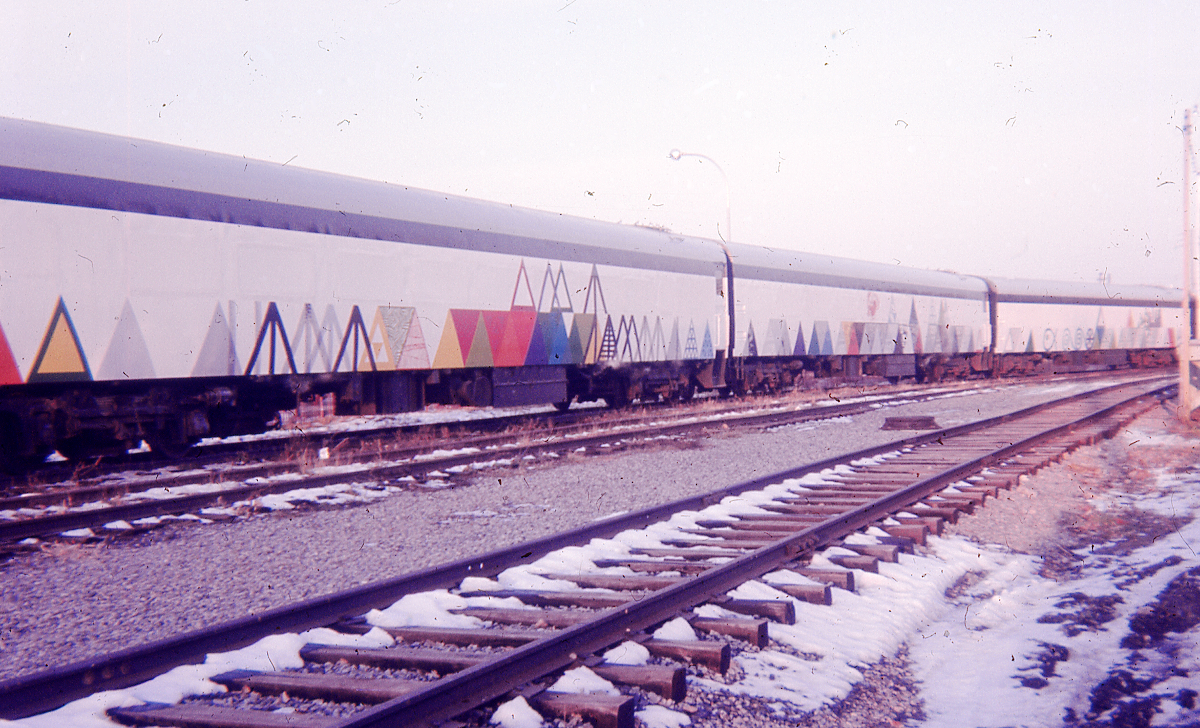 
A nice summary of key elements of this museum (and its controversies) follows.