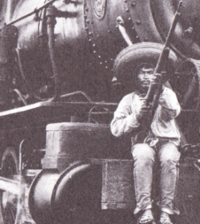 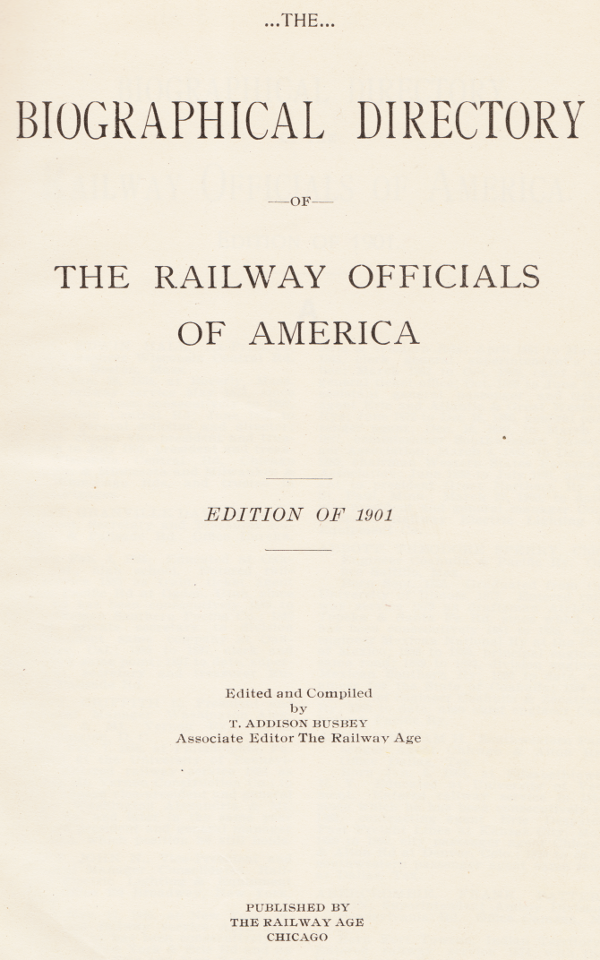 For this post I have reproduced the data for a few North American officials employed by Mexican railways circa 1900.

While Canadians in the age of electronics are bathed in American culture from birth, we sometimes have hurt feelings because so many Americans seem to know so little about us.

In fact, most Americans can probably live happy, productive lives without having to know anything about Canada. Similarly, before airline deregulation and cheap winter vacations, most Canadians had little contact with Mexico.

Before cheap air transportation ... what persistent reminders did we have of Mexico in Canada? ... the Frito Bandito, The Treasure of the Sierra Madre  ... We don't need no stinkin' stereotypes!

On Mexican railroads: Looking through five years of indexed, bound volumes of Trains magazines, from the late 1940s and early the 1960s, there was nothing worth reproducing for this post ... In most cases, small photographs in the news section showed particular pieces of hand-me-down power or coaches from the US. Similarly, my various stock photo 'railroads of the world' books have virtually nothing on Mexican railways.

Looking in a reprint of the 1916 Official Guide - there were a few pages of Mexican railway business advertisements and a few timetables.


The easily-remembered comparison image above is helpful.

Mexico experienced a railway building boom at about the same time as Canada. Mexico's history before and after this period was more turbulent than Canada's.

Canada generally benefitted from its parental British colonial superpower - which was rather firm when confronted with American military and para-military incursions across the border. Also, by the 1860s, Canada had finally worked out the representative government idea fairly well - so there was less potential for social unrest. In the mid and late 1800s, British capital was comfortably invested in ventures such as the Grand Trunk Railway and the Canadian Pacific.

Given that investment capital is always mobile, sensitive and scarce ... it just is ... Mexico's railway building boom seems to have occurred when there was a master politician and strongman in charge.

Porfirio Diaz 1830-1915 was in power from 1877 to 1911 (except for four years) and he made Mexico friendly to foreign investors. From humble beginnings, his study for the priesthood was terminated when the Mexican-American War (1846-1848) began and he decided to join the military. Legal study and more wars and military experience followed. In 1877, he became president for one term ... then didn't like what his successor was doing ... and won the office again and stayed in power for quite a while thereafter.

While he was President of Mexico, capital flowed in from the US and Britain ... so some of Mexico's mineral wealth could be developed and so railways could be built to transport it. With improved transportation, agricultural products were more efficiently distributed and exported, and people could get around better as well.

After Diaz got the boot in 1911, and after the Mexican Revolution of 1910-1920, Mexico became a republic with its own constitution.

This first series of images comes from
The National Lines of Mexico; 1900; Jackson Smith.
(The archive.org link appears at the end of this post.) 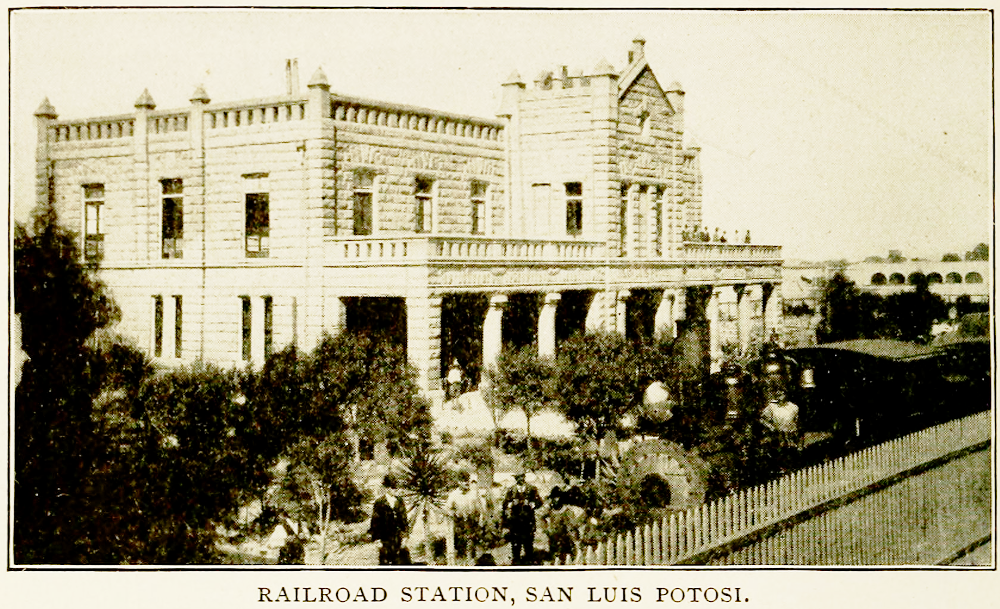 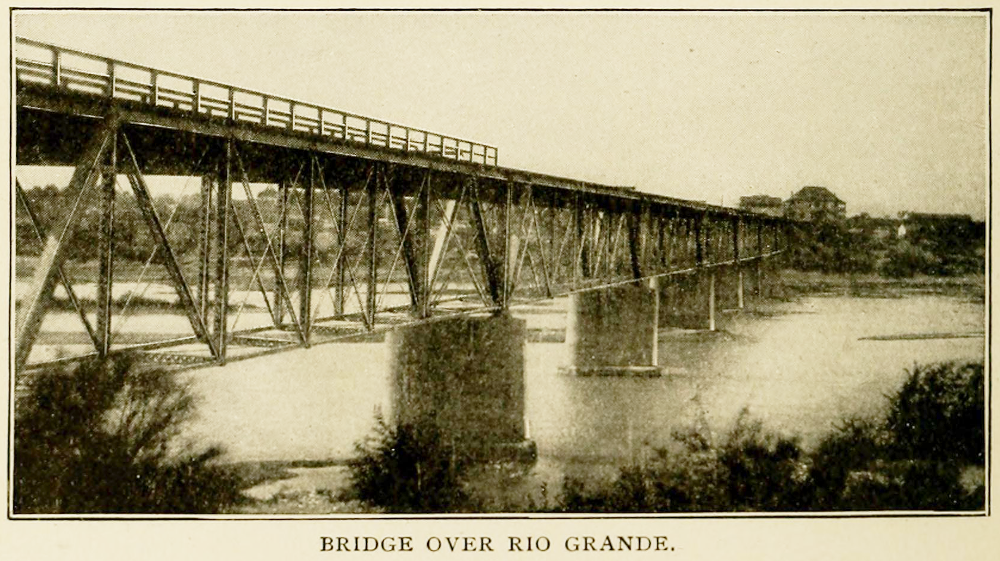 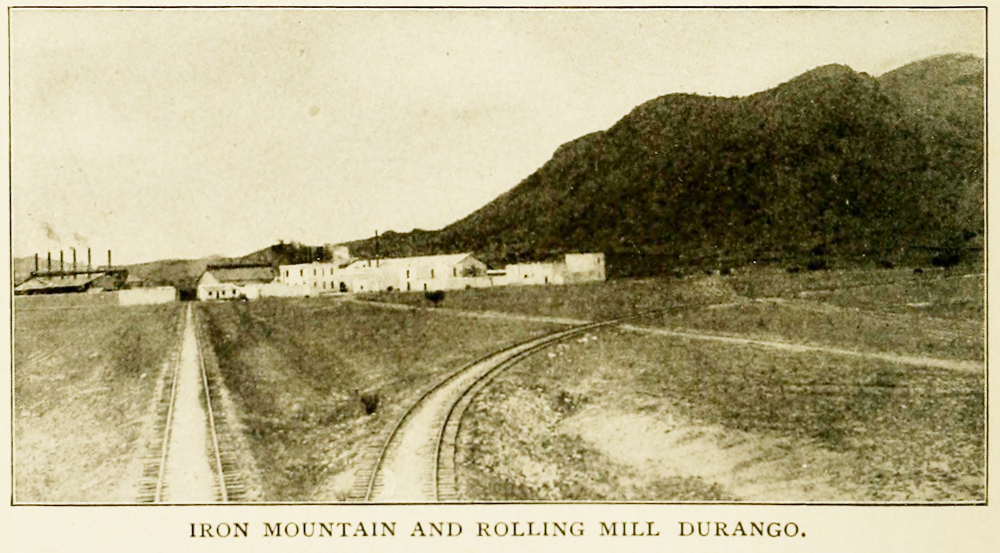 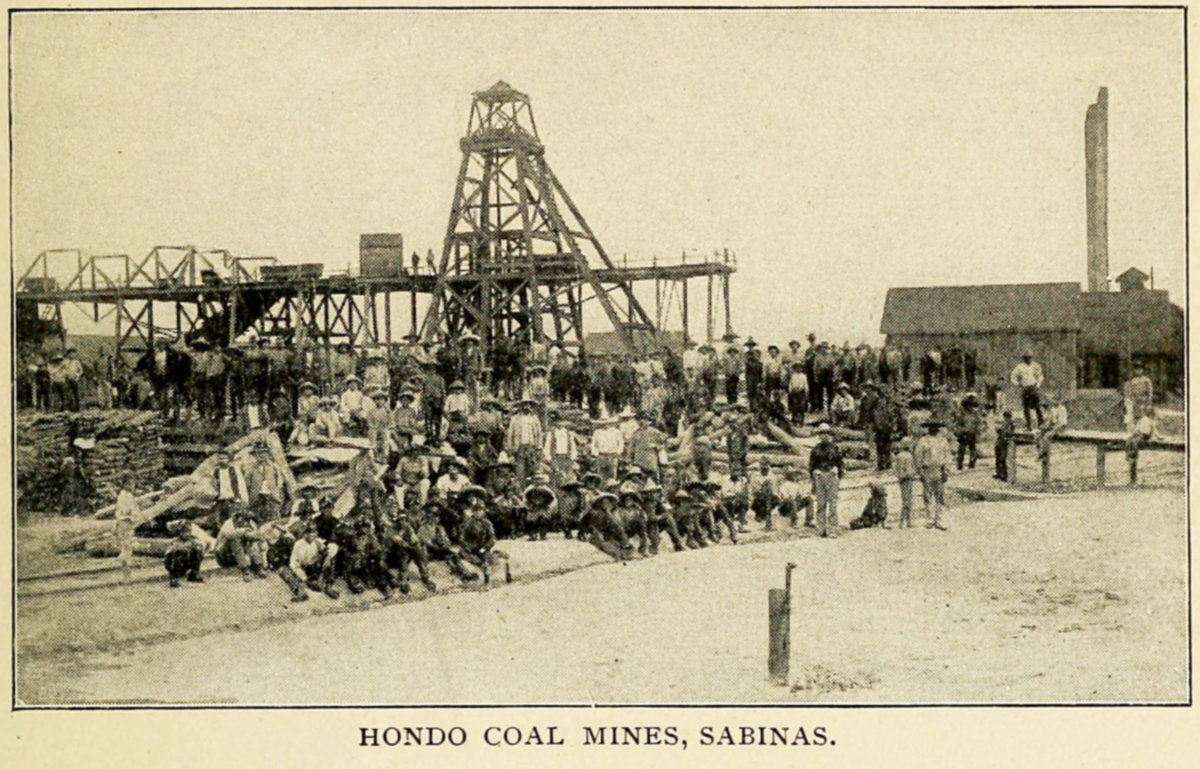 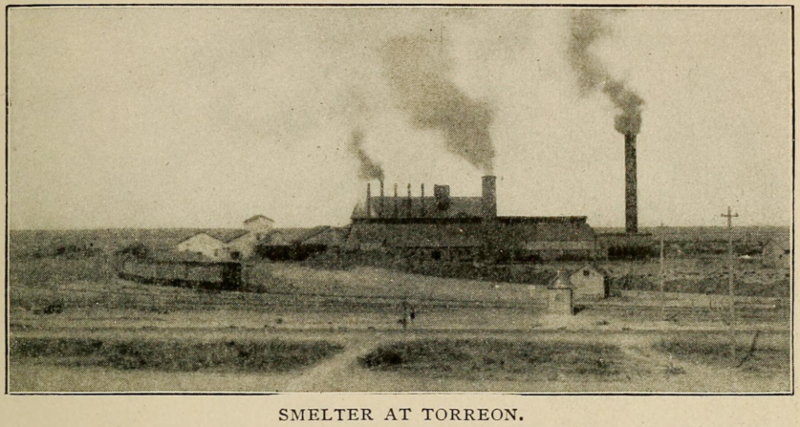 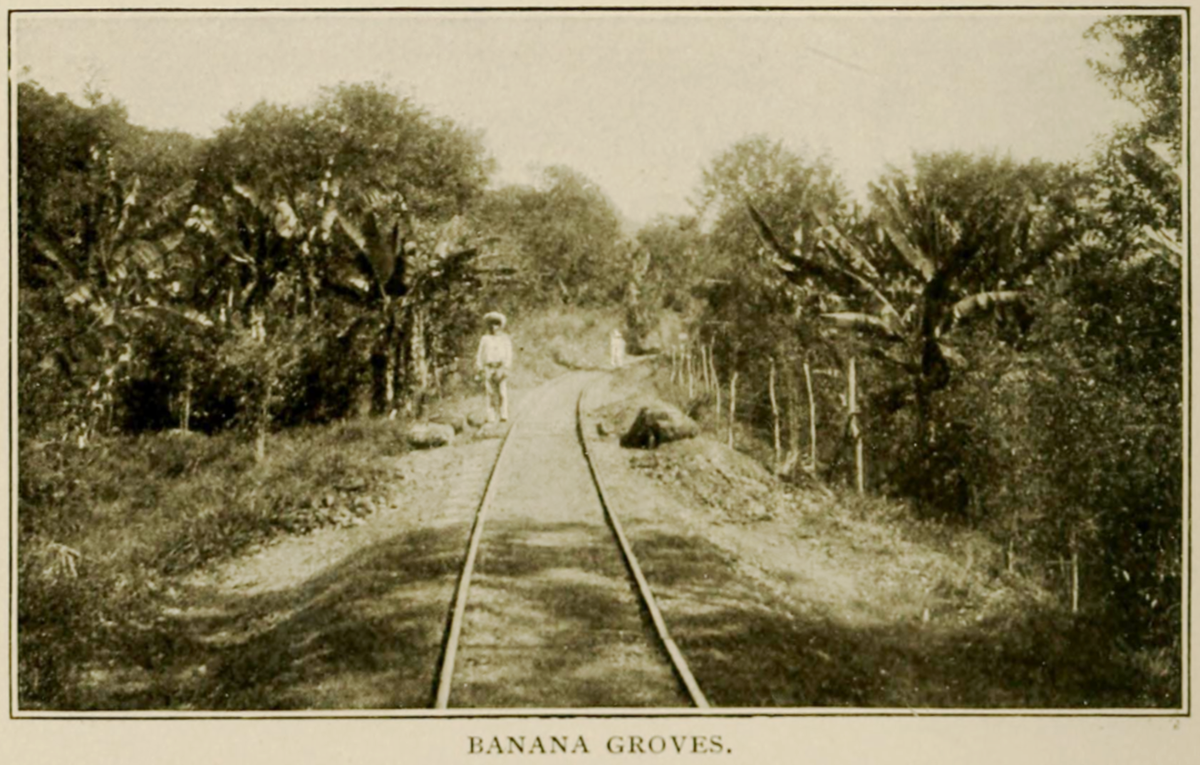 
Considering my brief sketch of Mexican history circa 1900 above, you can understand that the following American, Canadian and British railway officials were down here in 1901 during the height of Mexico's railway and industrial boom - during the presidency of Porfirio Diaz. These may have been the 'last good years' of the railway cycle to be working on these lines.

... The Revolution and related unrest ran from 1910 until 1920 or so ... and even 'safe' Canadian Northern and Grand Trunk investment capital was drawn away in search of higher returns from the Great War industries 1914-1918. Another problem for the railways' operation: few American lines would have allowed assets such as freight cars to be interchanged into the Revolution Zone.

The 1920's economic and stock market boom in the US probably resulted in capital being drawn away from Mexico so it could be played in the local American stock market. RCA and automobiles ... or post-Revolution Mexican railways - which would you pick?

The Dirty Thirties would have been lean times for Mexican economic activity ... until the US wartime boom in the early 1940s.


Employees in 1901, grouped by the employing railway: 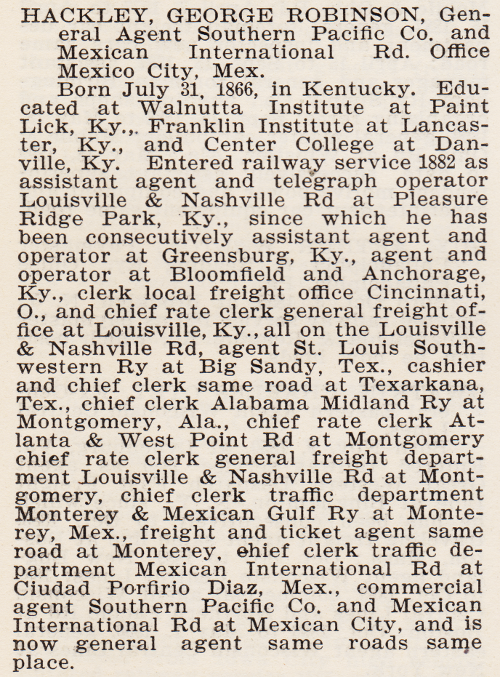 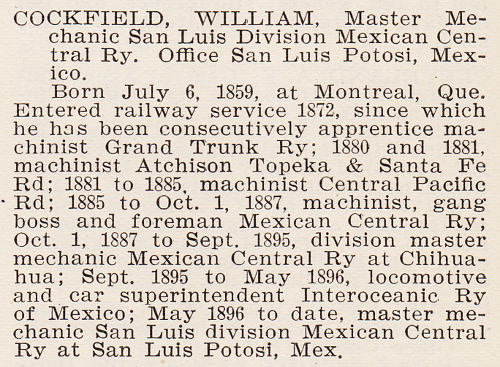 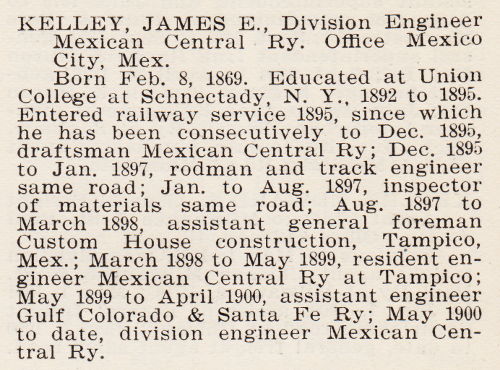 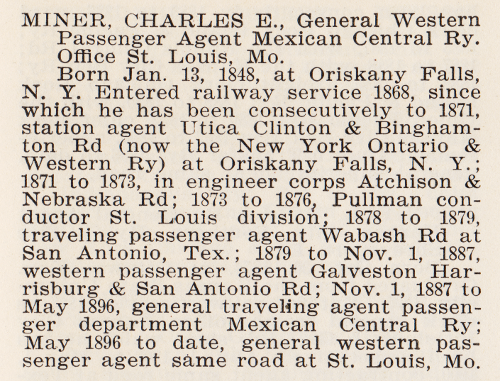 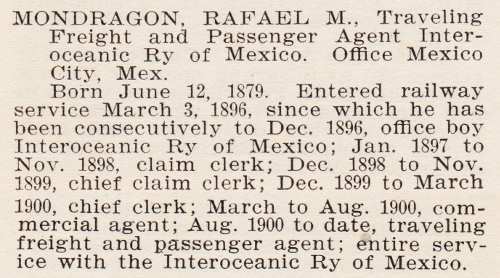 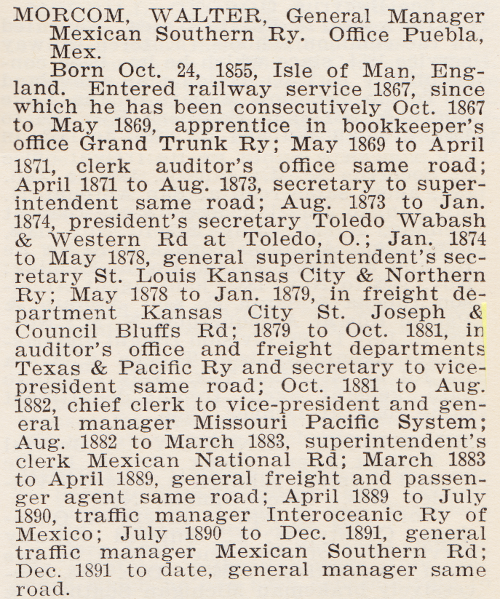 Below is a 1920s map which shows railways in red.
You can imagine how terrain, population, seaports and economic resources have influenced the network's development.

Notice the isolated lines in the Yucatan Peninsula to the right.
A number of the minor Mexican railways were narrow gauge - as you might expect.

Below, also from The National Lines of Mexico, is a typical Poole Brothers (Chicago) system map
which makes every railway line look like an 'air line'.

When they scanned this book, the centre of the map was lost in the book gutter. Here is a photo taken during the Revolution - probably the source of  numerous stereotypes.


Pulling a single car for overnight accommodation, non-revenue light engine 'cruiser trains' were sometimes run at high speed over the lines where unrest and damage to railway property had been a problem. These trains operated by daylight only as night operations would be particularly at risk due to track sabotage. Wooden trestles and buildings were favourite targets.


Moving back a couple of decades ... In the Gay Nineties, the Pennsylvania Railroad operated specially-chartered cruise trains (using today's meaning) - which ran from New York to see the attractions of Mexico. These were excursions for high net worth individuals. It seems likely that Mexican railways and industries would also be interested in exposing potential investors to the progressive Mexican development story.

The first map below shows the route in Mexico, the second shows the US portion of the trip. A link at the end of this post will take you to this book: Pennsylvania Tour to Mexico (printed in 1891 for 1892 travel).

These maps are handy as they provide some detail on the location and identity of particular lines. 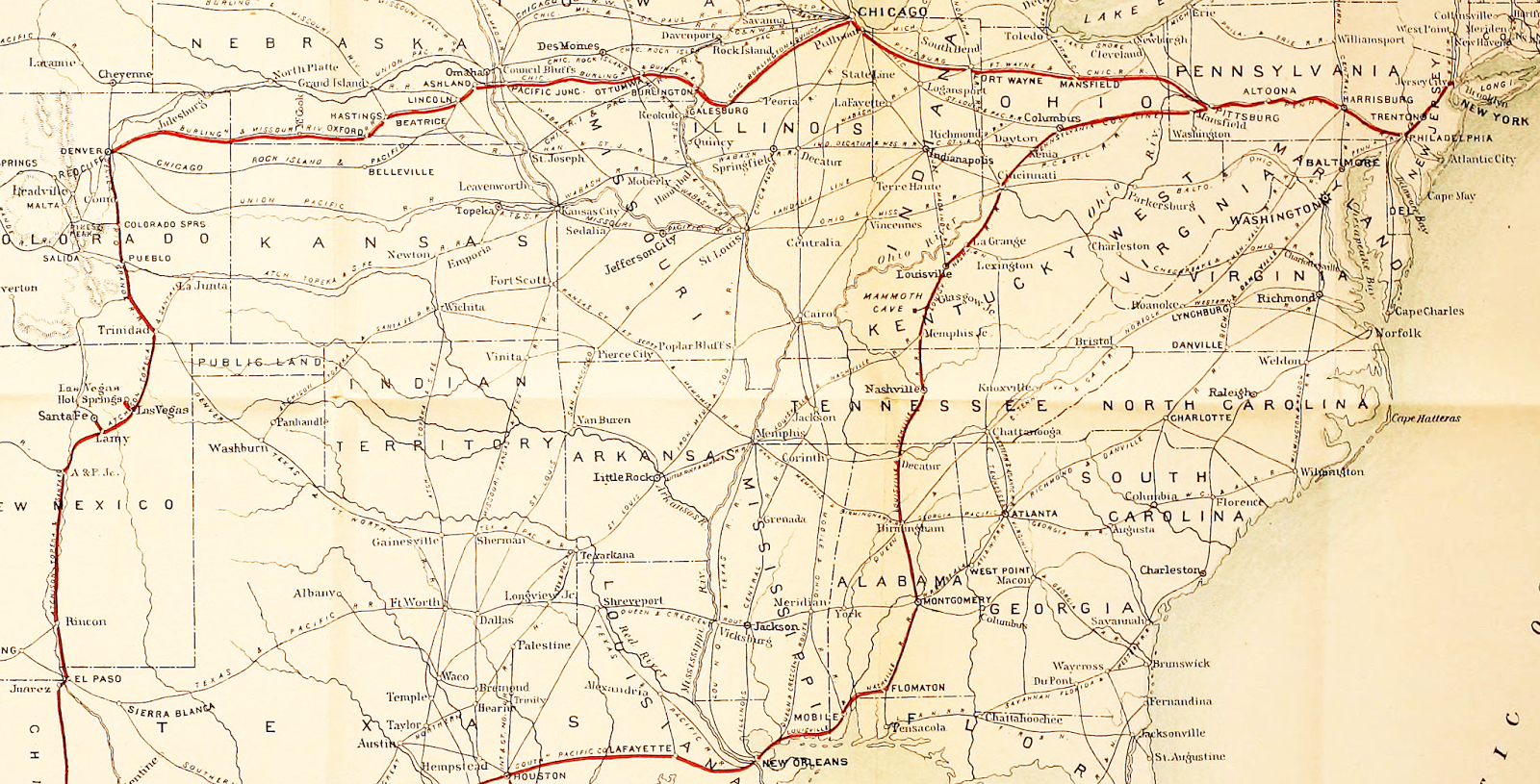 
The post finishes with two more traditional North American railway careers which I found while looking for Mexican employment in 1901.

The first is reproduced so you can imagine all the railway developments he has seen in his 60-odd years of life.

The second was born in Kingston. 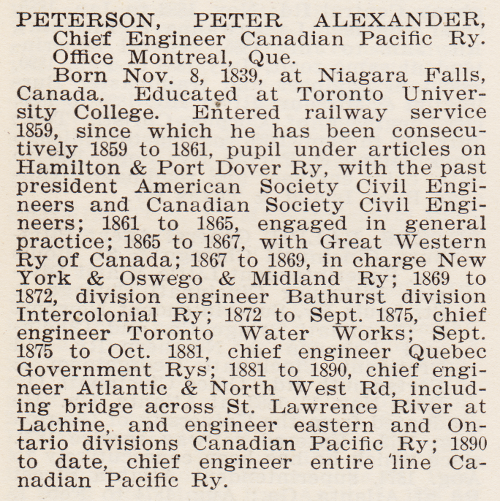 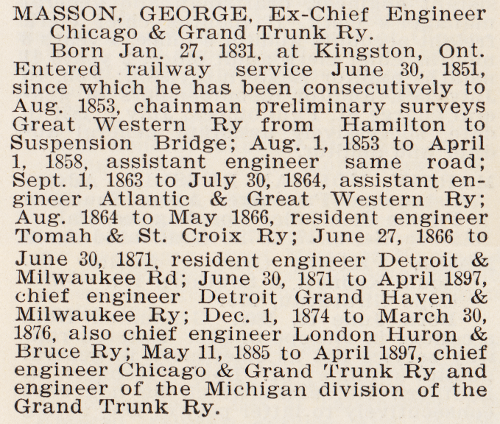