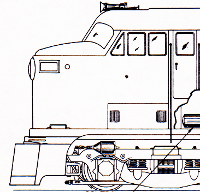 This post looks at part of a locomotive operating manual consolidation for engineers, issued by the CNR in 1966.

With a wide variety of first- and second-generation diesel locomotives in service across the system, there was a great advantage to engineers in having just one manual to carry in their bags - rather than one for each of the most common models. You can also imagine the stress imposed on an engineer having to perform some obscure function on a unit seldom encountered before ... often in bad weather, and/or at night.

Of course, there's the other side of the coin: employees should have no excuses for failing to follow the right procedures. The railway would avoid some train delays and some repair costs ... or managers could inquire why the correct procedures were not followed.

Without this adversarial perspective ... it was simply a good idea to put this book together.

I have chosen a relatively rare locomotive of unique design to present here - the freight version of the Fairbanks-Morse cab units manufactured in Kingston, Ontario by the Canadian Locomotive Company. 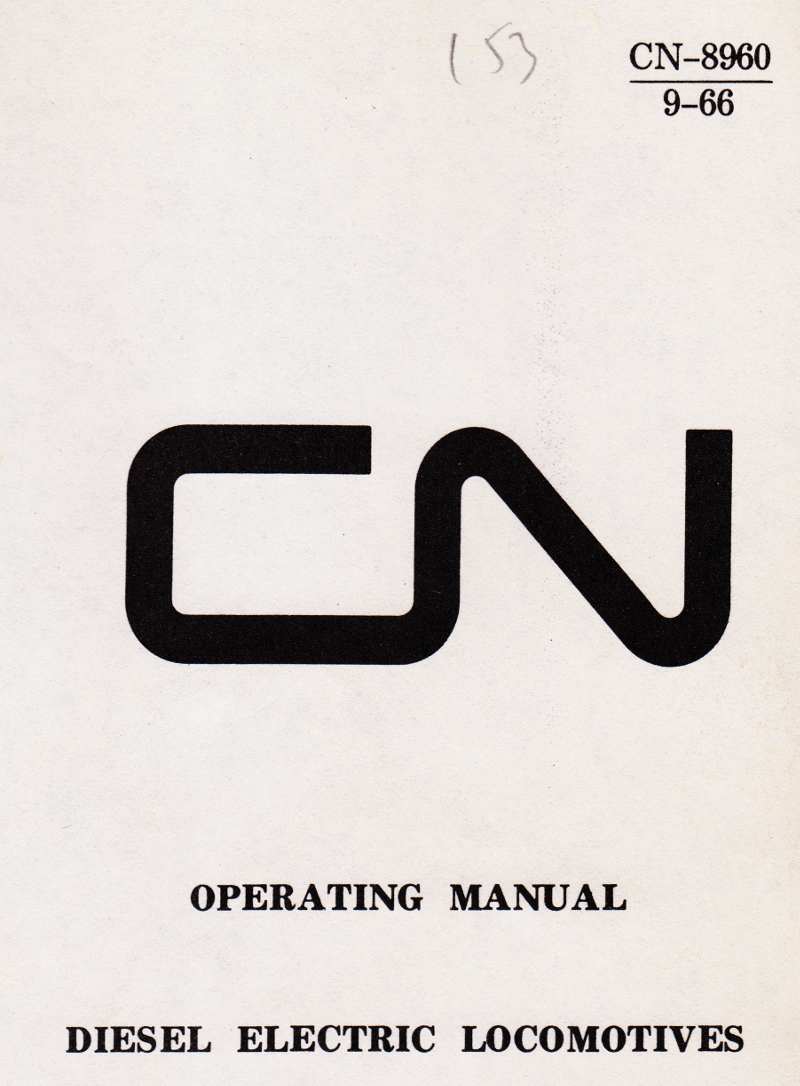 In Trains magazine in 1964, this handy box appeared within an article about F-M locomotives ...

In some cases, I repeat detailed diagrams in a larger format. 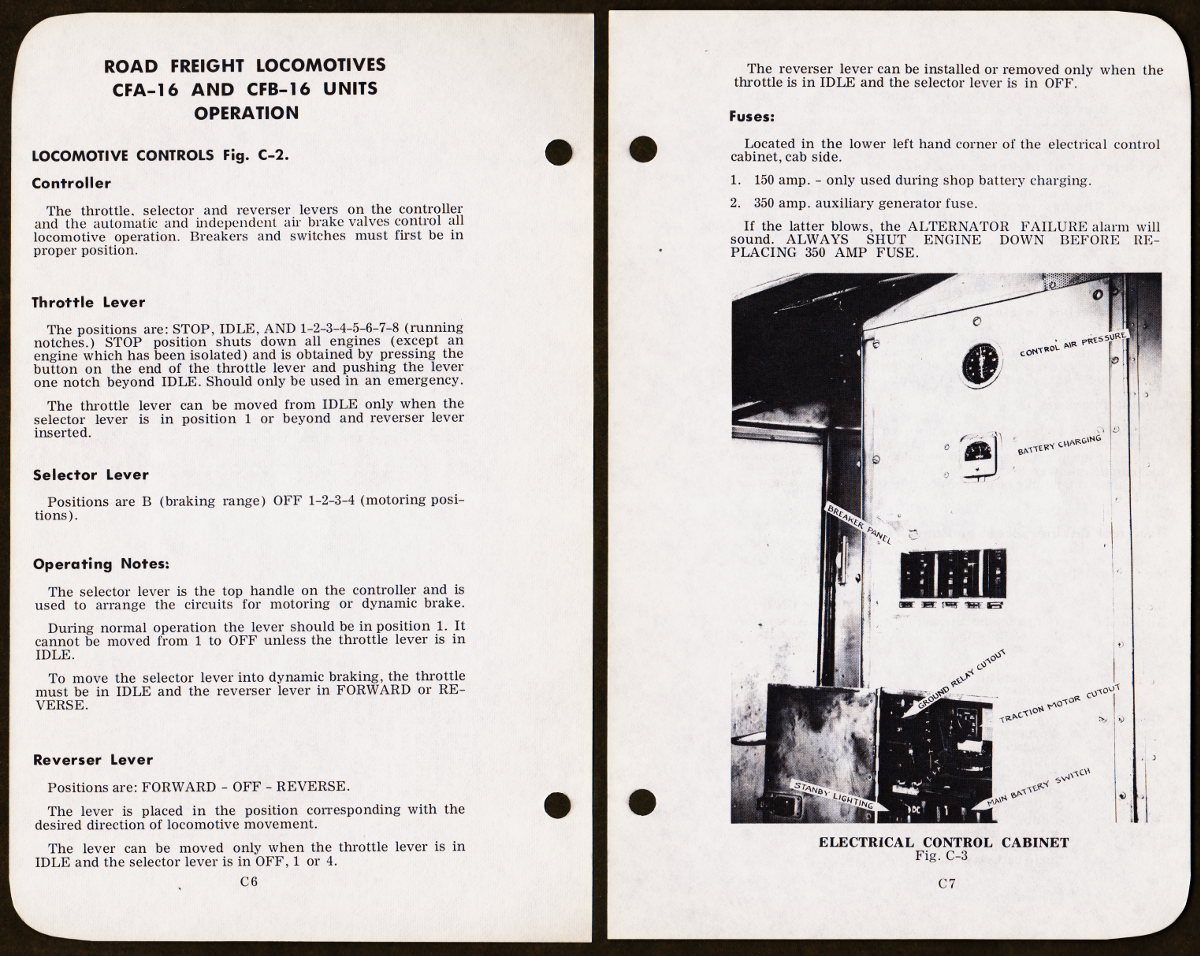 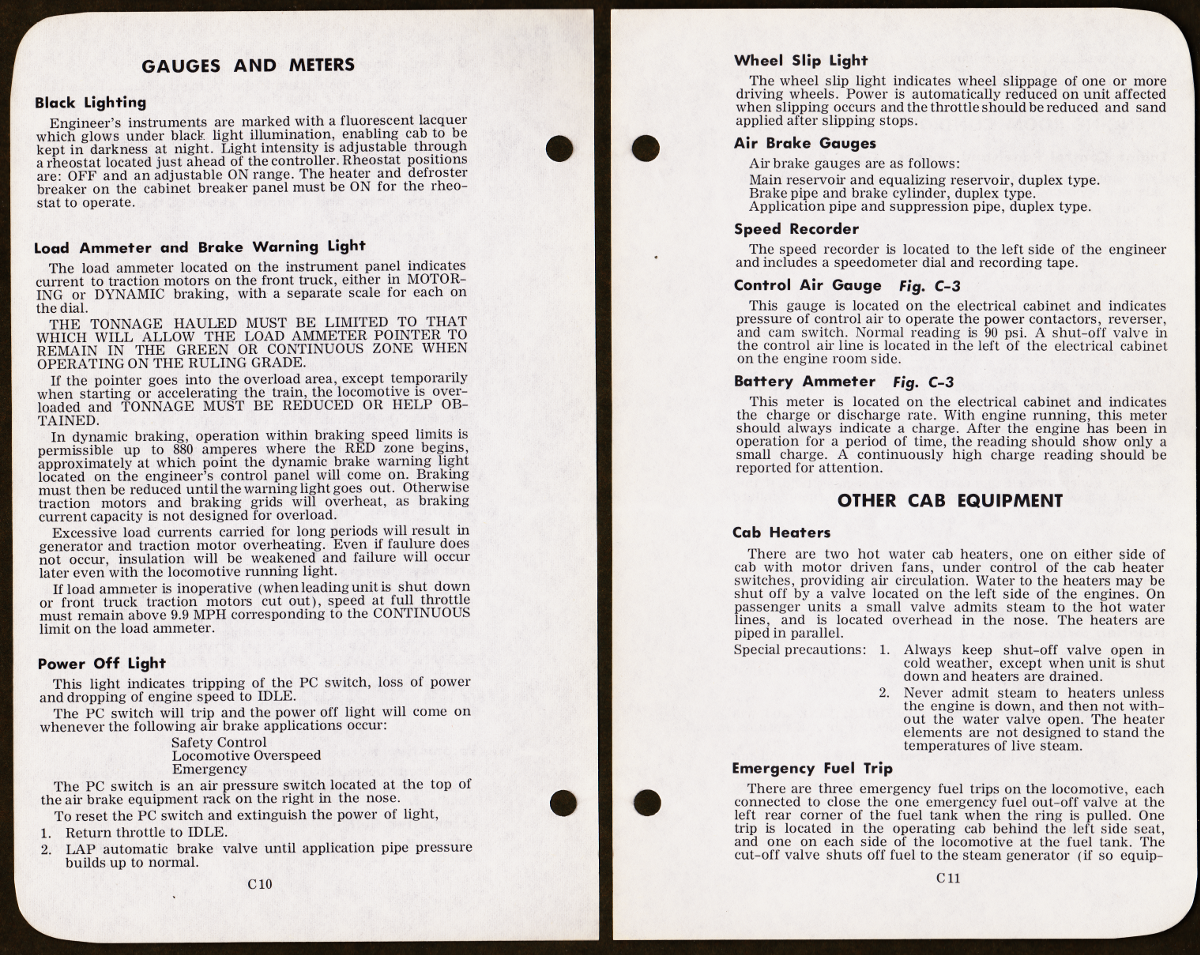 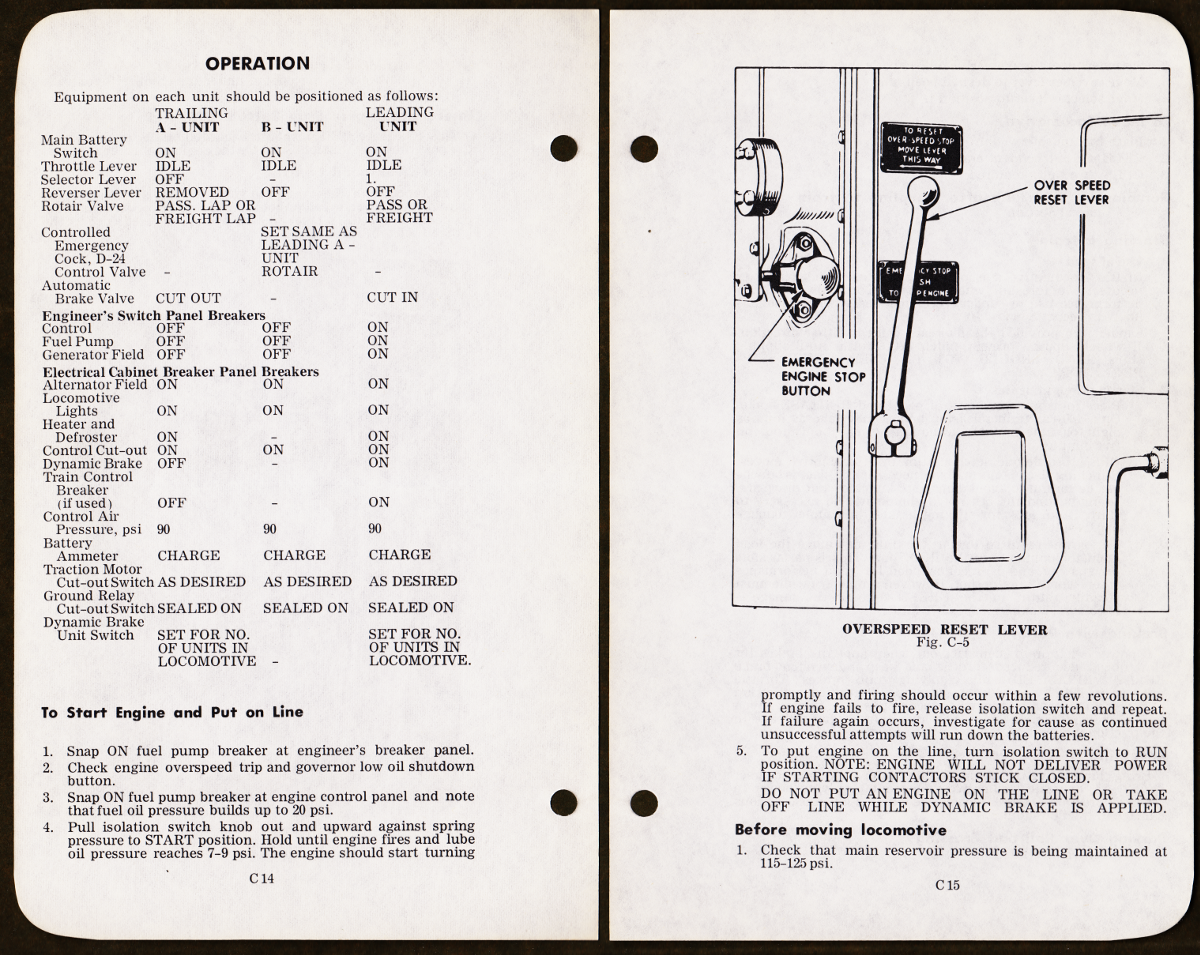 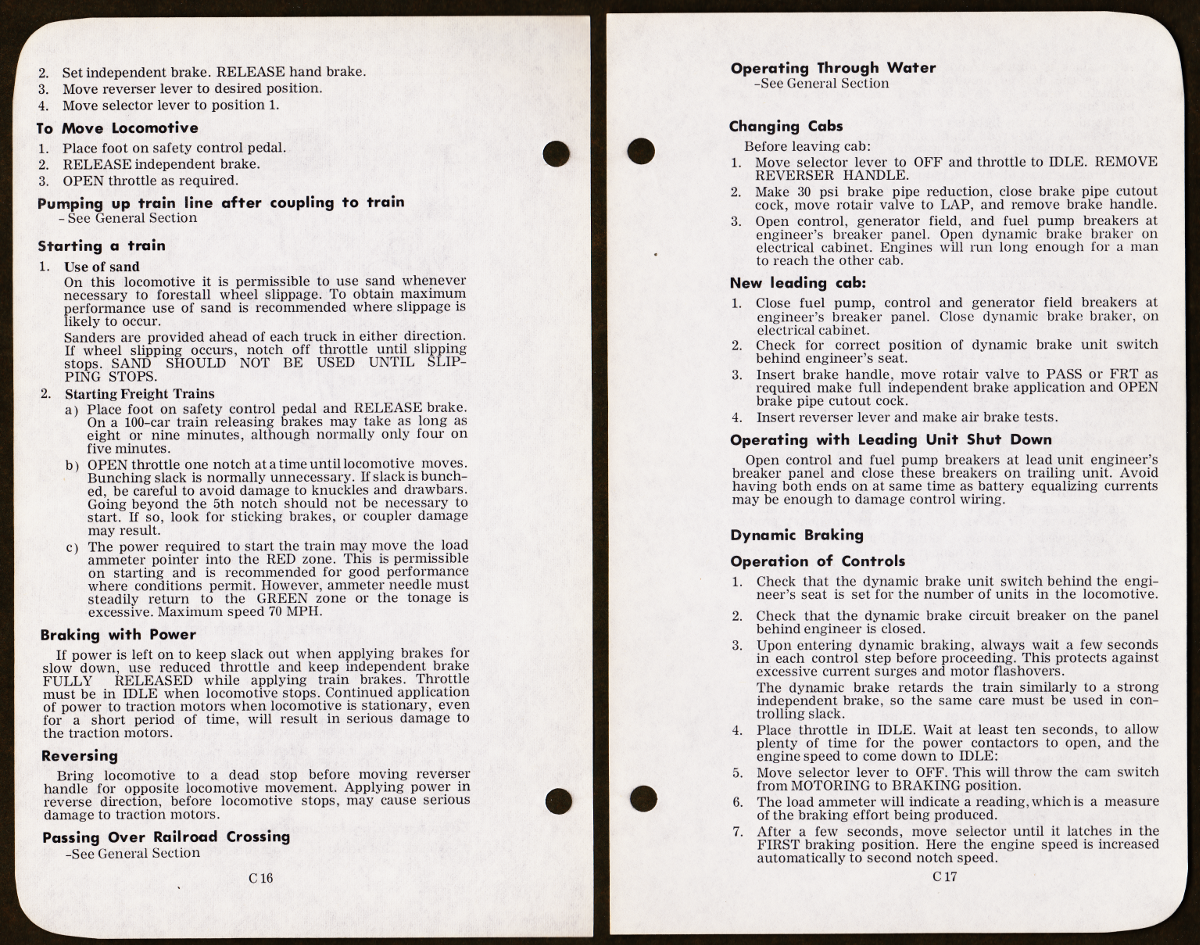 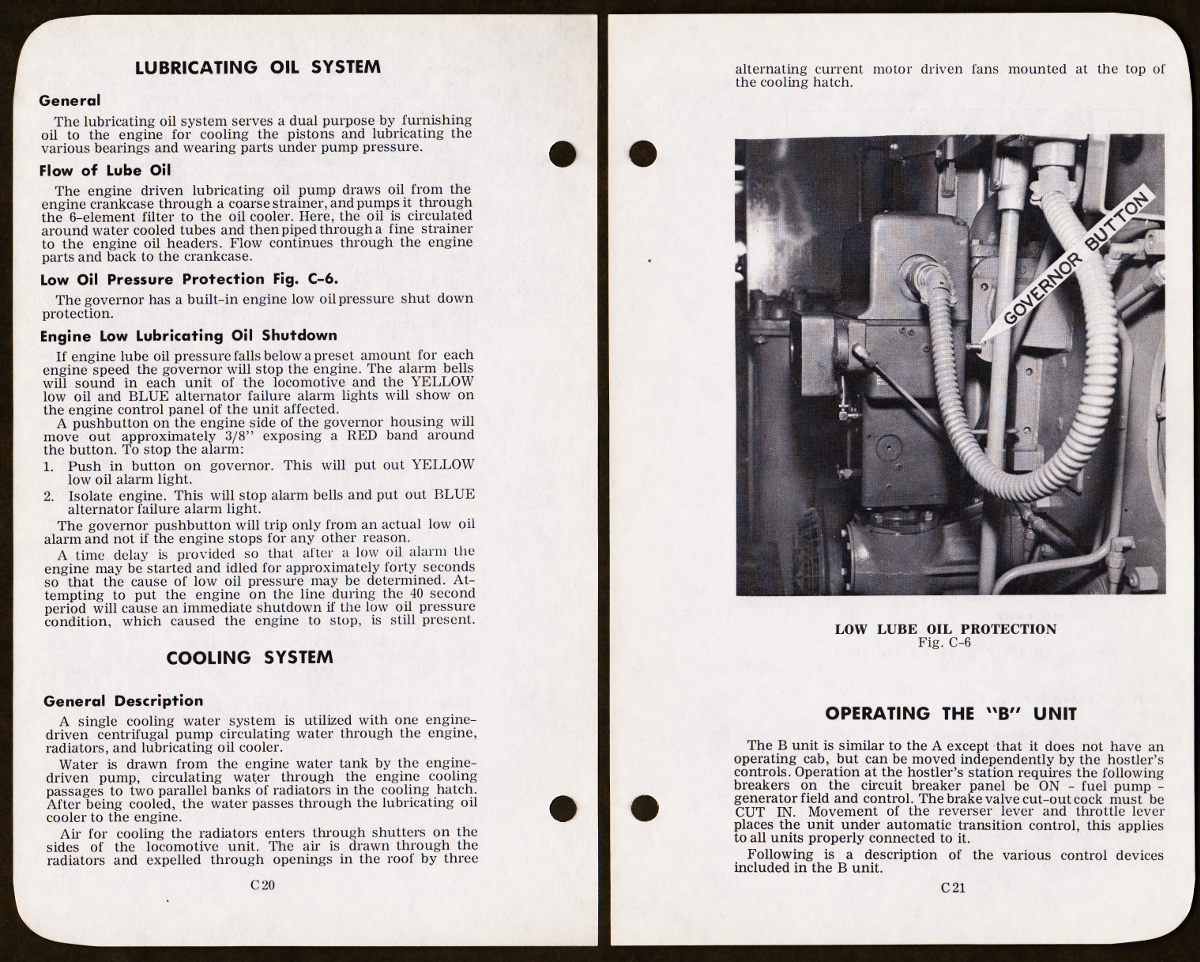 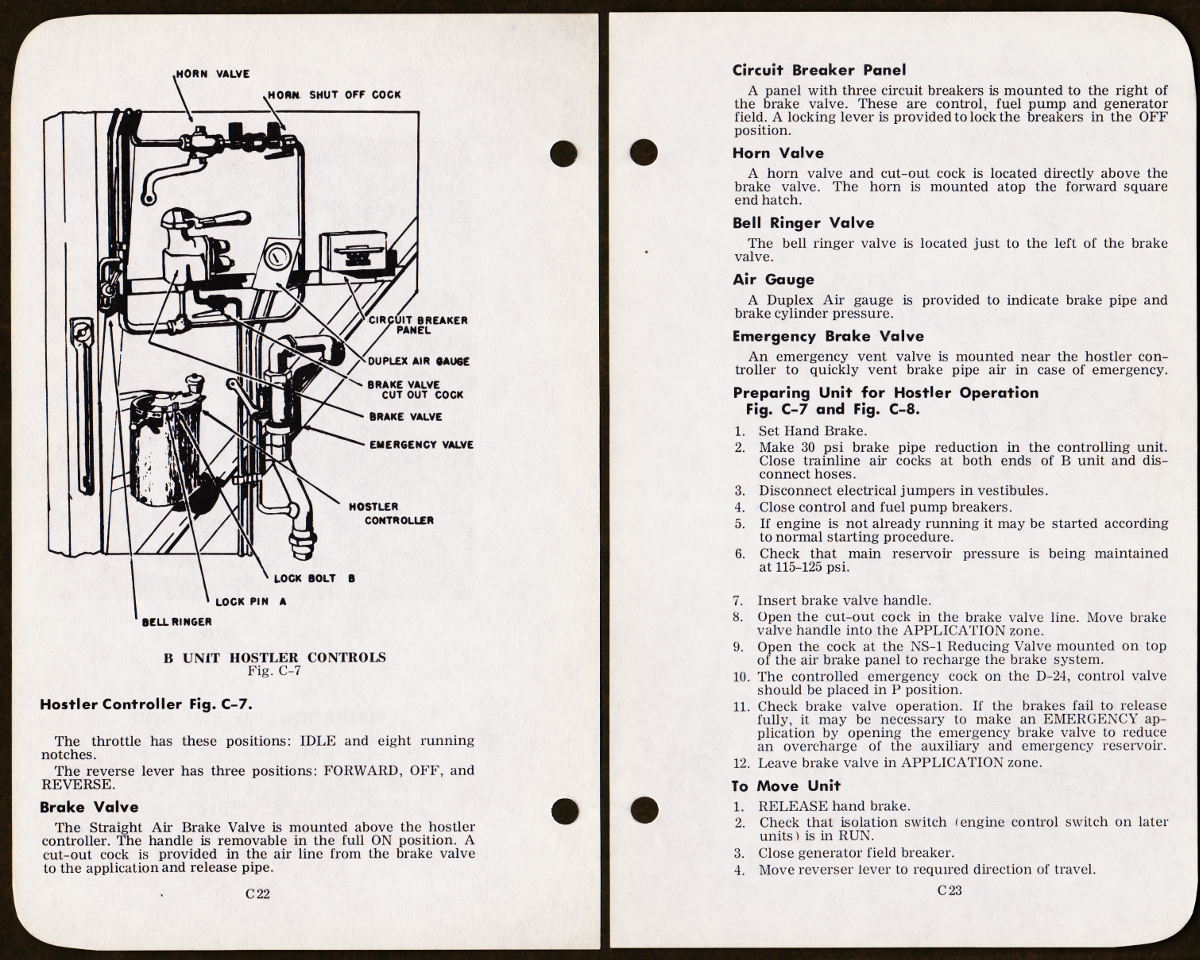 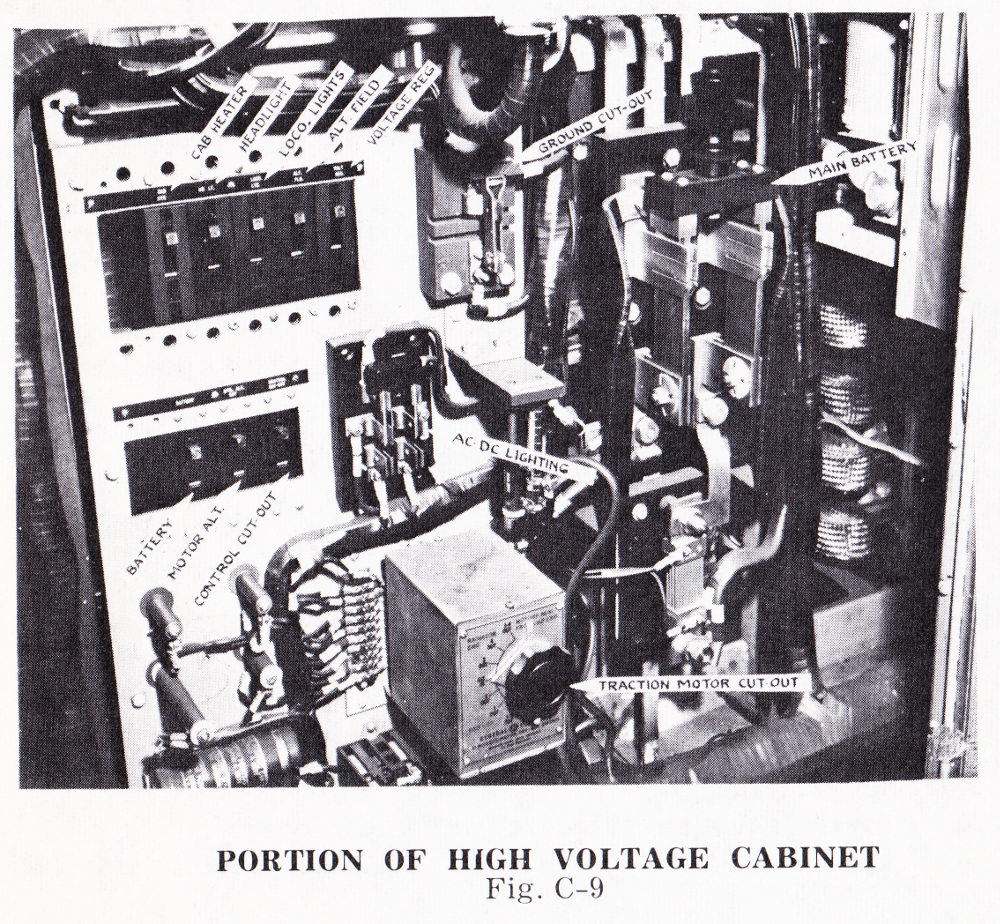 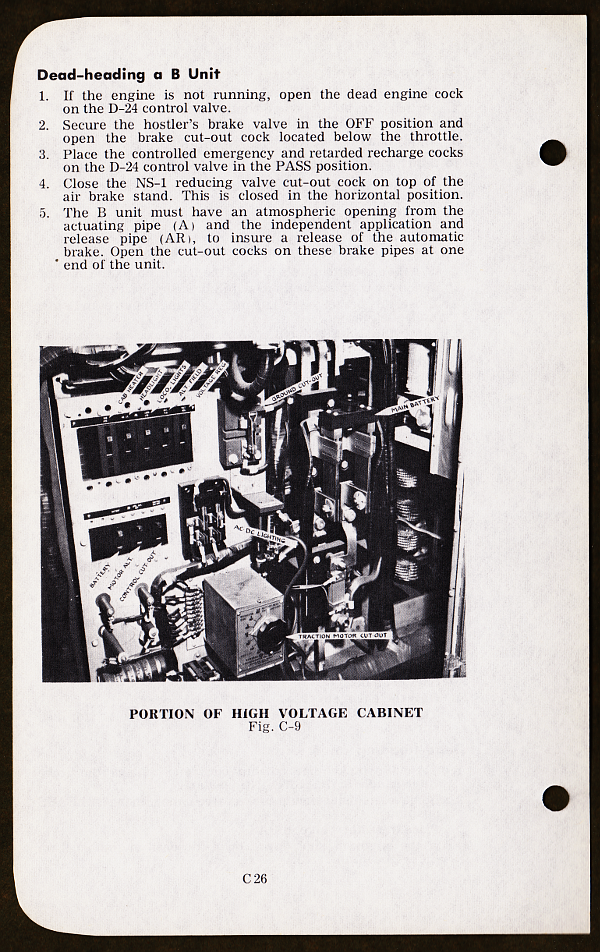 My father purchased snapshot-sized railway photos from Stan Styles of Vancouver BC. There are no examples of CNR units of this type in his little collection.

The following locomotive inspection reports were literally 'collected' by my father as they lay or blew around on the ground at Turcot Yard. No doubt, being saturated with oils, creosote and other similar preservation agents helped protect them from the weather.

In July 1961, when we first visited the yard to see and to document the steam engines awaiting scrapping, Turcot Yard was a ghost facility - particularly on the weekend. Anything of value to the railway's operations had been removed and relocated to the CNR's new Montreal yard to the west. Only lines of dead locomotives, and those in the process of being cut up, remained. Because we stayed well away from buildings, these very few reports would have found their wind-borne way over to the locomotive deadlines.

After 'collection', the forms would be placed in an olive-drab camera bag already containing rolls of film, a Brownie 'Holiday Flash' camera (black and white print film) and a blue Brownie 'Star Flash' camera (Ektachrome colour slide film - but the colours quickly washed out). Not owning a car yet, he and I (and sometimes my grandfather) would return to Lachine via an MTC bus caught up the hill on Upper Lachine Road.

Link to my article about Turcot Yard

At the end of each run over a subdivision, it had long been standard railway practice to have the engineer complete a report for the roundhouse/shop - noting any problems encountered with a steam locomotive. This process continued into the diesel era.

In many cases, the defects noted would actually be repaired - however - somewhere in the past I saw a series of increasingly angry comments on this type of report ... when repairs deemed necessary by an engineer were not made and the uncorrected problem was encountered on successive trips.

I also remember an article written by an American shop foreman entitled 'One More Trip' - this being the mantra/prayer of the shop foreman who hoped that problematic locomotives would run well enough to reach someone else's territory before a costly and labour-intensive repair became necessary.

CNR designates the form as a 'back tumble' ... this term has long since been appropriated by the gymnastics industry. As the reverse side of the form is printed upside-down, perhaps the forms were originally hole-punched along the top and temporarily filed on wall-mounted ringed clipboards.

Just as I was surprised to find these reports, I was also pleased to see we have three forms covering the same 'leader' CFA-16-4 ... the CNR 9336. Although the last colourful report does not bear the year, I think I have arranged them here in chronological order.

As you'll notice, Brockville and Belleville were still division points. While the CPR had labour conflict over its firemen, the CNR had similar problems with 'run-throughs' - the longer crew work days which were made possible by the new diesel-electrics. 
If I am reading this report correctly, the engineer has delegated the writing to his fireman. The engineroom leaks may have been a particular problem with this type of power. Notice the use of 'hay wire' for repairs.

On freight (at least on the CPR), a headend brakeman/trainman and a grandfathered 'fireman' from steam days would be in the cab with the engineer. The fireman travelled back into the carbodies of these first-generation diesels (and later, to attend to more modern power) and kept them running.

I've mentioned before that as a diesel fireman, Rolly Martin spoke with some pride of his work to maintain or to resurrect similar well-used CPR locomotives so that his engineers' trains could get over the road in good time, and particularly, so they would not need to double the train up some of the major grades around Lake Superior. I guess the fireman job was what you made of it.

from the Quebec Chronicle-Telegraph, April 3, 1958 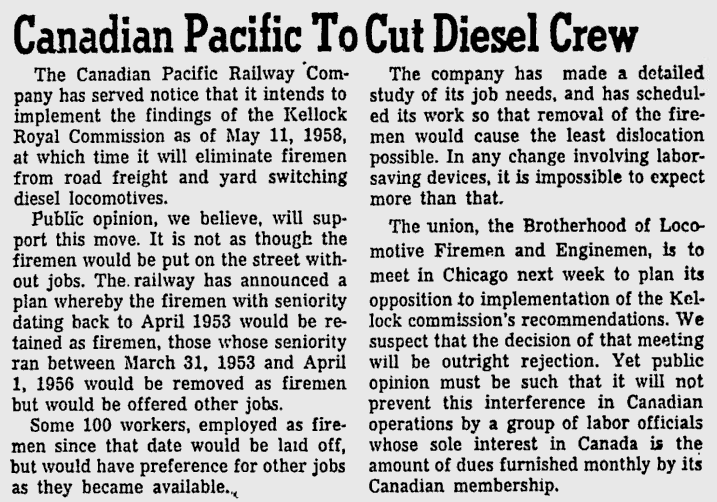