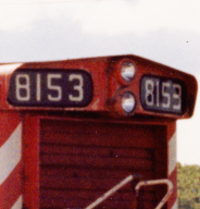 Most of our vacation time in Schreiber was spent visiting. We usually stopped in Schreiber while on our way to or from Manitoba. So: little time could be allocated to documenting what was going on in Schreiber's yard. I generally had one chance on the way in, or while leaving.

This 'failure to document' was a consequence of the prevalent view among professional running trades people of the time.

Apparently, even for those who had 'cinder-dust in their blood' (a CNR quote), when you were off work, and particularly after you retired ... you were expected to have much better ways to spend your time than hanging around the railway's equipment. The farther away you were, the healthier you were seen to be. To hang around was kind of 'sick' or sad. However, we can all think of notable, celebrated exceptions to this viewpoint - there were professional railroaders who preserved images and knowledge of railway operations and processes.

... At one point, without even thinking to ask, while out seeing the other sights of Schreiber on a fine sunny day, I once stopped our car at the Schreiber platform (typical vacation behaviour) and Rolly seemed to shrink into the passenger seat a little. He said it was the first time he had been at the tracks since his retirement months earlier. The fact that Schreiber had been a small, thoroughbred railway town probably made it more difficult for someone to casually and anonymously have a close-up look at the new power, etc.

I am thankful that I experienced Schreiber when it still had all the divisional staff there, and when almost everything and everyone in town had some kind of direct link to the railway business. It is probably that unique railway 'company community' - a historical loss - that I regret not being able to document better.

Here are a few photos I was able to grab around the Schreiber yard in a few stolen moments of time. 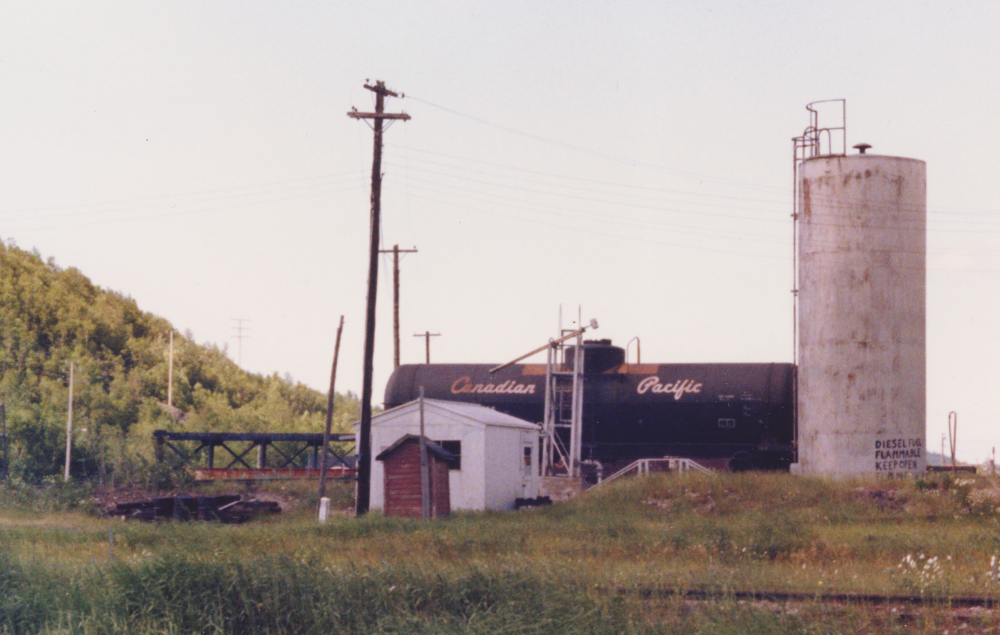 Before oil company contractors were hired to refuel power with tank trucks, the work was kept in-house.
Here is a CP diesel fuel tank car at the Schreiber fuel rack. 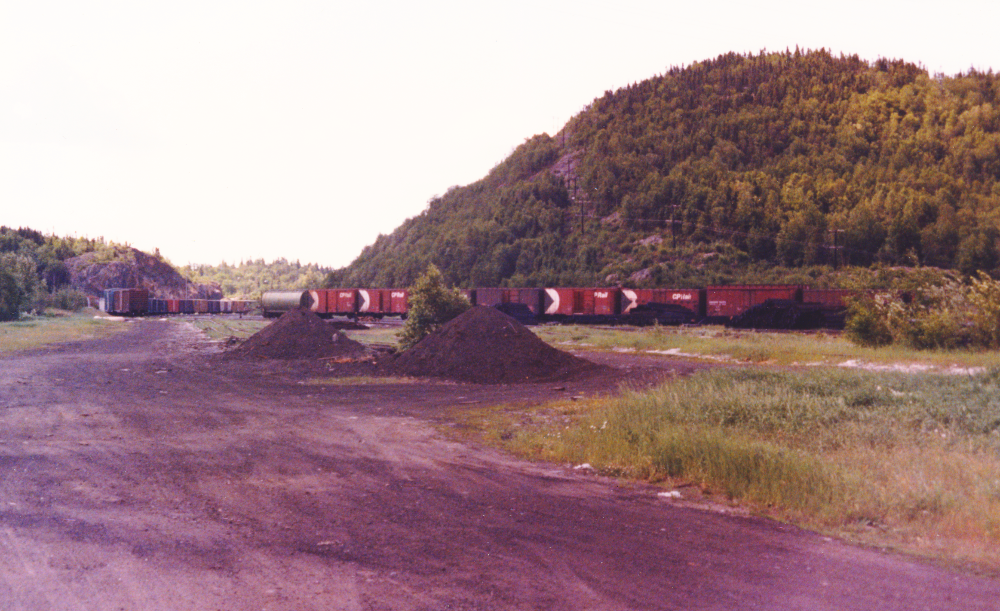 Here is a suspiciously-round spot. We are looking toward the east end of the yard. You can see how the original 1880s line had to be built in cooperation with the low hills of the Canadian Shield. The right of way was precious enough, that the 'telegraph line' came in over the hills. 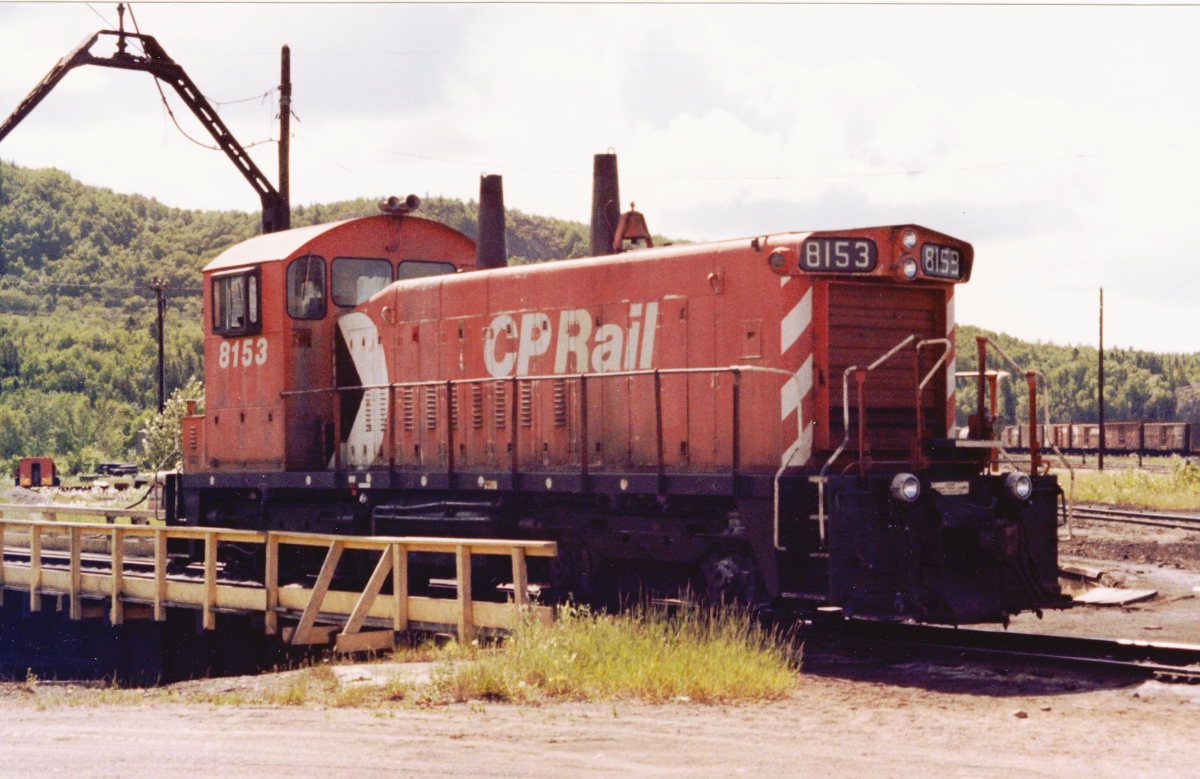 The yard switcher keeps the turntable in place for potential use by the next shift. 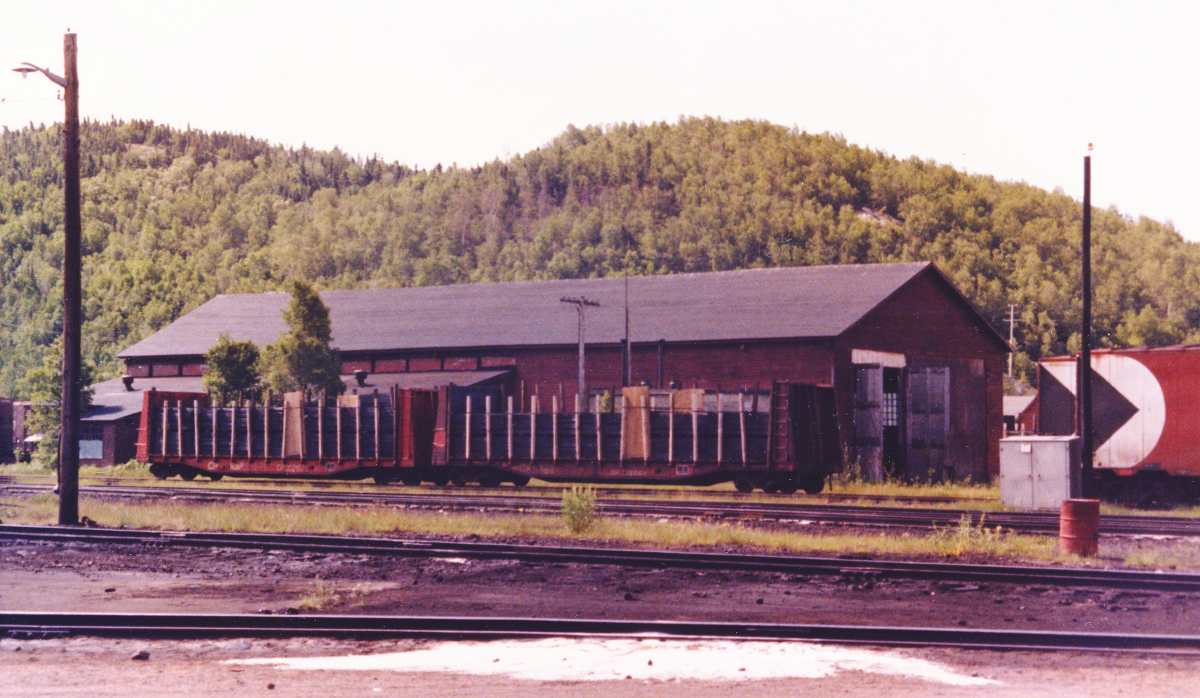 Tie cars stand in front of the car barn. I am guessing that the add-on section contained larger tools, equipment and offices. I remember seeing a carbody lifted off its trucks through the windows during the early months of 1977. When there was a derailment, the carmen would all leave town to attend to it - usually the Thunder Bay Auxiliary would be attendance as well.

Gulls, facing their nearby inland sea, would perch on the peak of the carbarn roof - to provide that white 'hi-liting'.

Power secured in the yard. 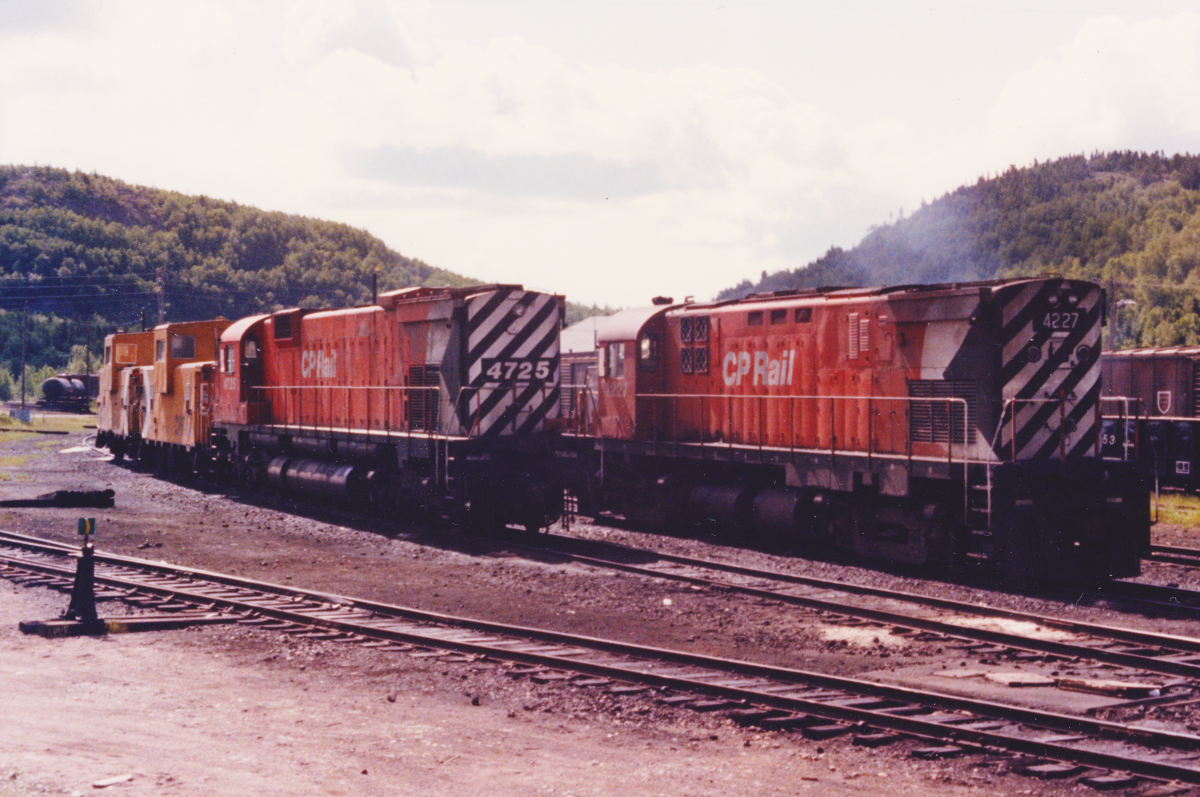 Power from the never-photographed end.

From the station platform we get a look at some Maintenance of Way equipment. As you can see, sand is used now and then to get trains moving. That concrete pad may have once supported a standpipe for topping up the tenders of through passenger trains ... or a steam connection to keep the Superintendent's business car warm on its stub track.

More tie cars and the carbarn from the station side. I think that is some kind of bridge truss in the distance. 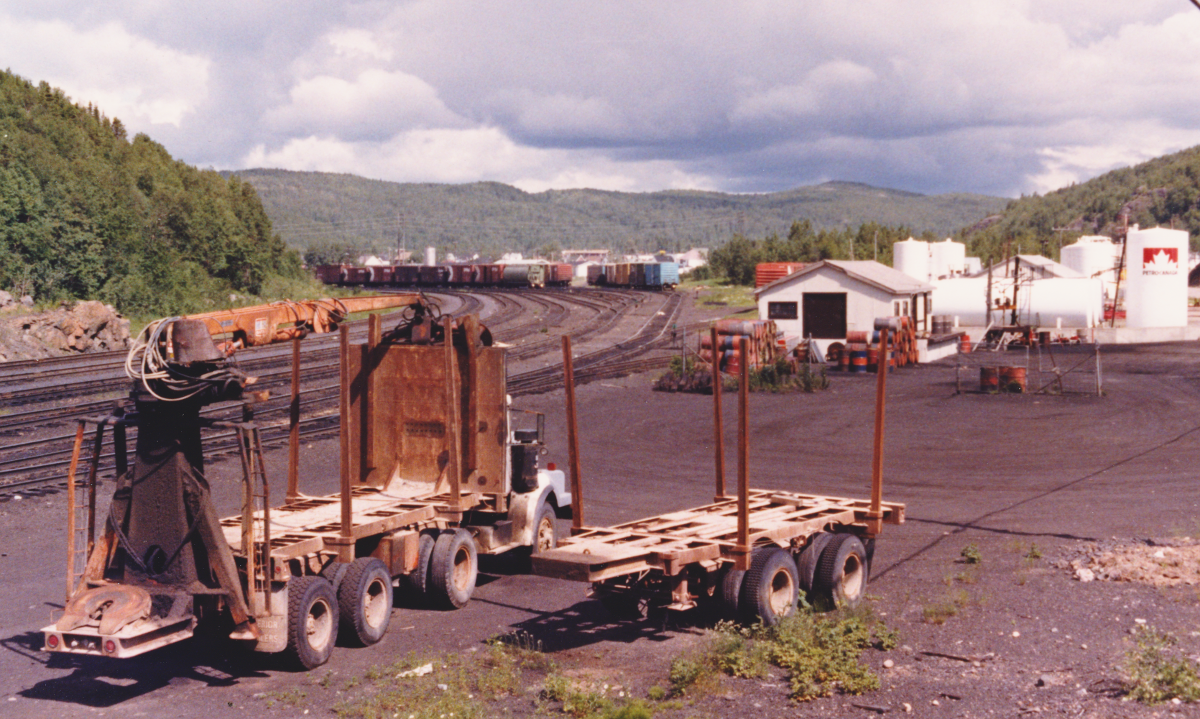 Here is the east end of the yard - sometimes photographed by corporate photographers.

Below is a passenger train timetable of the 'Greater Schreiber Area' from the grim, wartime winter of 1943.
Here are some of my guesses about the stops made on the Heron Bay Sub (White River to Schreiber) by Trains 1 and 2.