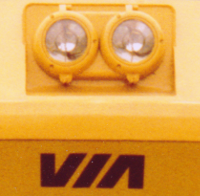 This post looks at a few images from about 35 years ago around Kingston. 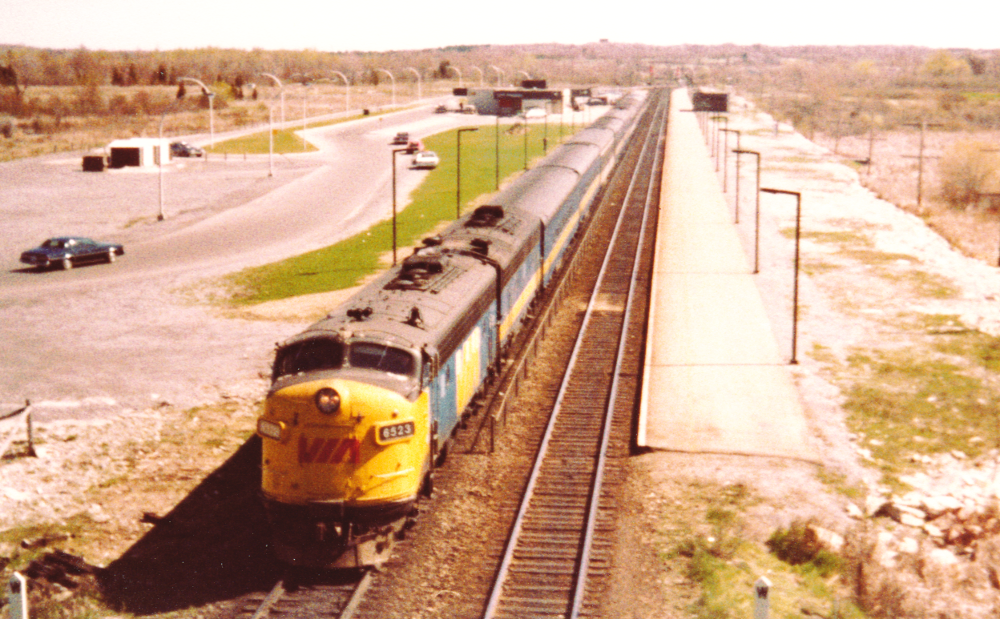 Using 110 film, here is a westbound passenger train around noon in May 1981.
'Welcome to Kingston'

The VIA station has classic hip-roof stylings added, and a blind turret.
Plus, leaves have been put on all the trees.
The 'telegraph' line continues to soldier on.
'Welcome to Kingston' 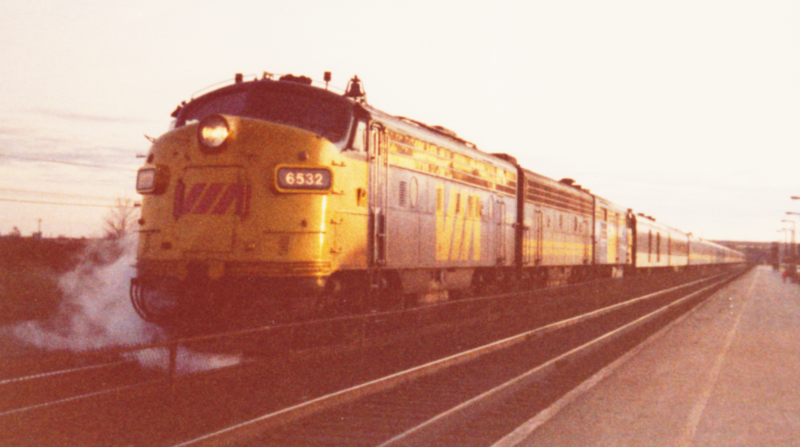 In the evening, an obviously steam-heated eastbound makes its station stop. 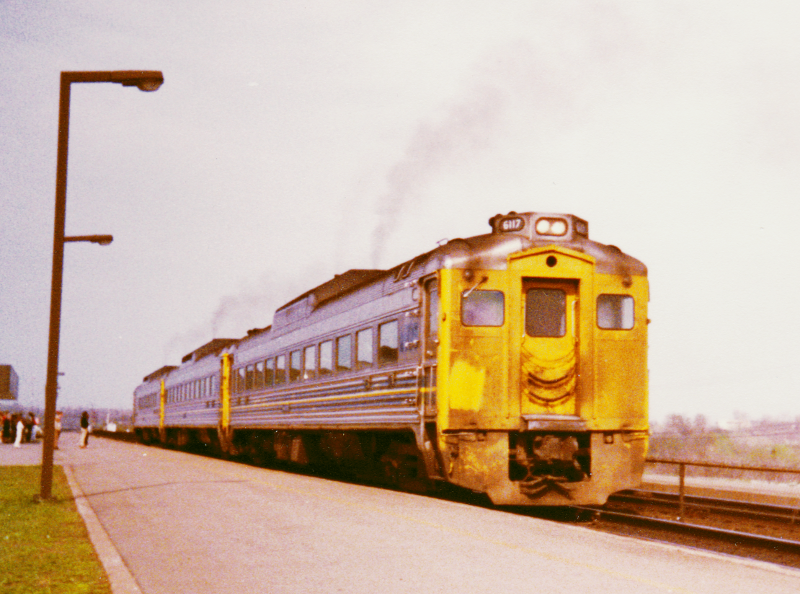 Six days a week, around 15hr, a rail diesel car set would arrive from Toronto, get a new clearance and return west.
Perhaps the Spadina 'wipers' were interrupted in their work.
This train was chopped before the following timetable was issued.

Below are elements of the VIA corridor timetable for 1982-83. 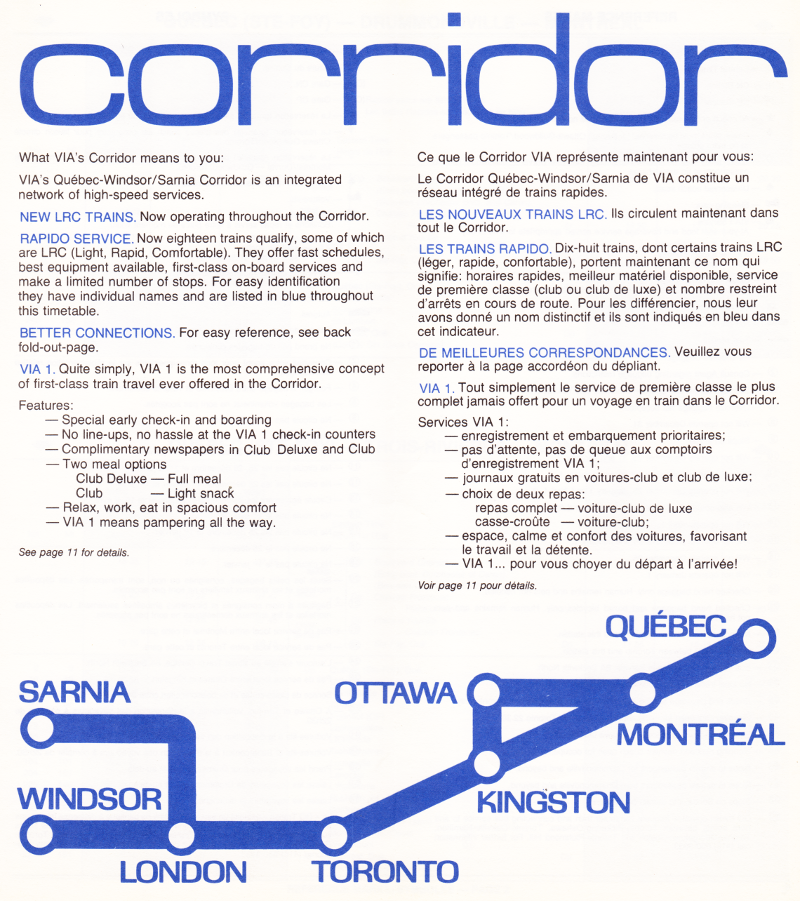 The reference marks follow the next two timetables for the Montreal-Toronto trains. 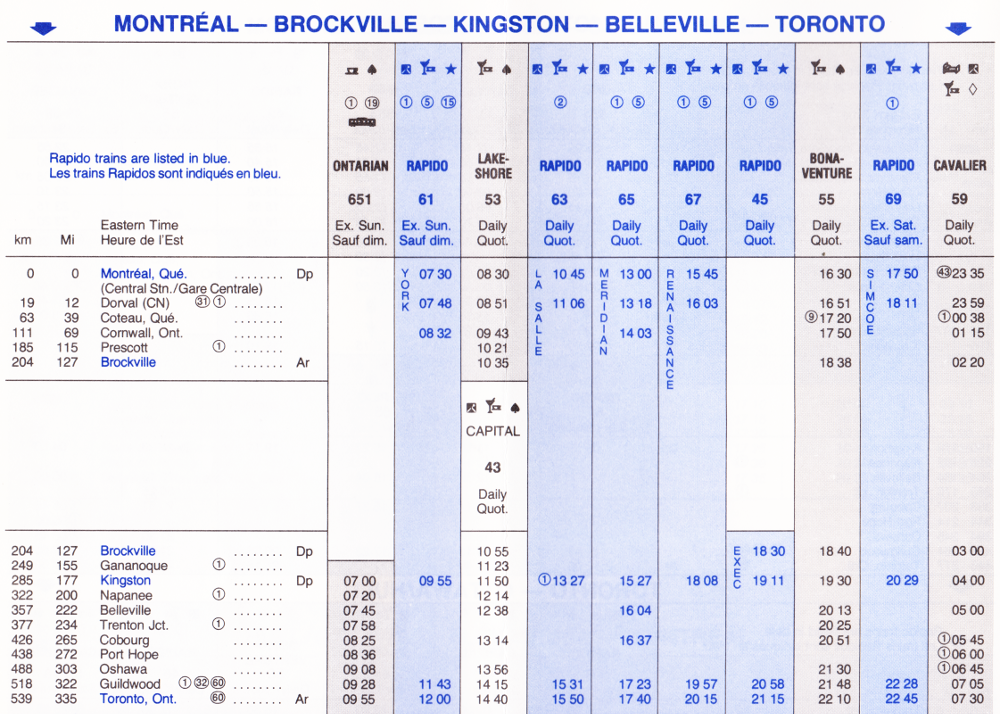 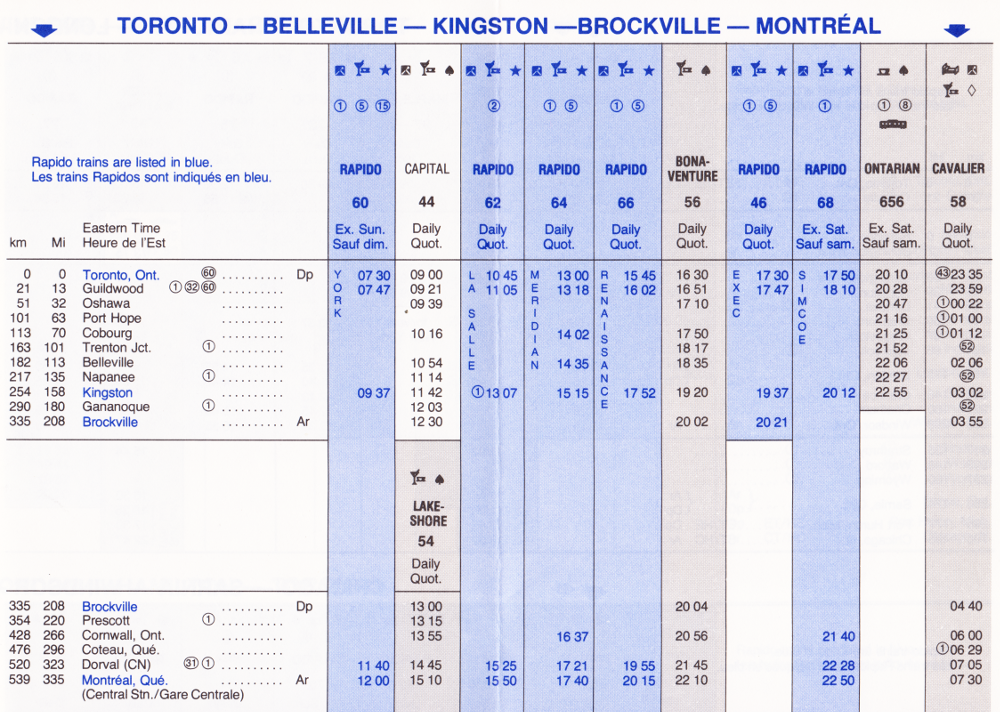 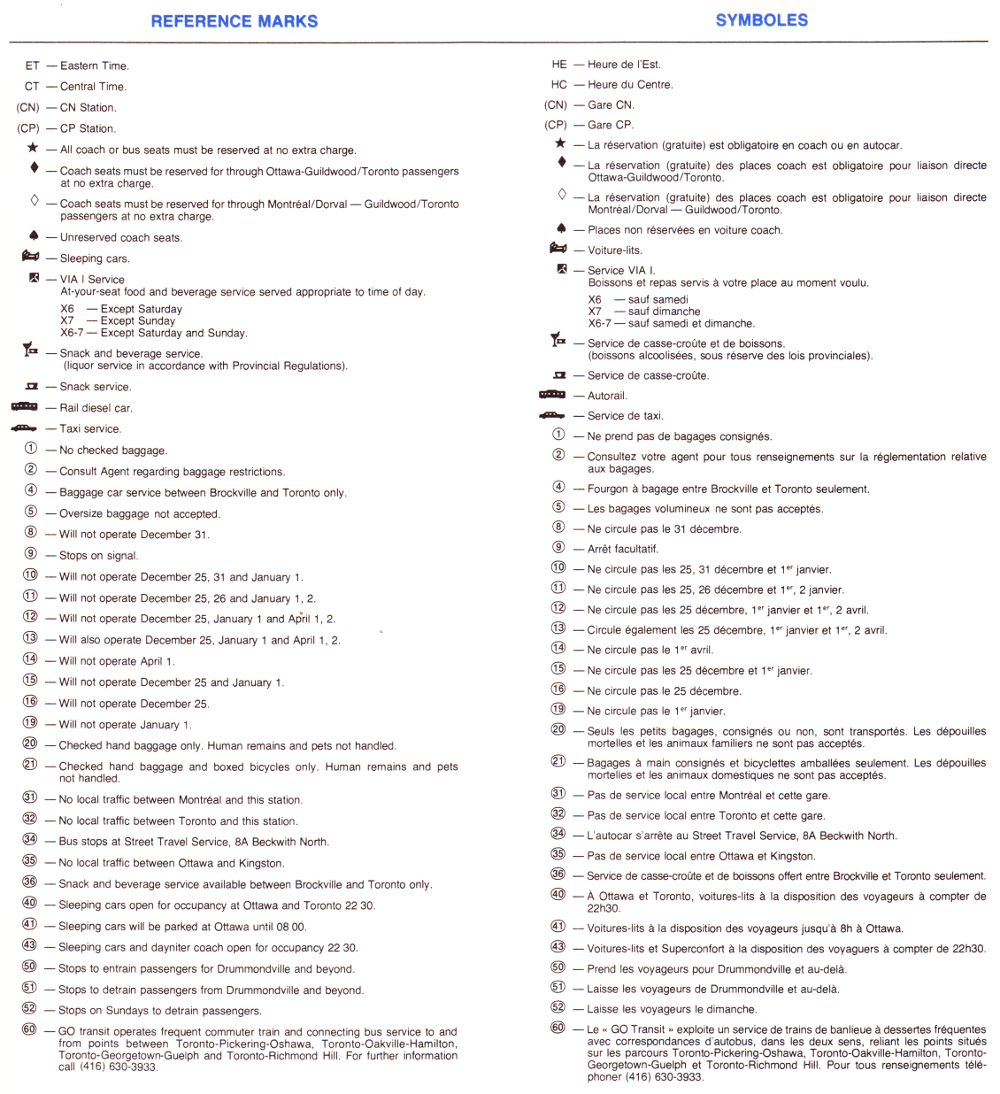 Now using 35mm film and a stock lens, we visit a set of new LRC equipment making introductory PR visits to cities in the VIA Corridor.
It was in Kingston on August 12,1981 according to Eric Gagnon. 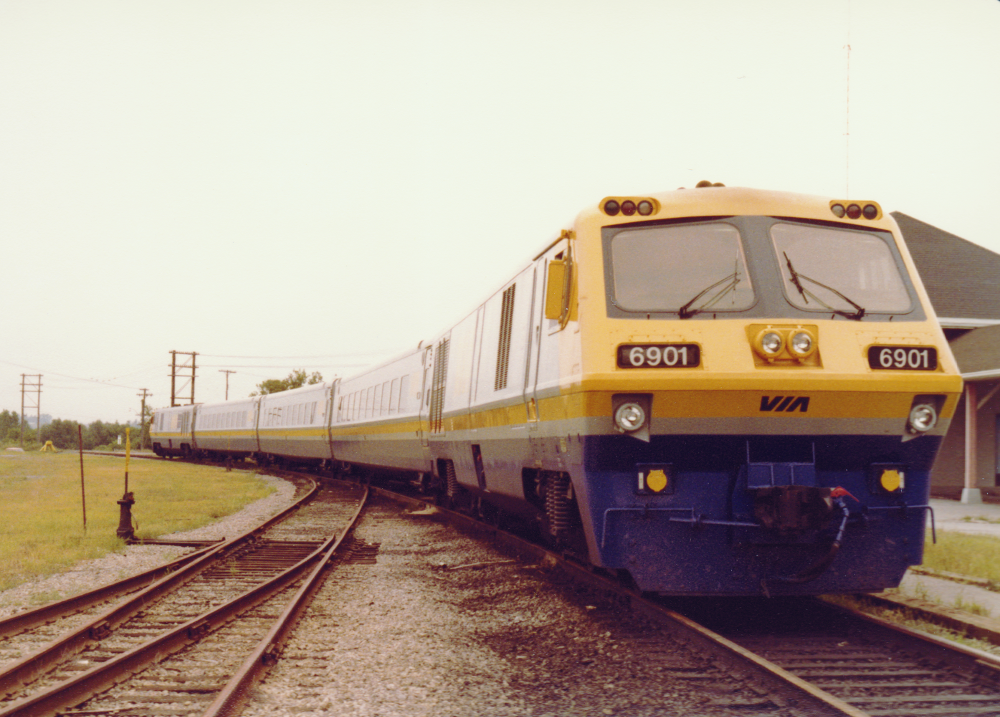 The LRC equipment was exhibited on the old Grand Trunk main line, at the original station (not shown) on Montreal Street - generally referred to as the 'outer station'. In its history, Kingston also had two downtown stub-end stations which (depending on your destination) provided good access to the CNR and CPR main lines before the advent of automobiles. With autos available, the rail service was judged more critically. 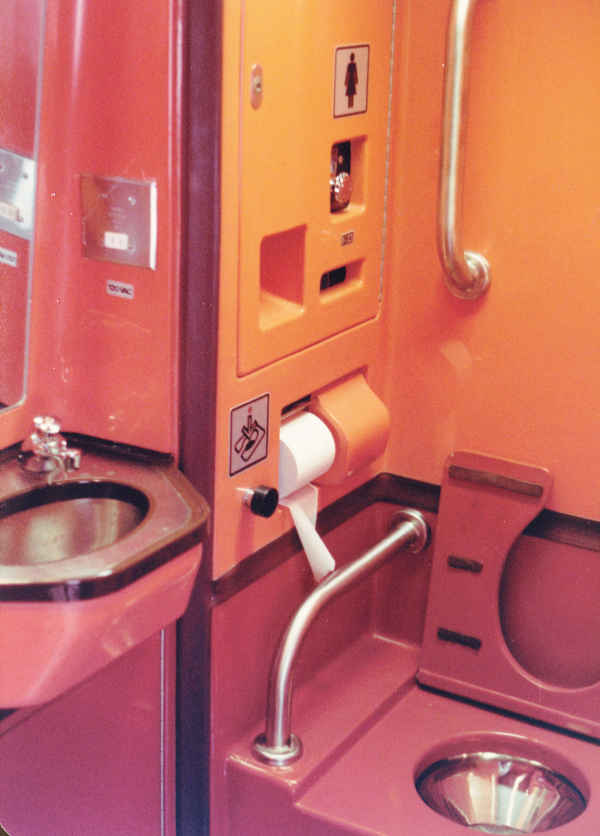 For exogenous reasons, I never had an enjoyable ride on the CNR Turbotrain. So if 'The Turbo' should be credited with the 'firsts' I claim are the LRC's please understand my lack of enthusiasm. Washroom photography is not a major sub-discipline in the broad field of railway history preservation ... unlike our endless 3/4 views of locomotives ... however, the LRC deserves mention as probably the first type of common Canadian passenger equipment to NOT discharge its toilets onto the track.

Canadians were coming out of the wilderness! ... although the 'guy standing while on a moving train' phenomenon was still a big problem - even with this fancy set-up and special grab iron for standees. 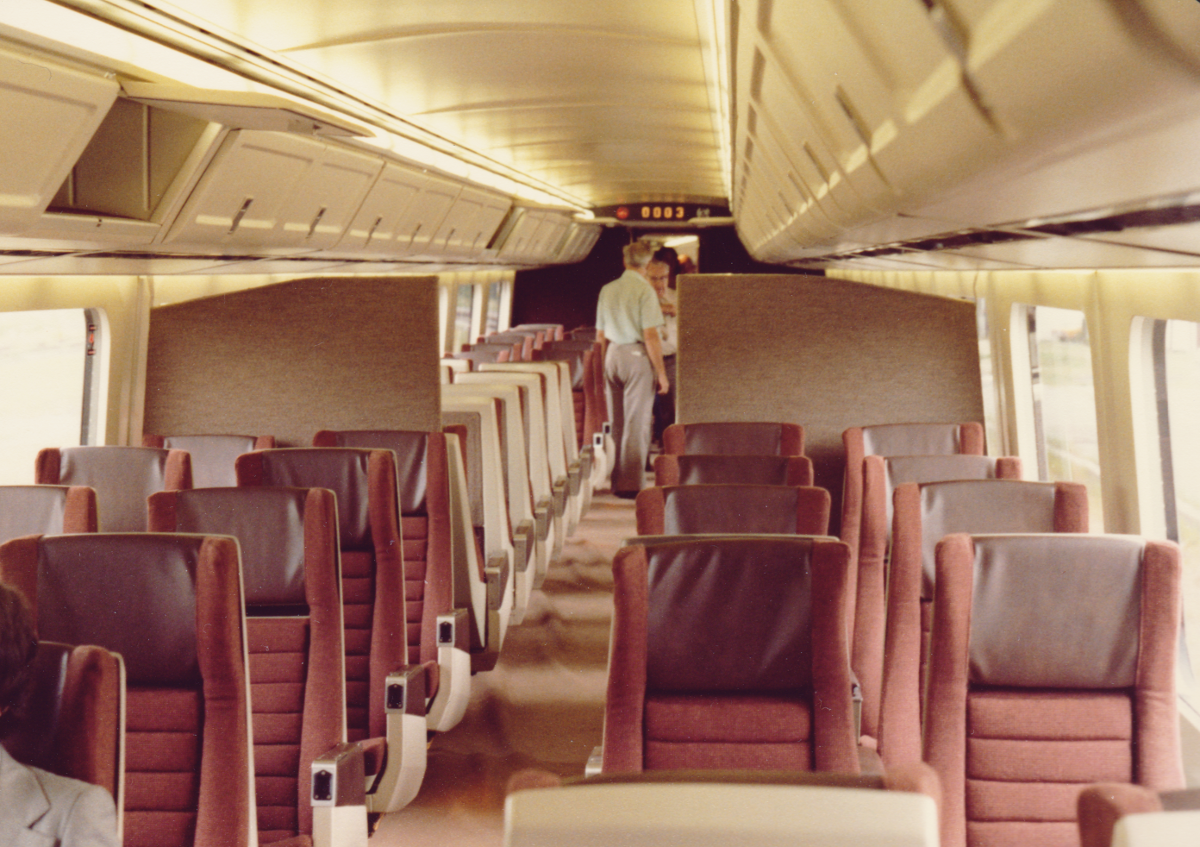 In the first iteration of the LRC, Bombardier engineers (or perhaps the VIA customer) seem to have tried a logical approach to avoid having to turn passenger cars after each trip - by evenly splitting the direction in which the seats face. However, they did so without anticipating the backlash. Those who do not know the past are condemned to relive it  ... eh, VIA of 2016? 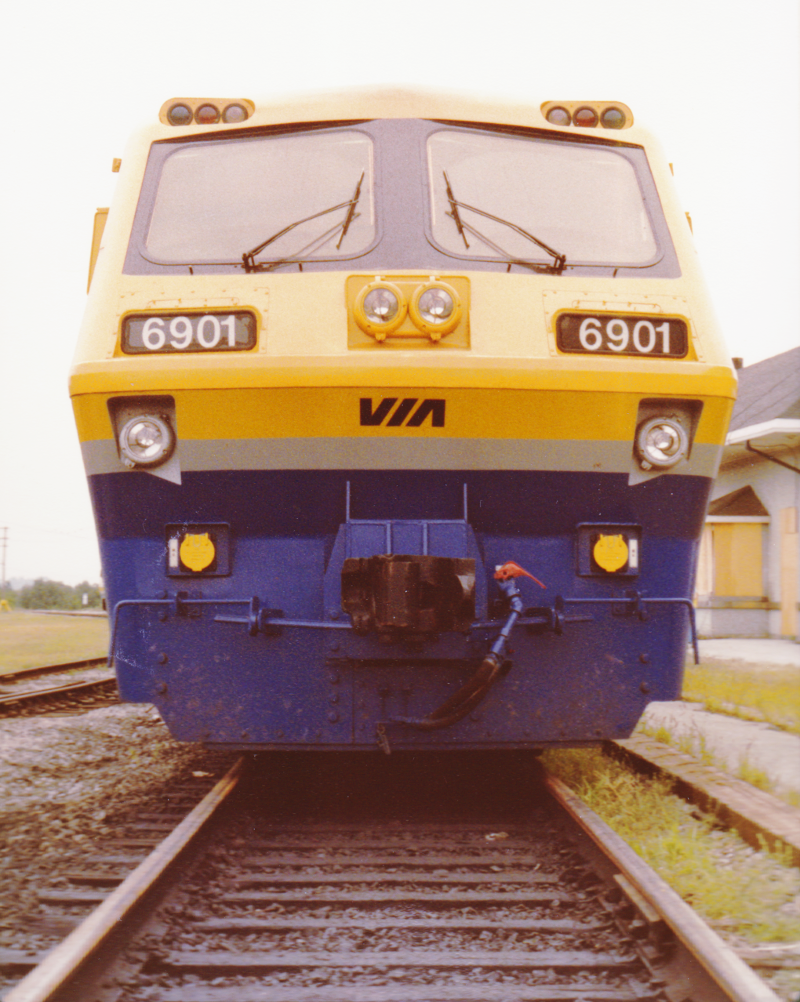 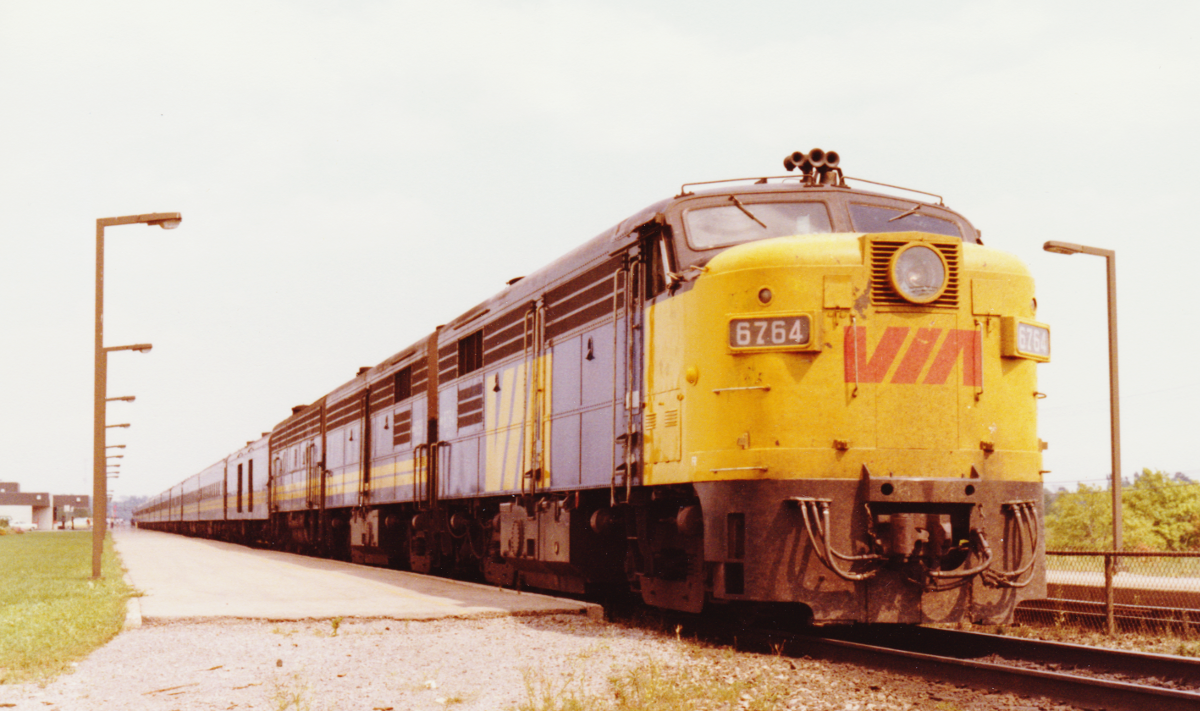 The final image of equipment shows models of motive power which were destined to have longer careers than the LRC locomotives.

Although any remaining traces on the land seem to have been erased by development ... it was there ...
At one point, traffic on Ontario Highway 401
(then a four-lane limited access highway - in 2016, eight lanes)
could be brought to halt by a railway switcher crew.