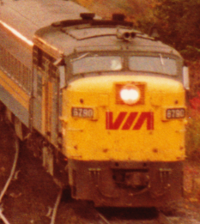 In 1984 we visited 'Bayview' - the former location of a CNR interlocking tower between Burlington and Hamilton, Ontario. Below, is an unusually nice map of the local railway lines. It comes from the back cover of a 1967 employee timetable.

North is at about '2 o clock' on this map. Toronto is off the map to the right - beyond the Oakville Sub label.

Our vantage point for these photos - taken in October 1984 - was a pedestrian overpass to the vast botanical gardens located in Burlington. If you follow Road 2 (above) on the map where it crosses the railway just east of Bayview ... you will see the overpass of that same road in the next photo. 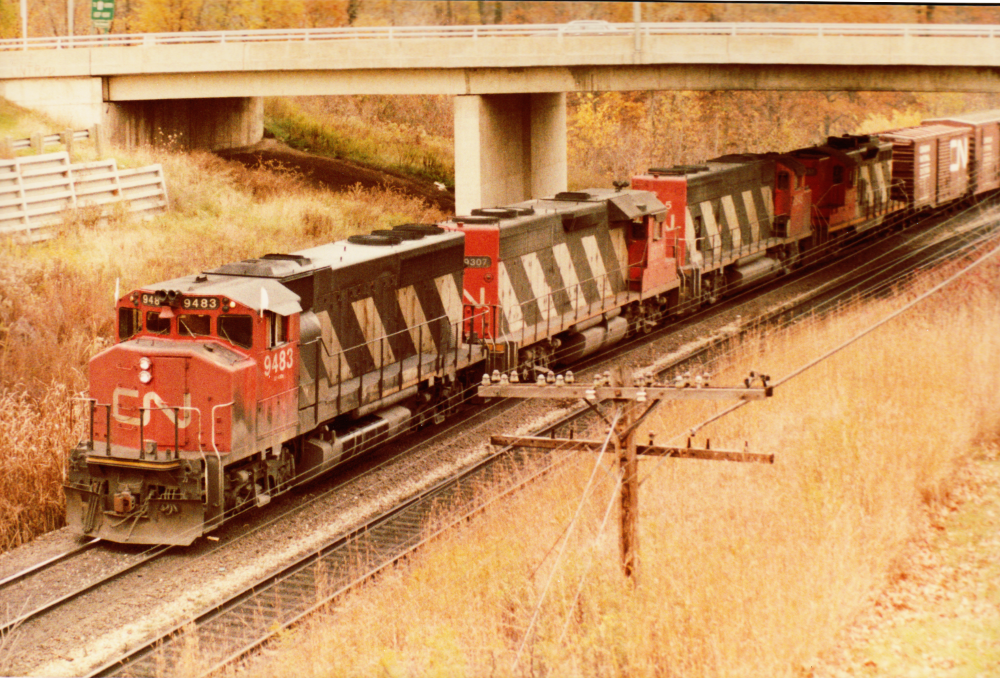 A westbound freight stops at the signal at Bayview - that's signal 367N below. Here's the traffic the freight is facing. The Bayview interlocking tower would have been located just beyond the silver instrument case at the left of the photo. Interlocking rods once connected the tower to the switches and signals the tower controlled.

Ahead, is the Oakville Subdivision toward Hamilton. Hamilton is around the bay to the left. The four distant red signals govern Hamilton Junction. Branching off to the right is the Dundas Subdivision which leads to London. 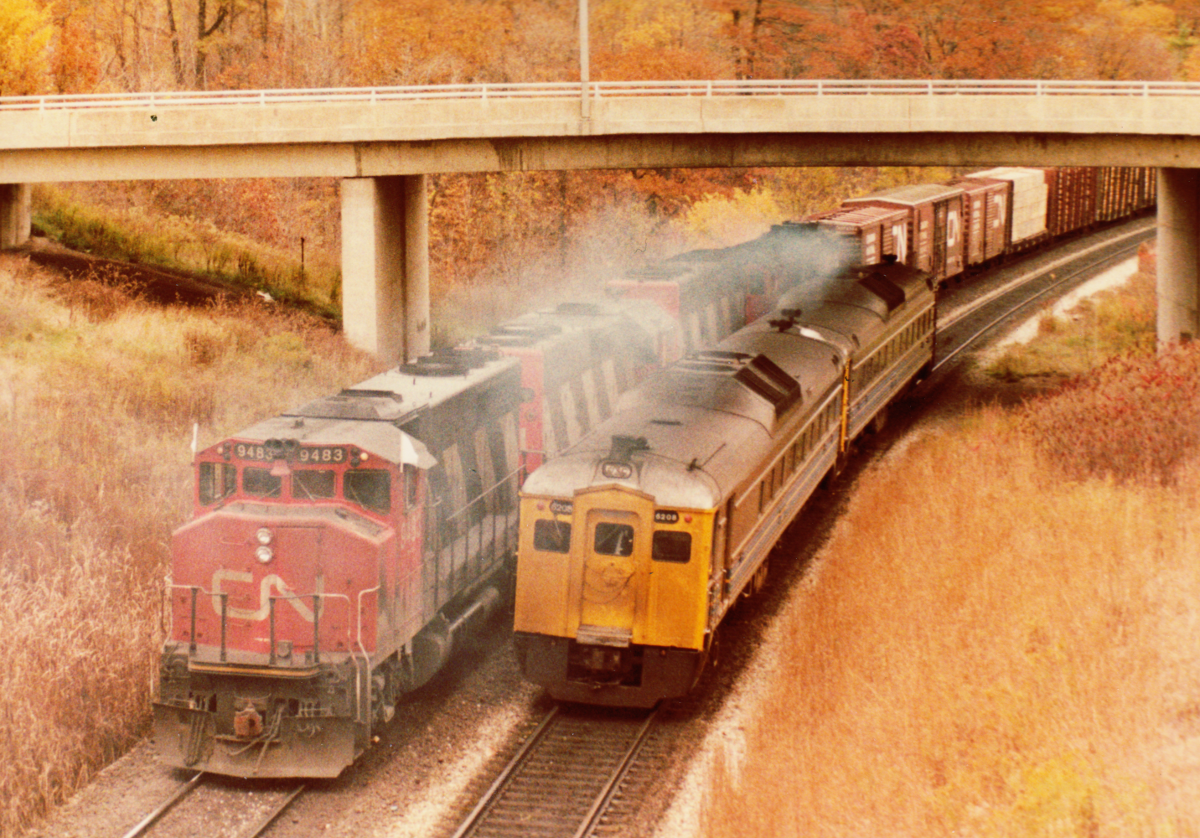 The rail diesel car which was shown coming from the direction of Hamilton smokes by. 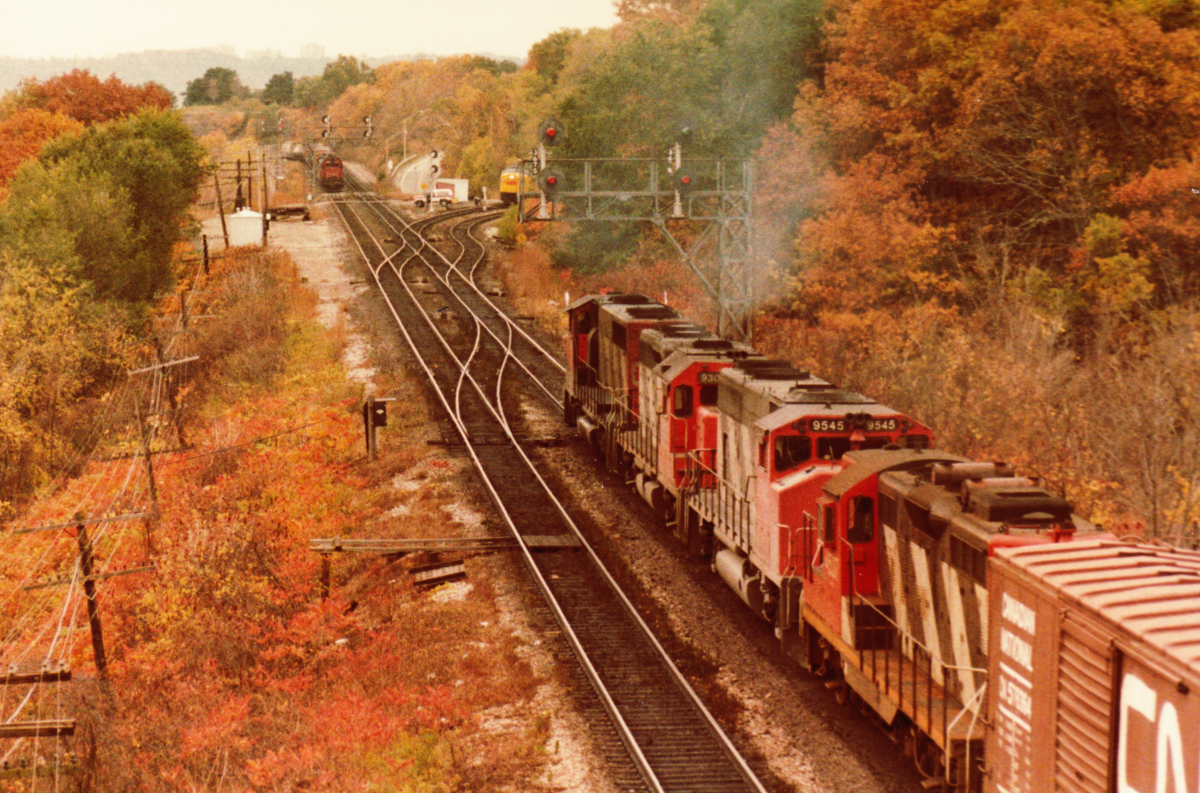 The westbound freight takes his clear signal and heads for Hamilton. 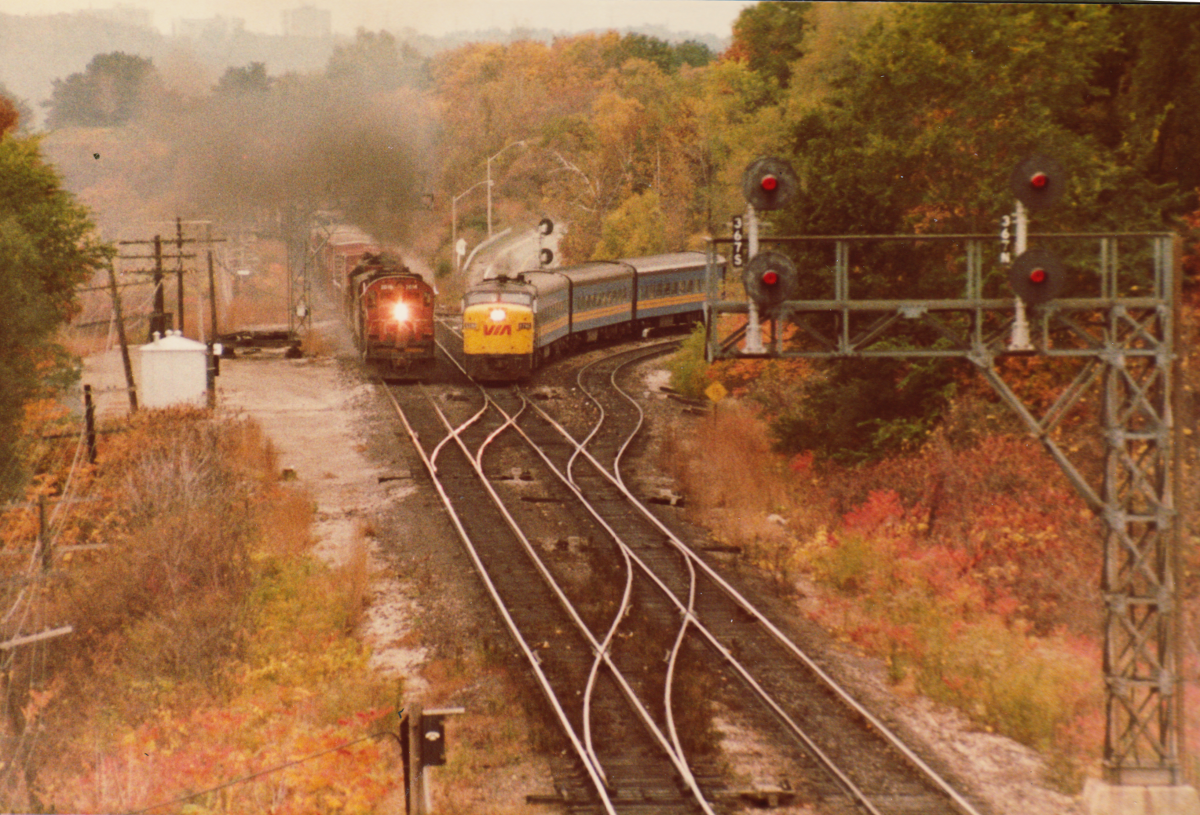 A freight from Hamilton and a passenger train from London continue east toward Toronto. ... no I did not get a separate photo of the 'B' unit in the freight consist.
Back then, taking even this many photos on film of these trains seemed extravagant.

Below are two sections from employee timetables which show the features of the local track as it existed in the late 1960s. That map repeats below for your convenience. 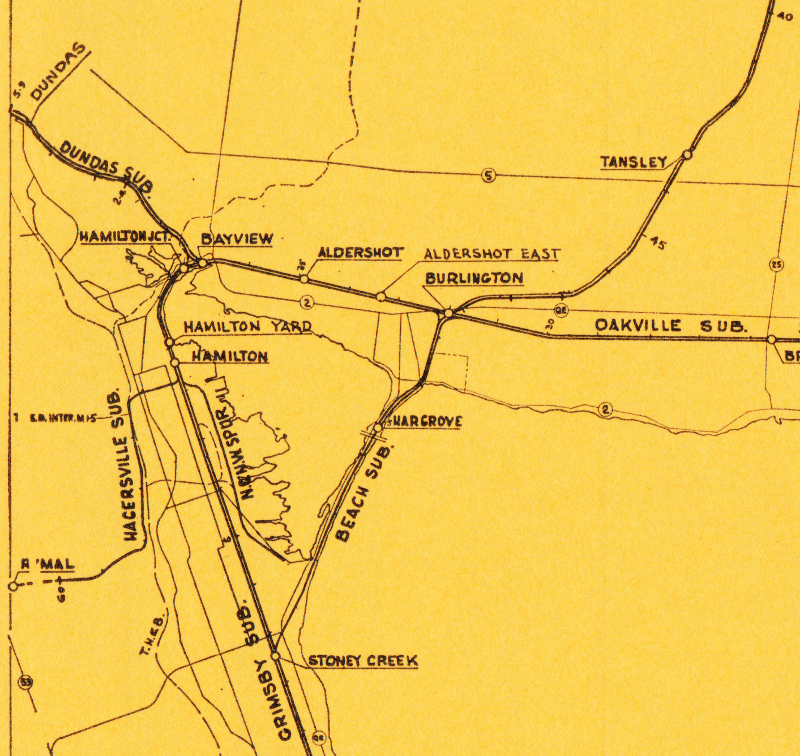 The asterisks above link to additional detail about 'register points' for various trains.

The other symbols on both timetables are defined in the 1962 rulebook:


In 1915, here is what the railway ecosystem looked like in the area.