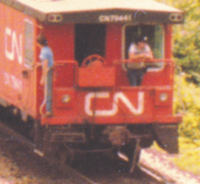 A hot, hazy, humid July day combined the summer smell of warm brakes and creosote with a variety of sightings. 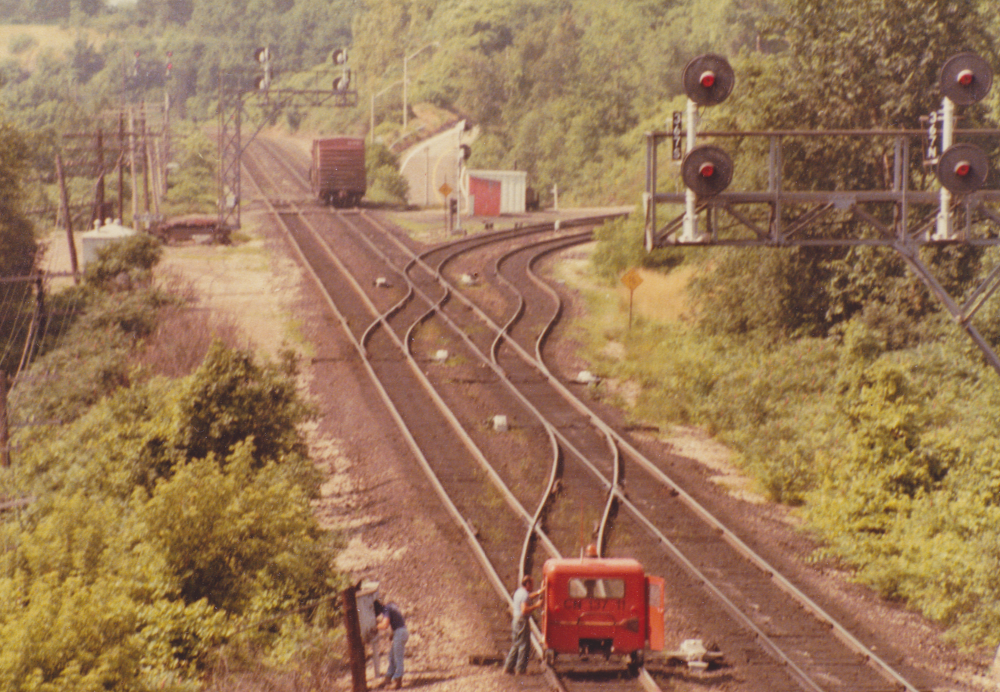 First, a jiggled image foretelling that the road will be quiet ... so we might consider coming back later.
In the foreground, a patrol foreman is probably on the phone for a permit.
A switcher move with a single boxcar is rolling to a stop signal at Hamilton Jct. 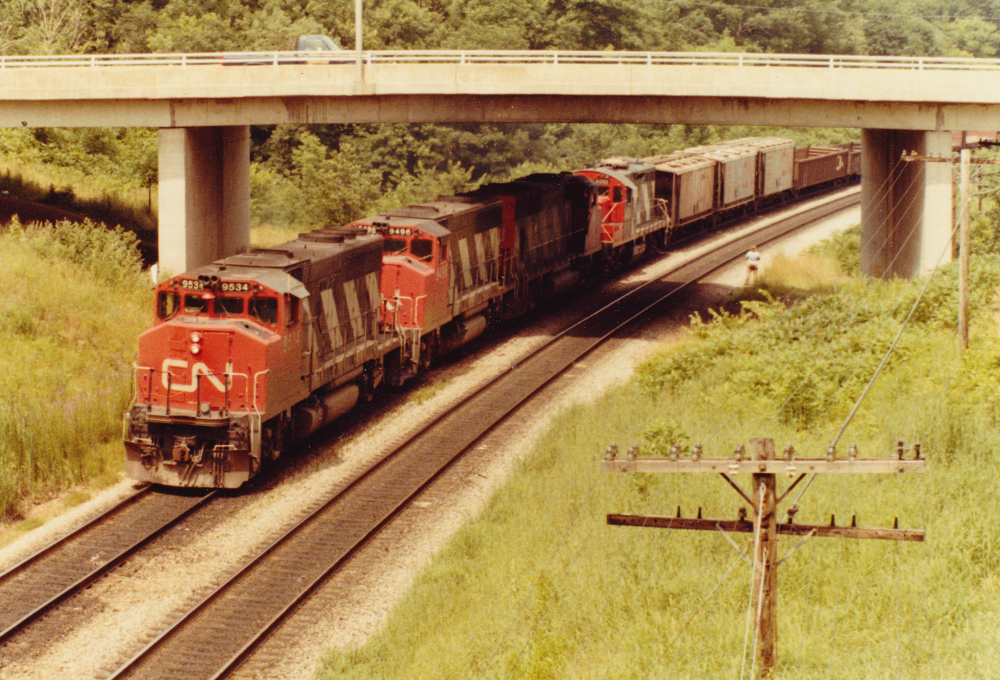 Later, we return and find an extra west.
I believe that's a more daring photographer getting a ground-level view on the 'eight foot'. 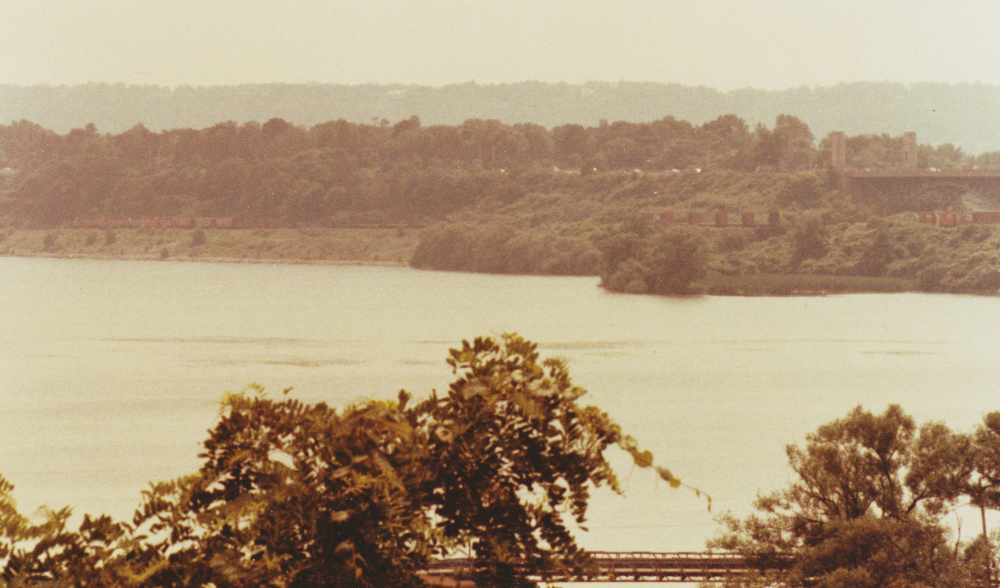 Through the haze, the freight can be seen approaching Hamilton Yard around the bay.
Notice the position of those CP boxcars at the overpass - for later. 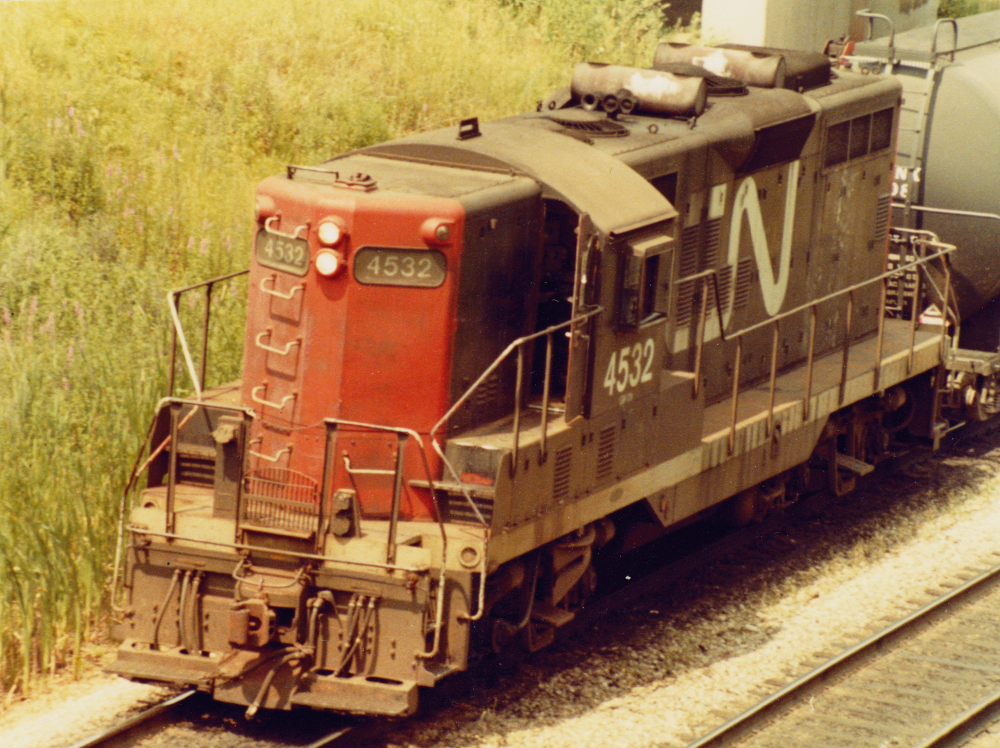 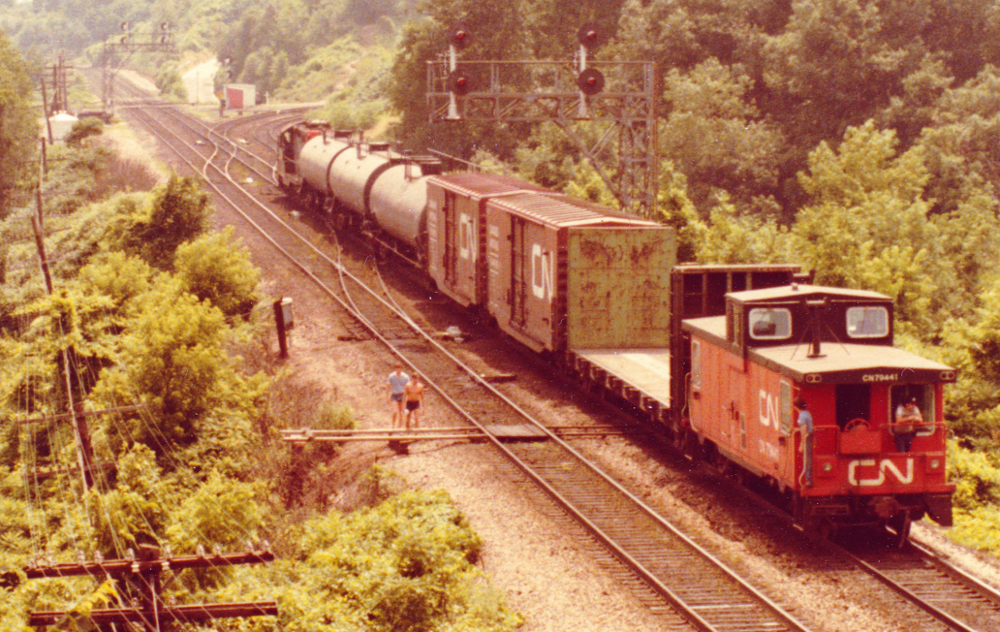 When the hot weather arrives people risk their lives.
A brief safety seminar is upcoming from the passing caboose.


Here is a map of the area - north is skewed clockwise a bit.
The photographs in this post are from a pedestrian overpass just east of Bayview.
For later reference: notice the CPR and TH&B railways, represented as dashed lines.


This map shows the 'railway territories' circa 1915. 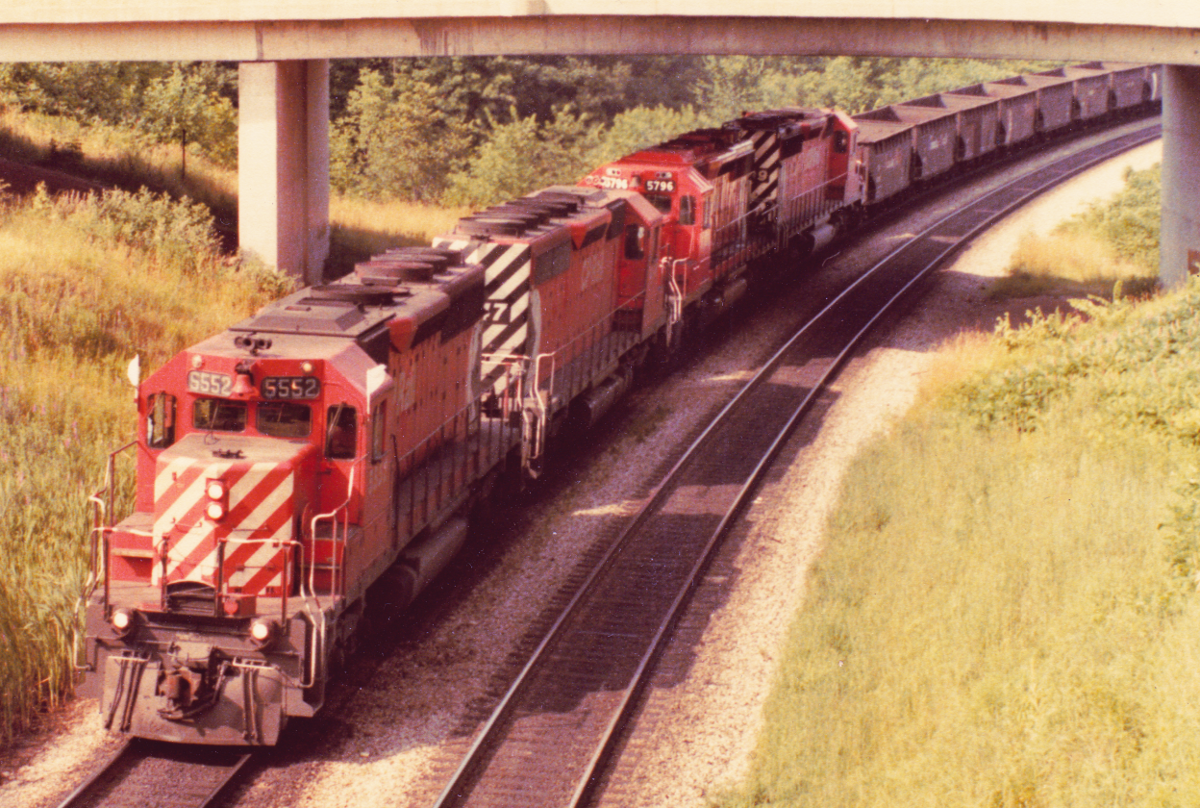 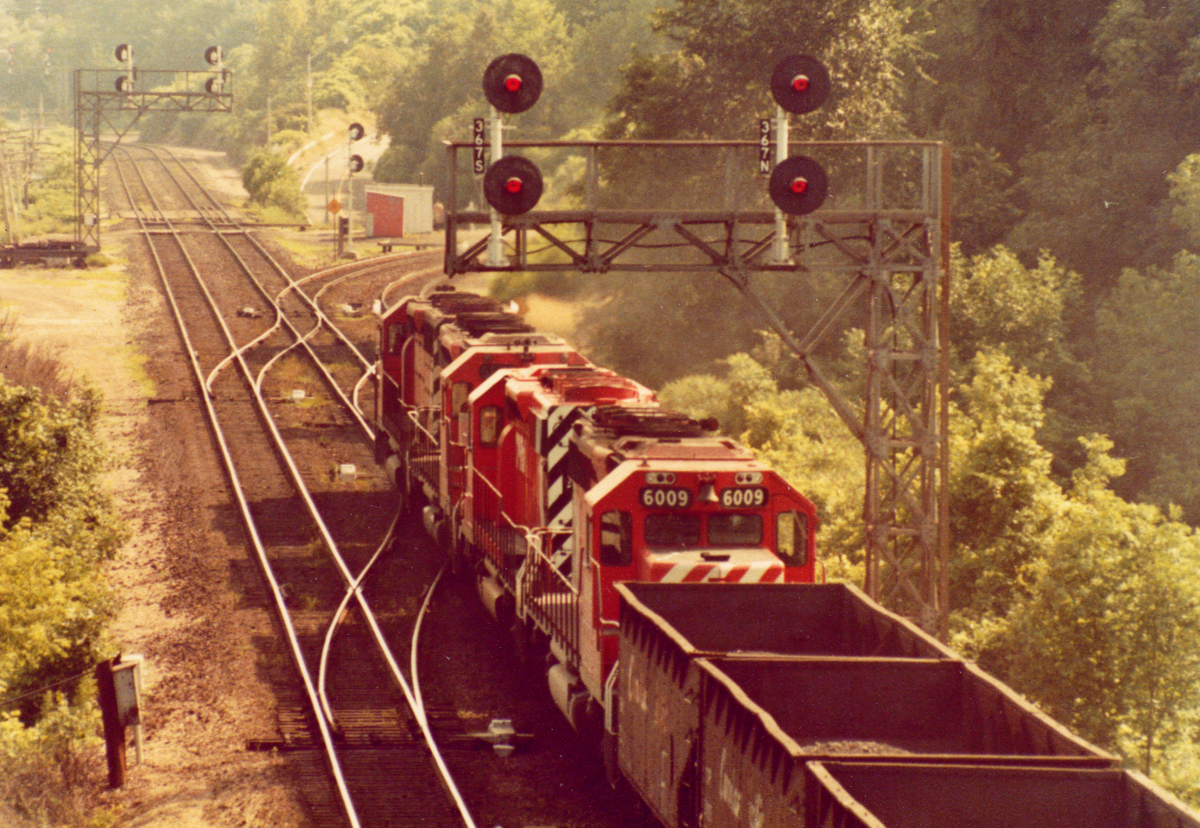 This light freight might be engaged in power and van hopping to the west ... 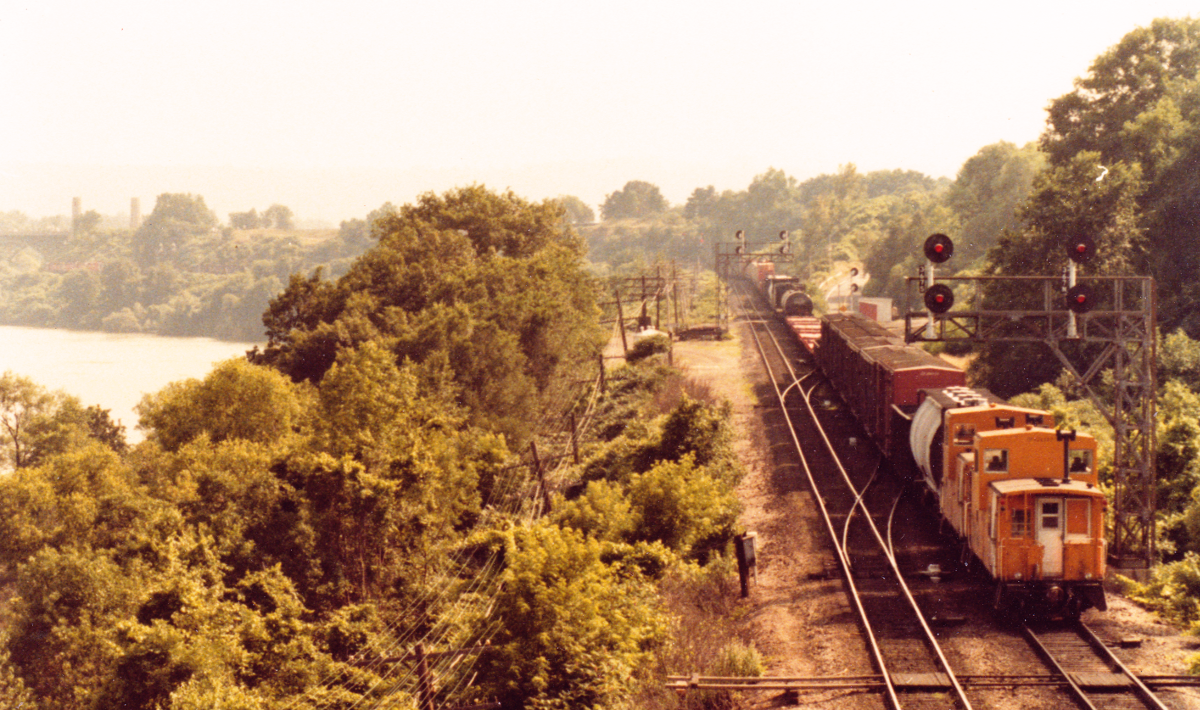 You can see the power turning under the arched bridge at the left edge of the photo.
The train is probably heading for Toronto Hamilton & Buffalo rails and then probably south-east toward Buffalo


From a 1973 employee timetable, I think you can see the cutoff track leading to the TH&B line north of 'Hamilton'.

Back in 1973, portable radios were probably not issued to all employees who might be involved with performing either terminal pull-by or running inspections.