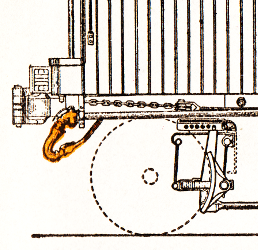 The Railroad Safety Appliance Act of 1893 was passed by the US Congress to provide a uniform national safety standard for US railroads. This law came into effect in a significant way in 1900 ... but various provisions came into force in the period from ... 1894 (drawbar height) ... to 1910 (85% of a train's car brakes must be controlled by the engineer).

To a limited extent, a patchwork of state standards had arisen for important railroad safety devices such as brakes, couplers, and car grab irons used by train crews during switching. Railroad occupational safety had been a source of concern since at least the early 1870s.

The national standard applied to railroads engaged in interstate commerce and, as one might expect, it was the Interstate Commerce Commission which was empowered to enforce the law and further regulate the industry.

The Brotherhood of Locomotive Engineers could be considered to be a trade union as well as a professional association. Deep in my archives lurks one of their periodicals from December 1905 and it offers suggestions on preventing runaways through the competent use of air brakes.

While we might expect that a railroad company would train and instruct its own employees on the proper use of the air brake system, this was a new and evolving technology. The people obtaining significant operational experience with it were the locomotive engineers themselves. During this era of rapid industry growth, very little in the field of railroad technology was staying constant for long.

On the inside front cover of this 'union magazine' is a full-page Westinghouse advertisement. The author of the article, Robert Henry Blackall, was an  Air Brake Association President in 1899. He wrote a catechism on air brakes and was an official of the Delaware and Hudson Railway. 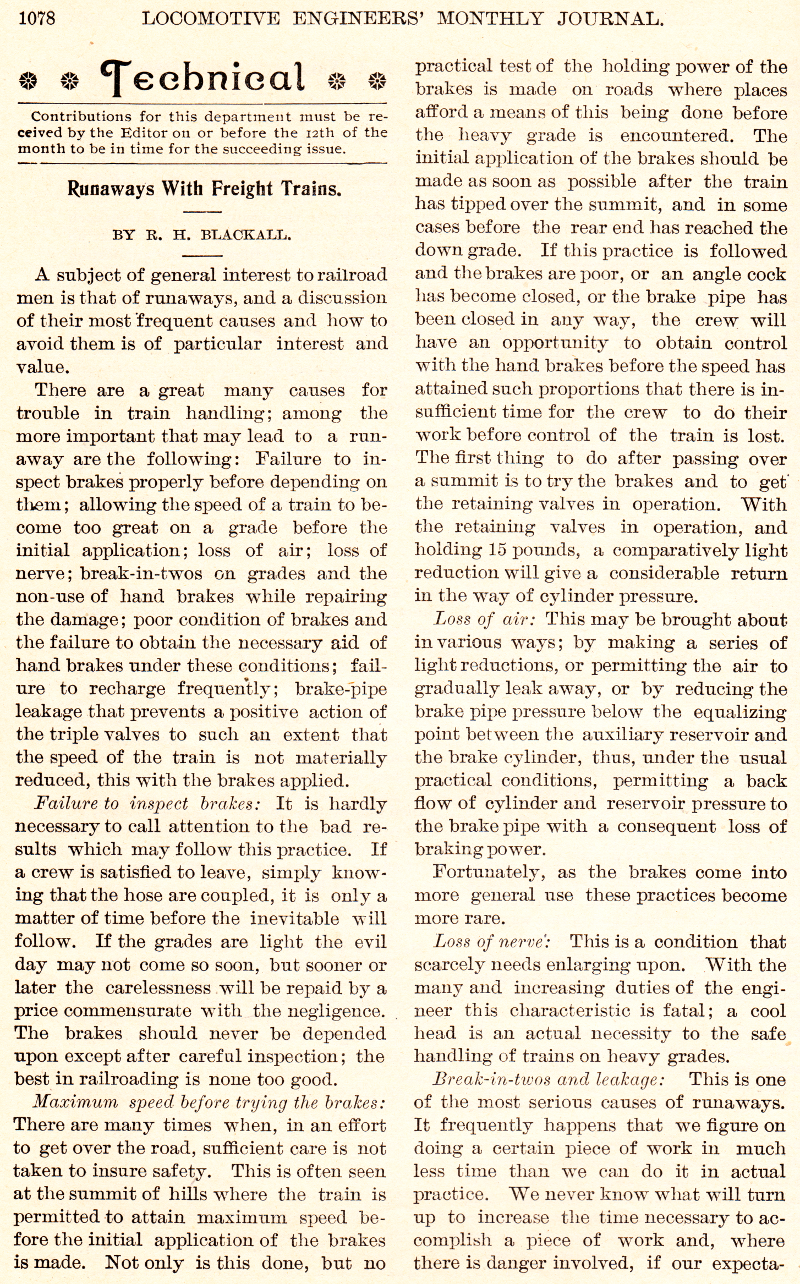 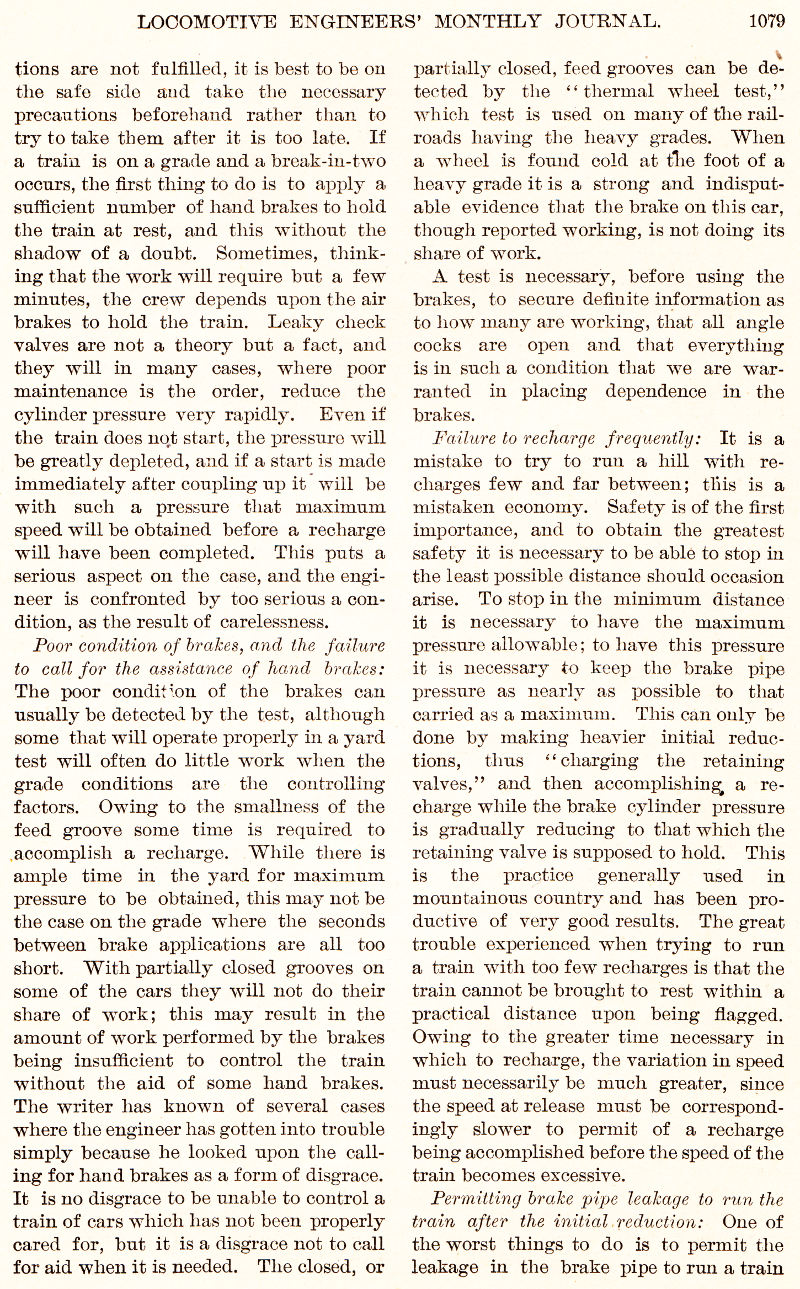 An interesting detail in the drawing below is the location of the retainer valve at the roof level. As the brakemen were employed to travel along the car roof walks of the cars to turn the MANUAL brake wheels when called for, it made sense to locate this AUTOMATIC AIR brake system adjustment on their 'usual route'.

Note: Trains run on incredibly low-friction self-steering guideways. A vehicle on rails stopping ... can feel like a car stopping on glare ice. If you can't control a car's speed at the top of an icy hill ... you won't be in control at the bottom - the same is true for trains.

Train air brake system recharging (necessary after a brake application) could be a slow process which depended on a relatively weak air compressor(s) on the steam locomotive increasing whatever pressure was left in its main air reservoir - from this reservoir, through the engineer's complicated brake valve, flowed the original potential energy for the brake system.

... Where significant grades were to be descended, brakemen would 'turn up' the aptly named retainer valves to slow the release of air from the individual car brake cylinders ... thus keeping the car brake shoes in contact with the turning wheels longer than was normally desirable.

Why? A necessary quirk of the 'automatic air brake' is that the system on each car is charged (or 'powered' or 'armed' - to be more descriptive) by increasing train brake pipe pressure ... counter-intuitively, this also releases the brakes on each car. For the engineer running downhill (working with the air brake valve): adjusting how hard the train's brakes were set a few times during the descent of long hill was often desirable for better train control and to be prepared for emergency stops.

... In the modern era, retainer valves are usually located under the car body and they are accessible at track level only when a train is stopped. Because of advances in technology, there are only a few locations where their use is required today.


... it was very thoughtful and sweet of them to provide a hanger/plug for the otherwise exposed gladhand.