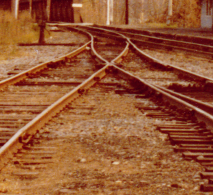 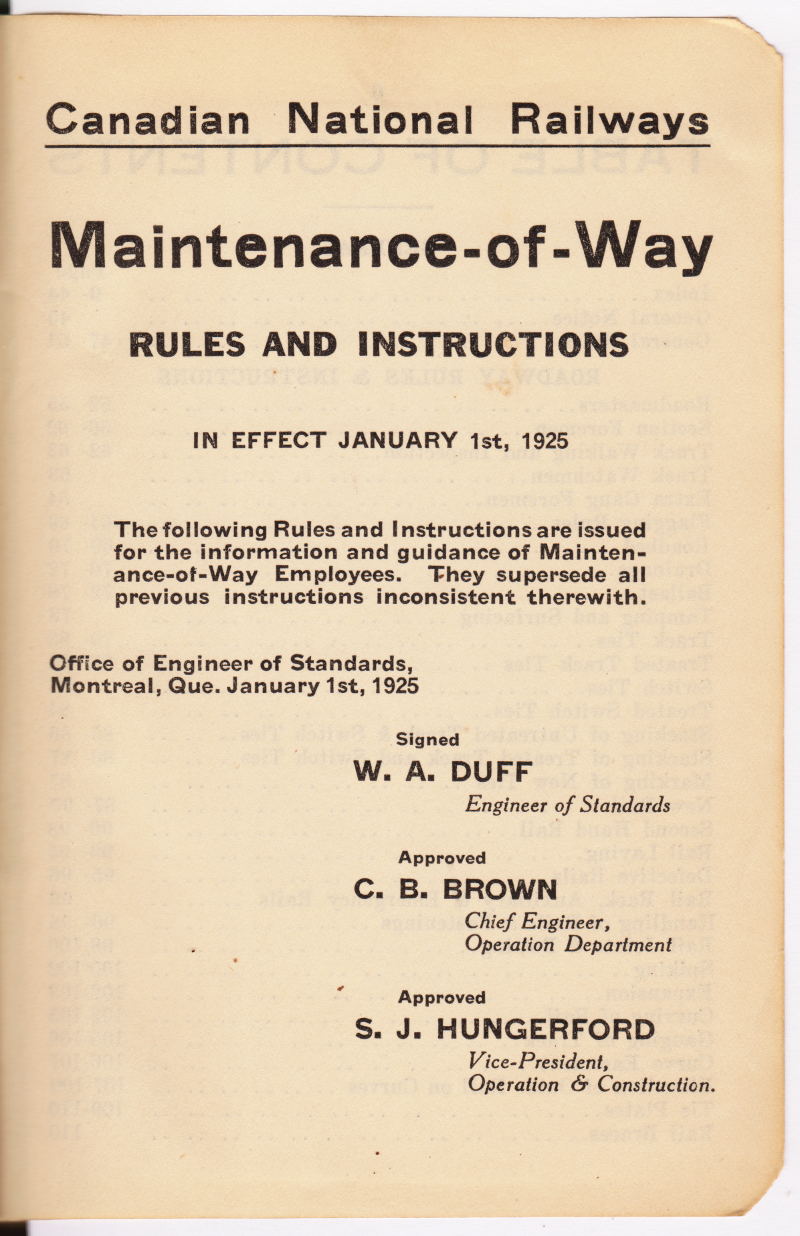 With the newly-created Canadian National Railways setting up shop in the former Grand Trunk Railway headquarters building in Montreal, this 230 page publication was probably one of the first rulebooks issued in the necessary work to standardize operations and procedures among the various railways forming this new national railway. Above, a sample CNR switch plan from this rulebook.
Below, a more modern diagram with a little more structure detail.

Rule 307 refers to devices which are named as 'foot guards' above. 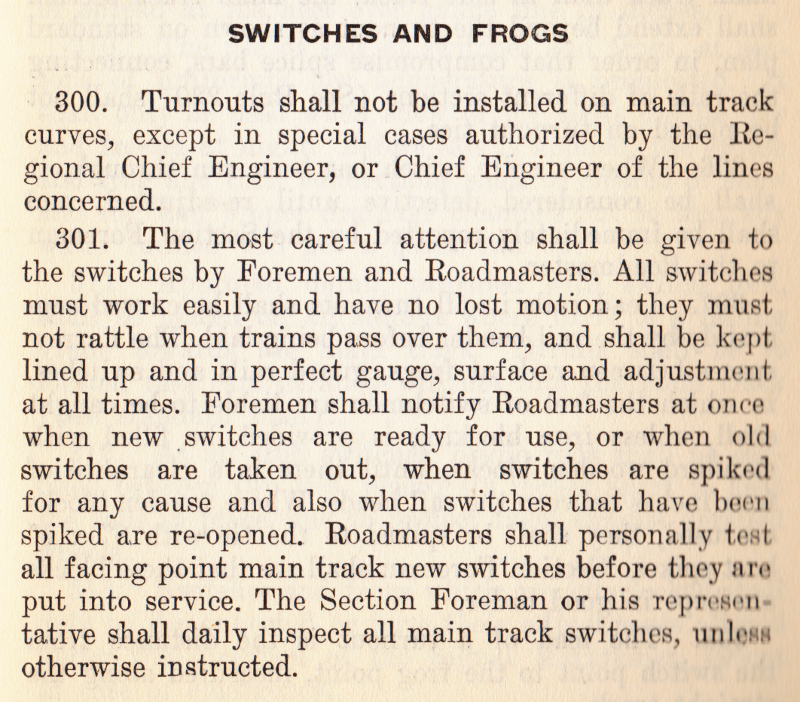 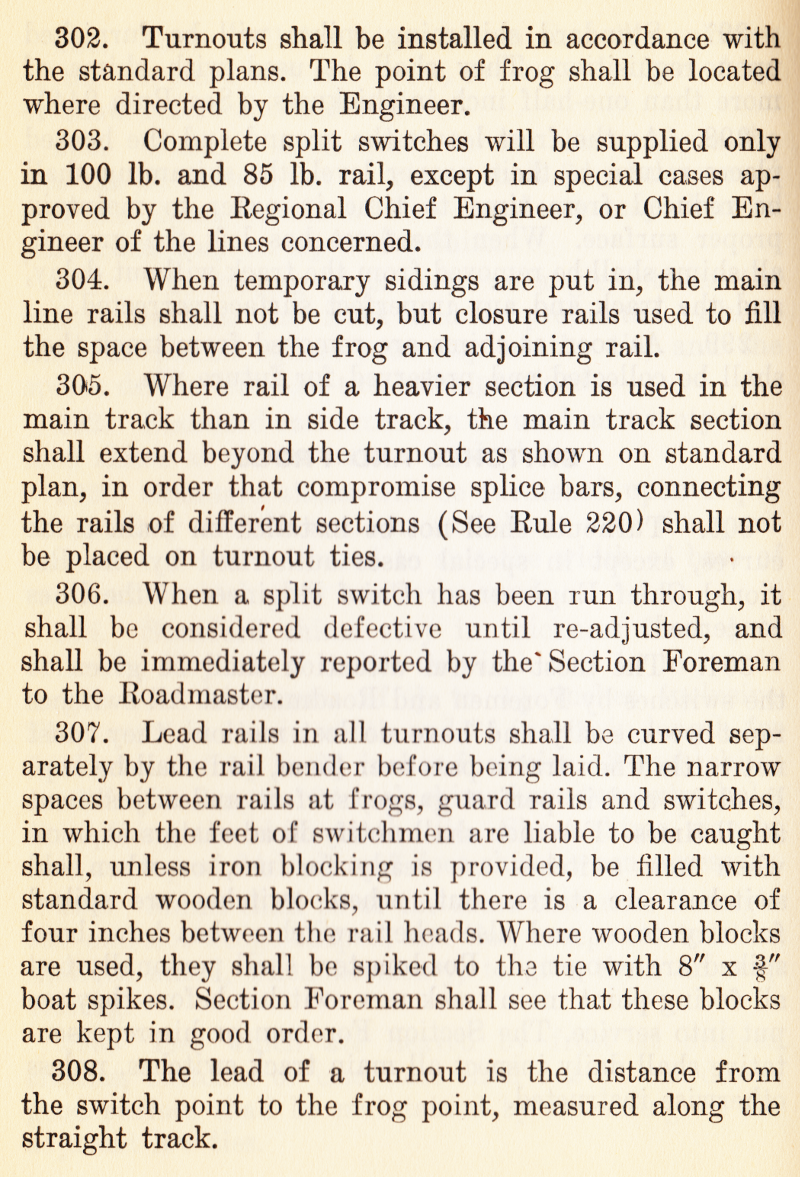 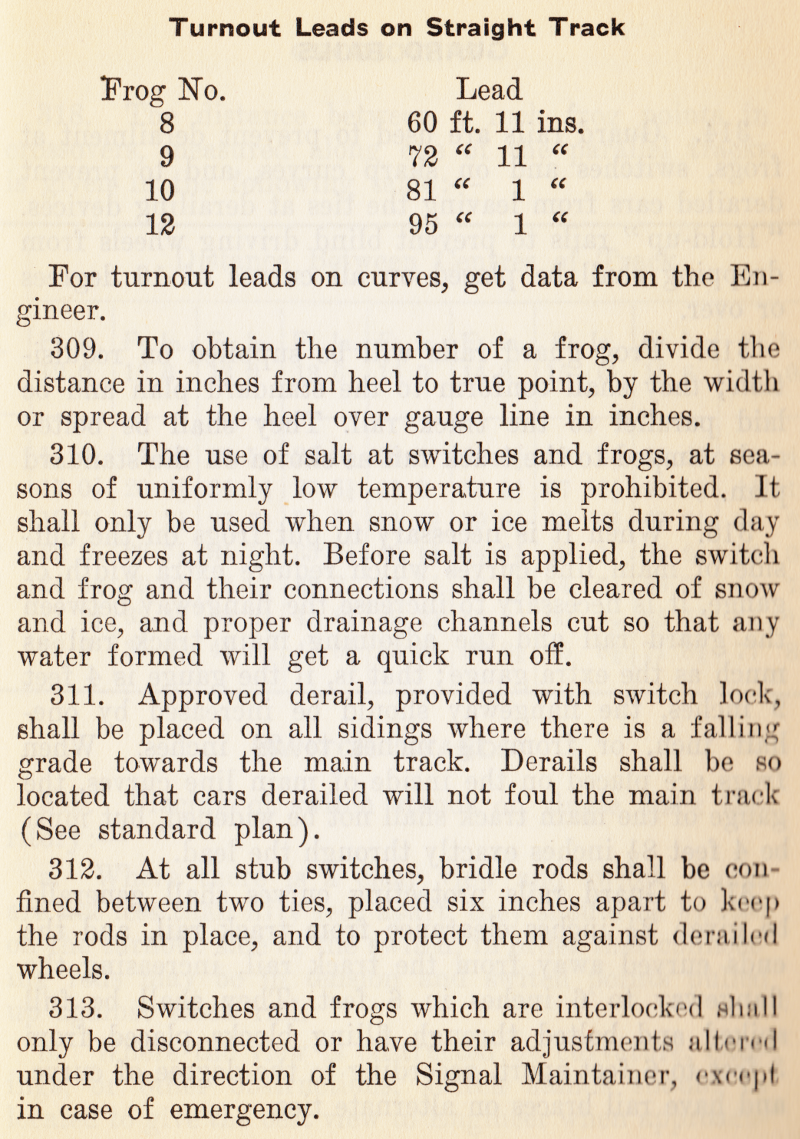 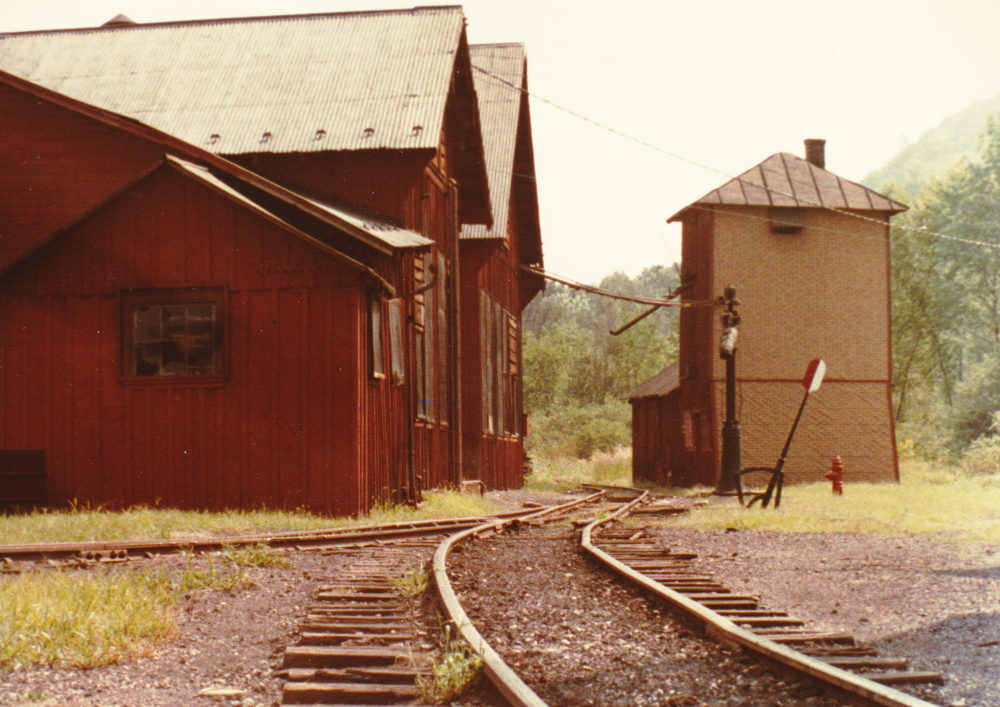 At the East Broad Top on a steamy September afternoon in 1983.
A stub switch (Rule 312).
The switch stand is positioned so that it can be seen as soon as possible when coming around the curvature of the shop loop (Rule 319b).
The square building behind the locomotive standpipe is likely a heated water tank. 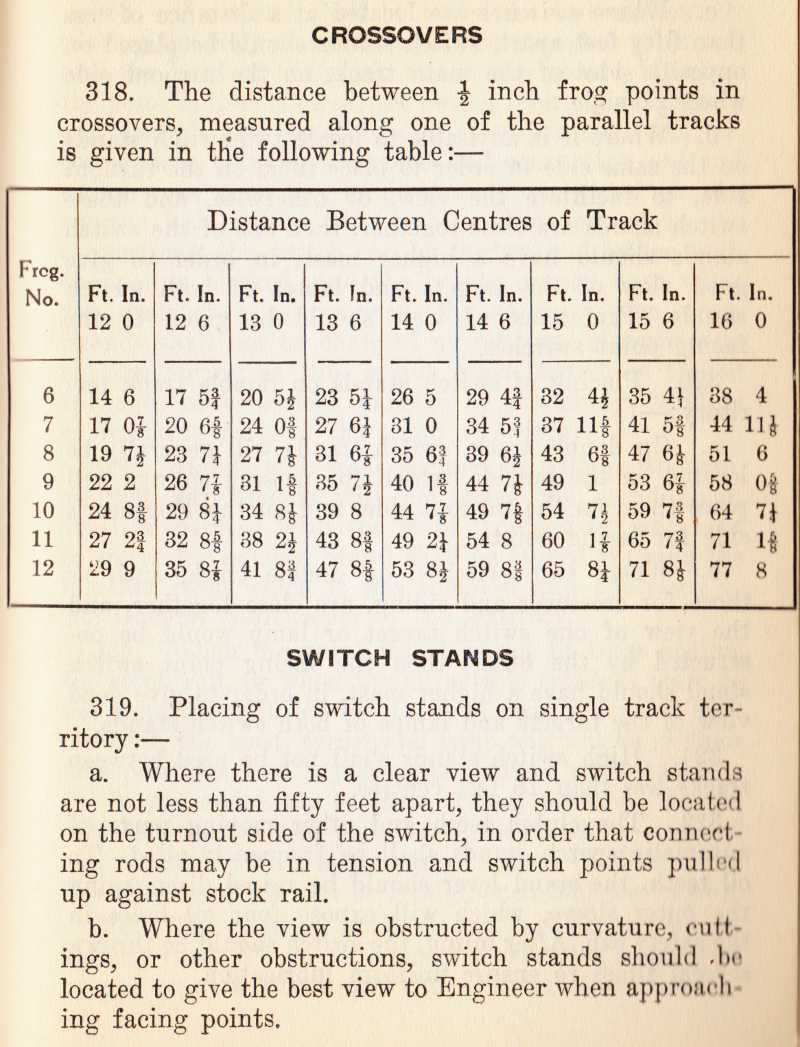 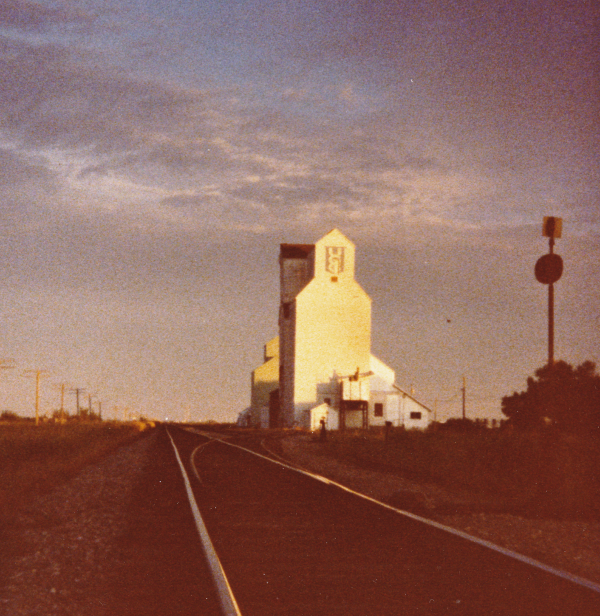 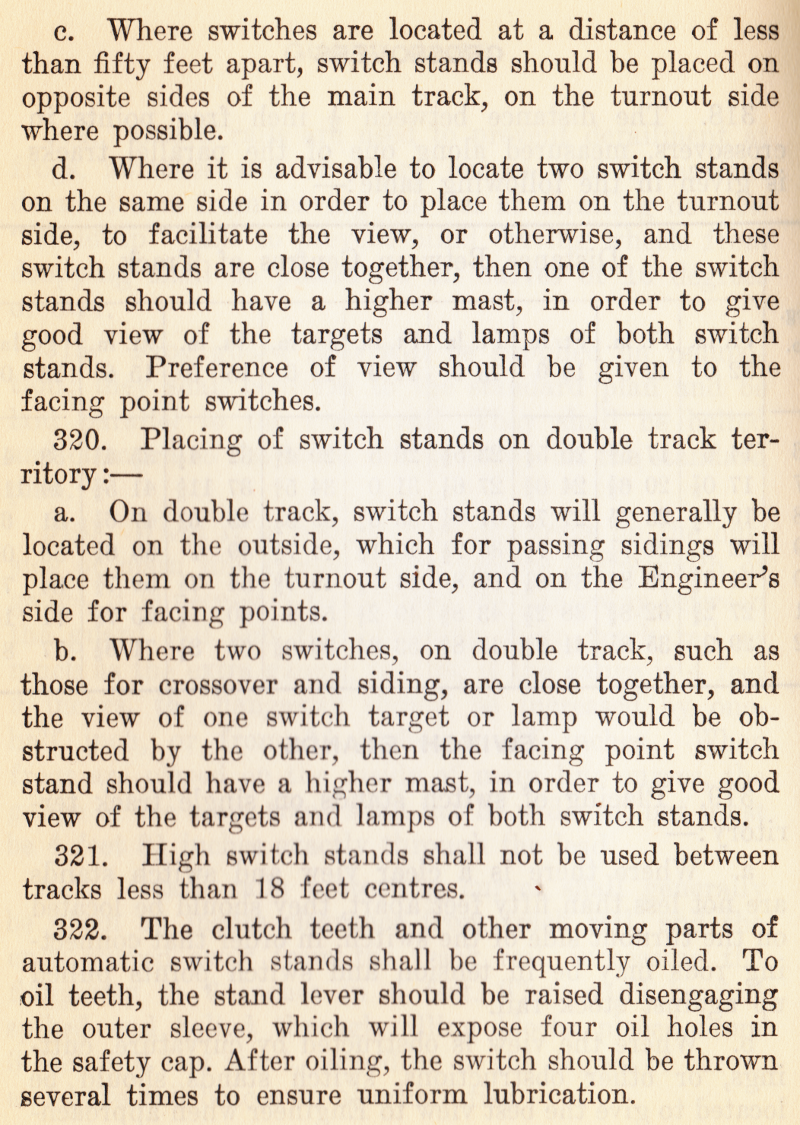 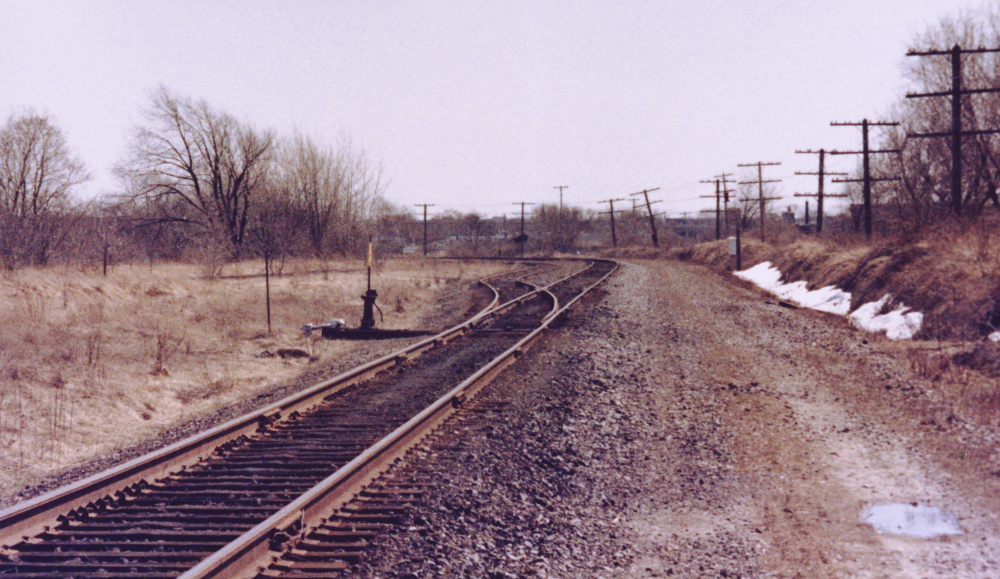 This is circa 1985, at the western approach to the 'outer station' at Kingston, Ontario - which was located on Montreal Street.

This original tightly-curved section of the Grand Trunk main line has been bypassed and the passenger station has been relocated. For a while, the Kingston yard office will continue to function out of the CNR buildings and local switching operations will frequent the old yard. The south main track has been lifted. The north main track has a switch to the former yard lead. As this is no longer a main track, the switch target is yellow, instead of red. 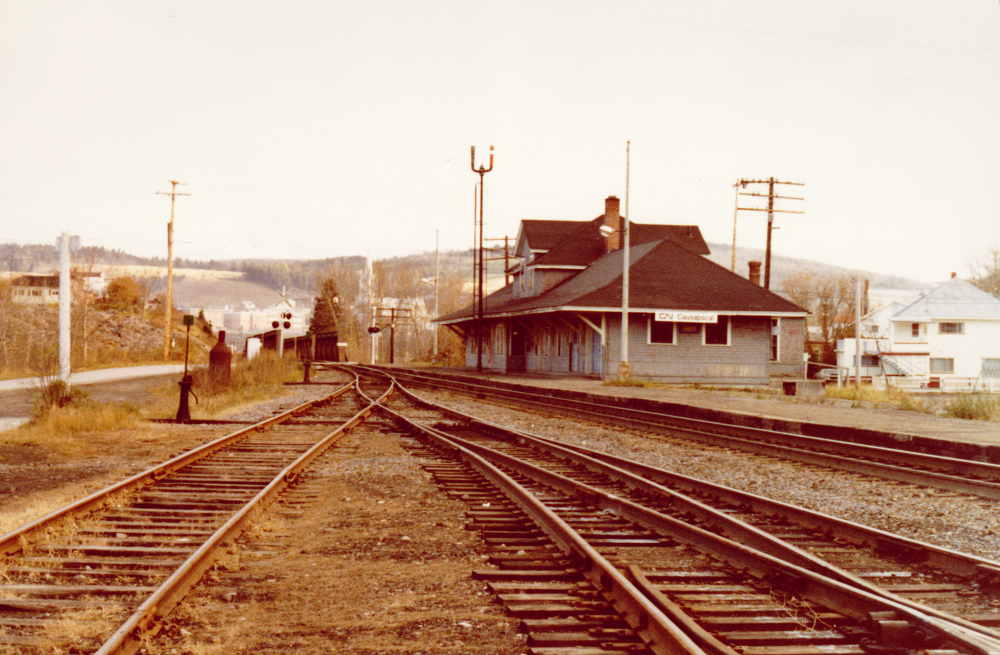 At Causapscal, Quebec (50 km southeast of Matane) in October 1980.
A fancy bit of rod work extends under the track to the left to operate the switch at the right.
The re-roofed lower storey of this building exists on GoogleEarth in 2015 imagery.