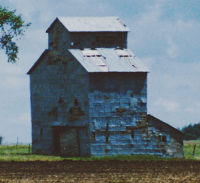 One day our railway archaeology efforts took us south from Portage to the destination of Snowflake, Manitoba - formerly on the CPR. This post looks solely at our destination - although there were many other interesting railway sights to be seen during this excursion. 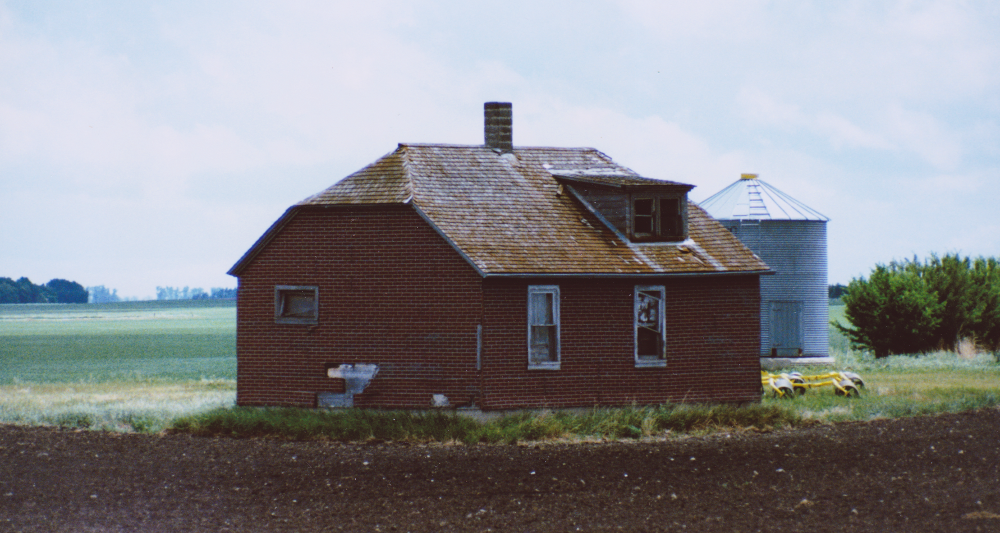 Reaching the border line, we travelled west along the gravel road which parallels it. I regret not taking a photo of the barbed wire fence punctuated with benchmark obelisks citing the Treaty of Paris. Even before the border was reinforced after the turn of the century, it felt strange to be so alone on this international frontier ... and maybe we were not.

Above, somewhere near Windygates, Manitoba was this small building with plenty of CPR railway character - that is: insulbrick, a partial hip roof and a shed dormer. 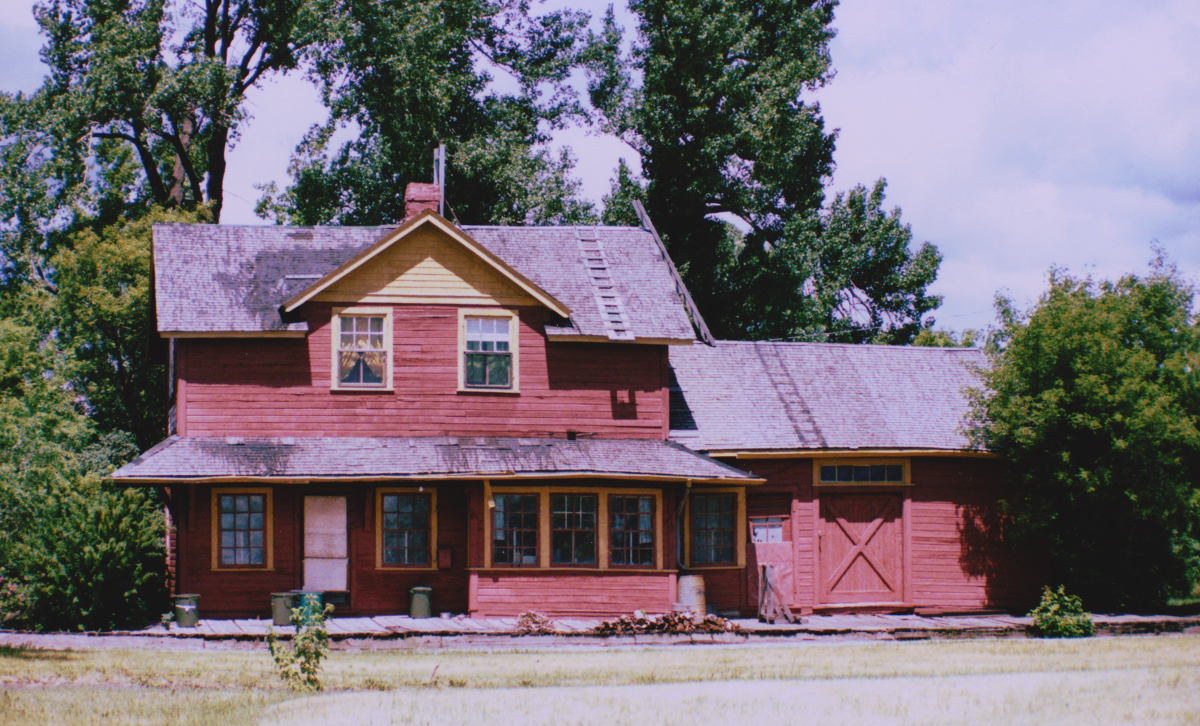 Suddenly, surrounded by a prairie windbreak, we came upon what I believe was once the CPR station at Mowbray - this feature can be seen in GoogleEarth 2013 imagery. A map and timetable finish this post to provide more detail on the local geography.

The weather was sunny and warm, with scattered showers so the lighting (and my exposures) was quite variable. With limited vacation time, our itinerary was also rather ambitious. 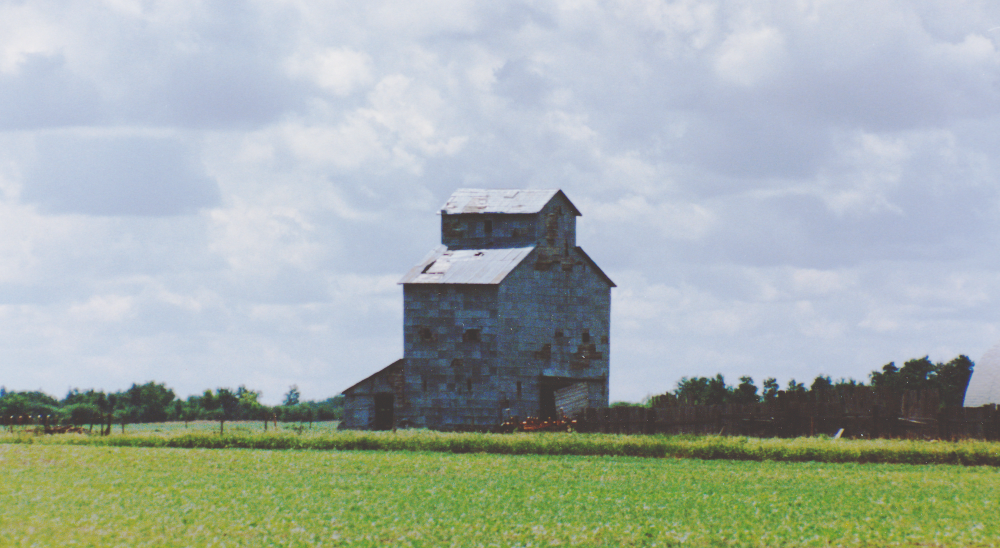 Continuing west from Mowbray, we found this early design (i.e. small) trackside elevator. The large door was on the side facing the track. Farm wagons of grain would have entered the scalehouse door on the far side for weighing and unloading.

When the CPR first brought European settlement to the prairies, the earliest grain purchasing agents represented private companies - not the farmers' pools which evolved later. Sometimes the grain facility at the railway was a 'flat' warehouse where grain was received from farmers in bags. Although cheaper for the grain company to operate until more business developed, it was more labour intensive for farmers to bag their grain. A proper 'country elevator' was the preferred facility at which to sell grain. 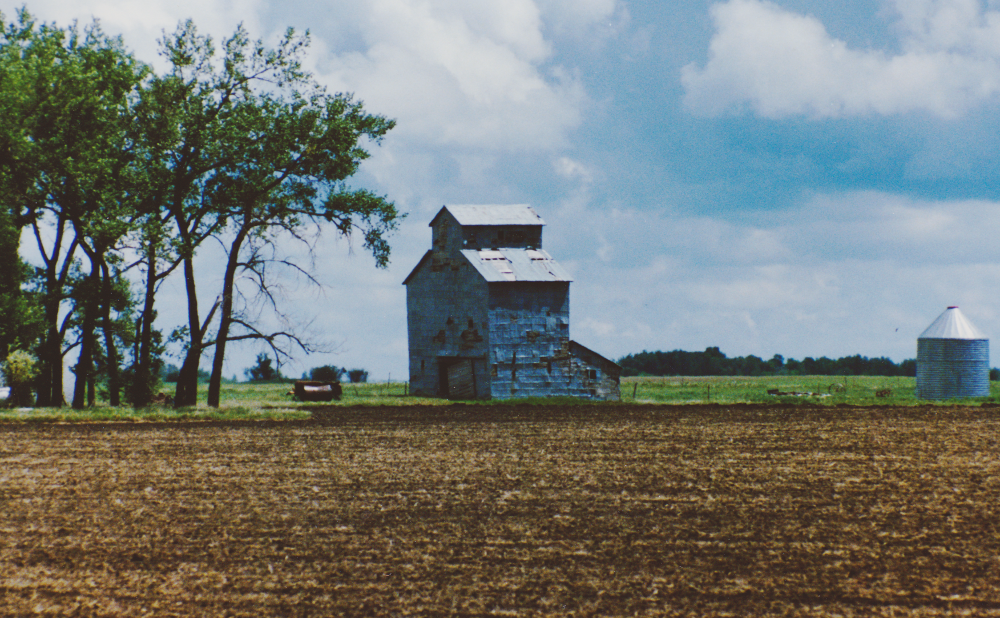 Here is another view of the same elevator. The local 4-H Club has marked the location for the convenience of tourists passing through. 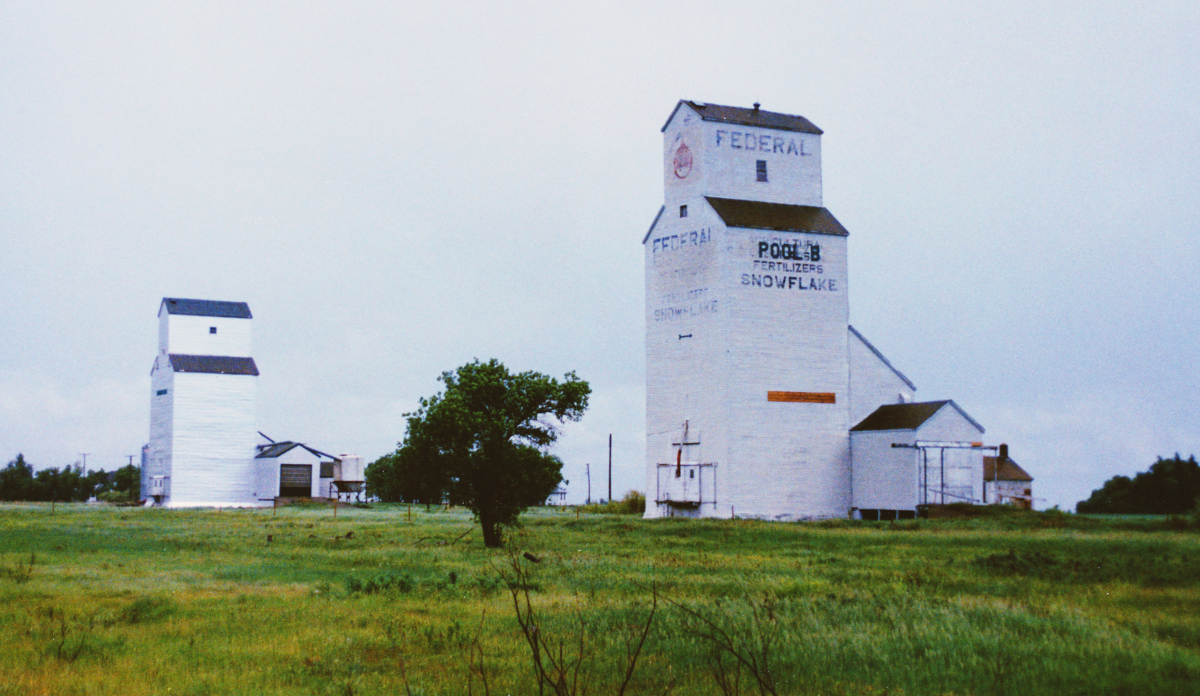 Little commentary is needed for this photograph. These simple, robust and efficient buildings often found private owners after the railways received permission to abandon their lines.

Notice the arrow on the closest elevator. This was for the benefit of train crews spotting cars at the elevator. The cars were placed on the 'uphill' side of the elevator loading pipe to make it easier for elevator workers to move them individually with 'car movers' (specialized levers) for loading.

The false-fronted building between the elevators is on Railway Avenue in Snowflake. 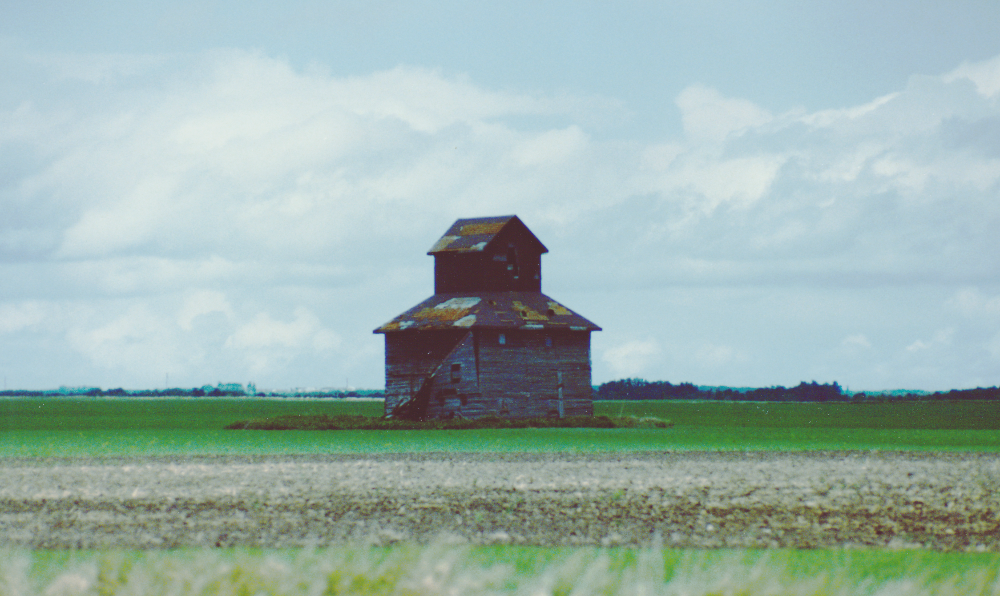 These photos are posted in the same order as they were taken and we have been heading west on Provincial Road 201 to see this sight. Snowflake was the junction for the Fallison Sub (see below) - which was more like a spur - which ran west from Snowflake.

It appears that this may have been a 'partial cupola' elevator with the far side facing the railway track.The diagonal line would be consistent with the slope of an elevator grain bin - the large ones had multiple storage bins inside. This is all speculation.

Below is a page from Waghorn's Guide from November 1920. The Snowflake Subdivision branched off the future La Riviere (la ri VEER) Subdivision at Wood Bay.

You can see that a single crew (five workers) was probably used to run the Monday, Wednesday, Friday mixed train.

Leaving La Riviere at 0650hr, they reached Windygates at 0850hr and were back to La Riviere by lunchtime at 1150hr.

Then leaving La Riviere at 1300hr, they were back again at 1810hr. This trip's return time may have been longer to allow for the lifting of boxcars of Snowflake Sub grain for the yard at La Riviere.

The travelling time probably varied quite a lot - as crews would also have worked in snowstorms and some days were probably very long if there were problems along the way.


Above, on the government atlas map, you can see Wood Bay, Snowflake, Mowbray and Windygates, but La Riviere is not shown. The CPR railway territory is green. Canadian Northern is yellow. Grand Trunk Pacific is pink. The US-based Great Northern is orange.

Below is an employee timetable for 1950. Thirty years after the Waghorn's reference, light steam locomotives would still be providing the power for the local mixed train. By this time the mixed train was running only on Wednesdays, but extra freight trains were likely put on during the harvest. The Fallison Sub does not have a separate timetable listing and appears as a spur within the Snowflake Sub.