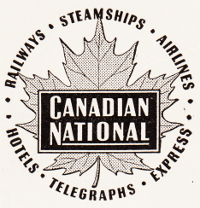 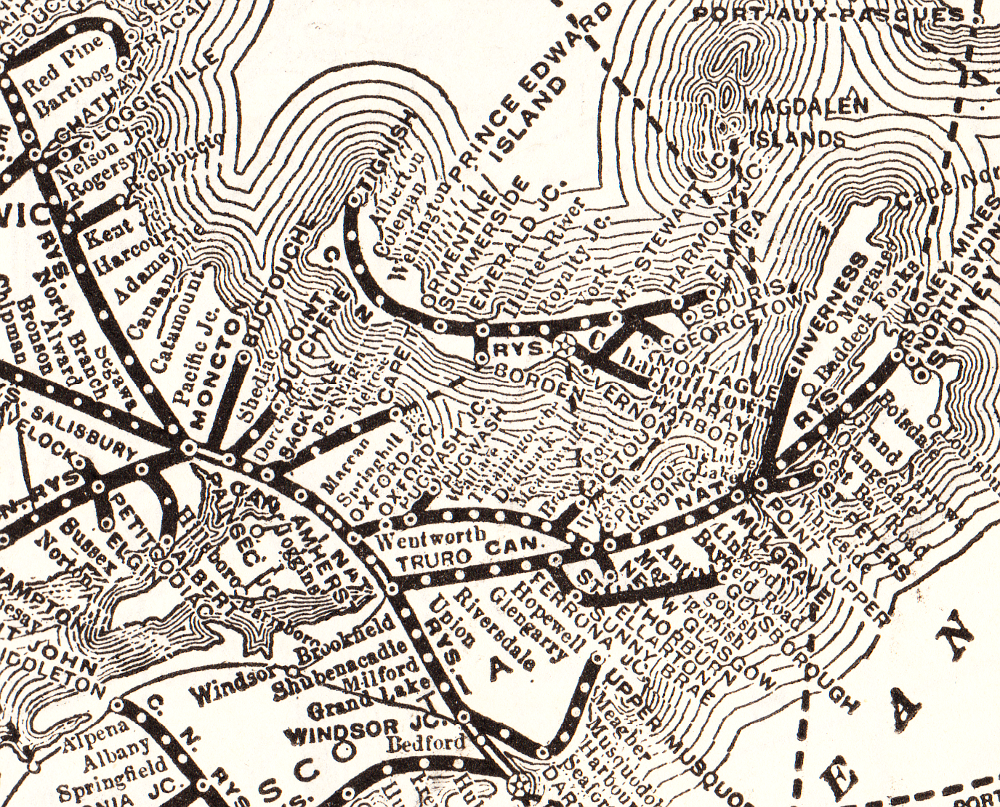 The map and all timetables come from the Canadian National Railways system timetable of April 30, 1944.

The map above includes the island's railway in its surrounding transportation ecosystem. There should be some kind of award for typesetting so many letters within the ocean waves and shipping lanes.

I have included the reference marks for the timetable twice so that they are handy when trying to decode the nature of the wartime operations on the island. 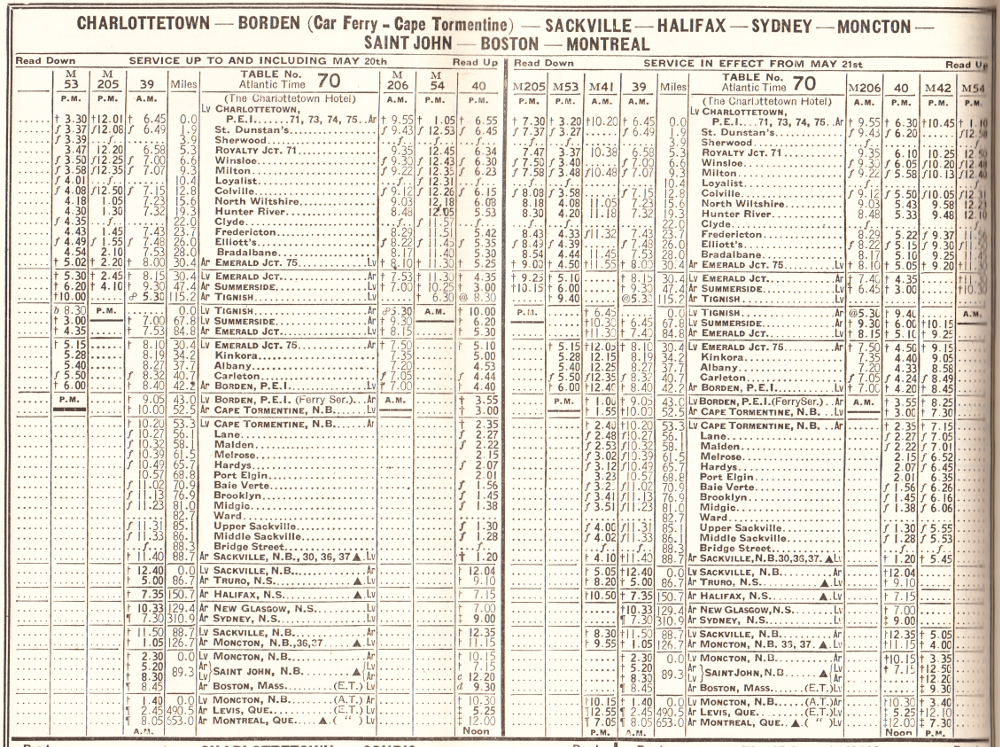 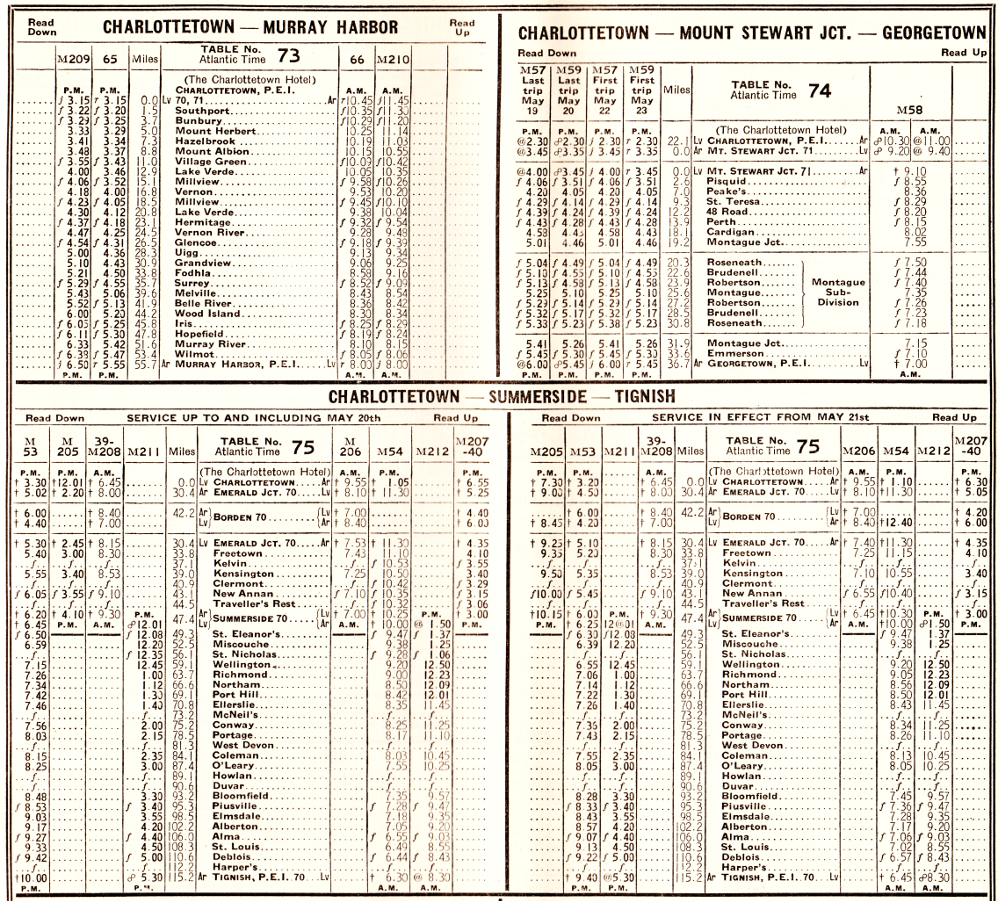 Many visitors might have been quite content to explore the island and the railway by travelling on its mixed trains - at least during the summer months. Even the fastest trains - i.e. No 39 and No 40 during the summer - averaged only about 20 MPH. Lt-Col GR Stevens, in the official history of the CNR, made some rather critical comments about the enterprise ...


from: History of the Canadian National Railways; GR Stevens; 1973; Macmillan.

'In the Prince Edward Island Railway Act, the length of its line was given as the length of the island, which was 120 miles ... The route chosen, however, ignored the initial postulate; it began at Georgetown and ended at Alberton, which were only 84 miles apart; yet the railway between these terminals was 147 miles in length. The major meanders were the work of politicians who, as one of them contended in the Legislative Assembly, did not see that an honorable member was asking anything out of the way in proposing a curve for the benefit of his constituents. The final survey was almost a continuous curve as the route wandered hither and yonder at the instance of interested parties ... '

'In retrospect, the Prince Edward Island Railway would appear to have been a stupid project from the start. With the sea at every man's door, there was no particular need for it, nor was there the traffic to justify it. Its original estimates were ludicrously low, and they were inflated inordinately by the greed of local politicians. In the ensuing forty-four years before its absorption into Canadian National Railways, it never managed to break even; it cost $1.44 to earn every dollar of revenue. It provided a classical illustration of an addlepated venture.'

To end on a positive note and to display a couple of images which may be representative of the earlier years of the railway's operations ...

Prince Edward Island Railway train at the Alberton wye, circa 1905. This nicely represents the light power and mixed trains. Notice the old white wooden switchstand beside the second boxcar - I think the target is in front of the bottom of the boxcar door.

The photo caption says that the narrow gauge train is coming eastward on the main track.

The line was built with a gauge of 3' 6" and changed to standard gauge when ferry operation began - in order to allow the interchange of cars with the mainland. The gauge conversion began in 1923 and was completed in 1930. In the interim period, parts of the line operated as a dual gauge railway.

The third rail is visible to the right of the locomotive. I think a baggage sleigh can be seen on the platform and the ladder leading up to the train order signal can also be seen.