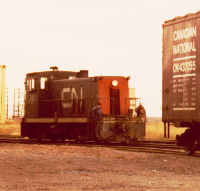 In October 1980, we had a quick vacation in the Maritimes. This included a figure-8 tour around Nova Scotia and Cape Breton.

Based in Amherst, NS (I think) we did a day trip to Charlottetown and Cavendish Beach before returning to Amherst that night. 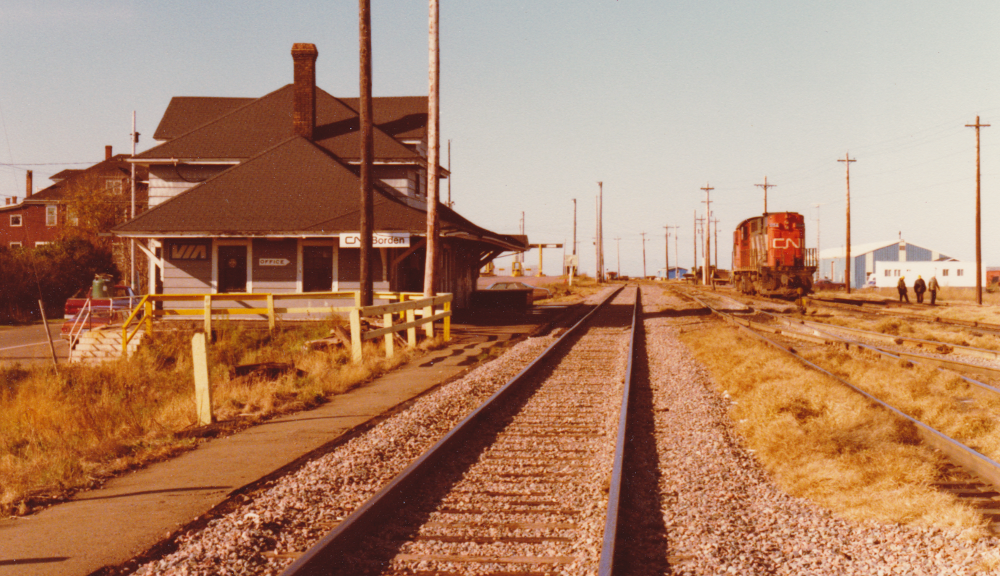 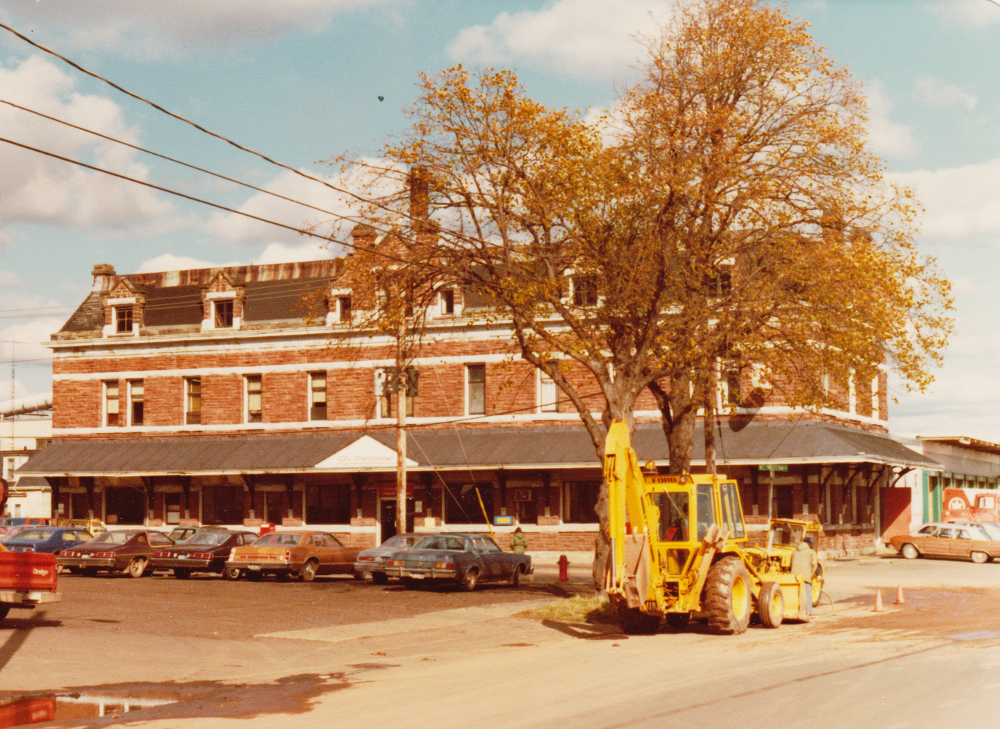 Charlottetown station - the official station sign is visible just over the main door. 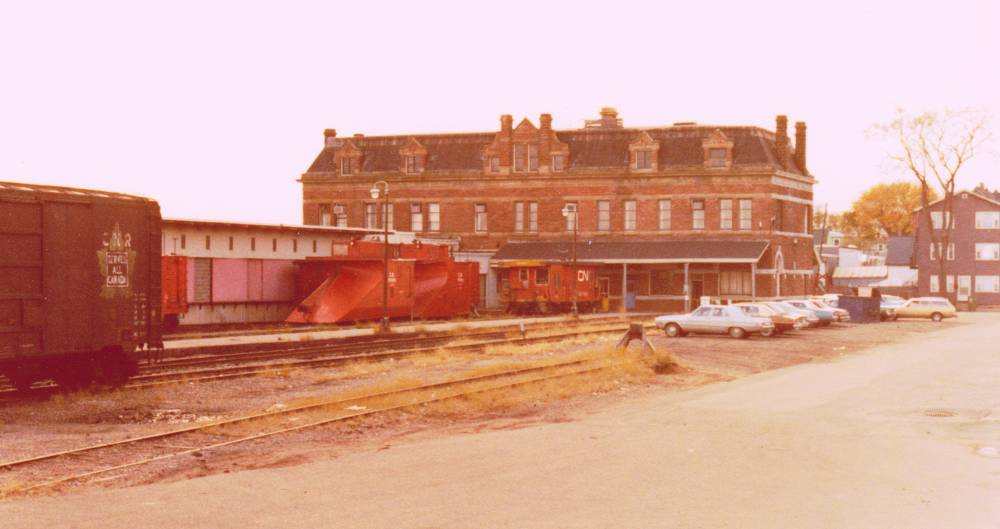 The more interesting rear view of the station. 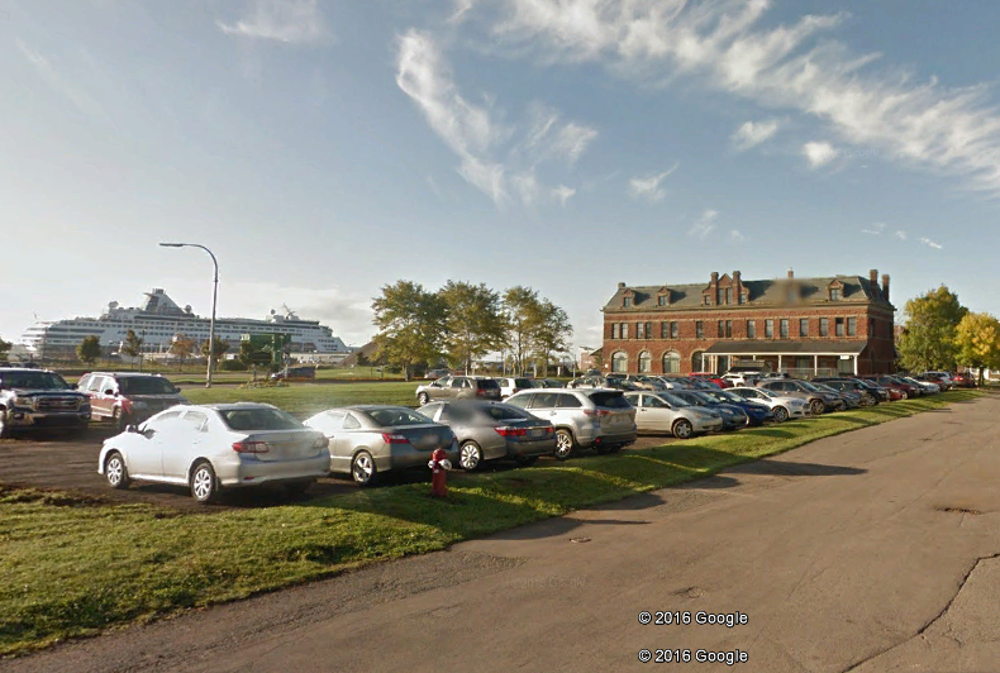 The same location is shown in 2015 imagery from GoogleEarth - 35 years later. 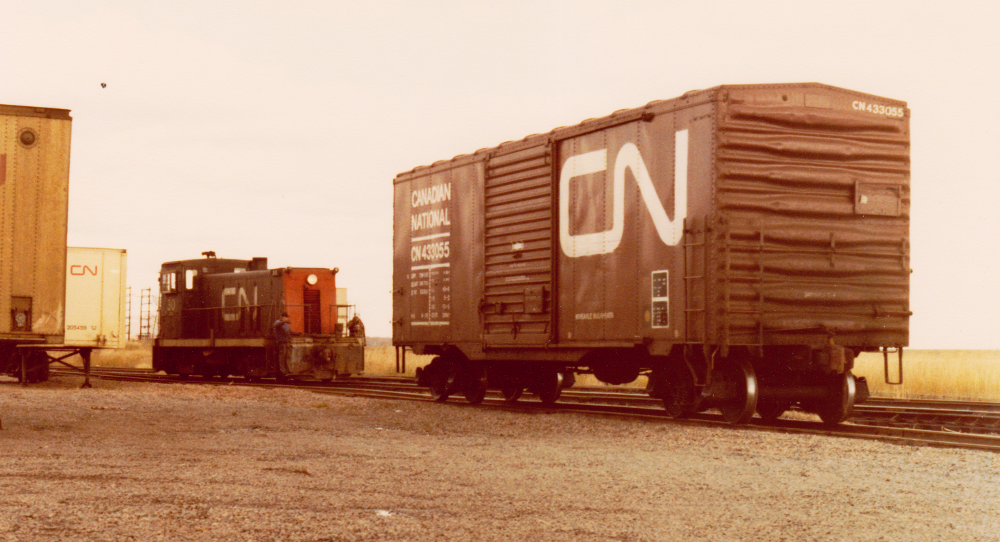 The CNR 30, is a GE 70-ton, built in 1950. It is preserved at Exporail at Delson, Quebec.
The light weight of PEI's historically interesting rail network required light power. 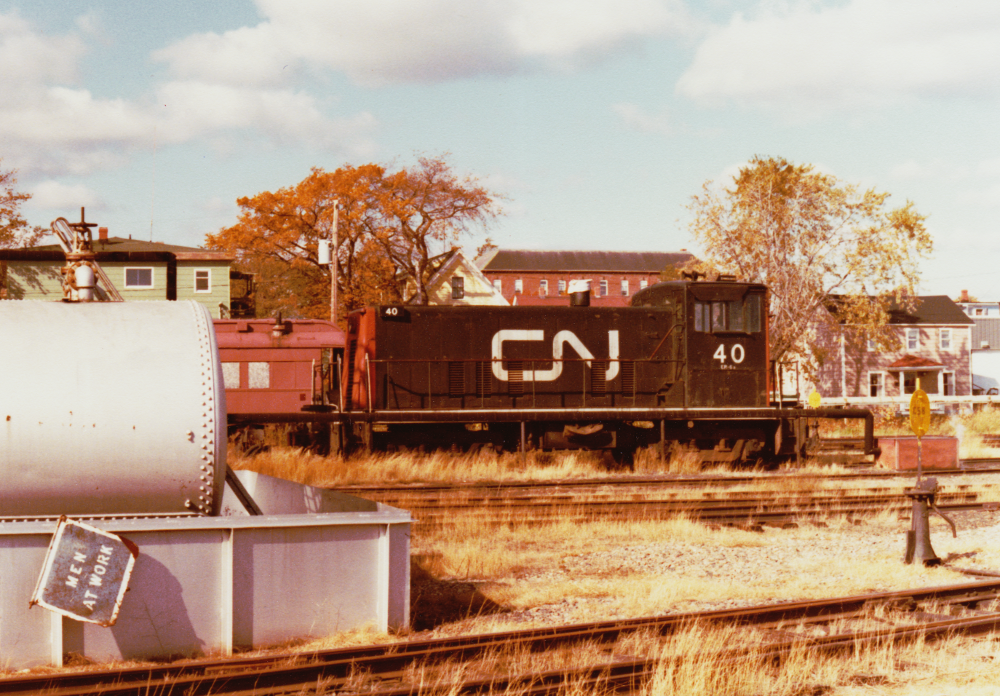 Notice that the 40's stack is capped. 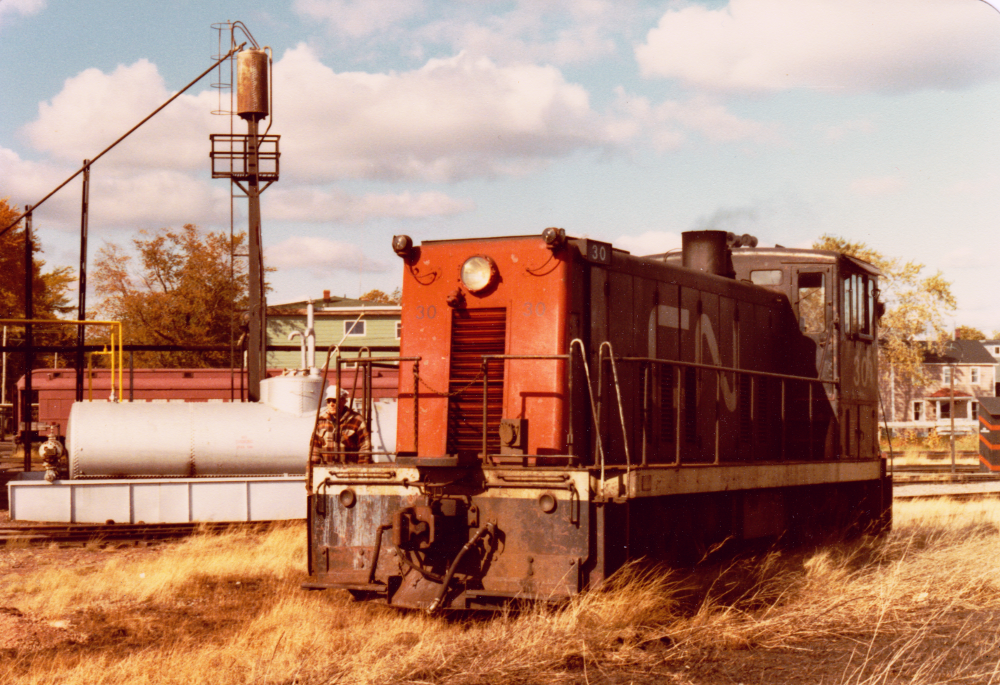 There are rails down there. 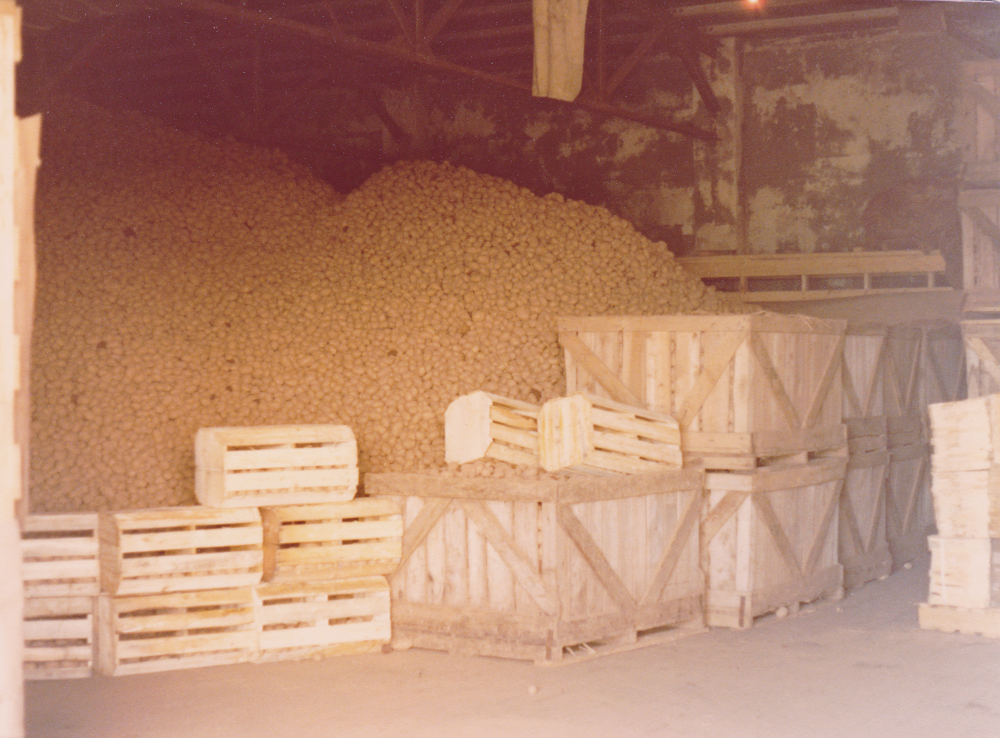 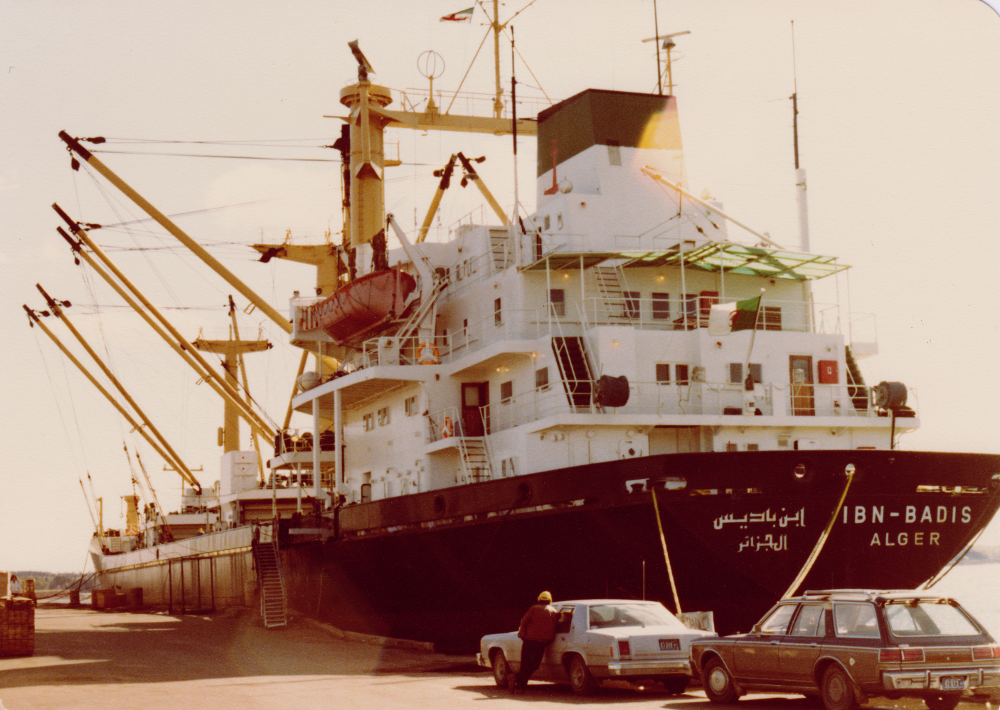 Contrast this Charlottetown dock visitor with the 2015 version!