The following illustrations come from the Operation and Service Manual for these locomotives.
While they may be rather 'dry', they do provide a lot of condensed information about these historical 'artifacts'.

Hostler Controls for B Units


Early carbody locomotives ('cab units') enclosed all the walkways around the motor inside. The carbody itself formed part of the unit's structural design.

... In other words, the carbody 'tube' provided structural strength, rather than using a strengthened steel frame as a 'foundation'. In contrast, the first locomotive above, the road switcher, is built on such a steel foundation.

As a generalization, 'for the first time' American carbody diesel-electrics enabled railway operating departments to add building blocks of power (units) together to form a train's locomotive consist - the key feature of this technology being that only ONE engine crew was needed. The commands of the engineer were relayed to the following units through a set of electrical and pneumatic connections. (Previously, it was possible to 'doublehead', etc, steam locomotives, but only the lead engineer's air brake commands were relayed to the following locomotive and the train behind)

Cabless 'B' units were cheaper to manufacture and to buy. The public relations aesthetics of a nice locomotive consist of outward-facing A units with B units in the centre (i.e. ABBA) may also have added to the financial arguments for B units. With outward-facing A units, the locomotive consist would not need to be turned for a return trip. B units could be added or subtracted (or any units could be hauled either off-line or dead), based on the power needed for the return trip.

But one interesting aspect of some B units was that they had 'hostler controls'. At major terminals, the locomotive shop handlers of iron horses (hostlers) would generally prepare and assemble a diesel locomotive consist for a crew ... and the engine crew would pick up this idling consist from the shop's Ready Track when they booked on duty.

It is likely that some railway officers purchasing B units would find it kind of pointless to have self-propelled diesel units which could not even move themselves around on the shop tracks - that an expensive B unit would have to be switched into a consist like a common boxcar.

As well, there were likely servicing and diagnostic advantages when B units each had their own rudimentary controls.

... and sooner or later ... we end up arguing that all locomotives should have complete engine crew cabs. And B units and their hostler controls become extinct.


So here is the hostler control set-up for the B units illustrated above. If you look closely at the diagrams above, you will find that the hostler control station is to be found just to the right of the B units' centre (right side) door. This would enable the hostler to lean out the door to check the route ahead while the unit was in motion - although it would be safer to have a second worker protecting the leading end of the movement. While the process for starting a diesel locomotive was complex,
it was certainly faster than starting a 'cold' steam locomotive.

As always, before you start moving on steel rails,
you need to be certain that you can stop. 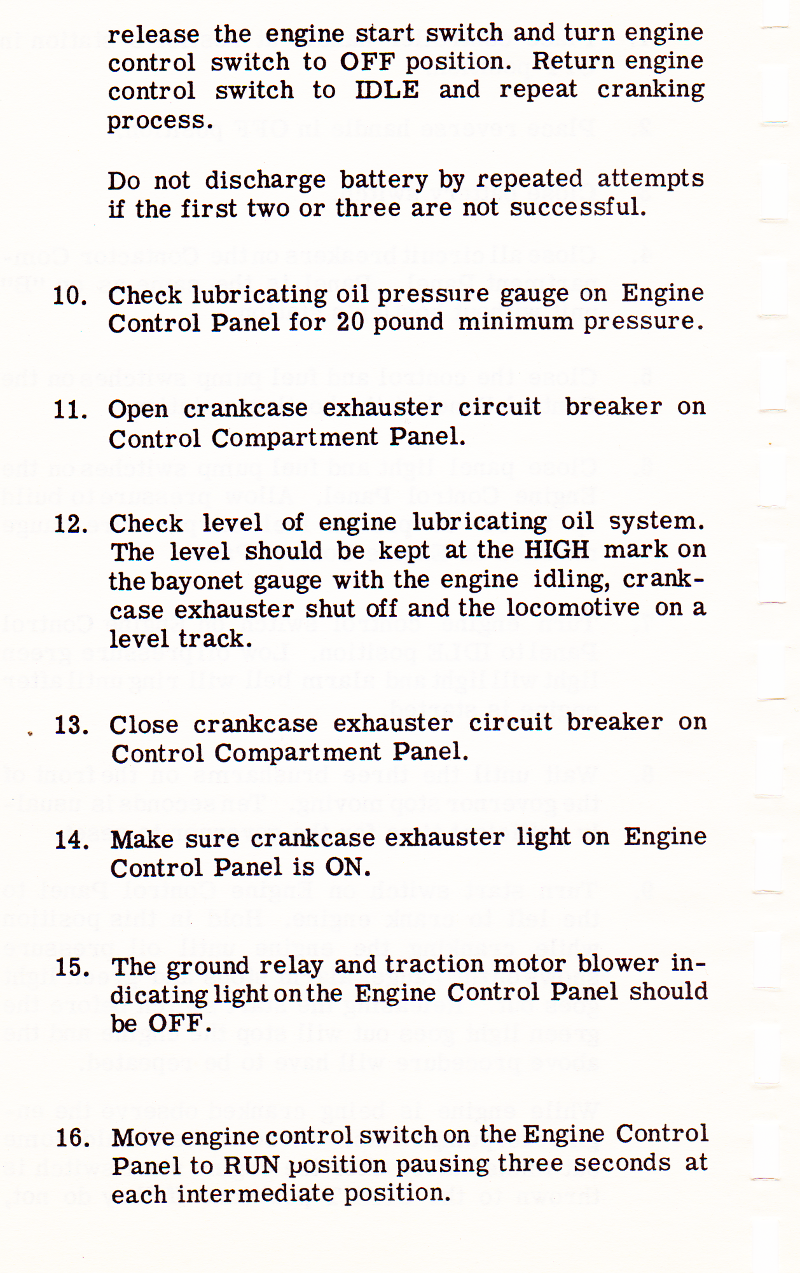 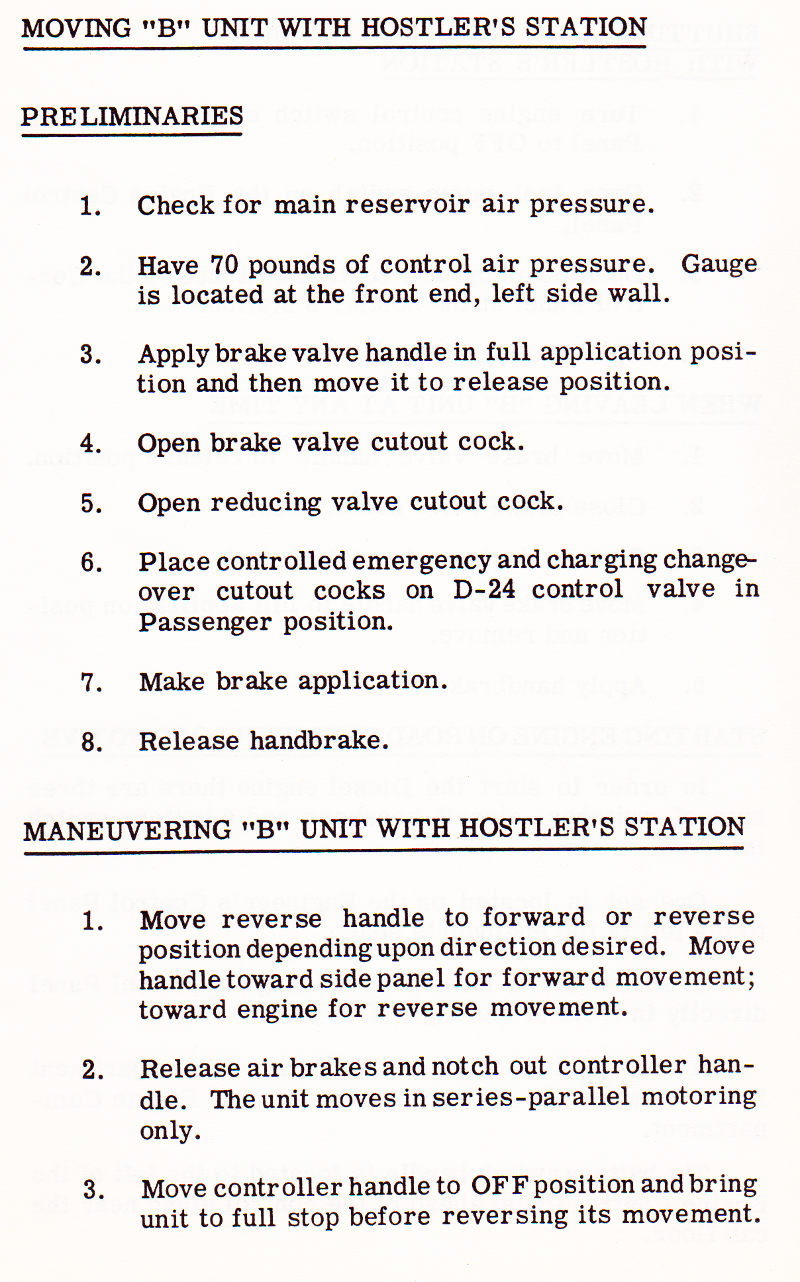