When I went to work in Schreiber in early 1977, I saw it almost at the end of its special status as a 'railway town'.

Years later, I found a book which helps preserve and explain 'the big picture' of life in small towns such as Schreiber and White River - which were railway towns first and foremost, for the better part of a century.

When doing sociological studies, it is a serious business to maintain confidentiality. In this book, there are no clues suggesting which railways or communities were studied. Of course, personal interview data was also kept in strict confidence.


The author's approach as a sociologist in this book:

.. 'begins with an individual, his hopes, fears, problems, solutions and the habitual associations of his daily round of life. After informal chats or formal interviews with many individuals, the sociologist begins to see persistent patterns, some shared by all, others shared by certain respondents. During the course of the interviews it becomes clear that some respondents think that their problems are personal, unshared, and not understood by others, but other perceptive respondents are aware that many share the same difficulties because they see them as arising from a common source in their place of work, their community, or their nation. The sociologist has the advantage of listening to more people in more communities than any one respondent; this enables him to locate patterns about which many individuals are unaware. The accumulated advantages are even greater if, as in this study, the sociologist is able to undertake all of the interviewing, rather than relegating the work to others.'

'The first patterns for this book were found after interviewing many people in Railtown, Ontario.' 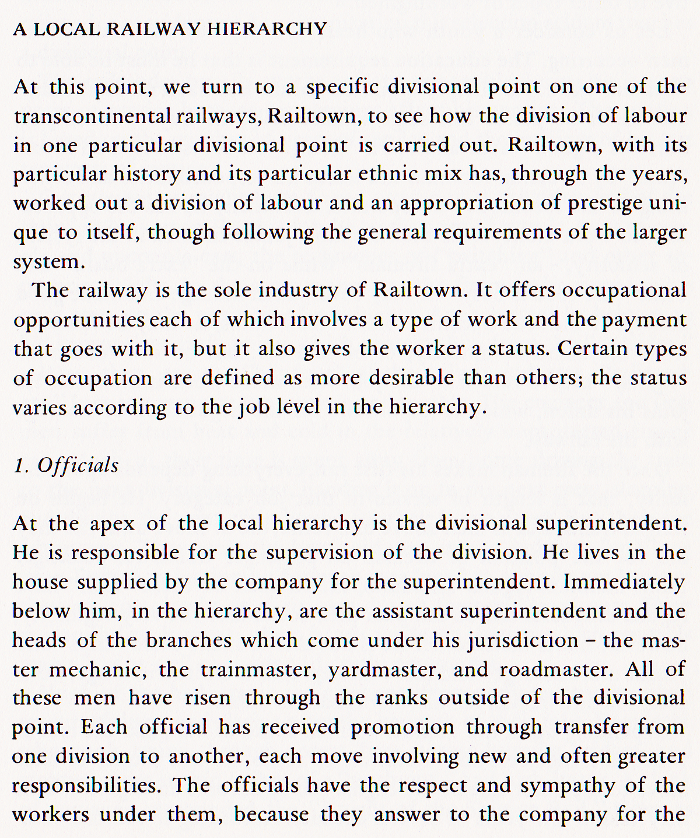 'From the cab ot 901, engineer views eastbound passenger train
during a twilight meet in the rugged woodlands of Northern Ontario.' 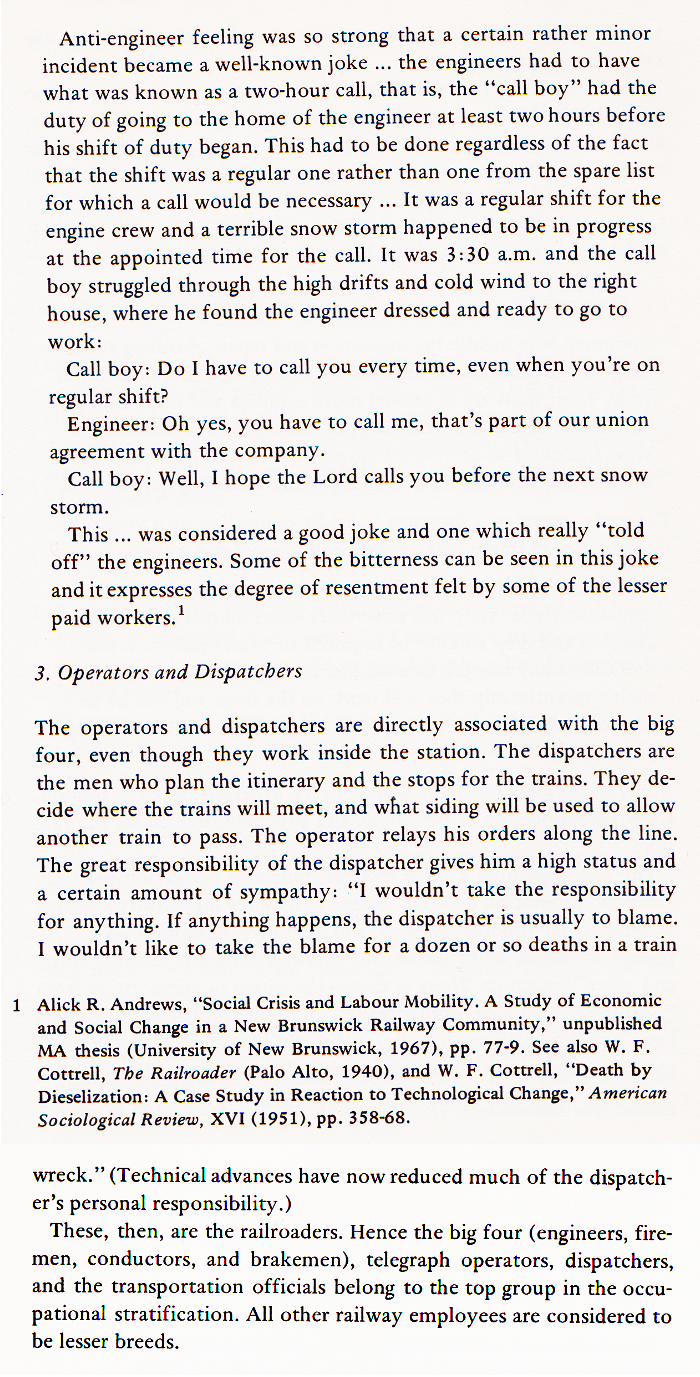 'Alex Peers sits at the controls in Moose Jaw despatching office.
Board shows position of trains on section of main line west of Moose Jaw where installation of Centralized Traffic Control permits train to proceed on signal indications only.'

Just east of Field BC, an operator hoops up train orders -
one set for each locomotive crew and one for the tailend crew.


Other Categories of Railway Workers