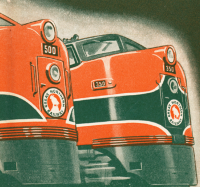 Like many other transcontinental railways,
Great Northern public timetable maps
showed the system in two sections

To get the most of the map image on this blogging platform
the two sections are posted separately.

In a couple of posts on Sault Ste Marie and its railway bridge
JJ Hill's Great Northern rivalry with the CPR was discussed -
particularly as it pertained to the lines west of Sault Ste Marie.
Here is a follow-up of sorts.

A couple of pages of timetables are included below for their Winnipeg content.

Both east and west of the staples,
you can see the numerous Great Northern tendrils
Hill sent north - toward and over the Canadian border.

Finally, a couple of pages describe named trains and their equipment.
Who wouldn't want to ride the Gopher? 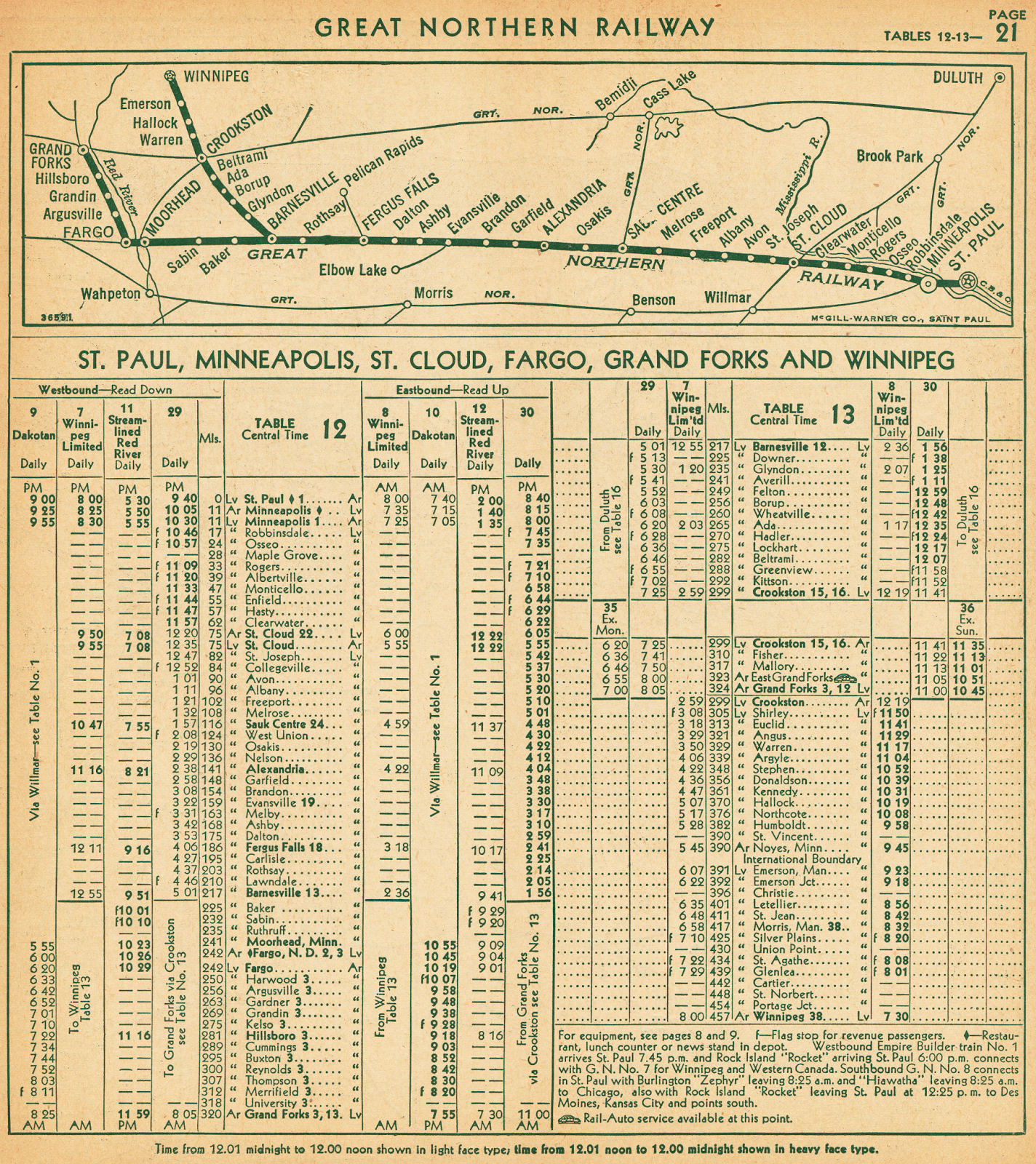 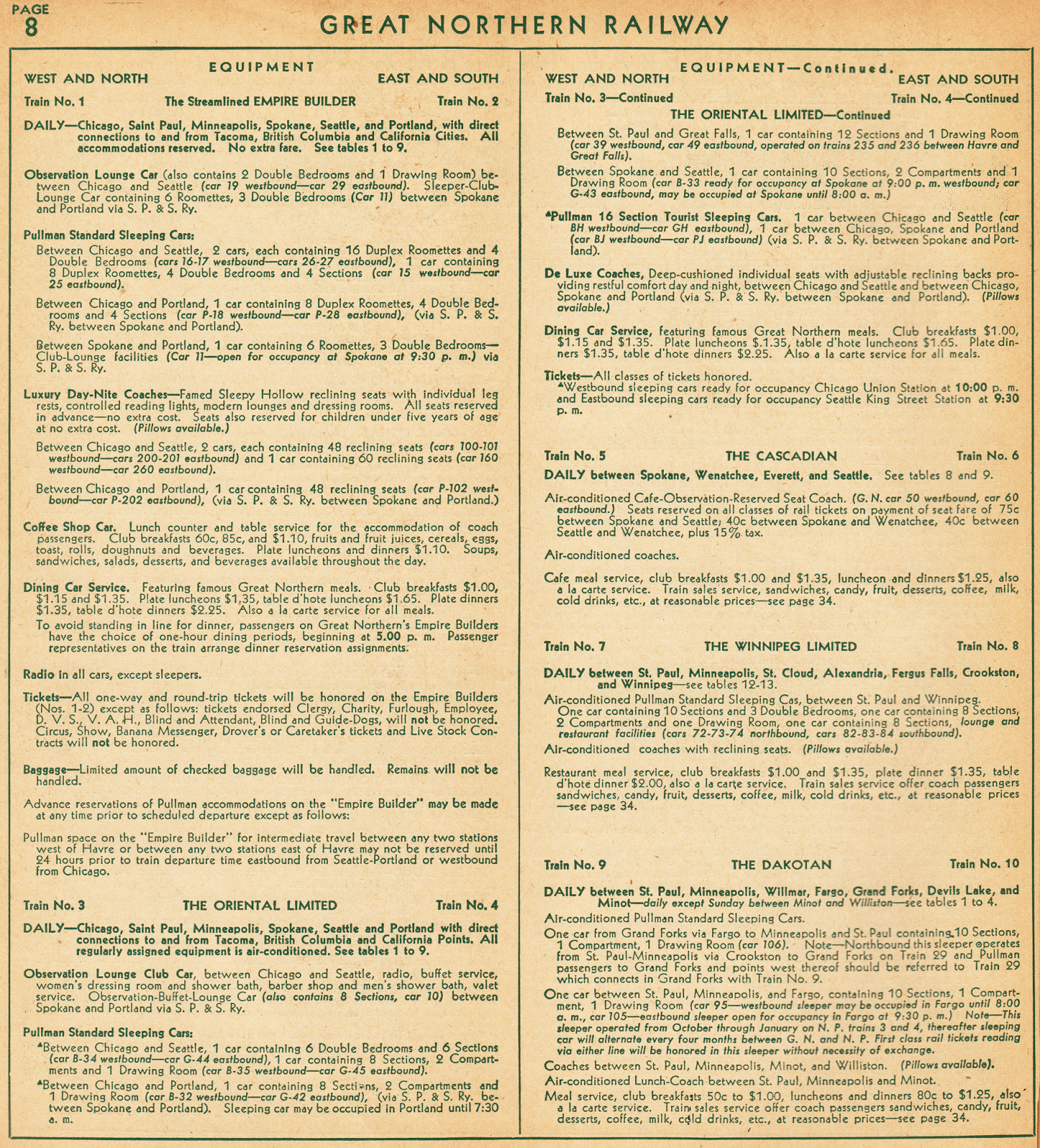