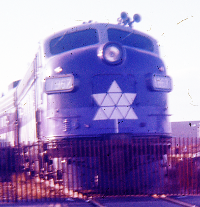 A third and final post will include the most interesting materials from this series.

The first pages reproduced below come from an annual handbook put out by the Government. The publication was produced for at least four decades and was written for a general audience. It covered all aspects of Canada: its citizens, industry, natural features, culture, etc.

... The editions issued in certain years provided greater emphasis on different subjects and prominent projects, for example: 1940s, Trans-Canada Air Lines (originally part of the CNR); late 1950s, nuclear technology development, and Canada's sharing of this knowledge with other countries for nuclear medicine and power generation.

The 1967 edition of the handbook was at least double the usual thickness as Canadian history and progress over a century were being described.

In 1967, over half of all Canadians were under 25 years of age. Many Canadian adults had been shaken up by World War Two and many people were still alive who had experienced the Great War. In the late 1950s arrived a new menace - the threat of nuclear war wiping out all of civilization's progress on the planet.

However, for one reason or another, in 1967, most Canadians realized they were very fortunate indeed. As you will infer, a great deal of hope was invested in the potential of the youth of Canada.

From the Federal Government's perspective, the pages below describe how we will celebrate in 1967. You'll notice that the Confederation Train (and the truck caravans) represented a large proportion of the national program of celebration.

Here is another tranche of the Confederation Train motive power documents.
Below, my practice of moving from less interesting to more interesting items continues. 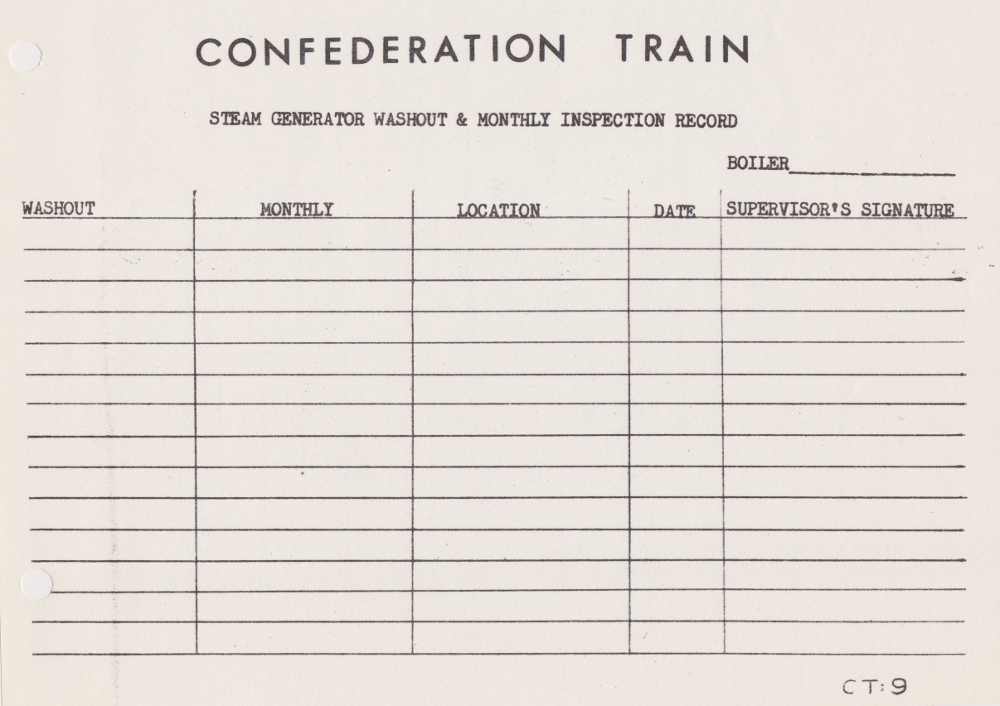 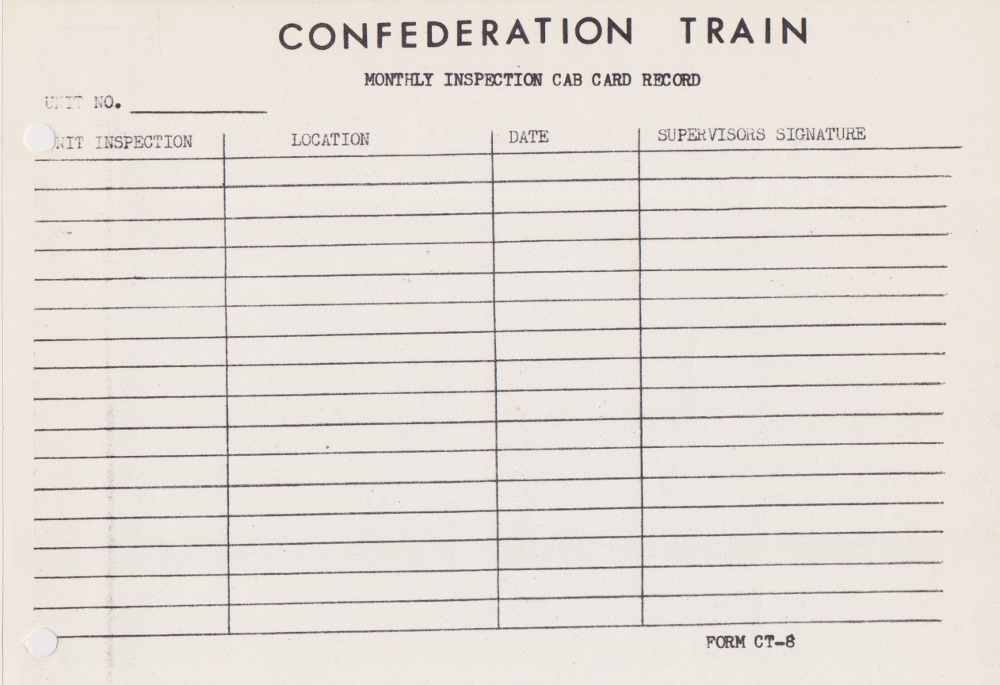 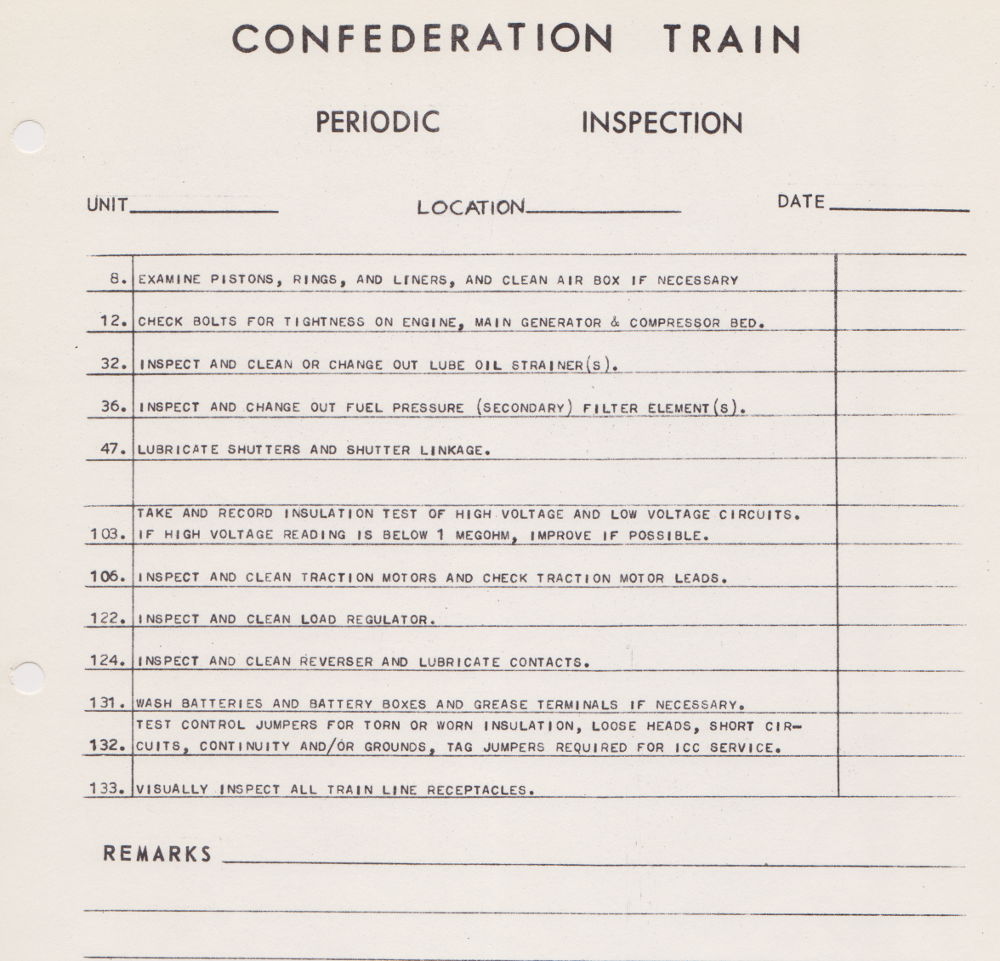 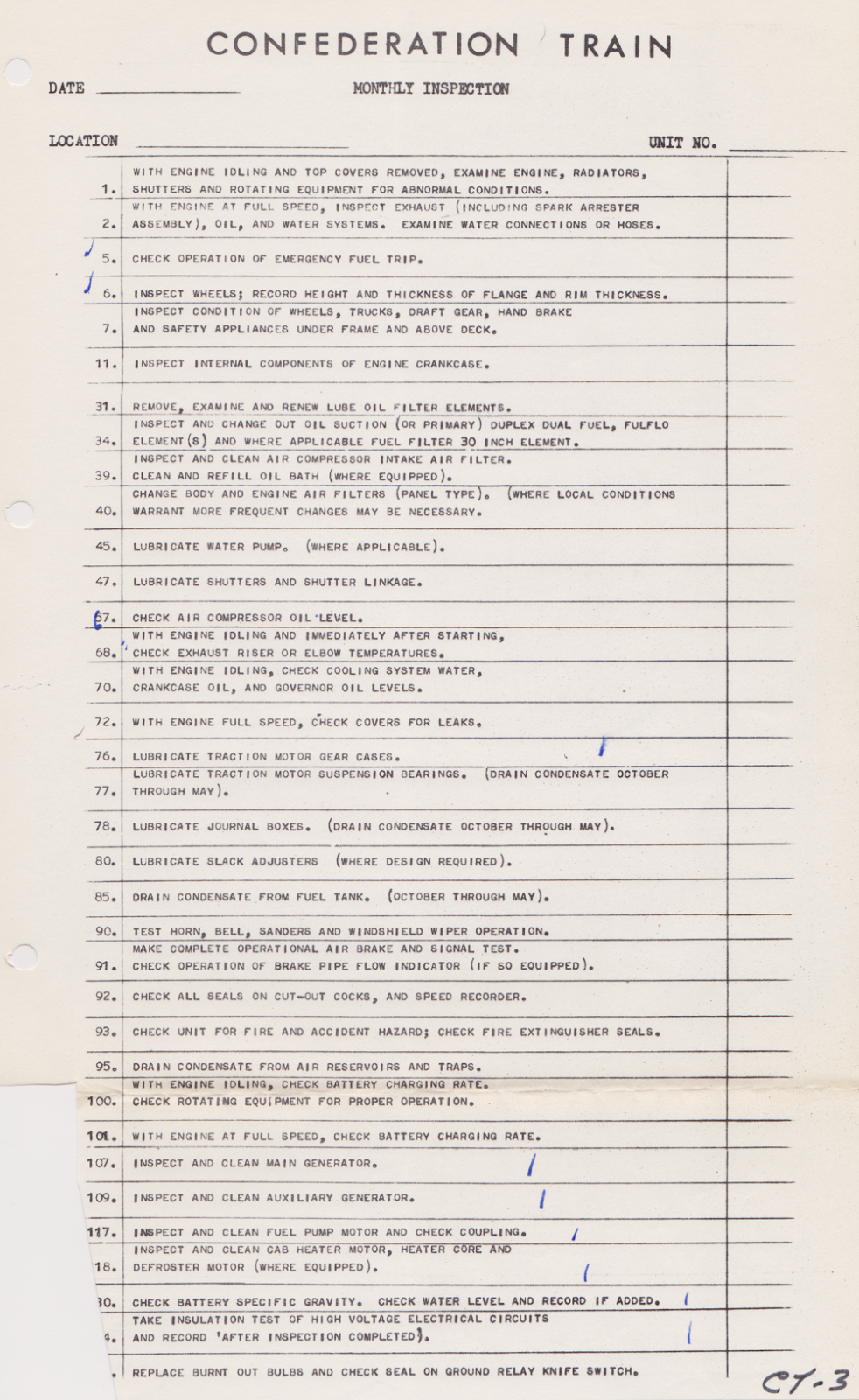 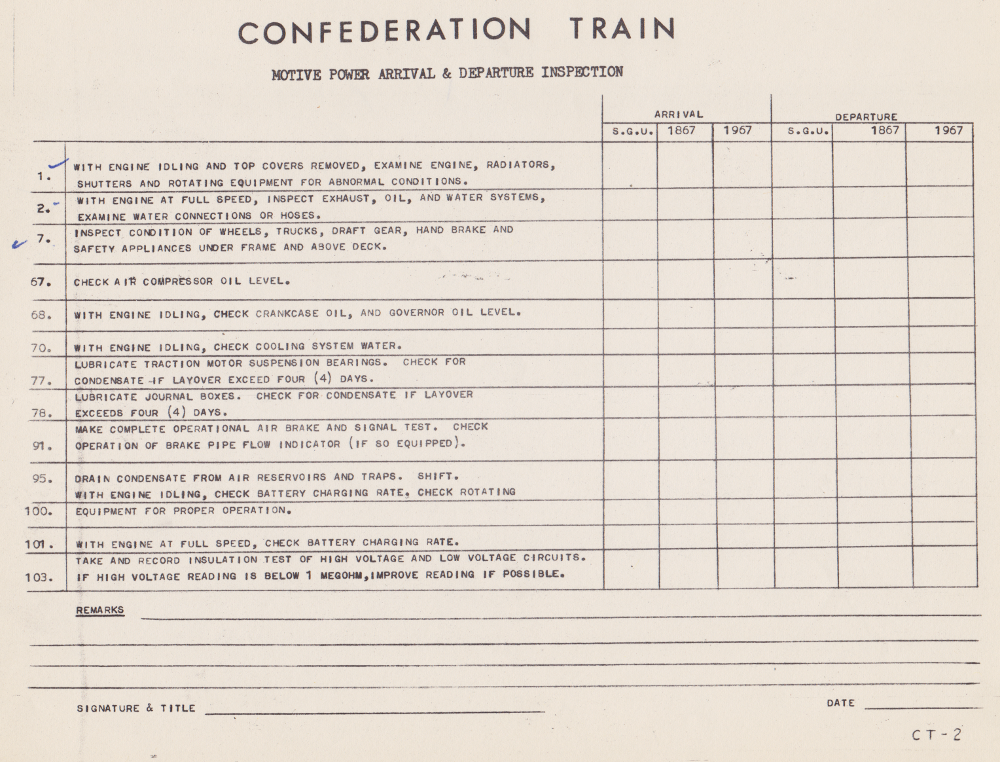 
In many cases, looking for 'history' on the internet is an exercise in nostalgia. Internauts seek out information and artifacts which remind them of experiences, now lost in the past, which they remember with fondness. For those people, it is the papers reproduced here which may be of greatest interest.

People like Rolly Martin (whom I met exactly 40 years ago, as I write this) could explain and discuss these technologies, and their experiences with them, for hours.

For example, in the last years of the operation of The Canadian along Lake Superior, during cold weather, VIA would supply train riders whose job it was to 'keep steam up' in circa 1955 diesel-electric locomotives so train heat could be maintained and the passengers kept comfortable.

One night, Rolly and his mate got a call from their conductor requesting more heat. As I have written before, Rolly left the 6400-class engine, went back to the 30-year-old trailing unit ... and the VIA train rider witnessed a former CPR steam locomotive fireman getting a steam generator plenty hot ... there were no more requests made for more heat for the balance of the trip. Every time Rolly told me that story over the years, I sensed that he had derived a lot of satisfaction from that single event.

... That is, for people too young to have be running VIA trains in the 1980s, or for general-interest readers of the future, there may be an interest in understanding WHY steam generators existed in the first place.

Back around the time of Canadian Confederation, passenger cars were made of wood. In winter, they were heated by stoves burning wood, and later coal or coke. In a simple derailment or in a collision, the wooden cars would suffer damage and/or upset - often trapping some passengers inside. Frequently, the stove would fall over during the accident, setting the wreckage on fire, and the trapped passengers would be killed in the resulting blaze.

In the decades which followed, steam locomotive technology developed and they began burning coal instead of wood. Because of public outrage - stirred up by newspapers - and government regulatory action ... a way to safely pipe steam back through passenger cars, to operate steam radiators, was developed and applied to passenger trains.

Larger, more powerful locomotives, which could generate surplus steam through the use of more energy-dense coal, AND the development of train steam systems to heat (and eventually, cool) cars made it possible to eliminate fuel burning stoves on passenger cars. As well, newer passenger cars - built primarily out of steel - protected passengers more effectively.

In the 1920s, Canada and the US had a good supply of these modern steam-heated cars and they continued to be built well into the 1950s. These cars might have useful lives of 30 to 50 years.

However, in the late 1940s, many railways got into a money-saving headlong rush to replace labour-intensive energy-hog steam engines with diesel-electrics. The diesels had no need to make steam for propulsion.

The existing passenger car steam heat systems were efficient enough that it didn't make economic sense to scrap this equipment. To facilitate diesel locomotive sales, the builders ensured that many new diesels could be equipped with 'steam generators' inside for passenger train service.

The CNR, with greater car heating needs than many southern US railways, refined steam heating technology a little more ... by developing separate cars designed solely for the purpose of generating steam.

For both the people who knew them, and for people interested in understanding steam generators better, I have included the most helpful diagrams and descriptions I could find from a particular manual. I think this is probably representative of the equipment to be found on the Confederation Train.

When viewing the ornate colour diagram of the generator's various systems, be sure to slide all the way over to the right to see all of it.

Forty years later, there was a renaissance, of sorts, in the publishing of steam generator documentation. VIA produced some plasticized fan-fold pamphlets for quick reference by train crew members who hadn't apprenticed as CPR locomotive firemen.

Rhetorically, if these complex machines were kept operating in VIA's CNR and CPR heritage equipment for about 40 years ... is it any wonder that imperfect maintenance and operating technique ... and just plain wear and tear ... made VIA's winter trains subject to uncomfortable temperature fluctuations before the completion of HEP conversion (electric heat)?