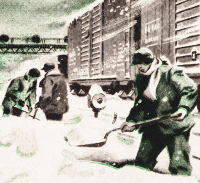 This post comes from the Christmas-themed issue of the Canadian National Magazine of December 1951. Back then, one could make a good case that railways were still the most essential element in Canada's transportation system.

... Transcontinental highways and interstate-style controlled-access freeways were not yet well-developed. Many Canadians, even if they did have cars, avoided the inconsistently-plowed roads in the winter months. Extensive broadcasting of road salt was unknown.

... Transportation by air had been recognized by the railways as a potential threat to their passenger business as early as the late 1920s. However, in 1951, most passenger aircraft were still powered by noisy piston engines and flying was comparatively expensive.

Why was this magazine published?

The technologies used by the railways in Canada still required large numbers of employees. Labour intensive systems in wide use during this period included:


With employees strung out across the country, often at very remote locations, a company magazine was essential to try to develop and maintain a sense of unity within this very diverse and scattered workforce.

Considering the 'corporate culture': the government-owned CNR was only about three decades old ... As an added organizational challenge, in 1949, a new Canadian province had just added its narrow gauge railway and coastal ships to the CNR transportation system.

An effort was made to include material for every member of the family, including the children ...

If the breadwinner only looked for articles about motive power or the names of friends who had just retired, their spouse might check the magazine for recipes. In leafing through the magazine, the latter might spot details about a employee benefit program which might be helpful to the family ... which the breadwinner might have ignored. N.B.: In most cases on the railway during this era, breadwinners were male and their 'spouses' were female.

The first article shown below states 'the railroad never sleeps'. For the children of running trades or other operating employees, their railway parent often missed birthday celebrations or Christmas - in contrast to most of their classmates in a large economically-diverse town. Well, the magazine article explained a little of the higher purpose of this unfair arrangement affecting their family celebrations.

Advertisements in this magazine promoted everything from 'capital goods' such as new diesel locomotives; to employee necessities such as railway-grade watches; to financial institutions and financial products; to expensive jewelry, food staples and cleaning products; to cigarettes - but not (see Rule G) alcohol !

... Both corporate decision makers and relatively well-paid unionized employees and their families were in the target audience of this publication and its advertisers. 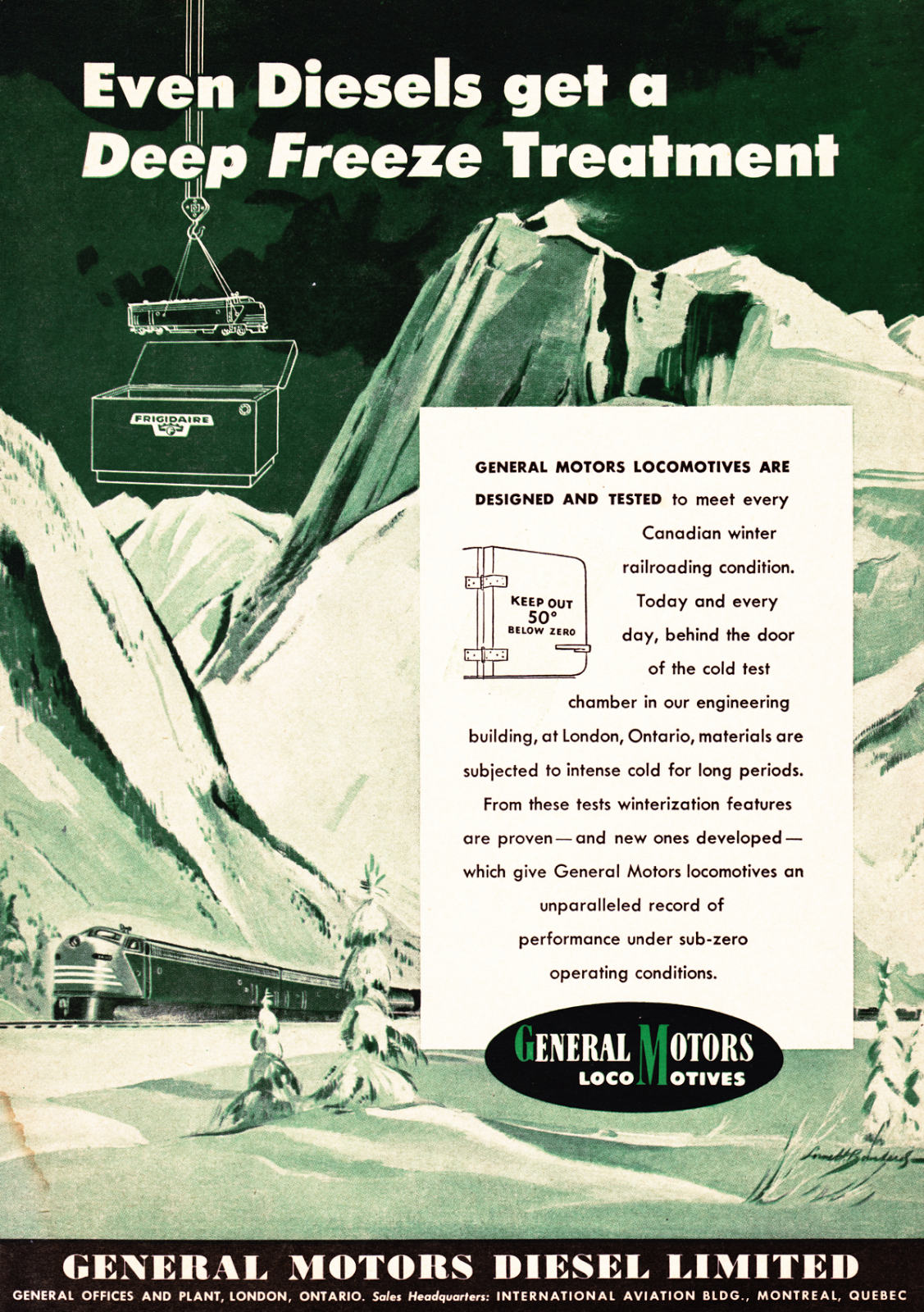 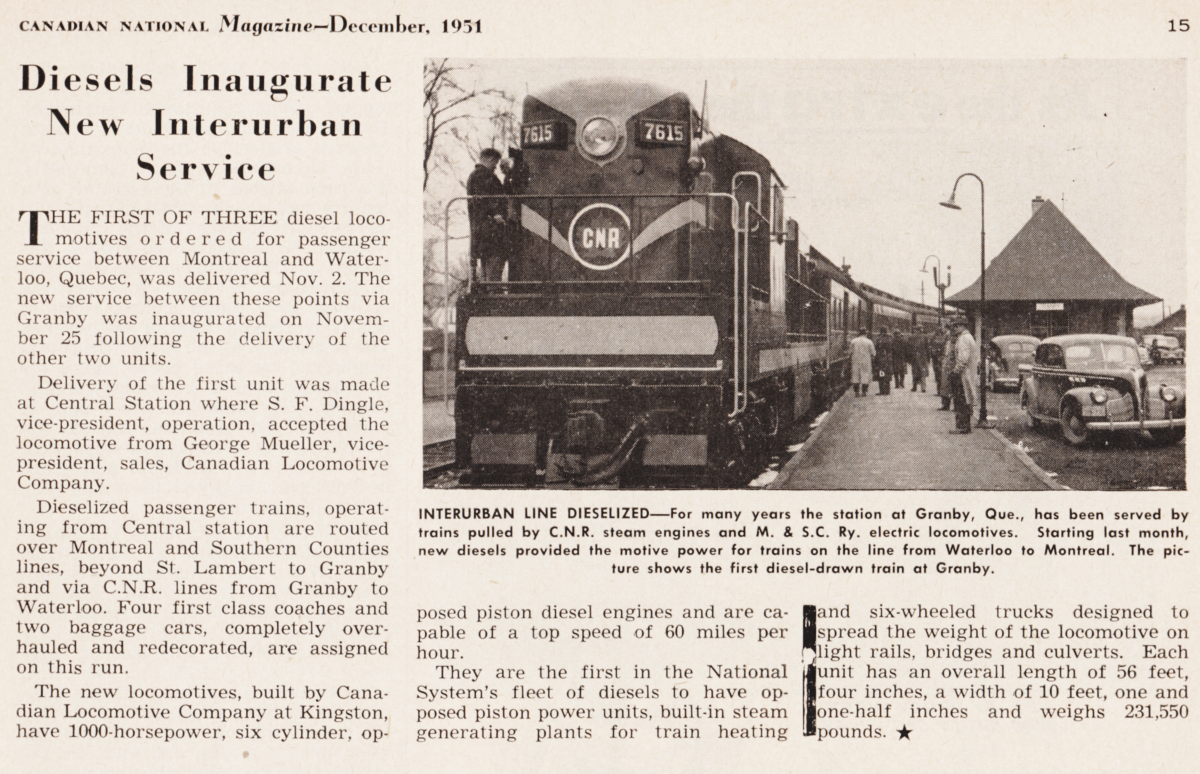 A single-page digression follows. My father purchased this early Omer Lavallee publication after a ride on the Quebec Railway, Light and Power Company to see the family's patrimonial landing site in New France at Chateau Richer. Below, you can see one of this railway's famous anachronistic stub switches.

Returning to the last two pages of the Canadian National Magazine ...