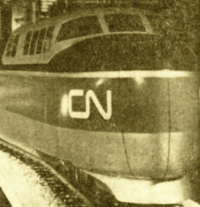 All of the clippings in this posting about the entry into service of the Turbo train come from my father's files. They span the time from 1965-66 to March 1972.

Approaching Canada's Centennial Year, as we massed for various coal-fired steam fantrips on the concourse of Montreal's Central Station, we would look up to back-lit advertising panels. A common promotional picture showed a distorted Turbo train image blended with nebulous coloured lights. That Turbo didn't look like a train - it was presented as more of a serpentine space ship.

South of the border, the American Apollo program to land humans on the Moon was in full swing. Previous one- and two-person spacecraft programs had run their course in the early 1960s. Educated through television images, our society had become space-minded. The Turbo looked like the kind of train necessary to meet the demands of our modern world. Unlike the 1950's fantasy of 'a flying car in every garage', we had come to expect NASA-like applied-science success in designing the equipment and completing the mission.

... On January 27 1967, as they practiced on the launch pad, the three Apollo 1 astronauts died in a flash fire which was intensified by the pure oxygen atmosphere of their capsule. NASA corrected the problems and humans were on the moon less than 30 months later.

Regarding the Turbo ... 'Ready for Expo' turned out to be as drastically false a hope as having flying cars in every garage.

'TURBO: There's a now-generation name with which to conjure in train technology. I first saw a blueprint for a dieselized version of this spinoff of Robert R Young's Train X in Terminal Tower, Cleveland, a dozen years ago while researching Who Shot the Passenger Train?'.

The underlying concept of the Turbo was based on Robert R Young's 'Train X' idea - which was published in Railway Progress in May 1948. The idea was unconventional, but maybe it was worth a try.

... The quantum leap (off a cliff) of the 1960s Turbo design involved using small, light-weight turbine engines for power. As the saying goes: When the only power plant you have is a turbine, every train looks like a Turbo.

While a lightweight source of power was essential in aircraft design ... after takeoff, the aircraft turbine would have no further contact with dandelion seeds, terrestrial dust, or ice and blowing snow.

The hubris of forsaking proven rail technology for modern aircraft technology will be explored by contemporary experts in the next couple of posts ...

Here are some artifacts which tell of Turbo's comings and goings ... 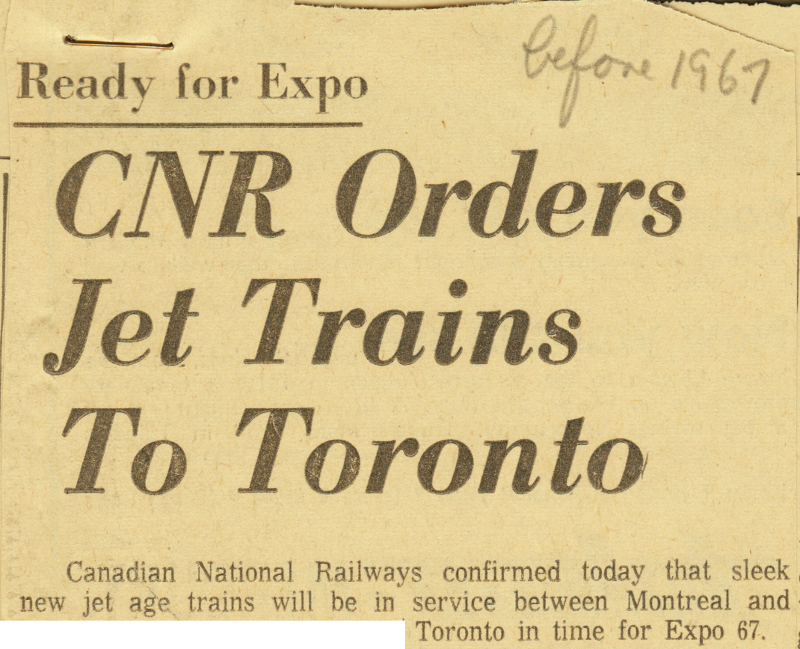 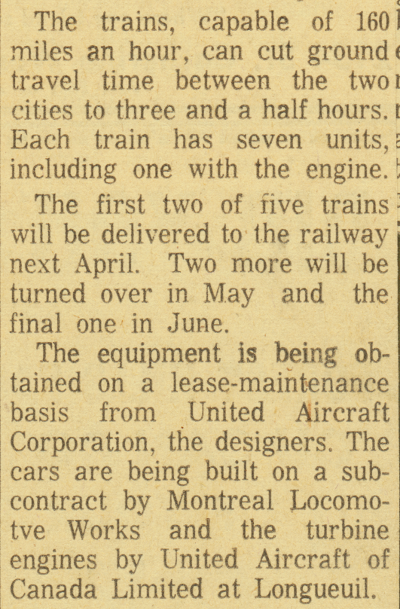 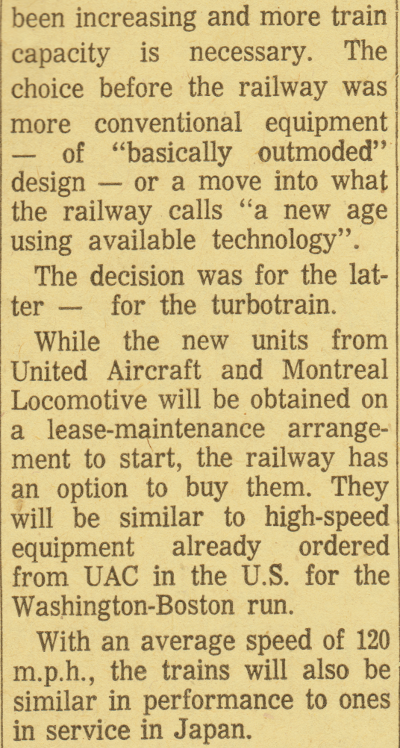 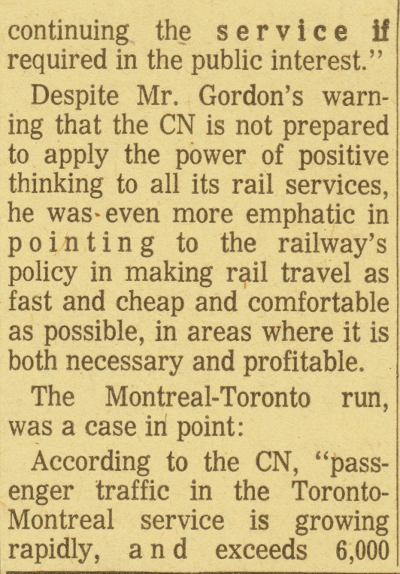 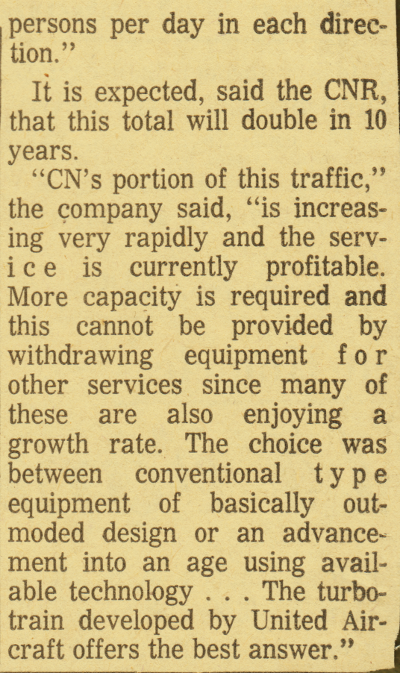 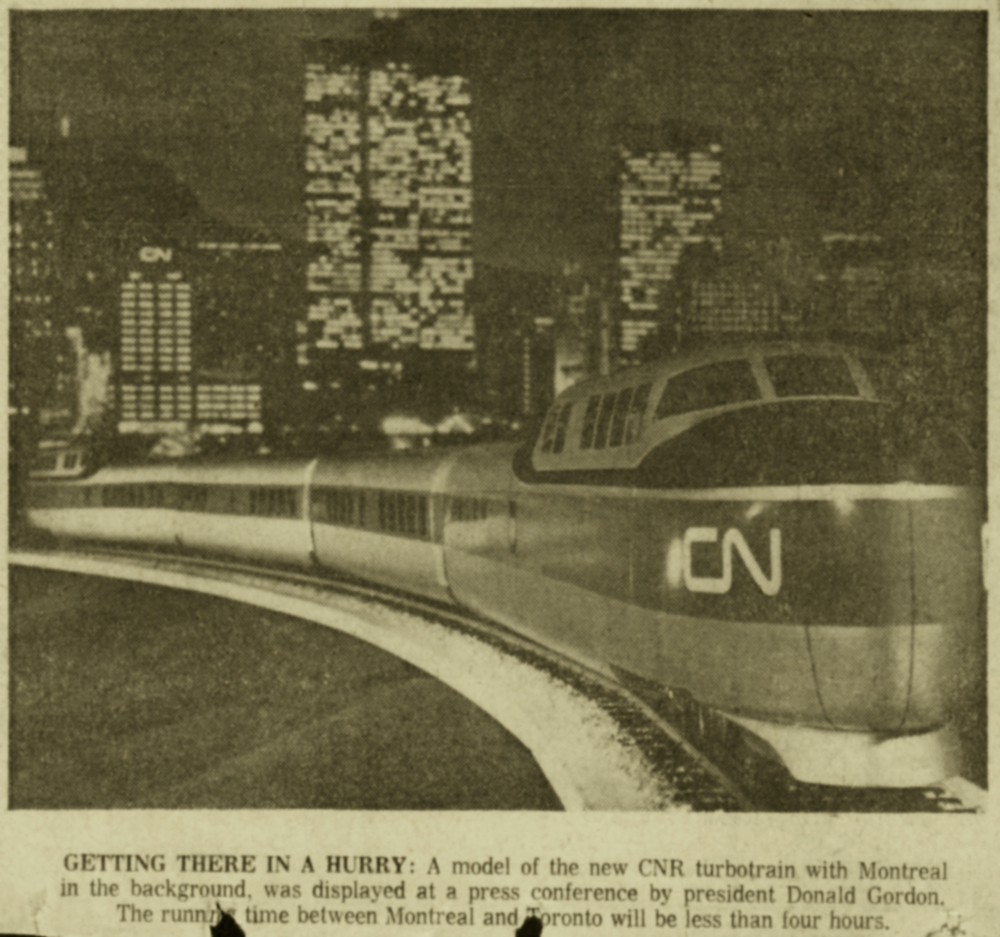 An apocryphal story, printed years later in the Gazette,
stated that it had been hoped to have Prime Minister Lester Pearson
arrive from Ottawa in the Turbo to open Expo 67. 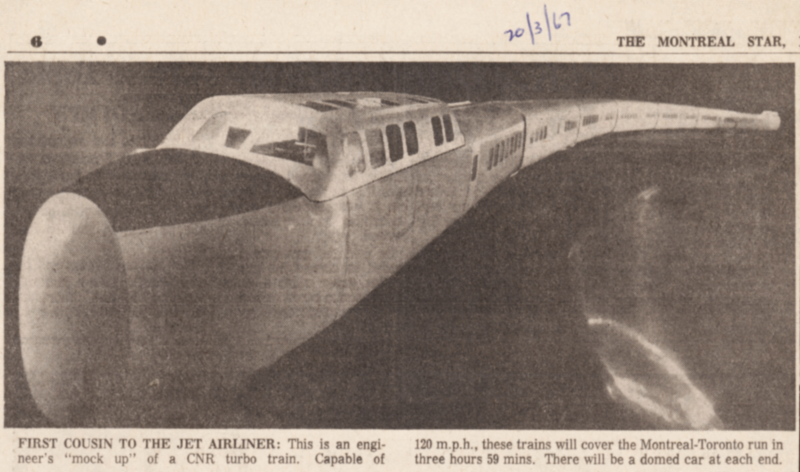 Above: A cropped version of the panel seen in Central Station. 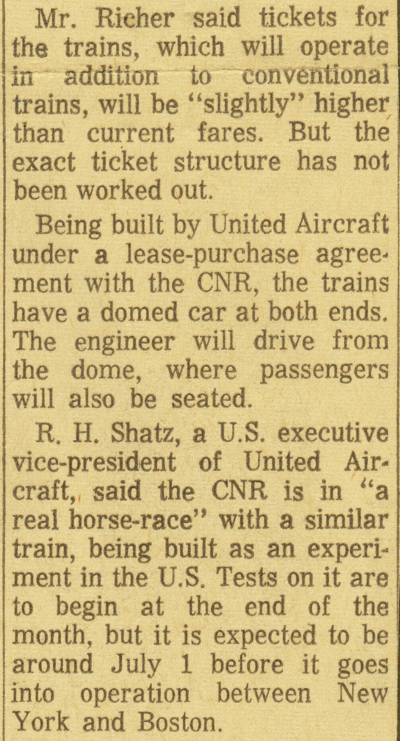 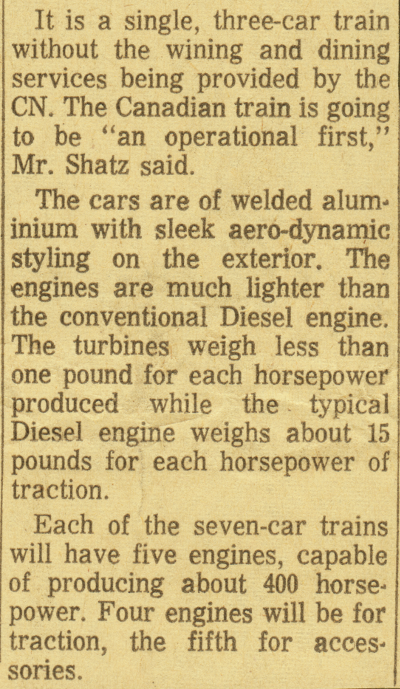 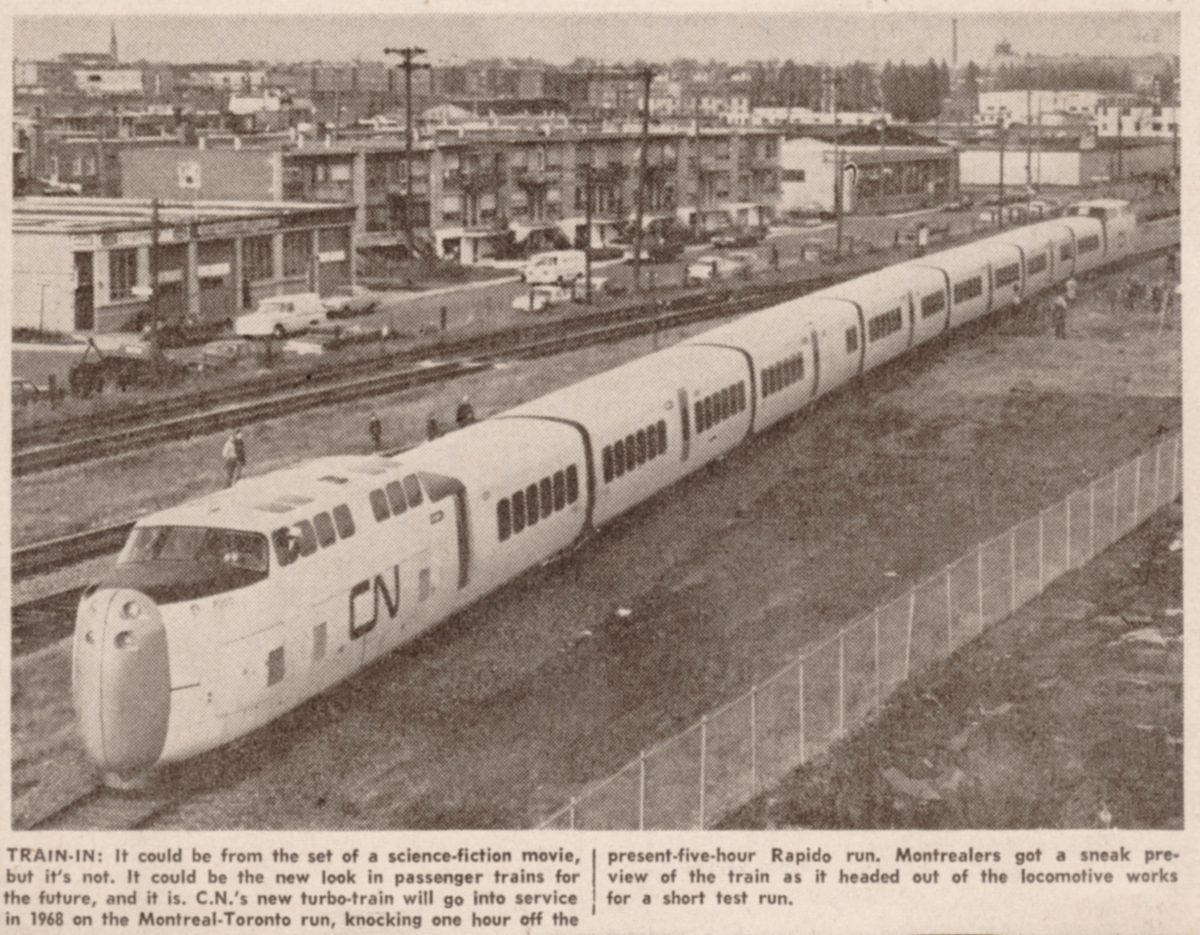 12 inch by 16 inch advertisement in the Globe and Mail