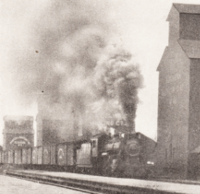 With the first frost arriving in the Prairies around mid-September on average,
I am unusually topical with this post about The Big Grain Rush. 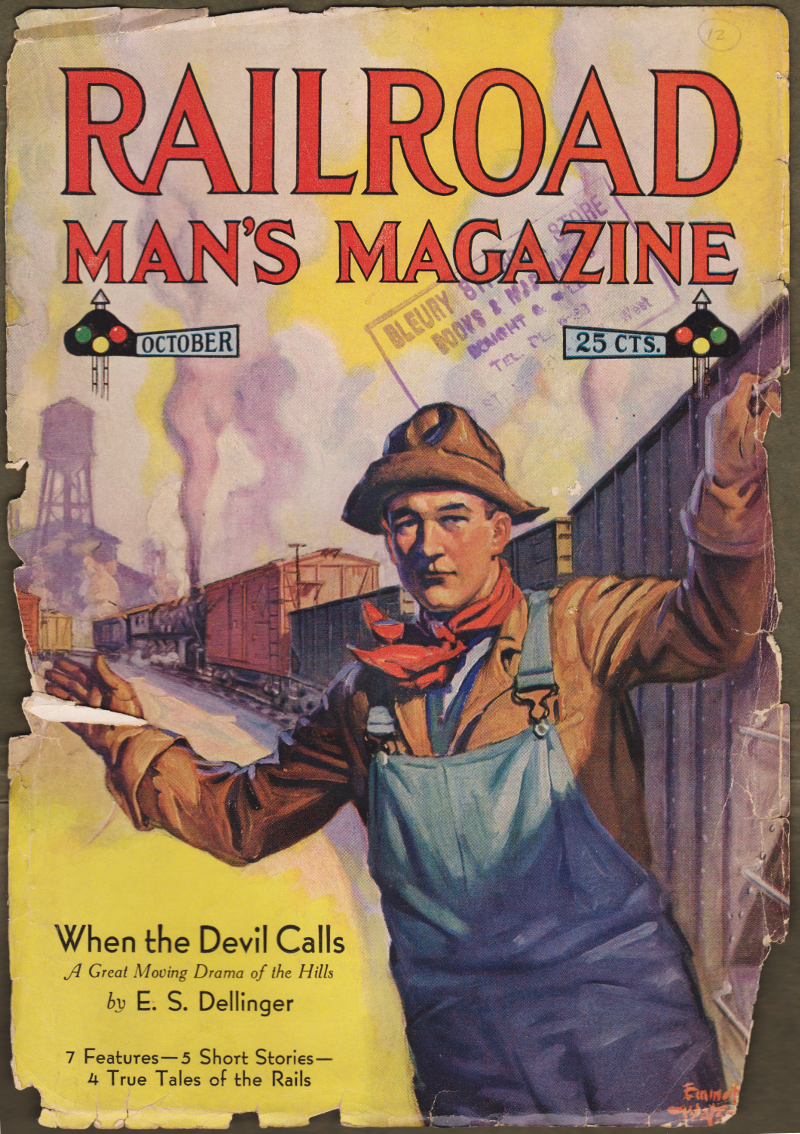 If you were to tell me that the brakeman shown was inspired by Marion Robert Morrison early in his career, I would be inclined to agree with you. Do you find that graphic artists often have trouble with rolling stock perspective?

It is impossible to determine how many people owned this October 1930 magazine before I acquired it a railway show. It is possible to state that it spent some time in a basement. The stamp with the Montreal telephone exchange in letters (PL - Plateau?) suggests it was sold/resold before the 1960s.


Where possible, I have tried to enhance the images so historical details can be seen. Sadly, 'everyone's favourite Canadian Northern photograph' at Dauphin was too dark.

There are interesting historical details about railway and farming processes in the following article. In particular, the shifting of running trades employees to different geographical locations and the temporary promotions of qualified employees to meet high traffic demands are described.

For students of the history of that era, the magazine date suggests the hard times have begun - in spite of the article's boosterism and cheery tone. The Great Crash of the New York stock market had happened one year earlier. Some contemporary graphs and descriptions follow the article. 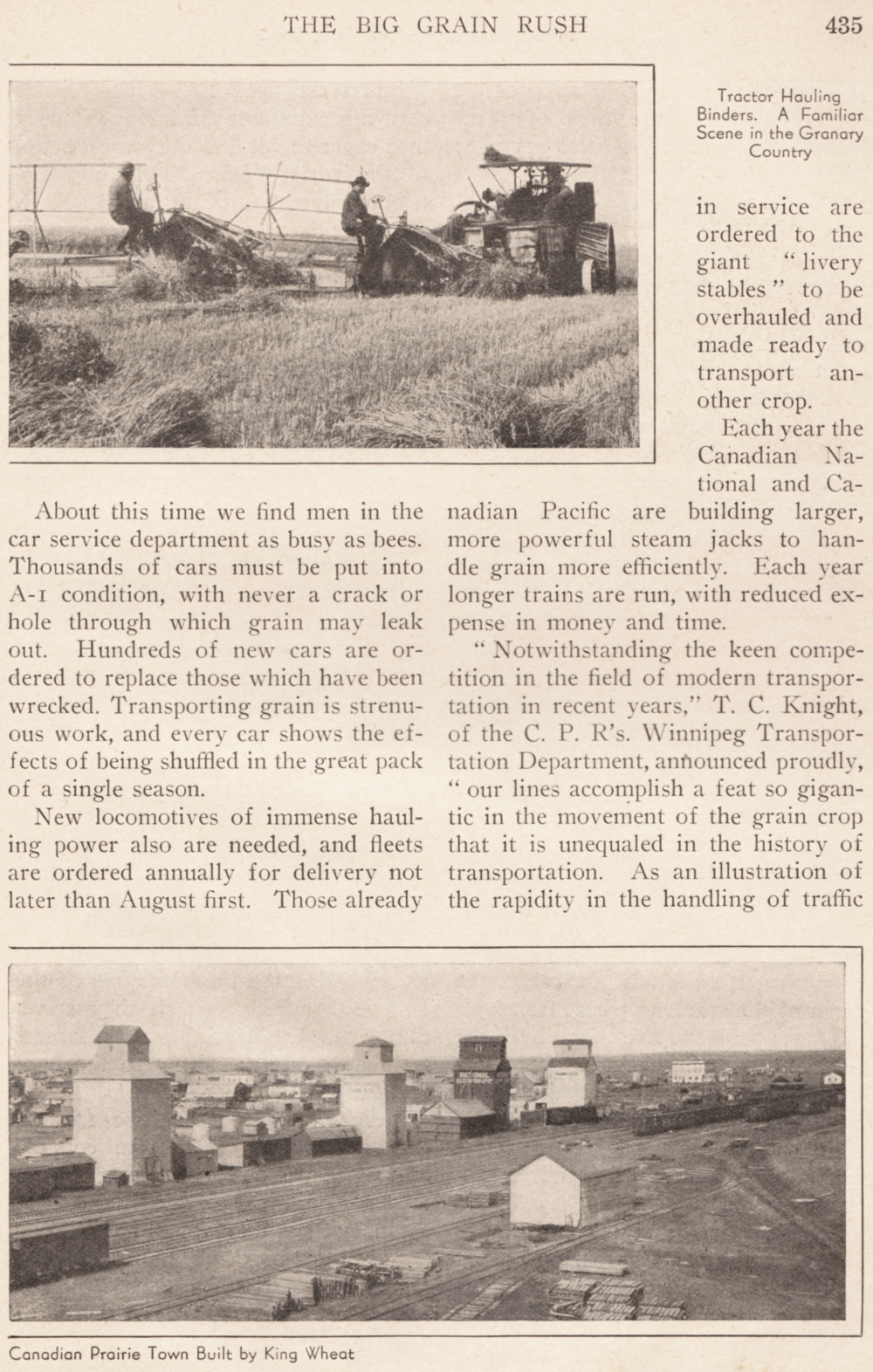 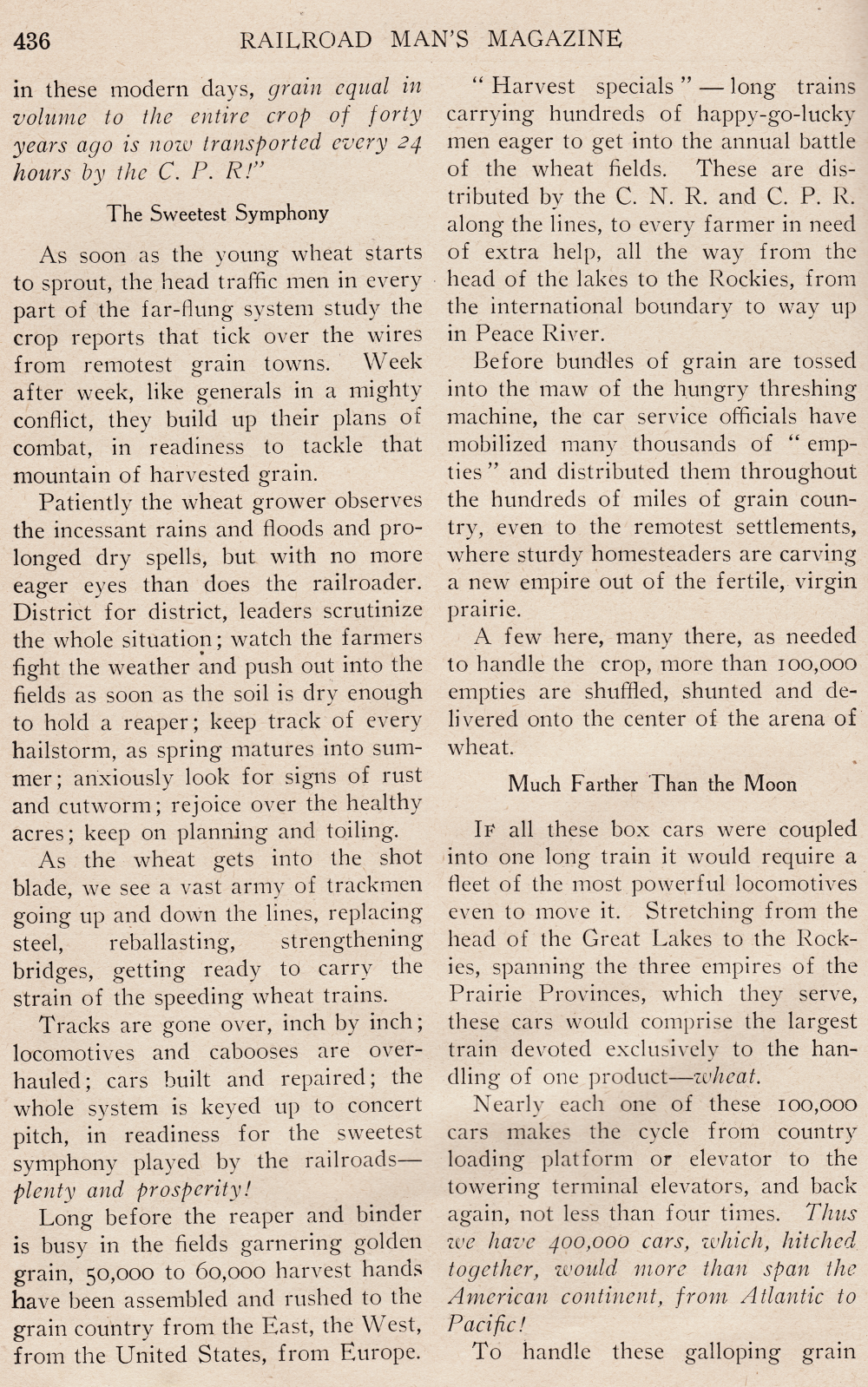 Gratuitous Optional Extra:
i.e. You don't have to read this!

A Rough Financial Context of the Historical Times


The late 1920s were typified by riskless gain on the stock markets - but investments are never totally riskless. If you were an investor, these speculative gains could be increased by using money borrowed from your brokerage firm to increase your purchases. You were only required to provide a portion of the purchase price of your favourite stock, you paid interest on this loan, and you had to provide more money to the brokerage firm if the collateral value of the stock ever went down. This was a 'margin loan'.

The demand and high return from margin loans eventually warped the capital markets - from the perspective of the lenders. Corporations and financial institutions were eventually fuelling stock market speculation by diverting their monies for investment to the stock market through 'investing' in margin loans. But while their normal investments in government bonds, gold or productive tangible assets would be relatively prudent, the underlying assets of margin loans were equity securities whose values had been inflated by speculation.

... Before the US Securities and Exchange Commission was established, there was little regulation to ensure that an 'investment fund' actually contained any stocks at all - even ones of inflated value. There were funds of funds built on pyramids of credit. In the past, they had always seemed to increase significantly in value.

Added to the wonder of never-ending stock market riches was the magical innovation of consumer credit. During the 1920s, the new concept of providing small loans to households ... to encourage the immediate purchase of new labour-saving electrical appliances and automobiles ... stimulated the economy and created jobs. You could buy now and pay over time through a schedule of affordable payments.

When the stock market faltered at the end of October 1929, there were multiple waves of 'foreclosures' on the stock bought on margin. The income from stock market gains was eliminated for the investors from 'Main Street' and all the money they had invested using margin loans was lost. (It had become impossible for the investors to satisfy the legal terms of their margin loans by supplying cash so their stock positions were 'sold out' by the brokerage firms.)

When the brokerages and other participants in the margin loan market (eg. banks) took possession of that foreclosed stock, its value was rapidly falling through the floor with no bottom in sight.

When Main Street investors had lost their investment assets and the income from them, it was often no longer possible to keep up payments on their autos and appliances bought on credit.

When the companies manufacturing autos and appliances saw demand for their products collapse, they laid off their workers. So did their suppliers and their other business partners.

Almost all of society had become consumed by the 'miracle' of the stock market and consumer credit. Few foresaw, or were prepared for, the bursting of a speculative financial bubble.

... Eventually 'adult supervision' in the form of new institutions and regulation created by the US Government led to a cautious renewal of confidence in the US capital markets. A disastrous world war which killed 60 million people renewed economic demand and brought back economic prosperity and industrial innovation.

The illustrations below come from the Canada Handbook of 1937. 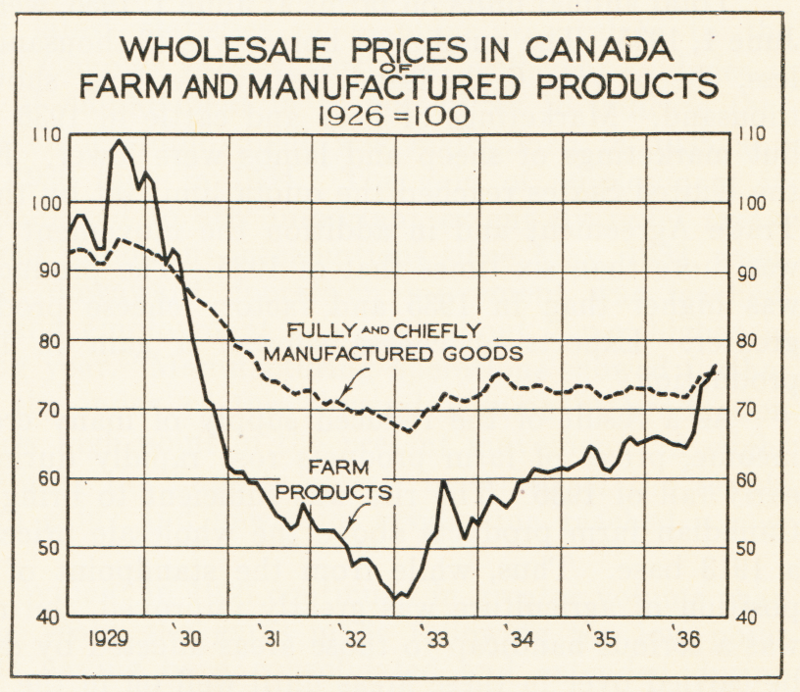 You can see the drastic decline in farm prices during late 1930 - when the Grain Rush article above was published.


There were also natural calamities affecting The Big Grain Rush. 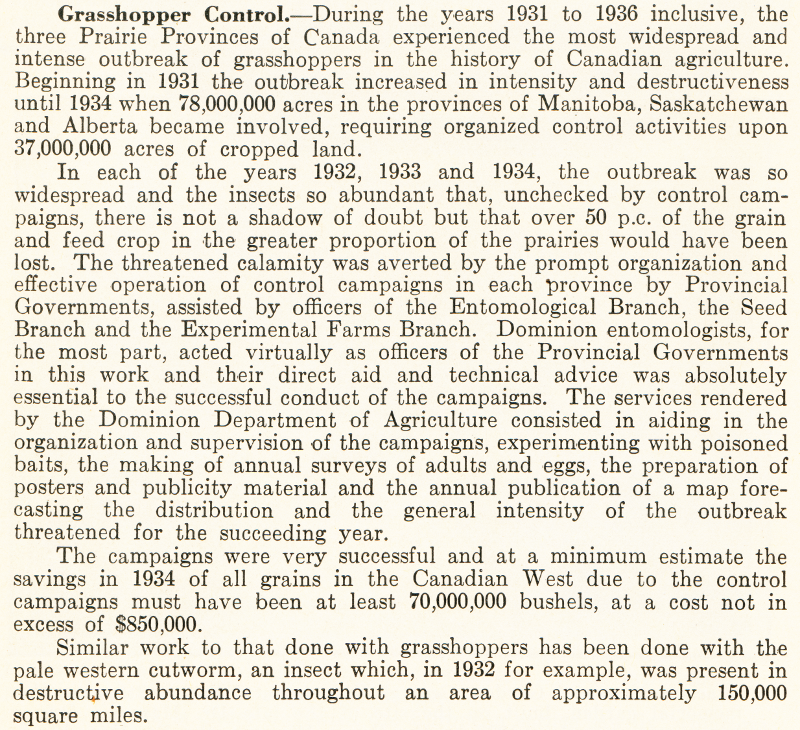 From the hindsight of 1937,
you can see how industrial production collapsed in many countries during the 1930s
and how and when it was revived.

To some extent, the three 'tides' above raised their neighbours' and partners' economic 'boats'.

Frank Crumit's song - A Tale of the Ticker