In 1984 we took the British Columbia Railway's 2860 excursion from North Vancouver to Squamish.
With our rental car, we made a pilot trip to locate the station and to take some photos.
I photographed the train facing into a foggy sun, by the looks of things.

We were fortunate to be able to ride this car in both directions.
Somewhat like the '200 year old historic axe' - which has had its head and handle replaced several times,
this car was 'built in 1914'.

Day of the Excursion 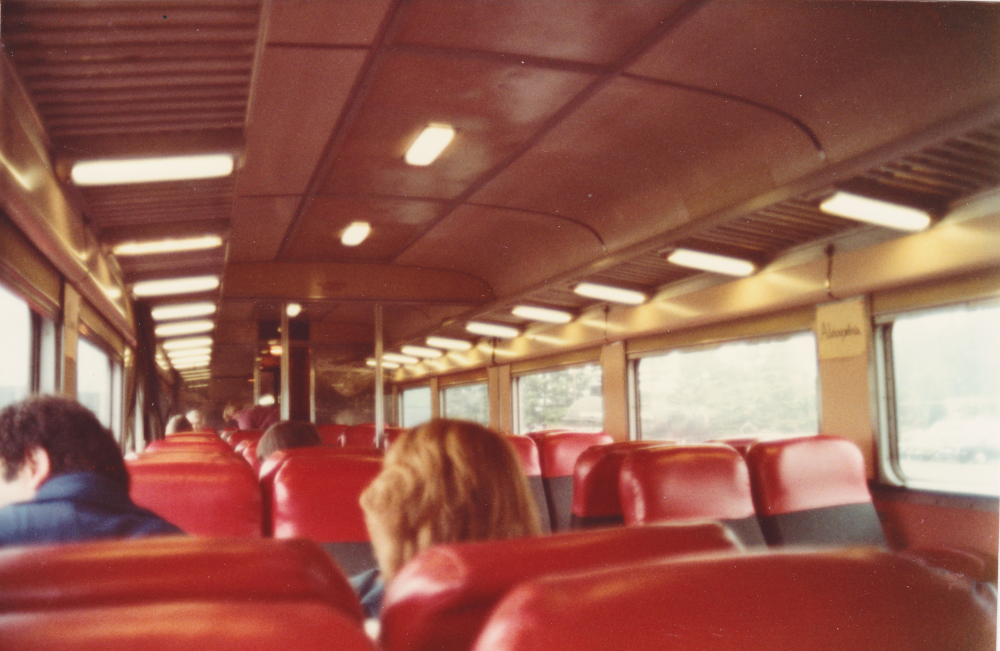 Our assigned car was a CPR coach built in 1950. 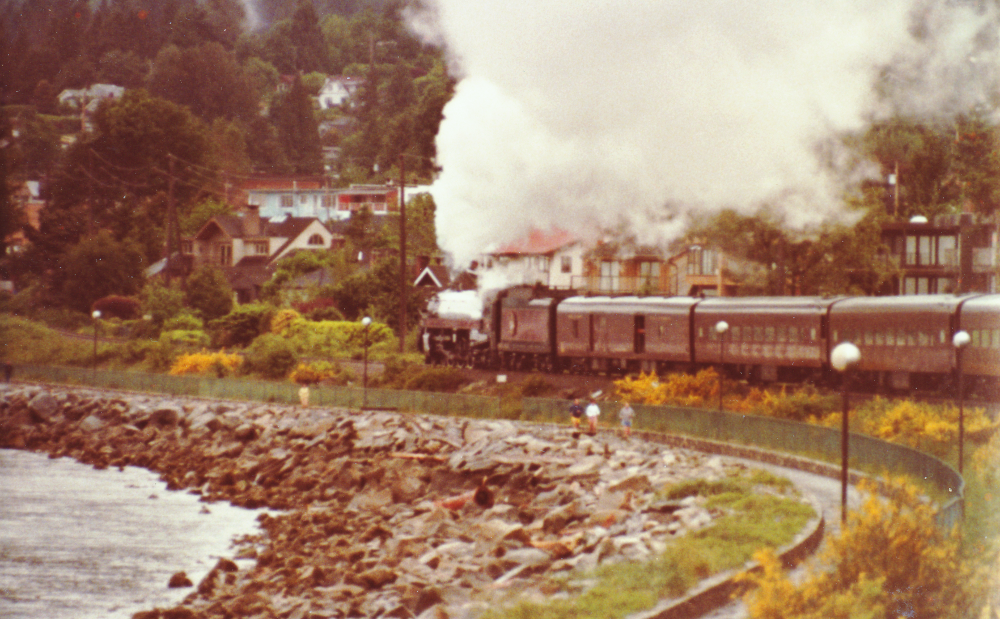 We are leaving North Vancouver on a misty, rainy day.
Contemplating the technology: the volume of the locomotive's exhaust is clearly visible in these conditions. 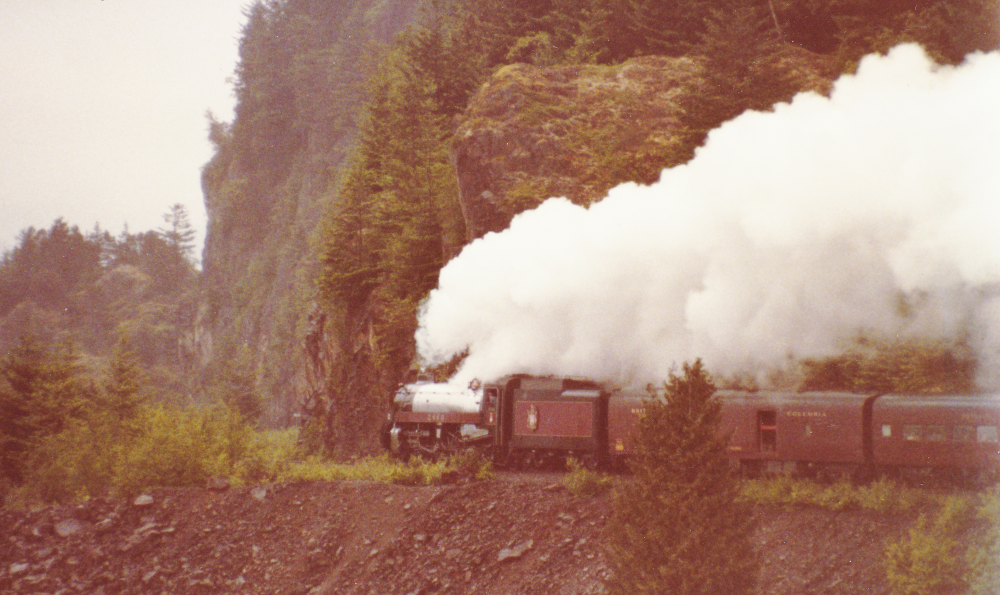 The baggage car houses a Caterpillar engine for hotel power.

Although it is obviously an 'Eastern Canadian flatlander perspective'
this locomotive seemed too large for such a winding, cliffside route.
However, it made photography fun and easy.
It was a great trip. 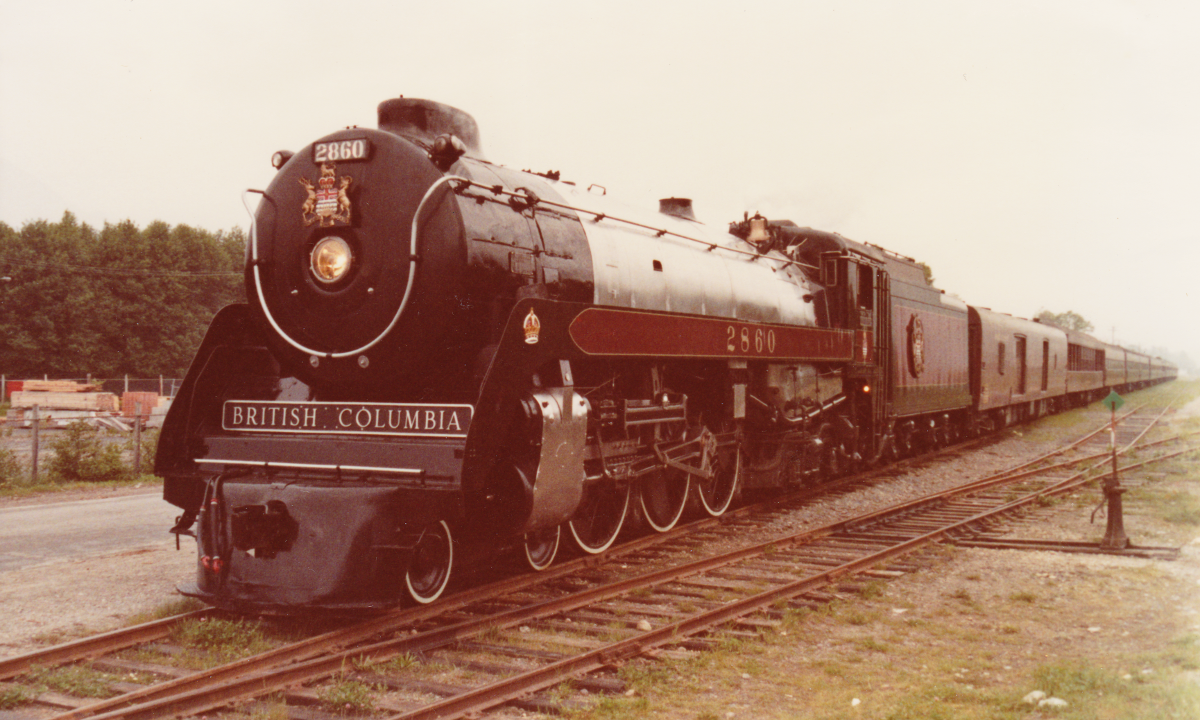 At Squamish, the engine and the power car were wyed and coupled to the train for the return trip. 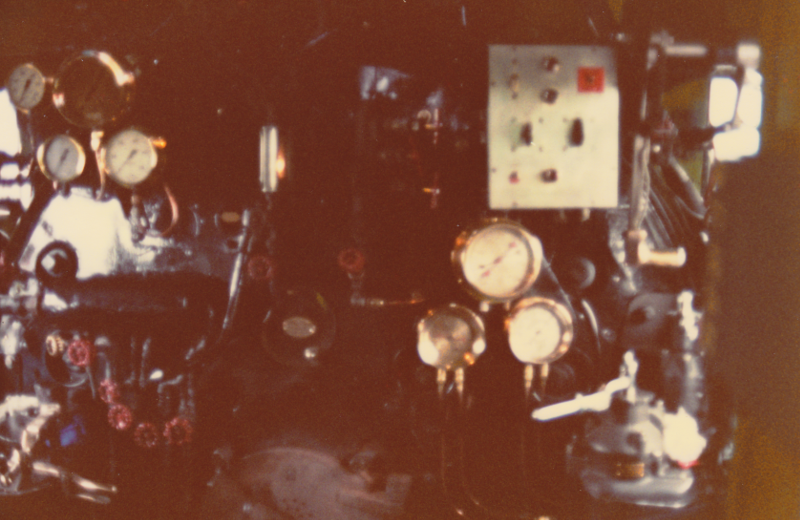 A friendly crew greeted visitors to the cab.
The MU panel to the left of the throttle is an interesting feature. 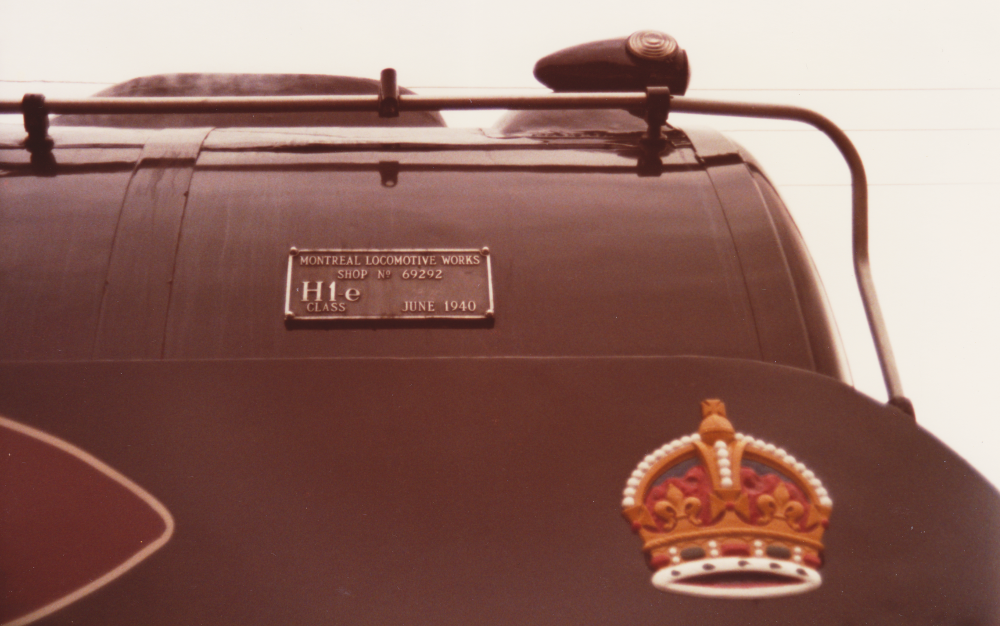 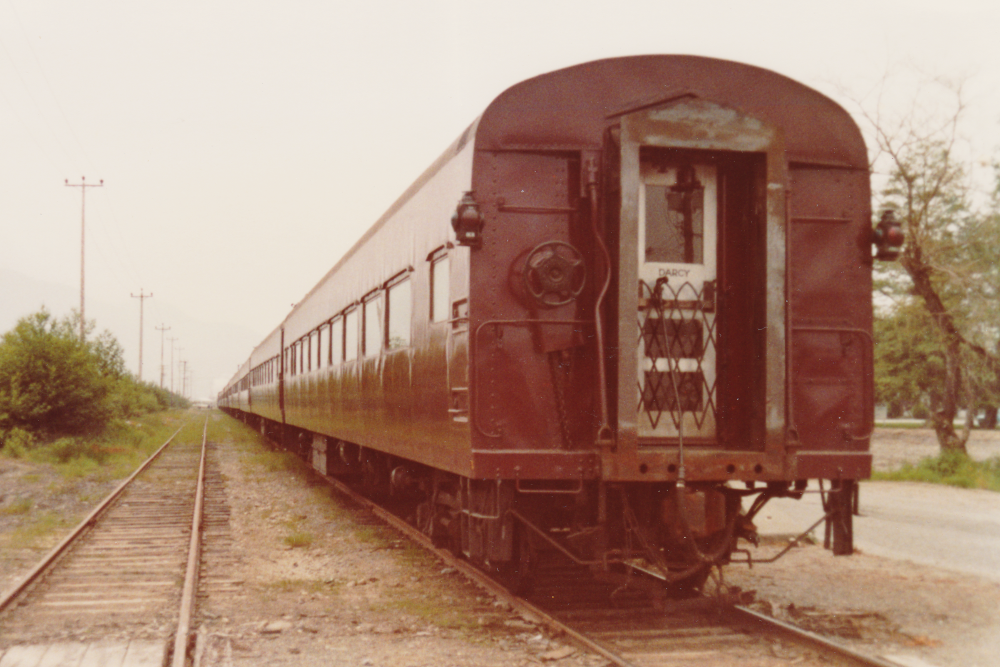 The view of the tailend before departure. 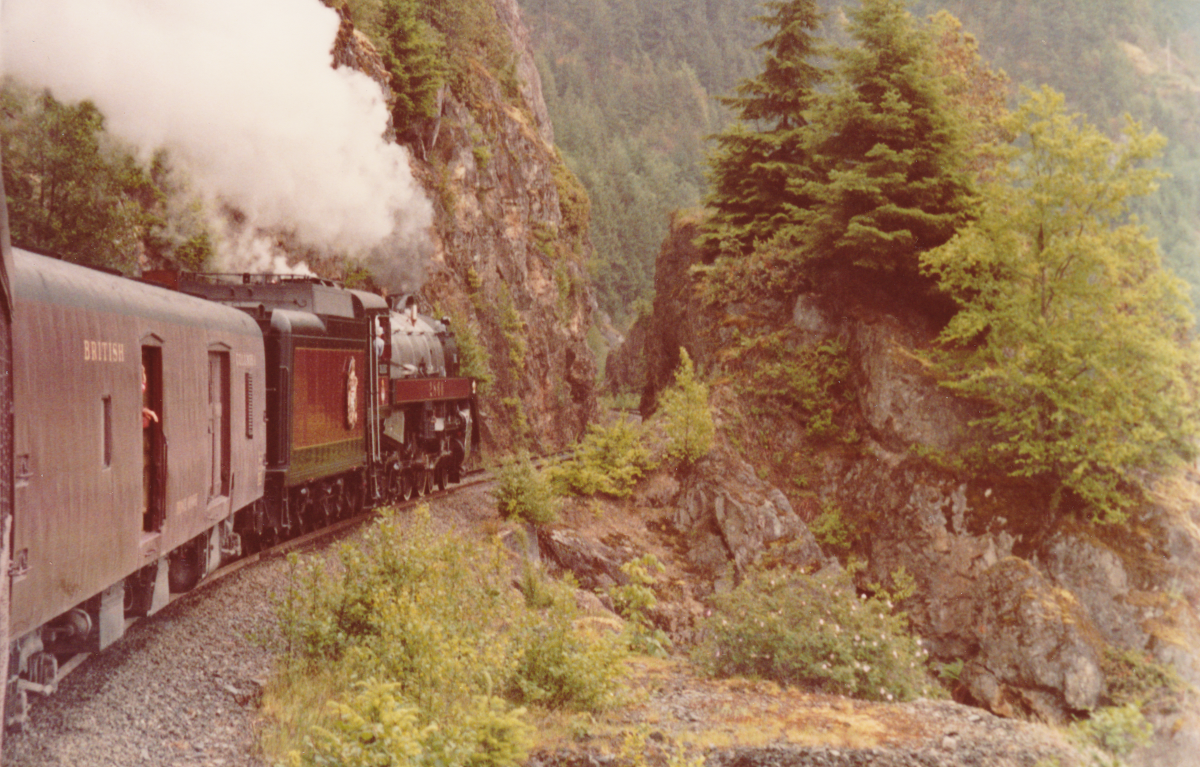 On the return trip, the open air car was second, and photography was still fun and easy.

Back at North Vancouver the fireman checks the oil.