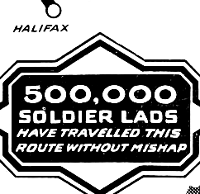 This post looks at the railway system around Halifax before and immediately after the Halifax Explosion of December 6, 1917.

Previously, a post looked at Halifax during our visit in 1982. Jim Christie forwarded additional material from the professional journal Canadian Railway and Marine World  at archive . org from 1914 on the Ocean Terminals which I appended to that post.

Jim kindly sent additional references from early 1918 on the Halifax Explosion. They caused me to explore that volume further and both sets of research appear here. A subsequent post will wind-up Halifax for the moment, with post-war historical information which I'd like to share.

The postcard above includes the location of the Explosion in the 'Narrows' of Halifax harbour. The Intercolonial facilities and terminal are shown here. The card is based on a daytime photo which has been colourized to simulate night.

The multi-storey dome at the extreme top left is that of the North Street Station. The large distant building at the shore with a smoking chimney is a sugar refinery.

Coaling the HMS Ariadne c1900, Halifax.
This Royal Navy cruiser was launched in 1898 and was torpedoed in July 1917 - a few months before the Halifax Explosion
(A warship can been seen docked at this location in the postcard above).


A sister ship of this class, the HMS Niobe, became the second ship in Canada's 1910 'tinpot navy' of two vessels. The HMCS Niobe was docked in the harbour on the morning of the Explosion. A crew of seven sailors from the Niobe - intending to assist in managing the burning SS Mont Blanc - was killed by the Explosion as they boarded the ship.

Just before the Great War began, on the west coast, the HMCS Rainbow (Canada's other second-hand warship, launched in 1891)
became involved in the Komagata Maru incident.


The map below is from a Government of Canada atlas from 1915. The Intercolonial terminal and station are clearly shown. A constituent of Mackenzie and Mann's Canadian Northern system, the Halifax and South Western can be seen approaching from the bottom of the map. A better map with more detail on the railways and harbour follows below. The general layout of Halifax is presented well with this map - north is off to the top left.

The new Ocean Terminals, whose development was modified and accelerated by the devastation at the Narrows, are represented by dotted lines at the right by Point Pleasant.

This advertisement is provided for Canadian Northern fans, to show a variation of the railway's herald.


You've all seen mushroom clouds before, but this cloud of water vapour and gas was something remarkable back then.

The Halifax Catastrophe (at archive.org)

This event is well-documented.
This was the only reference I could find to it
in the newspapers at the Google News Archive Search.

By the time the account below was written - referring to the Canadian Government Railways - this fore-runner of the CNR had begun to gather up the CNoR and other private enterprises starved for capital by the Great War. 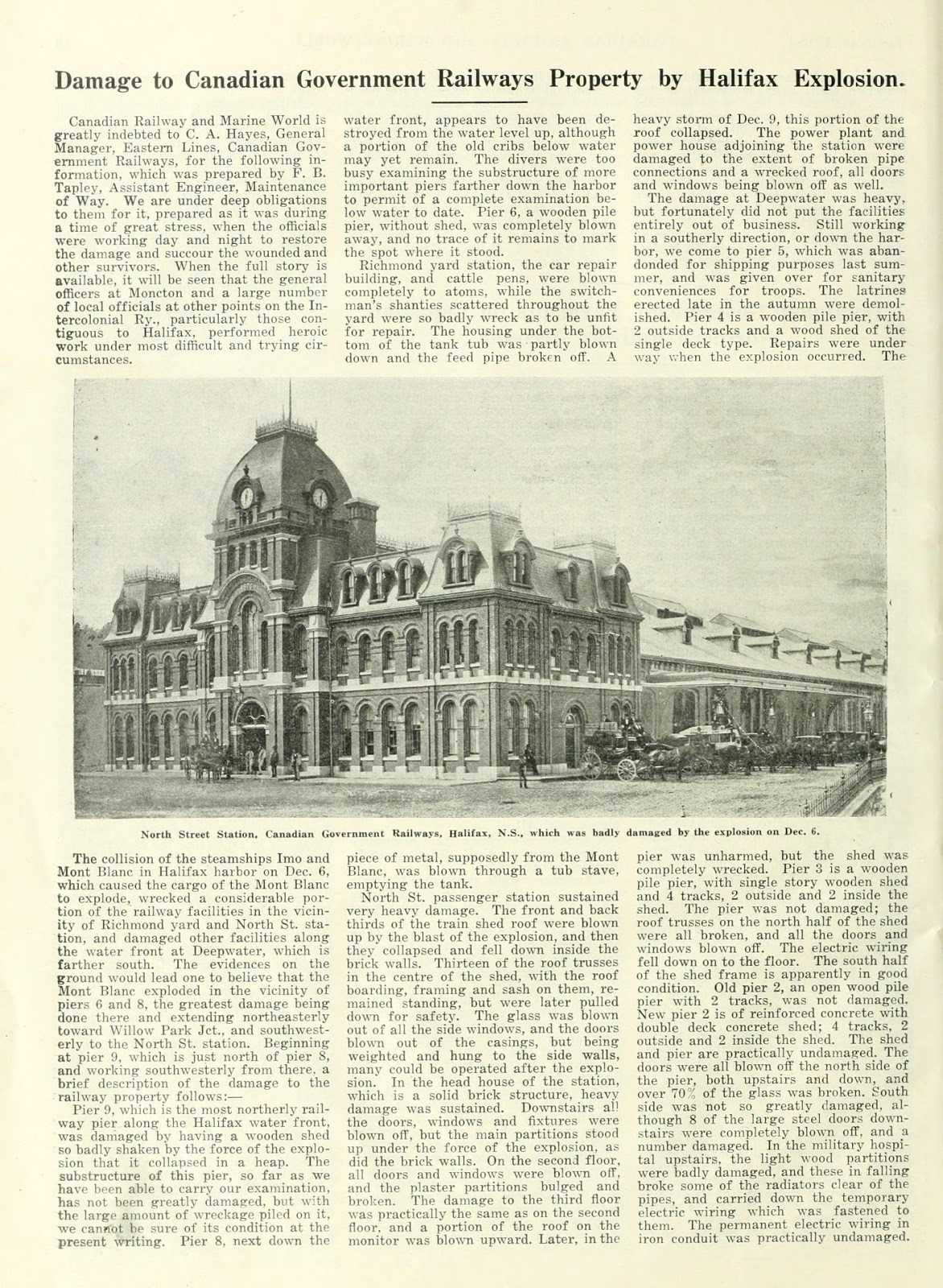 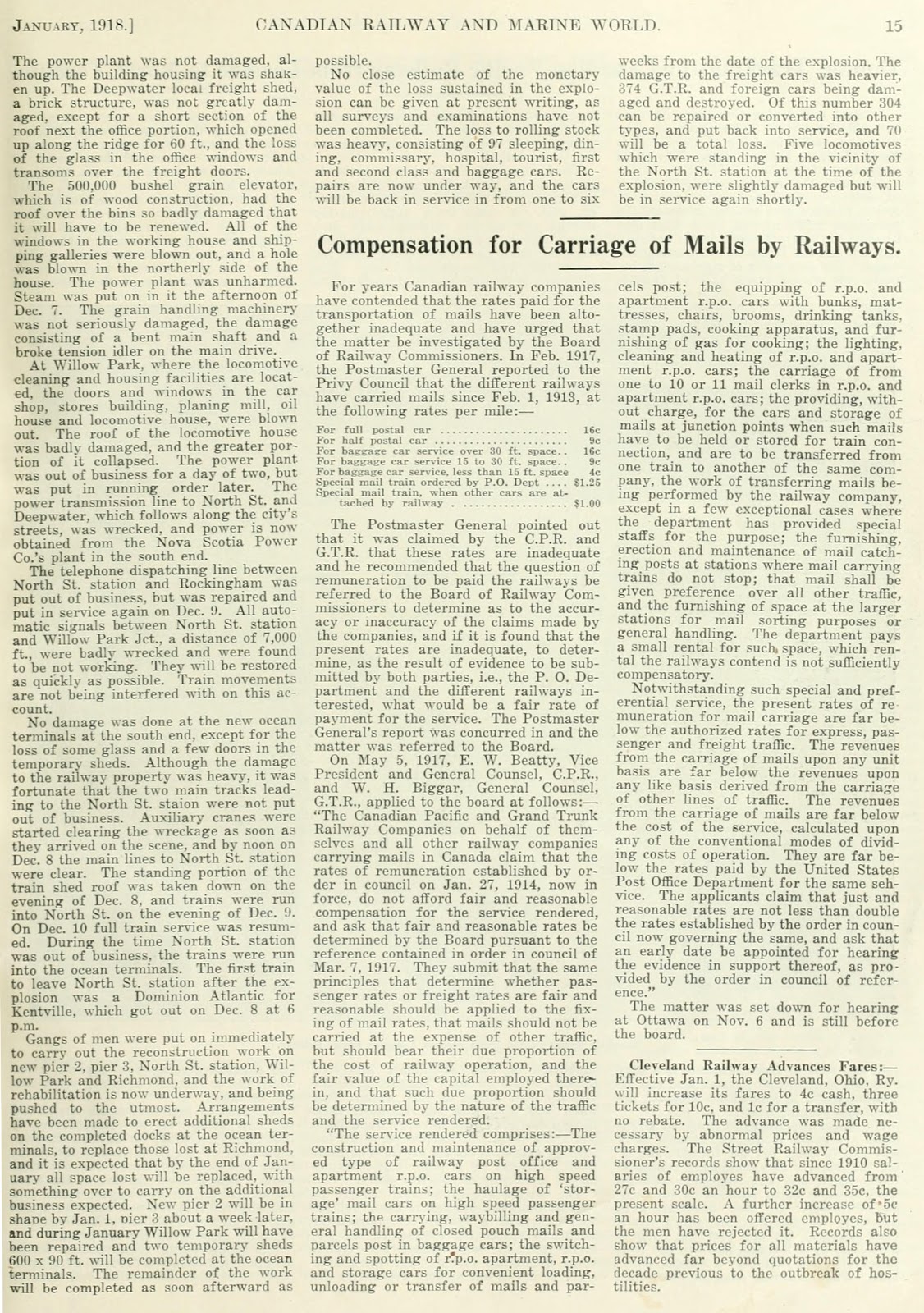 A point which Douglas NW Smith raises in his 1992 Canadian Rail article on the Explosion, is that the area of Halifax behind the hill on which the Citadel stands suffered less damage as the blast force was redirected by the hill.

One point I can add from reading extensively about the strategic bombing of Europe during World War 2 ... railway lines are remarkably resilient. Full terminal operations and high speed through traffic may be difficult to restore quickly, but a single simple railway track can be put into service within hours of heavy blast damage. And unlike strategic bombing, Halifax railway infrastructure experienced more of a horizontal force ... rather than large quantities of high explosive designed to form deep craters.

A particularly tragic aspect of the post-blast period was that a blizzard swept through the area depositing over a foot of snow. This made the rescue of people trapped in collapsed buildings more difficult and interfered with the arrival of trains bringing medical personnel and supplies.

The contemporaneous map above is included in an excellent, detailed article (referenced above) by Douglas NW Smith in Canadian Rail which was published on the 75th anniversary of the Explosion. The map above is reproduced from the original, but you can also find the article linked to the Exporail website - where you'll find all the previous editions of Canadian Rail.

The Dominion Atlantic Railway ran into Halifax on ICR/CGR rails, and you'll notice the junction switch marked between the Halifax and South Western and the ICR/CGR. 'X' marks the location of the Explosion. Smith's article includes data and photos from the Canadian Railway and Marine World articles. 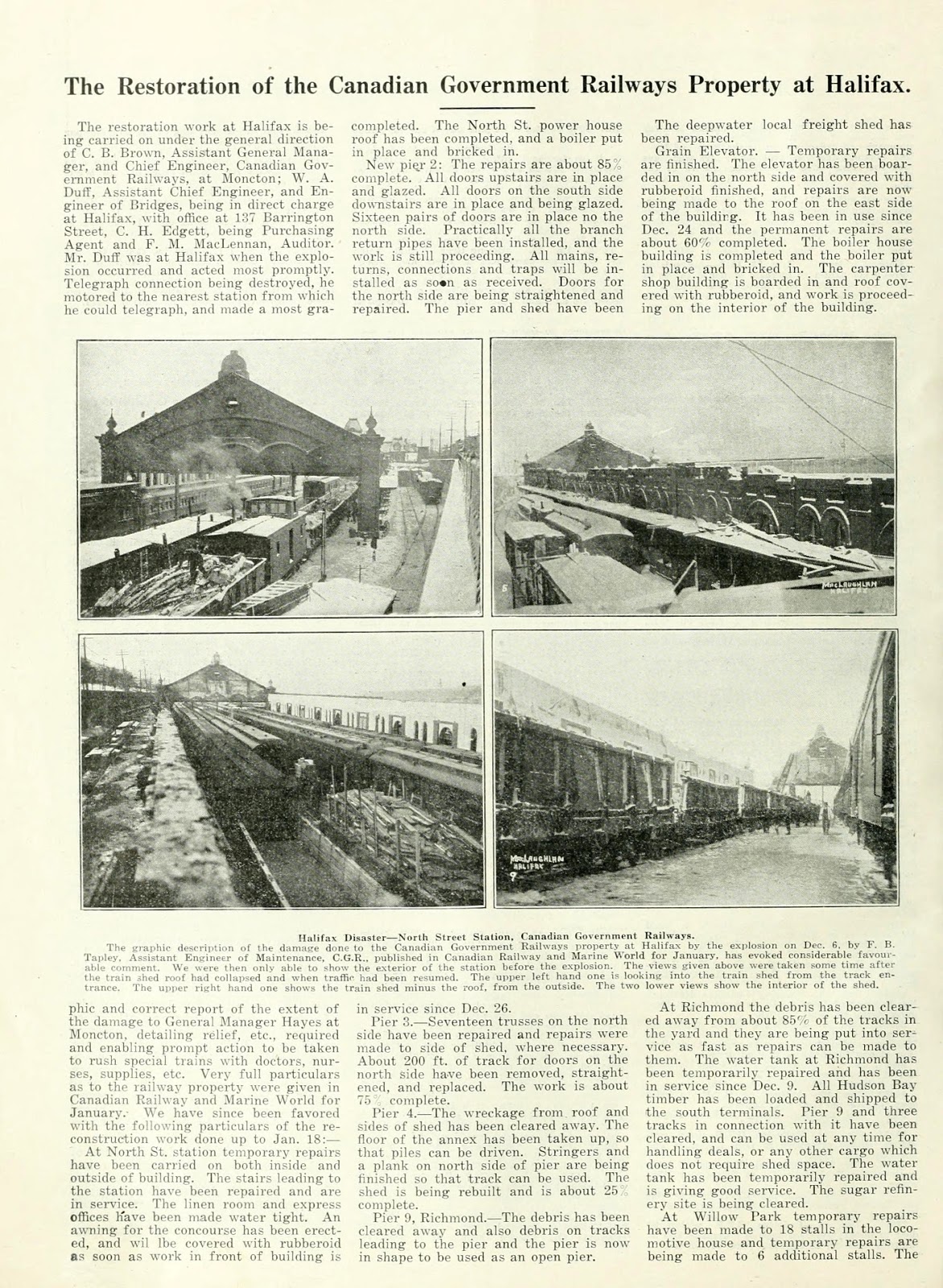 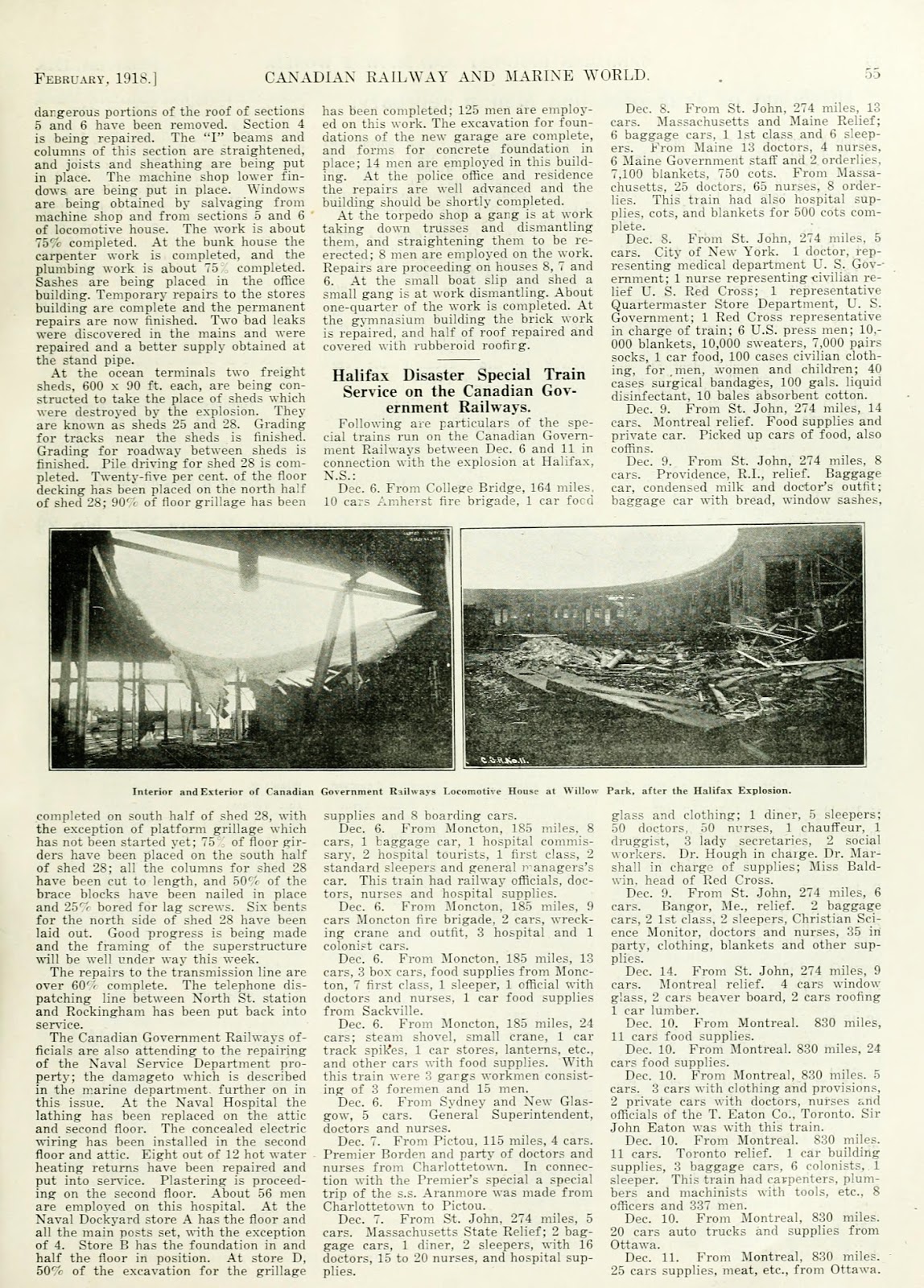 The account above gives a good summary of the relief trains which were brought in on the Canadian Government Railways.

The next post on Halifax will include data from a 1923 government reference book on Canadian ports. It gives an extensive description of the port facilities and activities around Halifax, showing developments completed after the war.

The book is a professional reference for ship masters and there is no mention at all of the Halifax Explosion which occurred just six years earlier.


The map above shows Halifax harbour circa 1923.
The development of the new Ocean Terminals to the south is given prominence.