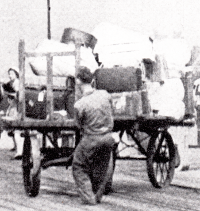 Baggage cars seldom get much attention in the books and articles written about railway history. When it comes to headend traffic, mail and railway post office cars (RPOs) are much more glamourous.

What do historians and readers find so interesting? It may be the idea of mailbags caught trackside at medium speed by a moving train. Or, it is the often 'just in time' mail sorting performed en route on a high speed train. In addition, working as a railway mail clerk was a professional requiring unique skills, experience and expertise - and a lot of memory work.

Compared to the clever design efficiencies of the RPO, baggage cars are exceedingly plain. However, baggage cars were particularly important before the development of reliable road transportation and air travel. Back then, virtually everyone and everything travelling on land went by rail. When people travelled with oversized items, it was usually a simple and reliable process to check large items before departure for transport in the baggage car.

... As immigrants arrived in Canada, the bulk of their personal belongings - those which could not be brought into the colonist cars - were often checked in baggage cars.

... Before the modern model of flying and renting a car - and before the highway system was developed - salespeople and others travelling on business often needed to check samples and supplies.

... Back when celebrities, politicians and other important people 'travelled heavy' - particularly when they were to travel overseas by ship - their steamer trunks of belongings and oversized hats would be freighted along in the headend baggage car.

From the title page of the 1927 CNR 'rulebook' below, you'll conclude that there were other important functions baggage cars performed during the first century of Canadian railways.

It was quite difficult to find reasonably representative photographs of 'passenger baggage' wagons beside baggage cars to show you the CNR baggage handling of 1927.

Above, at Durand, Michigan in the 1940s, CNR subsidiary Grand Trunk Western provides a view of a wagon carrying mainly passenger baggage items, being moved into position by hand (typical), as a fast passenger train arrives.

Generally, the passenger train engine crew, and the conductor and brakemen, were experienced senior running trades employees who had used their seniority to bid and win particular passenger work assignments.

The railway practice of having a brakeman staffing the baggage car was still observed when our class of aspiring CPR trainmen was being trained at Schreiber in 1977. Our instructor told us there was a position coming up for bids on Number 1 (The Canadian). Still on probation, none of us would have had a chance to work on a passenger train. Nonetheless, we were told that it was a 'good' (easy) job - the main thing was to make sure that your checks matched up with the items being carried.

To give you an overview of the scope of this 100 page publication of baggage car traffic rules, here are the first two pages of general instructions.


From the right railway and the right era, here is a photo from the early 1930s on the CNR. In a desk drawer, or in a coat pocket, the station agent probably has a copy of this 4 inch by 10 inch book in which the rules for handling baggage are laid out.

The 'George (Georgius) Rex' Royal Mail wagon with mail sacks isn't all that uncommon in photographs. It looks as if most of the passengers are handling their own bags here.


The primary focus of this post is to present the rulebook's interesting photographic illustration of baggage types. These might be used to process loss or damage claims, or simply to help railway staff and passengers establish a common nomenclature for the purpose of their baggage transactions.

The artifacts illustrated also give us some insight into how people travelled when trains were the most practical way to cross the country. 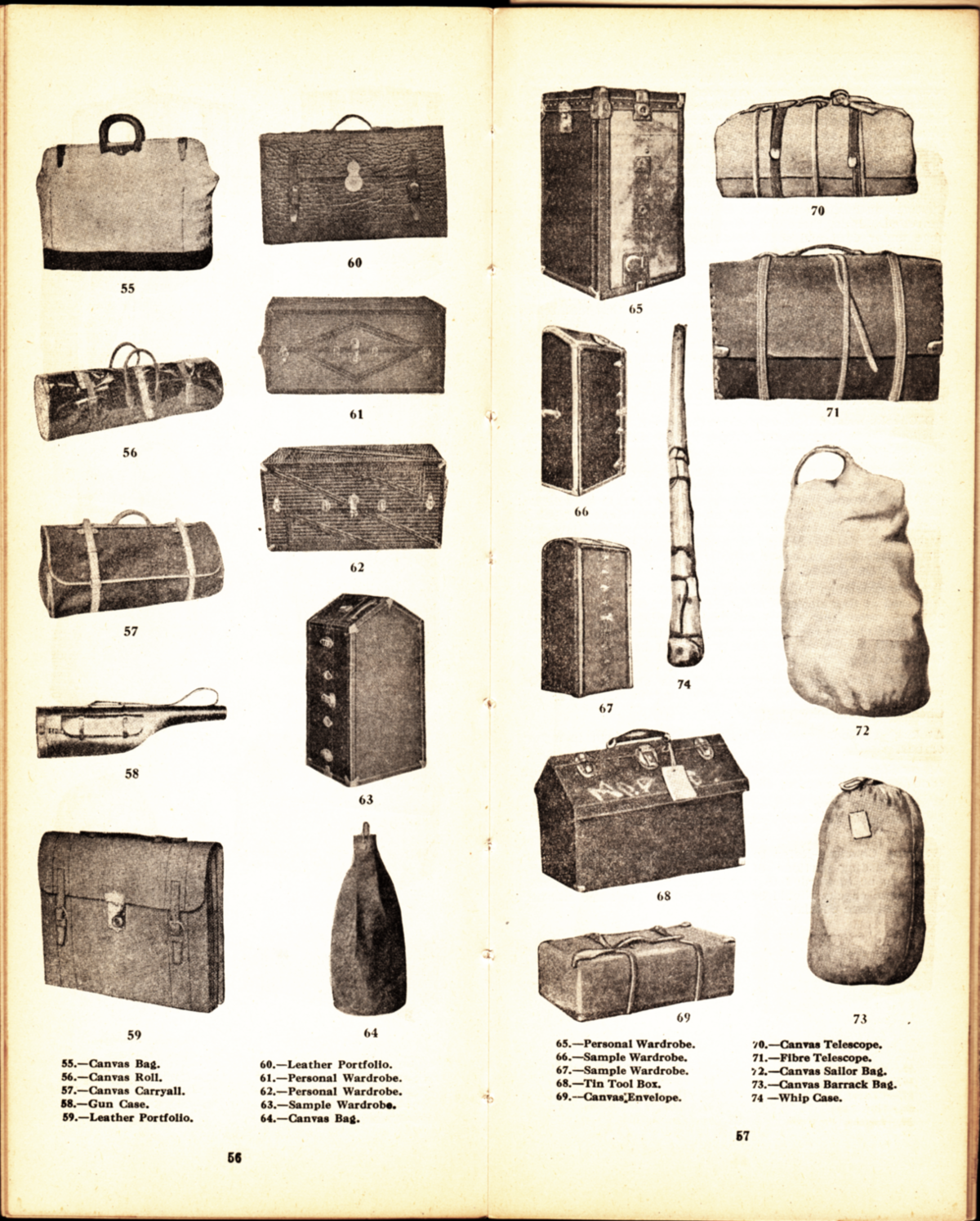