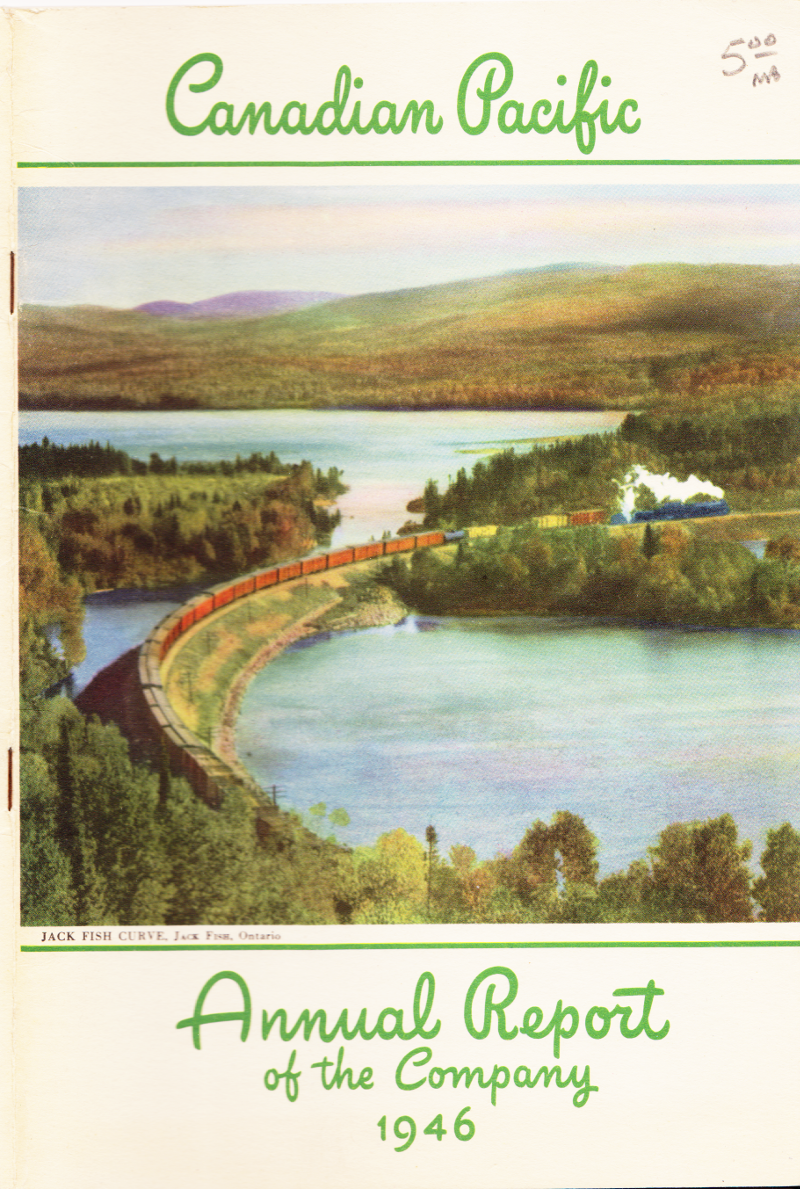 The annual railway show was held here today and here is one of the artifacts I was able to obtain. The cover above shows Jack Fish Curve - a view which would be near and dear to Rolly Martin's heart as he worked through this territory, beginning in the steam days.

So as not to scare the shareholders, a summer photo has been used. Originally taken in black and white, it has be colourized - the freight train is eastbound and is just timetable west of the Jack Fish station and coal dock. The balance sheet for 1946 is shown above.

The auditors work on behalf of the shareholders. The original value of shareholders' investment is shown under 'Liabilities' - 'Capital Stock'. The shareholders elect the Board of Directors which has a fiduciary responsibility to the corporation. The Board hires the company executives.


Interesting details about the company's operations can be imagined as you read through some of CPR's post-World War Two Assets on the left.

Something which cannot be ignored on the Liabilities side is debt. In particular, bank loans and/or bonds are generally secured on assets (collateral) which the company needs to earn income. If the Board and company officers rack up too much debt: during lean times, the company may be unable to meet scheduled interest payments and even scheduled principal repayments (for the latter, think of the 'face value' of millions of dollars of bonds when they come due).

In extreme cases, debt defaults may result in the market value of the shareholders' outstanding stock being reduced to zero. For example, a bank which has taken possession of a defaulting railway now owns it, and has no reason to issue dividends to the old railway shareholders - the bank's officers and Board have their own shareholders to please! ...

Banks are in the business of hearing clean money from loans rattle into the till - not hearing grimy boxcars rattling down the track ... so issuing a loan to a railway which subsequently defaulted is somewhat like a bank 'putting a train in the bush'.

That debt risk to the market value of a shareholder's investment is just one reason why the Annual Report is a significant document.