LC Gagnon and the CPR

LC Gagnon was employed by the Canadian Pacific Railway
at its Windsor Station headquarters,

He eventually left his accountancy studies and duties
in favour of completing his degree at Queen's University
and entering the 'family business' of teaching. 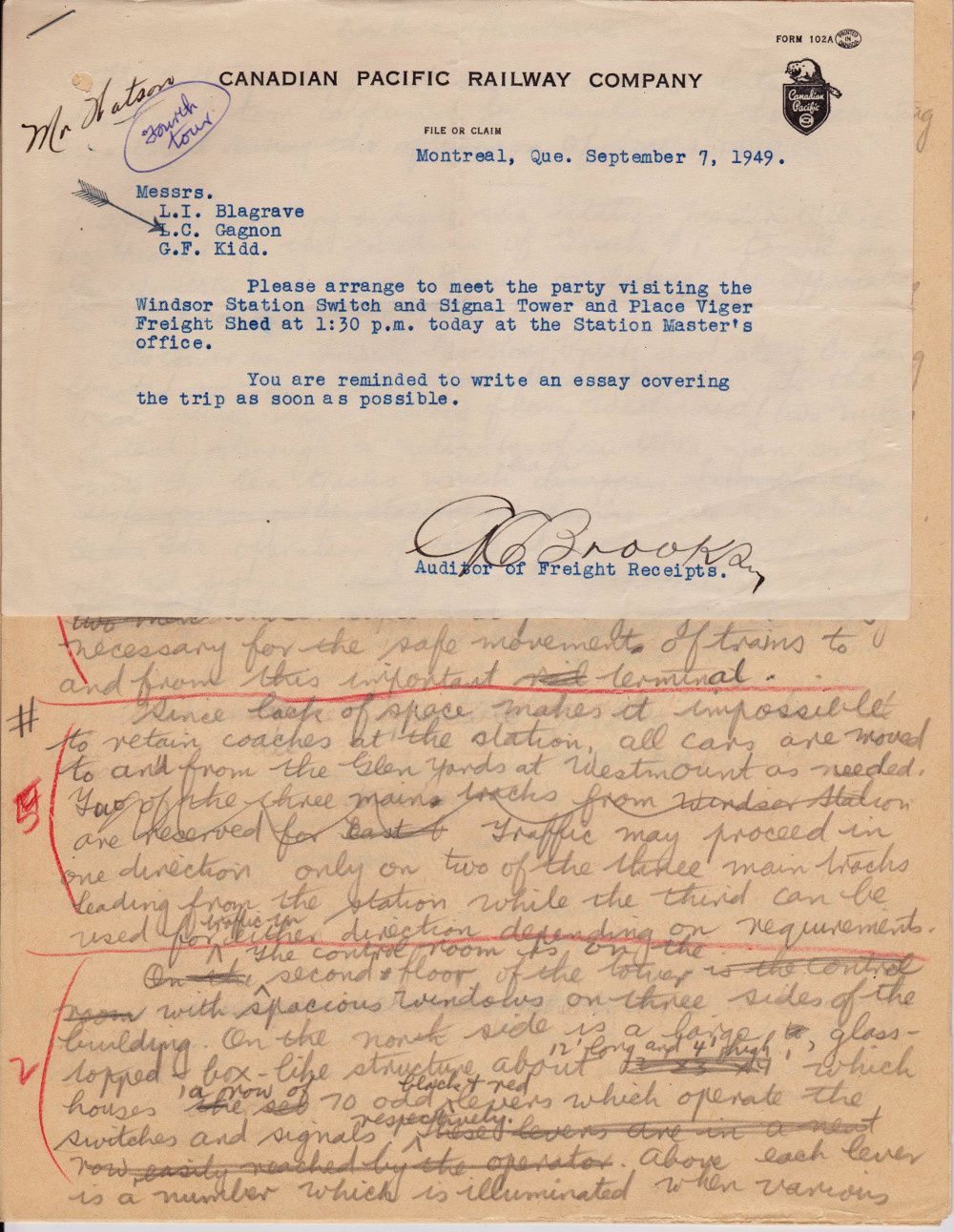 His files indicate he was present on a number of tours of Company facilities.
He was still writing and editing articles about Canadian railway subjects 40 years later. 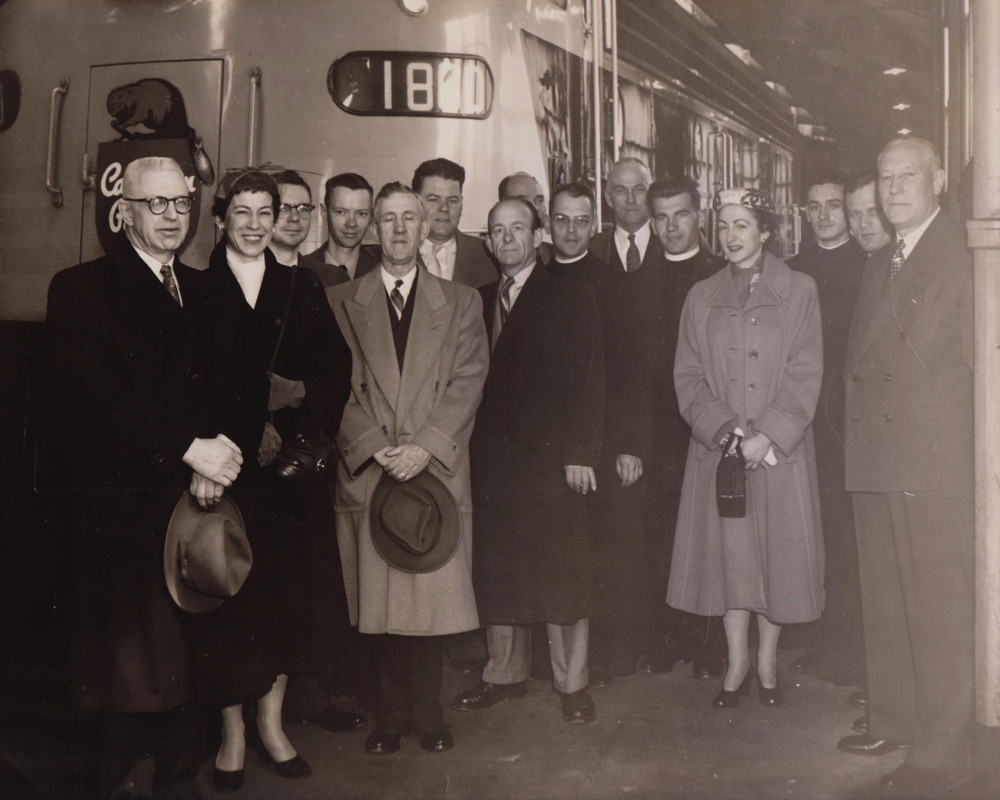 This photo was taken April 19, 1954, at Windsor Station.
LC Gagnon is third from the left.

This was a Business Education Day Tour to St Luc Yard and Angus Shops.
He rode the cab of the 1800 from Angus back to Windsor Station.