1899 Engineers and Their Duties 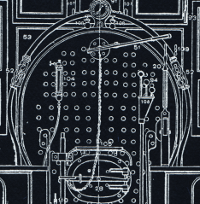 'George Stephenson preferred intelligent men ... Brunel recommended illiterate men for taking charge of engines, on the novel hypothesis that, having nothing else in their heads, there would be abundant room for the acquirement of knowledge respecting their work.'

Angus Sinclair (1841-1919) was born in Forfar, Scotland, the son of a section foreman. After working as a locomotive engineer in Scotland and in the US on the Erie and the Burlington, Cedar Rapids and Northern (with other related and unrelated employment in between) he looking for something more challenging.

He wrote this book in 1885 and three copies of it are available on archive.org. It went through 26 editions. Sinclair was later behind the publication of a trade magazine, Locomotive Engineering, also available at archive.org. He received an Honorary Doctorate of Engineering degree from Purdue University in 1908. He wrote several other books on locomotives and their history.

One in particular, Development of the Locomotive Engine, drew on his experiences while he was an officer of the American Railway Master Mechanics Association. He had direct contact and correspondence with many of the early builders and operators of early steam power in their later years. This book documented their work and, needless to say, it is also available at archive.org.

An introductory chapter of Locomotive Engine Running (my copy is from 1899) follows, and some of the 'classic' images are dated. His emphasis is on continuous self-education and self-improvement ... and how that can be achieved - given the resources available circa 1900. 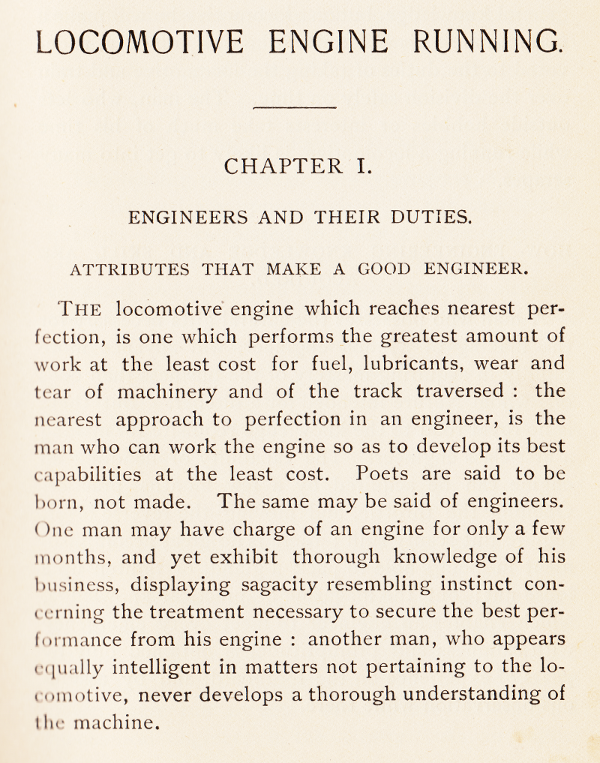 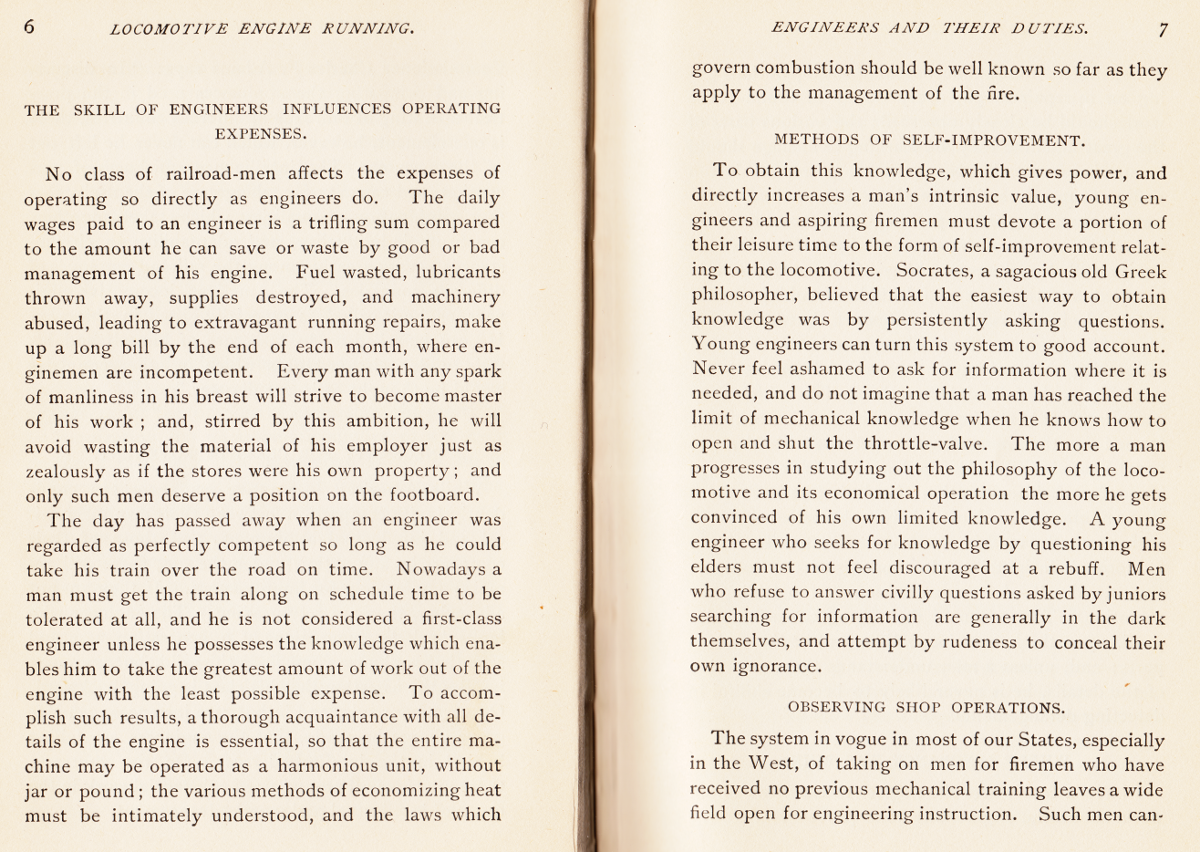 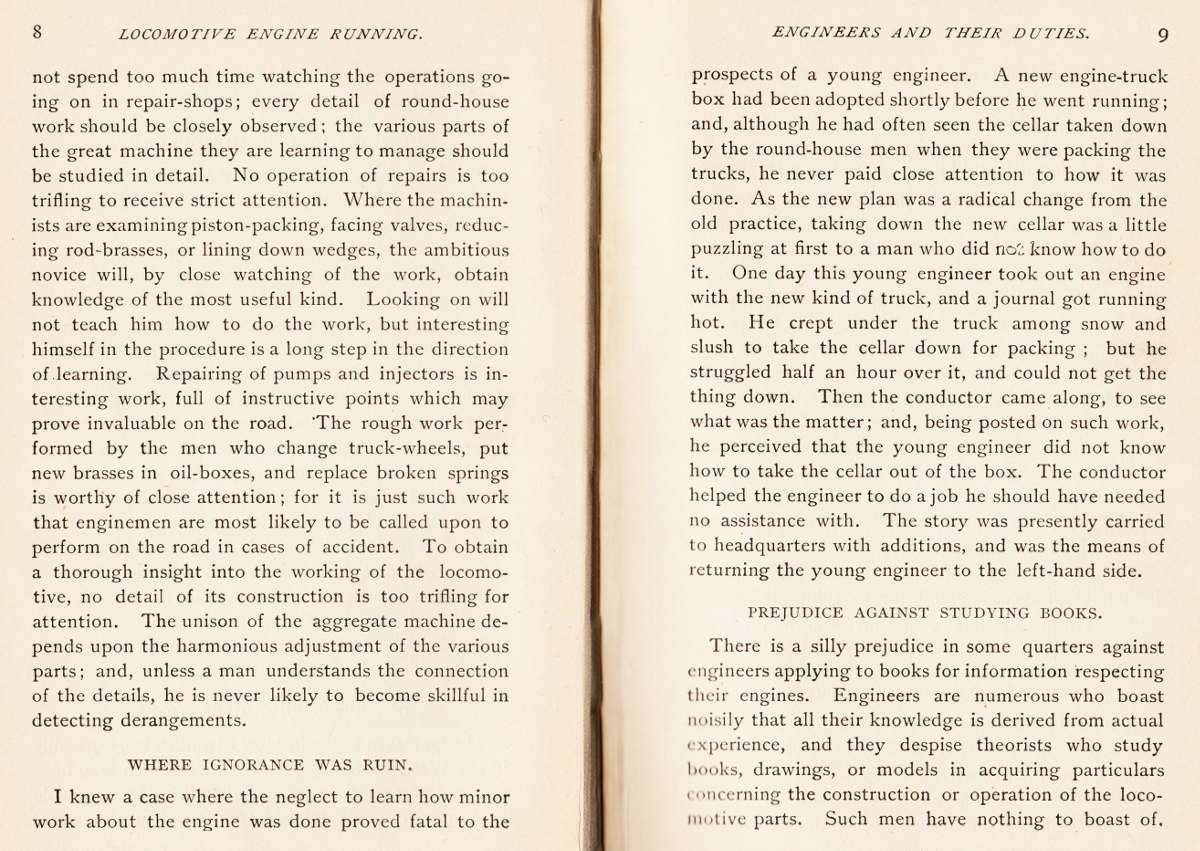