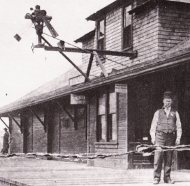 This century-old rulebook sets out the duties, working conditions and pay of workers ranging from linemen to operators, agents and dispatchers on CPR western lines in 1920.

However, there are also insights into an operator's life at a station. These include compensation if it is necessary for the telegrapher to maintain a few switch lamps ... and their duties pertaining to the locomotive water tank fire in winter before going off duty. Firewood specifications are also described ... knowing people, you can be certain that at some later date there was a dispute because a station's firewood was a few inches too long.

With this booklet being produced cheaply a century ago, some of the pages were printed and bound a little obliquely. 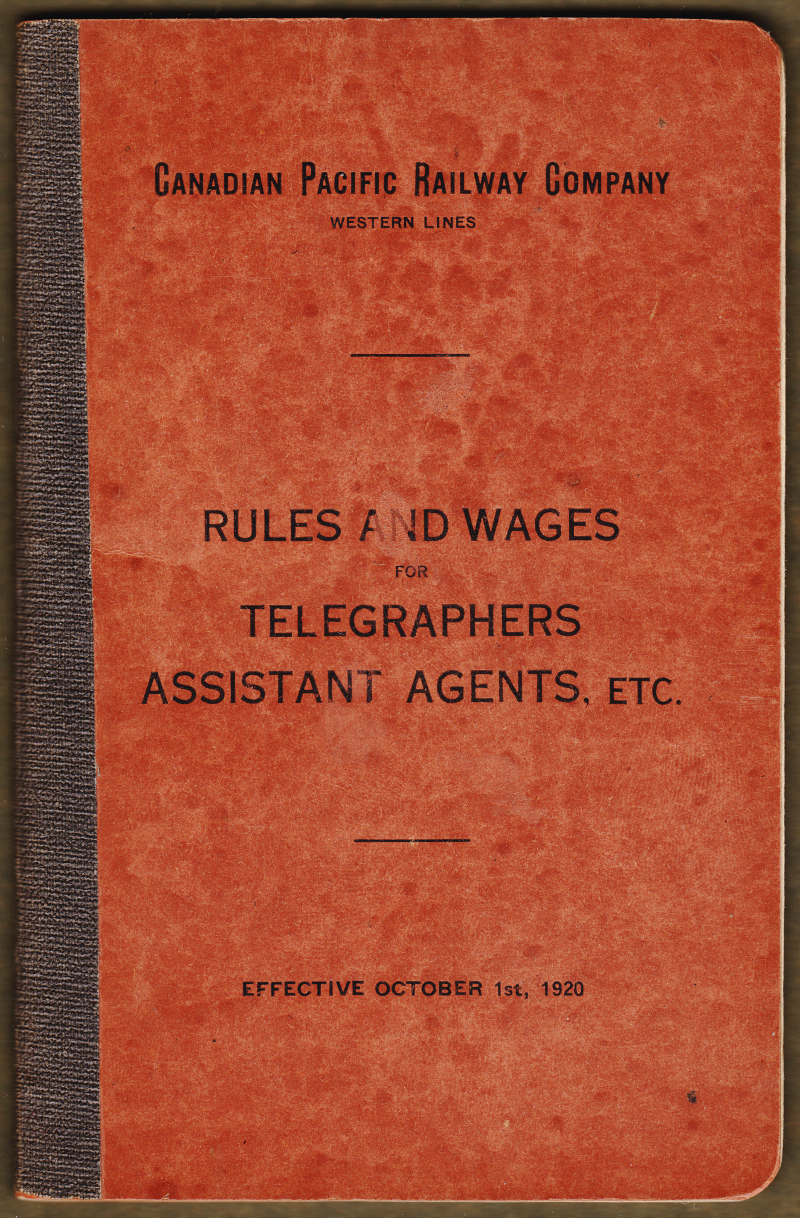 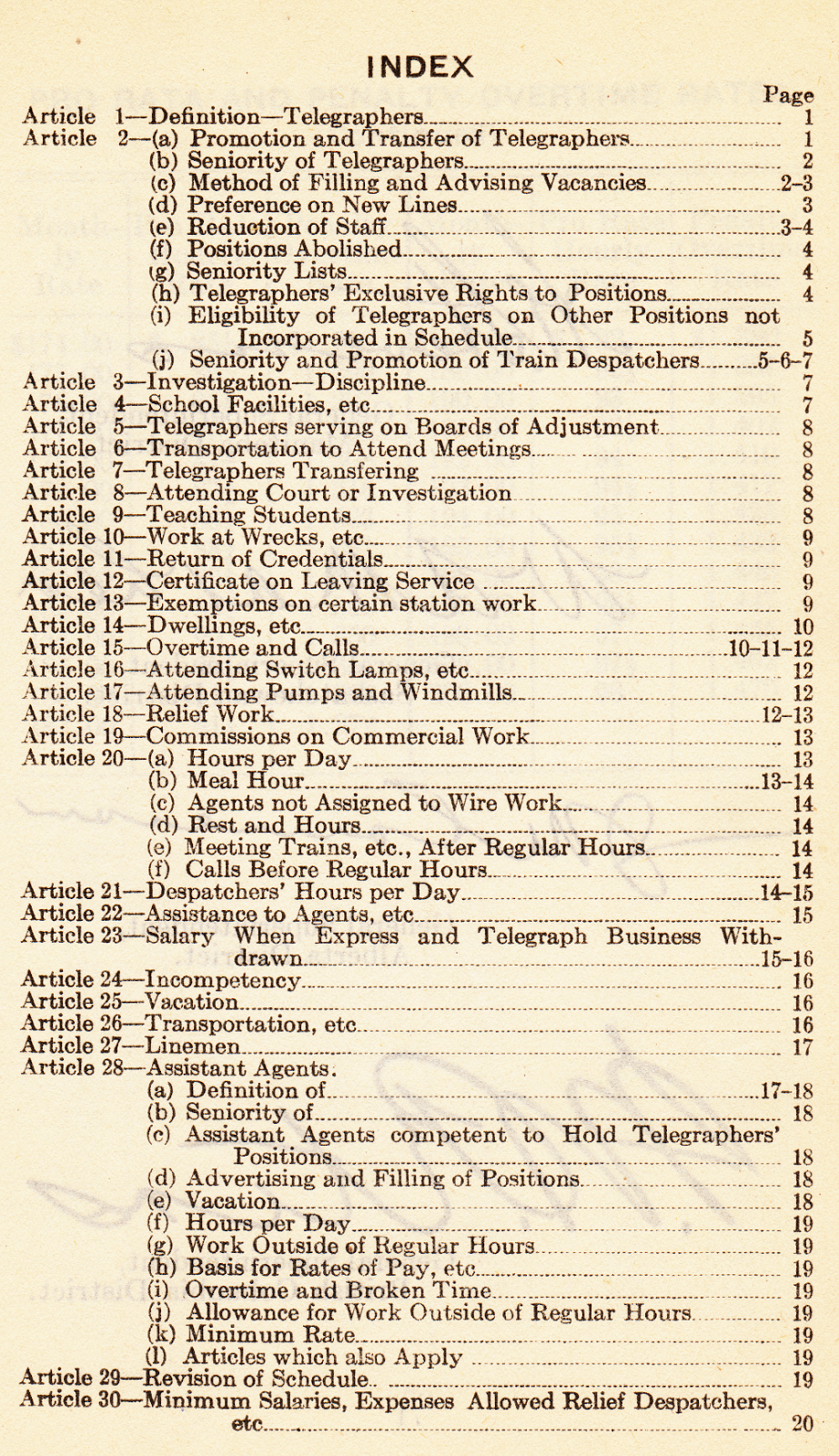 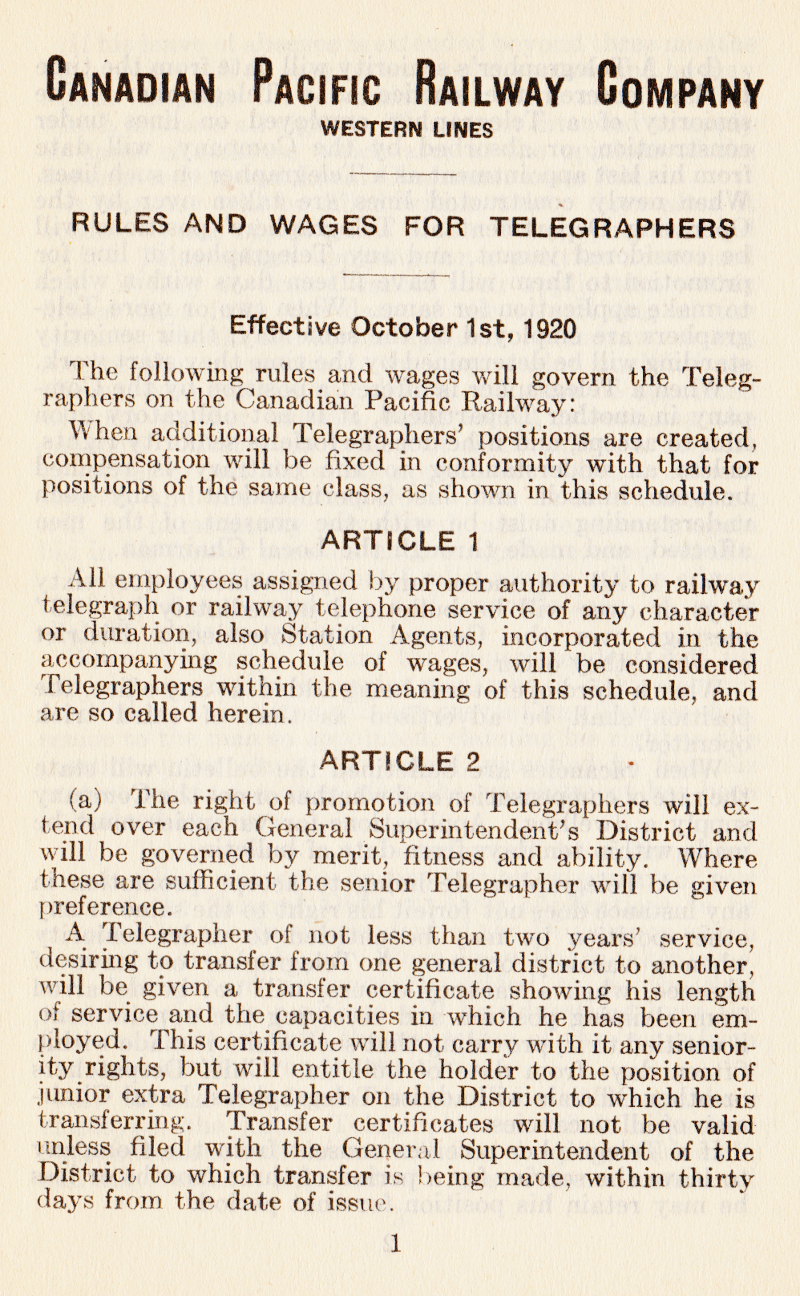 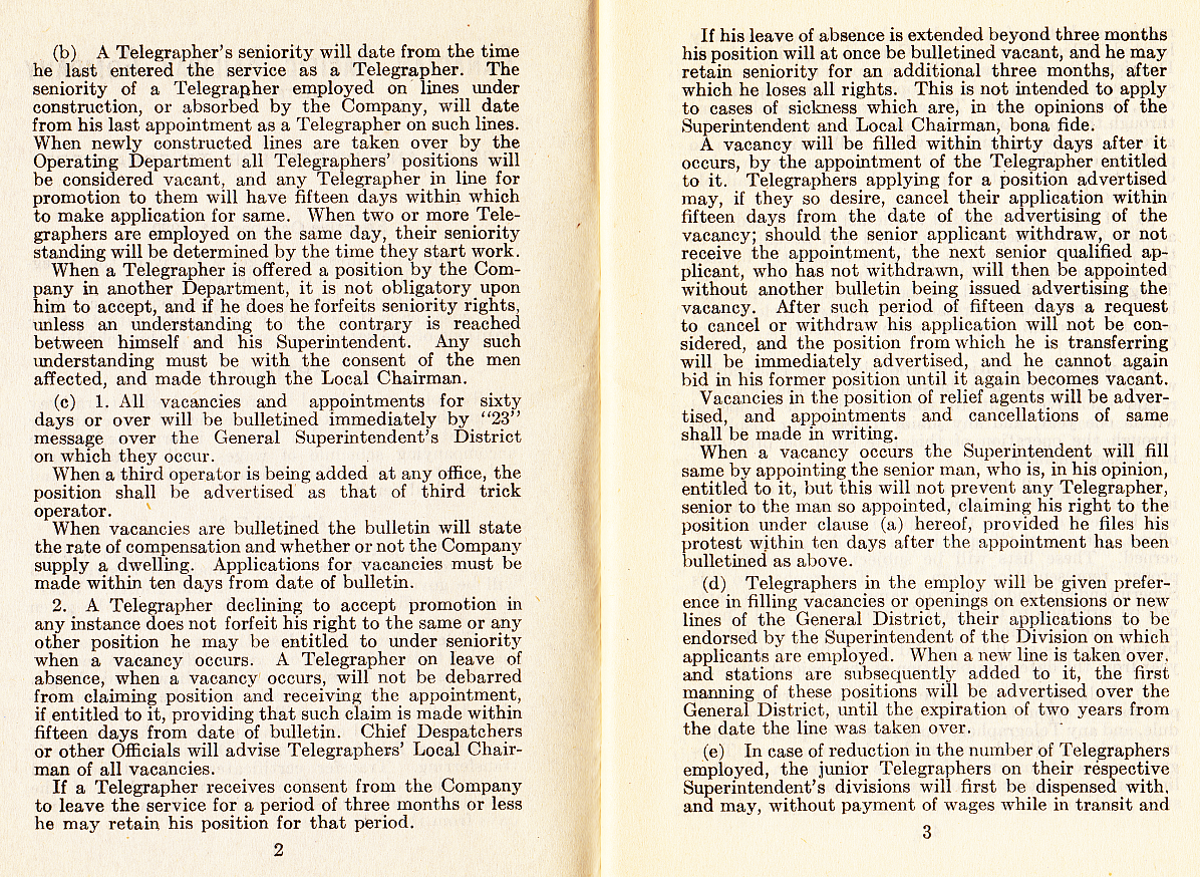 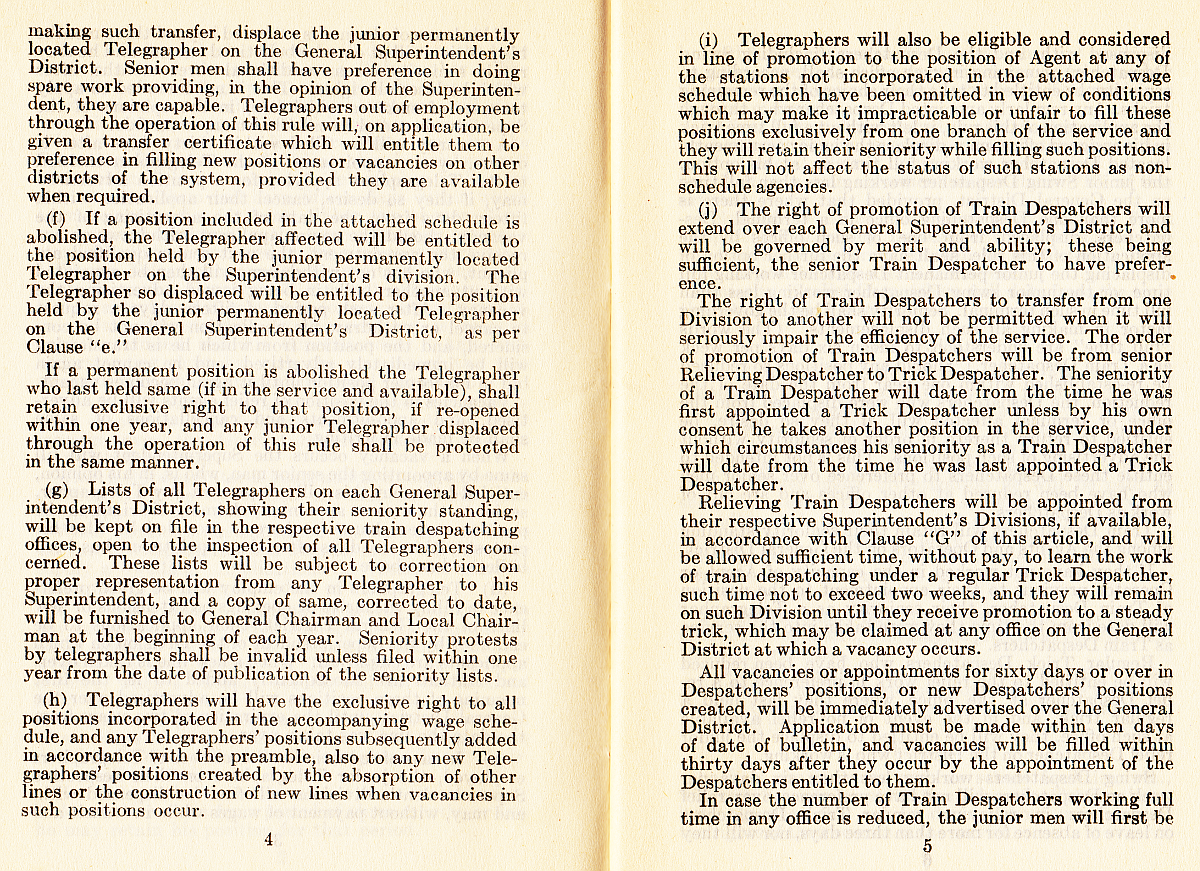 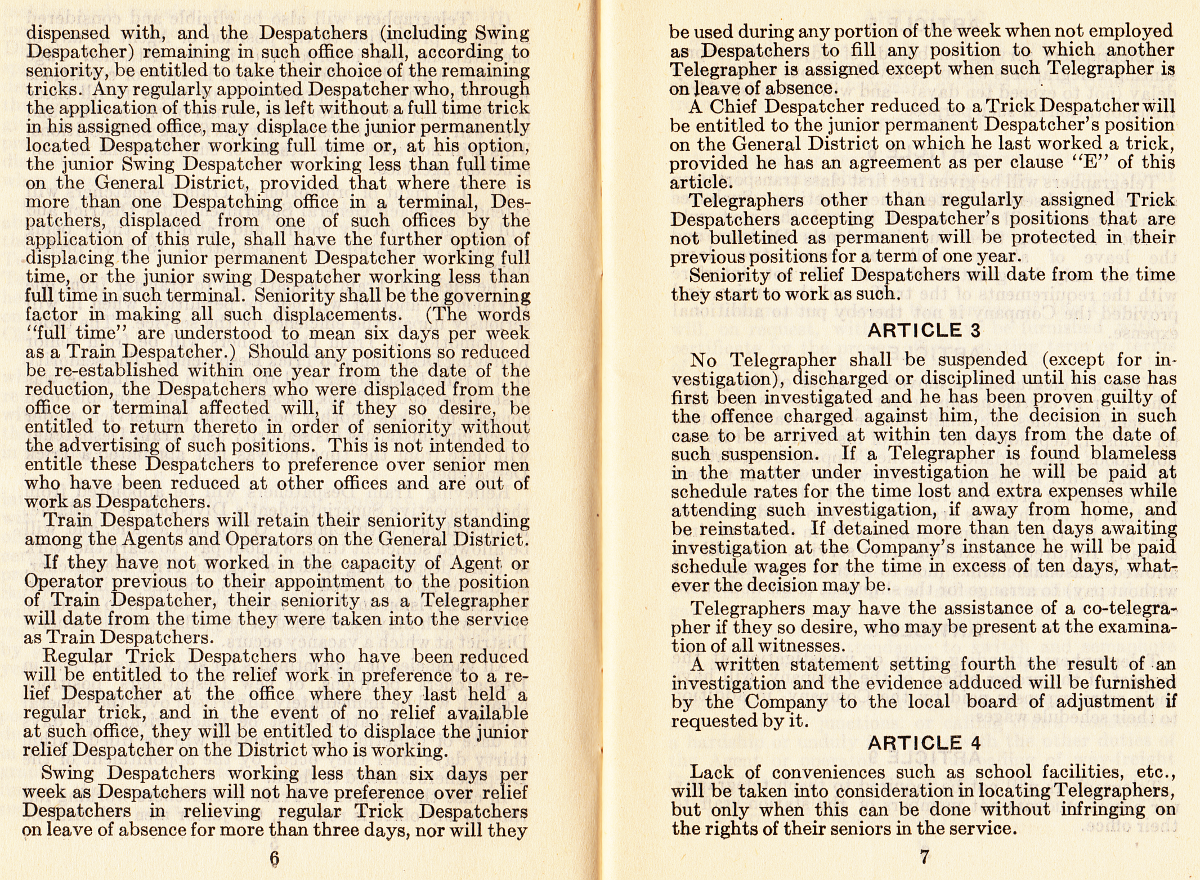 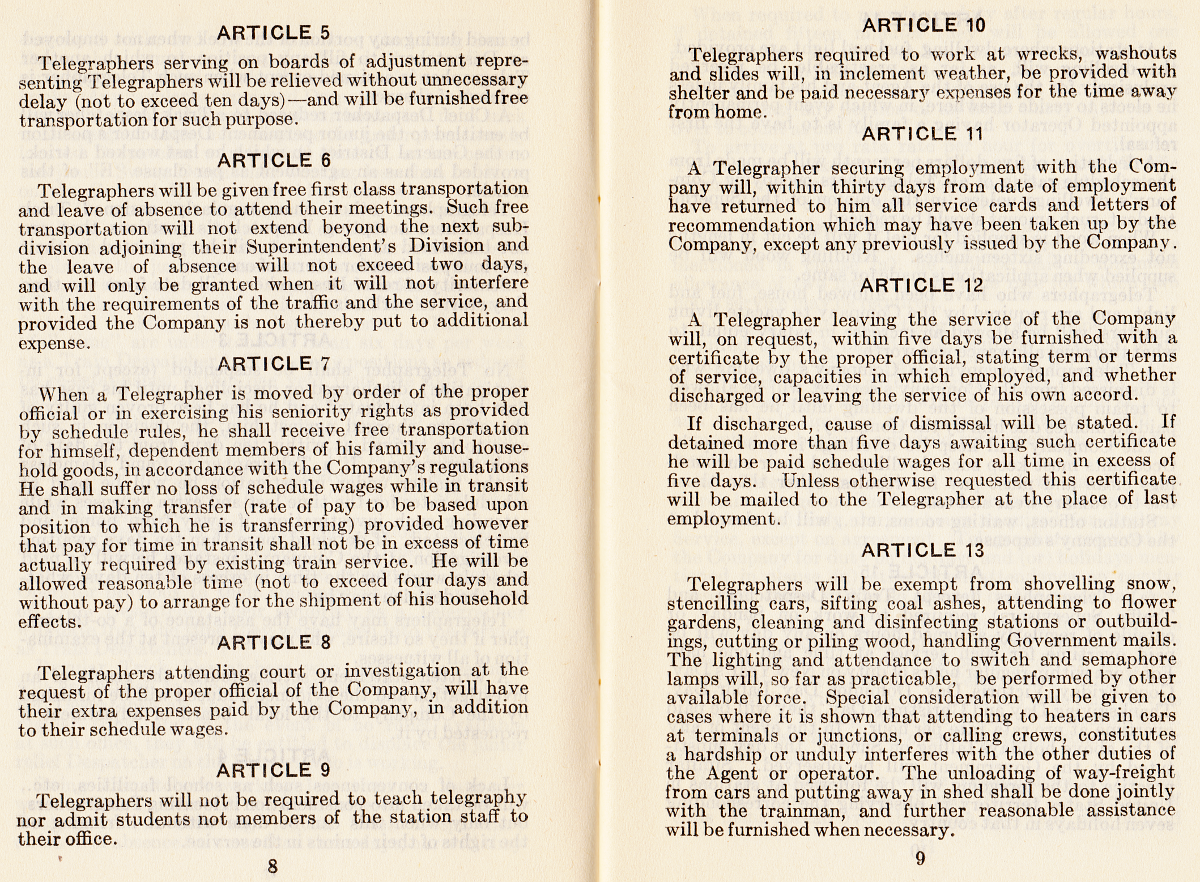 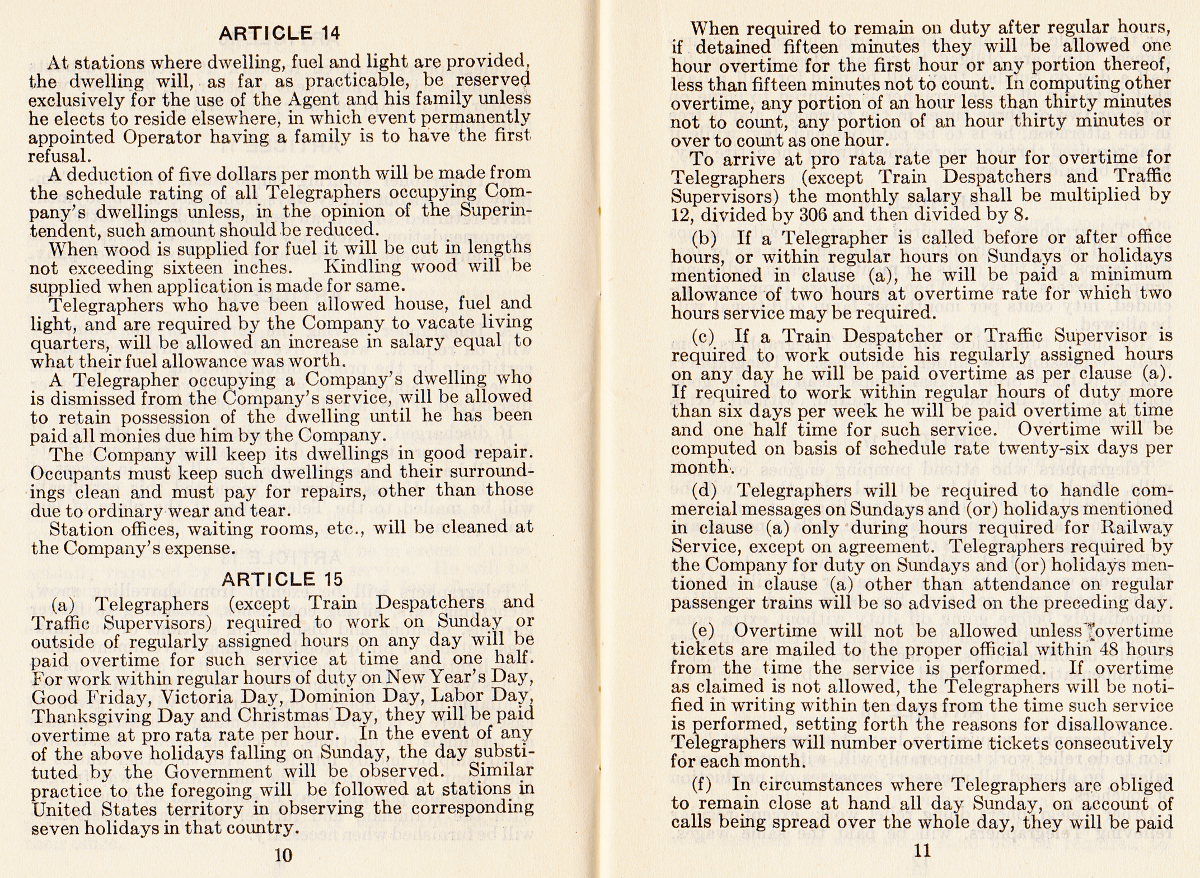 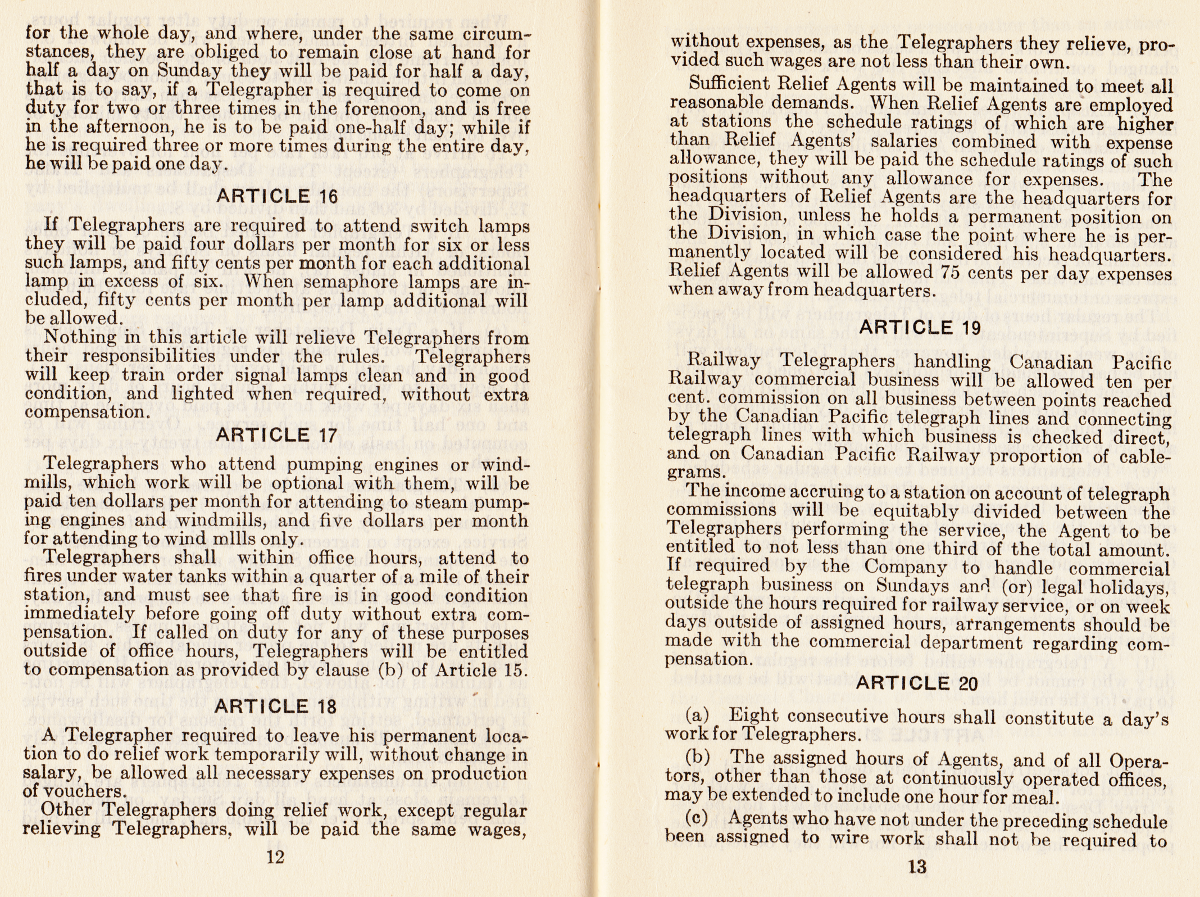 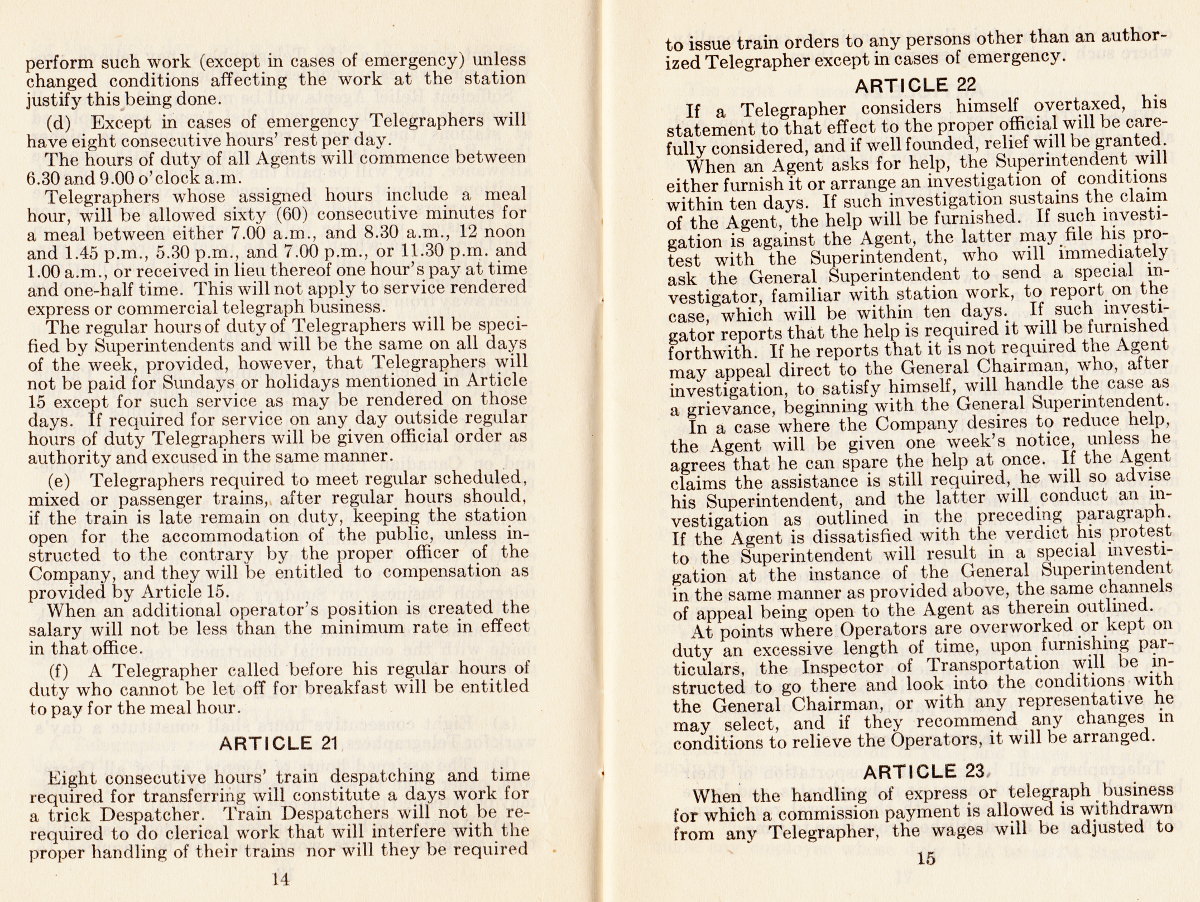 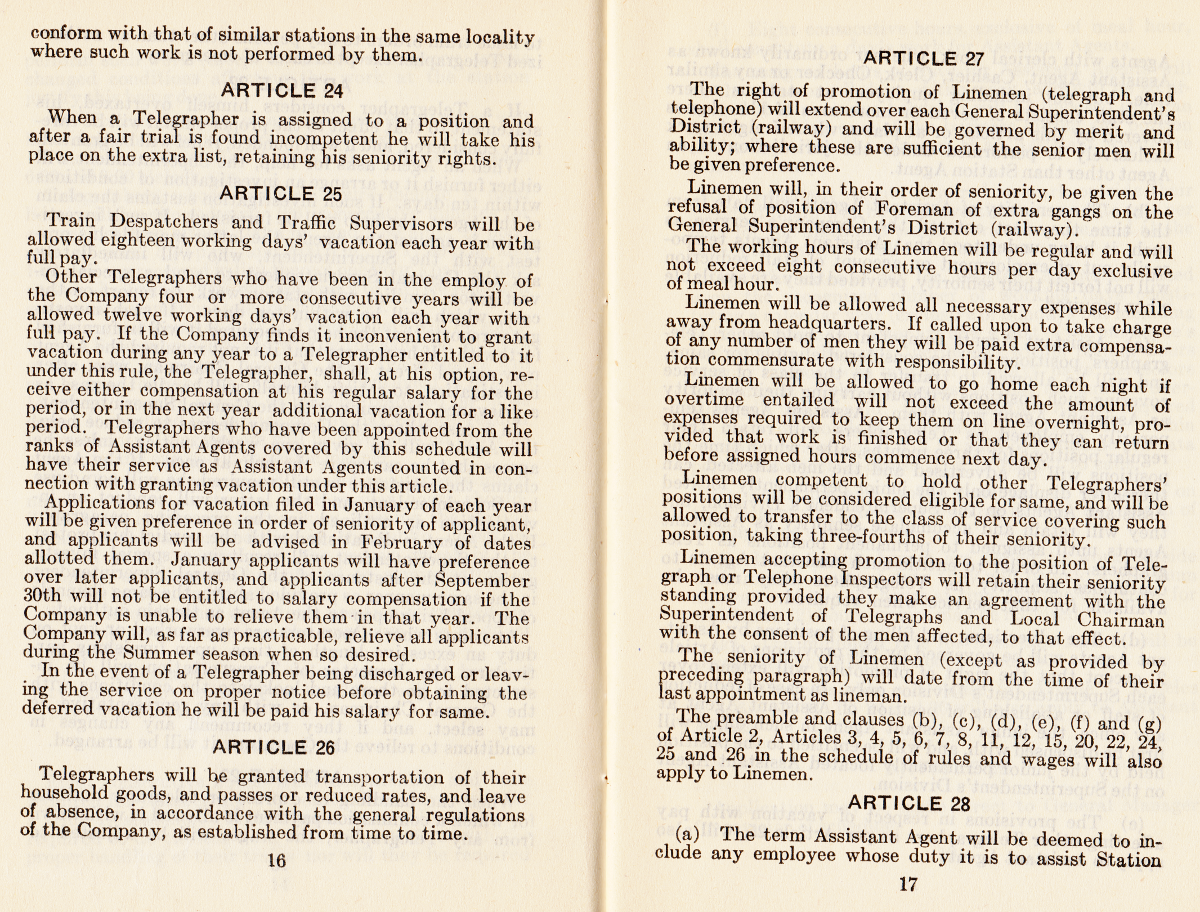 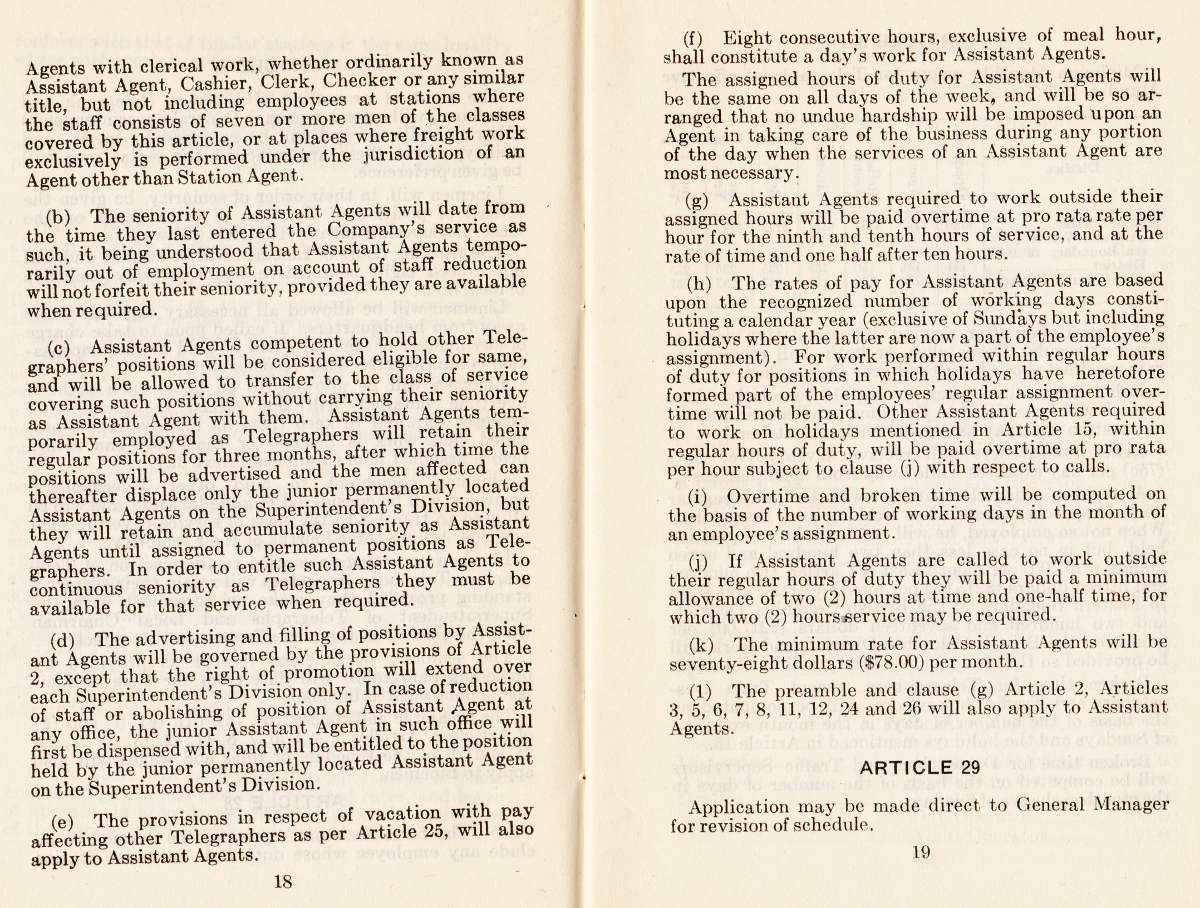 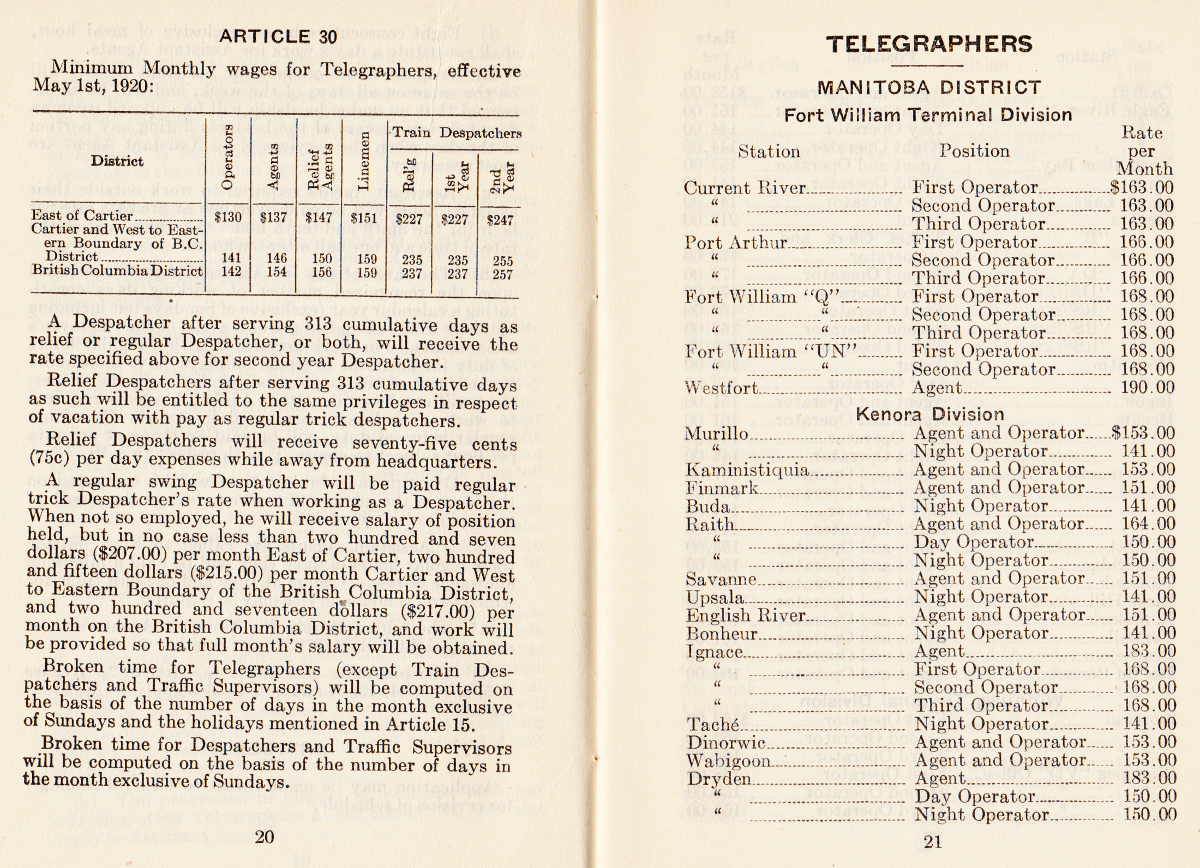 After the Great War, the basic exemption for a single person was $1500.
And 4% income tax was payable on the balance of our workers' incomes.

These income taxes were introduced to pay for the debt accumulated
through Canada's participation in the War.

Breadwinners paid out of pocket for their family's health care.
Widespread building of hard-surface intercity roads had not begun.


Sunrise surprise ... at Laura, Saskatchewan ... in 1911 on the Canadian Northern Railway.

This is only my speculation from a circa 2010 aerial view ...
but the elevator may have been built on rather spongy ground.


If you would like to spend the rest of your life exploring this interesting topic ... as usual ... archive.org has a fascinating book for you. Flowing from the US 1917 'nationalization' of its railroads, the Order of Railroad Telegraphers published everything it could find about collective agreements and conditions across North American railways ... including CPR CGR CNoR GTR and many, many more!


If you seek these particular 1917 wages on Page 107 at the link above ... you will find that the CPR Fort William terminal area wages had increased by about 40-50% by the time my 1920 rulebook was published.


The 1920 wages for the CPR western lines stations (i.e. the rest of my booklet) can be seen here: