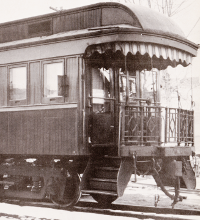 My brother and I travelled together to Portage la Prairie by car in 1979 and many adventures had we!

Our aunt and uncle living there were always extremely supportive of our railway interests. When we visited there individually in subsequent years they repeatedly gave us first class access to every rail-related feature in the region.

The CBC/NFB joint production of The National Dream had aired in 1974 ... so many Canadians of that era could have explained the historical significance of a museum obtaining 'Van Horne's car'.

We visited and photographed it in the summer of 1979. 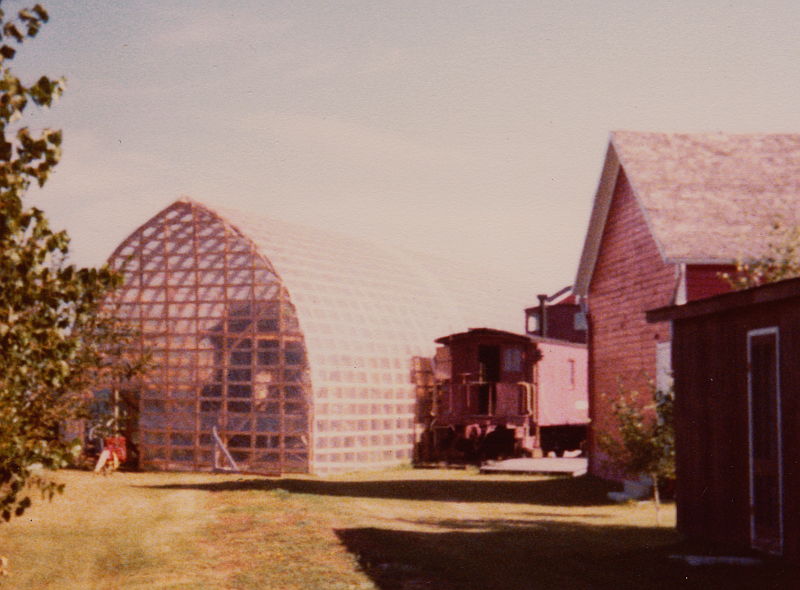 We were quite impressed with the building cocooning the wooden car during our visit.
As you'll see, exterior restoration had been started by the time we arrived on the scene.

Welcome, once again, to David's Vivitar 110 Gallery of Photographic Mediocrity ...

Had I converted to my flashless SLR before we visited, the interior shots would not have turned out well. The fact that my little 'birthday party camera' had some wide-angle capability and a flash made it possible to crudely record some of the CPR-modified interior detail of the car. The CPR kept the car for about seven decades after Van Horne briefly used it. Photofinishing dyes and processes were probably of higher quality circa 1980 than those used later - explaining why the colours are so well preserved in my prints.

This car was not Van Horne's Saskatchewan, but a Crossen-built (Cobourg) car modified for his interim use in the west during the summers of 1883 and 1884 and reserved at Winnipeg for his use in 1885.

... Recall that the final spike between Montreal and Winnipeg was not driven until May 16, 1885 at Noslo (near Jackfish) so official inspections of the western construction would likely have been accomplished by Van Horne and other officers travelling quickly via lines in the US to Winnipeg.

Below, images in colour are my rough efforts at 'artifact documentation'. Black and white images below are from: The Phantom of Delta Marsh; George A Moore; Canadian Rail, May 1978; Canadian Railroad Historical Association ... and most of these are originally from CPR Corporate Archives. 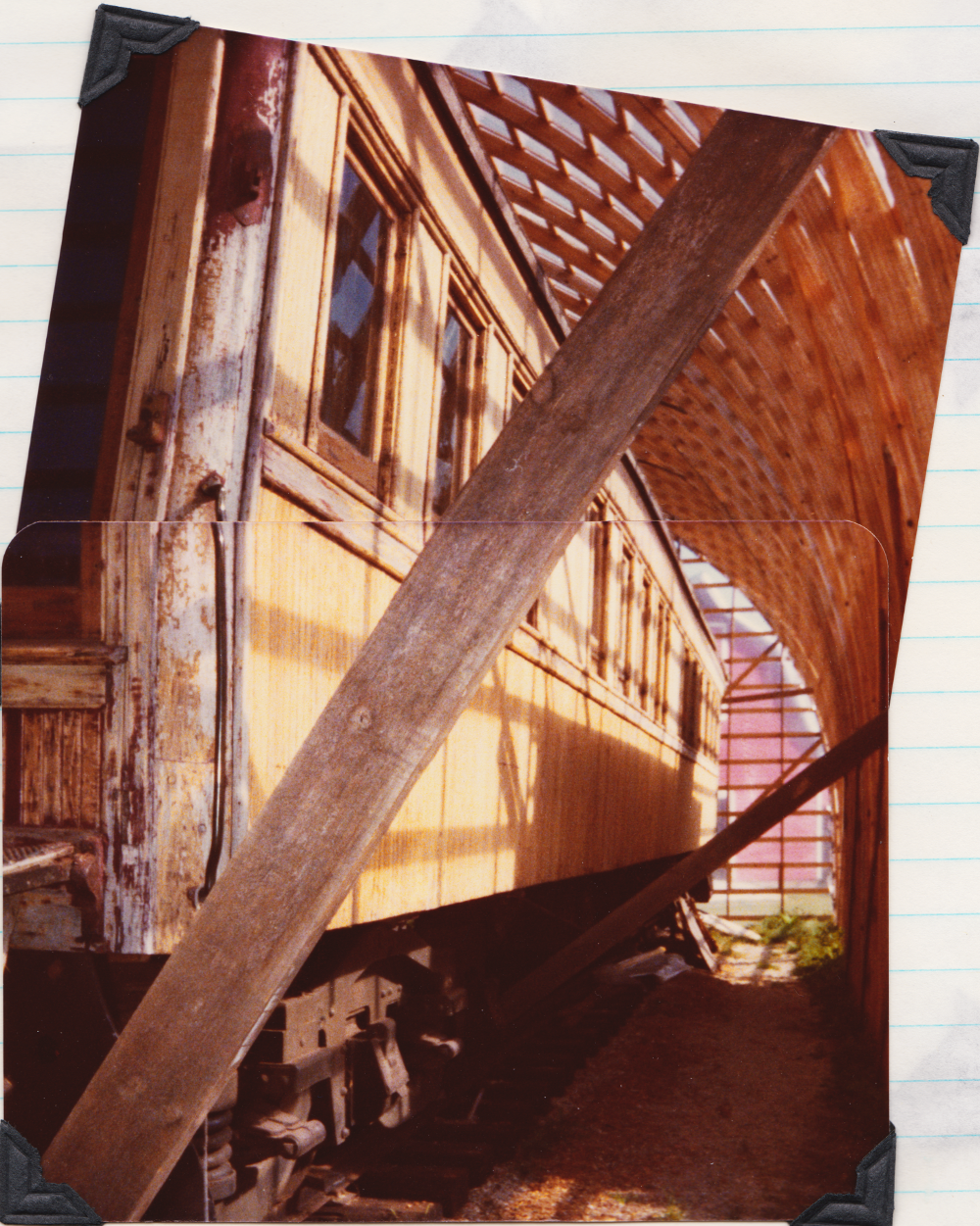 My photos are rough and 'fish-eyed around the edges' enough that a more elaborate presentation of them is a waste of time. However, I hope that readers find some of the old interior car details interesting.

A number of years later I had a recurring and depressing experience with a similar car stored about 2000 kilometres away. Wood and treated-canvas rolling stock roofs were not designed to be stored outside without regular maintenance and renewal. As a wise man there once said to me - a structure with a good roof can last almost indefinitely. The previous railfan owners had never met that wise man, and they had left the thing outside without protection for a decade or so. Over the years, water had percolated through the whole artifact and its horsehair insulation ... to the point that the floor was far from safe to walk on. This former official car could not could not be restored. It could only be used as a pattern from which, perhaps, to build a reproduction in the future.

If you don't already know the circumstances behind the Van Horne car's survival, you may be quite interested to see how wise its non-railfan owner had been. 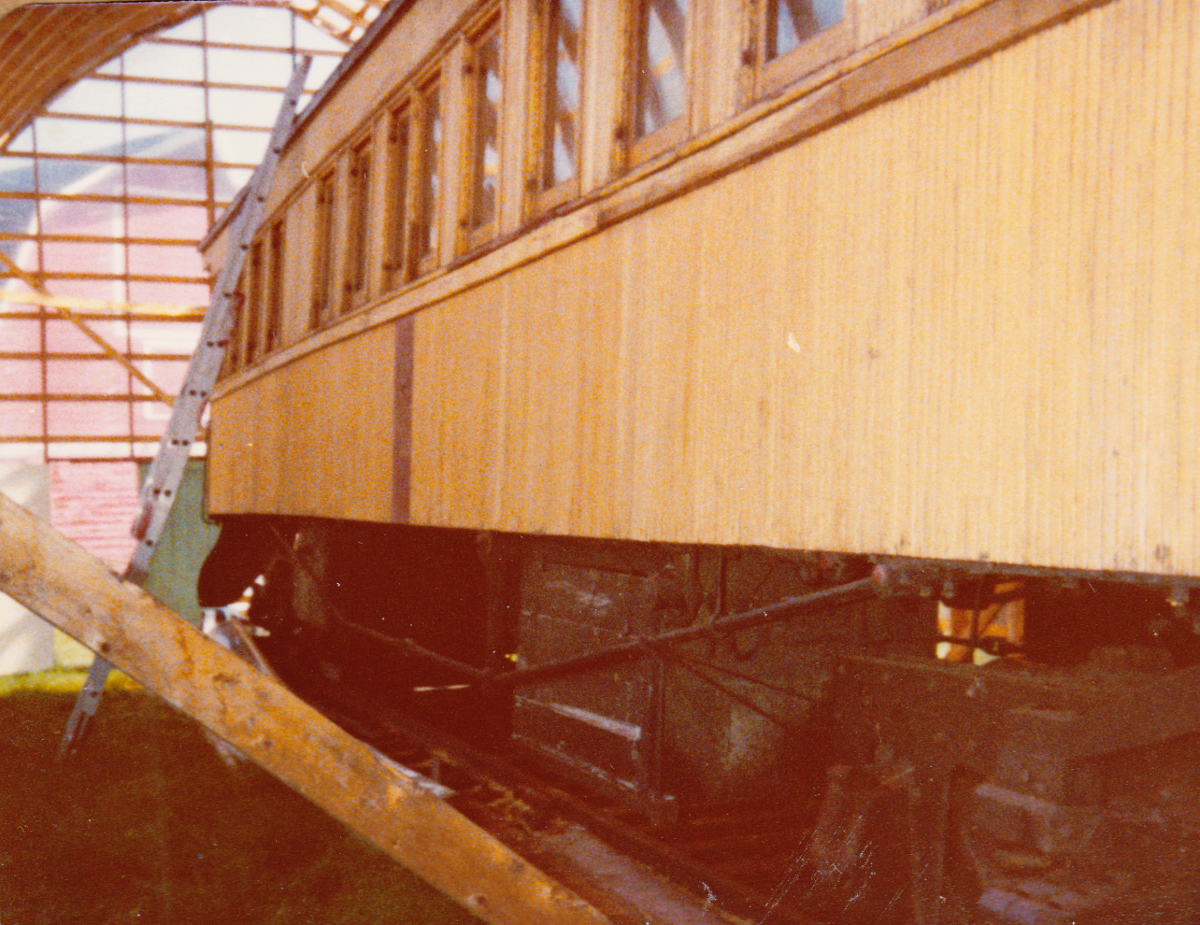 Above is an early photo of the car eventually modified into Van Horne's car.
The caption was edited by an English teacher, probably wielding his trademark Bic pen.

Below is its final CPR photo from the summer of 1955 - a year before its retirement.

The car is shown, without its trucks, configured as a hunting lodge near Delta Marsh - north of Portage la Prairie. Delta Marsh (at the southern end of Lake Manitoba) and its nearby beach were afternoon and evening excursion destinations my spouse and I often visited with my aunt and uncle.

... Apparently, a hydro worker disconnecting an electrical service nearby, noticed the car and communicated with the nearby Fort la Reine Museum. The owner was contacted at his home in BC and the car was donated and restored through local efforts, and resources from CPR. Archived copies of Canadian Rail can be read on-line through the CRHA's website if you are interested in more detail. 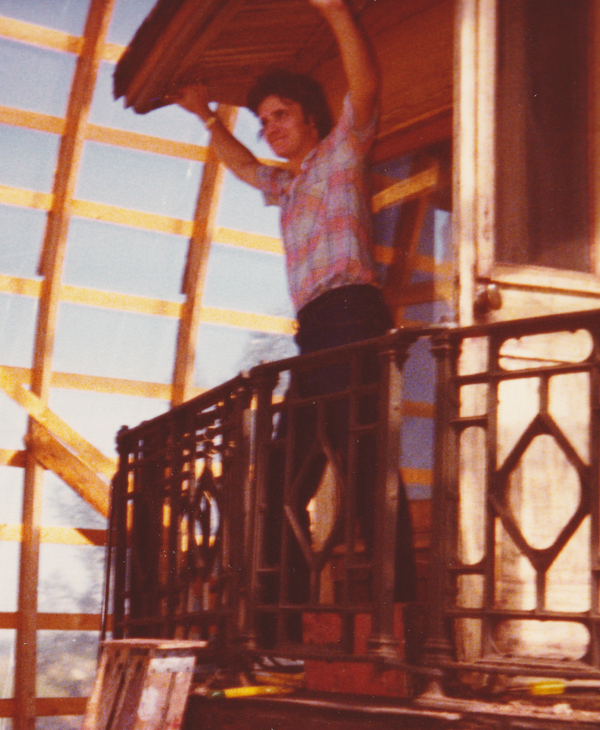 Our hosts encouraged me to hold the 'Van Horne Handle' with my right hand and wave. 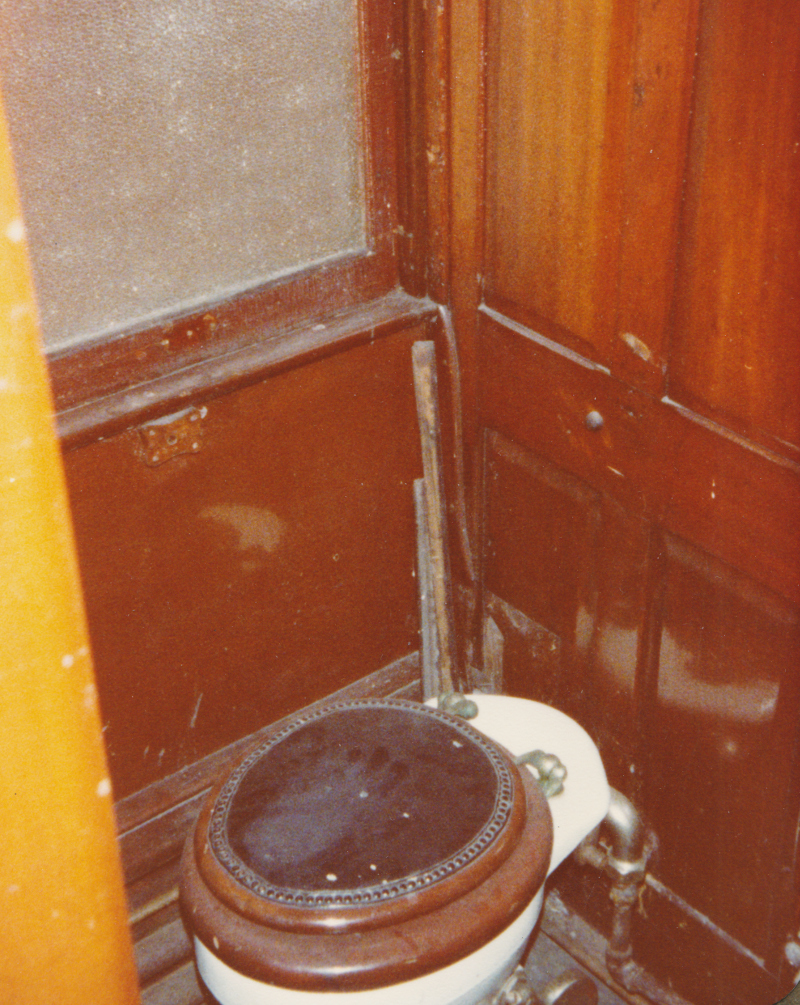 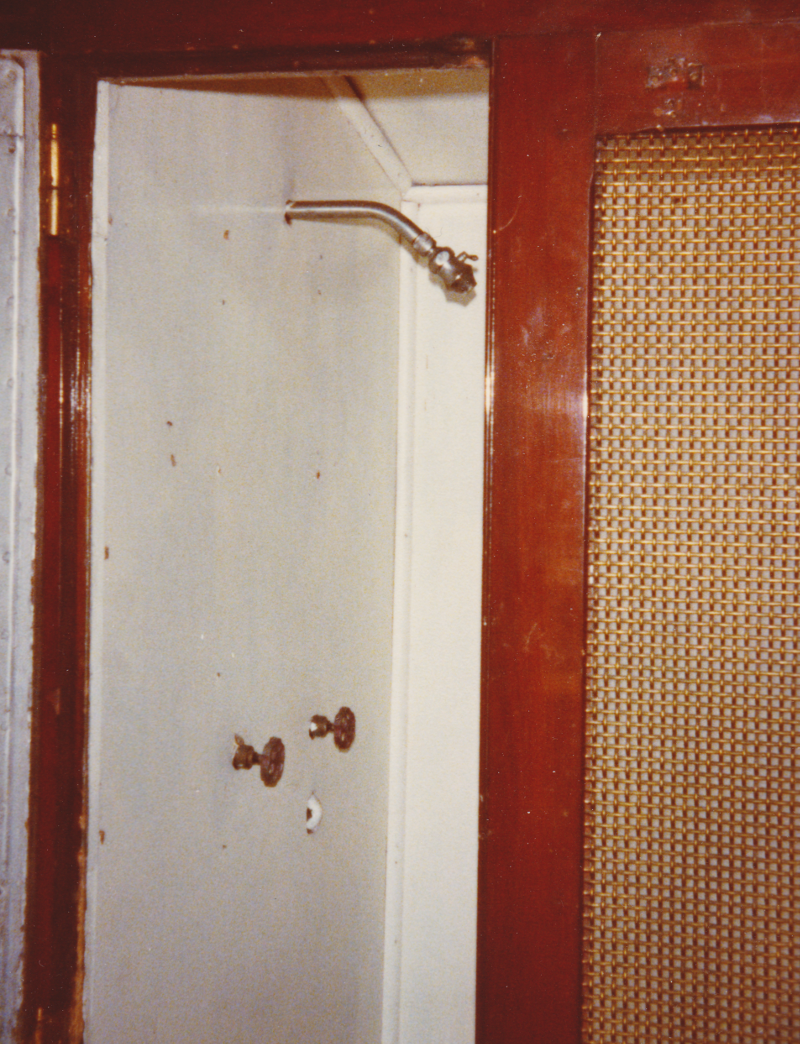 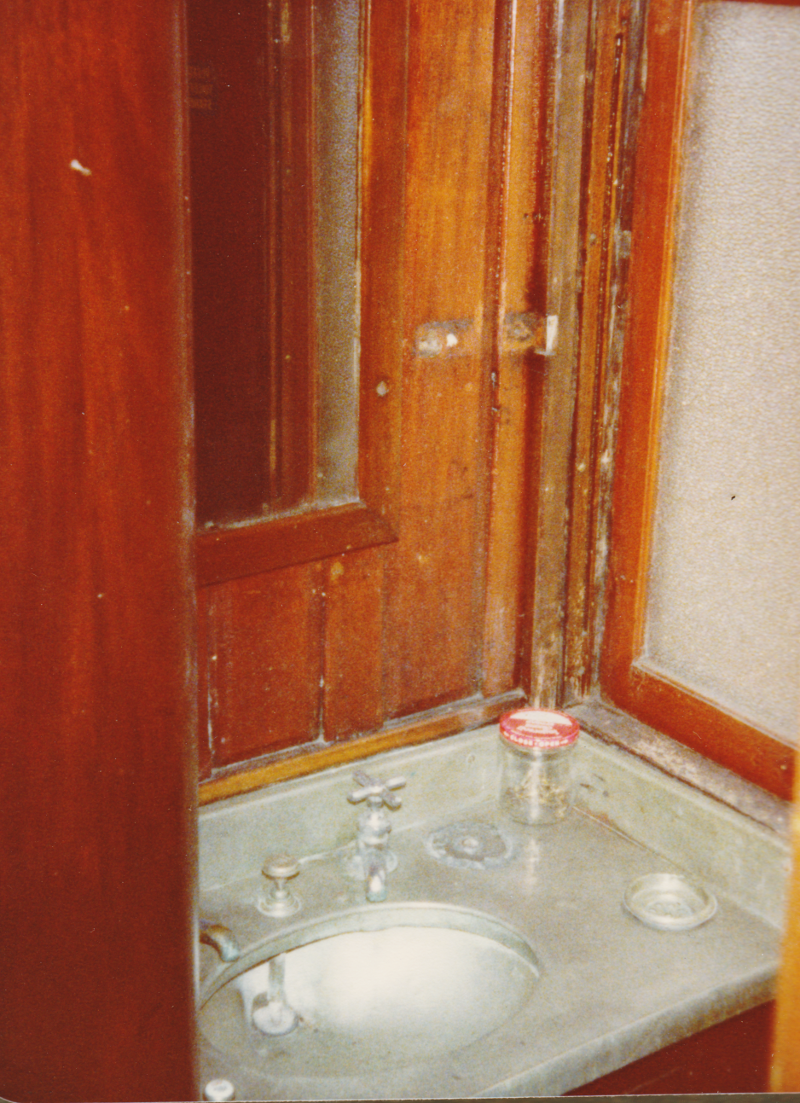 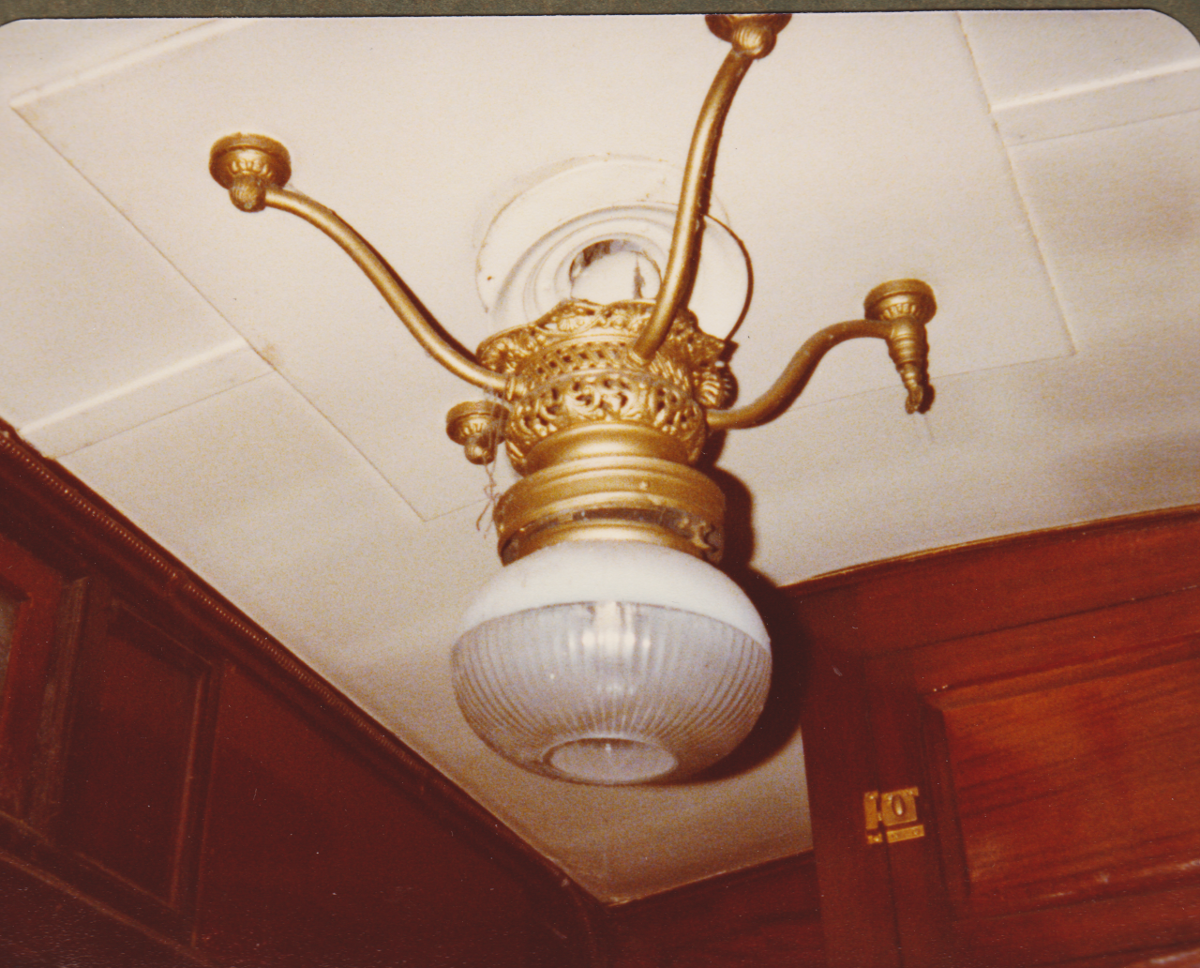 Above and below are Pintsch gas fixtures.
Perhaps Coleman fuel is a fairly close relative to Pintsch gas which you might know.
I have Pintsch gas resources aplenty which I will present in a future post.

If you spot the gas valve on the fixture above where it attaches to the ceiling, you'll quickly notice them below as well.

While clerestories and their vents were designed to accumulate and vent lighting combustion gases, it seems a vent has been added immediately over the fixture above. On some business cars in US service very elaborate metal chimneys were positioned over the Pintsch gas lights.

In the Canadian Rail article, the lights below are identified as being over the dining area. 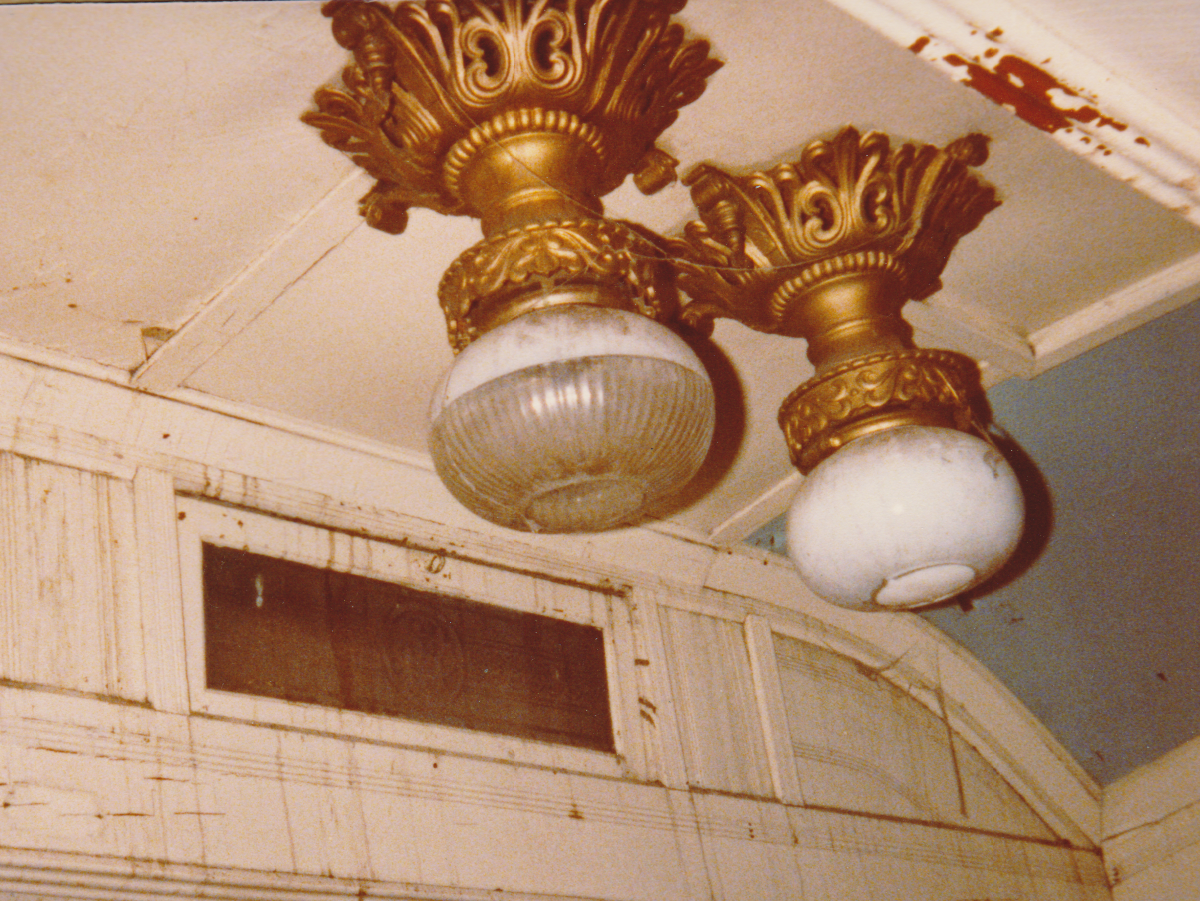 With identical water staining, here is the same clerestory vent window below.
I couldn't resolve the etched window detail on my own photo, so the article's photo appears below. 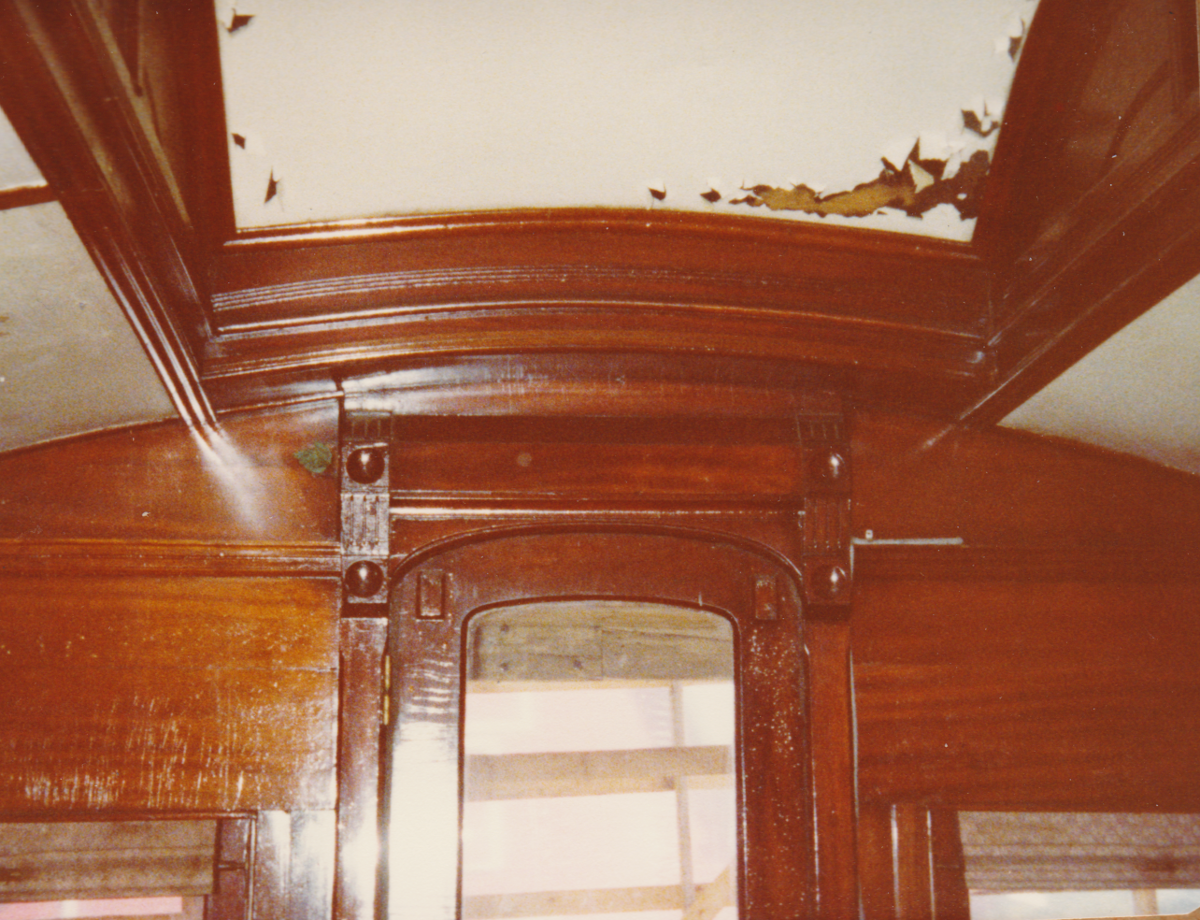 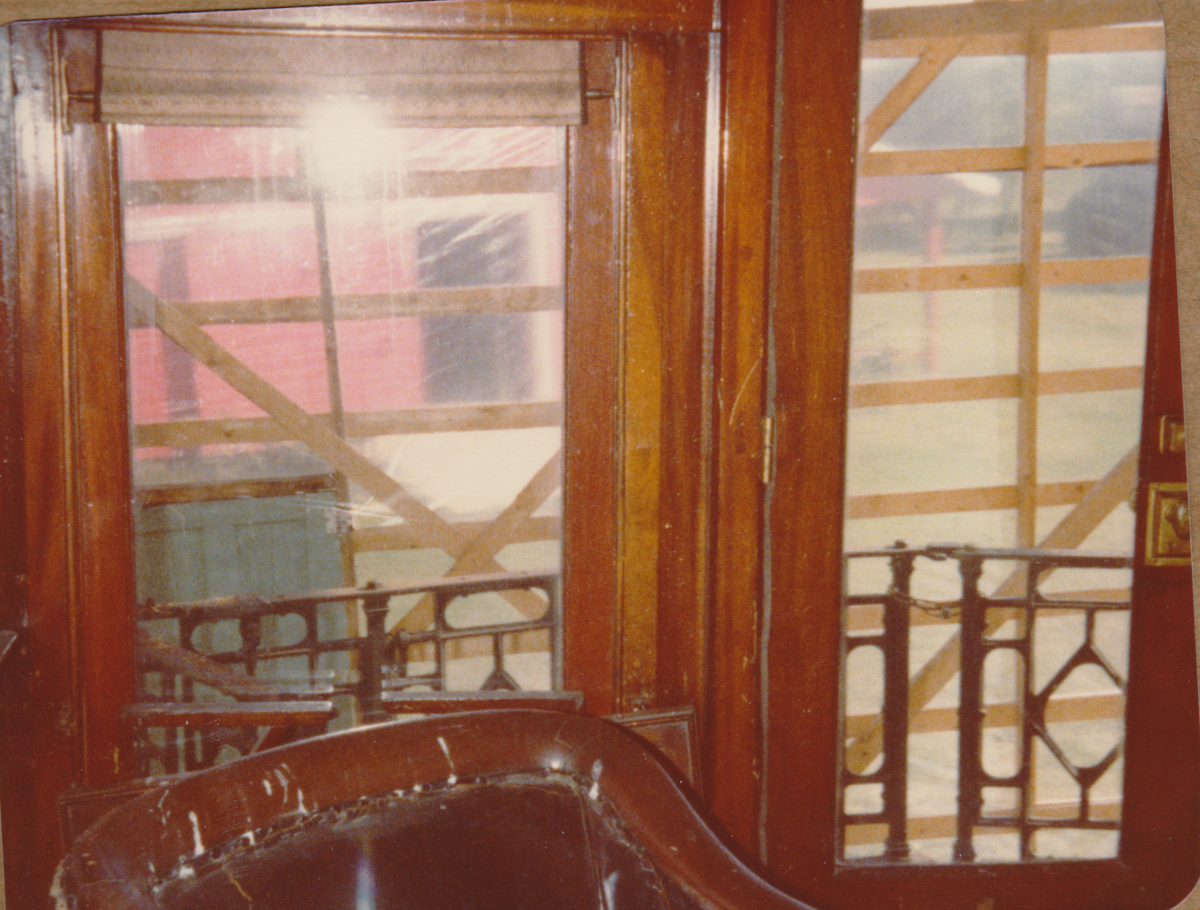 Archive.org has a nice McClary (London ON) catalog from 1914 but it has no Marquis model as shown above. This stove does have a 'marine' stove feature in that there is a metal fence running around the burner area to prevent hot pots from sliding off the stove if there is excessive slack action.

Its compactness may be an indication that clean-burning, energy-dense coke, burning within a firebrick lining ... might have been its fuel. Perhaps the bunker to the left of the stove was used to store fuel.