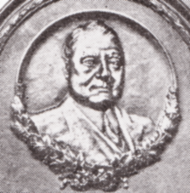 This post presents a fragile, old artifact from the 1940s,
which documents an obscure, yet critical, aspect of the Canadian National Railways.

As you can see, this record wasn't stored with great care.
Perhaps it came from the wholesale disposal of the railways' headquarters libraries in the 1990s. 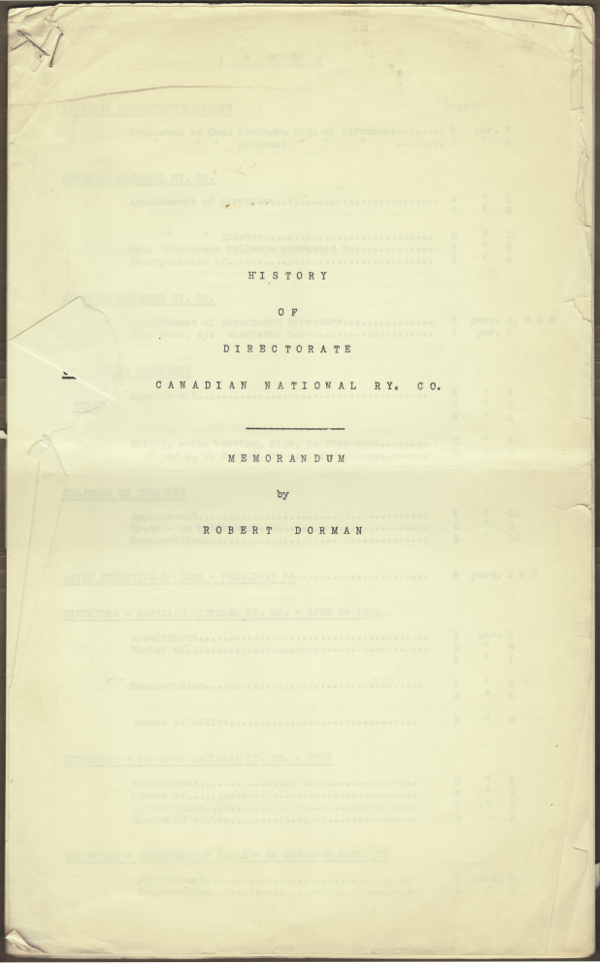 A casual effort produced no biographical data, nor a published obituary for the author - Robert Dorman. Because of his contributions to historical documentation, this is unfortunate.

You will find his name all over the internet. In the mid-1930s, he produced a key reference work which was updated and republished by the Canadian Institute of Guided Ground Transport in the 1980s.

Here is some information on Dorman's work in the 1930s.

Here is the index of Dorman's history of the CNR directorate, followed by the main text of his history.


If you choose to download and save these images, you should find they are uniform in width.
As usual, the Google algorithm fiddles with the display of longer images. 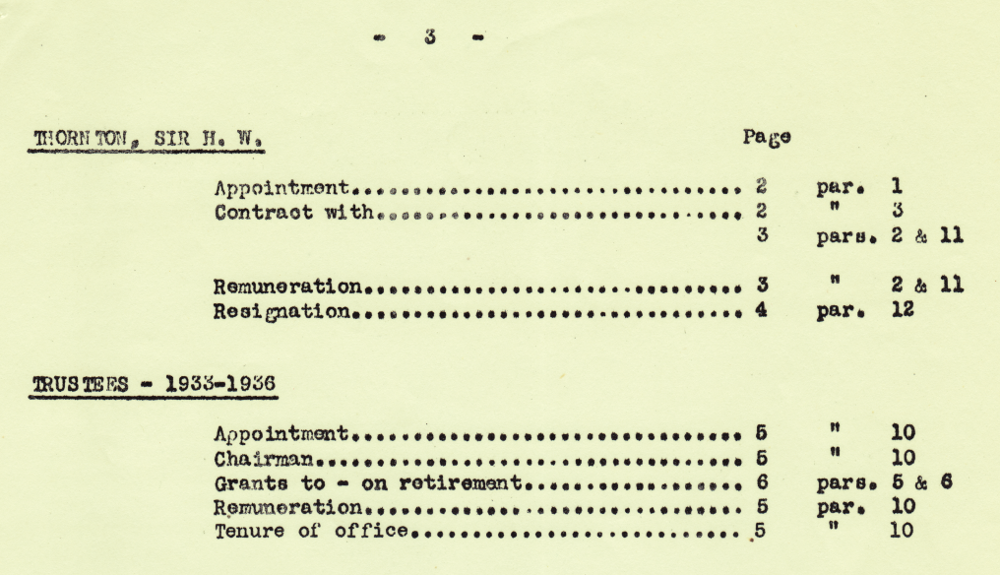 In 2017 dollars, Henry Thornton's salary was about $1 million.
(Considering the way many mediocre corporate officers are overpaid today, that would be quite a bargain now.) Good corporate practice today is to have the roles of a company's (1) President and (2) Chairman of the Board ... performed by two different people.

The company's 'hired hands' are the President and the other corporate officers. They manage the company on a day-to-day basis and consider future operations. They are hired and supervised by the Board ... today Boards have a number of specialized (sub)committees, such as Audit; Finance; Compensation; Corporate Governance; Public Policy; etc.

If a strong and charismatic executive is both President and Chairman of the Board ... the Directors may not rein this individual in if they begin to exercise poor judgement.

The Directors, if they are pliant and have no independent Chairman, may not have the necessary group dynamics to rise up and fire a President if this is necessary for the good of the Company.

Sir Henry Thornton was both President and Chairman of the Board of the Canadian National Railways. He was a proven, American-born railway professional with experience on both sides of the Atlantic Ocean. He was hired to integrate the collection of government railways into some kind of coherent system.

All indications in this document suggest that he was doing a job which met the approval of the directors and the 'shareholders'.

Then the Great Depression began and Mackenzie King's Liberal minority government was replaced for 5 years by RB Bennett and the Conservatives 1930-1935.

In Thornton's biography, it is suggested that 'whispers' about him began 'in Montreal' and these led to his downfall. If the CNR was developing into a going concern while the Liberals were in charge, one might infer that the Montreal-headquartered CPR wanted to avoid having the CNR become too effective a company ...

When your 'shareholders' are 'The Government' - that is, a cabinet full of politicians - support for a 'hired hand' can end rather abruptly.

Sir Henry's death from cancer came shortly after his resignation was demanded.

You may draw your own conclusions about what kind of leader Thornton was ...