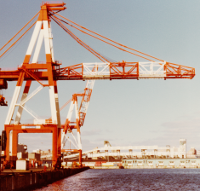 The first group of photos was taken at the container terminal at Halifax (near Point Pleasant Park) in October 1980
- often referred to as Halterm. 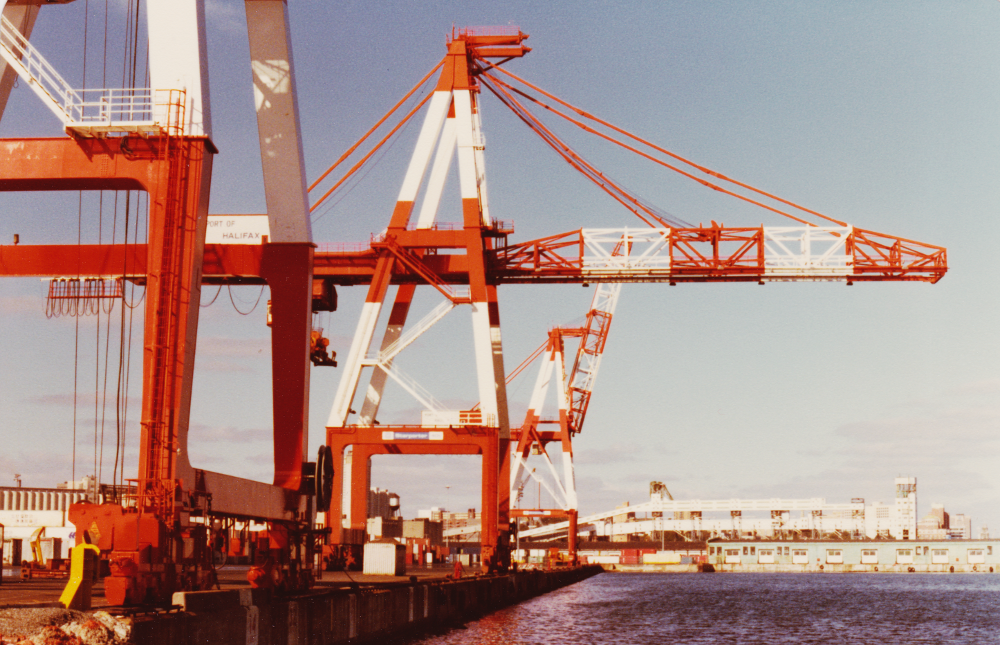 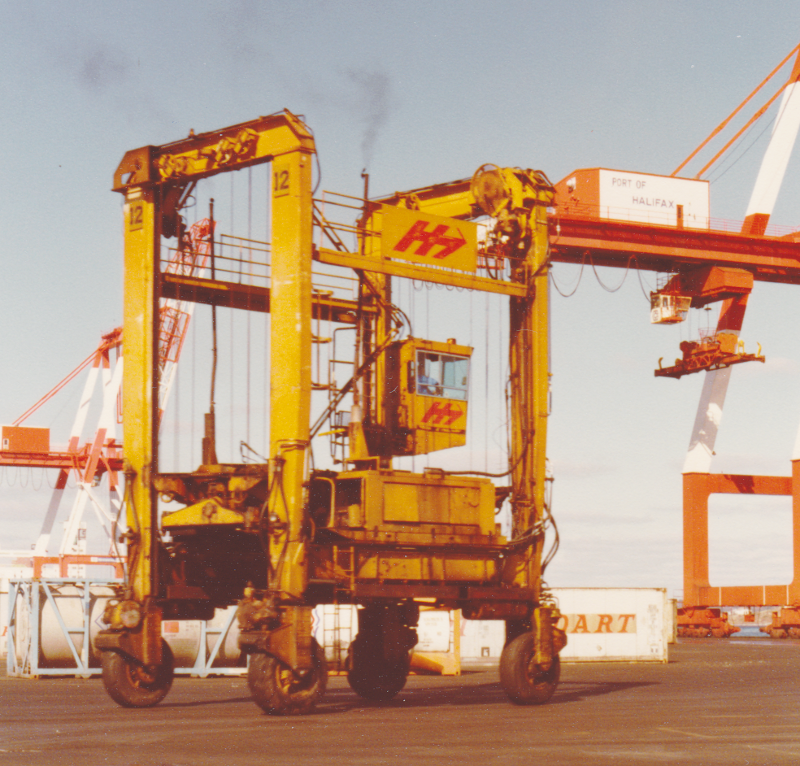 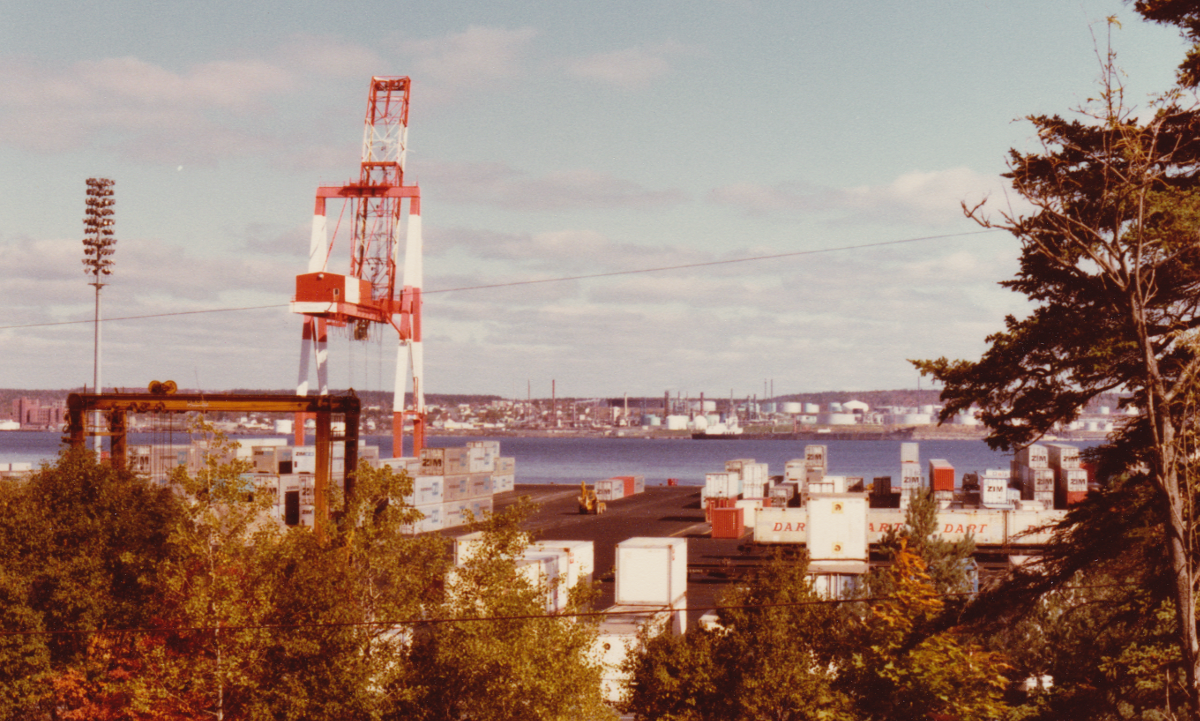 This view looks across toward the petroleum facility at Dartmouth.

The next group of photos was taken from the Young Avenue overpass. 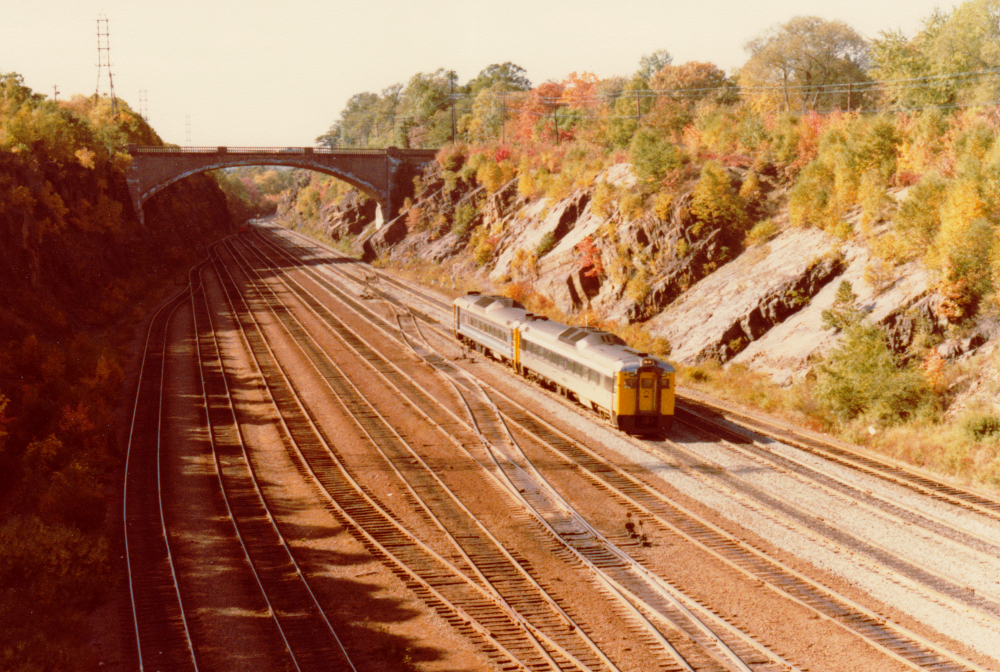 This looks approximately west toward the Tower Road overpass.
A rail diesel car train arrives.
Two tracks to the left, at the ladder track, is an orange maintenance of way track speeder.

This view looks approximately east toward the ocean terminals.
The right image was particularly resistant to colour correction.

Detail from the right side of the above image.
Halterm is beyond the right edge of the photo.

The left image reveals the yard at the VIA passenger station. 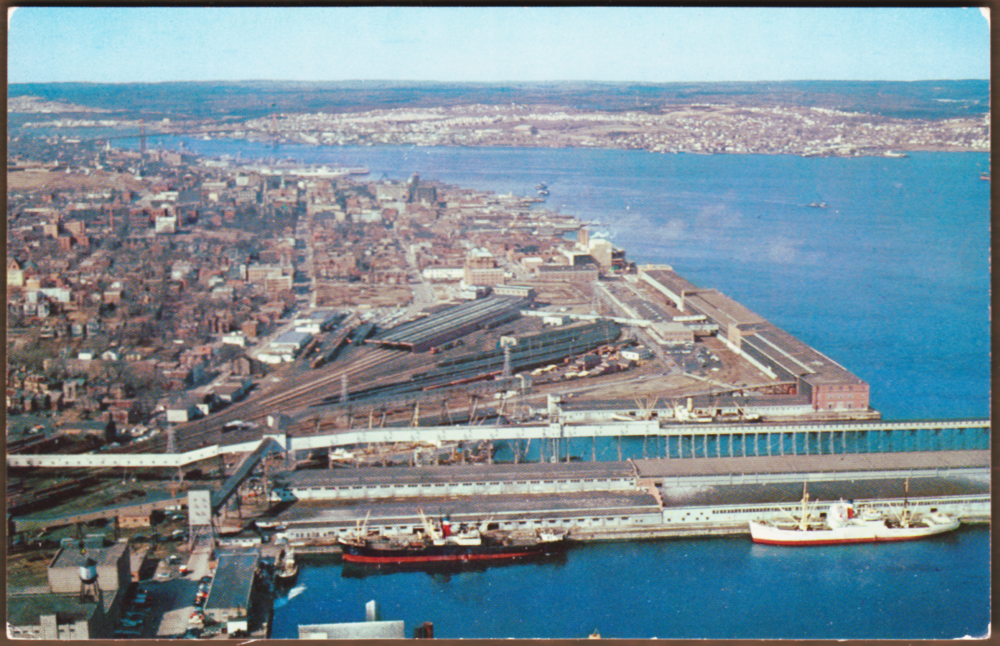 The unused postcard above is perhaps circa 1960. Attached to the trainshed and station is the former CNR hotel. Back when most returning military personnel, immigrants and travellers arrived on Canadian shores by ship ... dockside piers and walkways were integrated with the railway station and hotel. Express and postal facilities and railcars are also visible.

Dartmouth is across the water. To the left are 'The Narrows', to the right is the open ocean. 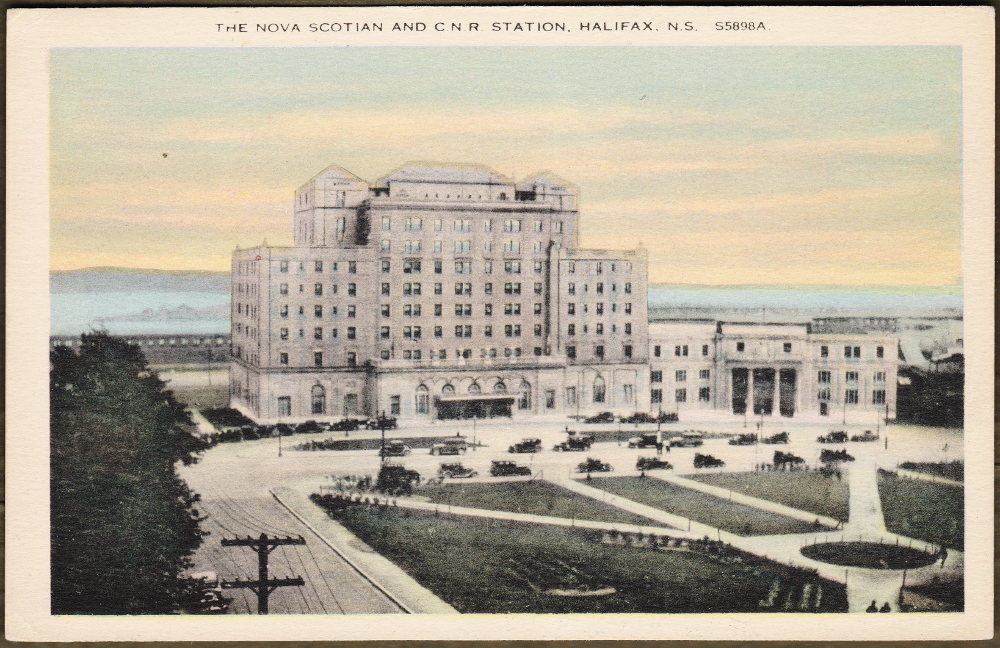 This colourized view is perhaps circa 1930.
The trainsheds radiate to the right from the station.

This artist's image from a postcard shows the the pier, station, hotel complex in the foreground ... and the future Halterm area farther along the shore. The railway line (white) to the rest of the continent leads off the image at the right.

Three steam locomotives are working on the devilish switching problem the artist has created in the passenger yard.

As you have seen, the final product was 'not exactly as shown' above.


Jim Christie was kind enough to contact me regarding the last image. He was able to find an article about the Halifax Ocean Terminals as they were originally proposed from his own searchable archives.

I have included the entire second page because I always enjoy the other articles around the particular reference. After this article is Jim's original link for the particular volume of this journal in case you want to explore further. 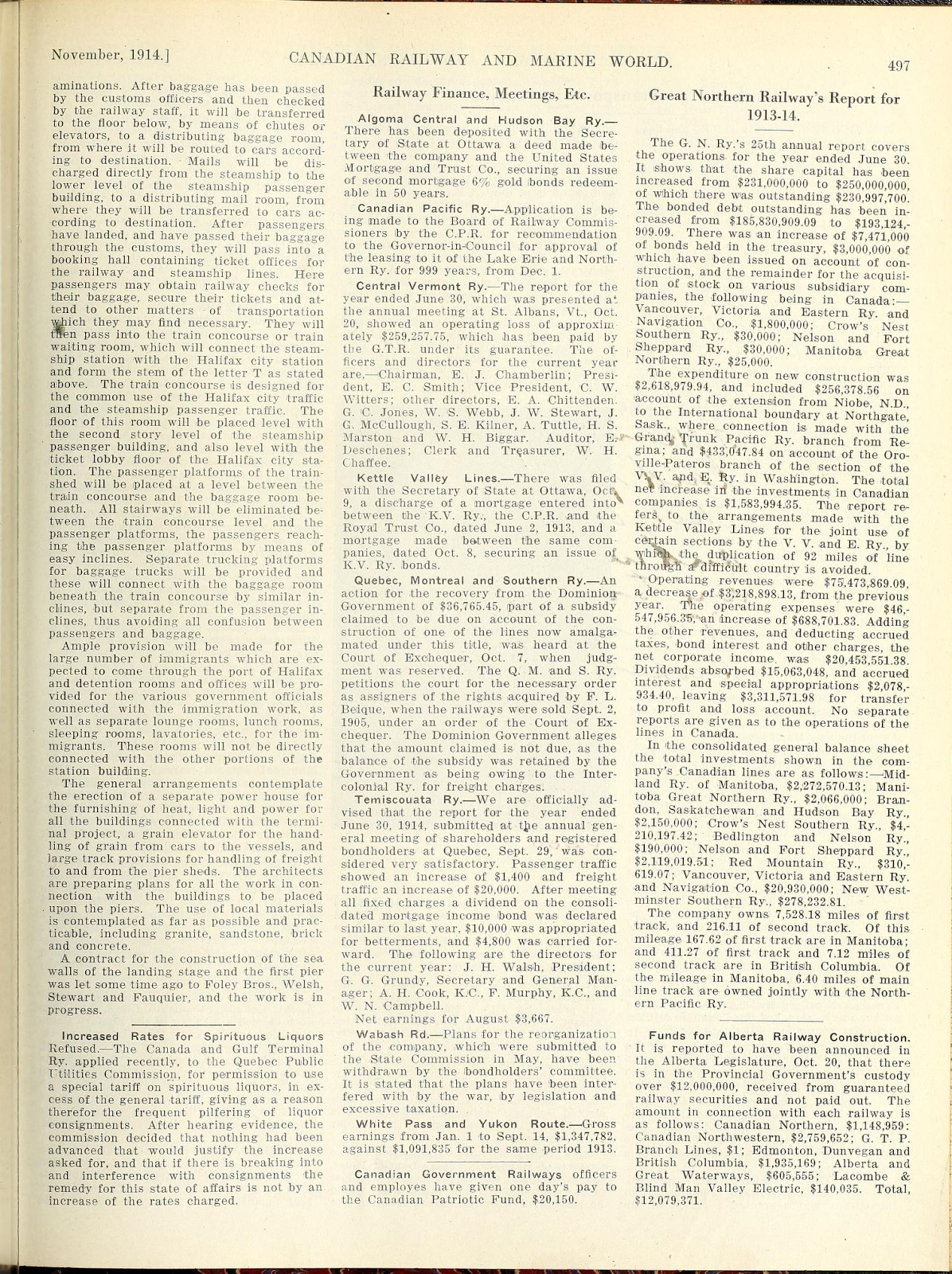