An article follows which gives a contemporary explanation on the 'water brake'.

A simple modern parallel is that this technology is like today's dynamic braking on locomotives - in the sense that an 'opposite force' works against the original engine design to slow the engine and thus the train behind it. Once initiated, this force can be adjusted by the engineer. (Trains are strictly linear in their operation - an operator directs force forward or backward. Trains have no 'bow thrusters' or rudders, they don't swerve, they don't have controls to pitch, roll and yaw)

A special valve is installed on the boiler backhead for the engineer to operate. It is designed to take 'superheated' boiler water to introduce on the 'exhaust side' of the pistons.

When using the water brake: The throttle (steam supply) is closed. With the petcocks (cylinder condensation drains) open, the special water valve is opened and the locomotive is 'shifted' into reverse gradually. The water valve is adjusted by the engineer to produce the right 'exhausts', while the reverser (steam cutoff) is adjusted to slow/brake the train as required.

A disadvantage of this braking process is that this unusual force displaces the lubricant from within the cylinders and the lubricant must be restored for normal operation.

An advantage is that this braking process avoids overheating the steam locomotive's (steel) tires - the 'replaceable wearing surface' used on the driving wheels.

... You see ... if the brake shoes (applied on the drivers through 'straight air' brake application during this era) are applied too long on the drivers because extra braking force is needed (braking beyond that coming from the normal train brakes) ... the tires can become overheated. Heating, causing tire expansion, is the method used to fit and install these tires around the wheels at the shops ... and excessive heating out on the road can cause the tires to expand and detach from the driver wheels. 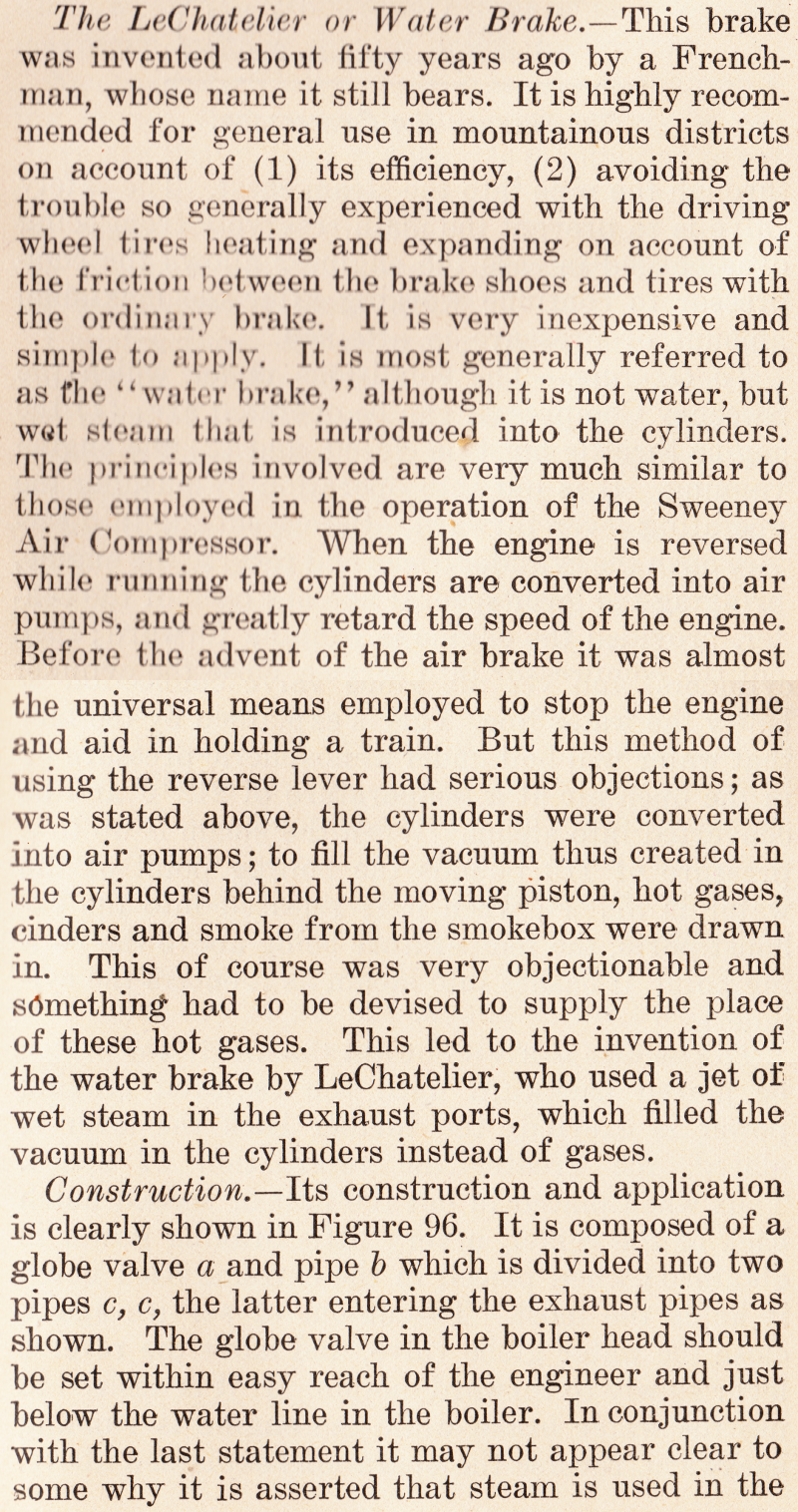