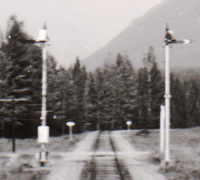 LC Gagnon's September 1950 trip continues west from Field. At the end of the post are the Special Instructions for the Absolute Permissive Block signals you'll see along the way. Included with the actual employee timetable showing the scheduled trains, are the subdivision-specific instructions used during this last decade of steam in Canada.

... It seems that whenever the rulebook got out of date due to the progressive march of railway technology ... employee timetables across the land became inflated with pages of Special Instructions and many of these would eventually find their way into the rulebook.

... There were also numerous other booklets of general operating instructions and other specialized rules which employees were wise to carry in their travelling libraries - depending on their running trades job.

A passenger conductor in 1954 had to know how to handle: Item 74 Returning Banana Messengers.

In 1958, engineers and conductors needed to be conversant with six pages of:
Instructions in the Event of Death On Board Trains or Injuries and Death as the Result of Accidents Involving Trains. Leaving Field, the majesty of Mount Stephen stands out beyond the wires and the Kicking Horse River. As often happens on a nice summer day, humidity in the air causes distant features to become ghostly.
Most of us flatlanders only see this effect on the daytime moon, so a spectral Mount Stephen would seem particularly striking. 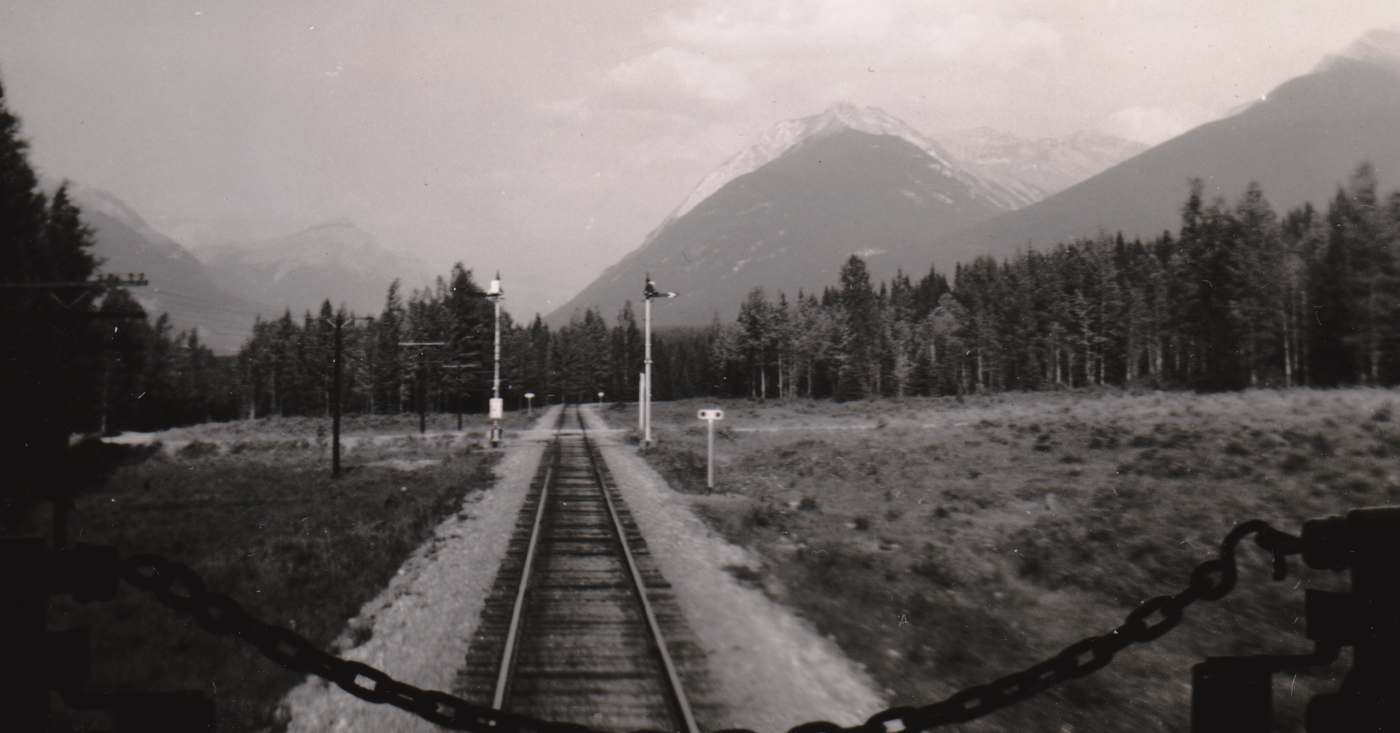 Permissive signals with their pointed semaphore ends.
The special instructions for these signals appear at the end of this post.

Number 7 continues along the valley of the Kicking Horse River.
Our maximum speed, Field to Golden, is 35 MPH. A meet with another passenger train.
Glacier-fresh water from the eastbound's tenders is simmering over heavy-oil fires. This is indeed mile 31.6 at Cloister.
The eastbound absolute semaphore (square end, 'A') is probably rising - as we have just cleared the block.
This is not Centralized Traffic Control, and if dispatchers had control over the home signals, etc,
the intricate timetable grid at the end of this post would not have been necessary.

This westbound train has just passed an upper (main track) and a lower (diverging route) staggered set of signals
(maybe a light above and a dwarf arm below?) ...
whose silver backs you can see to the left of the bridge.

An eastbound leaving the siding would be governed by that left-side mid-mast dwarf semaphore arm.

Also notice the telltale near the tunnel mouth. My father believed this was Train Number 4.
As his notes mentioned, at the beginning of this series ...
photofinishing in the 1950s provided separated, un-numbered negatives.
This made his efforts to arrange these prints 'in negative order' difficult.

Above, I think you can see a meeting of The Men of Gravitas Club.
Their leader is probably he with his foot on the chain.

The flagman gives his mandated 'all is well' safety acknowledgement below the right marker. 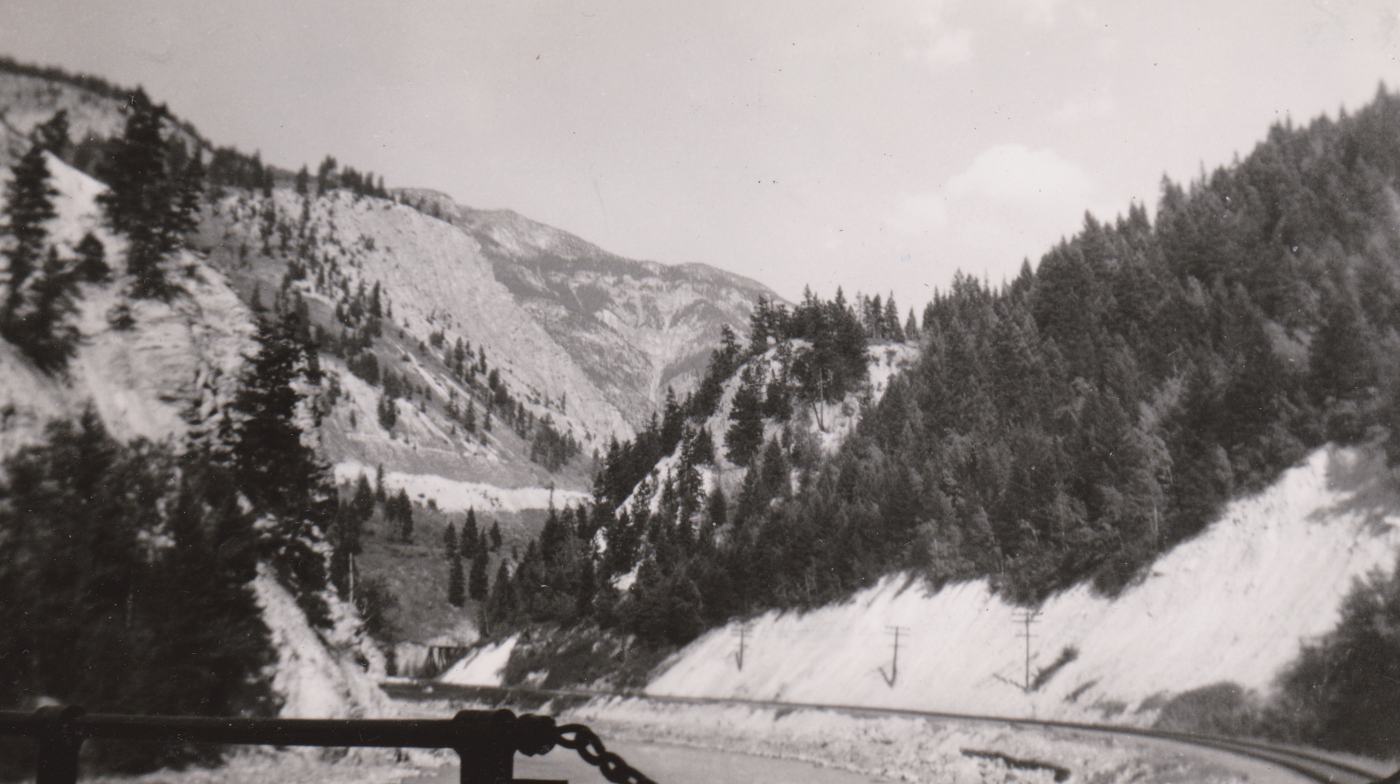 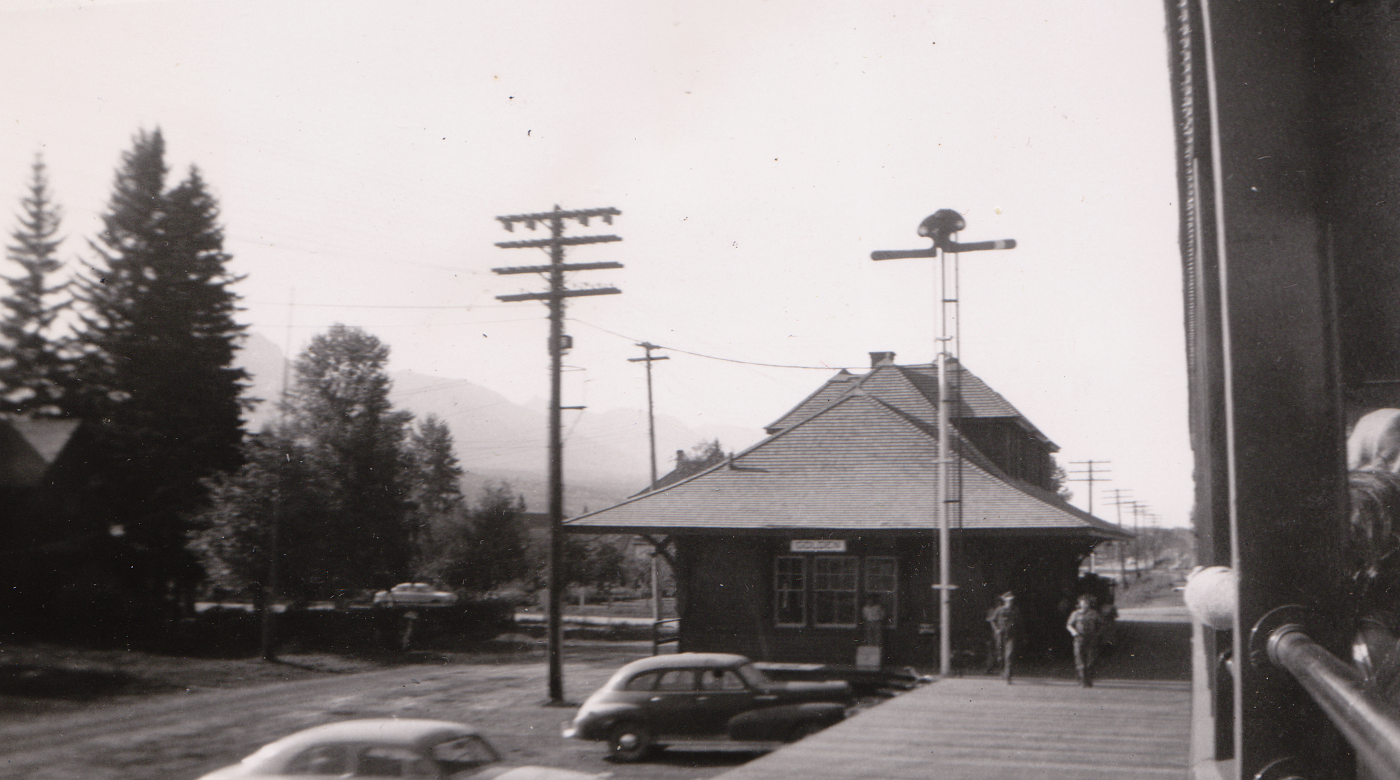 Feel free to speculate
if that is really an engine crew walking on the platform,
and on what their next official duty may be.

Below are the promised timetable pages.