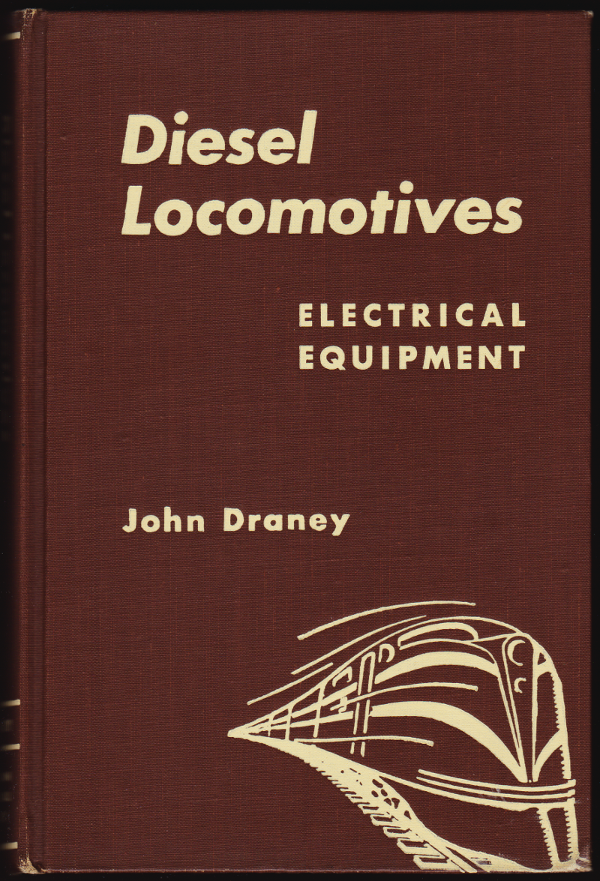 I purchased this book at a used book store during a visit to Fort Erie in the late 1980s. I have included a few representative photos, diagrams and sections of text which I hope readers will find interesting. Sometimes odd little bits like this can help some ideas pop into focus.

This book was owned by an electrician who probably worked at the CNR shops at Fort Erie.

It describes itself as 'a practical treatise on the operation and maintenance of railway diesel locomotives'. It was published by the American Technical Society, Chicago - originally in 1943. John Draney worked with an advisory board of 'fifty prominent railroad men' to produce this book.

If I recall my reading correctly, after the US entered into World War 2, the government agency then responsible for industrial production limited diesel-electric locomotive manufacturing to already existing models ... this was no time to innovate or experiment with railroad locomotives when existing steam, electric and diesel-electric models could meet any wartime needs. General Motors EMD and, to lesser extent, Alco were given the advantage of being able to produce and gain operating experience with their diesel power through the war years.

The introduction of diesel locomotives required different knowledge, training and skills for shop staff and the running trades. Rolly Martin - qualified as a steam locomotive fireman - used to tell me of his experiences in Schenectady, New York where he trained for diesel service at Alco's facility there. In the 1960s, as the first generation diesel power aged and was run in longer and longer power consists, grandfathered diesel locomotive 'firemen' were often quite busy keeping enough units on-line to ensure that trains made it over the road.


Like a historical re-enactment of the 'grandfathered locomotive fireman' ... in the late 1970s (I was riding deadhead - the headend trainman minded the road ahead) I followed Rolly back into an old B-unit (the third or fourth unit in the power) and watched him bring it back to life.

The bells were ringing, there was oil all over the floor, any useful light was provided by shielded incandescent bulbs and the whole environment was rocking and lurching irregularly over the winter roadbed. After he examined the situation and assertively snapped switches, etc, the deafening roar and the vibration of the diesel motor returned - maybe not 'for good' but 'for long enough' to climb a key grade.

While the locomotive companies' manuals were available to engineers and firemen, having a nice overview of this new type of power was probably also handy to unify the theory, operation and mechanical technology of diesels - particularly in the early years.

The book does lack continuity and consistency, as the Alco and GE equipment is treated differently in respective sections. It also becomes very technical in places with detailed electrical schematics. I have tried to pull out a variety of 'light' items in the order in which they appeared in the book. Some may become clearer if you stare at them for a while.

While it has its rough edges (and gutter shadows - sorry) this book is an interesting historical document as it presents diesels as they were designed, operated, maintained and explained before the 1950s. Early diesel cabs were spartan and (like steam locomotives) if you were in the cab,
your apprenticeship should have prepared you for all the unlabelled gauges, switches and valves! 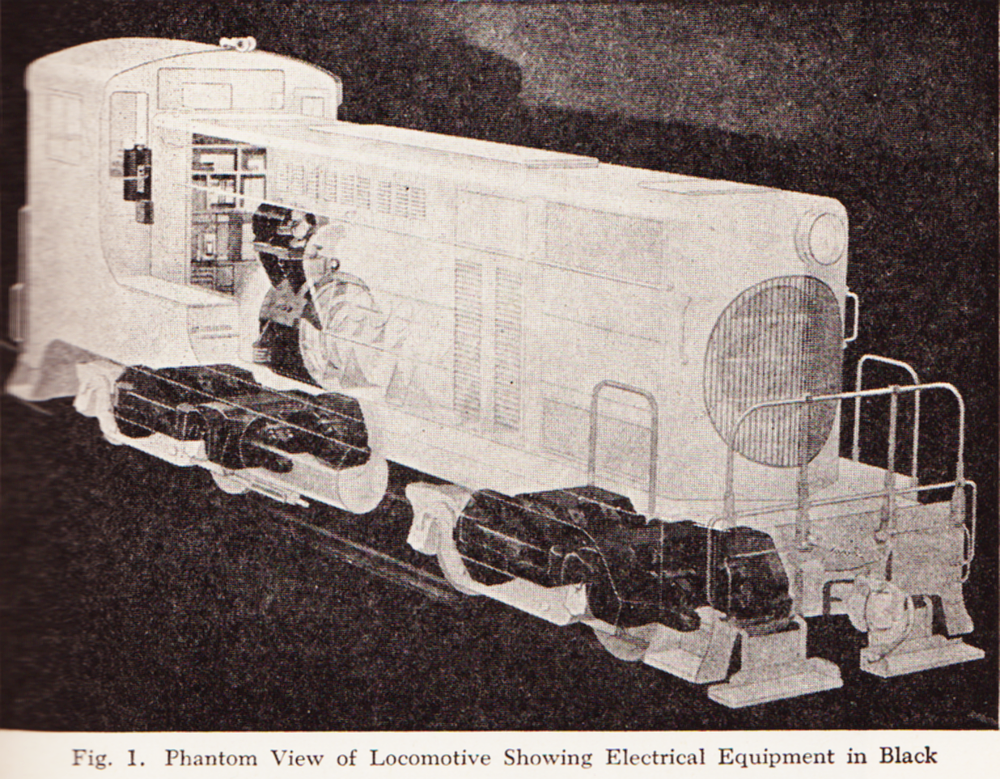 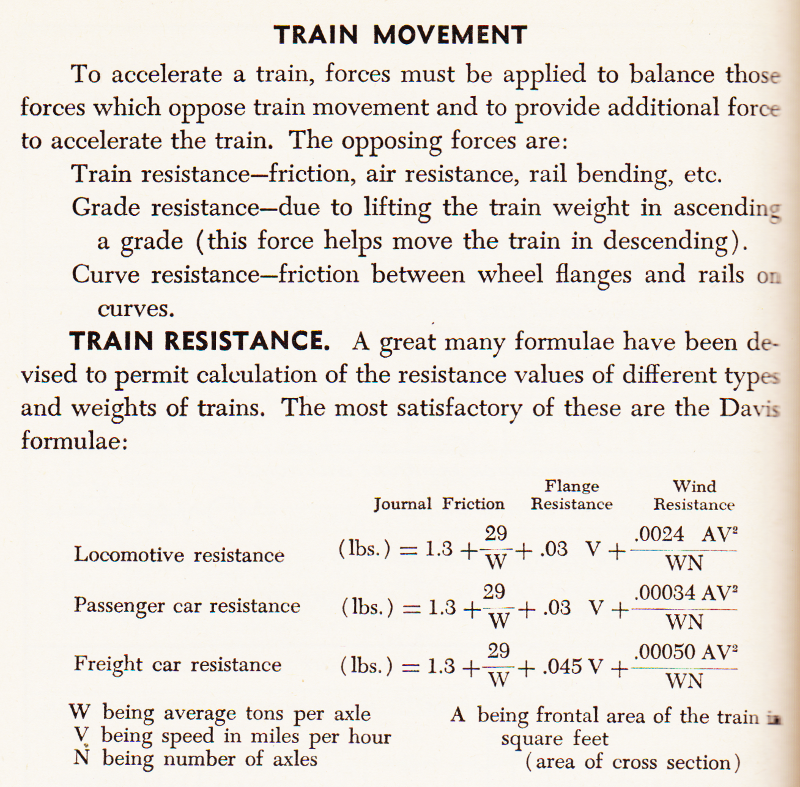 Generally, I believe the single greatest consumer of energy is grade resistance. 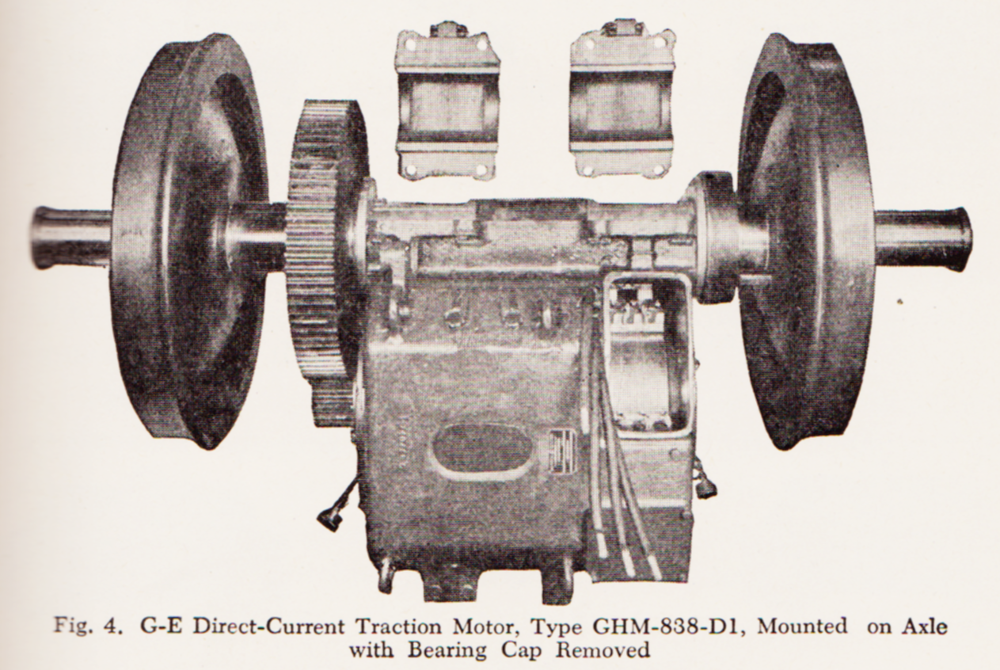 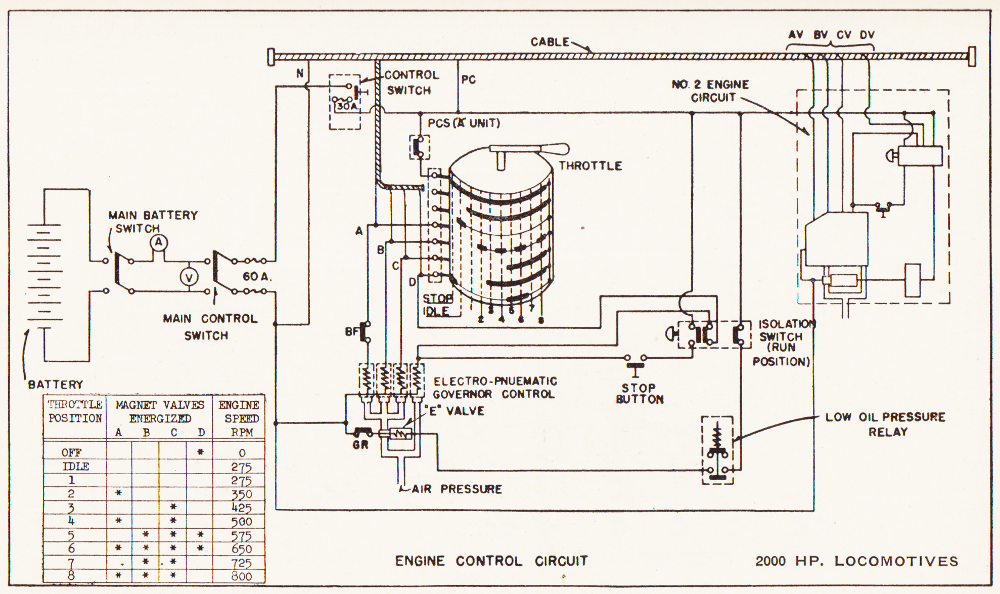 An export unit (with buffers), I'd be guessing.

The following section provides an interesting overview.
Of particular interest is the lost art of
manually taking locomotives through 'electrical transition'
(under Transfer of Motor Connections).